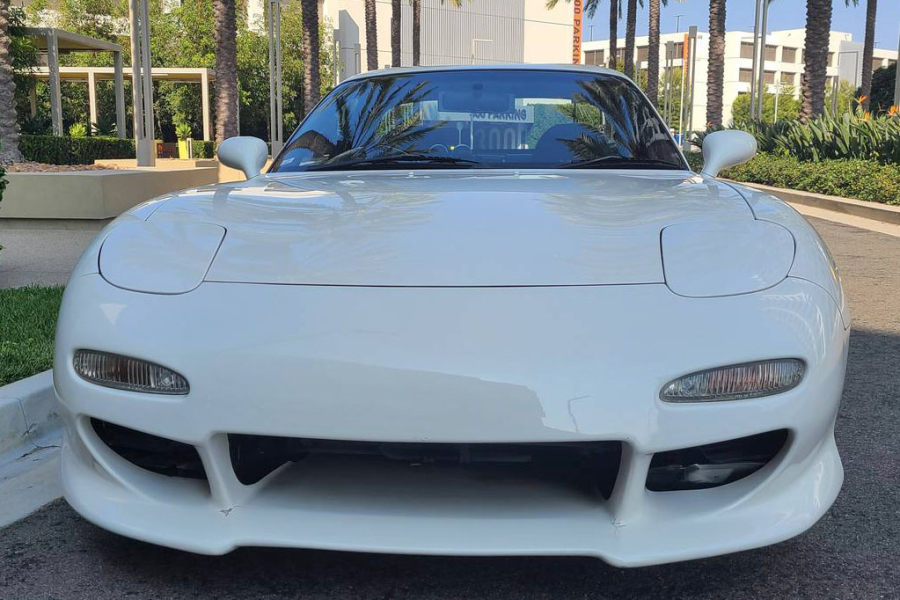 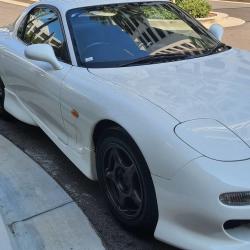 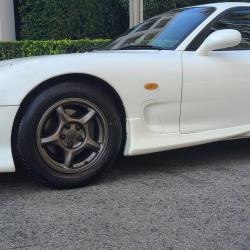 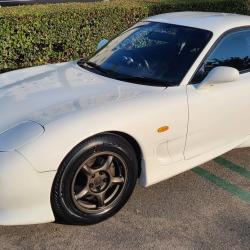 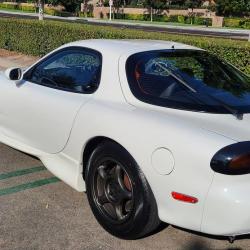 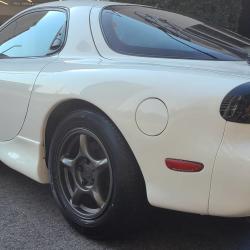 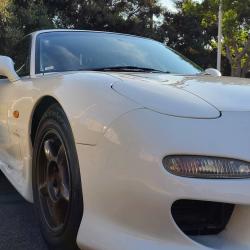 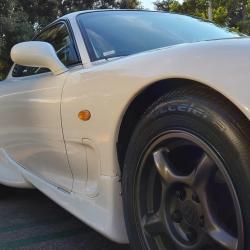 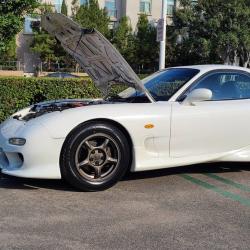 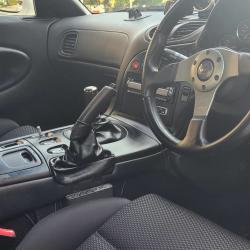 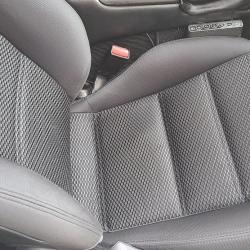 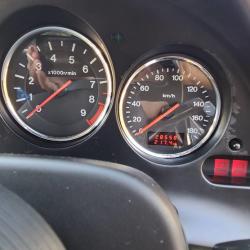 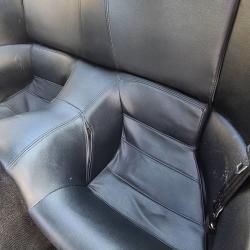 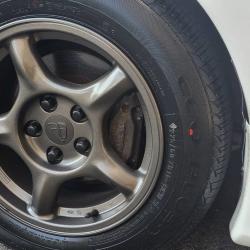 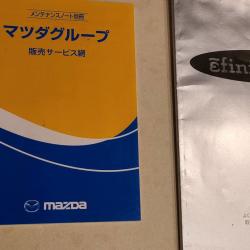 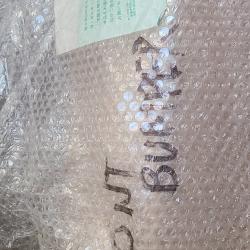 Launched for 1993, Mazda’s 3rd-Generation RX-7 was completely redesigned and re-engineered with a function over form approach, resulting in a car that was at once lighter, nimbler, and faster than its respected and long-running predecessors. Continuing with powerful, small-displacement Wankel rotary engines, the latest RX-7 generates an astounding 255hp from its 1.3L twin-rotor engine featuring sequential twin turbochargers for amazing throttle response. Such an exquisite driver’s car could only have come about during the ‘80s and early ‘90s, when Japan’s pre-Banking Crisis economy still flourished and committed engineers seemed to hold sway at Mazda over the bean counters, resulting in the company’s electrifying back-to-back victories with its rotary-powered Group C racecars at the 24-Hours of Le Mans in 1990 and ‘91. The last RX-7 was the product of those heady days, with US exports sadly terminated in 1995, while home-market sales continued through 2002.

This 1995 Mazda RX-7 is a particularly tasty variant, being a Type RB Bathurst Edition and 1 of 700 produced that year. A JDM (Japanese Domestic Market) example, it of course sports the right-hand drive configuration. The low production number indicates that it was a racing homologation special, and the “Bathurst” designation was named in honor of Mazda’s success on that very fast and storied Australian racing circuit, where the RX-7 was victorious for three consecutive years from 1992 through 1994. As related by the seller, it’s flawless, starts up every time with no smoke or issues, and comes to market with under 19k miles with the original paint finish. The seller advises they are only the car’s second owner, having purchased it from the original owner in Japan, followed by proper legal importation into the United States, and just 300 miles have been covered since. Currently registered in Vermont and sporting antique plates, it’s a fascinating and very fast Japanese-market car that will attract plenty of attention from potential buyers. Recent service work includes an oil change, new spark plugs, checkup, and four new tires installed about three months ago. A compression test is available for inspection and the car sports light modifications including the intake, BOV, full Blitz exhaust, turbo timer, and aftermarket gauges. This is indeed a rare car in the United States, with the seller only knowing of three other specimens here.

While the RX-7 had a brief sojourn in North America, many who lusted after one back in the early '90s still want a quality example today. Hagerty pegs the ‘93-‘95 RX-7 in its current price guides from $17,300 for a #4 driver, all the way up to $64,400 for an as-new #1 car. Our special edition, low-mile subject seems to be at least a solid #2 or better, and while that jives with the seller’s asking price, its rare specification seems to be the icing on the cake for us, compelling a well-bought prediction for the next lucky owner.