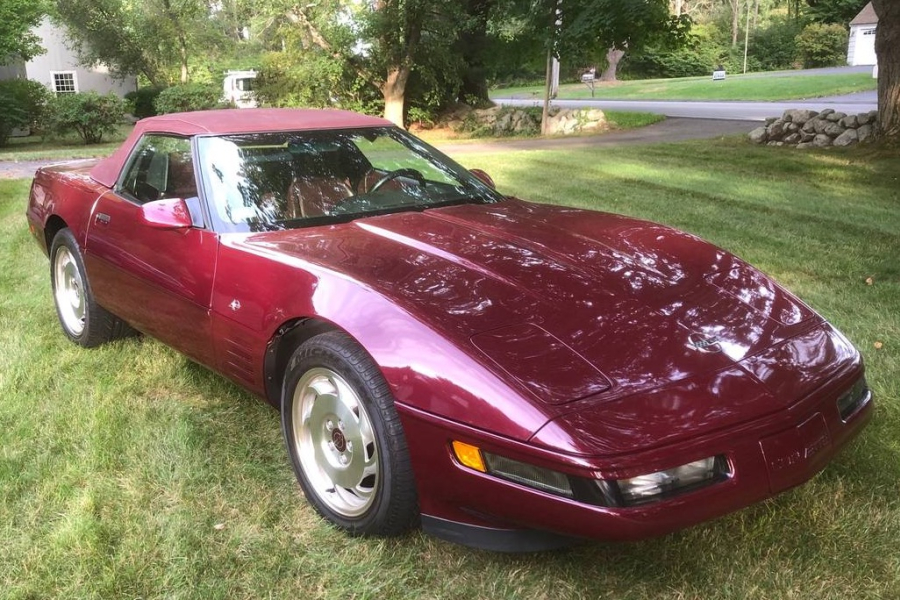 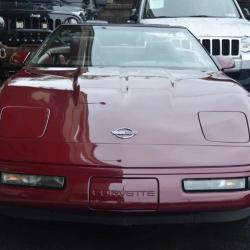 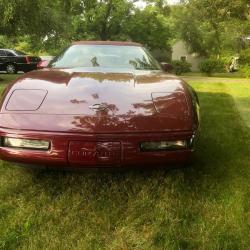 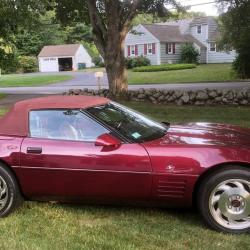 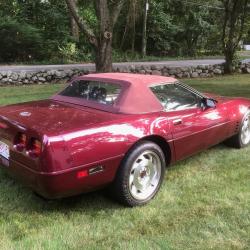 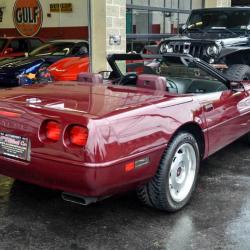 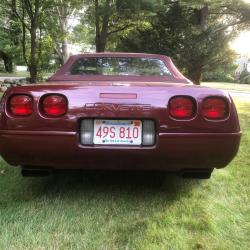 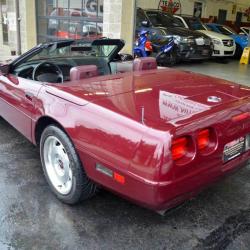 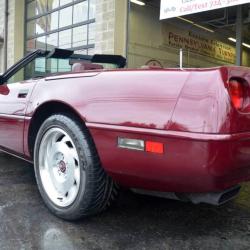 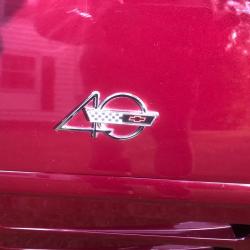 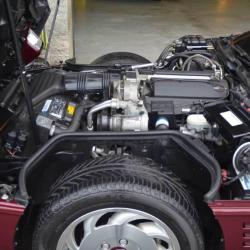 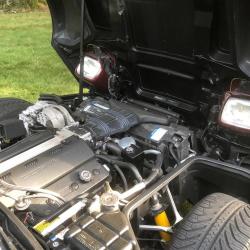 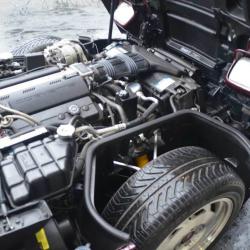 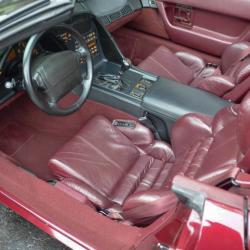 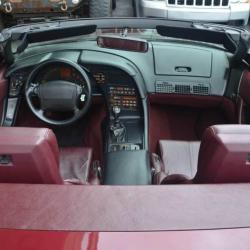 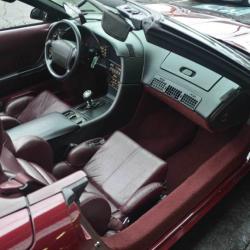 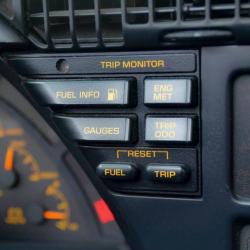 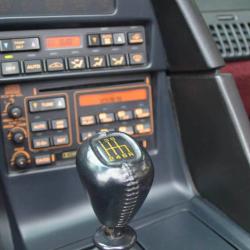 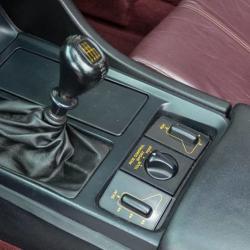 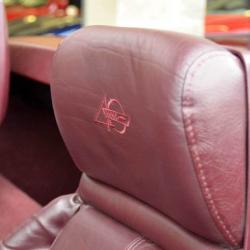 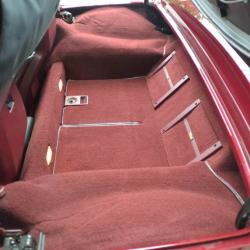 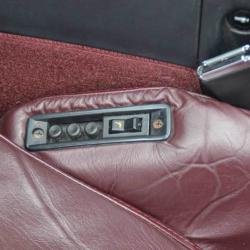 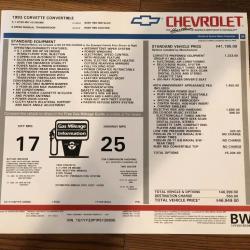 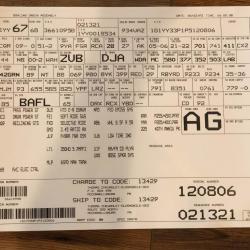 When the fourth gen C4 Corvette came to market in 1994, it was America’s sports car’s first major overhaul since 1968. Besides more contemporary styling, the C4’s primary calling card was handling; it was the first American production car to achieve more than 1.0g on a skidpad. The omnipresent Small-block Chevy 350ci V8 was substantially updated for the C4, and the convertible body style returned in 1984 after a several year hiatus. The 350 was reborn as the 300hp LT1 variant in ‘92 and was offered throughout the rest of the C4’s lifespan until model year 1996. 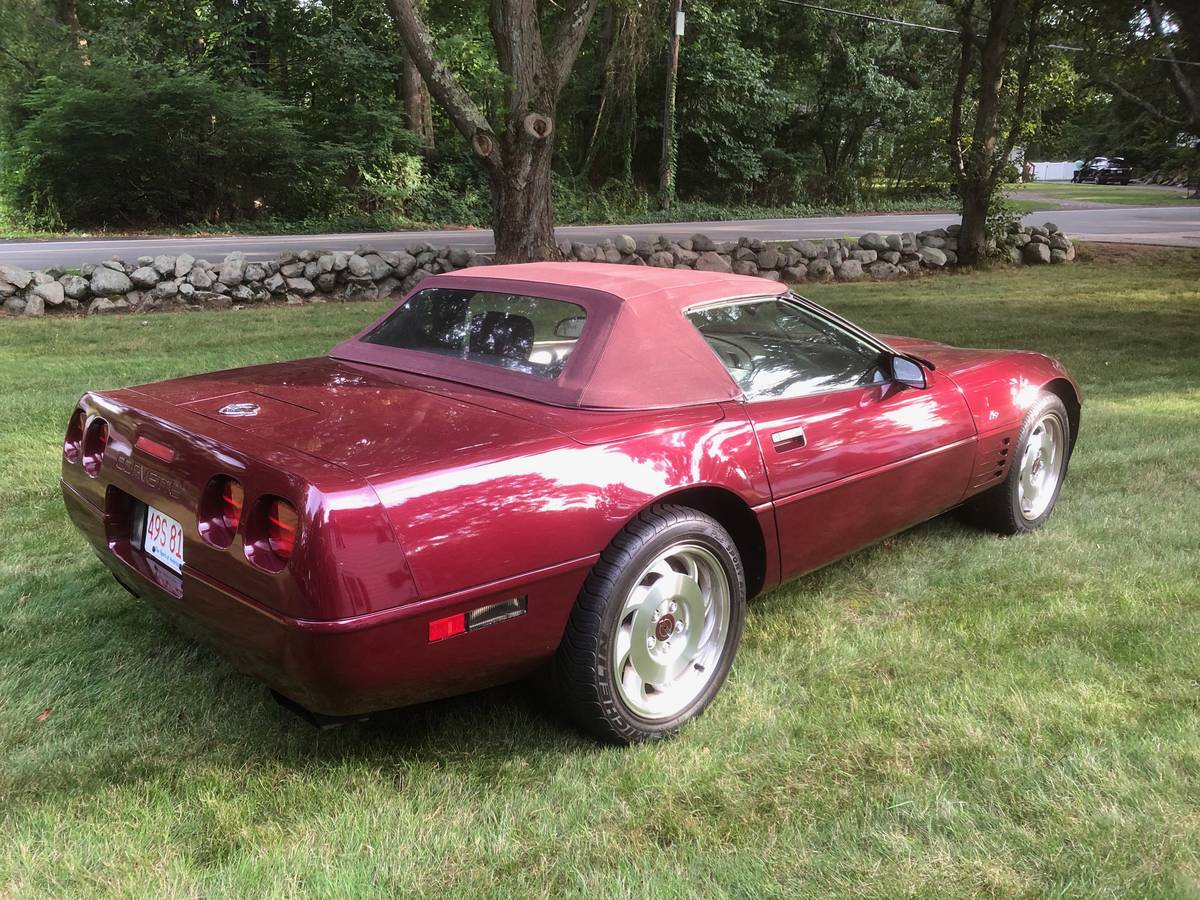 The 40th package (primarily colors, model ID badges, and seat embroidery) could be had on any Corvette model or body style in ’93, and you better like Ruby Red (affectionately known around the ZTS headquarters as ‘California Raisin’), because this vibrantly hued color scheme covered the entire cabin and exterior, and it was the only combo offered for Corvette’s momentous Ruby Anniversary. This one appears dead stock and it presents very well in the photos. The 6-speed manual transmission is a desirable choice that makes it that much more fun to drive while adding value, as well. This is a great sports car you can drive every day, top up or down, around town or across the country. 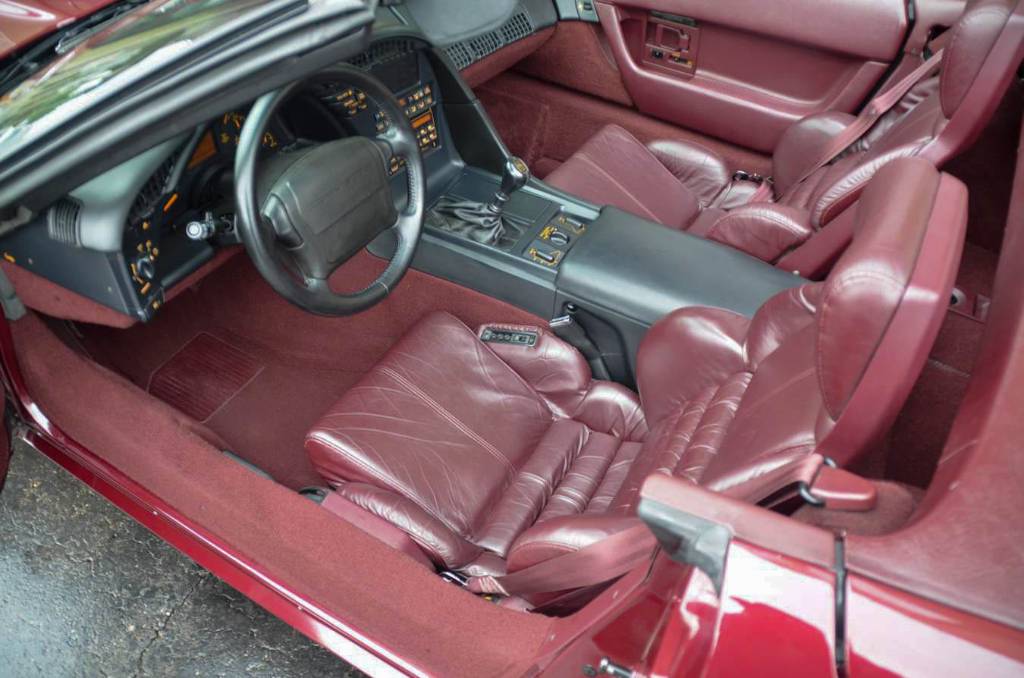 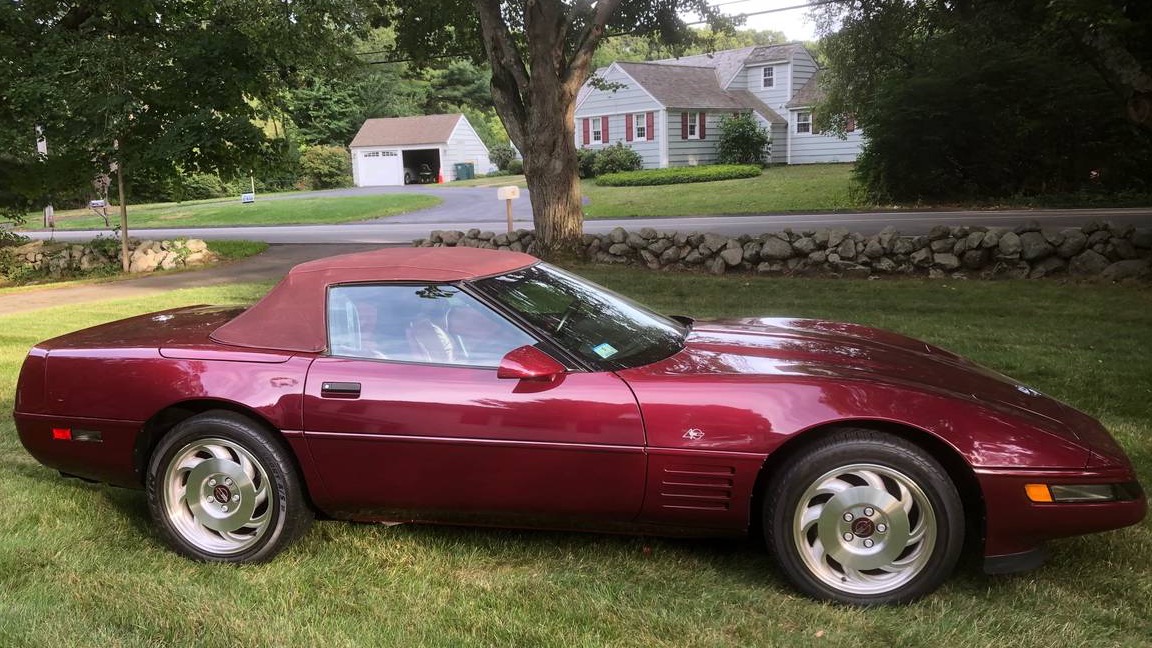 Hagerty rates a #1 Concours condition example at $38k, and an Excellent #2 piece at $24,900, both including the $4k premium for the 40th Anniversary package and avoiding a $1k deduction for the having the 6-speed stick over an automatic. Presuming that the ultra low mileage gives this one a modest bump over the #2 number, the $27,500 ask certainly seems in the fair market to near well bought ballpark.