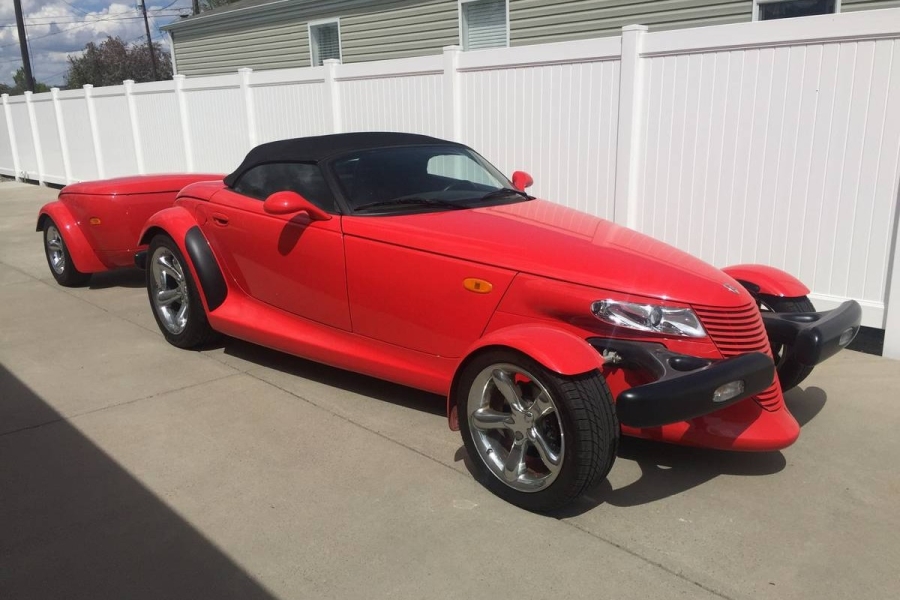 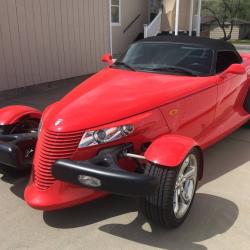 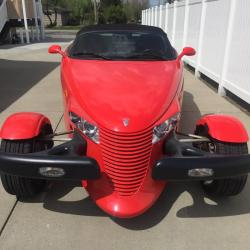 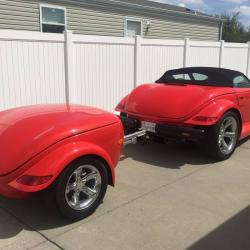 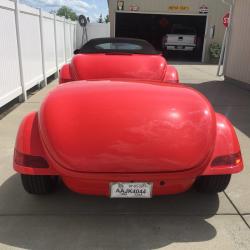 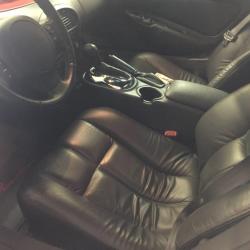 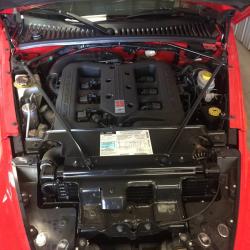 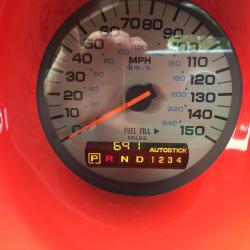 Introduced as a wildly popular concept vehicle at the 1993 North American International Auto Show in Detroit, the Prowler was a radical departure for Chrysler Corporation. Its modernized hot-rod styling – originating from early Chip Foose sketches – may have created a sensation, but beneath that captivating exterior, the Prowler was a technology demonstrator with extensive use of lightweight aluminum, perfect weight distribution, and innovative packaging. Spurred by unsolicited deposits, production commenced for 1997 with the Prowler branded by Plymouth. The 1998 model year was skipped entirely, and when relaunched for 1999, Prowler now featured a 253hp engine spec and very credible performance, including 0-60mph acceleration in 5.9 seconds. 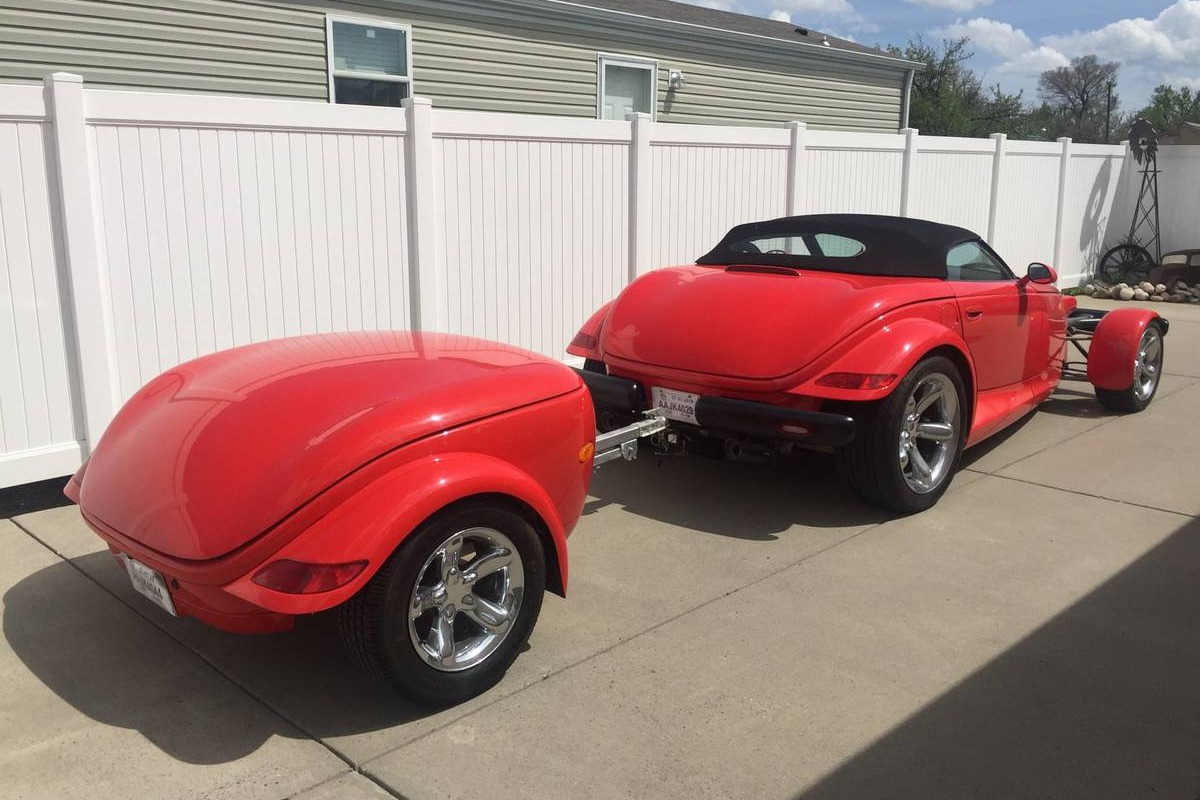 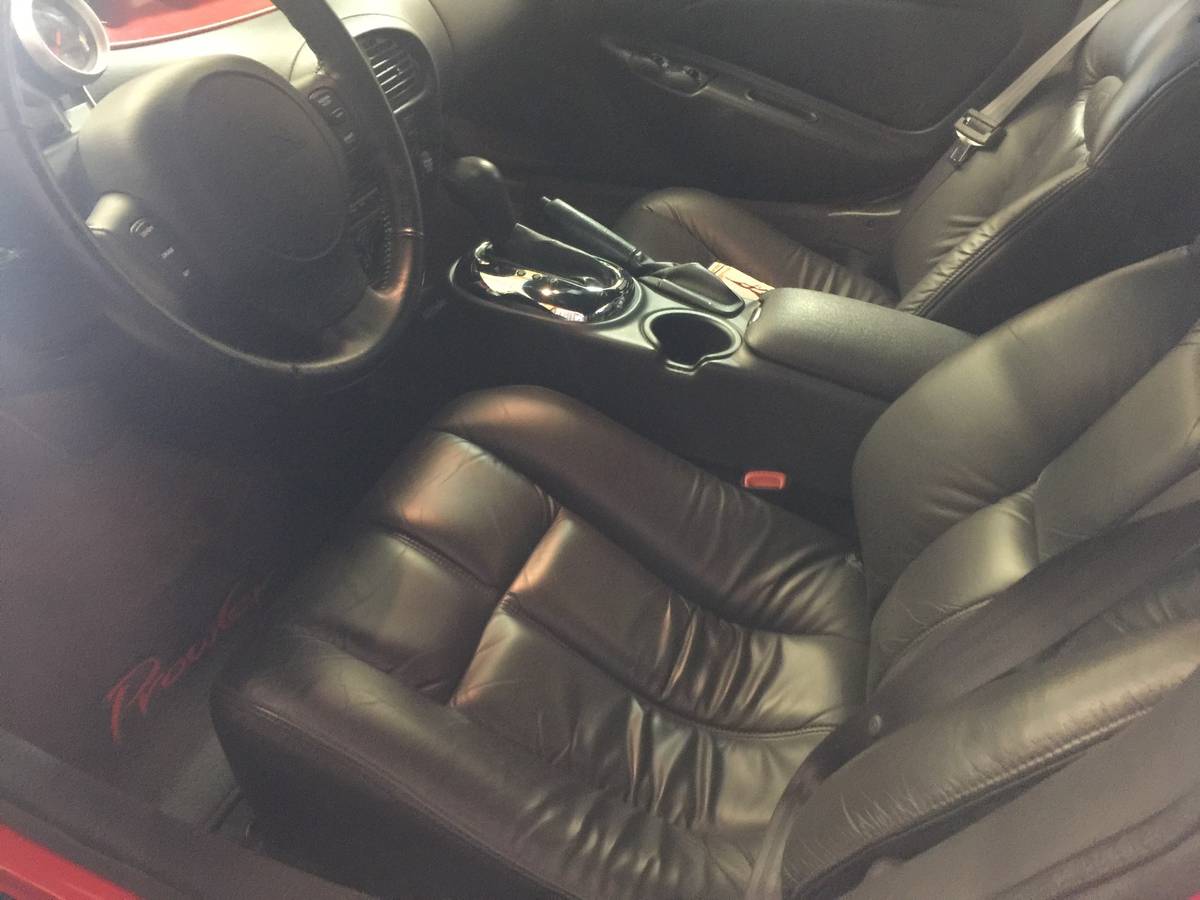 This essentially new 2000 Plymouth Prowler is a barely used example with only an approximate 700 seller-stated original miles. It’s quite rare, as 1 of just 2,746 examples produced for 2000, and looks fabulous in Prowler Red with a matching Chrysler-supplied trailer for fun weekend getaways. The seller advises the Prowler has never pulled the trailer and it benefits from climate-controlled storage and careful maintenance. Offered with a Montana title, this great combination comes with covers for both the car and trailer, plus choice memorabilia, including some dealer-only items, for a fabulous package deal. 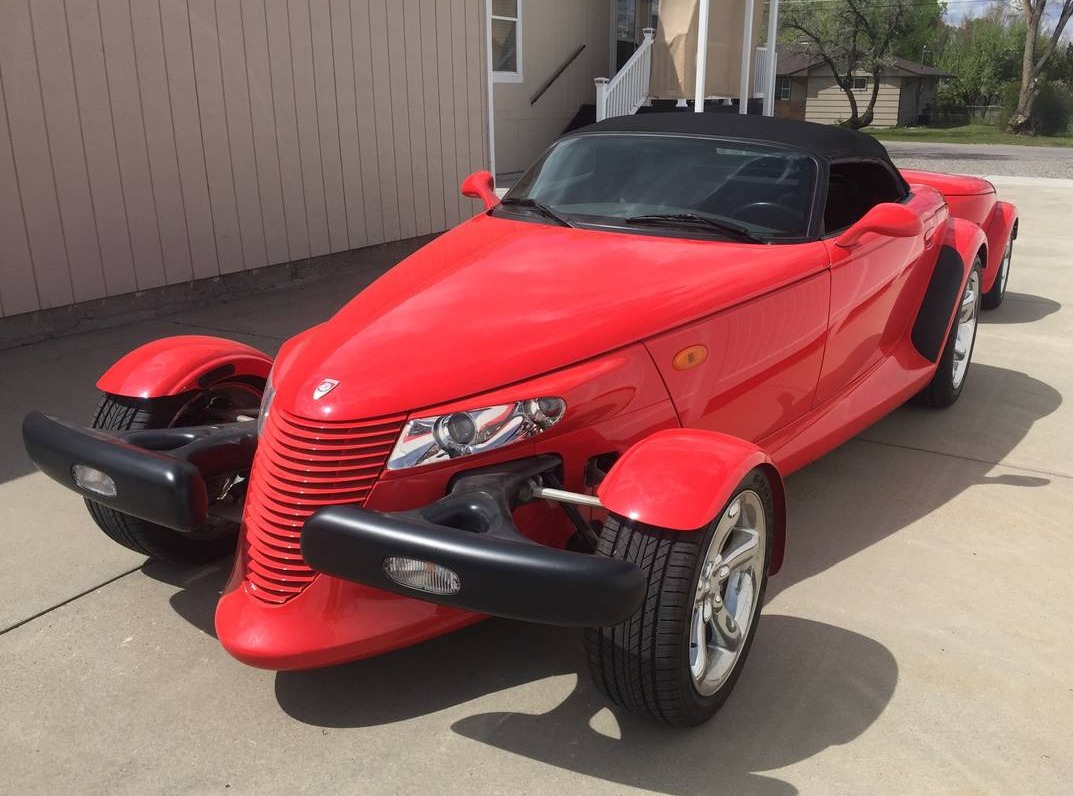 Unknown to many, the Prowler was far more than a style statement. Built as a technology demonstrator, it features a light, yet strong extruded aluminum chassis and lightweight components throughout, while abundant features and passenger amenities usually associated with full-luxury cars were standard. The 4-speed AutoStick transmission offers manual capability and is rear-mounted for excellent balance and handling. However, despite intense early interest, sales were low, likely affected by the 2000 “Tech Wreck” and poor economic climate of the next couple of years. Regardless, the Prowler showed the lengths Chrysler was willing to go to design and build advanced and exciting products at the time. While the Prowler saw only limited production, many are available at any given time today with extremely low mileage or virtual “in the wrapper” condition, like our subject car. Many Prowlers have come up for auction over the last few years, and 2k-10k mile examples consistently sell in the $25k-$30k+ range. We haven’t seen a sub-1k mile example offered in…maybe forever, and even though our subject’s asking price is considerably higher than anything out there, we think it just might be the beginning of a trend for these quirky ‘90s icons. What do you think? Join the discussion here and tell us!