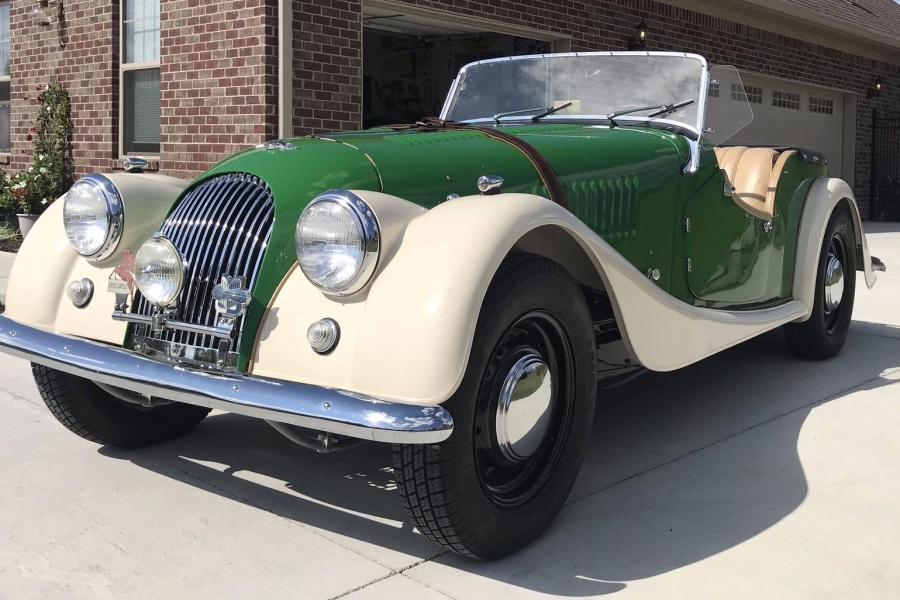 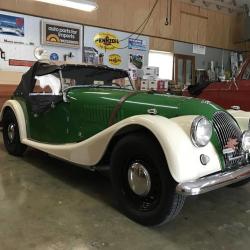 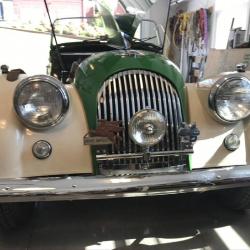 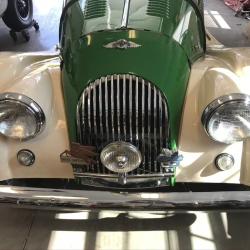 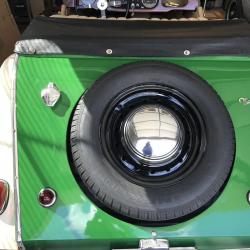 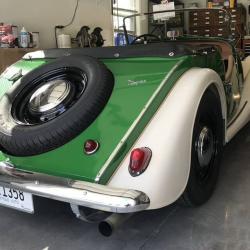 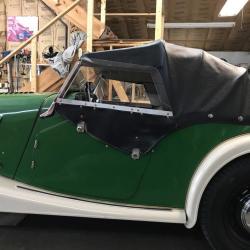 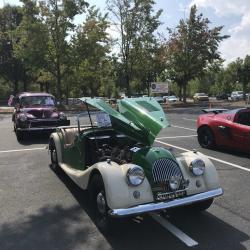 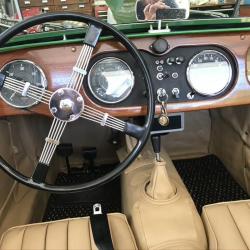 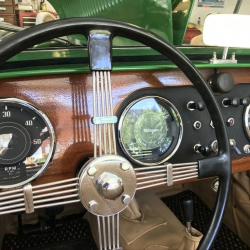 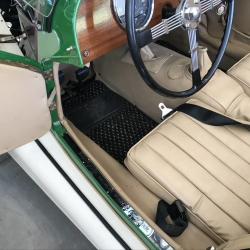 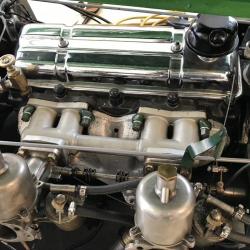 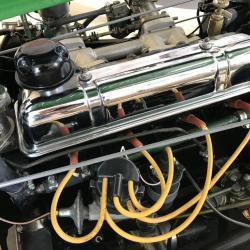 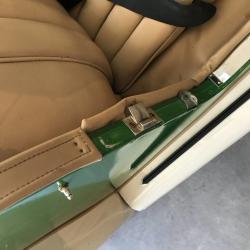 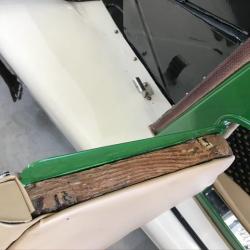 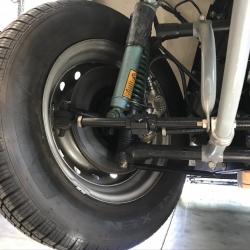 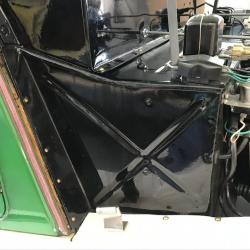 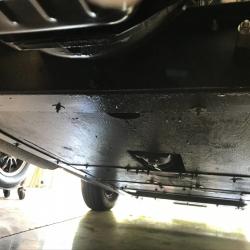 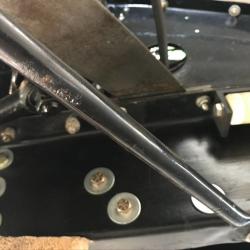 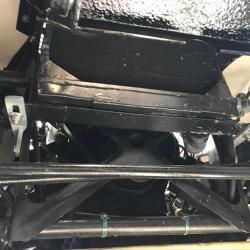 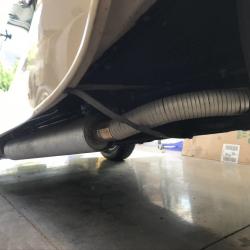 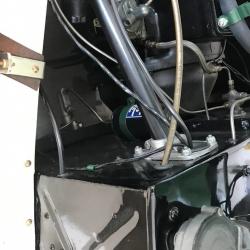 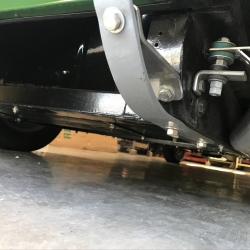 Few cars offer the prototypical British charm of a Morgan. In fact, few things in general say Great Britain as distinctly as a Morgan. Those unfamiliar with them find them head turning, and those in the know covet them, which isn’t surprising. How can you not respect a company that has continually built cars in the same manner for nearly 100 years? The Plus Four was introduced in 1950 and it’s still in production today (with a couple of hiatuses in between), proving to be the company’s most popular and profitable model. It was larger, had more power, was more comfortable and, simply put, more enjoyably usable than other Morgans, let alone most of the other British sports cars. They also have unique, high quality craftsmanship, they handle well and they have a fabulous reputation for leaving more powerful competitors in the dust in competition. Pure, unadulterated motoring, in a car that’ll always stand out at your local cars and coffee. 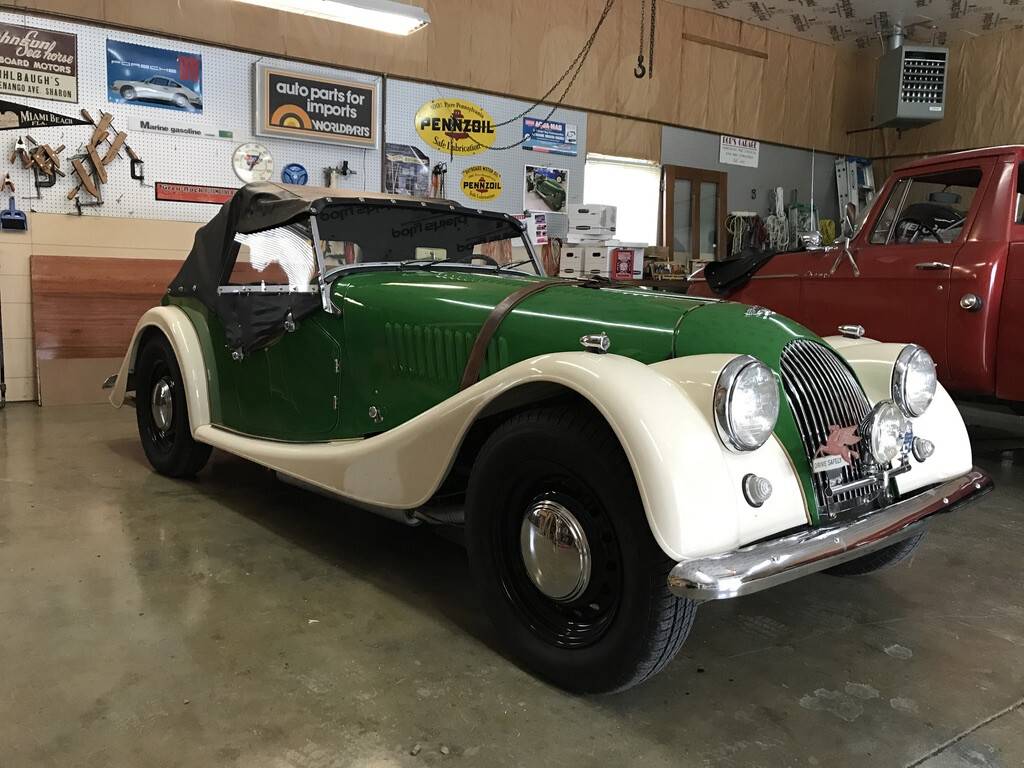 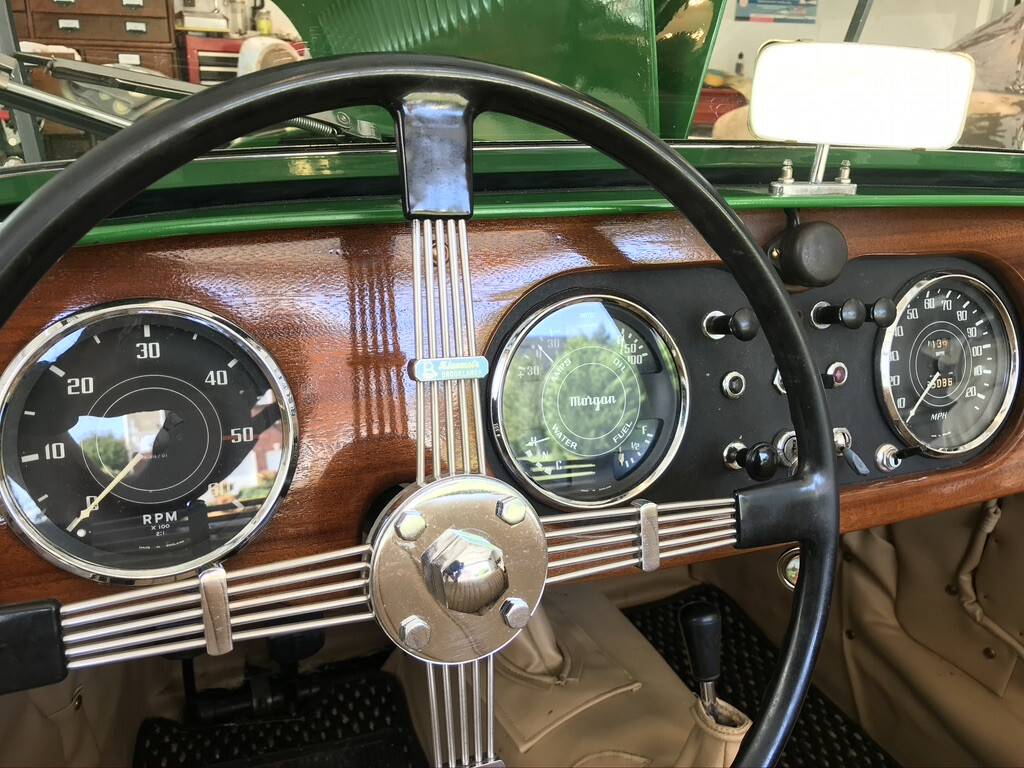 This particular Plus Four is said to have been fully restored, and the often-misused description seems to have some validity here. All the body panels were removed, stripped to bare metal and refinished, as was the chrome, including the signature grille. The top and tonneau cover were replaced with factory correct materials, the tan interior’s been reupholstered and the simple wood dash looks to be in excellent shape. By the looks of it, the car seems to be in terrific condition – one image actually shows the wooden body frame sandwiched between the steel, highlighting the Morgan’s unique construction and lending a little more credence to the extent this car was refurbished. The inline 4-cylinder engine has been rebuilt, along with its transmission, and suspension, and, according to the seller, the whole car has been very well sorted and is fun to drive and show. We see no reason to argue, and we have to say that we love the unique two-tone livery. The only change we’d consider would be swapping the steelies for some wire knock-offs.

The car has been through an extensive restoration, emerging in what seems to be beautiful condition. New chrome, new paint, refurbished body panels and interior, rebuilt mechanicals – it doesn’t appear to be skimped on. Yes, there are +4s that can be bought for less than 75% the asking price of this one, but they’re typically in only decent driver condition, and the ones listed for roughly the same amount of coin typically don’t have such a lengthy roster of sorting. Moreover, replicating this car’s condition on even the most solid of original platforms would take some serious time and money, so we consider this one abundantly fair market. 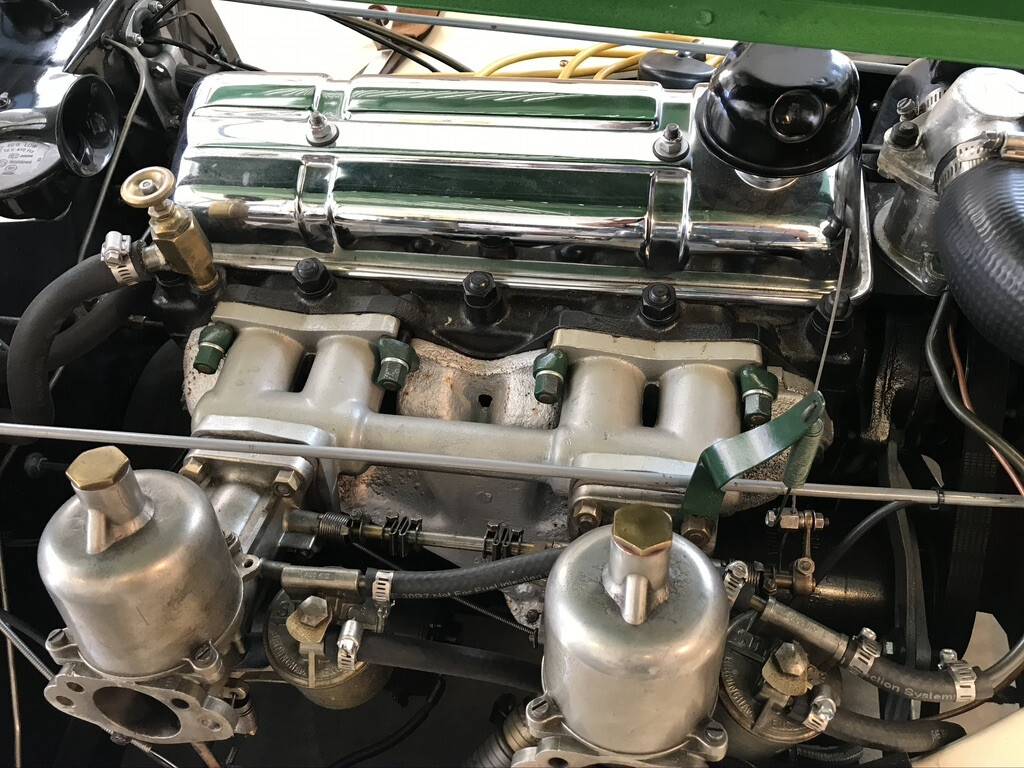 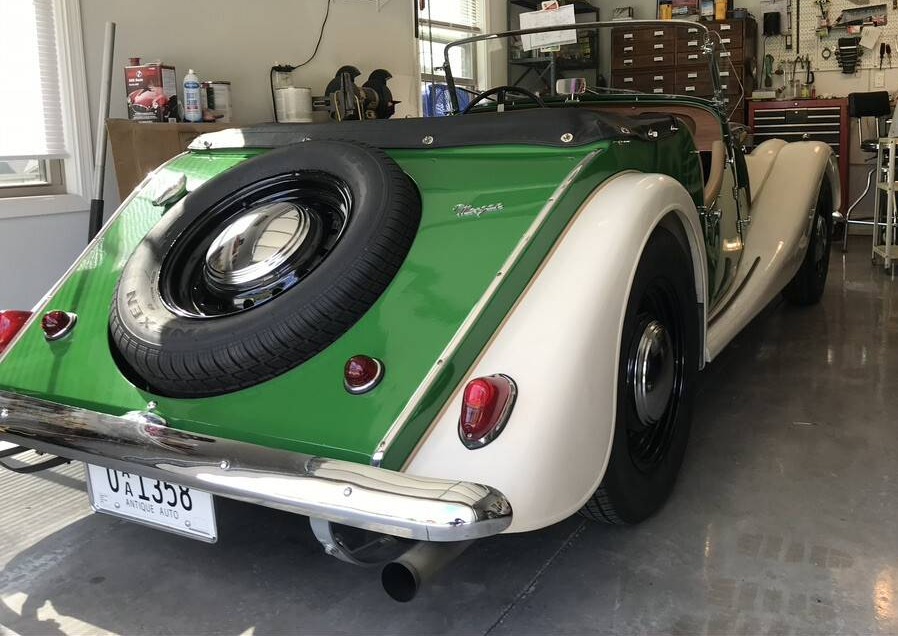 darkleaf999
Agreed on the color combo and addition of wire wheels. I'd also get rid of the driving lamp and badge bar.
1 month