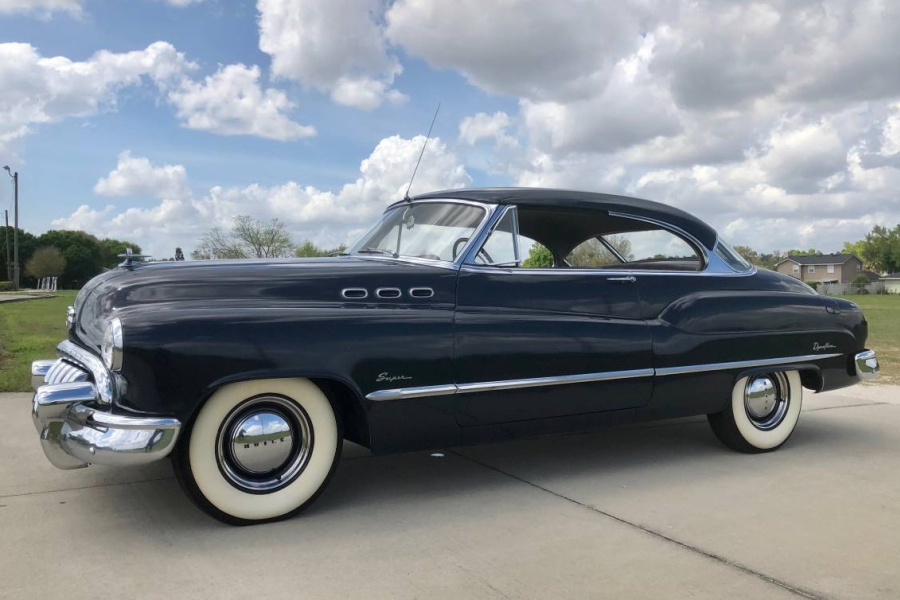 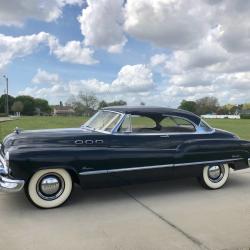 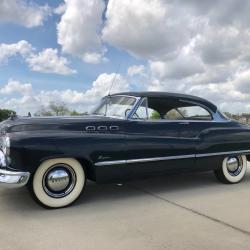 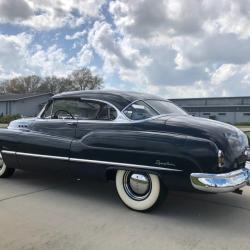 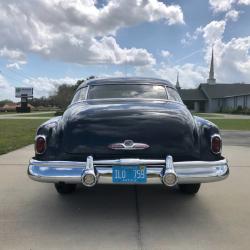 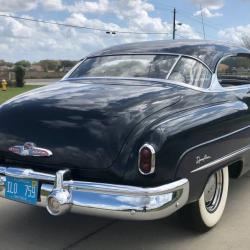 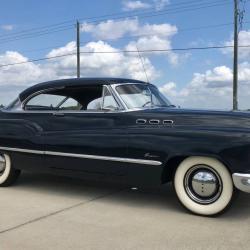 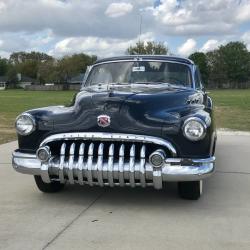 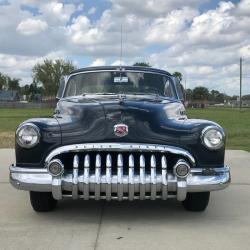 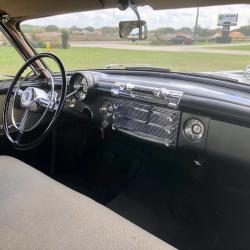 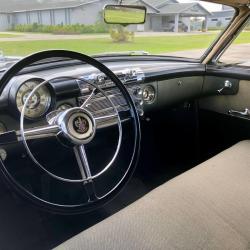 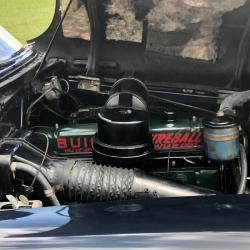 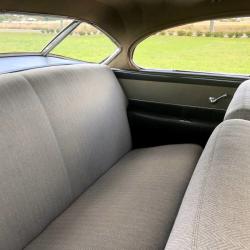 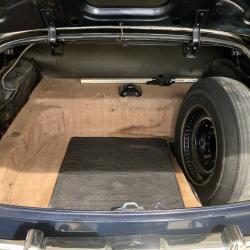 The 1950 Buick Super featured a new, prominent waterfall grill with an all-in-one bumper grill guard and more rounded styling, and that is what sets the 1950 model Buicks apart from any other year. Buick sales literature claimed it was practical as well as attractive- “The gleaming grill is built into the bumper with bars extending above and below to prevent ‘locking horns’ with the car ahead.” Boy, that’s a relief! We always hate “locking horns” with other cars! Buicks from this period have the distinctive VentiPorts on each side of the hood – three for the Supers and Specials, while four was reserved only for the top-of-the-line Roadmaster. For 1950, the VentiPorts became flatter and were moved from the front fenders to the sides of the hood. Buick stayed with the tried and proven valve in head "Fireball" straight eight-cylinder engine rather than following Cadillac and Oldsmobile to the short stroke V8 that would come in 1953. Most Buicks produced this year came with the optional Dynaflow automatic transmission, and this one is no exception. Model year production was a record for Buick, with 558,439 units leaving the factory, putting them fourth on the sales charts. 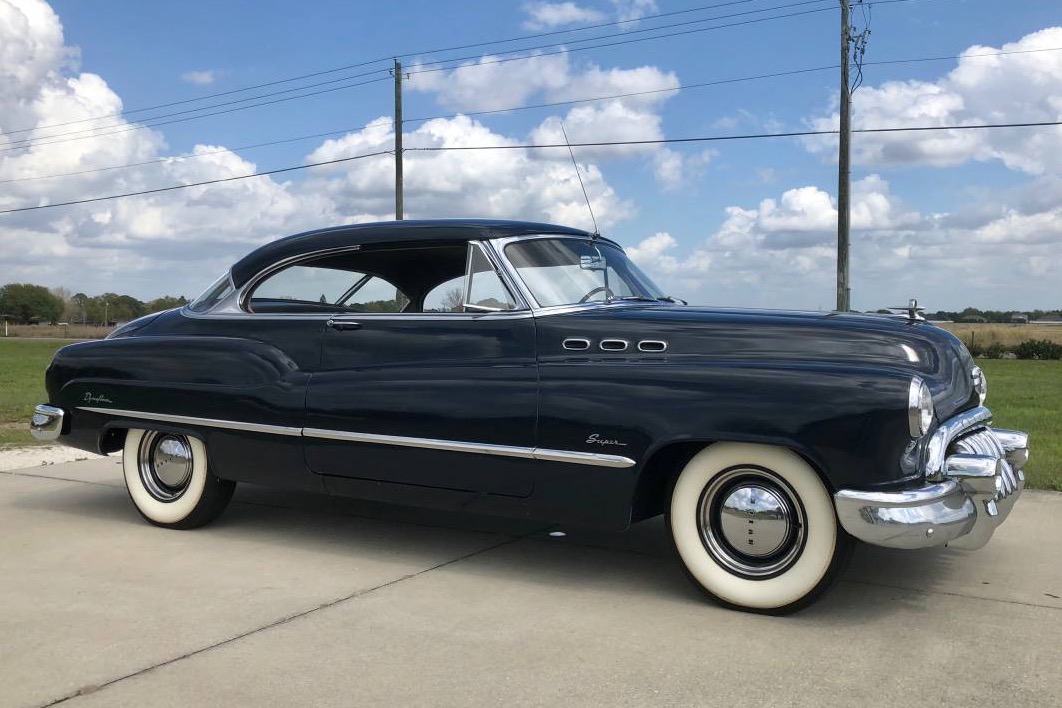 This handsome black Buick is claimed to be a highly original car with 65k original miles. It has an older repaint that still looks good, very clean chrome (those grill bars are often dinged and dented) and bright work, plus a very nice interior with what may be the original herringbone-pattern cloth interior. Plus, the seller states it runs and drives great! 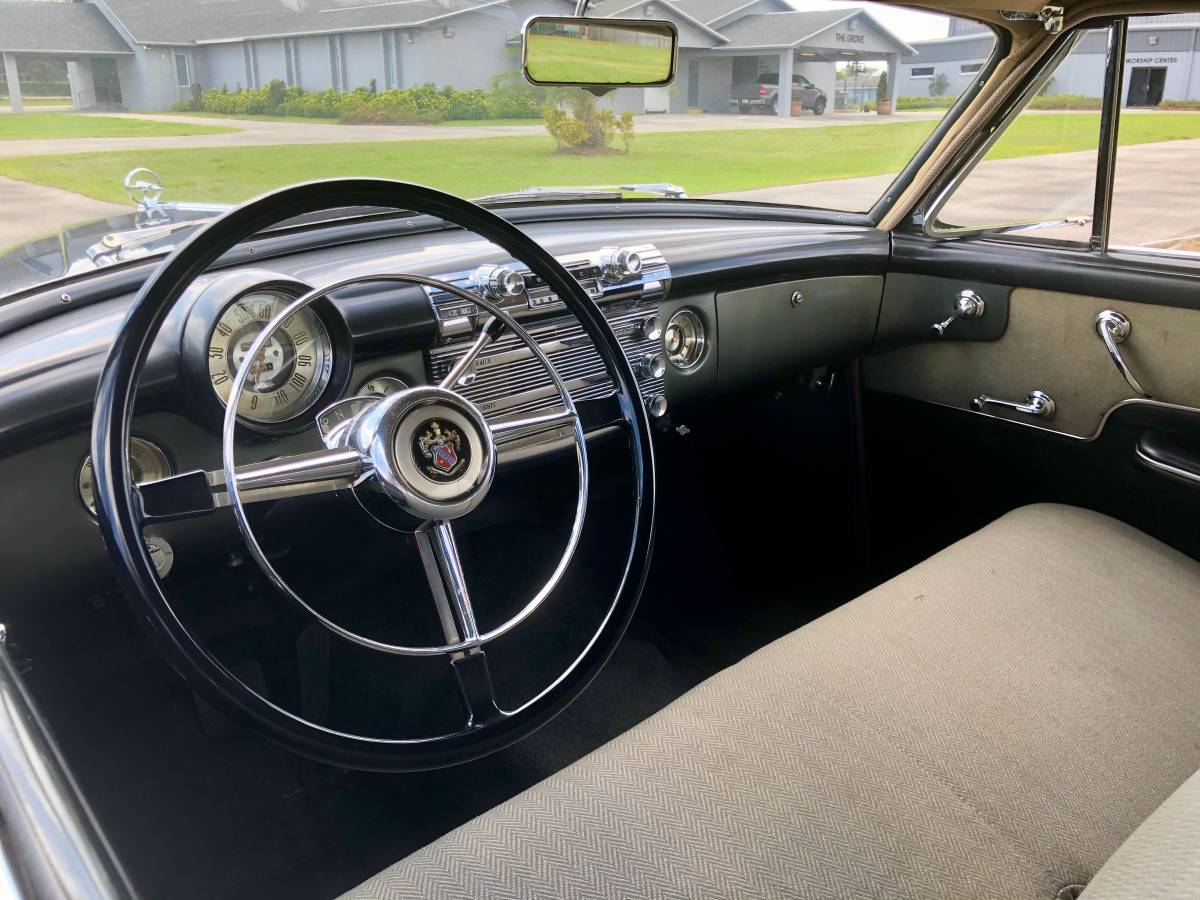 Buicks from this era have always been popular with collectors, but the 1950 model is liked by most for its distinctive and unique grill design. Auction analysis yields a median sales price of $19,800, while NADA assesses an average value between $15,900 and $31,600, and Hagerty places a number two or “excellent” car at $22,100. Based on these numbers this car is priced within a fair market range in this condition.