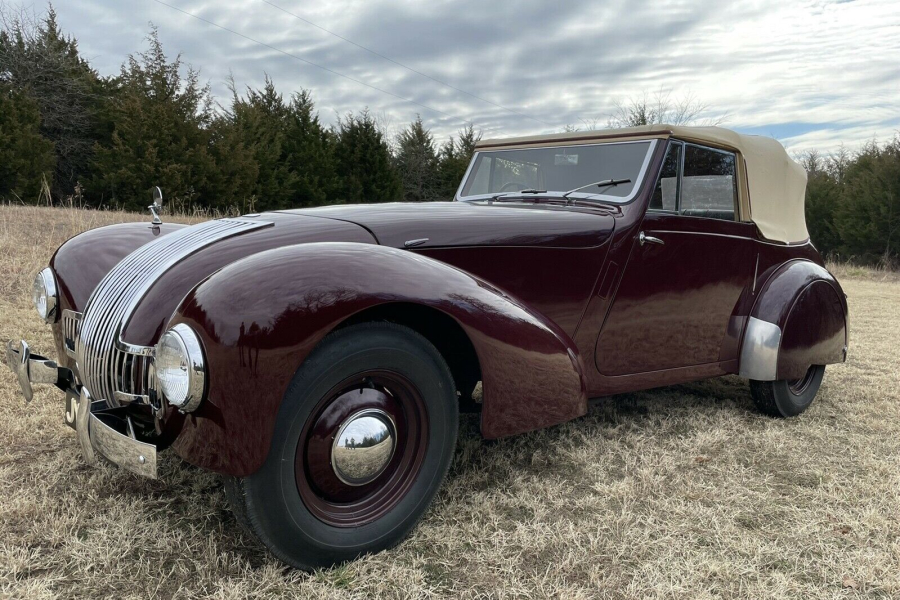 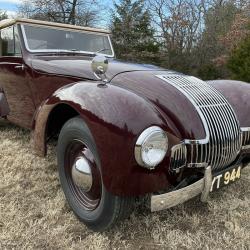 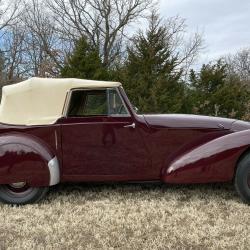 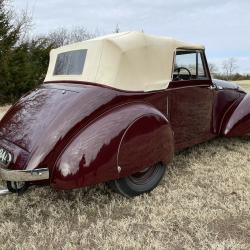 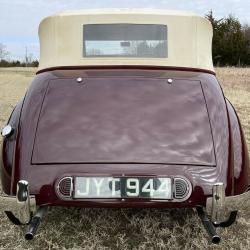 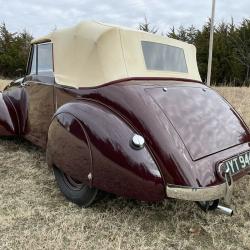 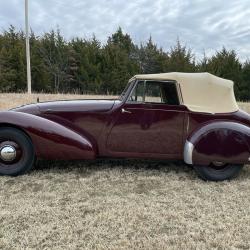 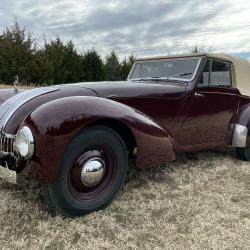 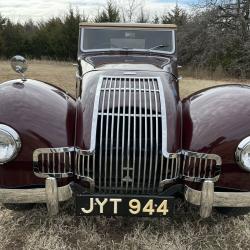 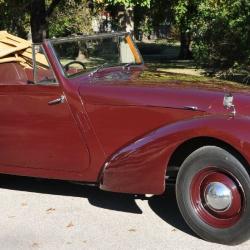 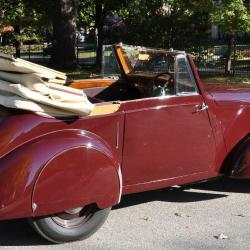 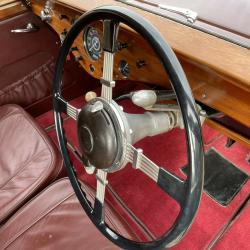 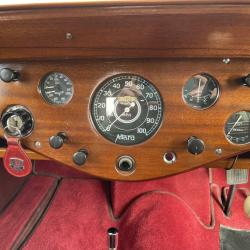 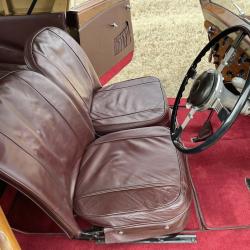 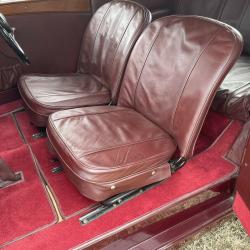 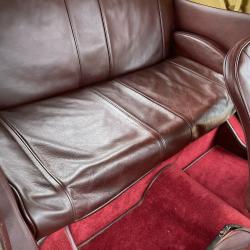 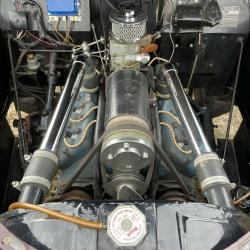 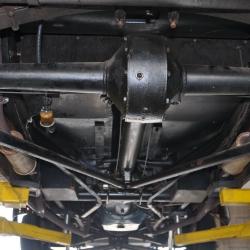 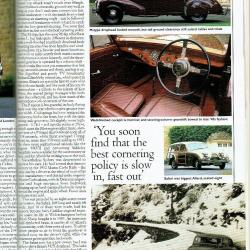 Like many of America’s pioneering hot-rodders, Englishman Sydney Allard created innovative performance machines using low-cost Ford hardware. His first car was a four-seater Ford that he shortened the wheelbase and fitted with bodywork from an old Grand Prix Bugatti and entered into the 1934 Tourist Trophy. After completing a few examples for himself, Allard began selling his automobiles to the public in 1946. 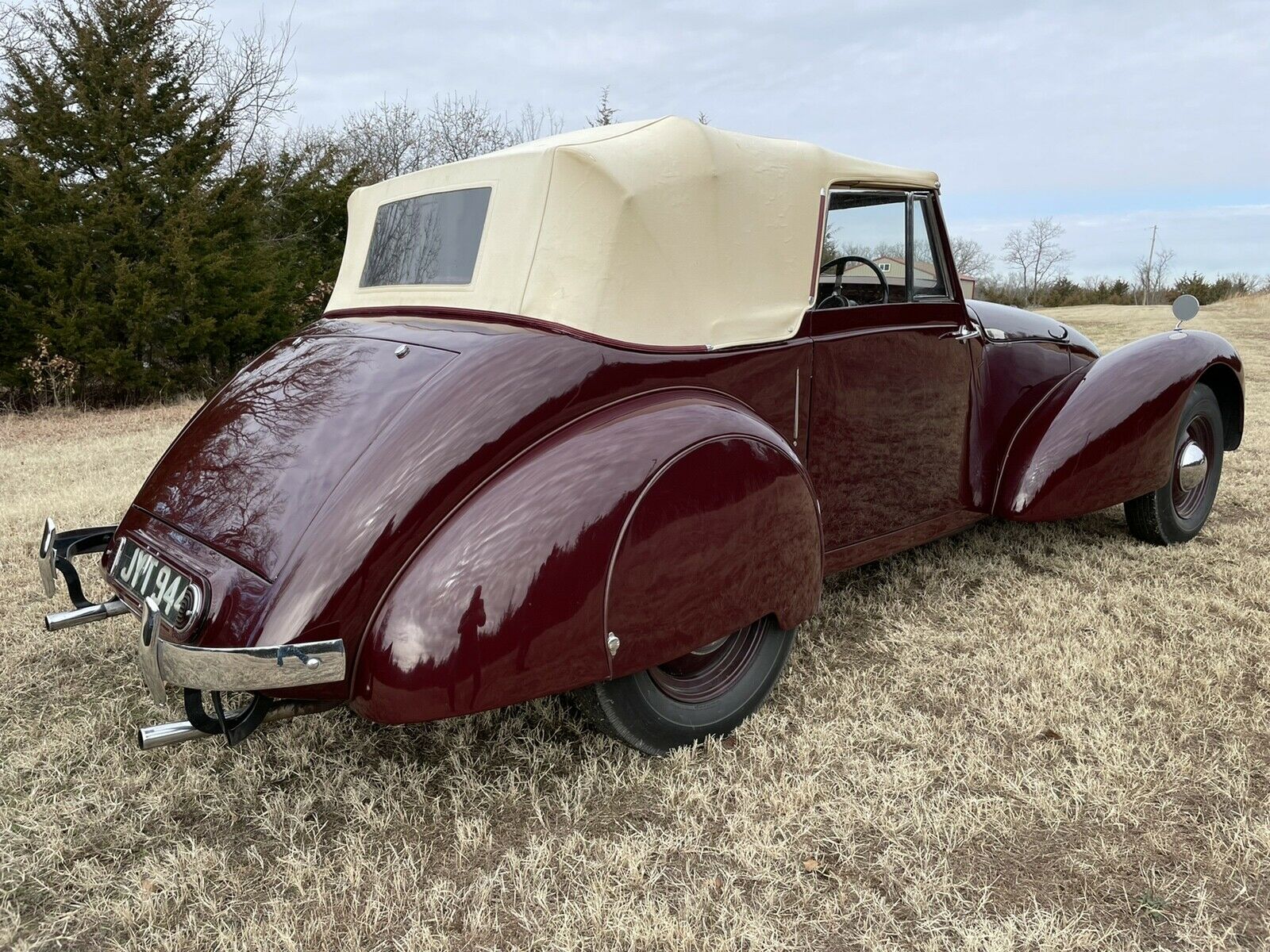 Introduced in 1947, the M1 Drophead Coupe was the first postwar Allard model with substantial bodywork, complete with full-length doors and a folding convertible top. Seating for four, with more elaborate trim than the competition-oriented Allard models rounded out the more civilized M1. In addition to a 3.6L Ford V8, gears were selected via a column shifter from Ford of England’s V8 Pilot model. The M1 was quite successful, with Allard producing 500 units during a four-year run, and it paved the way for the company’s much faster and bolder designs, including the J2, J2X, J2R and the K1. In fact, the M1 was Allard’s cornerstone model, accounting for roughly 25% of total production of 1,901 cars during its years of operation. 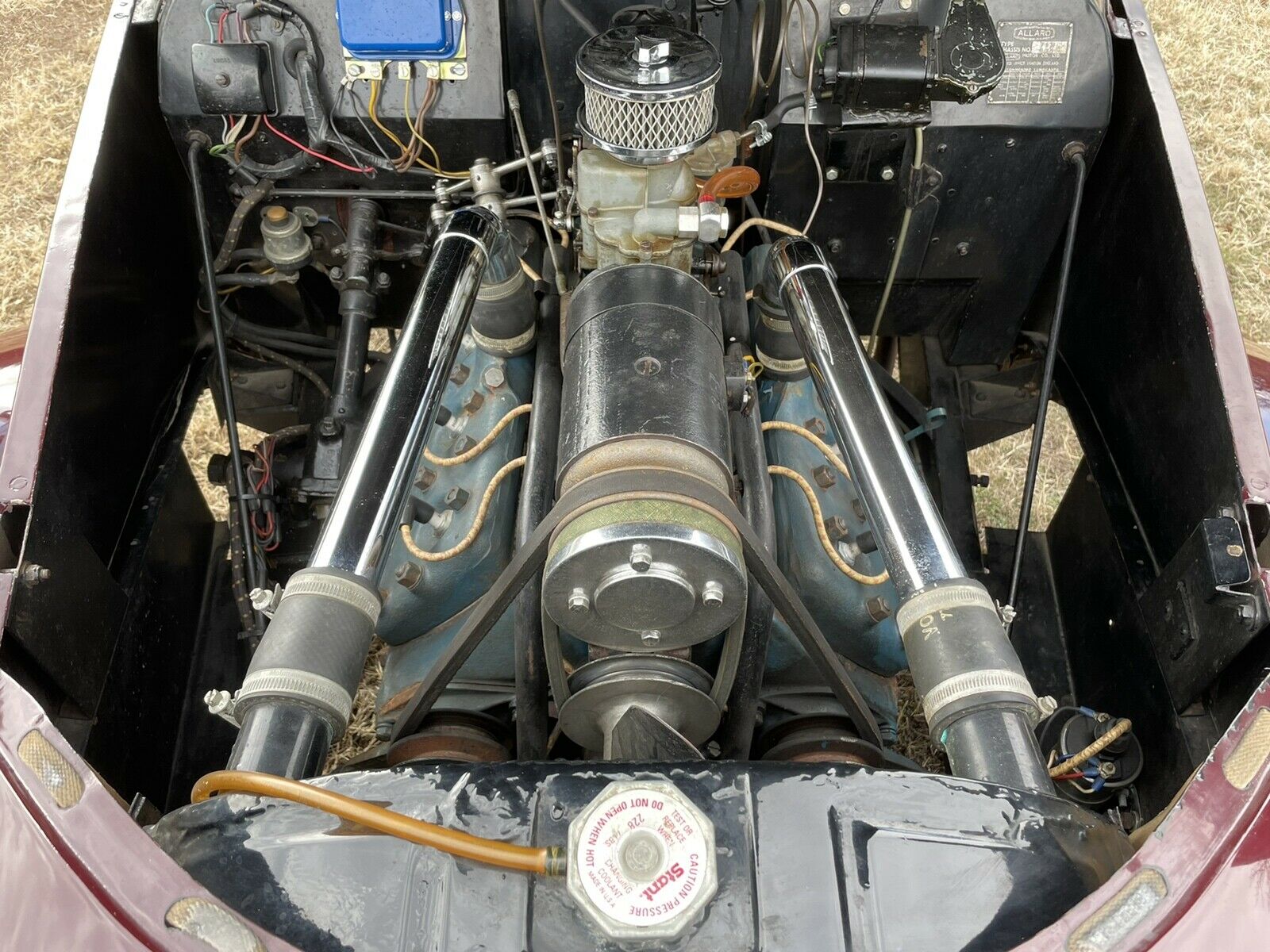 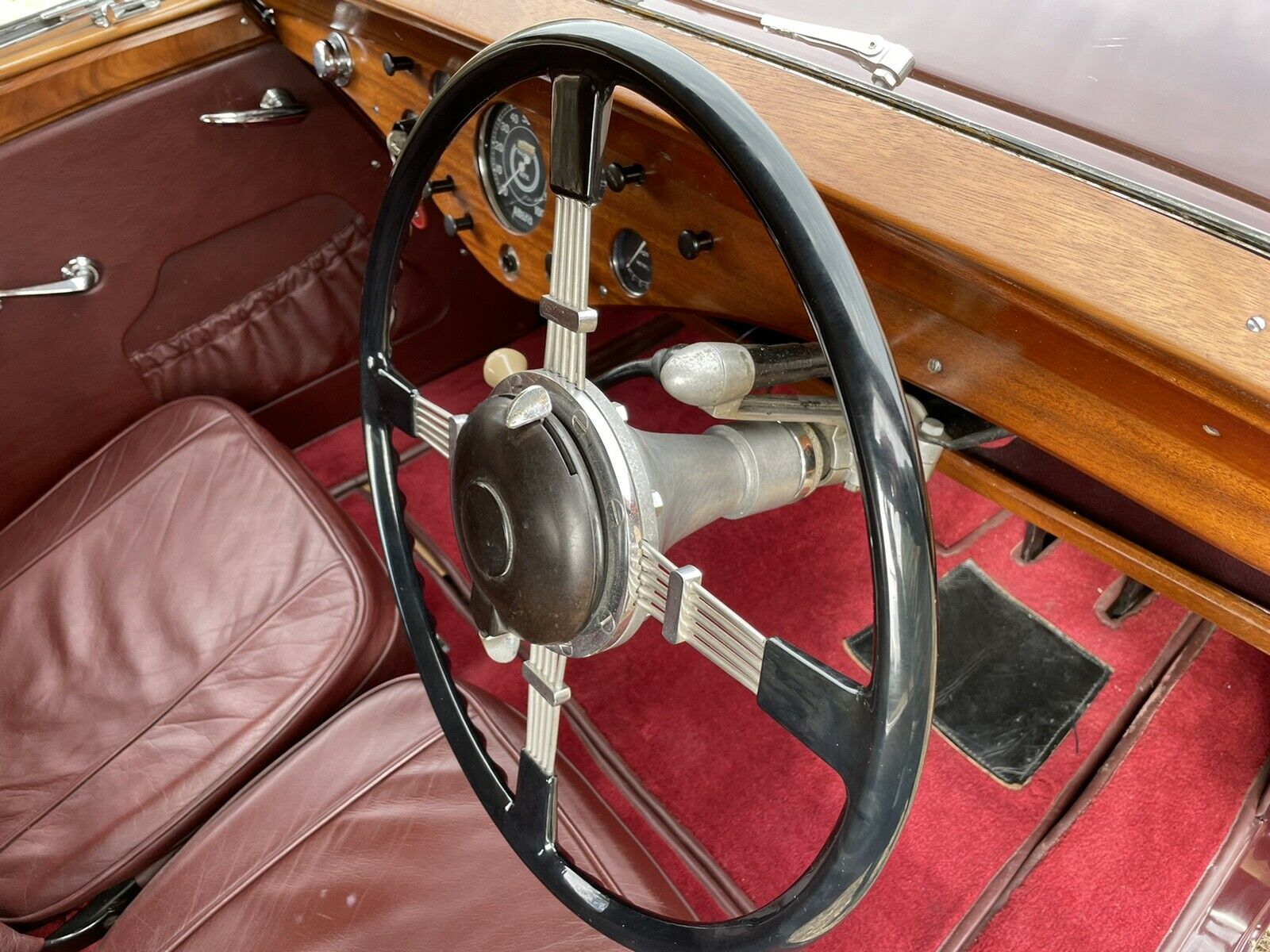 This Allard M-1, no. M625 was sold in London on Sept. 6, 1948 to Thomas Oliver Wacher of Canterbury, Kent, England, who kept it until 1974 when it was passed to his son-in-law who subsequently sold it in 1988 to Brian Sharp. Sharp performed a complete restoration to original condition over the next several years and added it to his large and prestigious Allard collection. The current owner acquired the M-Type in 1998, and after touring it in England, Wales, Scotland and Norway, he shipped it home to Tulsa, Oklahoma where it has participated in Early Ford V8 Club and various British car club events. It has been driven approximately 5k miles since restoration, has always been garaged, and currently shows 58k miles from new. The seller describes it as driver quality, while showing signs of a car restored over thirty years ago, all electrical and mechanical components work, except for the fuel gauge. With old-world British charm combined with a good old American Ford Flathead V8 under the bonnet, it’ll be an attention-getter at any car event. 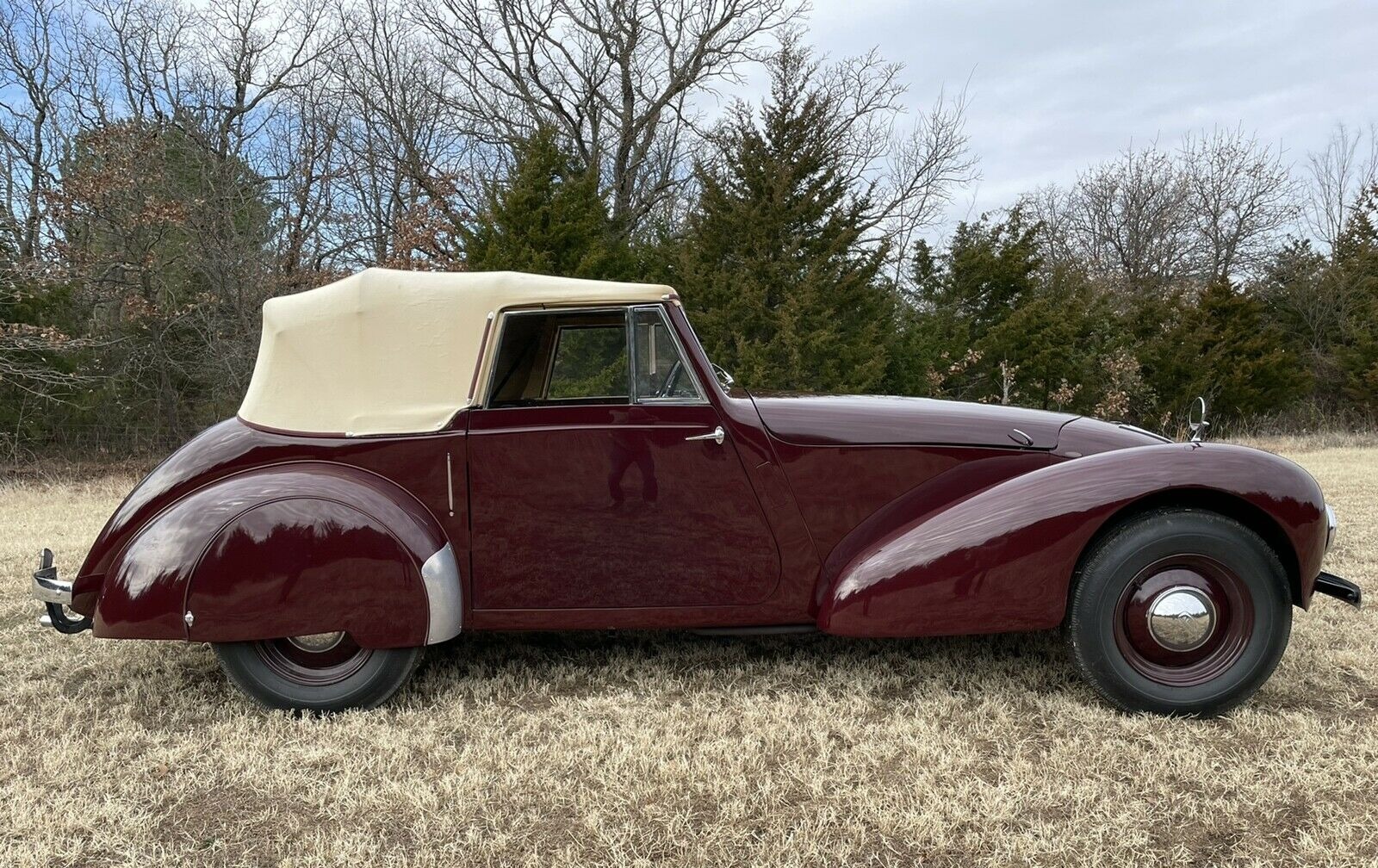 Not many of these cars come up for sale, but the five that have come to auction in recent years tracked by Conceptcarz shows an average price of $59,618, with the highest sale posted at $95,069. The insurer, Hagerty, gives it a value of $63,000 for a #2 “excellent” condition car, and $36,800 for a #3 “good” example. The value of such an unusual automobile such as this really depends on how much you want it, while the opportunity to purchase another one may not come along soon. With all that in mind, the asking price seems more than fair to us.

darkleaf999
Not the prettiest car Allard made, but certainly interesting. What I find even more interesting is that Allard still exists and will sell you a brand new J2X that looks exactly like they did in the 50's.
6 days