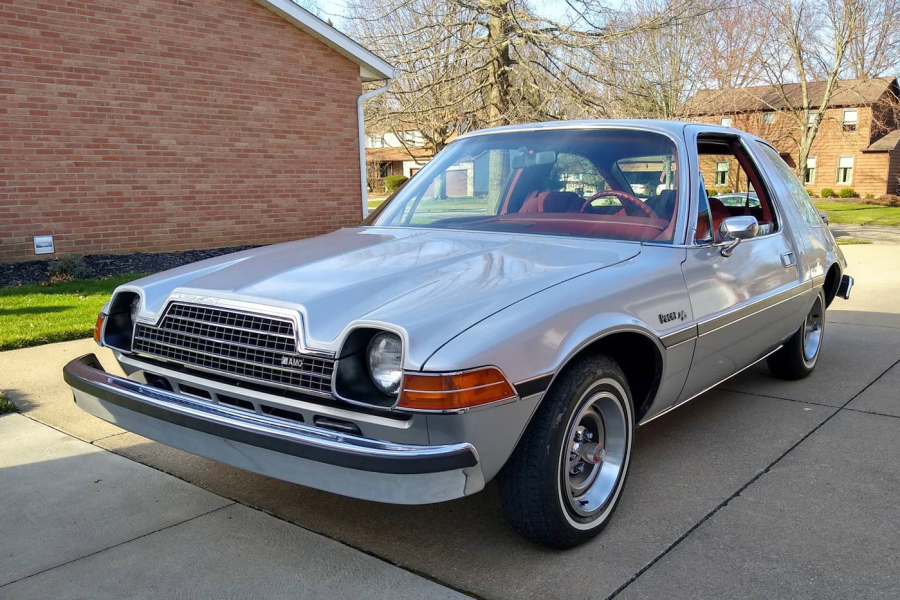 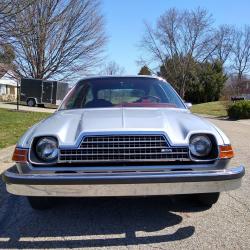 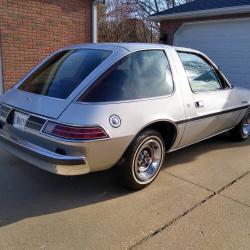 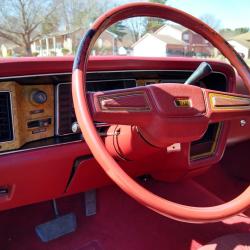 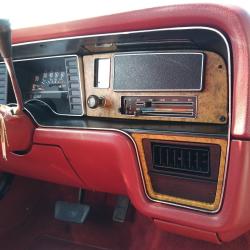 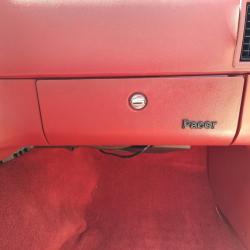 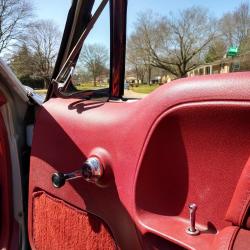 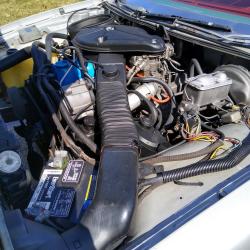 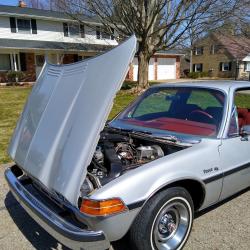 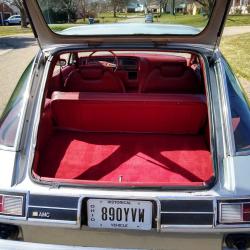 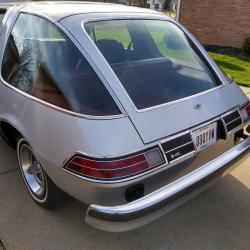 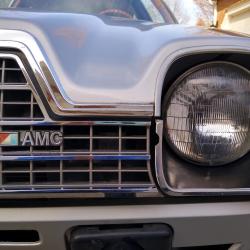 While American Motors usually operated with limited capital and precious little money available for new model development, the company consistently delivered some of the most innovative automobiles of the ‘60s and ‘70s. By 1974, AMC’s existing model lines were largely massaged and updated, yet seemingly out of nowhere came the fascinating Pacer, with a trim 100-inch wheelbase and 77-inch width. Featuring big car interior room with an amazing 30 cubic feet of cargo space available with the rear seat down, the Pacer was amazingly versatile and quite advanced for the times, billed by AMC as “the first wide small car.” Other highlights include amazing visibility with a huge, heat-attracting glass area, a longer passenger-side door yielding easy rear seat access, and a hatchback liftgate with gas-filled struts for easy cargo loading. 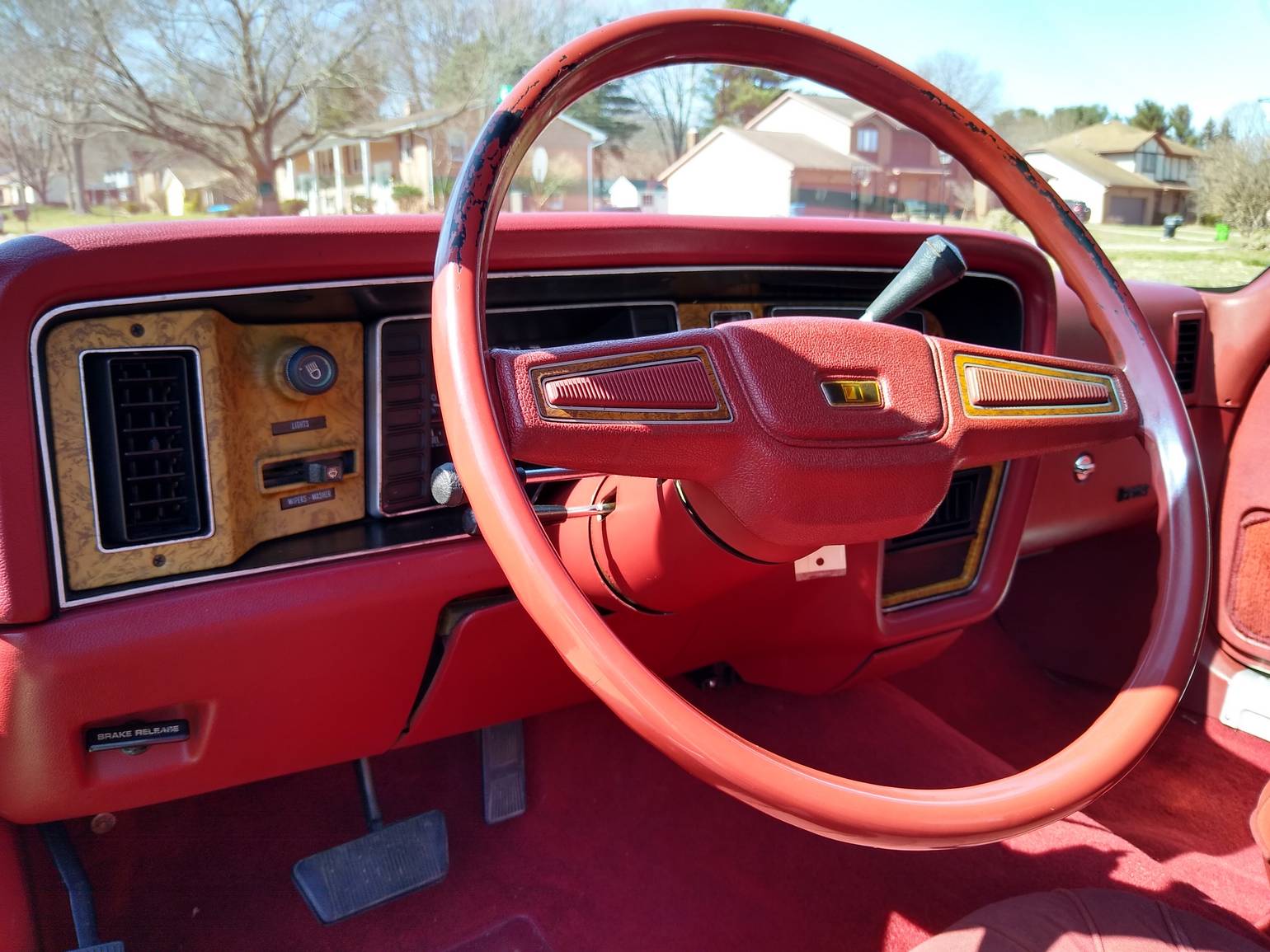 The Pacer was yet another “rabbit out of the hat” styling and engineering coup for AMC, with design led by the legendary Richard “Dick” Teague. After the comical big screen use of a Powder Blue, flamed Pacer as the “Mirth Mobile” in 1991’s Wayne’s World movie, few auto enthusiasts will recall that part of the Pacer’s dimensions and packaging were in great part dictated by the car’s originally intended powertrain – a front-wheel drive Wankel rotary system to be sourced by GM that was suddenly cancelled, causing AMC engineers to scramble at the 11th hour to retool the car for the company’s venerable 232ci inline 6-cylinder engine. Production continued through 1979 and in addition to several trim levels and a wide array of options, the Pacer was also offered with a station wagon model following the car’s debut for 1975. By 1976, the automobile’s first full model year, the Pacer was AMC’s best-selling car line. 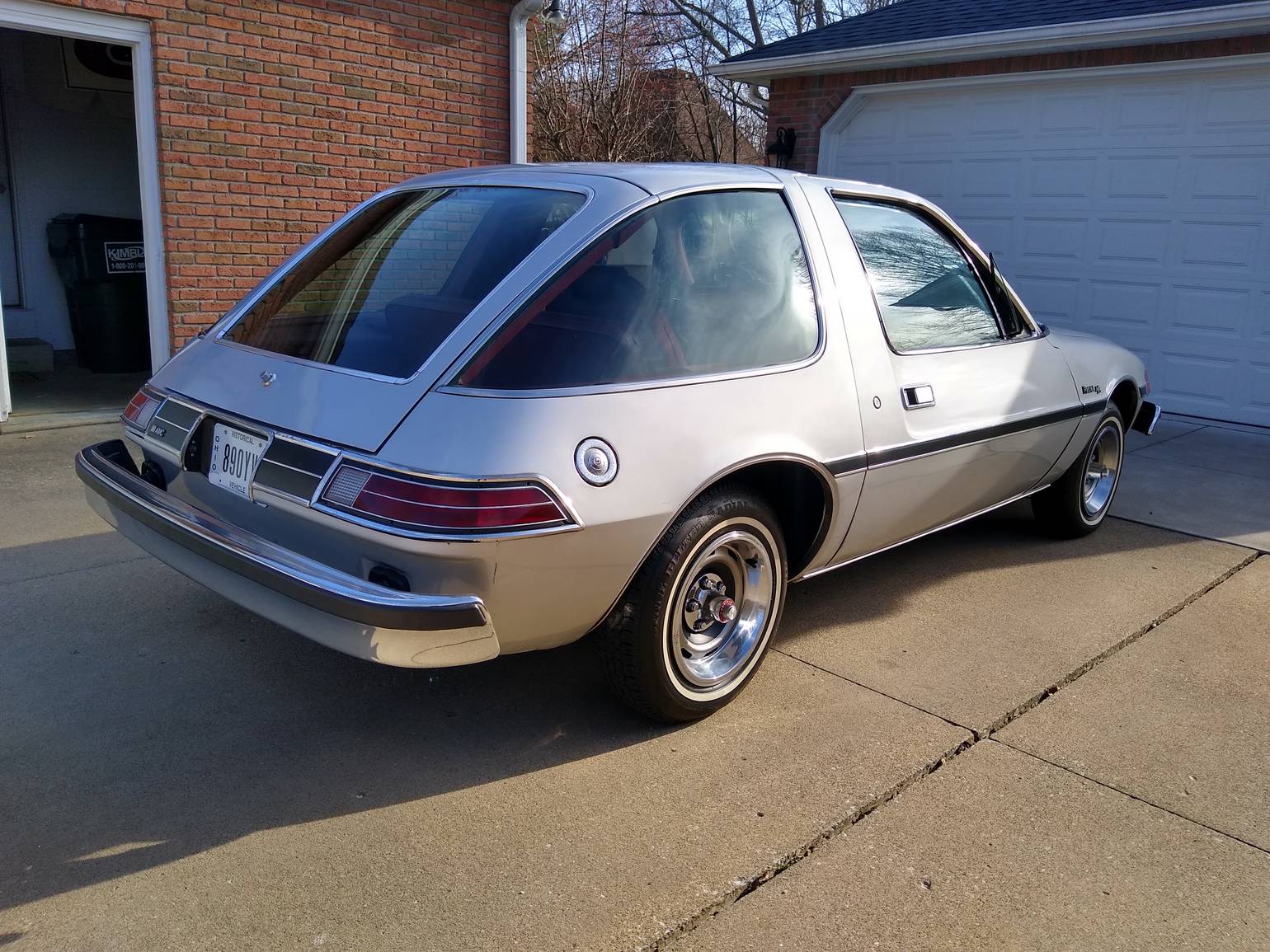 Featuring a classy silver exterior finish over the original red cloth interior, this 1978 AMC Pacer is the top-of-the-line D/L model. According to the seller’s ad, it’s a very nice survivor with just 38k miles. Power is delivered by AMC’s torquey 232ci inline-six mated to an automatic transmission for easy and economical cruising. The seller’s description is short and to the point, letting the photos do the talking for this very well preserved and lightly used car, which includes Rally wheels, power brakes and steering, heat/defrost, and possibly a tilt steering wheel among its features and options.

This Zero260 contributor recalls a few Pacers on local roads as a car-obsessed youth in the mid-1970s, thanks to the well-liked nearby AMC dealer/garage owner/school-bus driver. Pacers always draw admiration or derision with no middle ground, and that duality always seemed to overshadow the many virtues of these quirky yet extremely useful cars from the ever-scrappy AMC. While the company did sputter on with various business models for most of the 1980s, it was finally laid to rest after Chrysler’s 1987 acquisition primarily to capture the plum Jeep marque, and this writer feels the automotive world became a bit sadder and considerably less interesting afterwards. According to Hagerty, a 1978 Pacer D/L Hatchback should draw $9,400 in excellent #2 form and $15,100 in as-new #1 condition. Our subject car seems to be a 2+ or 1- and puts a smile on this writer’s face. Let’s consider it ‘Fair Market’ at or near the seller’s very accessible asking price.