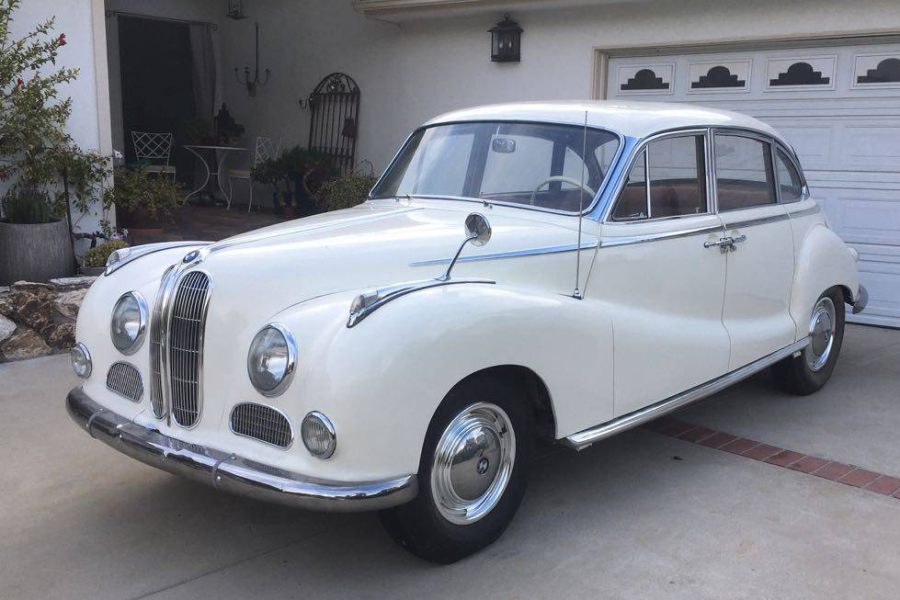 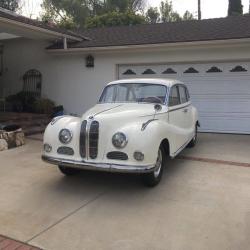 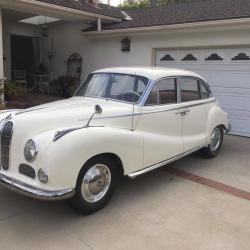 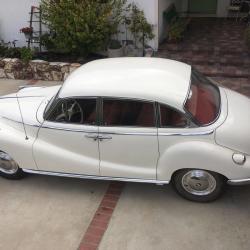 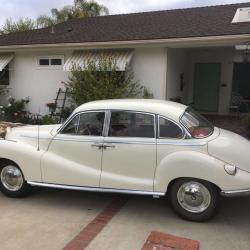 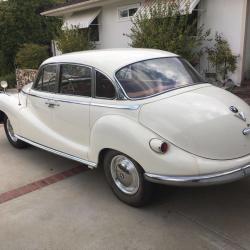 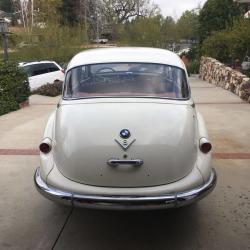 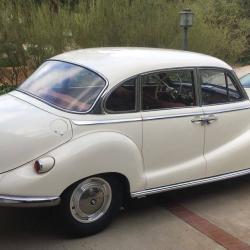 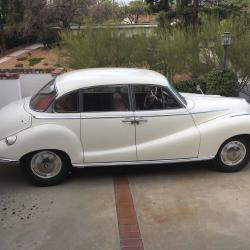 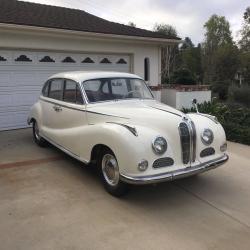 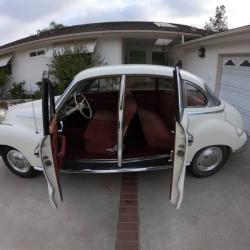 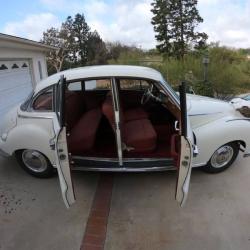 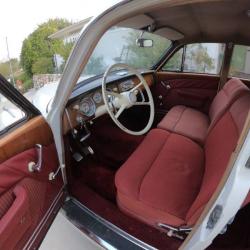 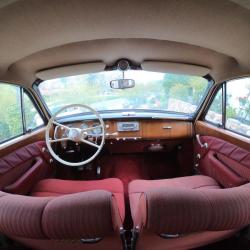 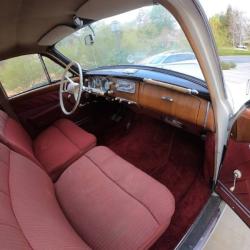 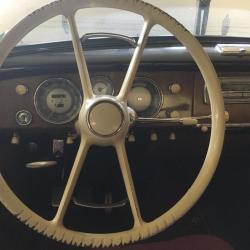 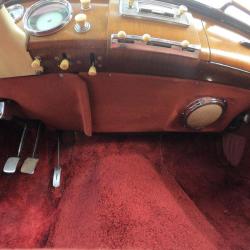 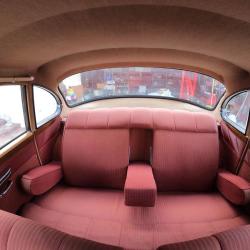 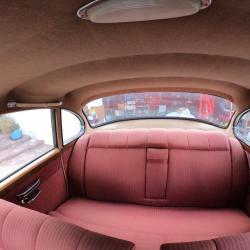 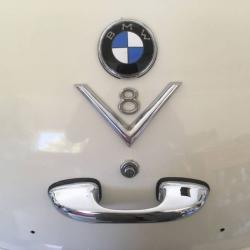 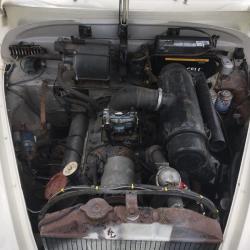 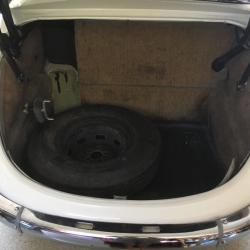 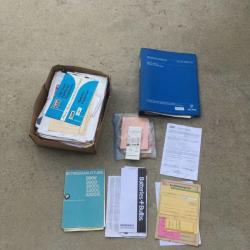 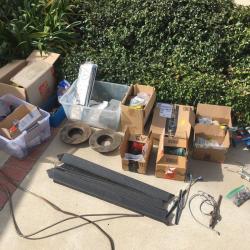 Produced from 1961 to 1963, BMW’s classically styled 2600 was directly descended from the 502, BMW’s first V8 model, itself derived from the 501, which was the Bavarian marque’s first new post-war model offering. Available in 2600 and 2600L levels, with the uprated “L” signifying Luxus or Luxury, these fine and very capable V8-powered German motorcars were offered alongside the outwardly similar, larger displacement 3200 and 3200S. Never produced in large numbers, these cars were over-engineered with renowned assembly quality and workmanship, ensuring BMW either earned miniscule profits or lost money on each one built. Collectively, these lines are known as BMW’s “Baroque Angels” and they formed the last expressions of BMW’s pricey, low-volume motorcars that were overlapped in 1962-'63 and then succeeded by the wildly successful “Neue Klasse” 1500 series that would quickly assure BMW’s stunning worldwide competitiveness. 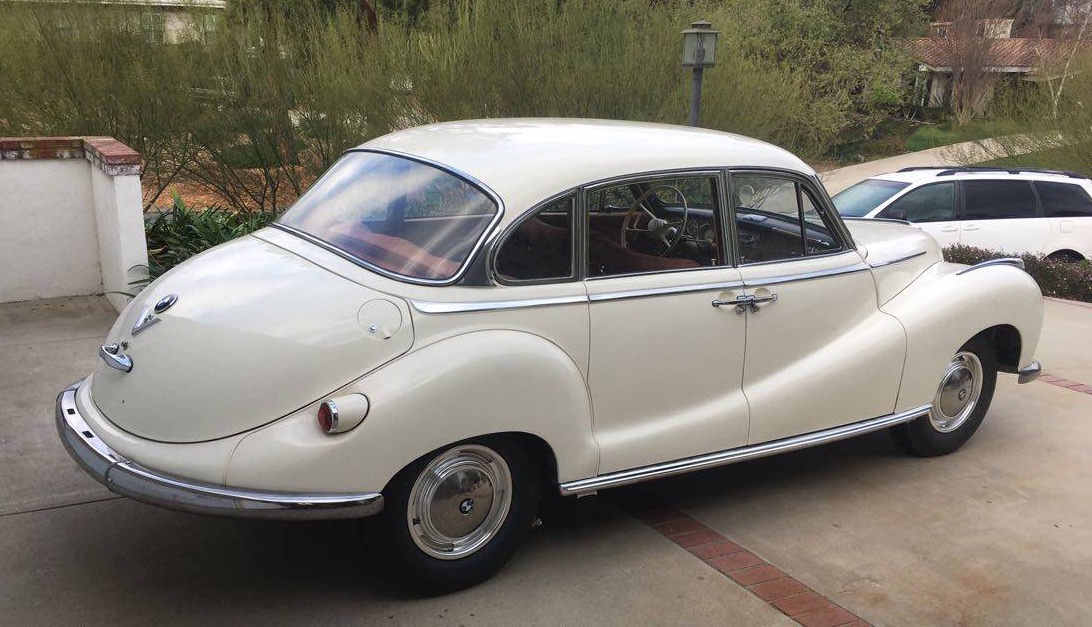 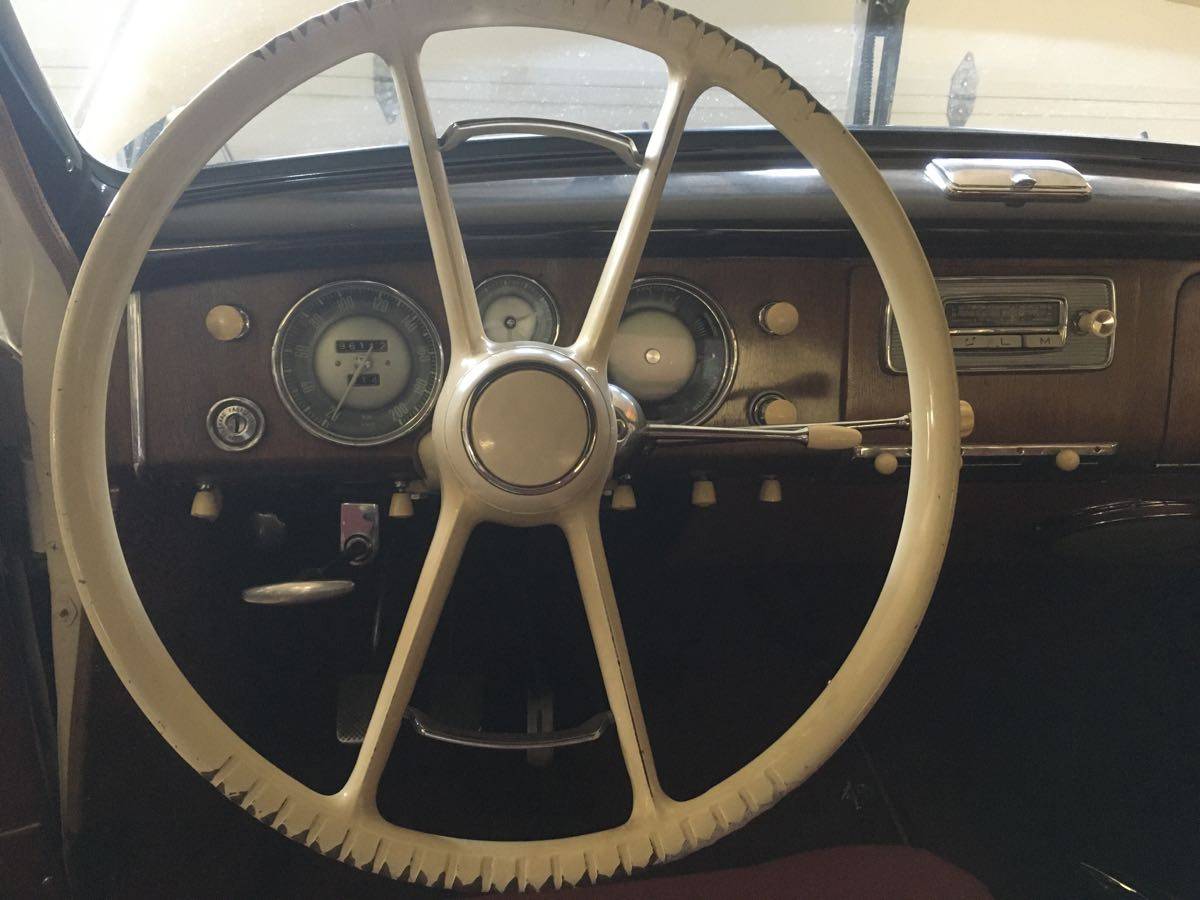 This very nicely presented 1963 BMW 2600L was imported by the seller’s grandfather over 50 years ago after serving with the U.S. military in West Germany. After arrival stateside, the grandfather rented a garage to store the car in Illinois, driving it sparingly for about 15 years. When he and his wife relocated to Washington, the car followed, housed inside a purpose-built garage, remaining there for another couple decades unused until the seller’s eventual passing. At some point before passing, the grandfather had the entire car stripped and repainted its current color, accented by re-chromed brightwork. The seller inherited the car about six years ago and trailered it to California, where it’s still garaged. During this most recent timeframe, some maintenance was performed and the engine returning to running order, along with limited use, although the seller advises the car should be professionally reviewed and mechanicals thoroughly serviced prior to contemplated road use. Nonetheless, it looks honest and quite nice overall with only a few select parts that aren’t original; otherwise, the car is advertised as being highly consistent with its factory specs and content. Showing just 96,112 original kilometres (about 58k miles), this rare and fascinating classic BMW comes with current California plates and up-to-date registration, as well as German plates. 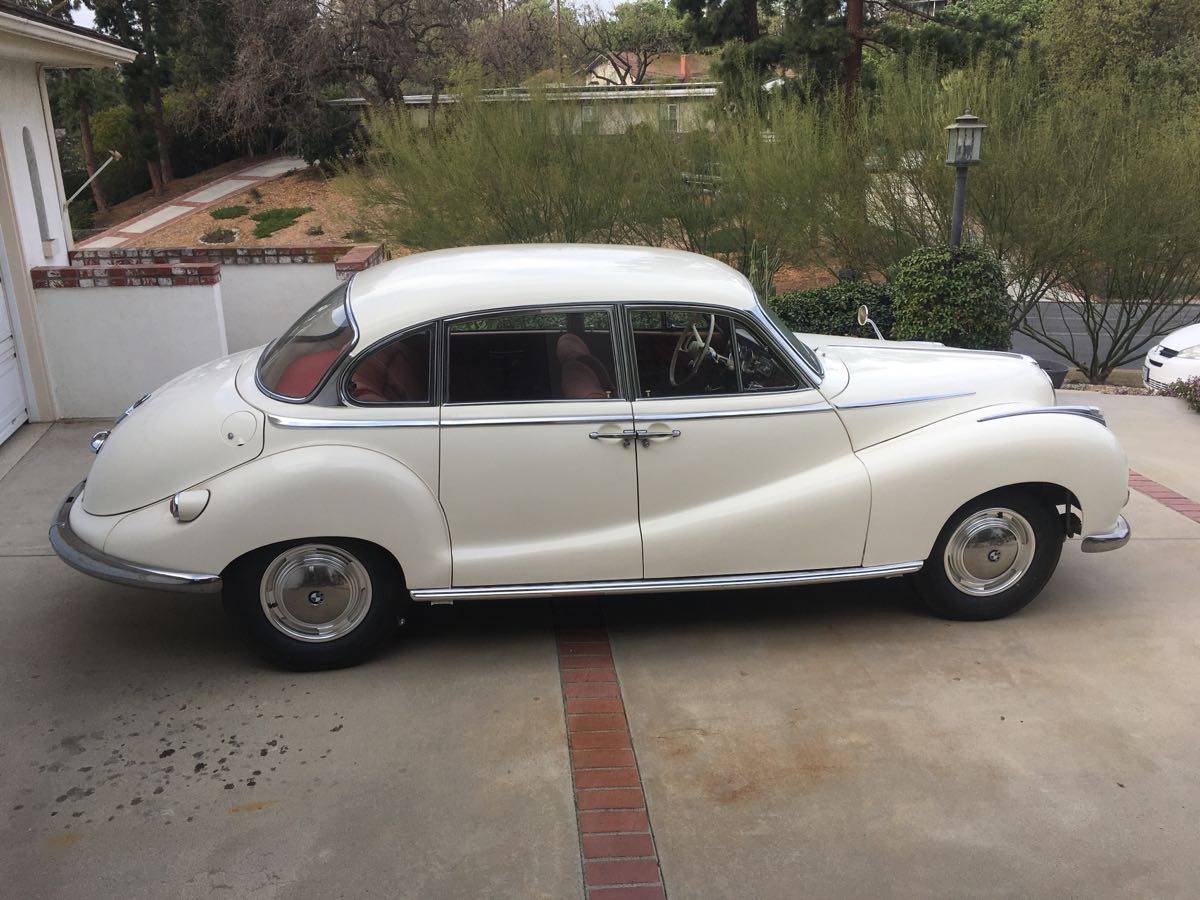 While exact production numbers are unknown at this time, when is the last time you’ve ever seen one of these dignified BMW motorcars? Even though it’s a smaller displacement 2600, it does feature BMW’s renowned V8 engine with 110hp, more than adequate to move the elegant, well-appointed car briskly. According to the factory, 100 mph, or slightly more, was within reach when the car was new. Gorgeous, flowing bodylines recall Jaguar’s popular large saloon cars of the era, and in hindsight, this BMW must have been an eye opener the few times it was out on the road since importation, in stark contrast to the chrome laden American behemoths of the 1960s/1970s. According to Hagerty’s price guide, a 1963 2600L should attract $9,700 in #4 ‘driver’ condition, $17,500 in ‘good’ #3, $30,500 in excellent #2 form, and $51,800 in as-new, concours worthy condition. Our seller’s asking price blows these reliable industry estimates out of the water. While the car does look very nice indeed and comes from loving single-family ownership since it was imported here all those years ago, it carries “Worth-the-Premium” laurels at best and “That’s Steep” status at worst. Then again, if you’re a diehard BMW fan, it’s a very interesting prospect and we challenge you to find another one!