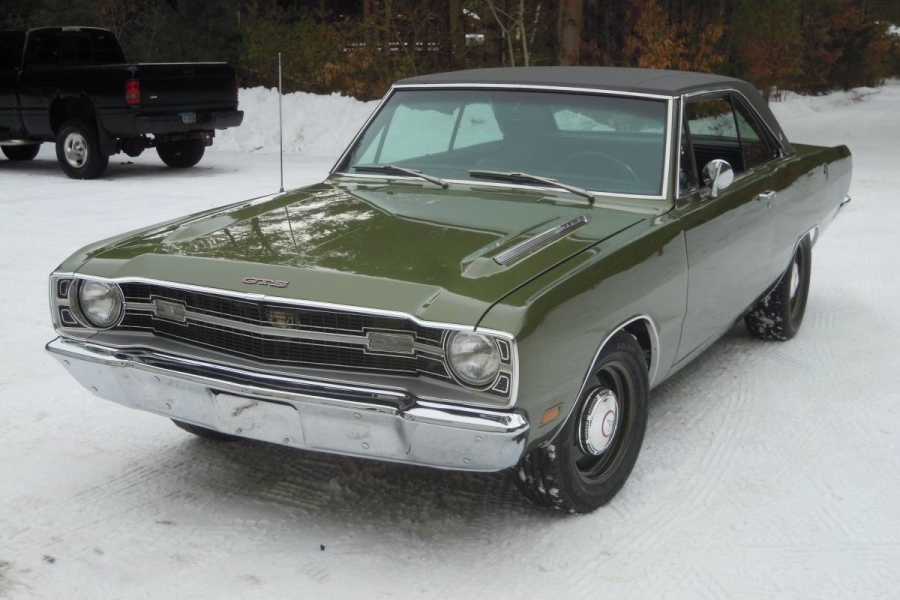 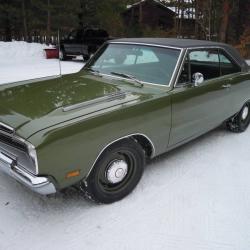 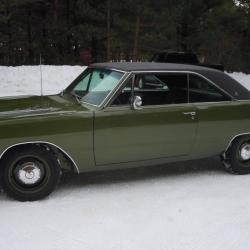 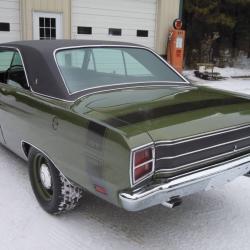 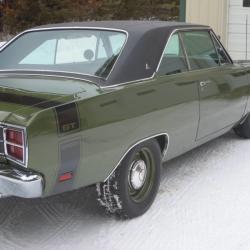 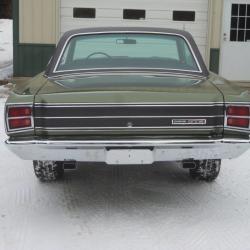 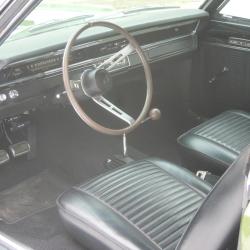 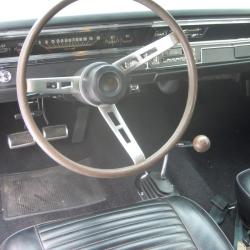 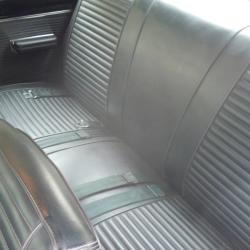 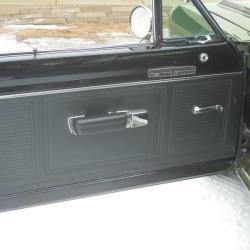 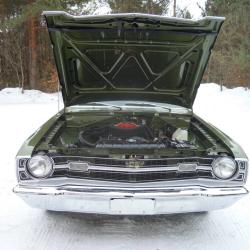 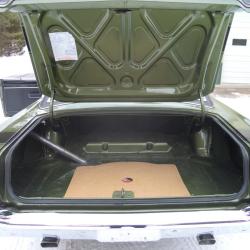 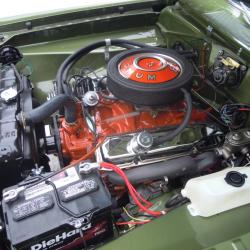 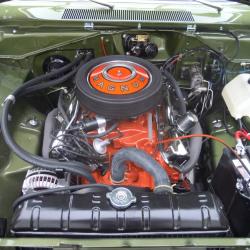 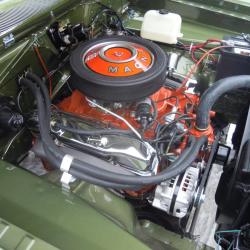 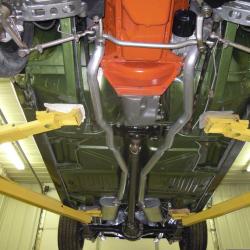 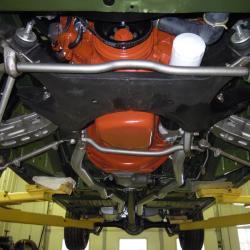 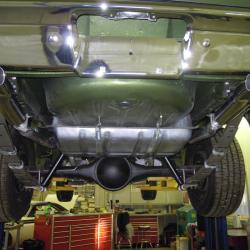 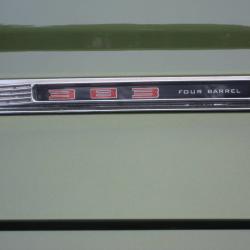 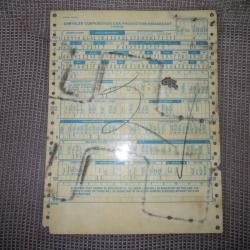 We all know Dodge’s friendly Dart as the brand’s generally plebian coupe, sedan and convertible model – a volume selling staple in the Dodge lineup for the ‘60s and early ‘70s. Many were produced with inline six-cylinder engines, or small V8s, but the late-‘60s were of course the heyday of the muscle car, and nearly any model that would hold a big engine under the hood was ripe for the muscle car treatment. The little Dart’s hot rod sub-model was called the GTS, for Grand Touring Sport, and you could kinda think of it as Dodge’s version of the Chevy Nova SS. Offered in 2-door coupe or convertible models, the GTS got hotter engines, drivetrains and some dress up. No inline-6s or 318s for the GTS, the base powertrain was the high winding 340ci small-block V8, and the step-up offering brought the real muscle in terms of the big-block 383ci right out of the Road Runner and Super Bee. These are relatively rare machines in terms of muscle car production numbers and sought out by an audience who appreciates the big motor / little car formula – thus the GTS was a popular drag racer. TV private eye Joe Mannix also drove a mildly customized dark green GTS convertible in the television show of the same name. 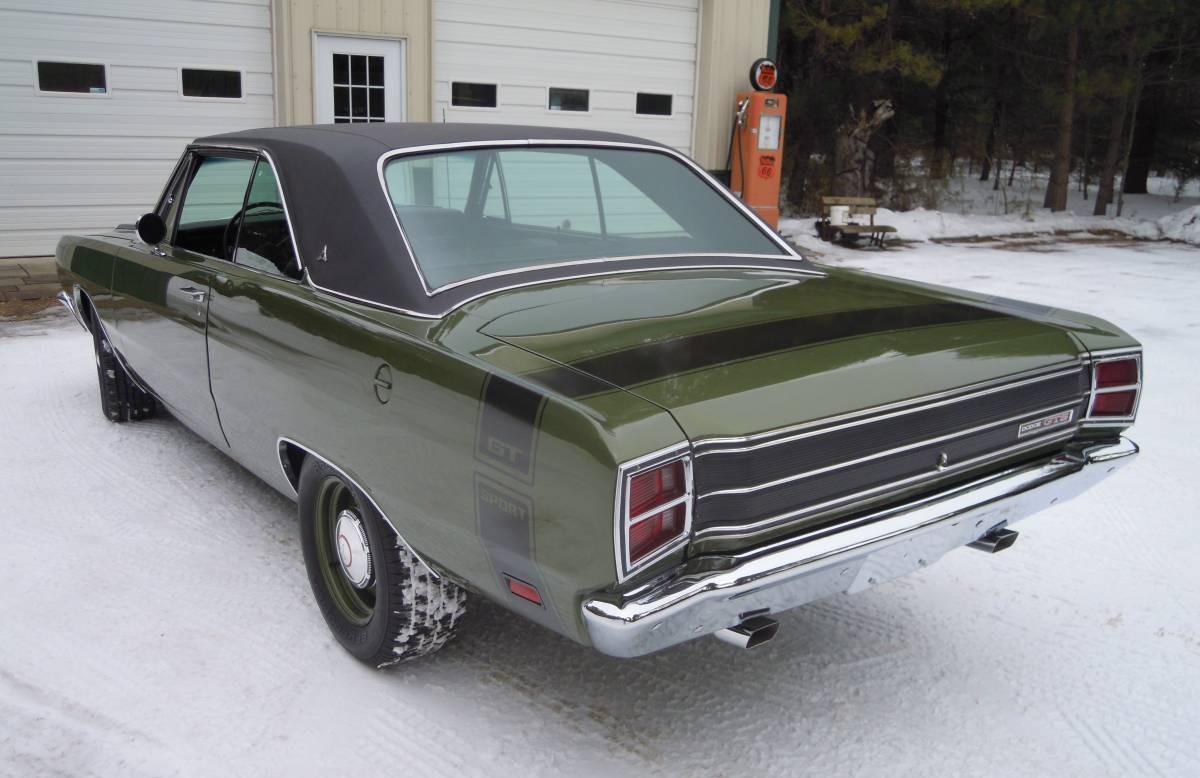 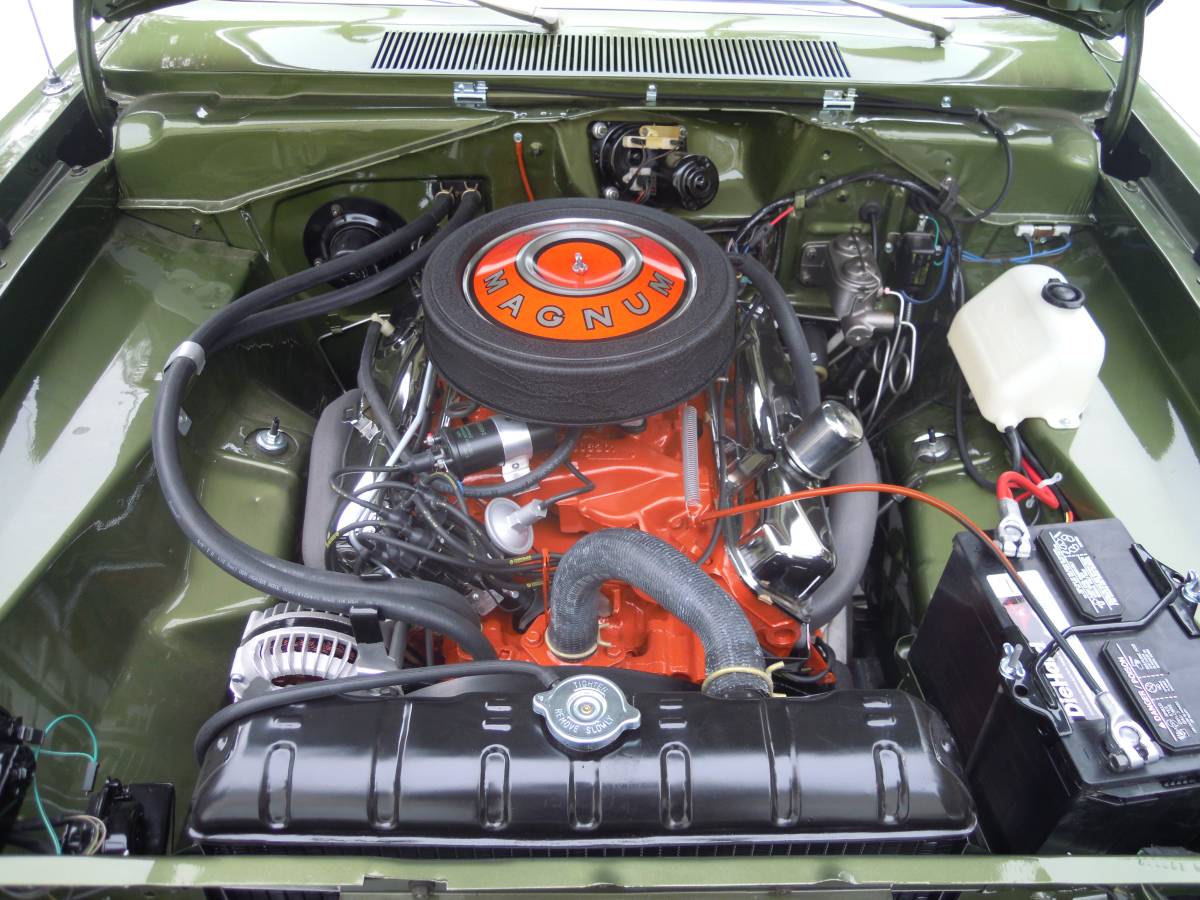 Much of what makes this example so appealing is its dead stock looking sleeper vibe. No psychedelic colors, phony wings, or overstuffed rolling stock here, just a subtle factory metallic green shade, steel wheels, and “dog dish” hubcaps – the black vinyl top and black striping really the only zing to speak of. Enhancing this car’s cred (and value) behind the stoplight sleeper look is the top offering 300hp, 383ci V8, factory 4-speed manual transmission, and 3.91:1 rear gears. This little car launches hard, will burnout its blackwall tires from LA to Montana, and hit 60 mph and run the quarter in a hurry! The photos show the engine compartment and undercarriage to be as nice as the exterior, plus that all important factory build sheet showing the equipment and specs of this car from the day and place it was built is included. Just the type of package and documentation that muscle car aficionados and collectors seek out and pay up for. 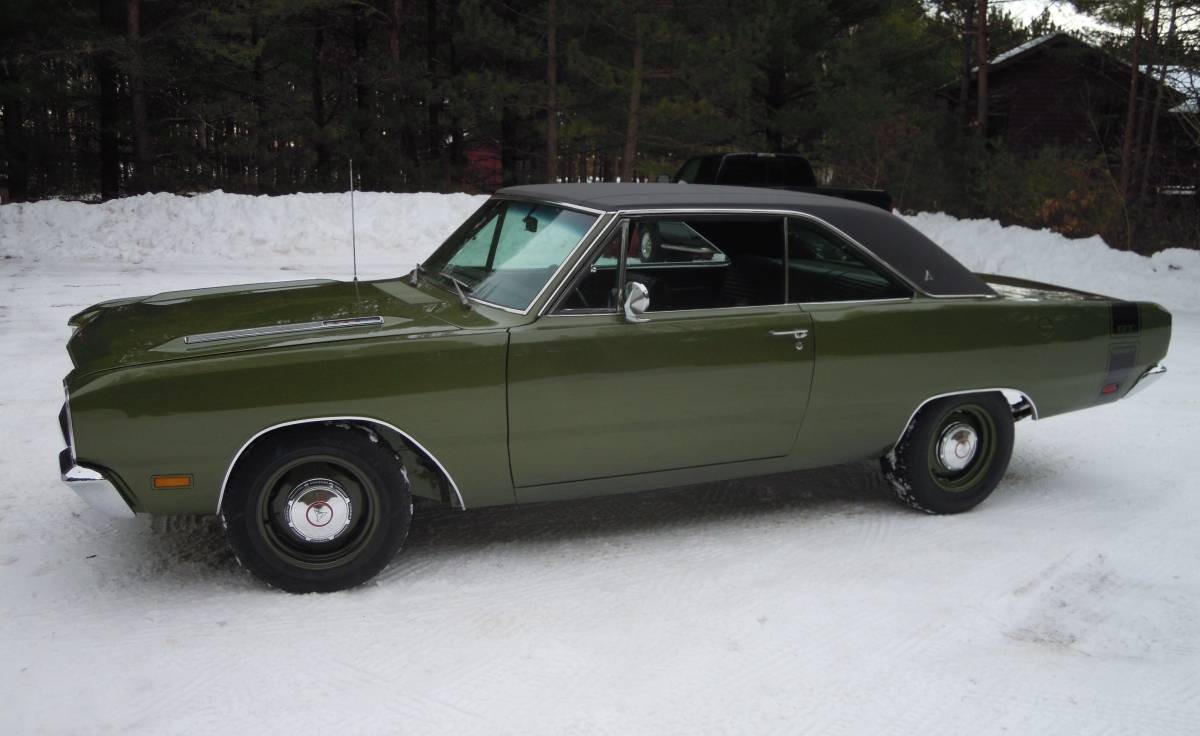 Hagerty rates a #1 concours Condition car at $54,100 and an Excellent #2 piece at $42k, plus 15% for the factory 4-speed manual transmission, so this authentically restored example sits squarely in that fair market range. This was the right way to restore/preserve such a nice original muscle car and it’ll be fun to drive and show, plus there will more than likely be future upside potential, as well.