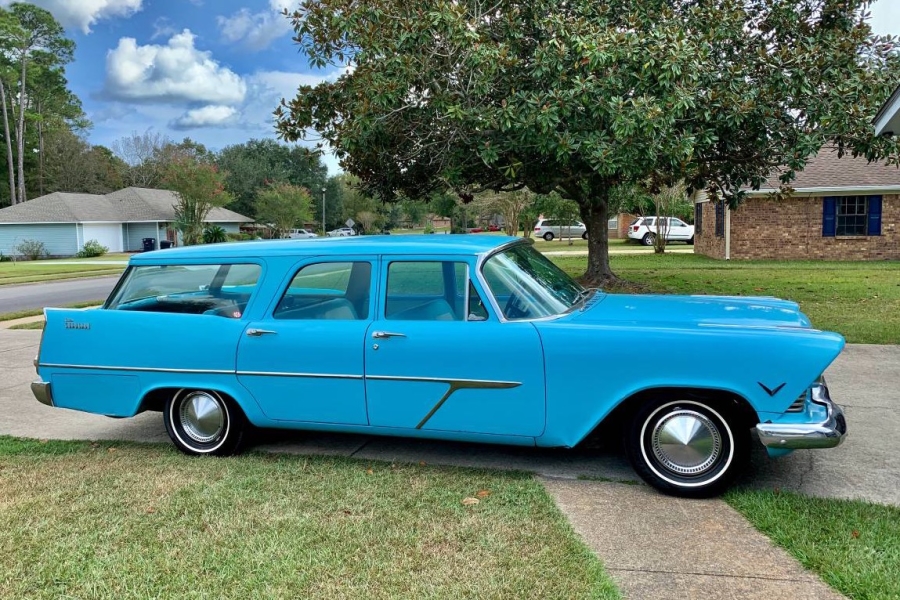 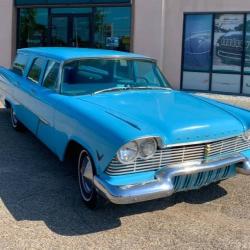 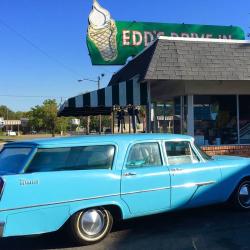 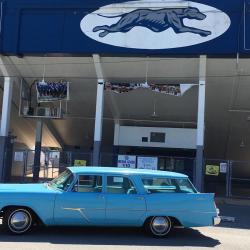 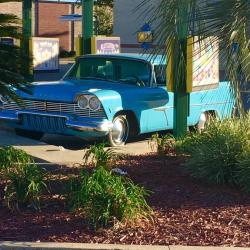 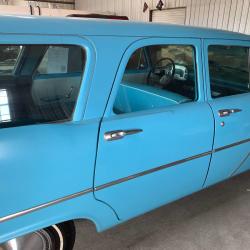 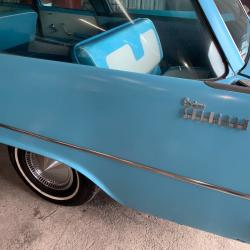 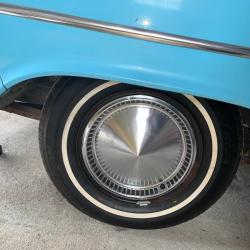 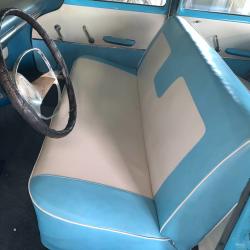 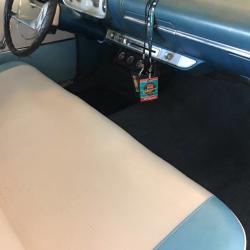 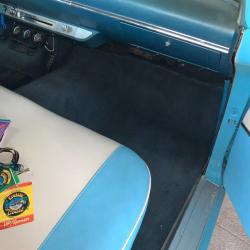 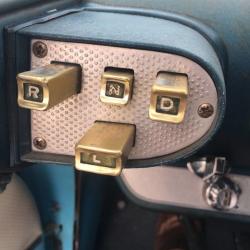 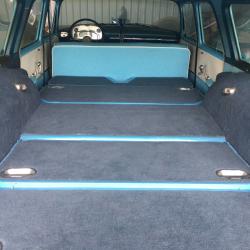 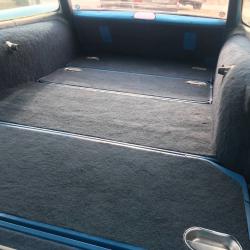 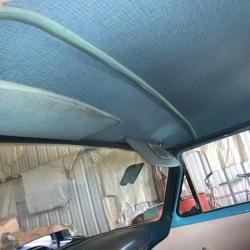 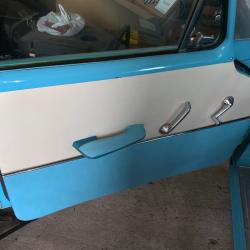 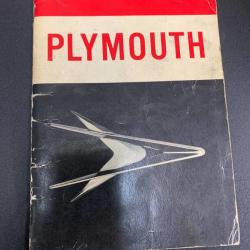 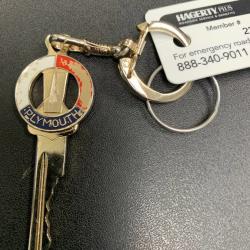 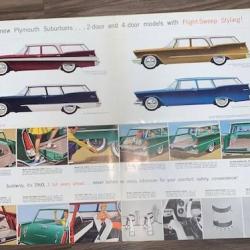 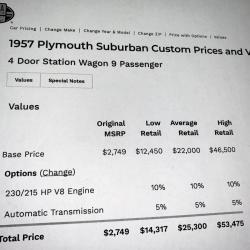 Station wagons are the dinosaurs of the automotive world, only barely sustained by the effusive praise showered on them by dyed-in-the wool enthusiasts. The best examples are reminders of a bygone era, before everyone had to stand up at the damn concert and ruin it for the comfortably seated. Any wagon deserves a little respect, the added dose of practicality and often cleaner lines make the weight penalty worth it in almost every scenario. Compared to today’s average wagon, this ‘57 Plymouth is effectively a doubling up of everything. Eight cylinders instead of four, nine passengers instead of four and a half, the number of speeds in the transmission is probably the only case where the trend is reversed! 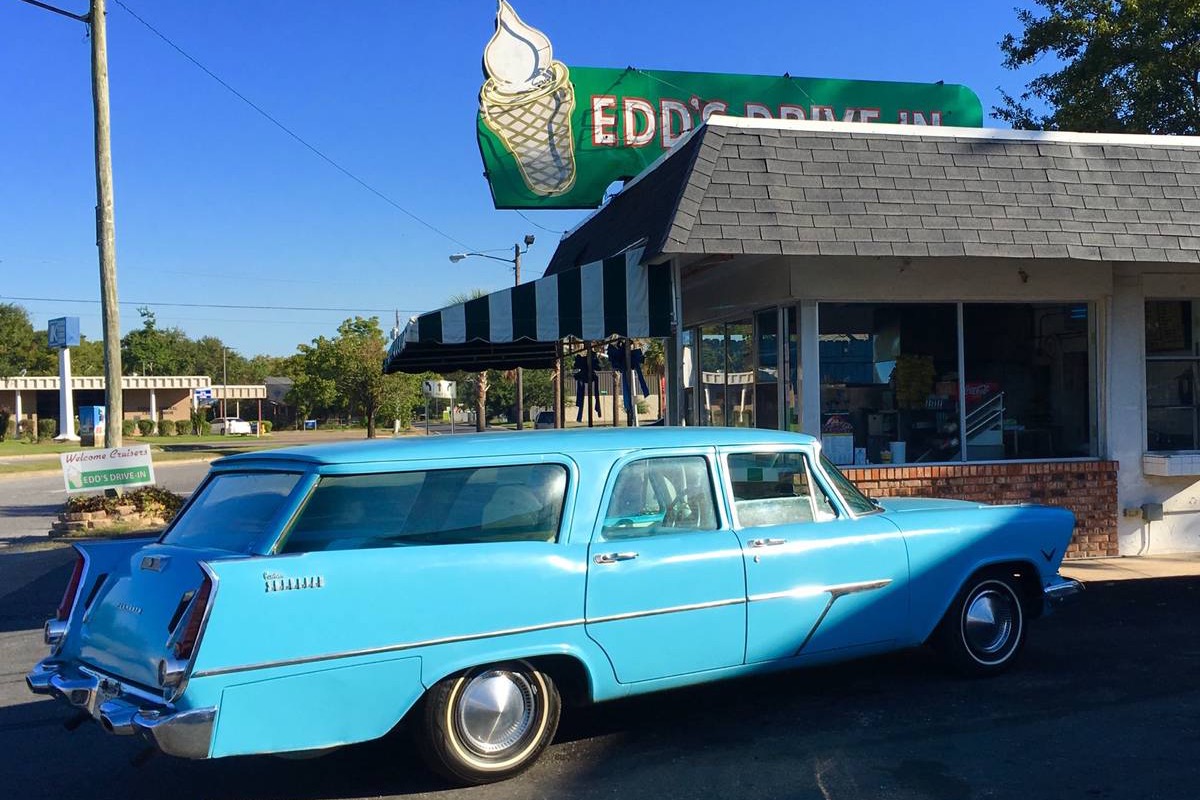 In addition to the capacious interior, exterior elements, like the imposing double decker front grill, silver-arrow side trim, and raked rear tail fins accentuate an otherwise simple design. As the Plymouth variant in the Chrysler lineup, it was the working man’s family hauler, devoid of extra pomp and circumstance provided in the upmarket Town & Country. Something Chrysler’s family of wagons shared that set them apart from the competition was the longer 122” wheelbase, compared to the shorter sedan wheelbases used by Chevy and Ford that were cheaper to manufacture. See, they doubled down on the design principles, too! 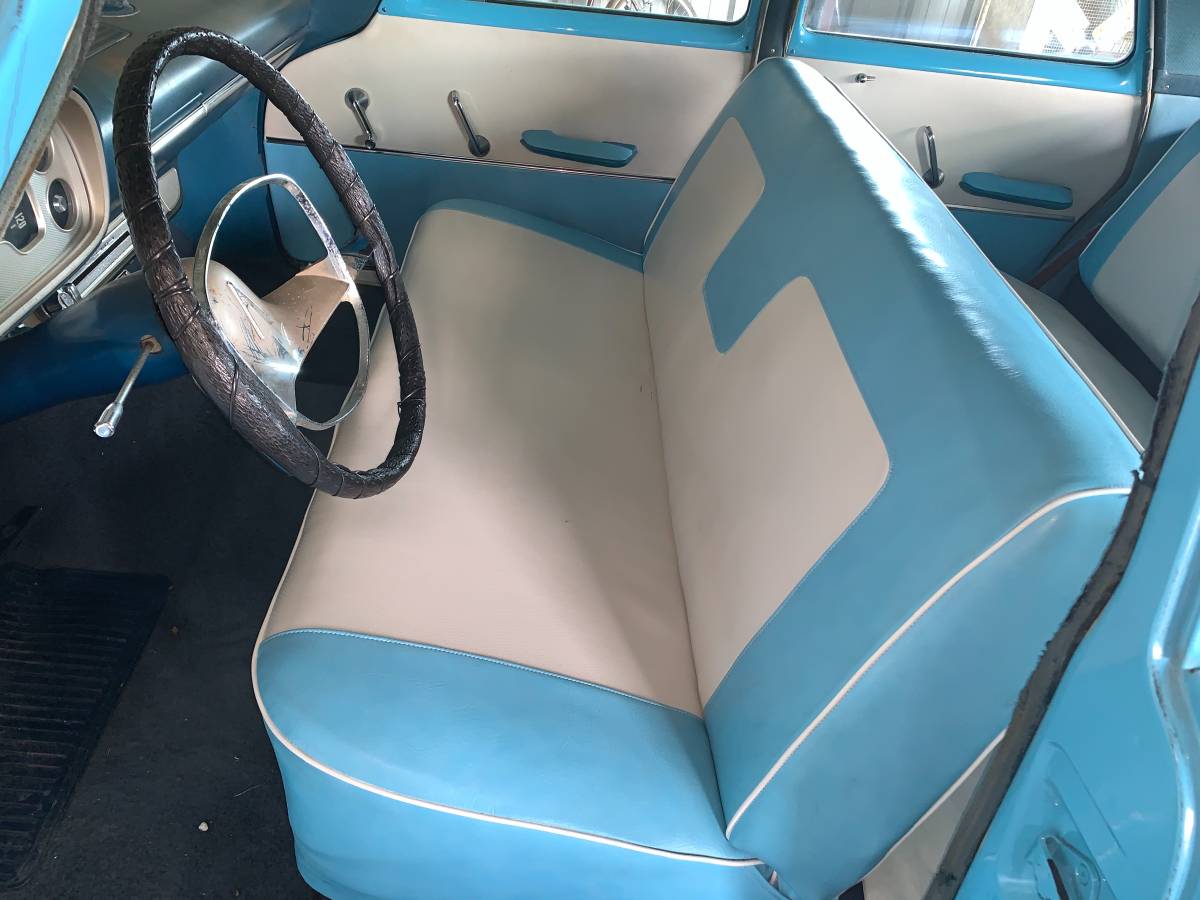 It’s rare to see vintage wagons out in the wild, and this one is sure to put smiles on passersby's faces. The seller has clearly enjoyed all the cruisin’ miles they’ve put on this big ol’ gal – they don’t seem to accumulate so fast when you are goin’ so sloooooooooow. We can’t imagine it without white wall tires, so it’s nice Hankook knows what’s up on that front. The white and blue two-tone interior helps to break up ALL that blue elsewhere, there’s just so much of it! The front carpets look relatively shabby compared to the rear section that’s looking clean enough to picnic off of, but with the many years and the driver miles, it isn’t much of a surprise. In the end, we have a high level of unmolested originality here, the only visible modification being a triple array of functional auxiliary gauges. Without any photos to go on, we’ll hope the engine bay looks like it was delivered in ‘57, with a healthy dose of dust and surface rust serving as authentic patina. The next owner can truly take the included owner’s manual to heart, “All about your new (to you) Plymouth.” 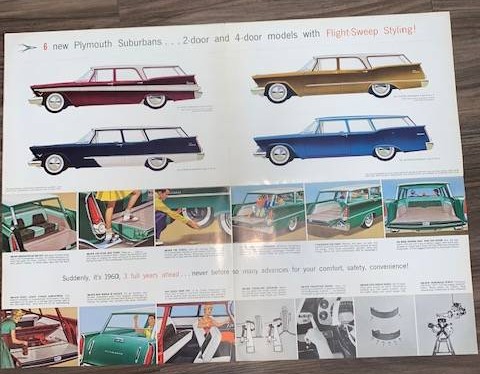 If we were evaluating this vehicle by the cubic yard like some primo topsoil, it’d surely be a lotta bang for your well-earned buck. The seller states they’re open to trades, preferably Jeeps, and seeing as one of the photos was taken outside the Jeep dealer, maybe they just couldn’t hit the magic number on that trade-in! Hagerty’s price guide reveals an uptick in values from about a year ago, just as folks were considering throwing all their belongings in the getaway vehicle and getting outta dodge...coincidence? Perhaps. Current value of a #2 “excellent” car is $20,800 and a #3 “good” one is $15,300. If this one isn’t good, we don’t know what good is. Considering all the great memories made and the number of potential future ones for the next owner, the asking price is better than fair. Because it is a wagon, it’s well bought – regardless!