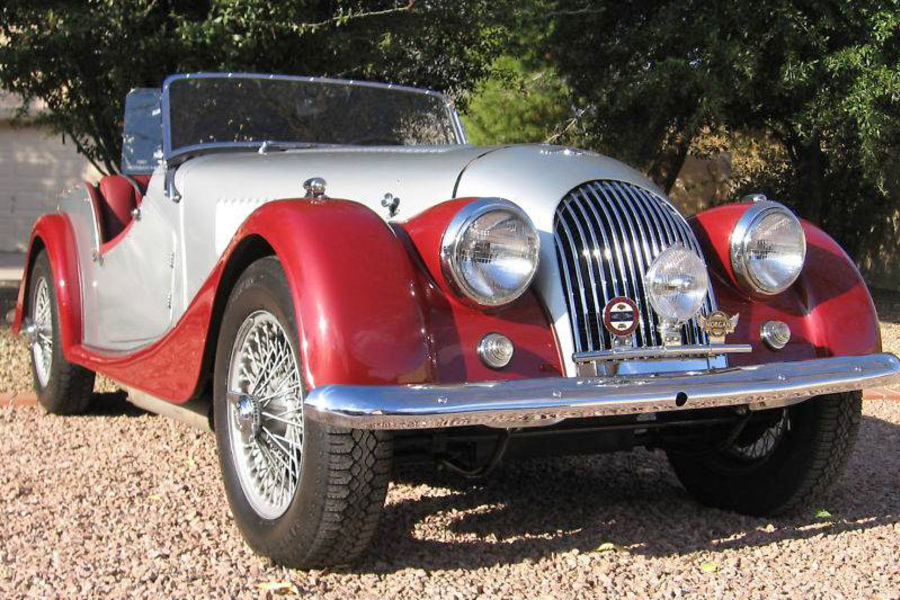 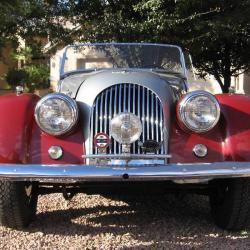 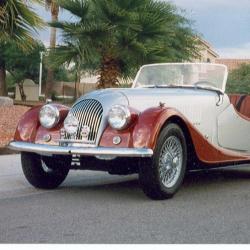 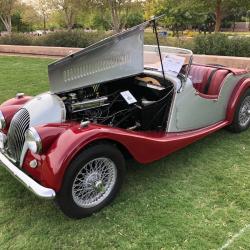 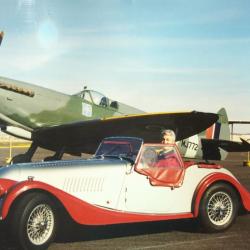 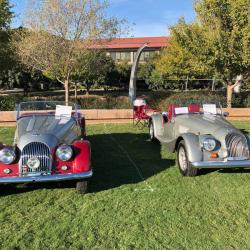 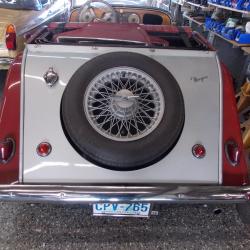 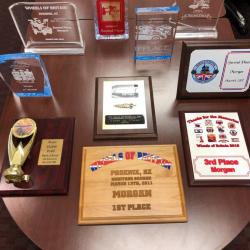 While Morgan made its early reputation with lightly taxed 3-wheelers for road and competition use, stiff new UK road levies dictated production of its first four-wheel model by 1936. Derived from the F-Type 3-wheeler, the new Morgan was dubbed ‘4/4’ in reference to its 4-wheel configuration and 4-cylinder powerplant. In addition to having a rear axle, the 4/4 eschewed chain drive for a conventional driveline, with power initially delivered by a side-valve Ford engine. Soon, Coventry Climax 1,098cc powerplants propelled the 4/4 in competition, with the car gaining success by competing at the 1938 edition of the 24-Hours of Le Mans and qualifying for the Biennial Cup. Next, John (later Sir John) Black of Standard Motors made an engine supply deal with H.F.S. Morgan, leading to Morgan’s renowned 2-liter cars yet to come, which shared their powerplant with Standard’s Triumph TR2. As was the case with Morgan’s fierce 3-wheelers, the 4/4 dominated post-war trials competition, as well as circuit racing. Refined into Plus 4 specification, Morgan enjoyed one of its finest moments in 1962 by winning the 2-liter class in startlingly road-ready form at the 24-Hours of Le Mans. 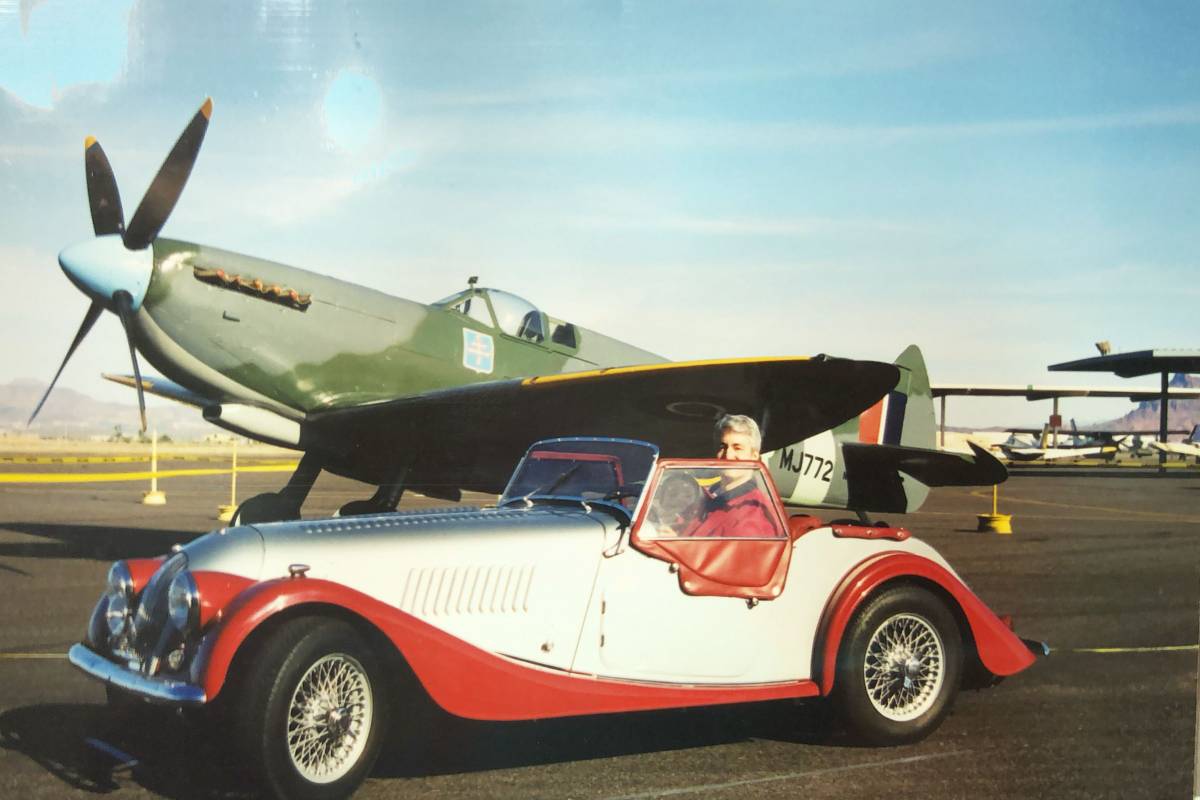 Handsome in two-tone livery, this 1961 Morgan Plus 4 Roadster is offered on behalf of the sole owner for the past 30+ years. Featuring welcome upgrades, it’s accompanied by extensive history and appears to include the proper complement of weather gear, plus numerous show awards. According to the seller, the Morgan has under 28k miles of use, but we’re unsure if that is from new, or since restoration at the moment. 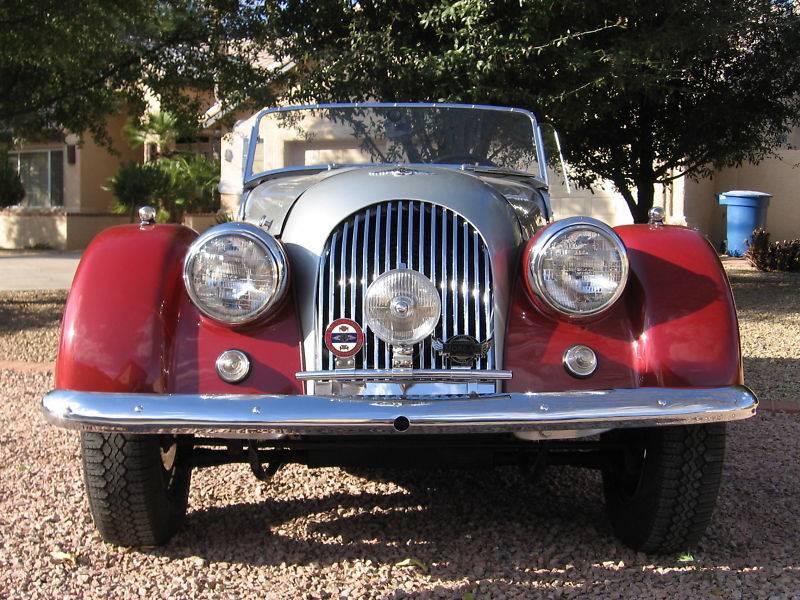 Advertised as ready to drive and enjoy, this striking Morgan Plus Four comes from enthusiastic and caring ownership. The seller states the car is located in Nevada and it looks very nice, indeed. A delightful anachronism in the modern age of mass-production, Morgan remained successful throughout its long history by steadfastly adhering to excellent basic design and hand-built quality. While classically styled, Morgans have long enjoyed racing success and have delivered true, “wind in your hair” motoring thrills for committed driving enthusiasts on both sides of the Atlantic. No sports car enthusiast can consider their lives complete without owning and enjoying at least one top-notch example, nicely epitomized by this 1961 Morgan Plus Four. According to Hagerty, a 1961 Morgan Plus Four should be worth $27,500 in good #3 nick, up to $60,900 in concours-worthy #1 condition. Our subject car appears to be in 3+ condition (at least from the online photos) and still seems to benefit from enthusiastic ownership, leading us to declare it fair market.