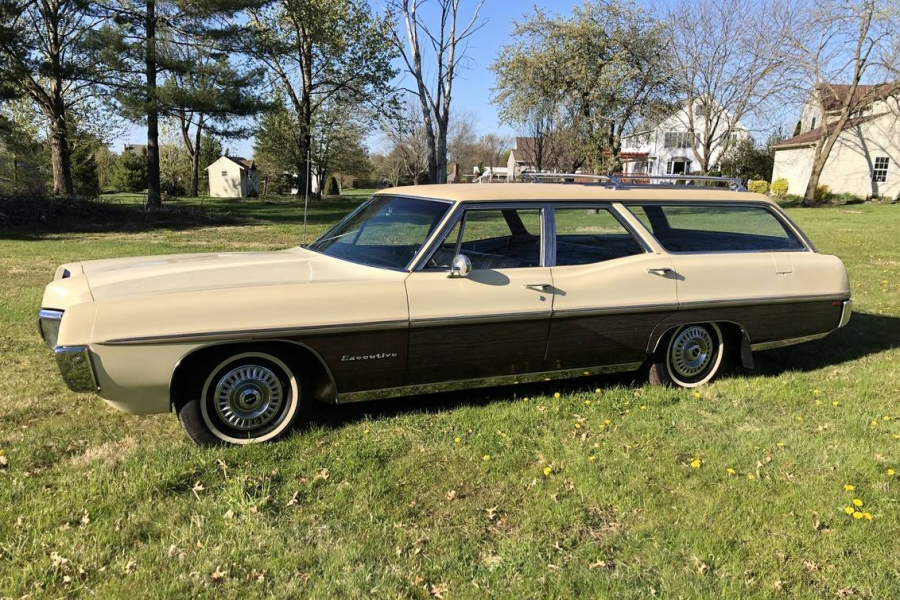 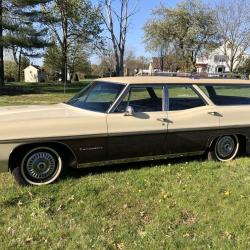 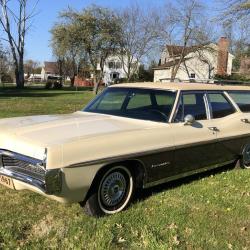 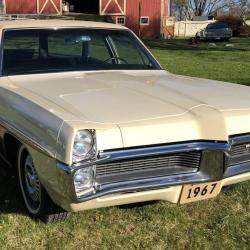 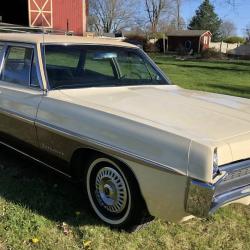 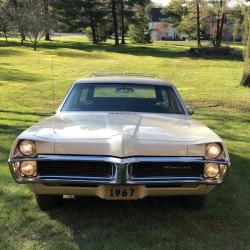 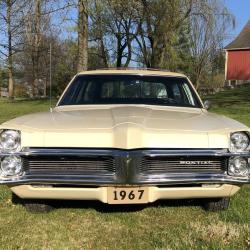 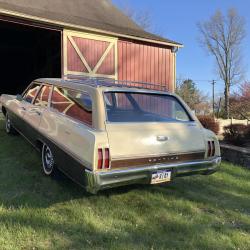 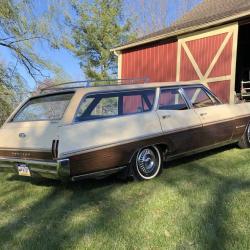 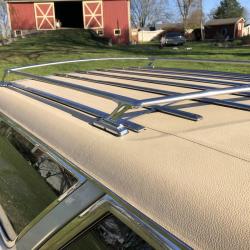 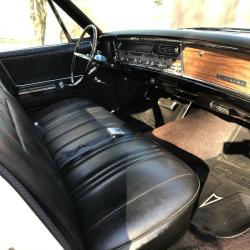 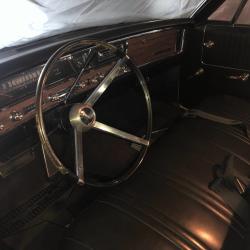 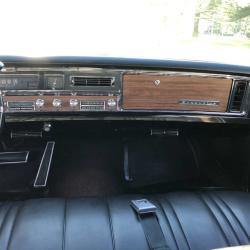 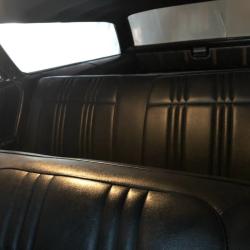 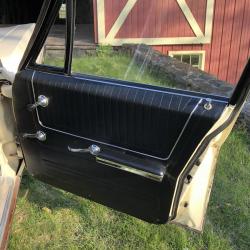 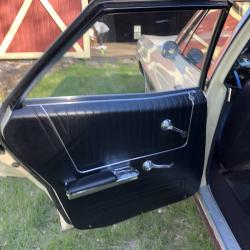 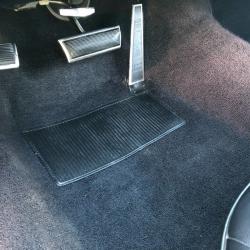 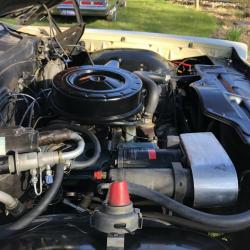 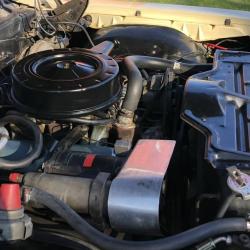 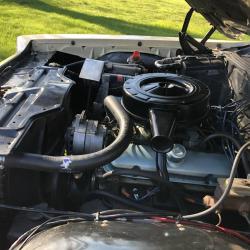 In 1967, GM’s popular, performance-based Pontiac Motor Division maintained its enviable third place sales ranking, a position it held since 1962. During this time, the Catalina-based full-size models were a big part of that success, benefiting from select refinements for 1967. Model lines were slightly adjusted as well, with the former Star Chief Executive line of 1966 simply renamed Executive. Station Wagons remained in both 6- and 9-passnger configurations, with woodgrain-accented models named “Executive Safari.” Powerful V8 engines and a choice of manual and Turbo-Hydramatic transmissions were available for Executives, and these upscale Pontiacs came with the same standard and optional features of the Catalina line, plus electric clocks, deluxe wheel covers, deluxe steering wheels, décor moldings, and other special trim items including V-shaped trunk emblems and Executive front-fender lettering. In all, 11,496 Executive station wagons were built for 1967, including 5,593 6-passenger cars and 5,903 9-passenger examples. 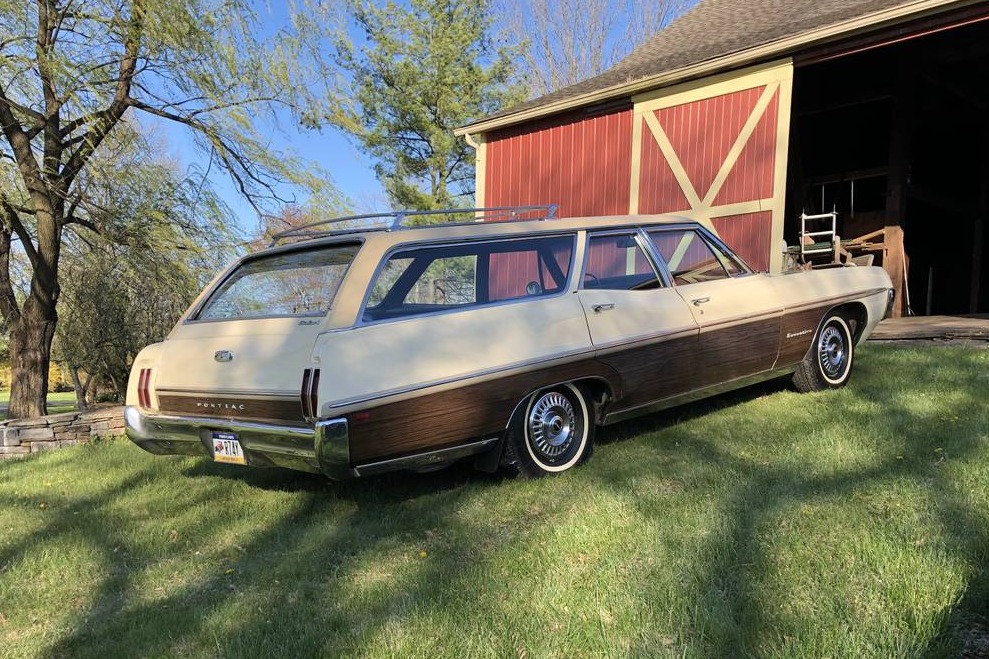 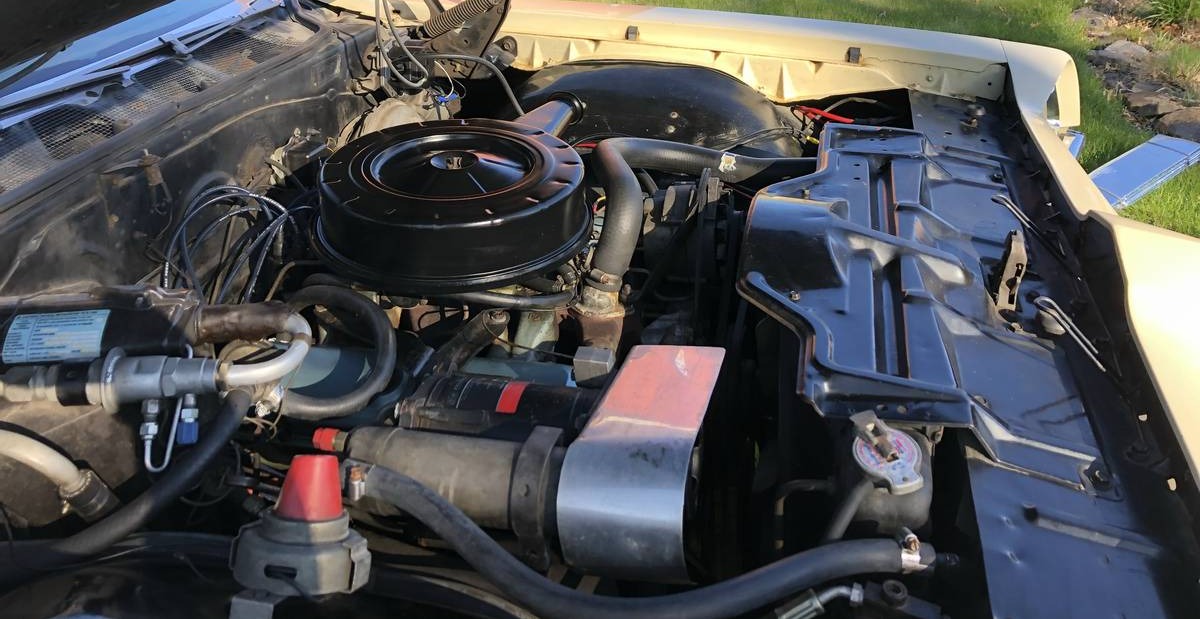 This exceptionally original and unrestored 1967 Pontiac Executive Safari is powered by a 400ci Pontiac V8 engine delivering ample power with an economical 2-barrel carburetor and nice cruising with a 3-speed Turbo-Hydramatic automatic transmission. It looks like a very nice and well-maintained survivor with a good looking exterior and inviting interior that bely the vehicle’s 116K stated mileage. 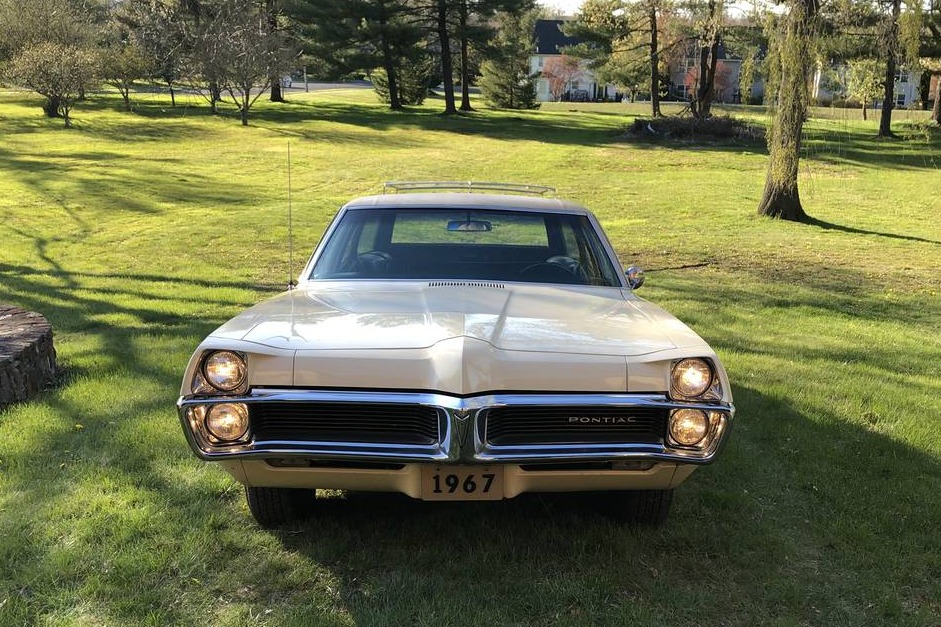 Nice, survivor-grade classic American station wagons have a wide and enthusiastic following today, serving as 4-wheeled reminders of simpler and happier times. Big V8 engines supply confident driving and their spacious interiors with many available amenities provide a wonderful trip back in time. Our subject Executive Safari is well-equipped with options to boot, including power brakes with dual-circuit master cylinder, A/C and a radio. The Executive line seems to have been somewhat forgotten by the usual printed collector car price guides, and we can’t find any that have come up for auction, likely a function of the Executive’s rarity today. Our subject vehicle appears to have been very well-maintained and nicely preserved, with obviously attentive ownership. While the seller’s asking price is not inconsiderable, it’s not at all out of line for such a nice vehicle. Our take? Buy it, use it, and have fun with it, as originally intended.