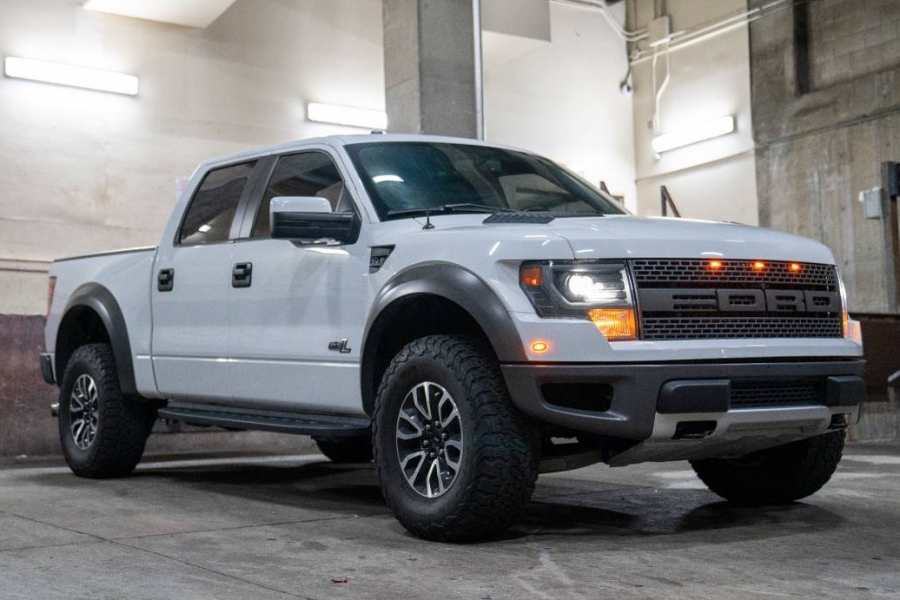 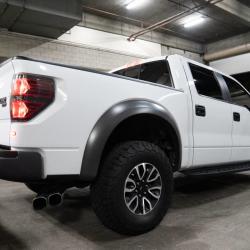 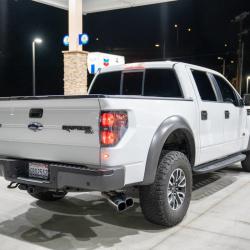 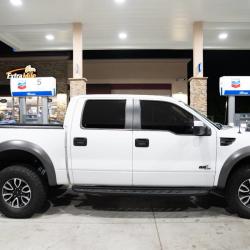 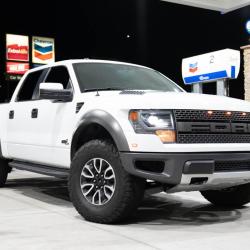 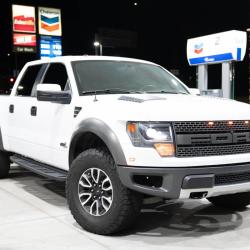 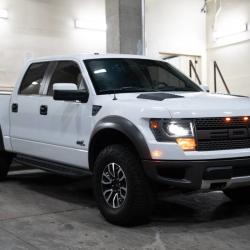 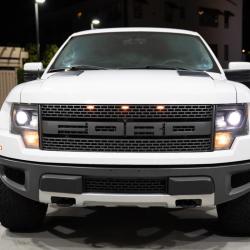 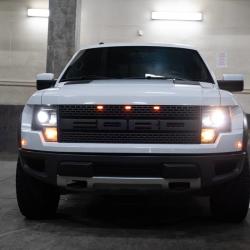 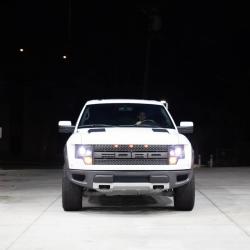 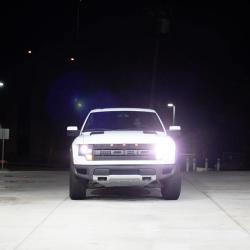 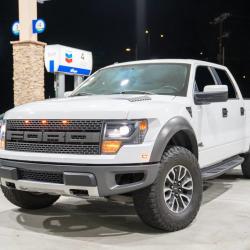 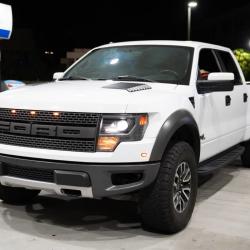 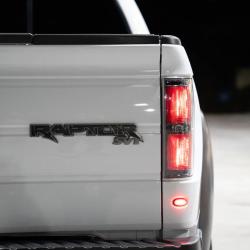 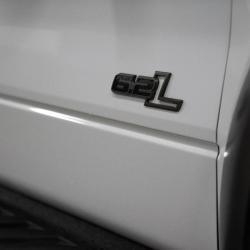 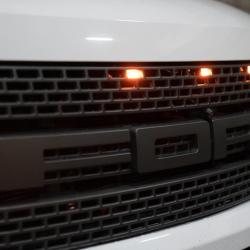 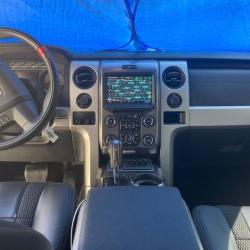 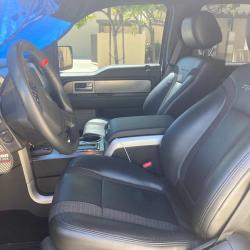 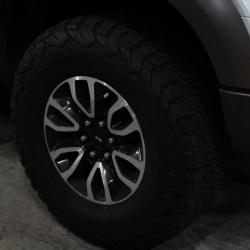 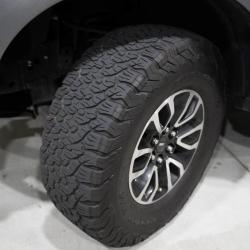 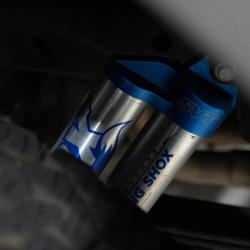 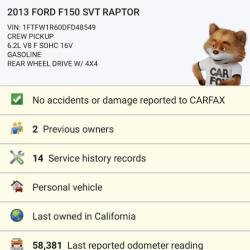 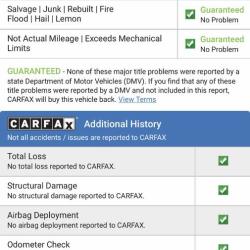 Introduced for the 2010 model year, the menacing Raptor joined the Ford F-150 line, courtesy of the wizards at the company’s SVT Special Vehicle Team. Drawing its provocative model name from both birds of prey and prehistoric velociraptors, the high-performance Raptor was optimized for off-road use and it’s clearly a road-going version of the F-150 SVT Raptor R long-distance off-road racing vehicle of Baja 1000 fame. Entering production in July 2009, the model now enjoys two generations of production, the first through October 2014, and the current models from 2016 to the present. First-series Raptors are powered by a choice of 5.4L and 6.2L V8 engines, but only the 6.2L Boss unit was available by 2011, developing 411hp and matched to a 6-speed 6R80 automatic transmission. A myriad of upgrades helped the Raptor handle any operating environment, ranging from hood-mounted air extractors, to a front-end skid plate, as well as front and rear suspension modifications. In addition to the anti-lock brakes (ABS), AdvanceTrac stability control with RSC, and traction control shared with the rest of the F-150 line, the Raptor was the first Ford model to offer hill descent control. A choice of SuperCab and SuperCrew cabs also made the Raptor ideal for family use, and a high towing capacity allows you to bring along everything necessary for fun adventures literally anywhere as desired. 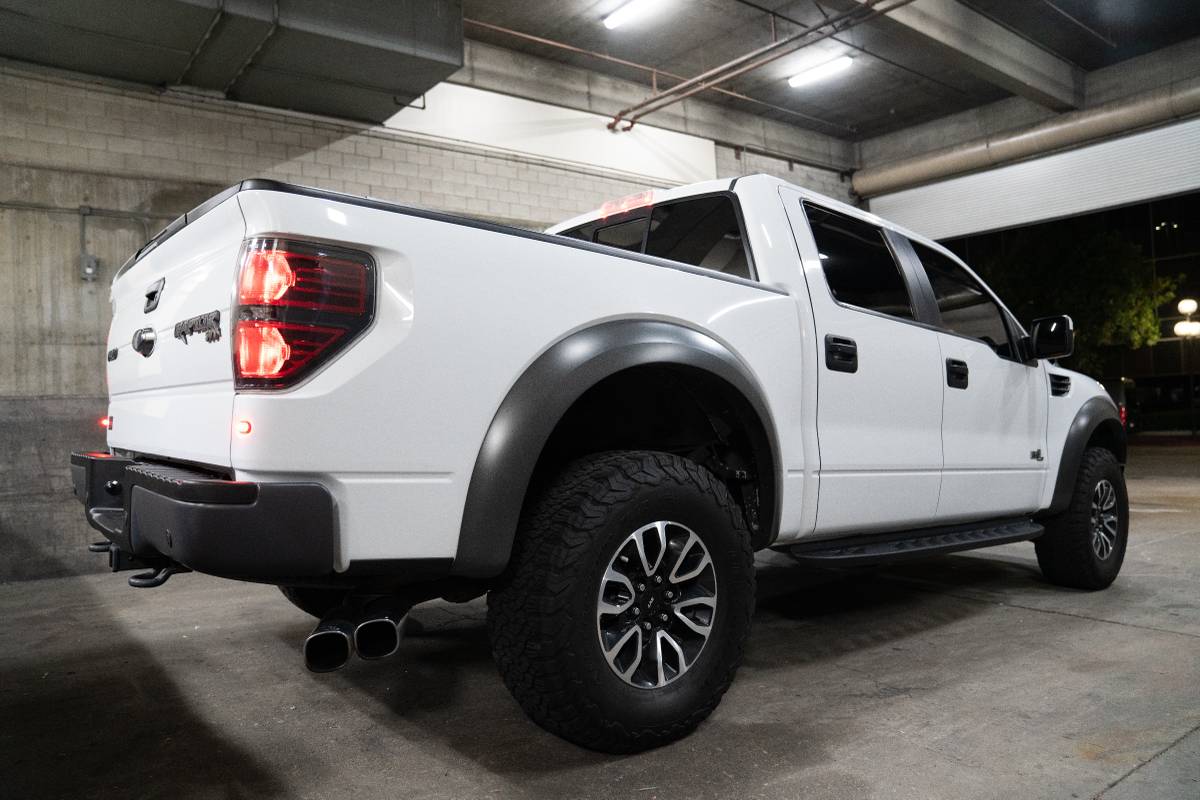 Advertised with 58k miles, this 2013 Ford F-150 SVT Raptor comes to market with the seller stating it remains in outstanding condition with proper maintenance and only two modifications: a dual-tip Ford Racing performance muffler upgrade and a Volant boxed cold-air intake. The seller rates the interior 10/10 with never-used rear seats, and a 9/10 exterior with just a few stone chips on the bumper. Interestingly, the truck reportedly has sadly (but fortunately) seen nothing but highway miles its entire lifetime to date, and as related by the seller, it’s a choice example that’s running as new. Features and options are many, including the Code 801A Technology Package with big screen display, leather bucket seats, heated/cooled seats, power folding side mirrors, brand new 35-inch BF Goodrich Baja Champion 2 all-terrain tires on factory SVT rims and a brand-new spare, front and rear cameras and rear sensors, and a 700-watt Sony audio system, plus all-weather SVT floor mats, bedliner and bed extender, trailer brake, auxiliary switches, light bars, and more. The seller also advises that they’re open to trades. 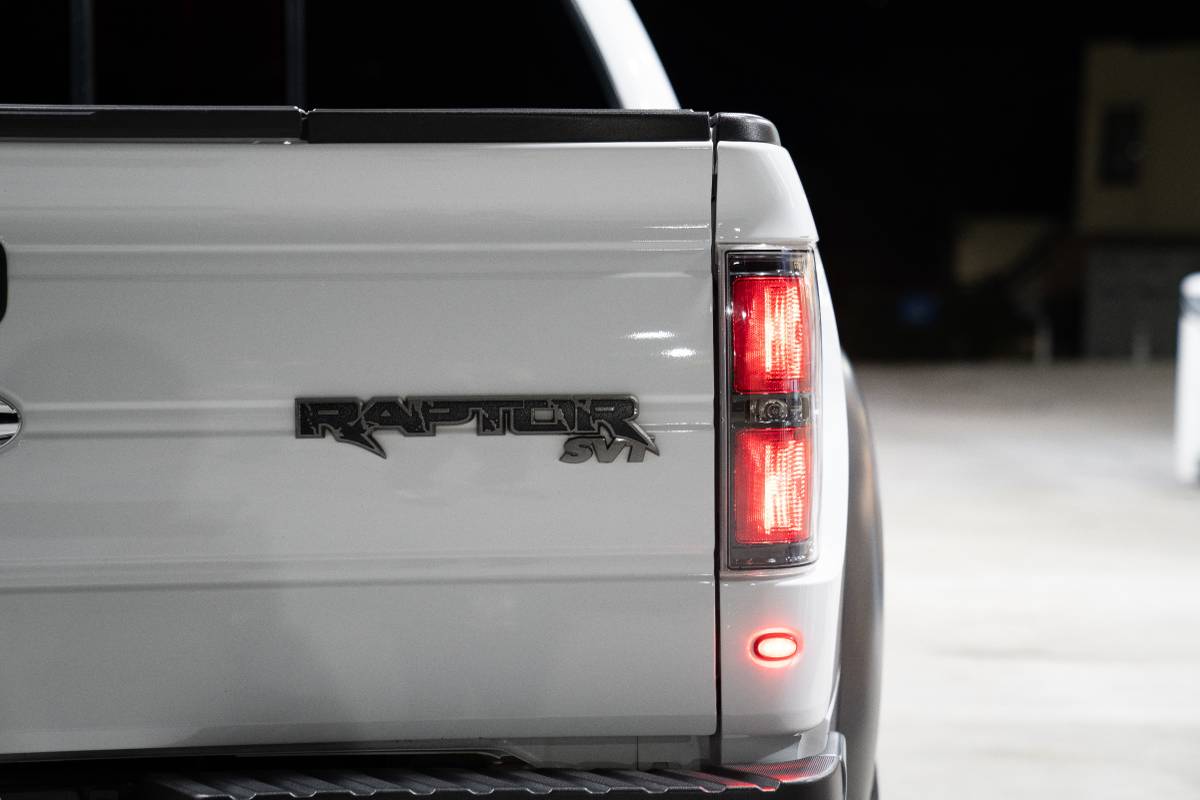 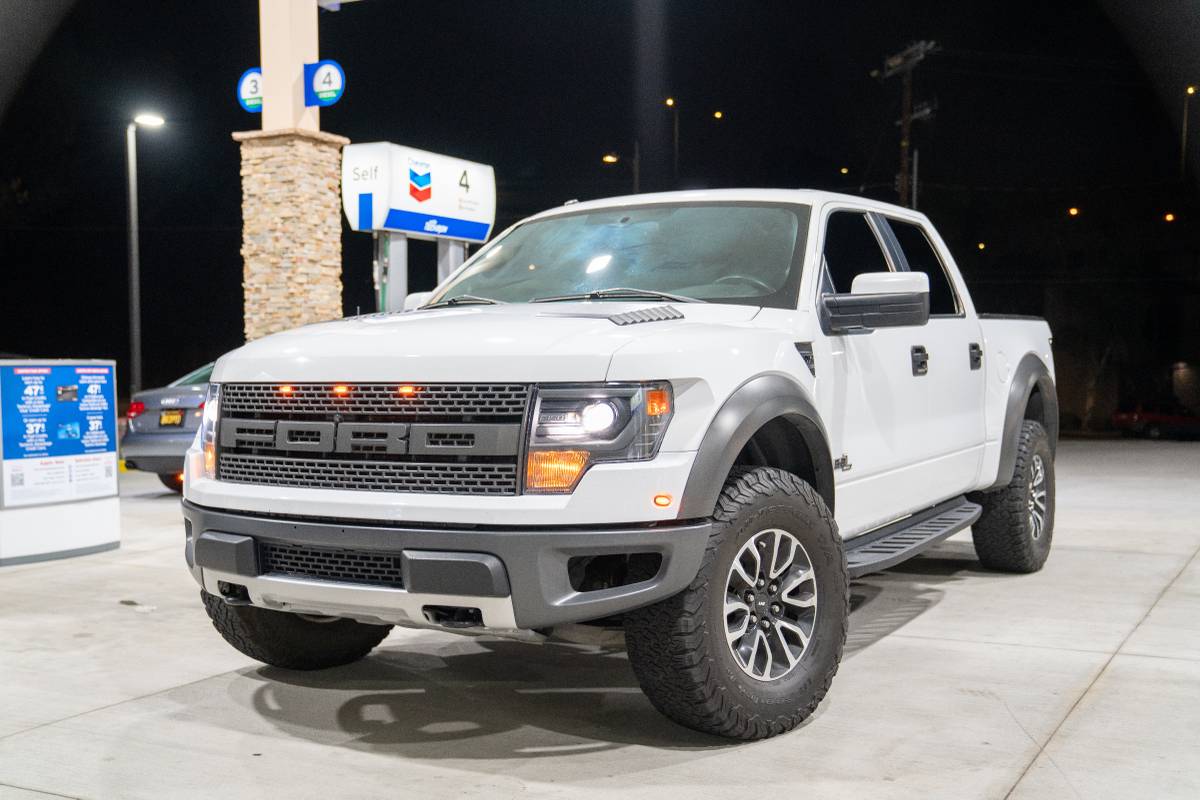 The Raptor may be far too new for inclusion in collector vehicle price guides, but due to demand, they do come up for sale fairly often. As expected, asking prices and sales depend on mileage, condition, and originality. Our subject Raptor does have some mileage, but with nil reported off-road use. Sale prices realized on Bring a Trailer range from $57,250 in 2019, to $59k in mid-2020, with the latter result for a vehicle with only 1,600 miles. Our subject’s price seems a bit stiff, but with the seller’s willingness to take trades and the vehicle’s on-road-only use and freedom from excessive mods, it could very well be worth the premium for such a desirable and versatile vehicle. 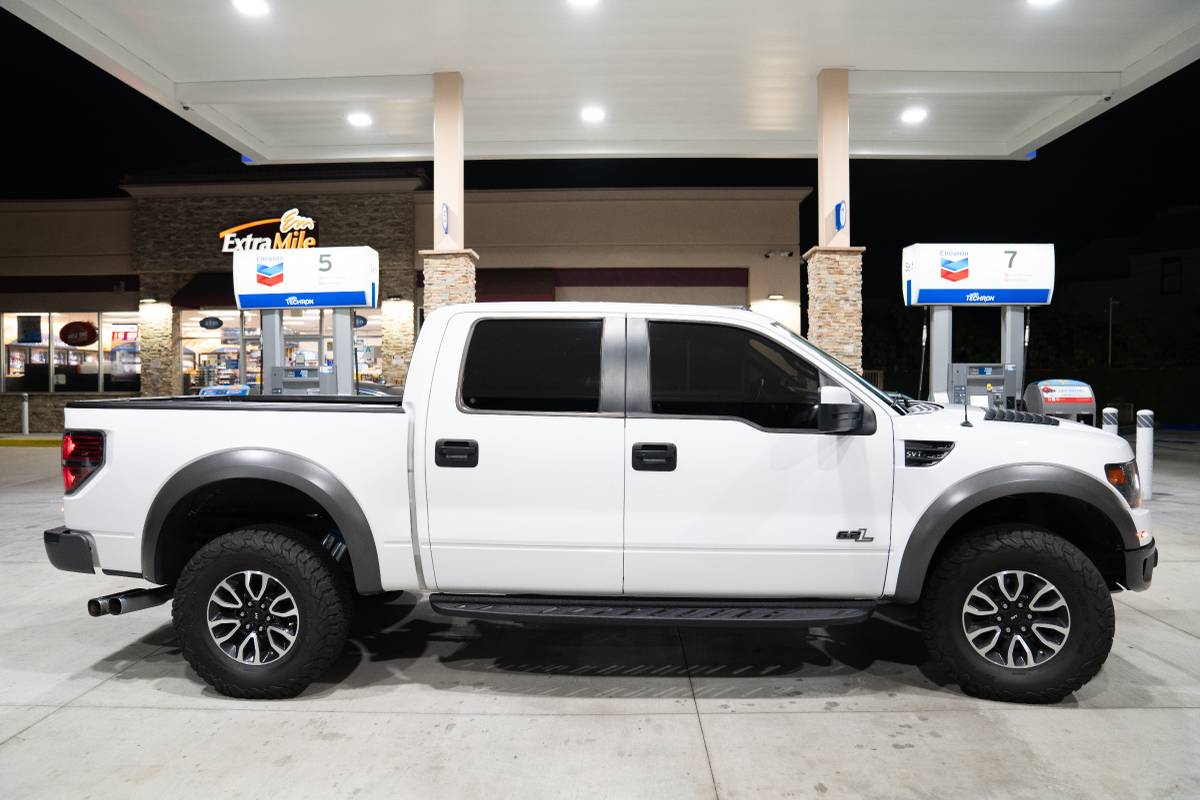