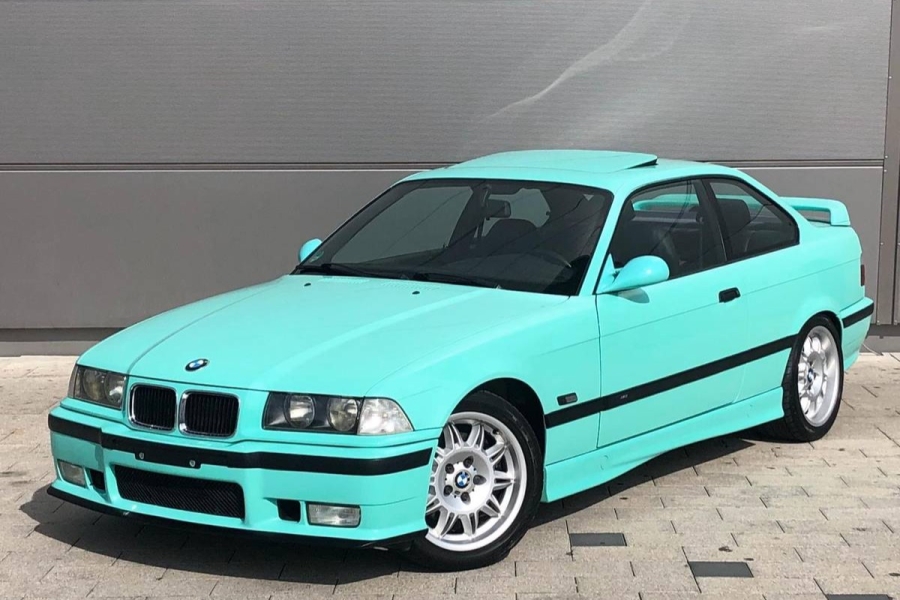 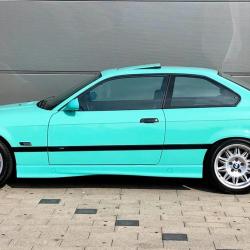 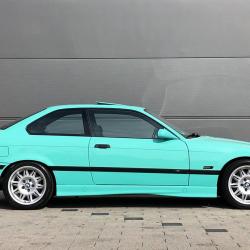 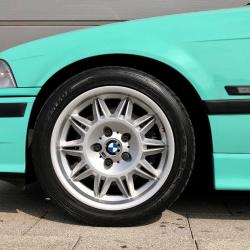 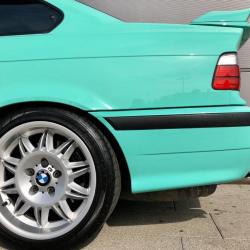 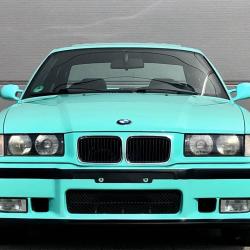 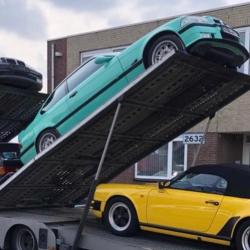 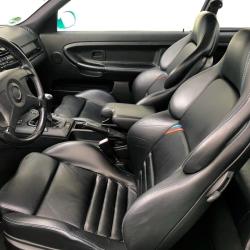 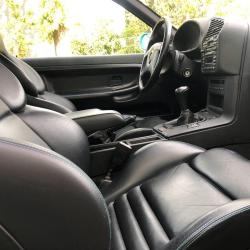 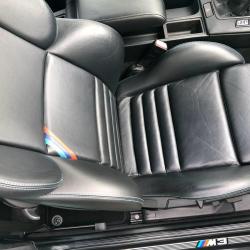 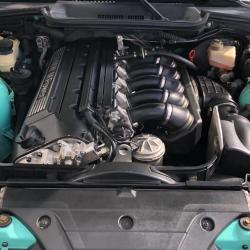 UPDATE: 1/18/22
Y'all remember that sweet Euro-Spec 'Mint Green' E36 M3 we wrote about back in June? Ya, the one people kept telling us to take down because the ad was a "scam" and the car was a "fake"? Well, we went down to the Malibu Cars & Coffee in August to meet "Minty" (once she finally cleared customs) and her owner @nobrakes to put the matter to rest once-and-for-all, and the car is even more spectacular in person than we could've imagined!! Now it's coming up for auction with our friends at P-Car Market for their Scottsdale lineup and bidding begins in just a couple days. Cheers @nobrakes - we hope you break the internet with this one!!

Sometimes you just have to believe...

Original Article:
Produced along five generations from 1986 through 2018 with a sixth planned for 2021, BMW’s brilliant 3-Series based M3 is the company’s legendary road model purpose-built for racing homologation. Victorious in German DTM, British BTCC, and European ETCC touring-car championship series from inception in the late 1980s, the M3 was also a juggernaut in North American IMSA and SCCA competition. The definitive product of the engineering wizards at BMW’s legendary racing division, BMW M Motorsport GmbH, the M3 enjoys a strong following and cult status today. 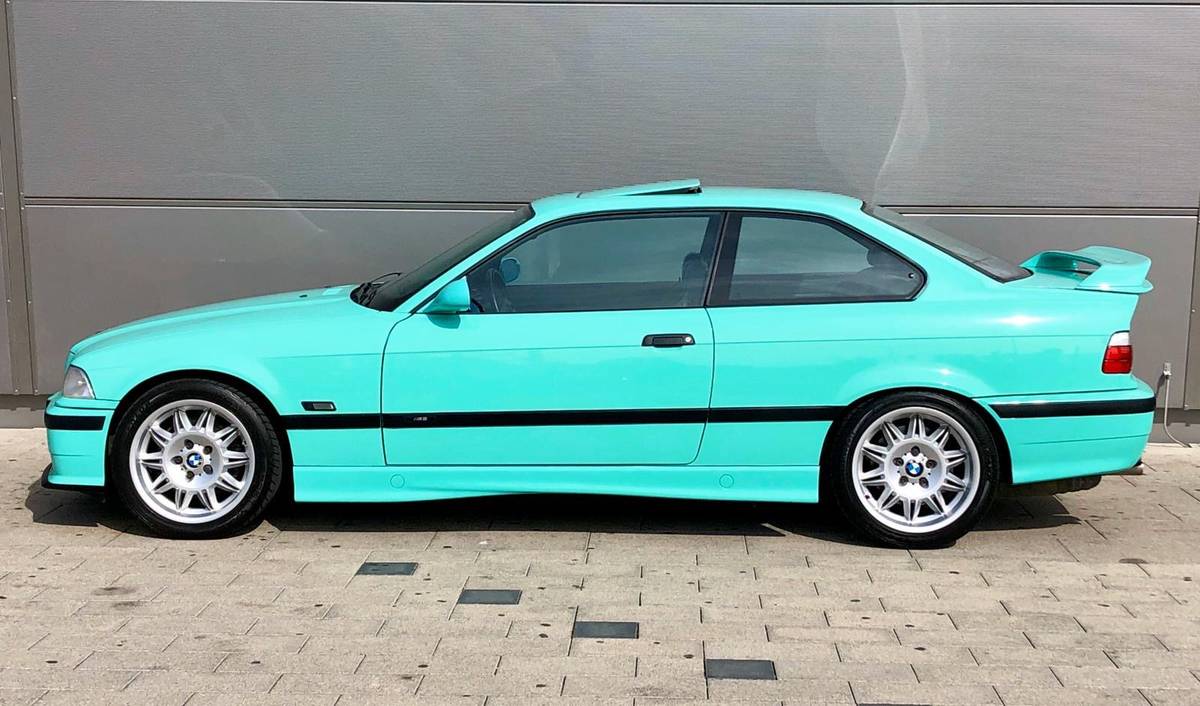 The E36-generation M3 debuted for 1992, initially in Coupe form, was supplemented by a range-topping Cabriolet in 1998. The E36 M3 was also the first M3 to feature 6-cylinder power. And what a powerplant – featuring dual overhead cams, the new VANOS variable cam-timing system, and electronic fuel injection. North American buyers were able to enjoy the new M3; however, power was limited to 240 factory-rated horsepower from the S52 engine spec, while European buyers enjoyed the wilder S50 unit cranking out 321hp in concert with an available 6-speed manual transmission. 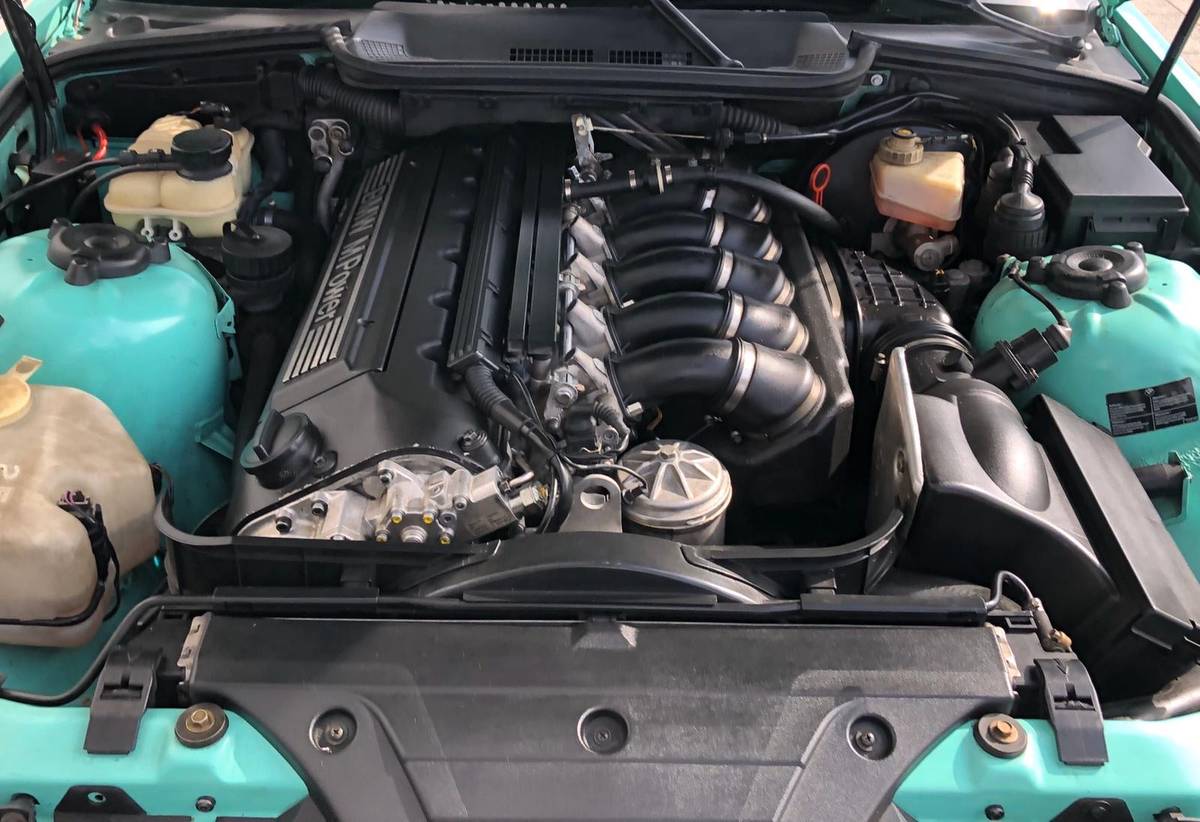 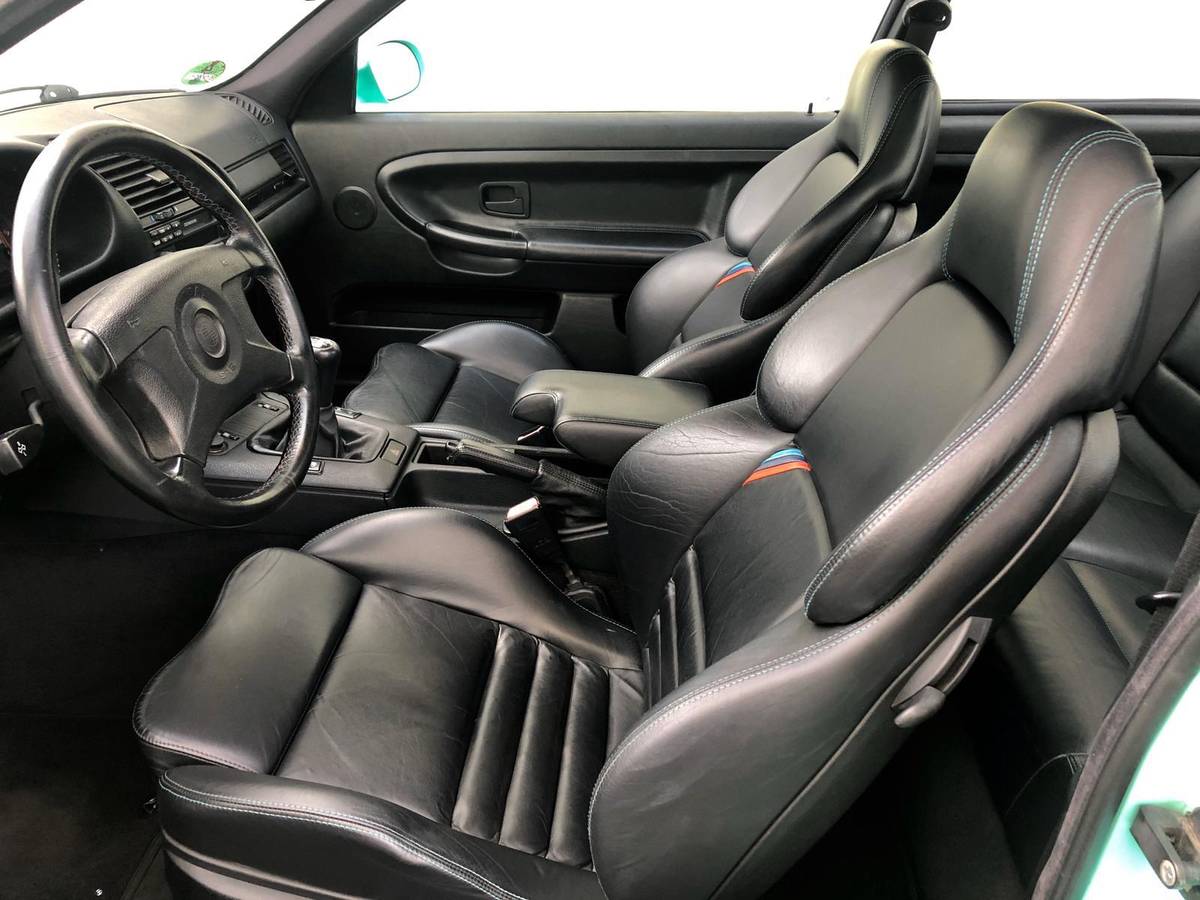 Finished in specially-ordered Mint Green paint, this ‘Euro-Spec’ E36 BMW M3 from 1996 is a compelling example, complete with S50 engine and 6-speed manual gearbox. Needless to say, the performance advantage over original U.S. cars is substantial. While some of these European-market cars have been imported to the United States in the past, DOT/EPA compliance came at a high monetary cost and performance was still compromised a bit. However, U.S. requirements are waived for imported cars that are 25-years or older. This M3 celebrated its 25th birthday earlier this year and the seller relates it is now scheduled for delivery to the Port of Long Beach on or about July 9, 2021. According to the seller, an opportunity exists following arrival in California for it to be inspected by interested parties before it is relocated to Scottsdale, Arizona. 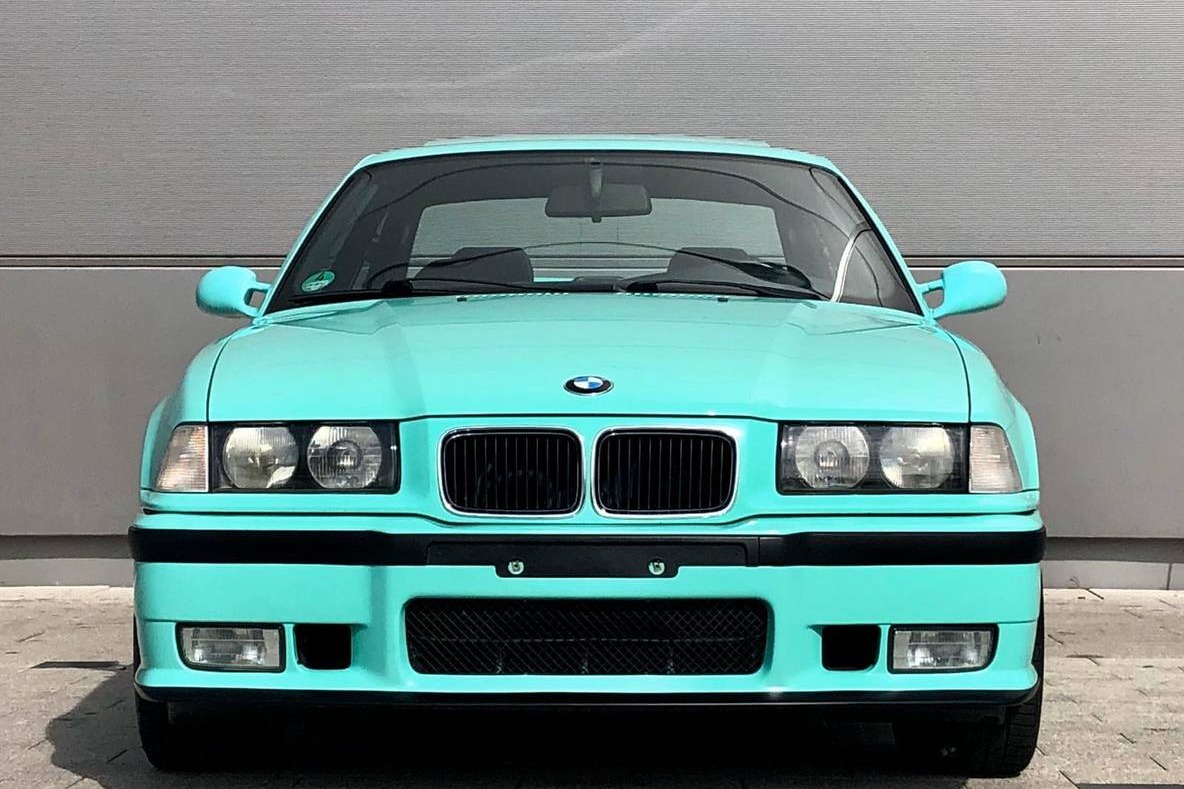 We’ve been getting a lot of flak for featuring this sweet whip as a ‘Fast Find’ last week, with multiple users claiming it to be a fake or a scam. Apparently, the owner posted it on Craigslist in Texas a while back as a teaser and the internet has quietly flamed over it ever since. We can tell you this, we talked with the owner at length last week and we’re 1,000% convinced he and the car are the ‘Real Deal Holyfield’. In fact, we’re so sure, we’ve been taking bets from some of you naysayers out there PM’ing us telling us not to feature it. Check out the photo he sent us of his tasty mint chip on a flatbed pointed sky high ready to launch overseas. Yeah, it’s not in the ad. He affectionately calls it his ‘ICBMW’. We love this guy! According to him, he and his business partner go to Europe every summer to buy some Euro-spec vehicles, roost around the Alps, then ship ‘em back and sell ‘em. What a life! So, what do you think? Is it real or not?! Let us know your thoughts in the comments section below… 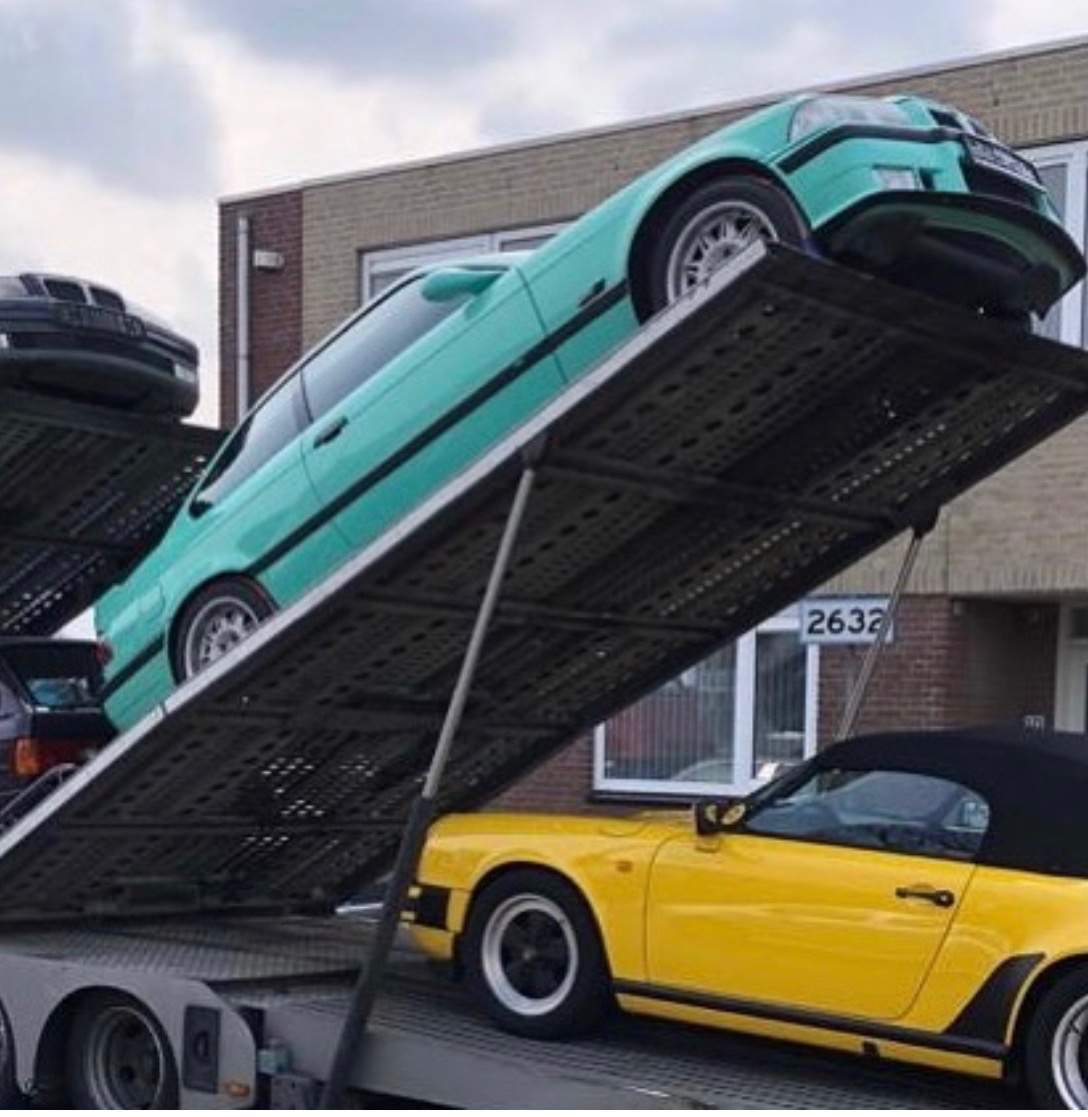 The BMW M3 (E36) film. Everything about the second generation BMW M3.

This ‘Euro’ M3 carries an asking price just a hair over twice of the top valuation from Hagerty. However, this ‘1 of 1’ beauty is in the specification it truly deserves, packing 81 more ponies than North American models offered and a special-order paint color, plus the European-only 6-speed manual transmission. It most likely is a revelation to drive and if its condition is strong upon inspection, most likely worth every penny. Accordingly, we’re calling this one well ‘Worth-the-Premium’. nobrakes7
UPDATE on the mint green e36 M3... It finally arrived state side at the Port of Long Beach on July 30th. It took us the long way to its new home with stops at Beverly Hills Car Club, the awesome West Coast Car Storage facility and Smoking Tires vlog studio and then made a few laps through the Malibu hills on a route personally curated by Matt Farah himself. Had breakfast at Bill’s Kitchen, where the car was thoroughly ogled by the big crowd of wannabes and legits, including zero260's own Devon Crail (he's legit). Cruised Mulholland Drive, then down the coast for a weekend with the one percenters in La Jolla and finally across the desert to Scottsdale, where it currently resides in anticipation of finding a new home during auction week, January 22, 2022. The car exceeded expectations and performed flawlessly. We put fresh rubber on the day we picked it up and scuffed them up properly doing our best to keep pace with the Porsches on the canyon runs. The s50 is silky smooth and more linear in its power delivery than I expected, making great sound through the whole rev range. E36's have a great chassis that earned our confidence in the twisties. Keep an eye out on social media for more updates!
3 hours

pitchwite0
Hi Bluenevil, What's the mileage of this car? It doesn't seem to be listed and that is probably one of the most important details as a buyer. Thanks.
23 days

bluenevil0
robertd, the mint green E36 M3 will be in the Dallas Tx. next week as I am going to Scottsdale Az. to pick it up. If you are in the area feel free to come by and take a look. It will be for sale.
1 month

robertd0
Does anybody know if this bucket list whip ever arrived stateside, and more importantly can it be bought?
5 months

dolesup2
I’m dreaming about minty ice cream for some reason. Don’t know why but this car screams FU, it’s perfect for someone. This will be a car a collector has to have.
6 months

zero26080
Dude @dolesup we couldn't agree more! Wherever he decides to sell it, it's going to break the internet!!
6 months