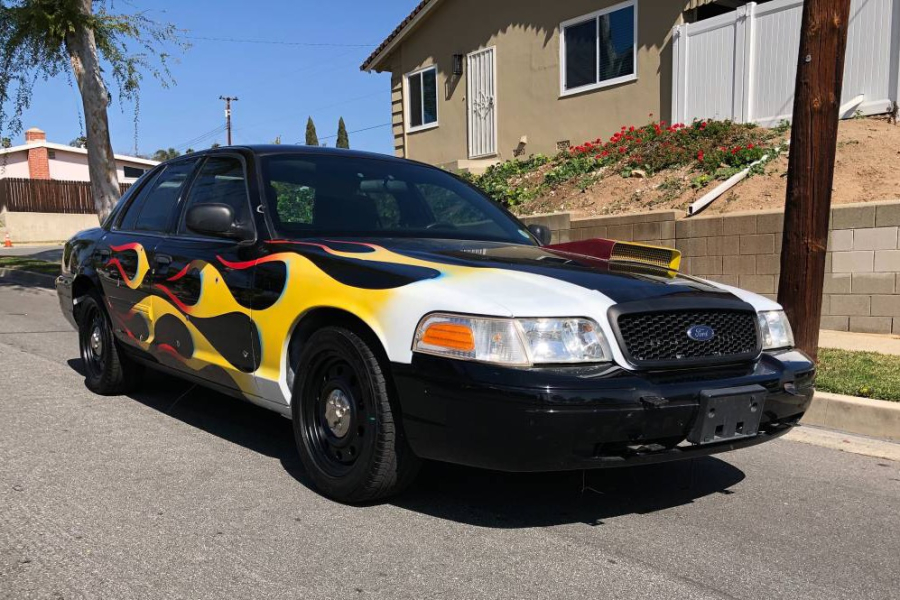 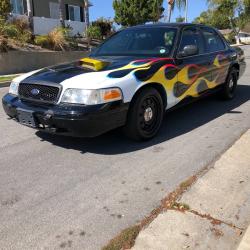 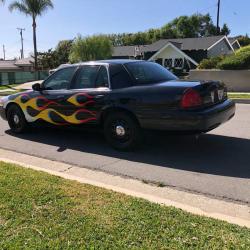 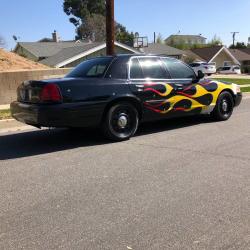 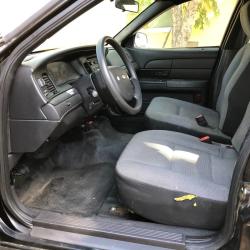 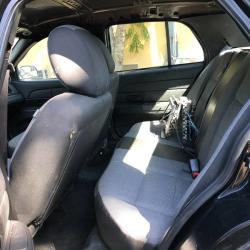 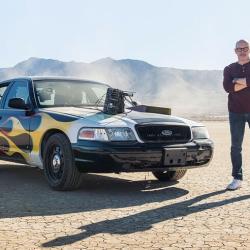 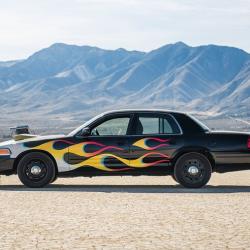 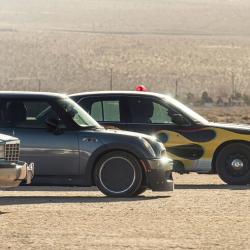 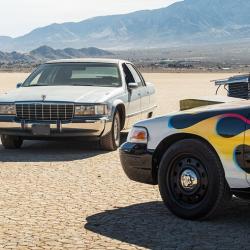 Ford’s Police Interceptor is a proven piece of kit, just as capable chasing down baddies as running through the Krispy Kreme drive thru. With $5k in his hand tasked to build a cheap hot rod, Mr. Rob Corddry opted for this Johnny Law mobile we see here. If you haven’t caught any of the latest Top Gear America reboot, do yourself a favor and get in on the action. The traditional BBC recipe has been condensed down to its most essential bits, and there’s gobs of good-natured fun to be had. This fuzz modified Crown Vic cruiser has only traveled 53k miles in the past decade, an average of just 5,300 a year. As a commercial vehicle, at least we know it received fleet maintenance, so refreshing it should be a straightforward affair. These big, body on frame constructed sedans are bulletproof, oh wait...extremely durable is more like it. The police issued modified intake plenum provides an extra 11hp and 16 lb-ft torque bump over a regular Crown Vic – gee thanks. I guess that’s why the California Highway Patrol was rocking 5.0 Mustangs for hot pursuits! 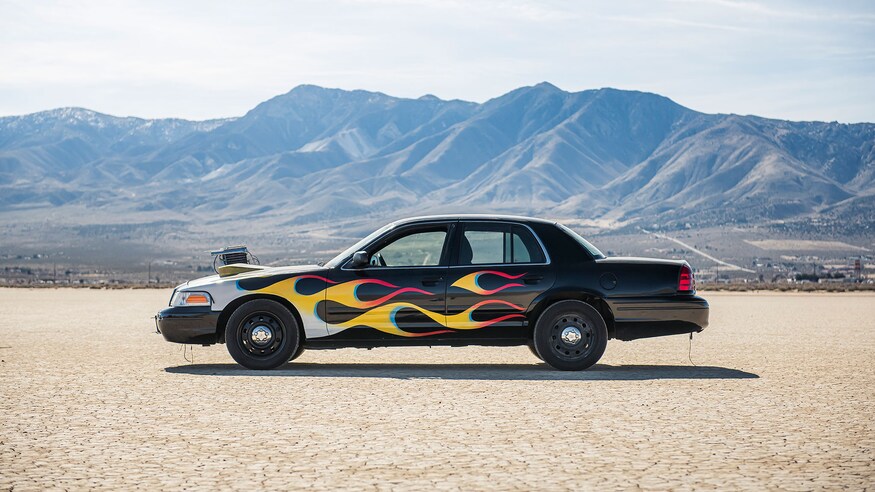 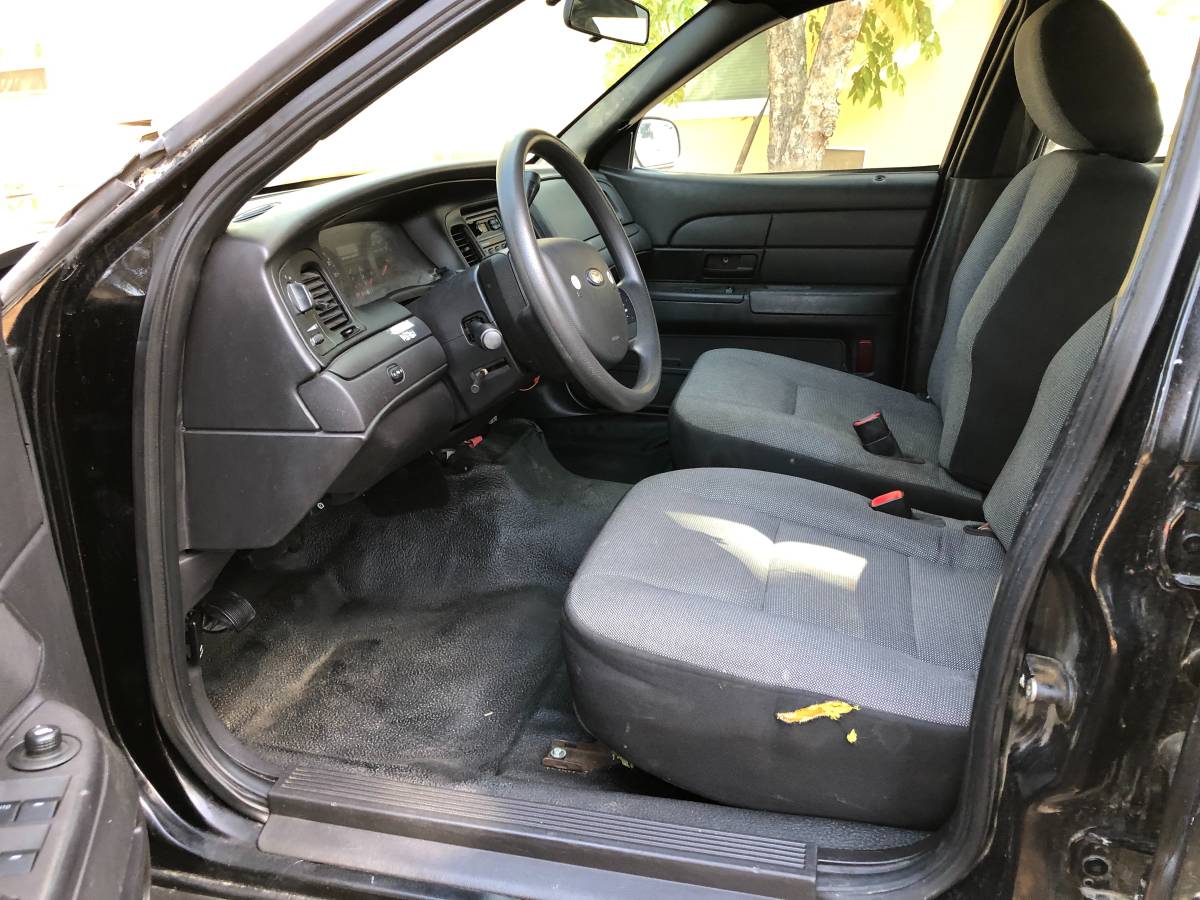 Speaking of high-speed runs, this babys now got some racing provenance – Top Gear America drag winner! Corddry’s decision to strike fear in his opponents apparently worked, nobody must have wanted to be caught out in front of that DIY Tommy gun on the hood. We’re truly glad that little machine gun is still with the car; it may be the only way to prove to your friends that it truly is the “FAMOUS POLICE INTERCEPTOR” and not merely a tribute rig! The seller’s lackadaisical approach to ad writing shows how much skin they got in the game here, it's probably the show’s intern tasked with recouping some bucks for the next round of beauties. The fact that they mention that it “runs great” twice in the span of two sentences is hilarious. It’s not like we don’t know that already, this thing eats Broughams and Cooper S longtails for breakfast! If the next owner wants to restore this beast, there’s probably ten interior shops within a ten-mile radius that could help out with that. Stop by the Jiffy Lube for an LOF and you’ll be ready to hunt for pink slips, or pink glazed donuts, your choice.

This thing is worth $4k all day long, gimme a break. If someone was already shopping for one of these, its instant Instagram notoriety might just push them over the edge. Kelly Blue Book provides a private party value for a standard Crown Victoria in “fair” condition with a range of $3,282 – 5,371 with a fair purchase price of $4,327. See, we told ya. Free flames. Whether they’re easily removable or not may bump the value up or down, depending on the buyer. Regardless, we think whoever becomes the torchbearer of this bad boy should drive it like they stole it!