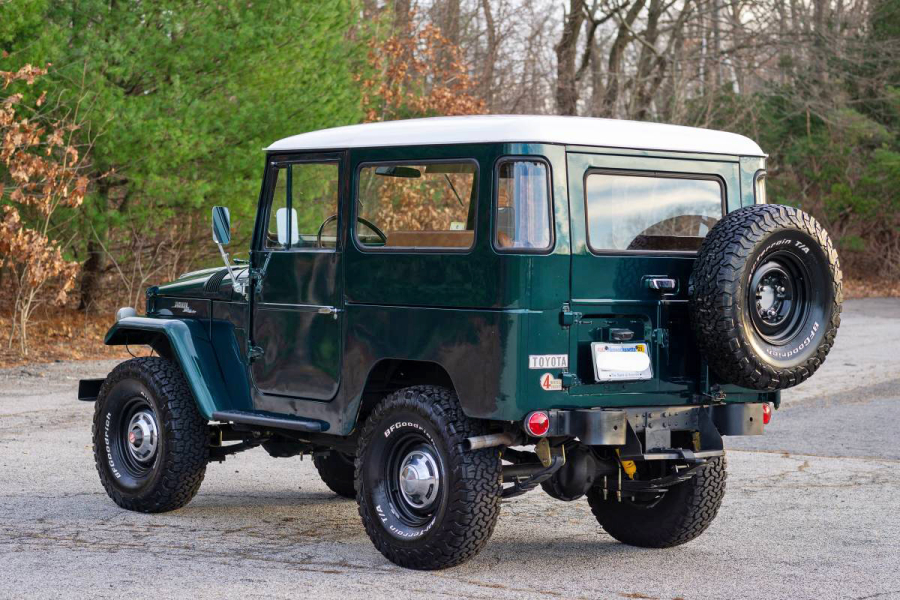 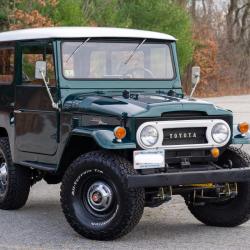 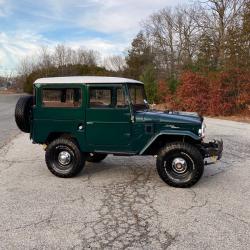 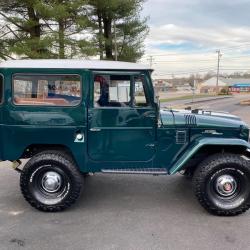 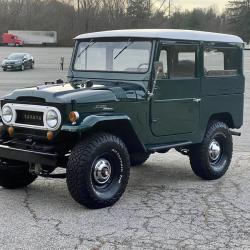 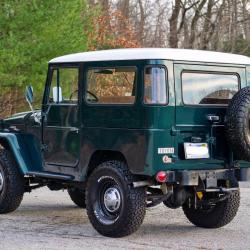 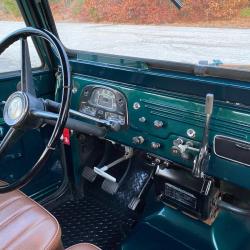 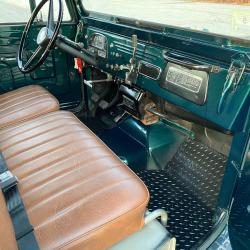 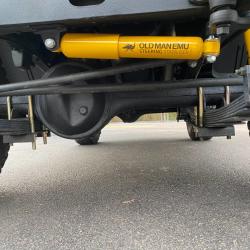 Classy and compact, FJ40 Land Cruisers are a unique breed of utilitarian off roader. While roughly the similar size and shape to its contemporary Jeep CJ-5 competitor, they always felt more exotic than their domestic counterpart, evoking images of the African plains much like the Land Rovers they drew upon for inspiration. FJ40s were offered in various body styles, but the 2-door hardtop short wheelbase version shown here is probably the most iconic of all. Over the course of production they were offered in four different shades of green, but this one is likely not one of them, being slightly glossier and more blue. Originality aside though, the color combination with the saddle brown seats is very easy on the eyes, and the rest of the rig looks largely unmucked with, retaining its original charm but riding high on top-notch Old Man Emu shock absorbers and beefy BF-G’s. It looks sorted, turn-key and ready for some action! 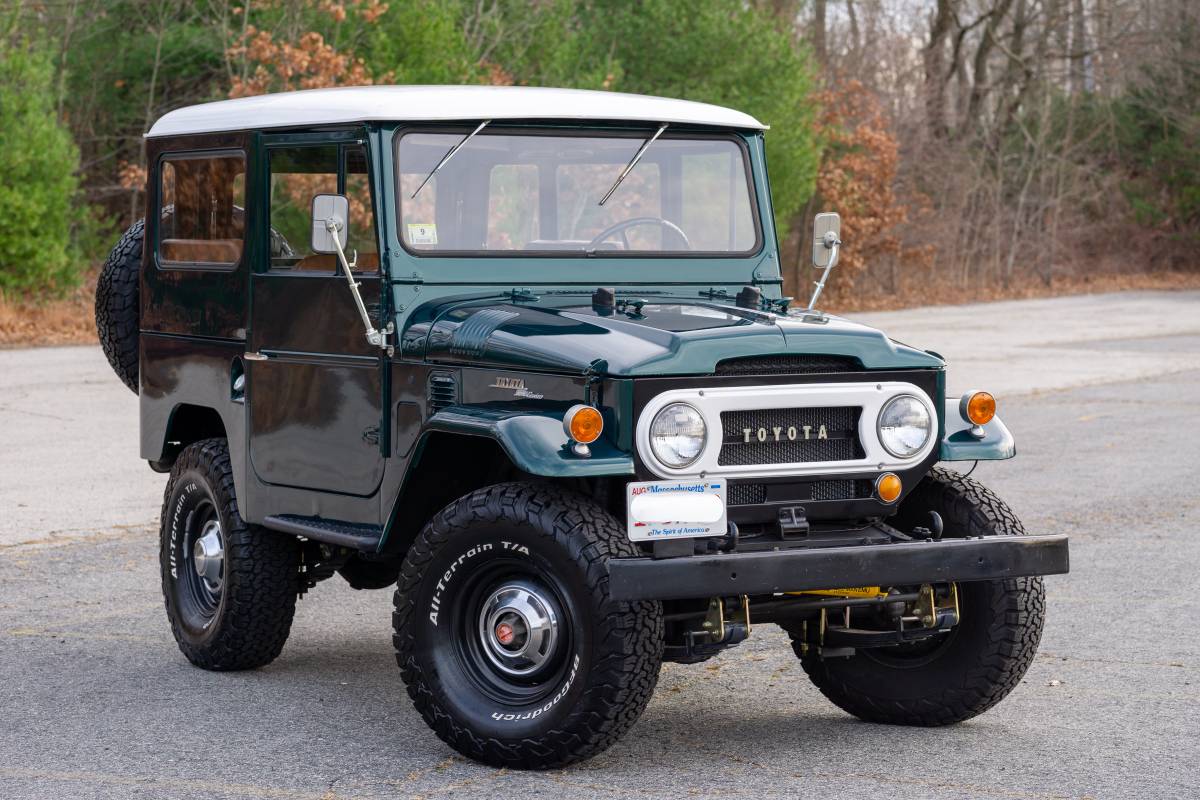 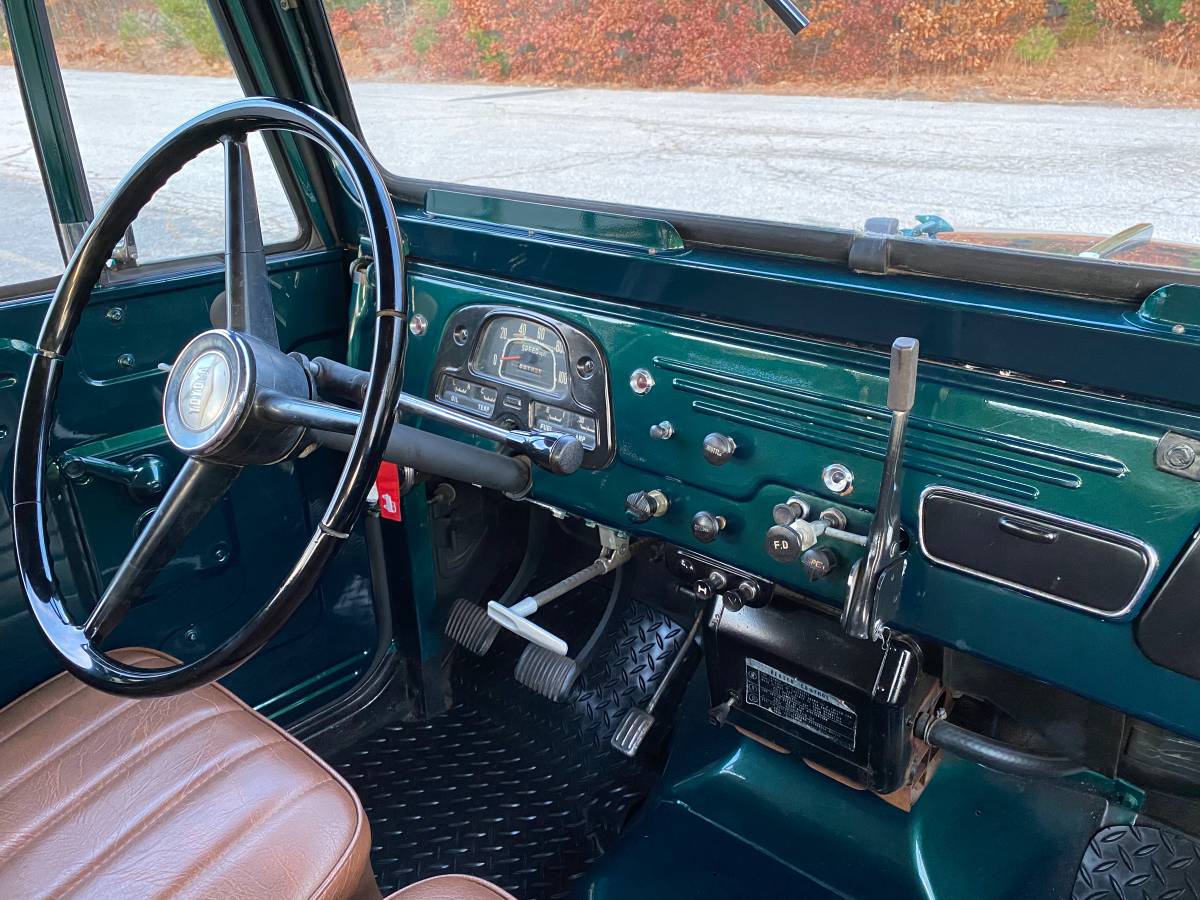 Over the years many of these trucks had Chevy small block V8 drivetrain conversions, so the fact that this example retains its original powerplant is a welcome thing. With manual unassisted steering and the added novelty of shifting “three on the tree” the overall vintage experience isn’t just in looks. In addition, the vacuum assisted 4x4 transfer case found on earlier model FJ40s is still retained here, another cool period quirk compared to the standard direct shift system. Support is still solid on these, with a plethora of OEM and aftermarket parts and accessories readily available from multiple enthusiastic vendors. Because these trucks are so primitive compared to modern vehicles, they offer a radical respite from modern luxuries, a jolt to your senses. It may seem a little masochistic, but sometimes the simple challenges are the most rewarding.

As far as pricing goes, FJ40s are sitting lower than their peak values from 2015, but have seemed to level off after a significant dip a year ago. Hagerty provides a “good” #3 valuation at $30,600, and this car fits their price guide descriptors quite well, if not leaning a little closer to #2-. The added suspension and tire modifications should be value adding items for a driver level truck like this one, and they help just the seller’s asking price in our view. Since the bubble has already burst on these, you can probably rest assured that it isn’t too much of a gamble to buy in now, and we think this one is firmly in fair market territory. Arrive, drive and enjoy! 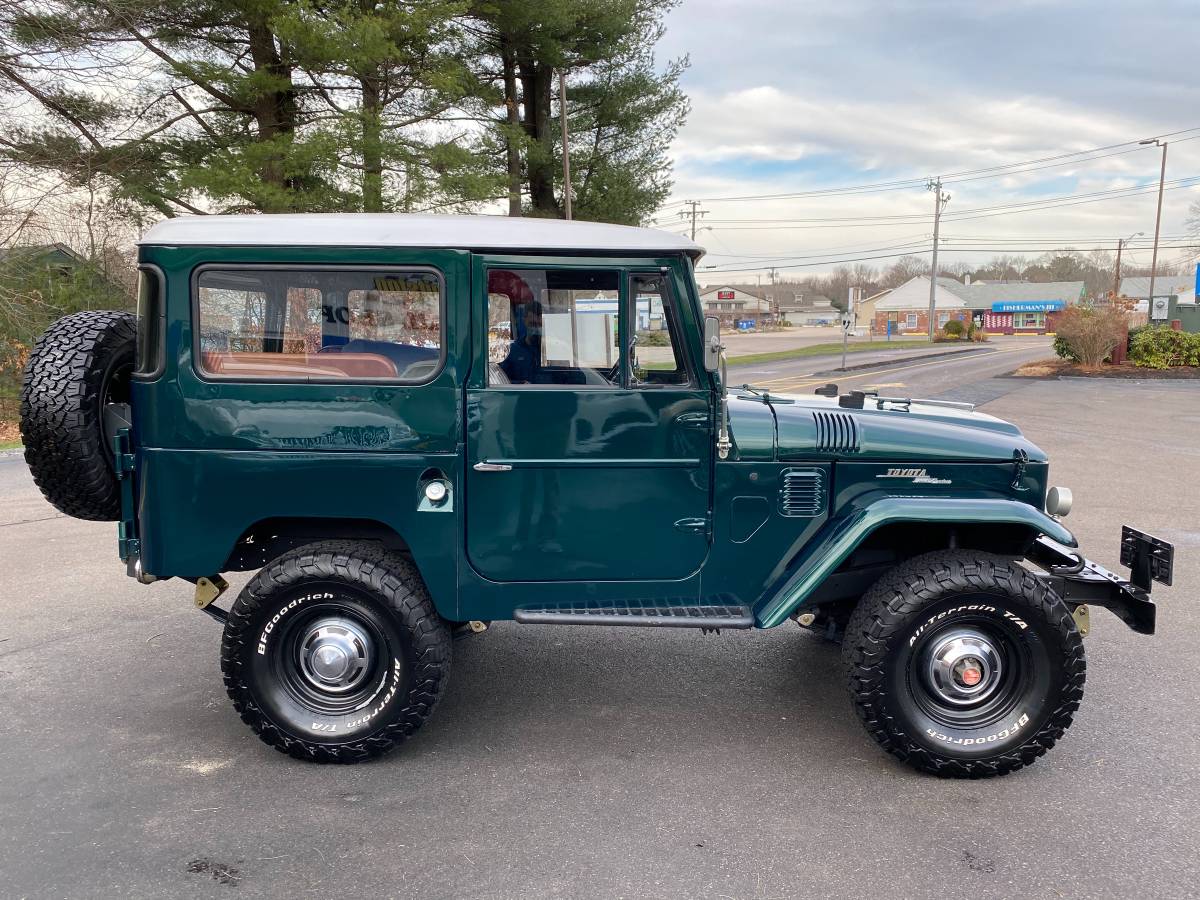