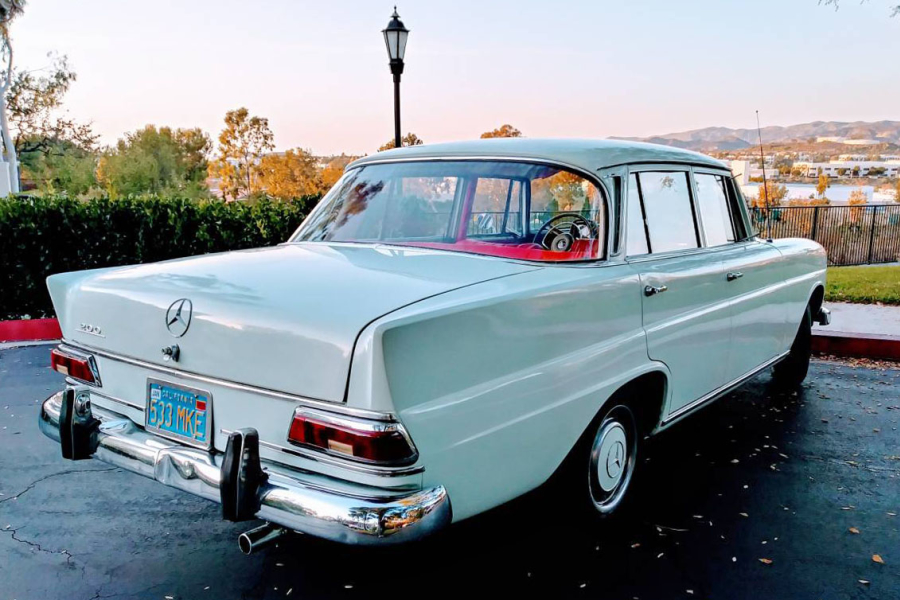 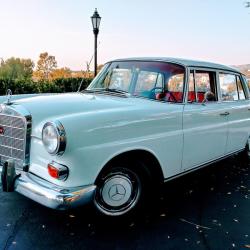 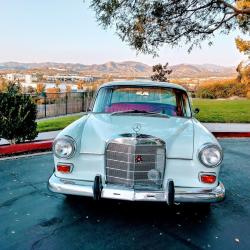 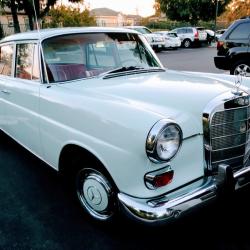 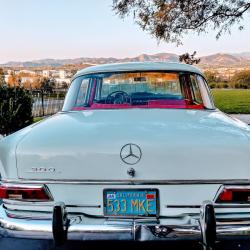 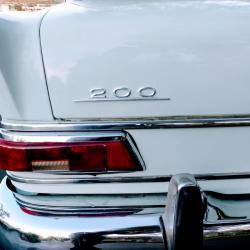 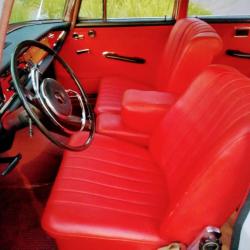 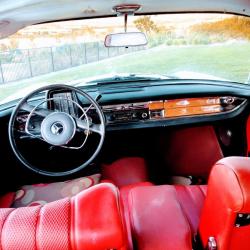 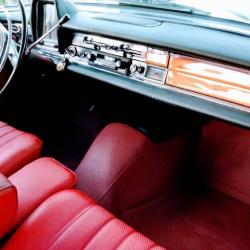 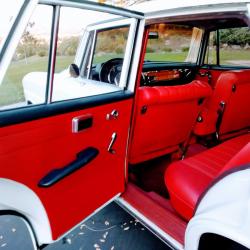 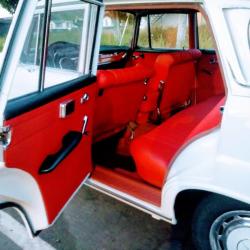 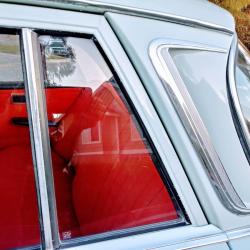 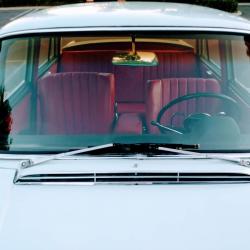 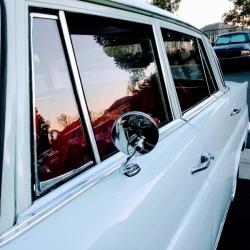 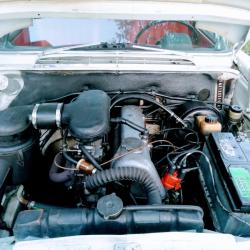 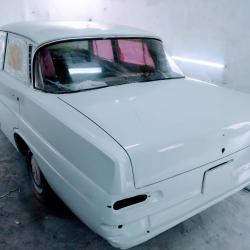 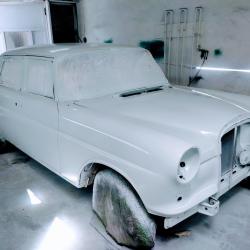 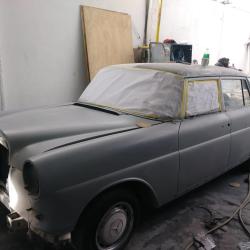 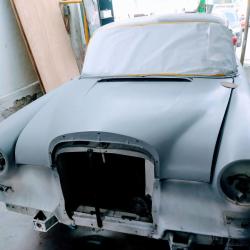 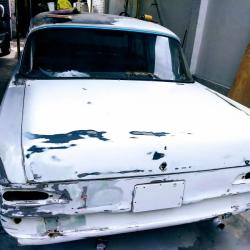 Introduced in 1961, the “fantail” (heckflosse in German) Mercedes 200 is a mid-size four-cylinder sedan. A successor to the W120 and W121 “Ponton” cars of the 1950s, the 200 comprised the bread-and-butter segment of the line. Initially built in 1.9L form, they were designated W110 and were available with gasoline or diesel power. A July 1965 update brought a larger, 1,988 cc version of the single overhead cam four-cylinder engine, also available as a diesel, and nomenclature was revised accordingly from “190” to “200.” The gas engine, such as the one in this car, developed 105 bhp with twin Solex carburetors. A four-speed manual transmission was standard, with automatic available as an option. Subtle trim changes accompanied the larger engine, and there were also interior upgrades, like adjustable front backrests. The best sellers of the W110 range were the 190 and 200 diesels, with about 60% of production. 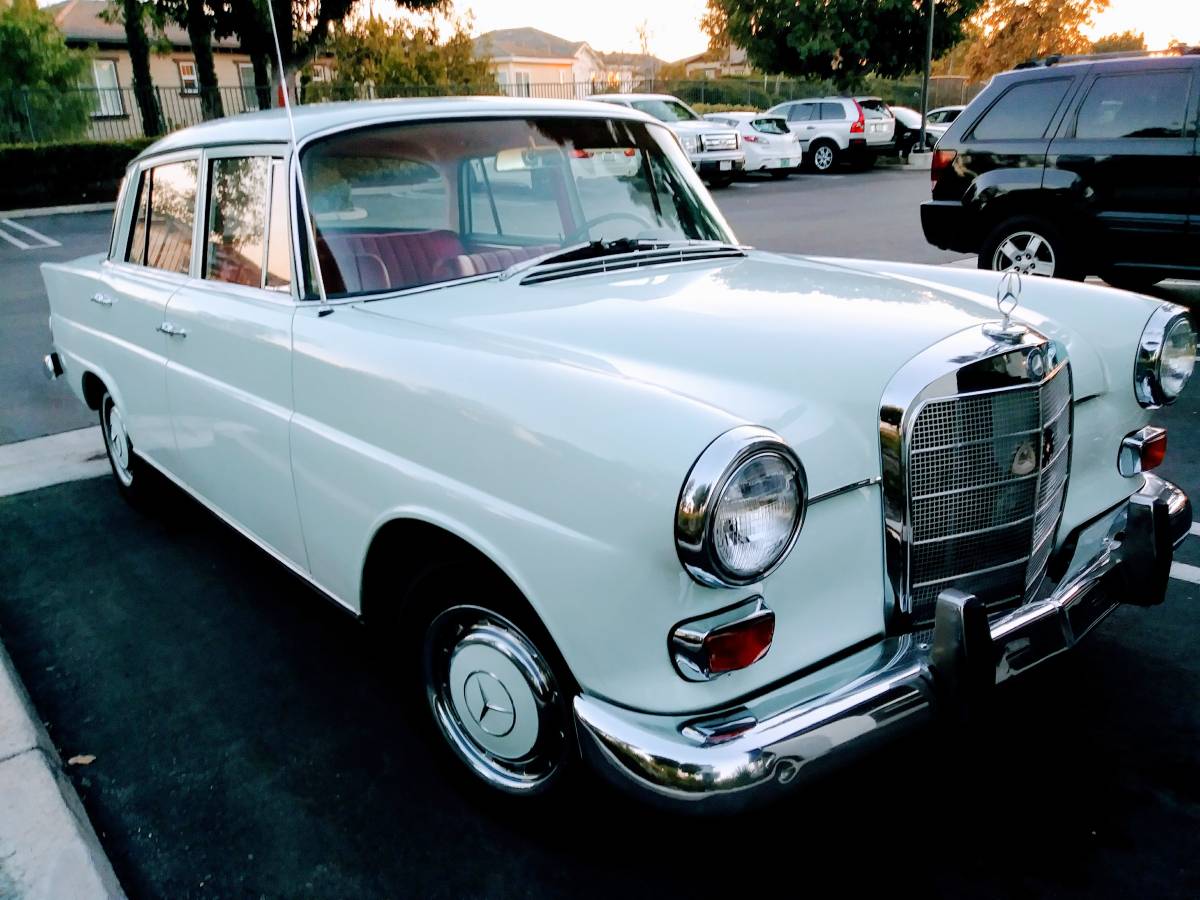 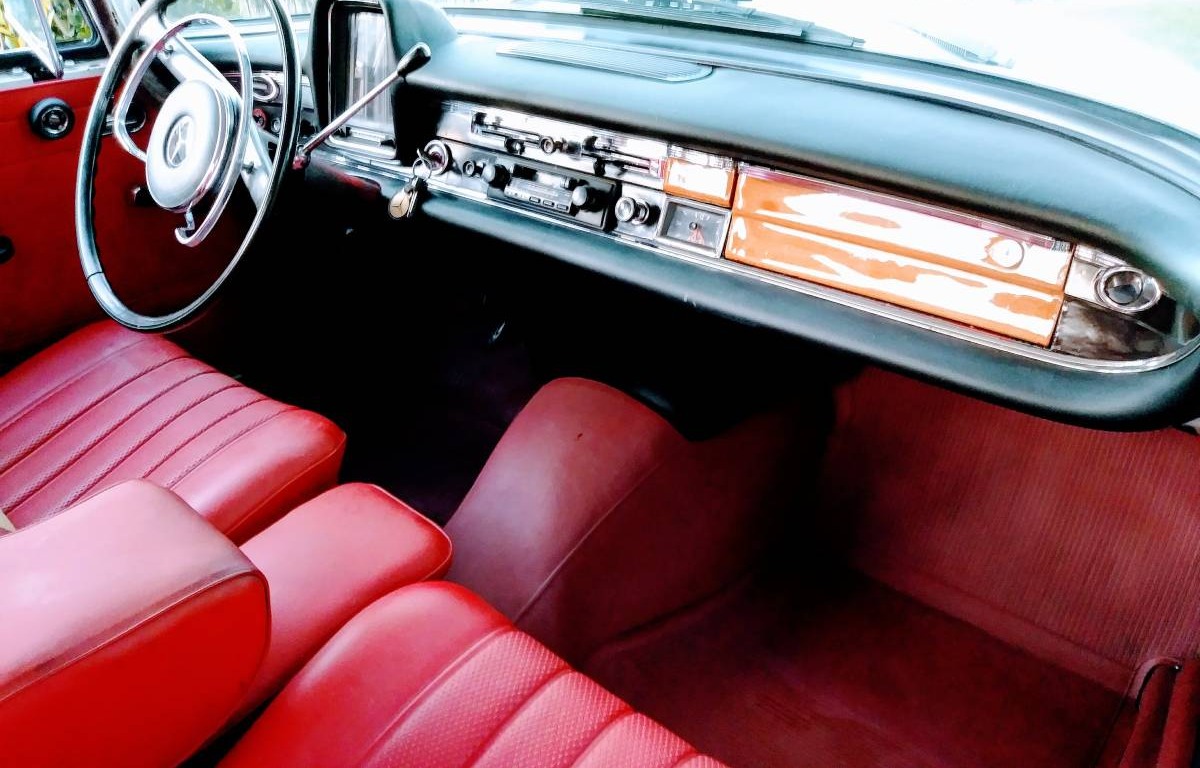 According to this car’s current and third owner, this Mercedes-Benz runs and drives very well and does not burn or leak oil. The red interior appears to be in great condition, including the beautifully designed dash. The car was completely painted recently in its original color, and there are photos documenting the work performed. The chrome looks good, but we don’t know if we’ve ever seen a fantail without a few dents in the rear bumper, and this one is no exception. The bottom line is this is a great-looking car. 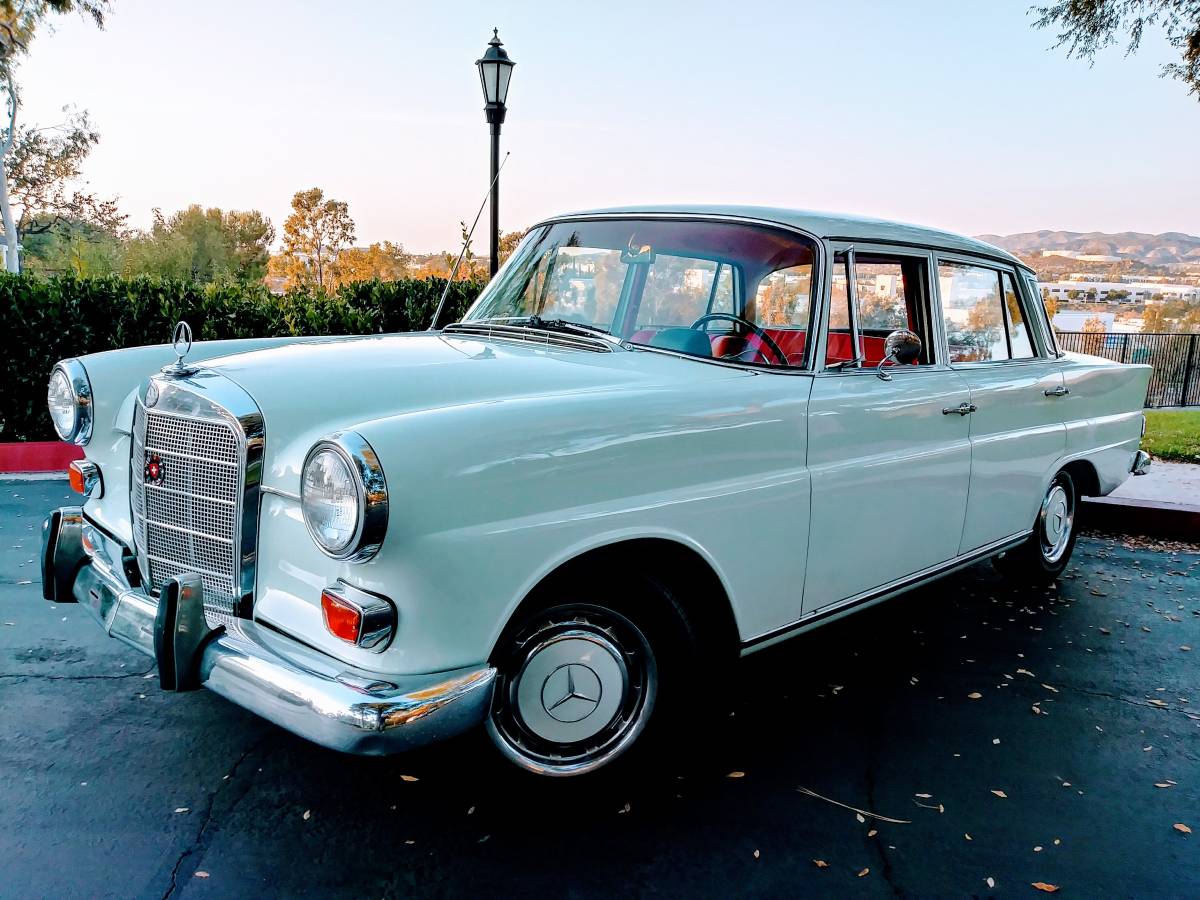 This is a very clean old Mercedes in excellent condition. There are not a lot of cars from the mid-‘60s, especially with all the character and charm that this car possesses, for less than ten grand. Prices on the internet range from $8k to $14k, and based on present asking prices and condition, this one will be very well bought for its next lucky owner.