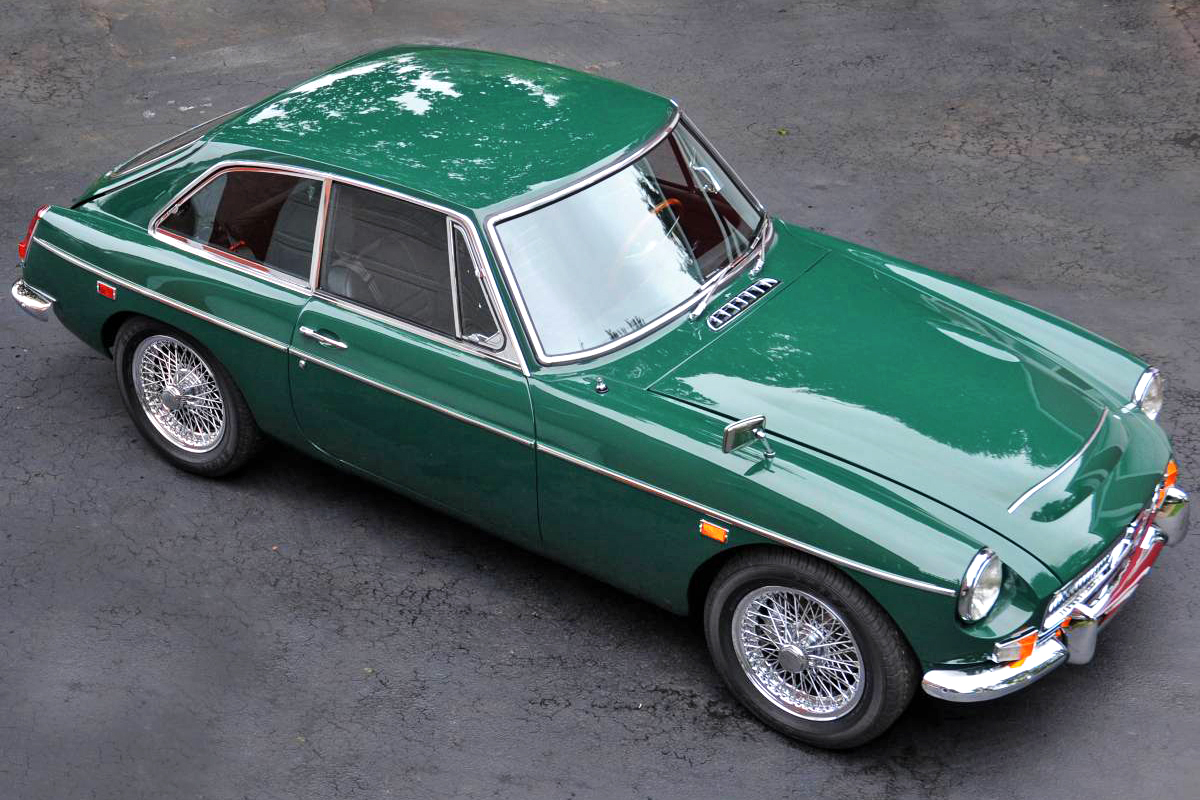 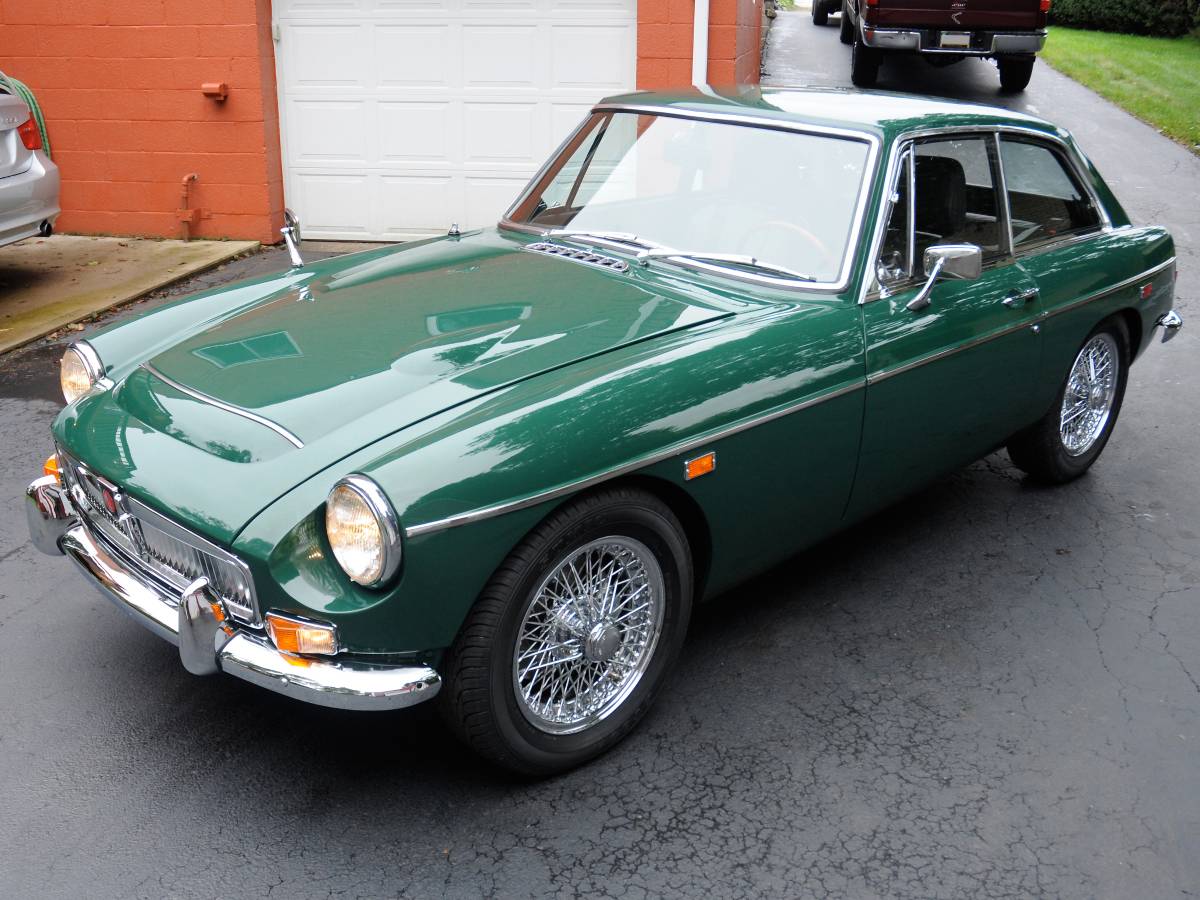 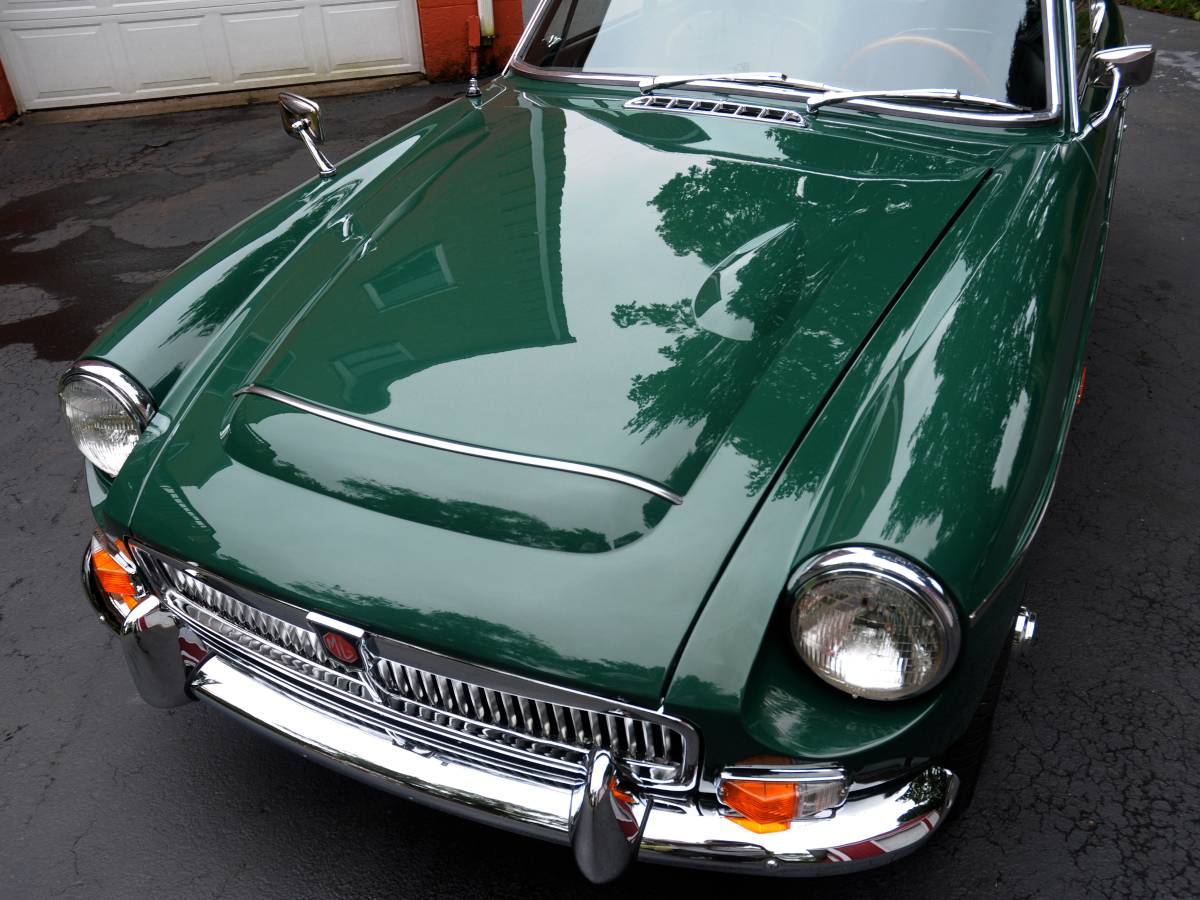 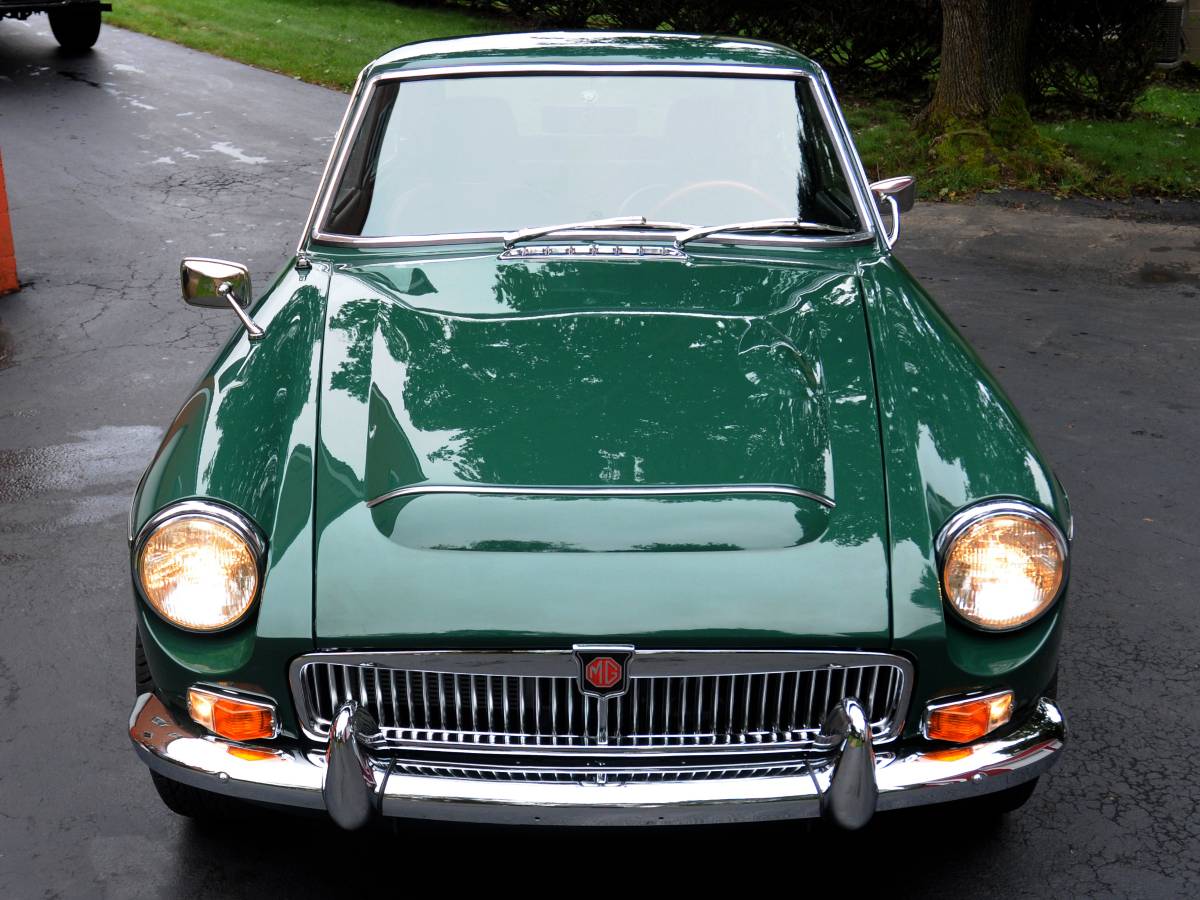 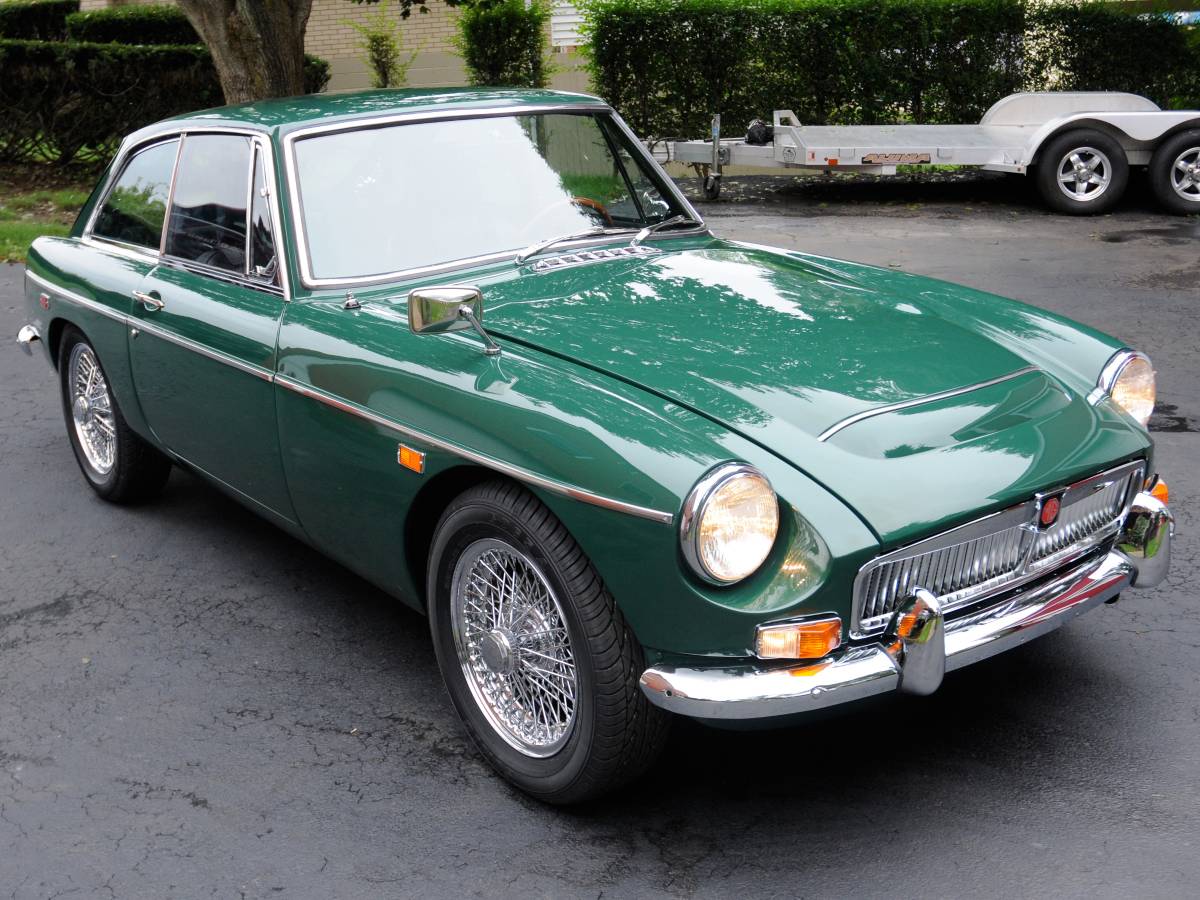 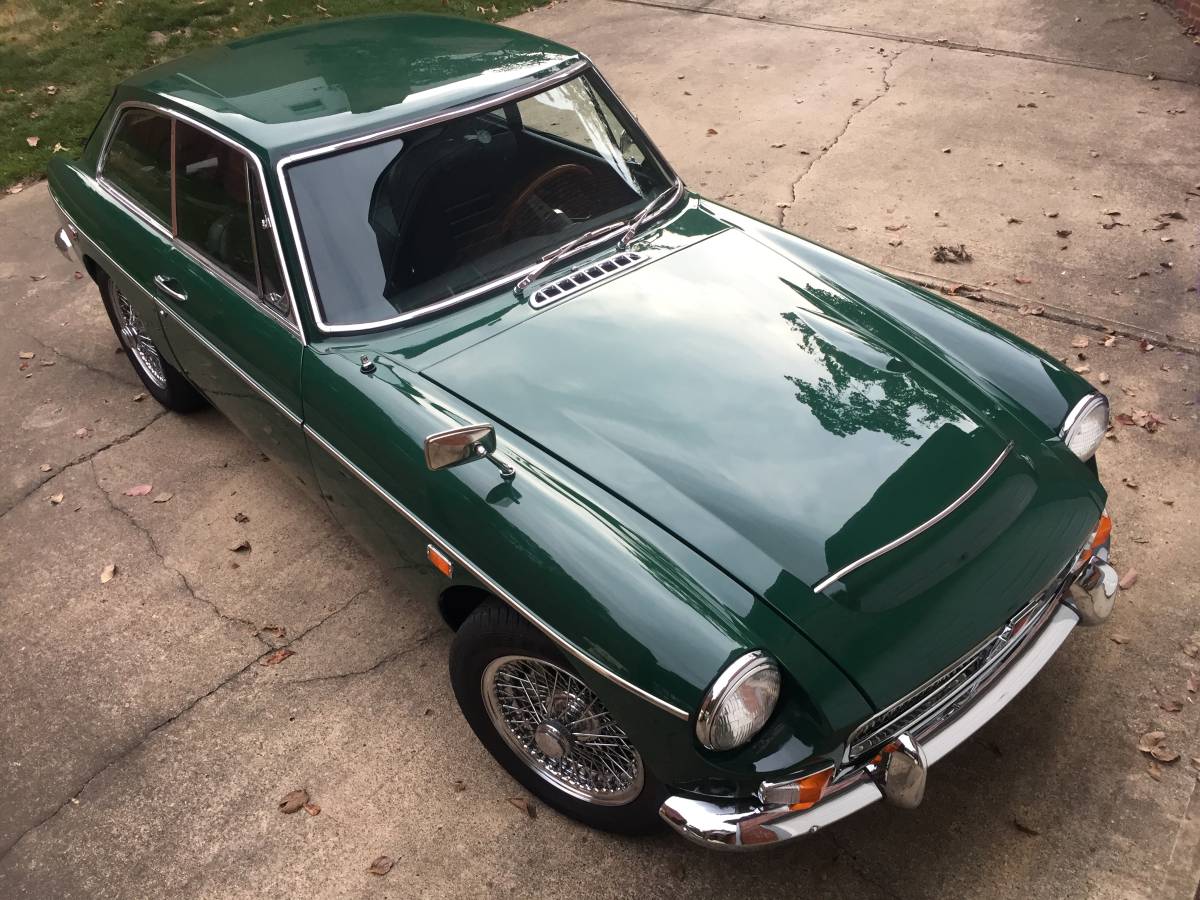 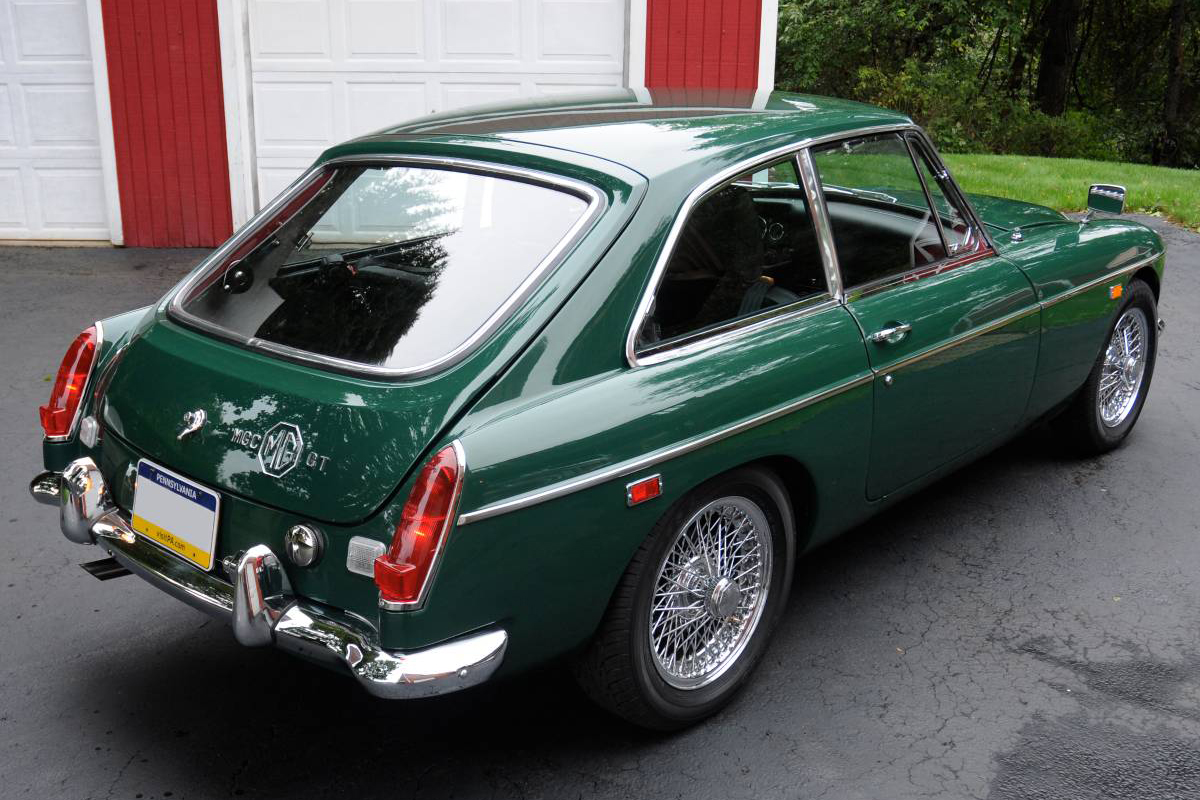 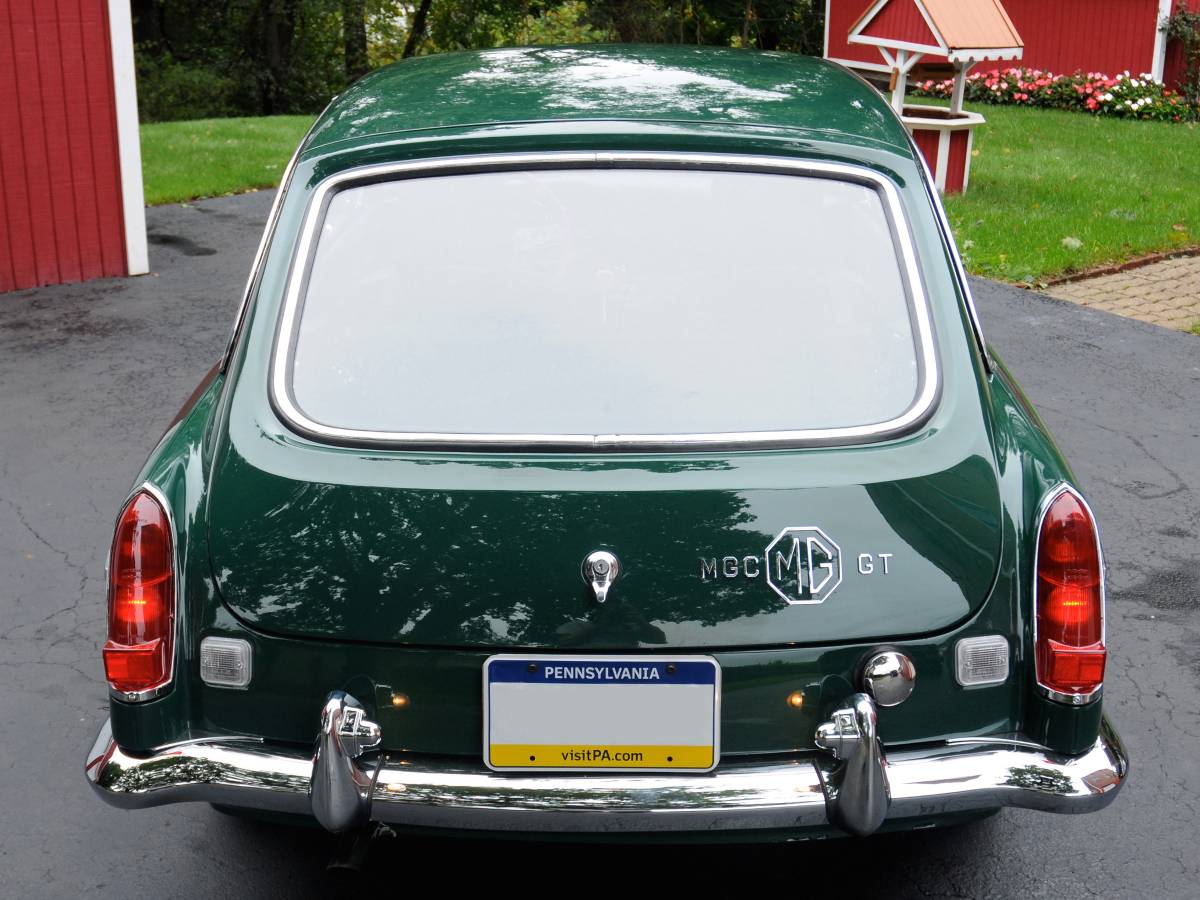 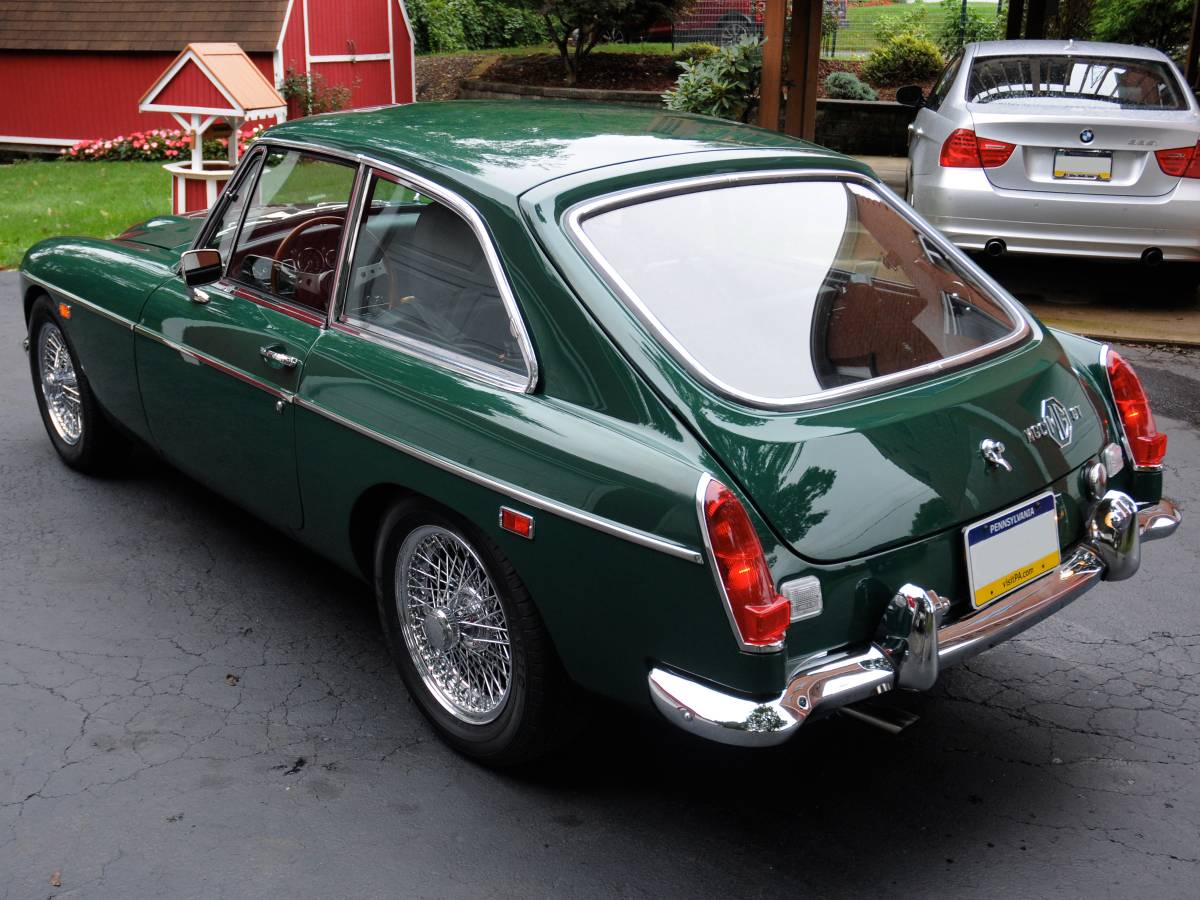 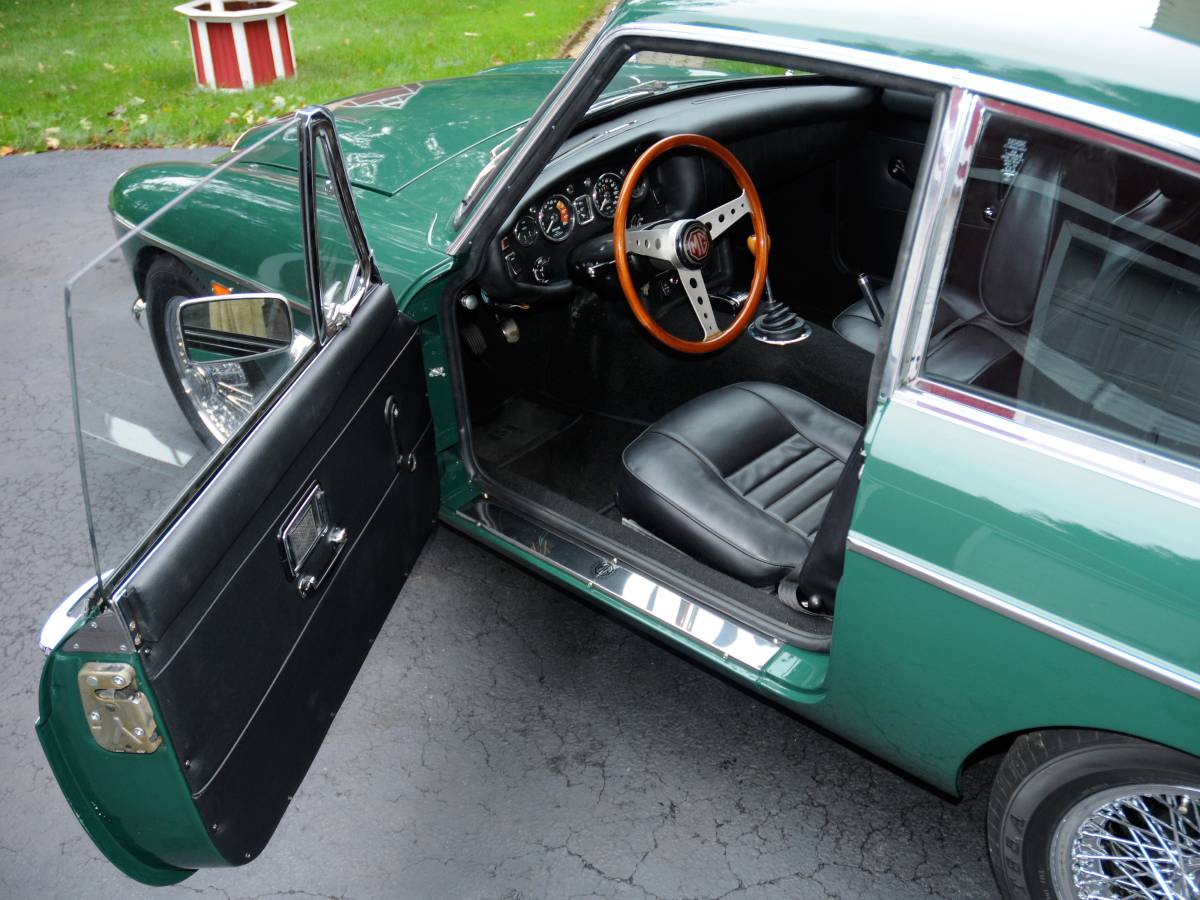 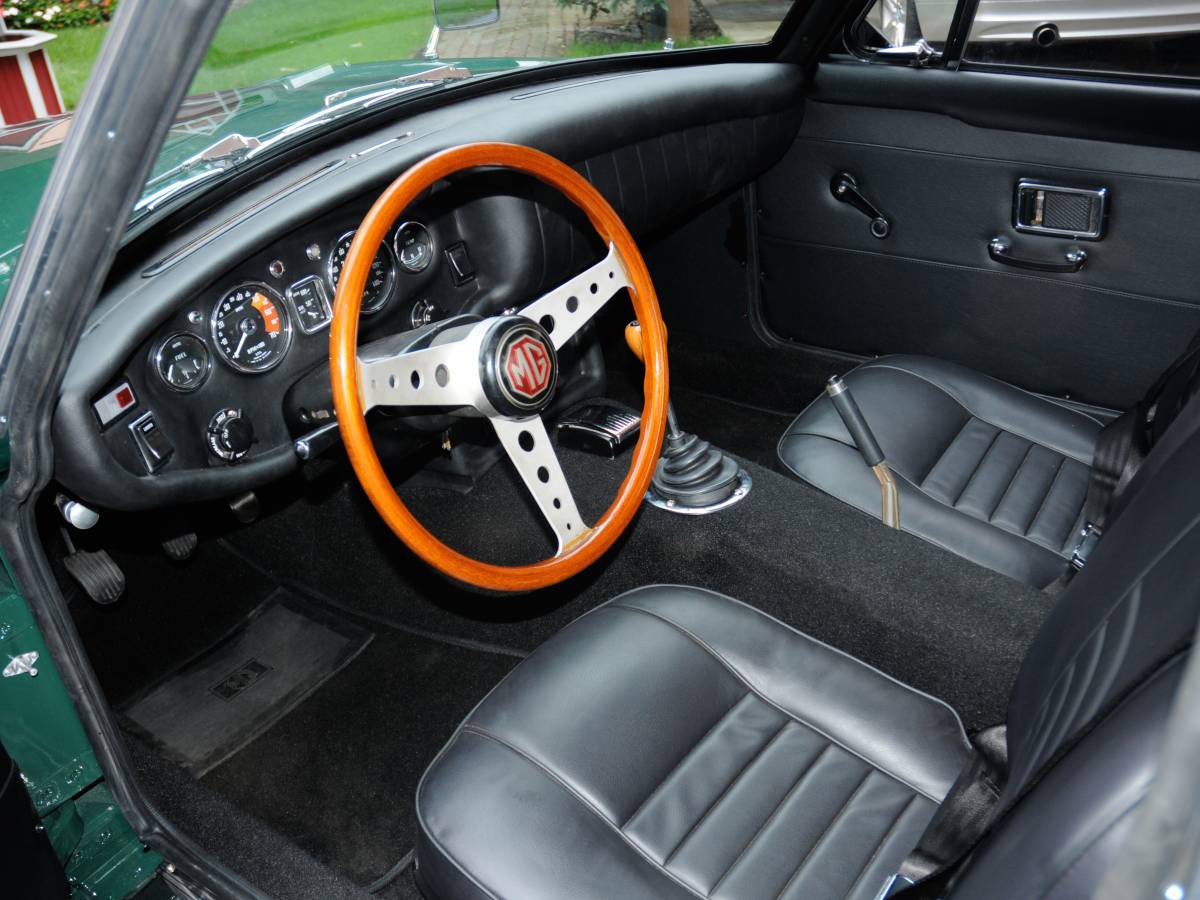 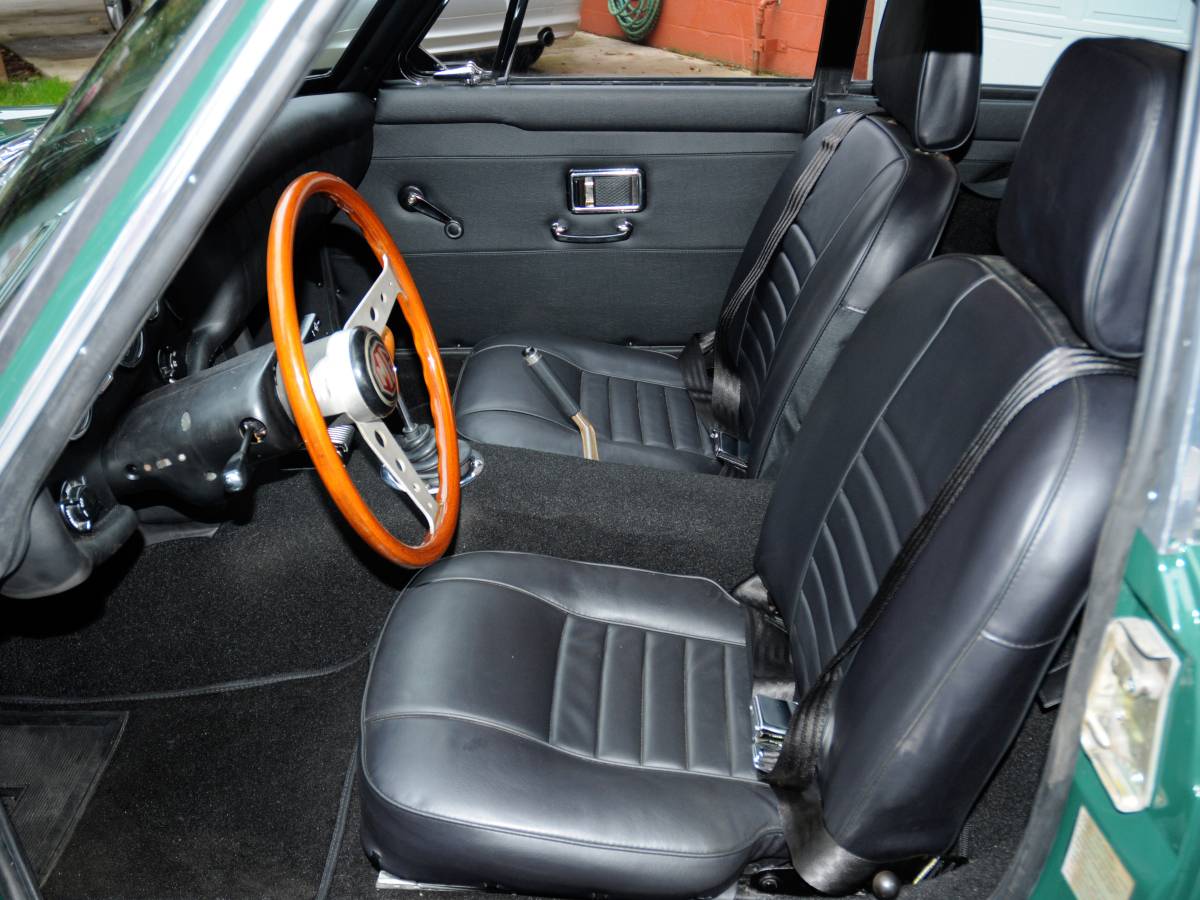 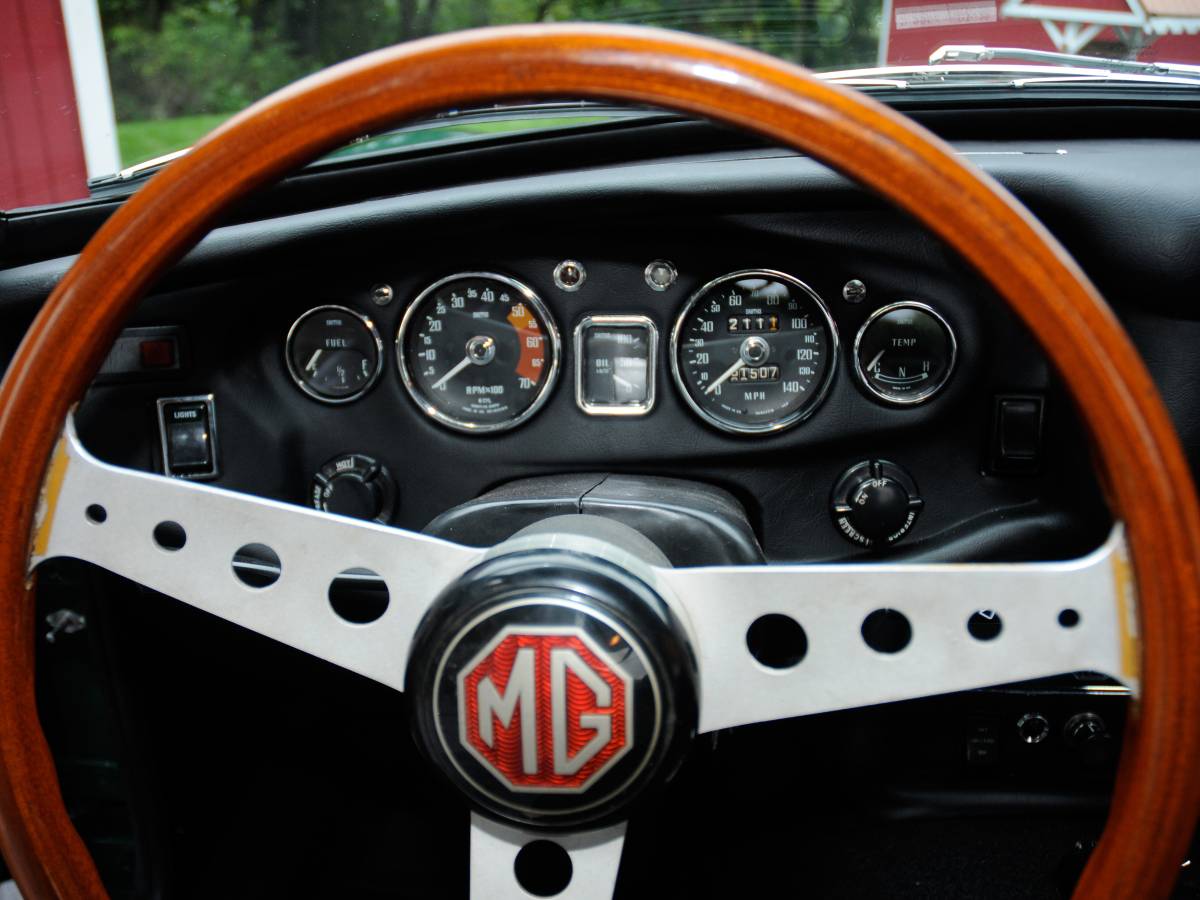 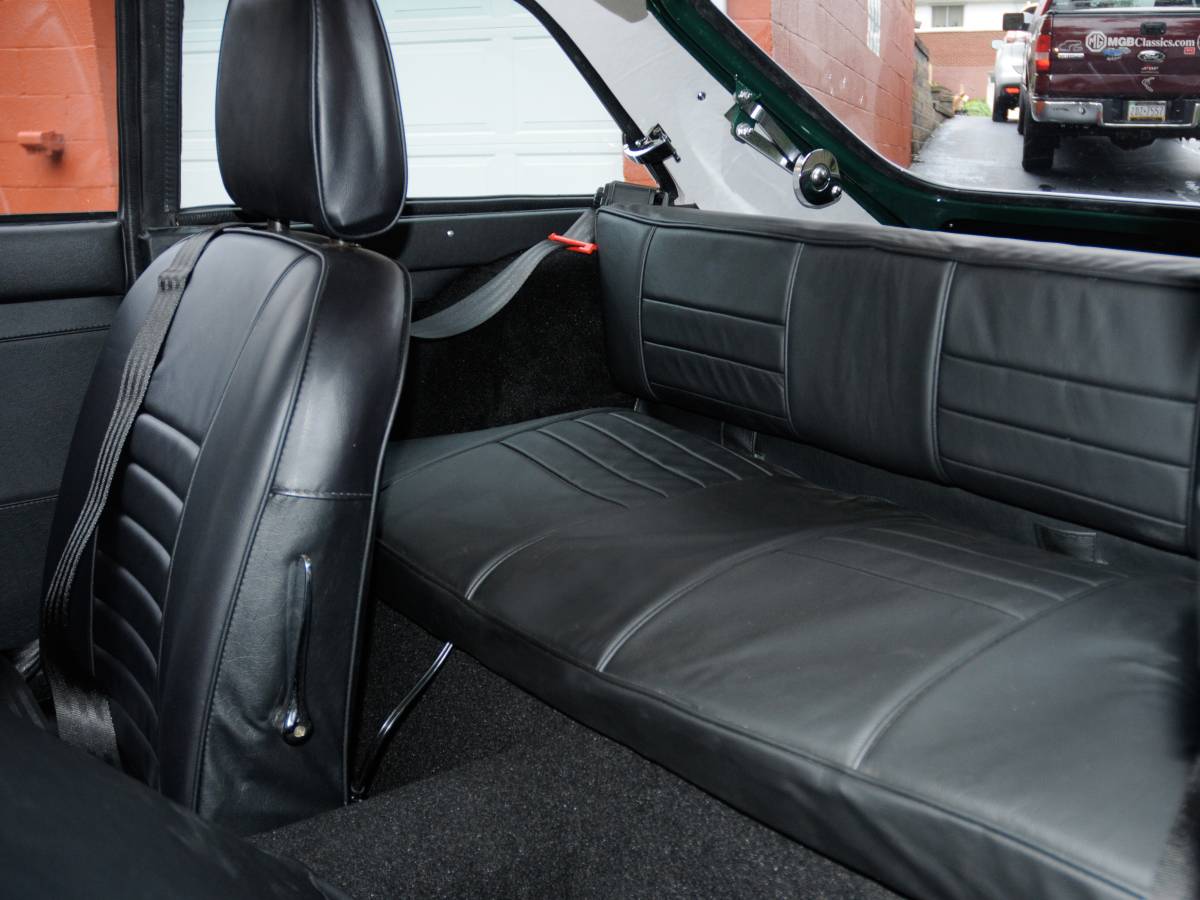 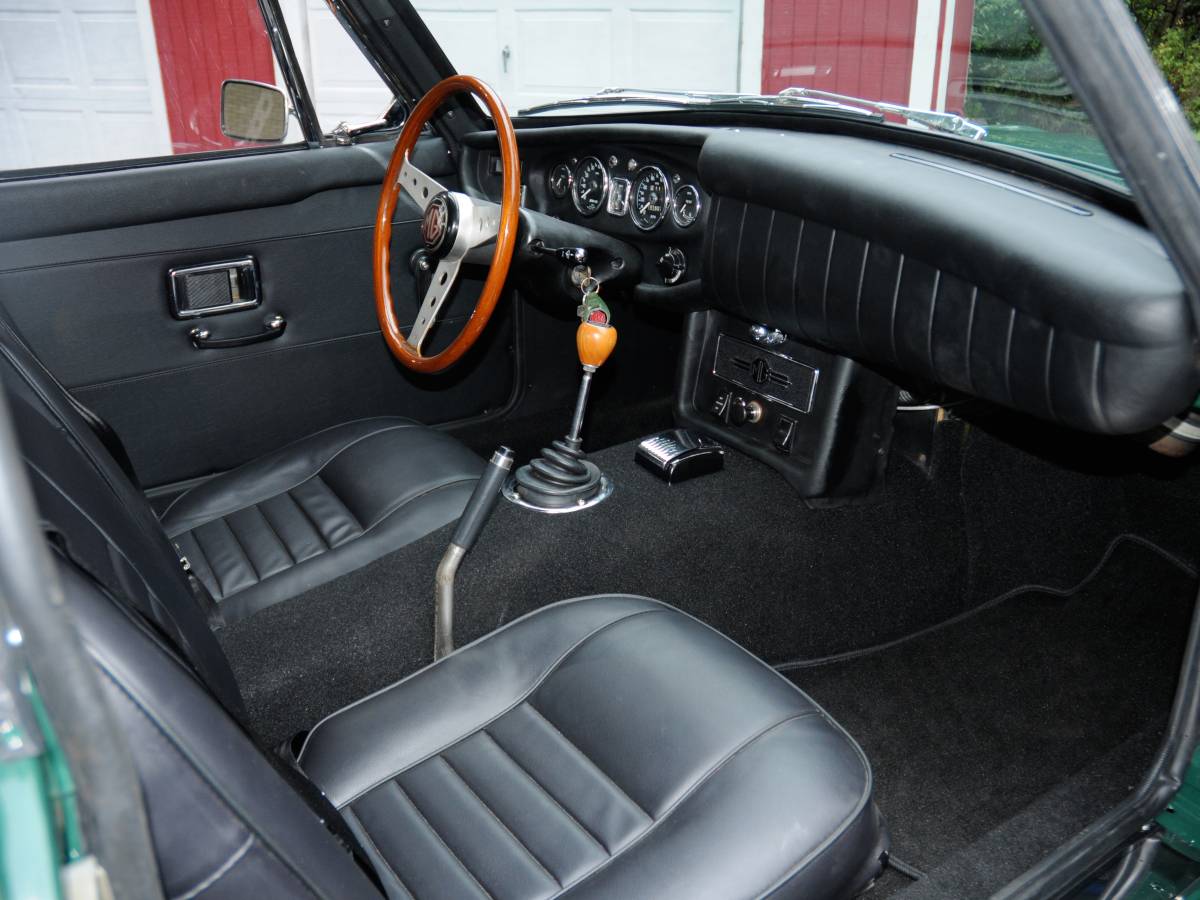 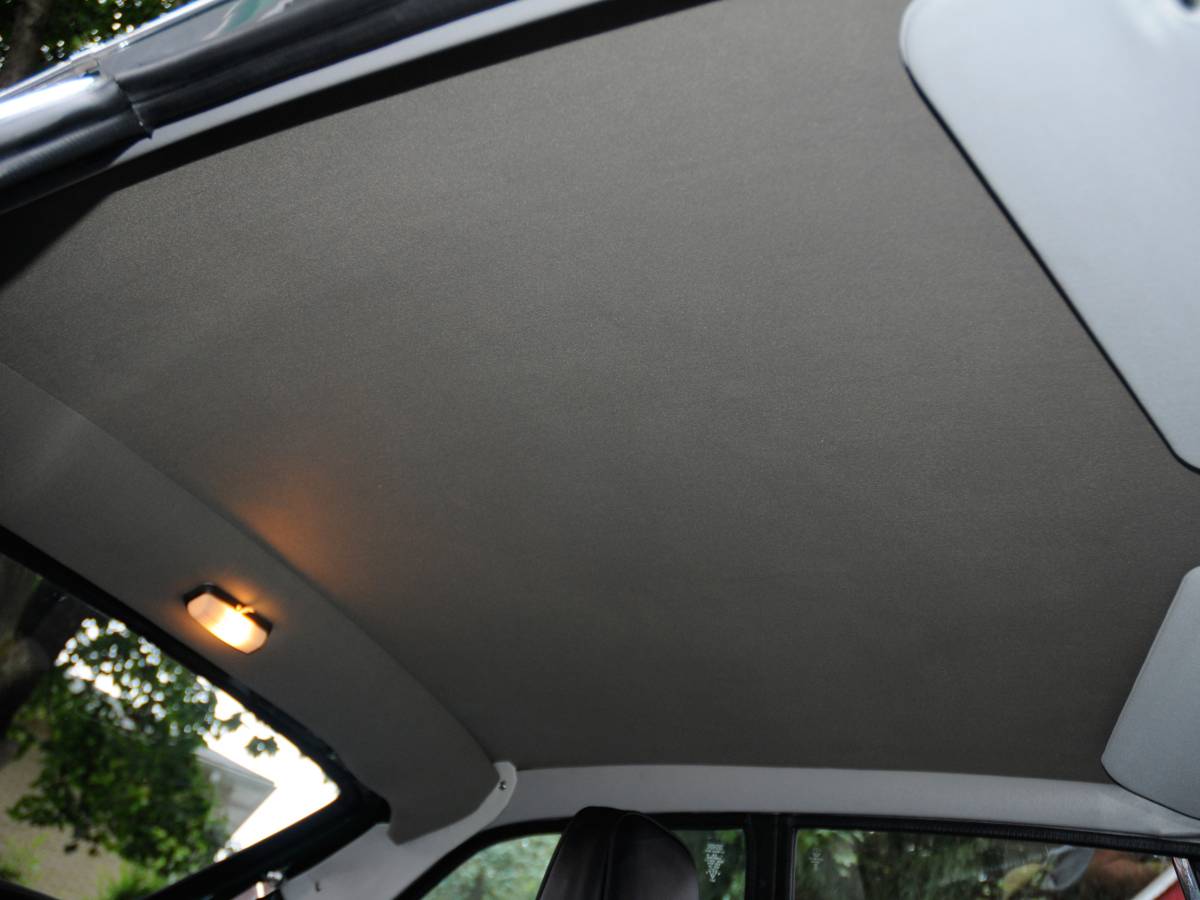 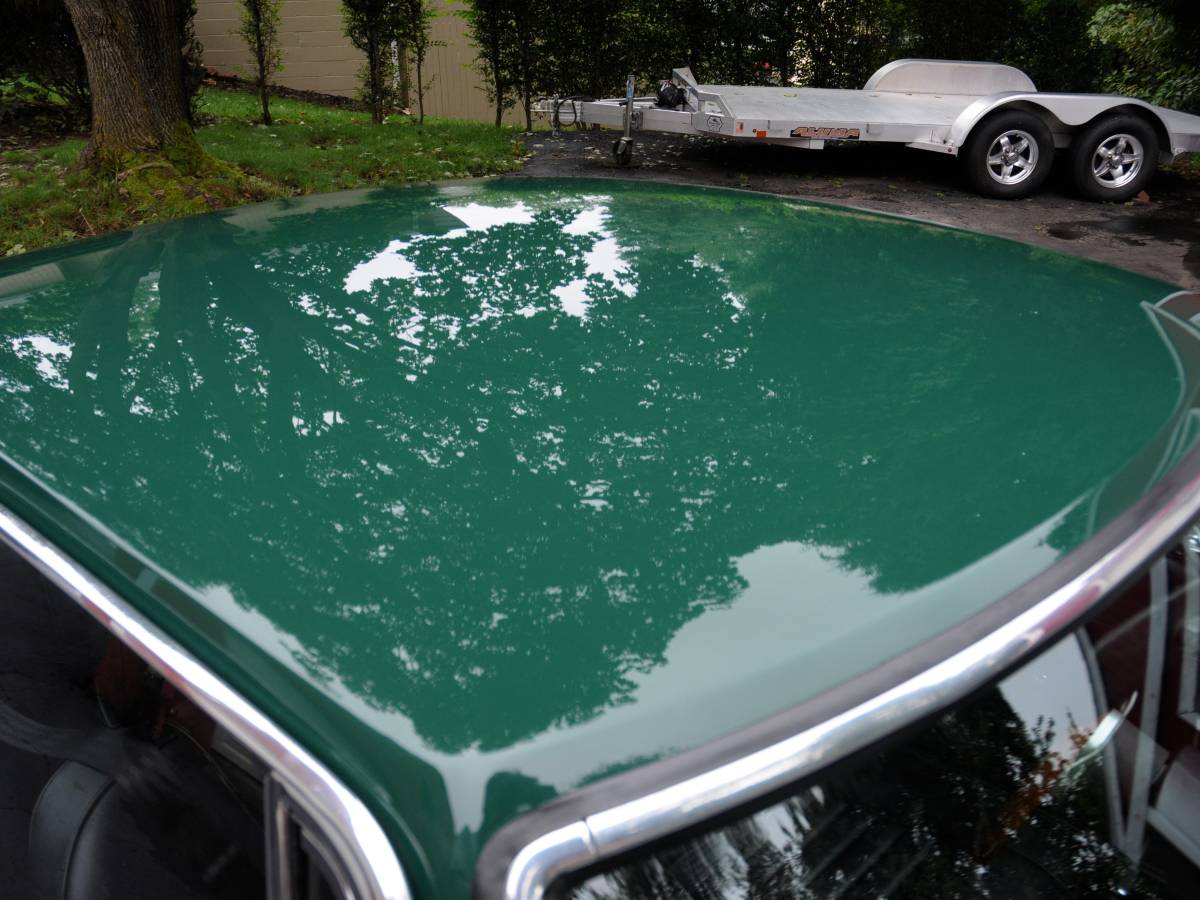 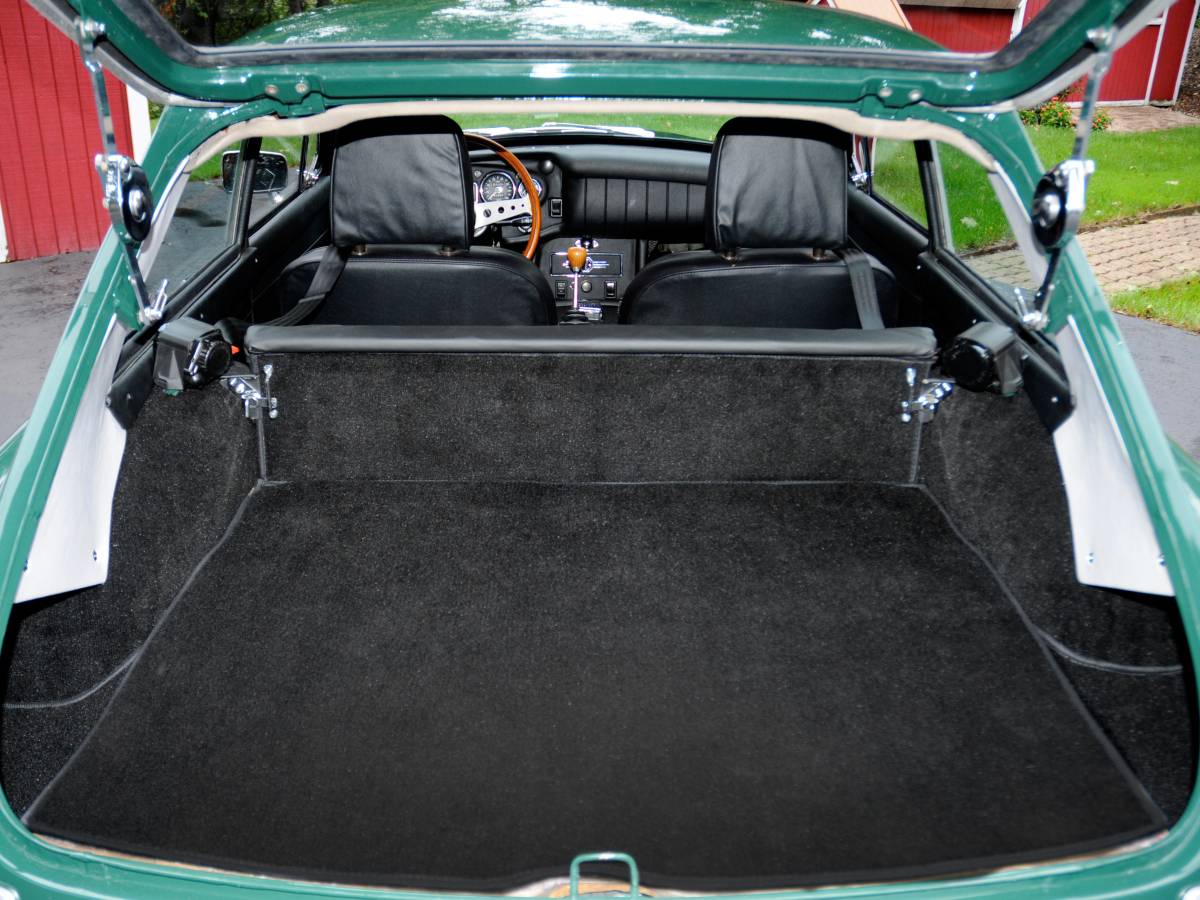 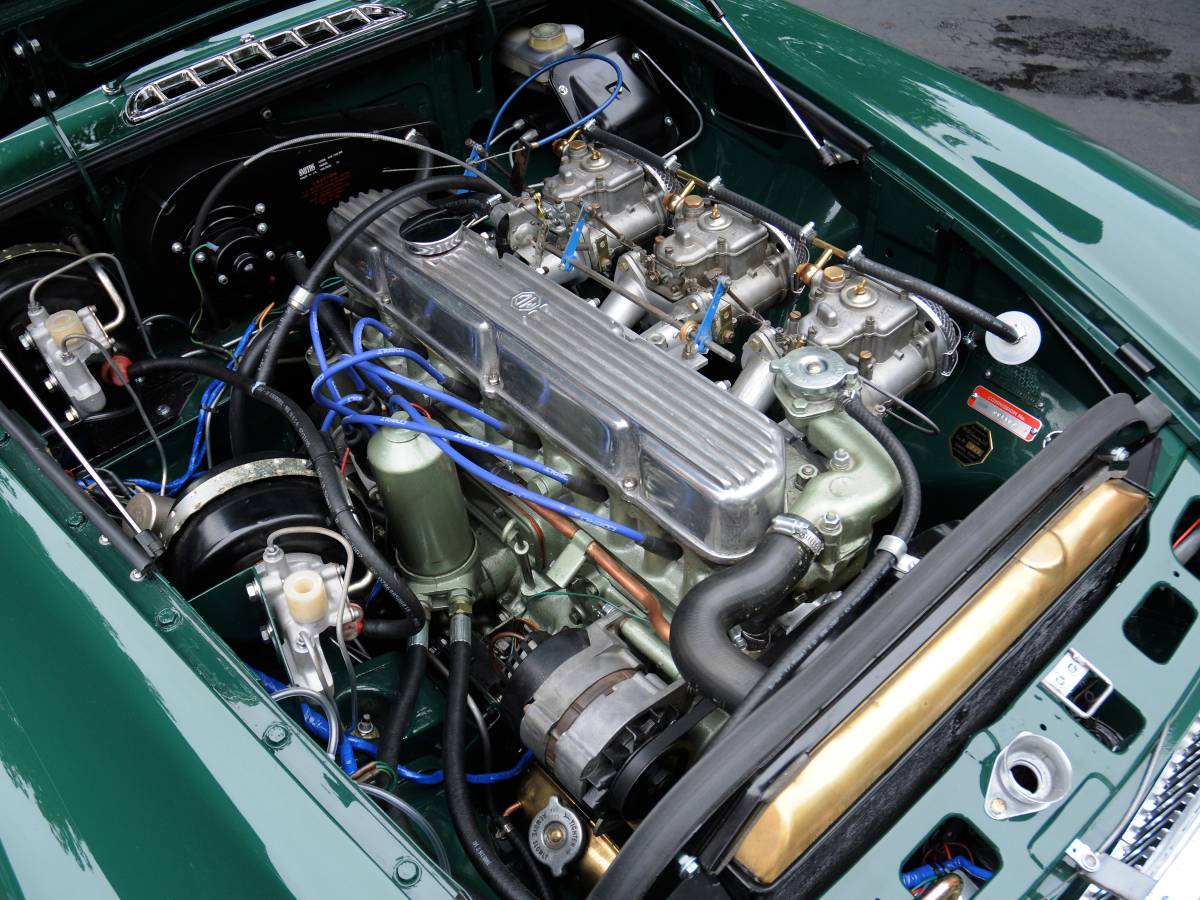 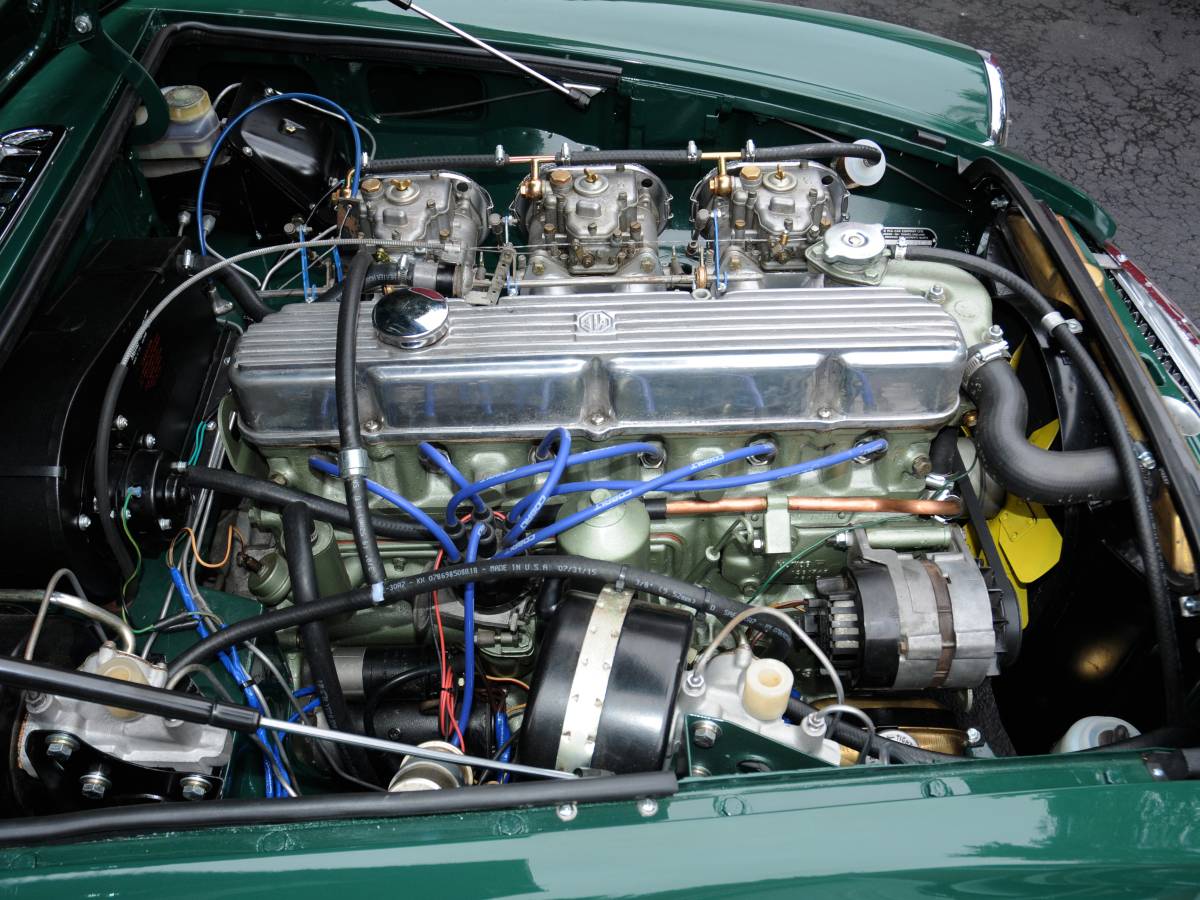 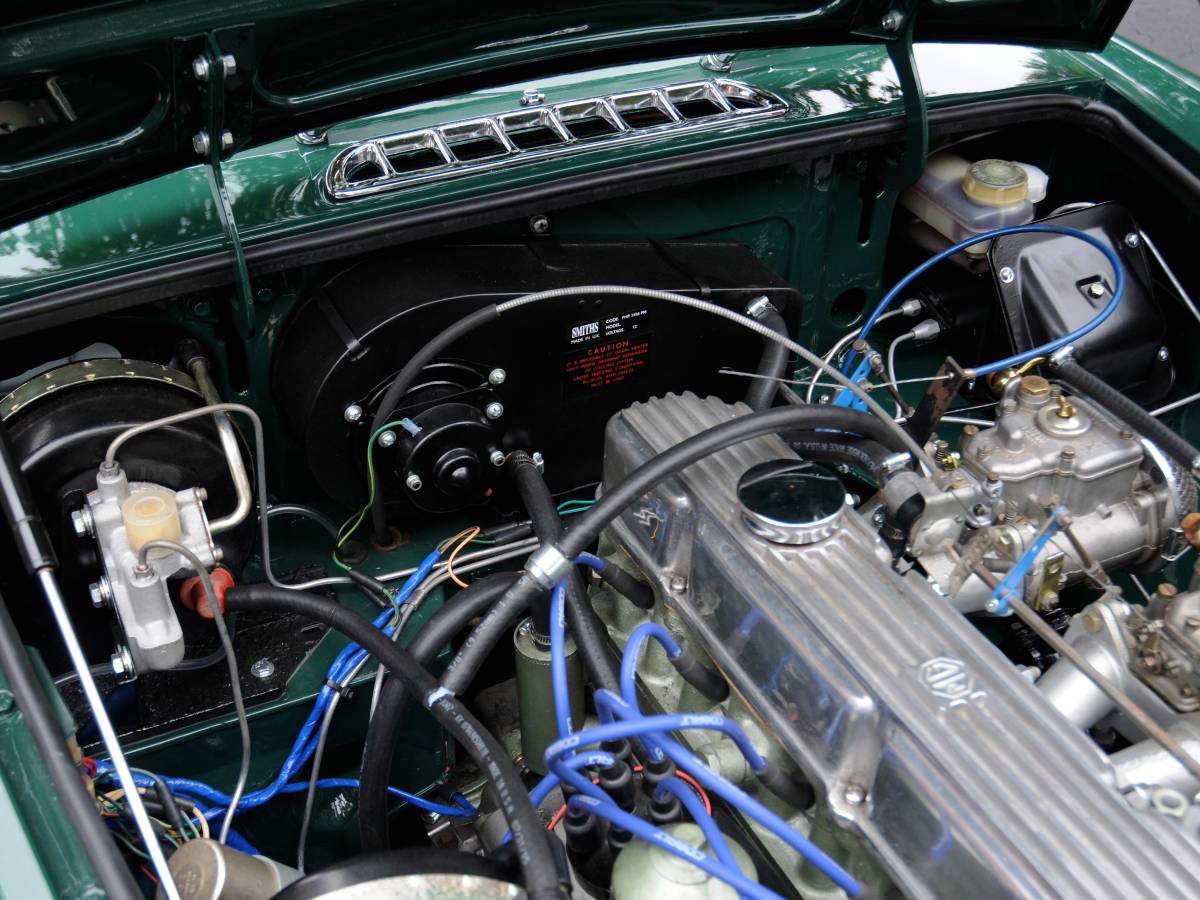 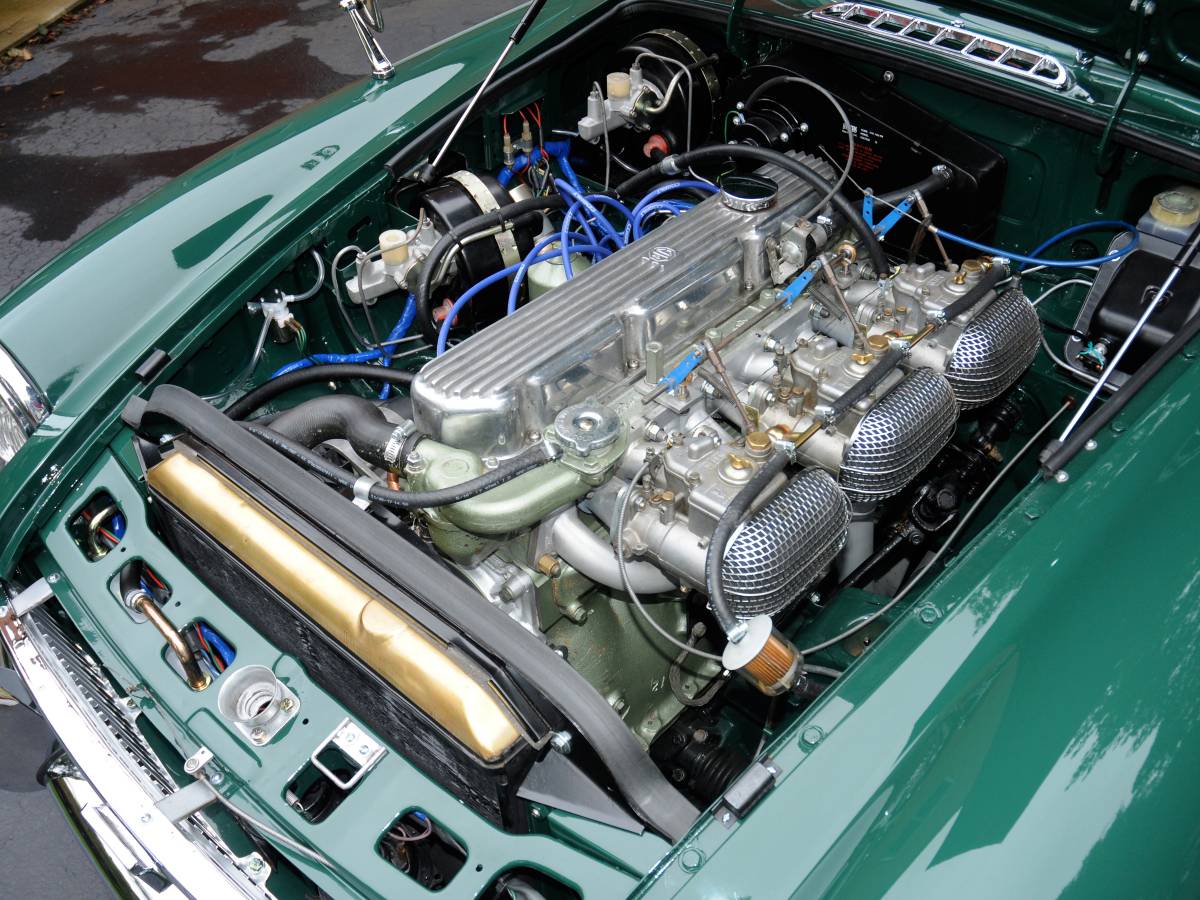 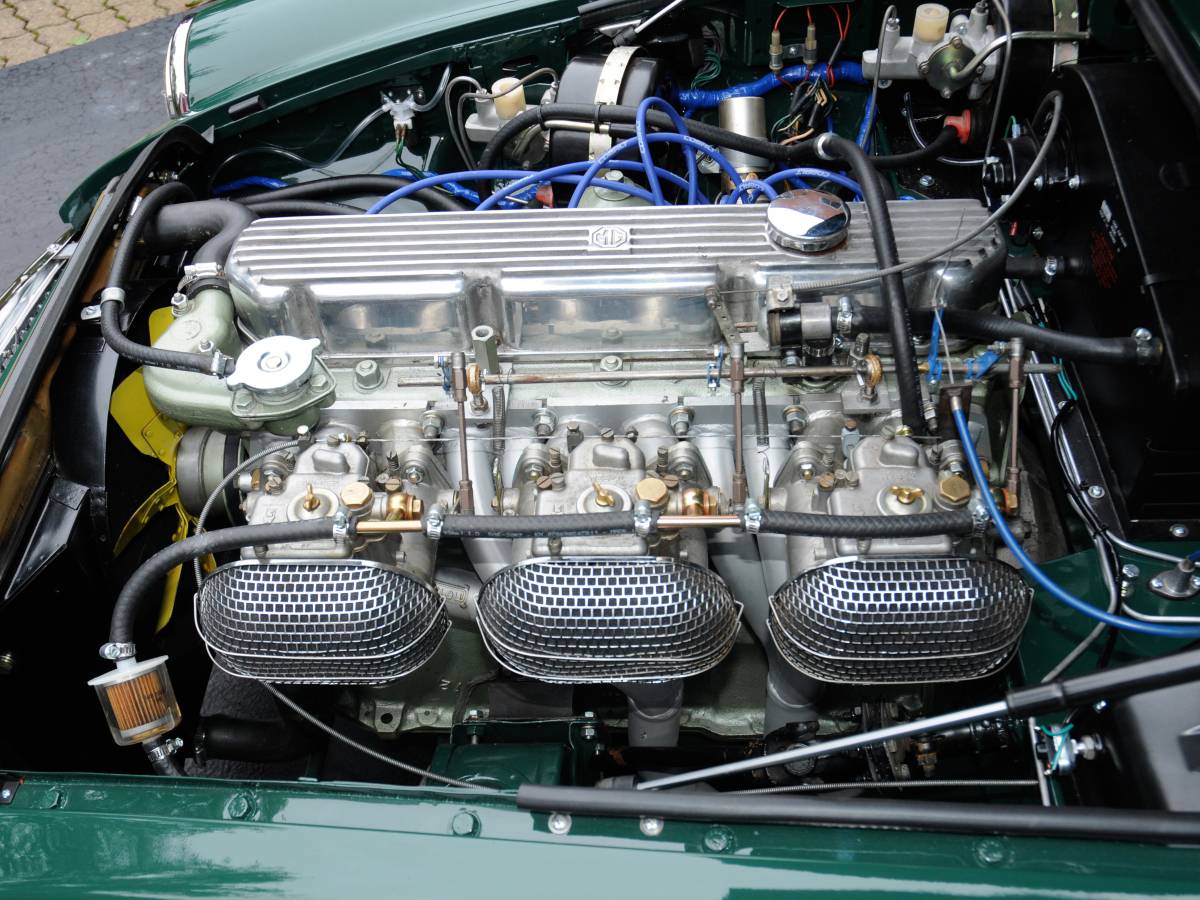 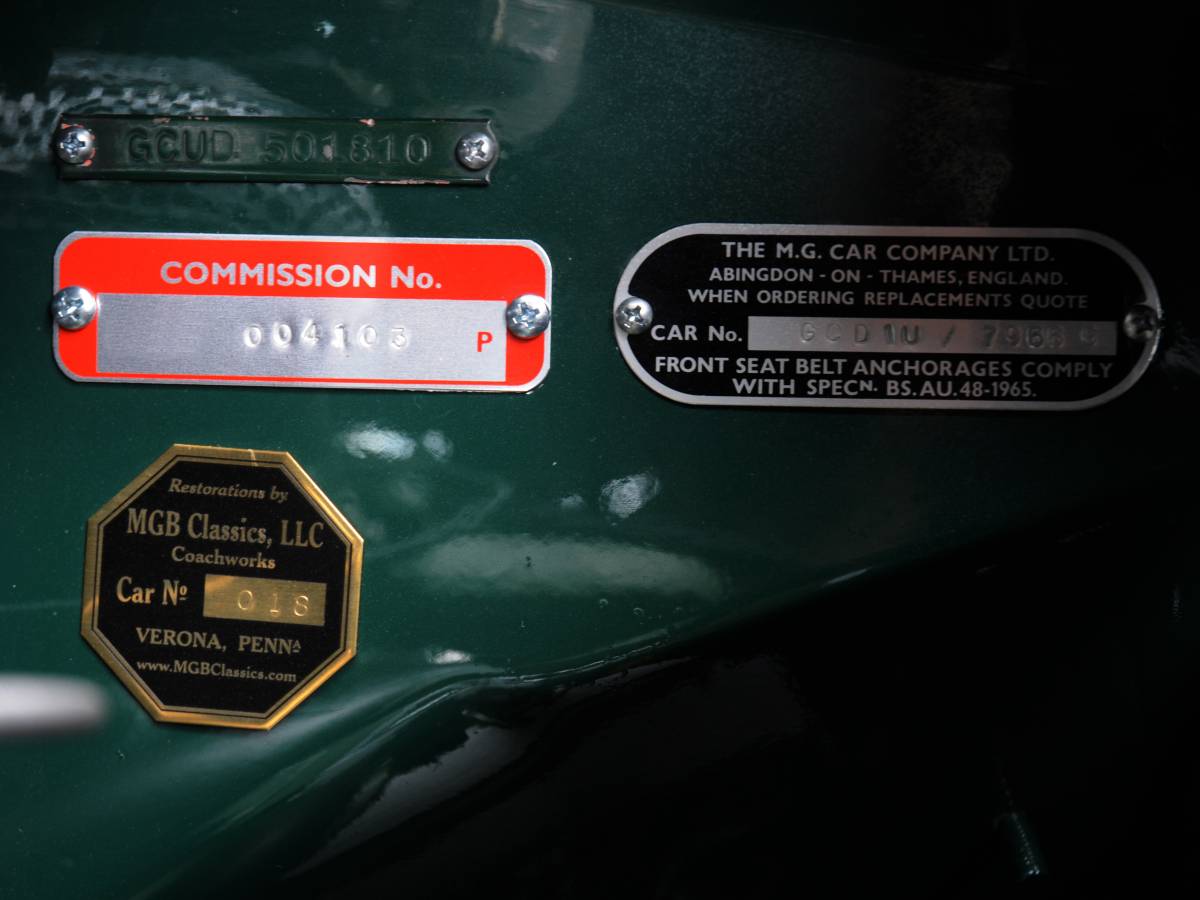 Following decades of success on both the racetrack and sales forecourt with its quick and nimble 4-cylinder sports cars, MG began experimenting with six-cylinder power in 1964. The “large engine MGB” project, internally coded ‘ADO52’, culminated in the 1967 release of the MGB-based MGC. Serving as a timely bridge-gap in parent company BMC’s product line following the cancellation of the Austin-Healey 3000, the MGC was available in Roadster and GT Coupe forms and looked much like the MGB, aside from a pronounced hood bulge clearing the carburetors plus bigger 15-inch wheels. Underneath, however, the MGC exchanged the coil-type springs of the 4-cylinder MGB in favor of torsion bars and wishbones, similar to Jaguar’s XKE.

With 150hp and plenty of low-end torque on tap from its lusty 2,912 cc 6-cylinder powerplant, the MGC was the most powerful car MG produced during the era. While contemporary road tests revealed that it was just one second quicker than its predecessor in 0-60 mph, the MGC did offer more relaxed high-speed cruising and a much higher top speed exceeding 120 mph. Available gearboxes included a choice of a newly designed, fully-synchronized 4-speed manual unit and a floor-shifted 3-speed automatic. With its Pininfarina-designed fastback/hatch roof, the MGC GT offered a slight performance edge over its Roadster sibling thanks to better aerodynamics. Production of the MGC would only last three years from 1967 to 1969, with a mere 8,999 examples ultimately built and as few as 4,457 GT fastback coupes. By some accounts, as few as 1,773 of these very fine road cars were exported to North America, making this one uncommon indeed.

Accompanied by a British Motor Industry Heritage Trust Certificate documenting original data, this beautifully restored MGC GT is one of just 1,954 of these great road cars produced for the final 1969 model year. Fittingly finished in its factory-specified British Racing Green (PPG Concept) paint, and clearly finished to a very high standard, this MGC GT also features a complementary all-Black interior. As related by the seller in their fully detailed online description of the car, every part was replaced and restored using only Moss Motors approved parts and the car looks great from top to bottom, retaining its original inline 6-cylinder engine. A very high performance header system feeds a full stainless steel exhaust that completes the quality restoration. A choice upgrade is the triple 45DCOE Weber conversion kit, which looks impressive and provides heightened performance to boot. The original-spec leather interior is all new and reflects quality workmanship with new carpets also fitted. According to the seller, this MGC GT “…drives effortlessly and the ‘big six’ whisks you along and truly defines what Grand Touring is all about.” Chin-chin!

There is simply too much to say about this wonderful MGC GT, so we’ll launch into the value discussion under the assumption the little details will appeal to any potential buyer. These cars have for too long been afterthoughts amongst the MG faithful, but not so anymore. With their excellent torque and power delivery, “rorty” exhaust note, and obviously enhanced performance over the basic MGB, in conjunction with their rarity they’ve experienced a notable up-tick over the last few years. Market prices for the GT, with its wonderfully integrated all-weather roof, trail the roadster considerably – and we don’t understand why (or agree). Regardless, the final 1969 GT models are currently valued by Hagerty from $6.1k for a #4 condition “driver” to $11.9k for a “good” #3 car, $21.7 for an “excellent” #2, and $34.4k for a #1 concours-worthy example. While sporting a fresh, thorough and high-quality restoration by a marque specialist, this MGC GT’s list price puts it in a position to sell in short order. If you’re in the market, we’d recommend you check it out now, before it’s gone for high #2 money at #1 quality. Accordingly, we think it’s certainly well bought at the asking price.

darkleaf999
Now this is just fantastic. It looks great and has all the correct 1969 specific parts that it would have come with from the factory. I've seen many restored 1969 cars that didn't have the right seats and headrests. The seat frames and headrests are unique to that year and you can't just buy new ones. The triple Weber carbs are an expensive upgrade and not exactly easy to tune, but it sounds like it's properly sorted in this car and probably good for an extra ~20 horsepower. It wouldn't take much to get it into the 200hp range if the new owner so desired. I love my MGB GT, but this C GT is making me a little jealous. I agree that this is well bought at the asking price, no negotiation necessary here.
3 months