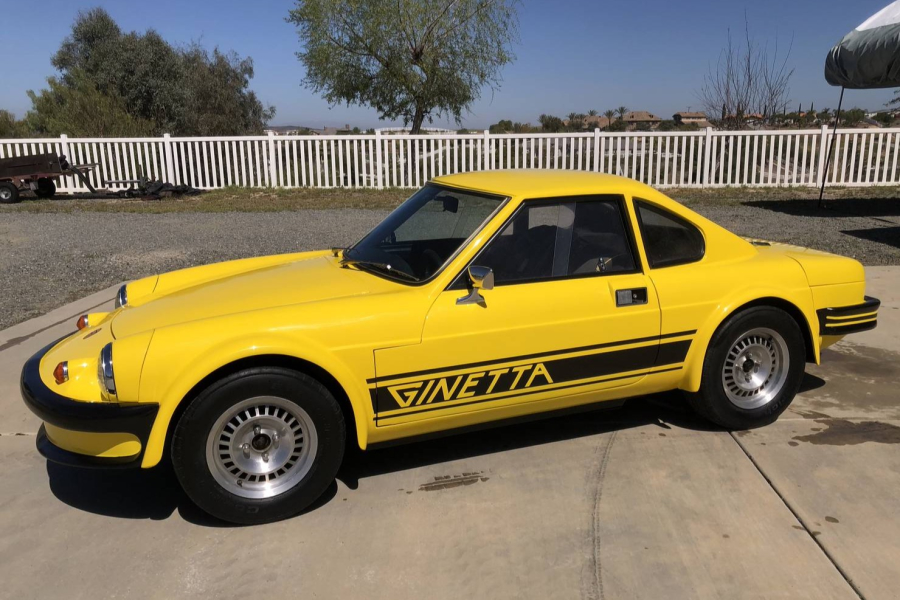 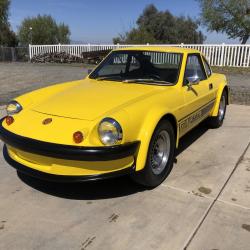 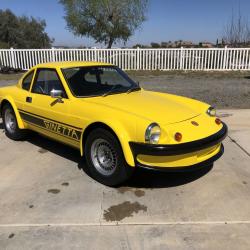 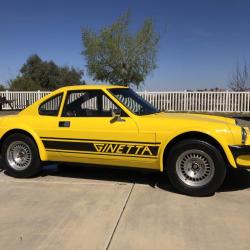 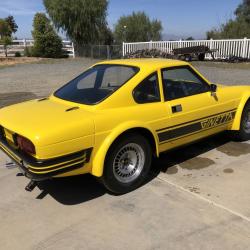 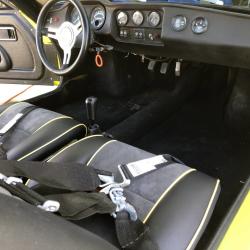 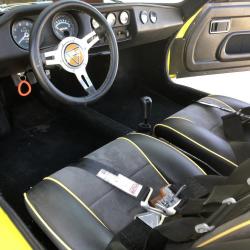 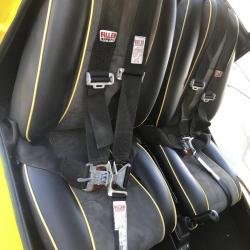 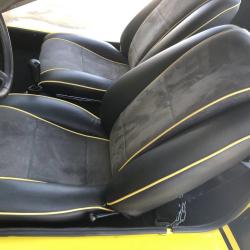 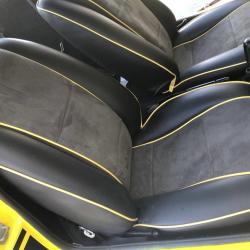 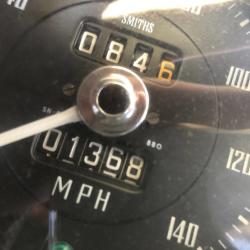 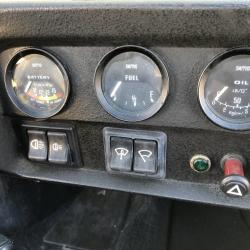 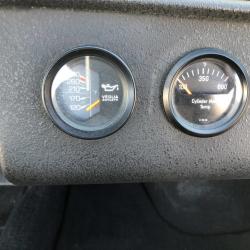 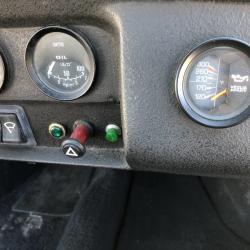 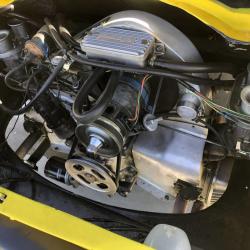 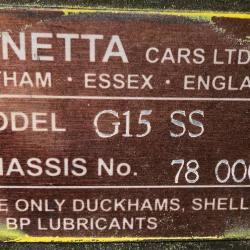 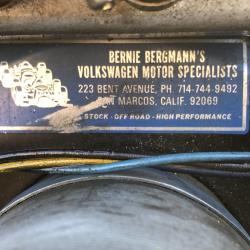 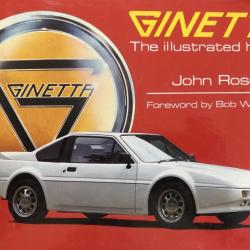 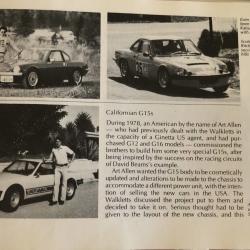 Established in the 1950s by the four Walklett brothers, Bob, Ivor, Trevor, and Douglas, Ginetta produced its first car in 1958 and quickly made a name for itself as a constructor of top-notch sports racing and road cars. While considered “Garagistes” by traditionalist competitors in France, the Walkletts and Ginetta carried on the wonderful postwar British tradition for grassroots club racing and eventual international forays, much as their fellow smaller constructors Cooper, Lotus, Tojeiro, and Lister had. Featuring a light fiberglass body and robust tubular steel chassis, the G15 of 1968-1974 was the marque’s definitive road model with 800 built. Normally powered by a Coventry Climax-derived Hillman Imp engine, the G15 features near perfect weight distribution and consequently excellent handling for an amazingly responsive driving experience. Further development brought the upgraded and wilder G15 Super S by the late 1970s with extreme lightness, startling acceleration, and limpet-like road holding. Just two of these highly developed cars are known to have been built and according to the seller, our subject car, bearing Chassis #0001, could be the sole survivor today. 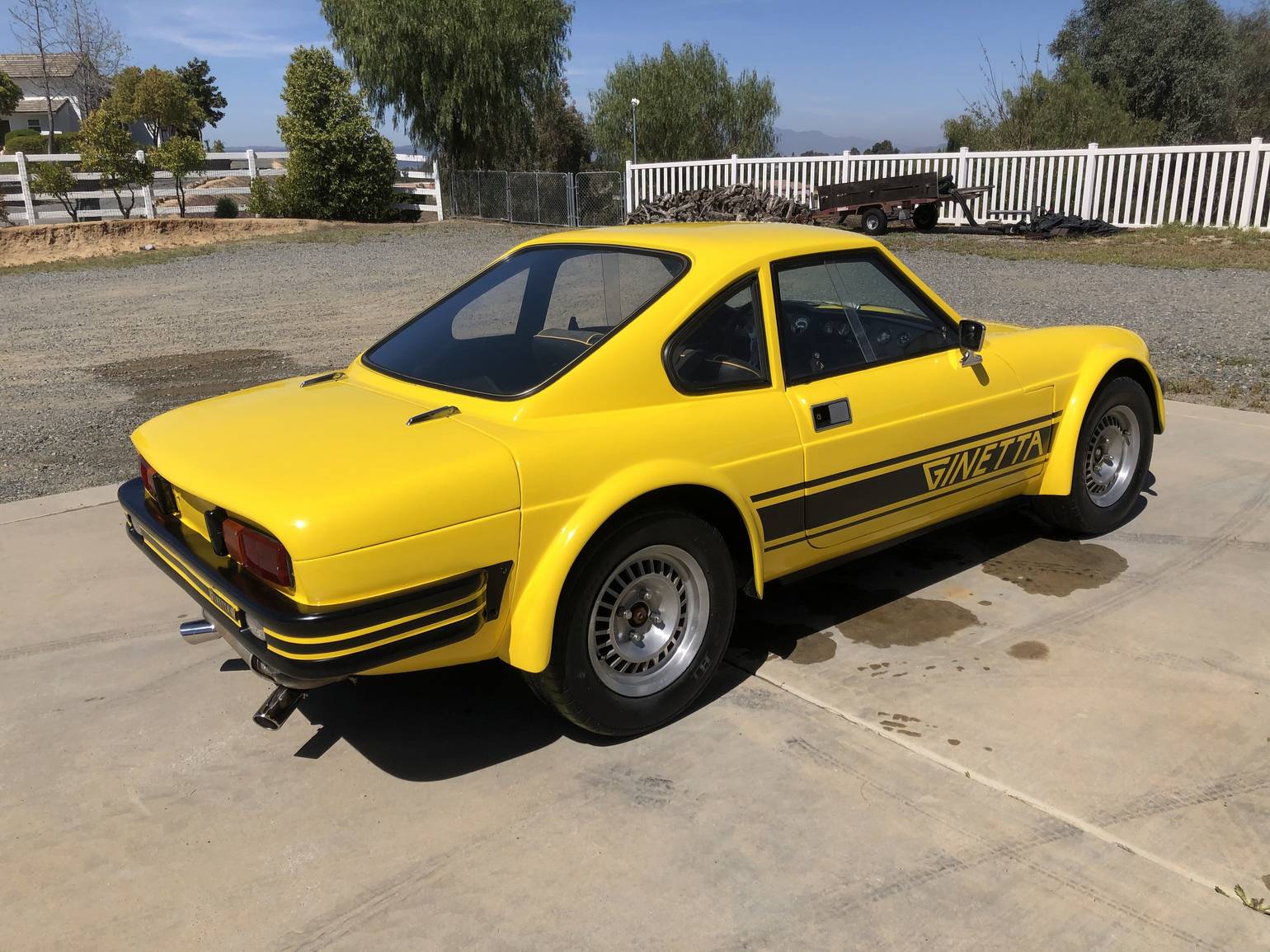 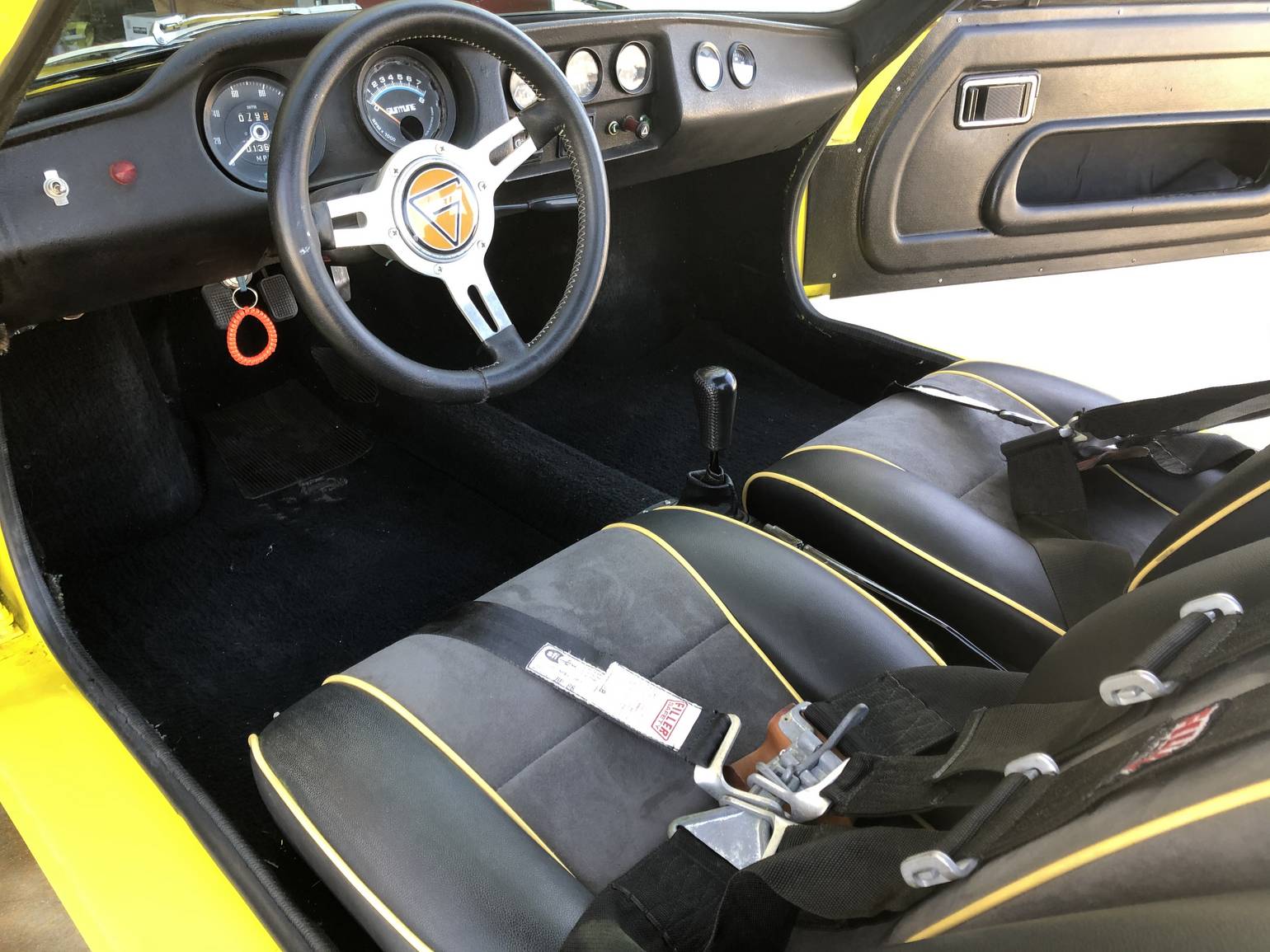 According to the very knowledgeable seller, this 1978 Ginetta G15 Super S features a 2,030cc VW engine built by Bernie Bergmann developing 130hp, more than capable of propelling this 1,100-lb flyweight GT car to performance levels easily humbling competitors with higher power ratings. Chassis improvements and other select tweaks from the Walkletts heightened performance in all relevant disciplines and it caught the attention of Ginetta marque enthusiast Art Allen, who bought the car new and imported it to the U.S. where it was driven only sparingly and eventually sold to a new owner, who placed into long-term storage until Art bought it back in 2014 and then had it repainted, tuned up, and given an interior restoration. This amazing performer is offered with under 1,400 seller-stated miles of use, which is believed to be accurate. Predictably, with only two produced, this G15 Super S was included in the definitive book Ginetta, The Illustrated History by John Rose. 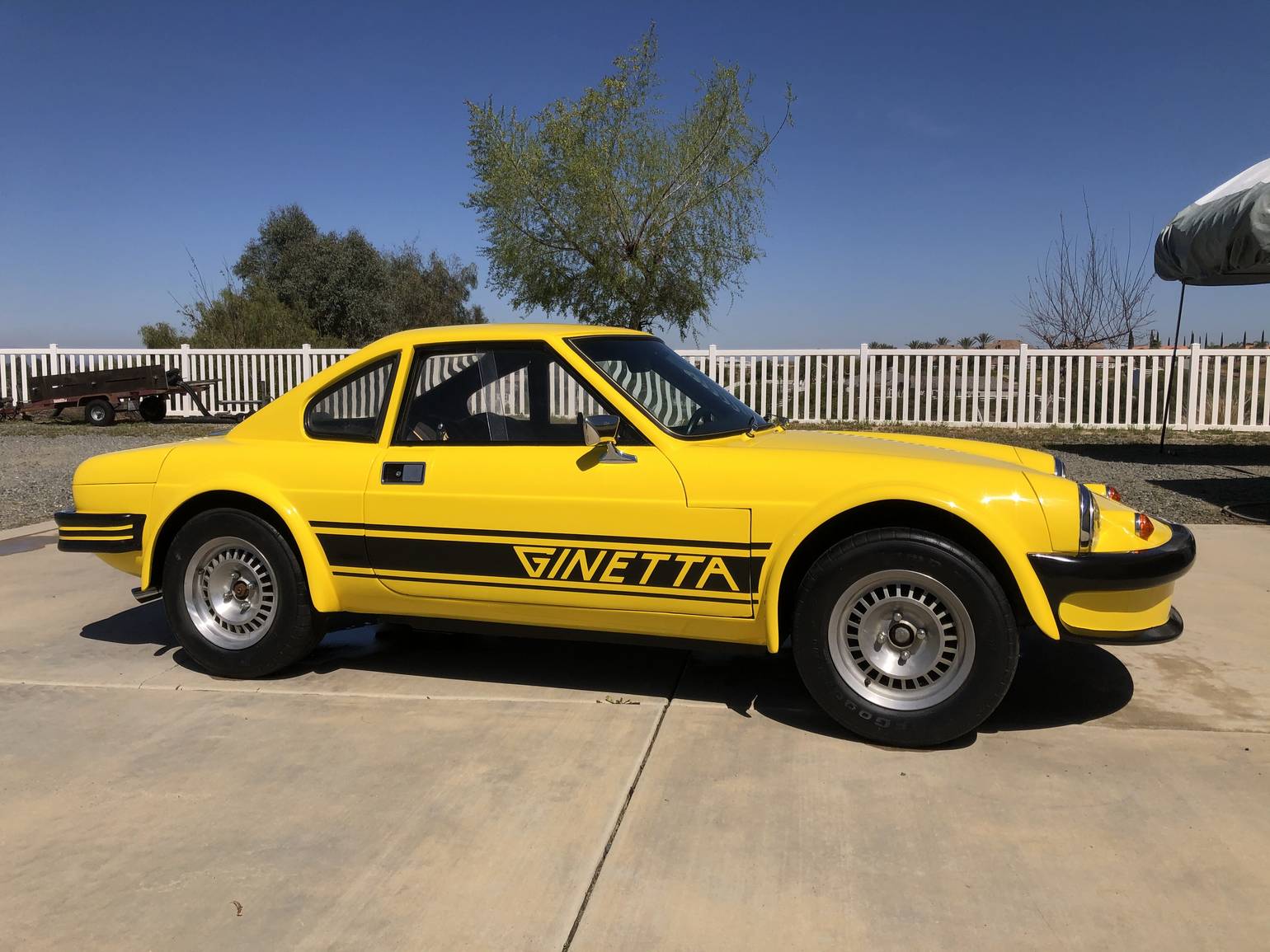 When is the last time you’ve ever seen a Ginetta, let alone this bonkers example? While you’re certain to see many British “Garagiste” cars at shows, concours, and vintage racing events, it’s a sure bet that this “1-of-2” Ginetta G15 Super S is going to be an infrequent find anywhere. It should also deliver a spectacular drive and attract admirers everywhere. Best of all, the car is quite affordable and while Hagerty values 1968-‘74 G15s at just $19k at the high end, this ultimate G15 Super S seems to be ‘Worth the Premium’ at the seller’s ask. Besides, it’s a Unicorn!

darkleaf9911
I'm pretty sure I've seen this car in person, but I can't remember where. Maybe the Queen's English car show... Anyways it is amazing and I want it.
25 minutes