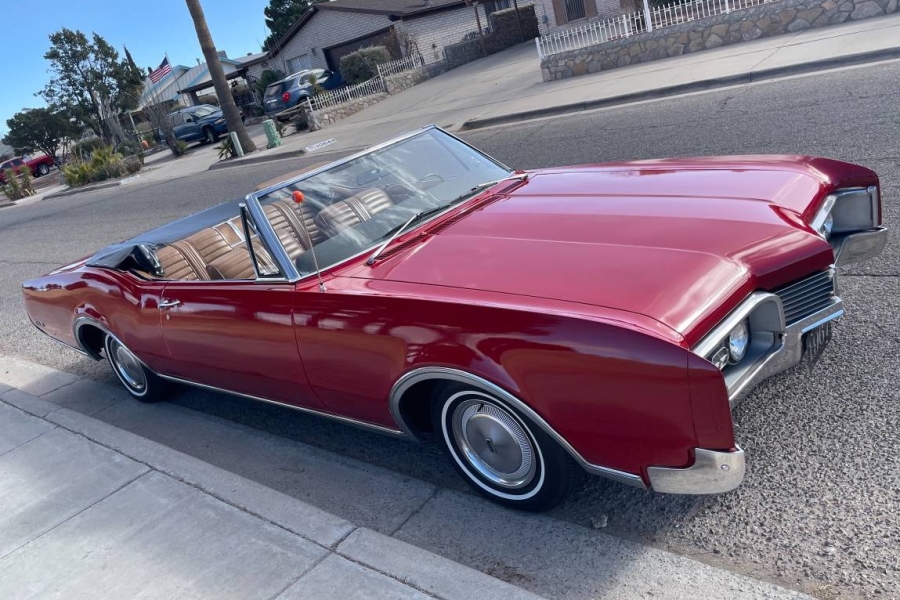 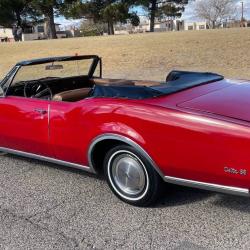 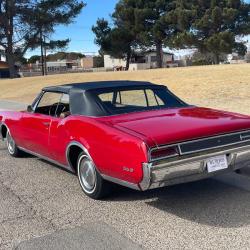 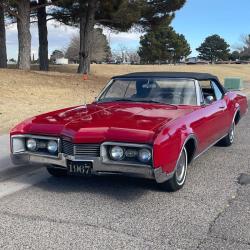 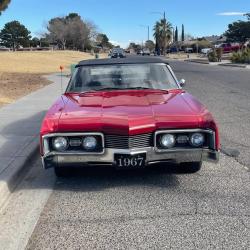 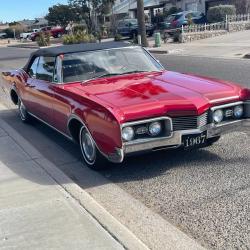 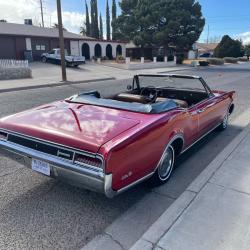 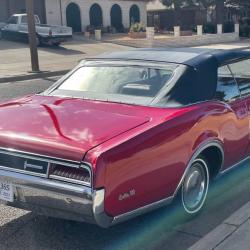 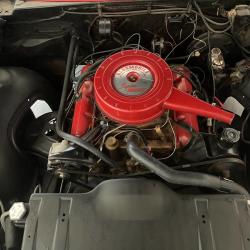 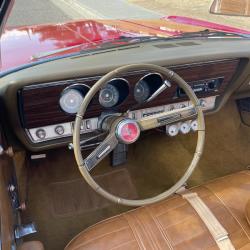 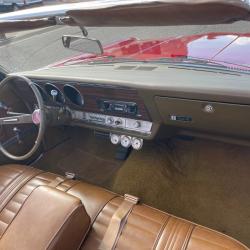 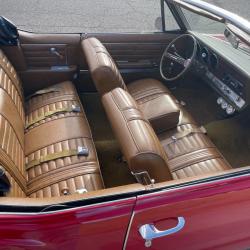 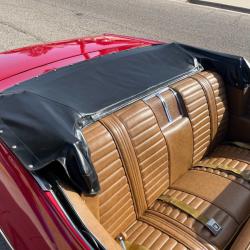 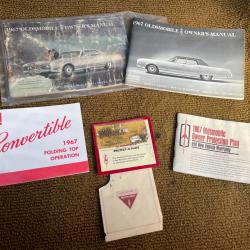 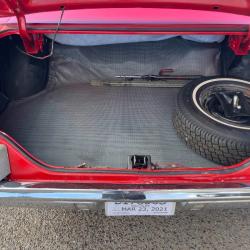 The era of the “Big American Convertible” made famous throughout the 1950s and early-to-mid-‘60s was coming to an end as the ‘70s approached. The Delta 88 was built on Oldsmobile’s full-sized platform (all 88 and 98 series models), not to be confused with the slightly smaller Cutlass body/chassis architecture. This means lavish bench seating for at least six, a big V8 engine up there under that pool table-sized hood, and a cloud-like ride. Even though they weigh tons, and the 425ci V8 engine only inhales through a two-barrel carburator, the big ragtops perform nearly as well as many muscle cars of the day. Naturally, they have power everything, including the top, plus lots of chrome, big shiny hubcaps and whitewall tires. Vegas – Baby! Or, the perfect parade float in which the Homecoming Queen (and her entire court) could ride, perched atop the tonneau cover at the top edge of the back seat. 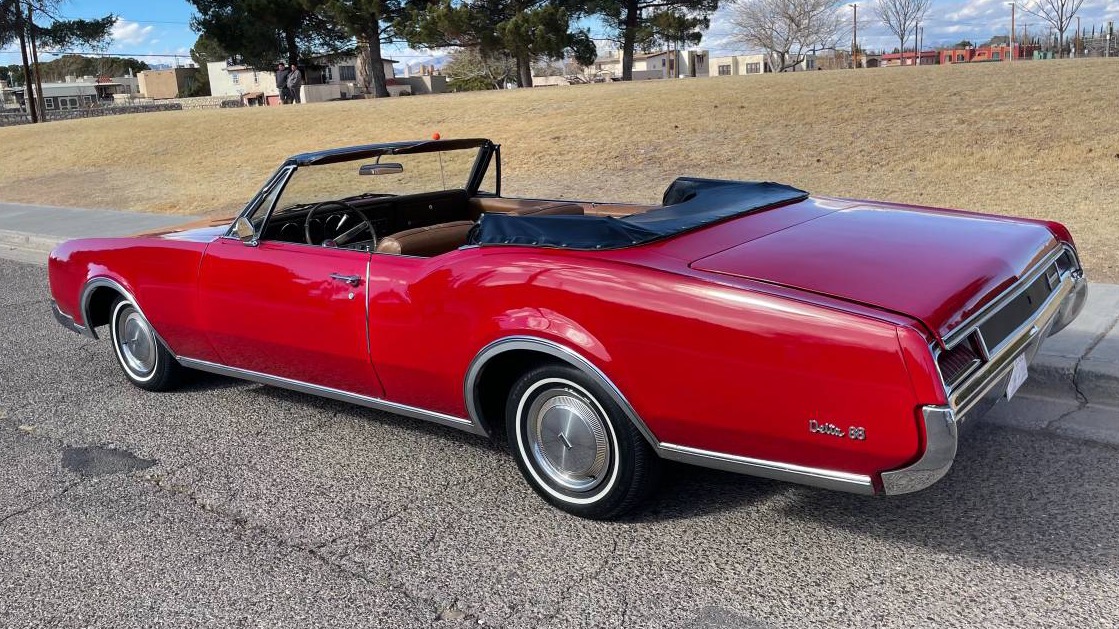 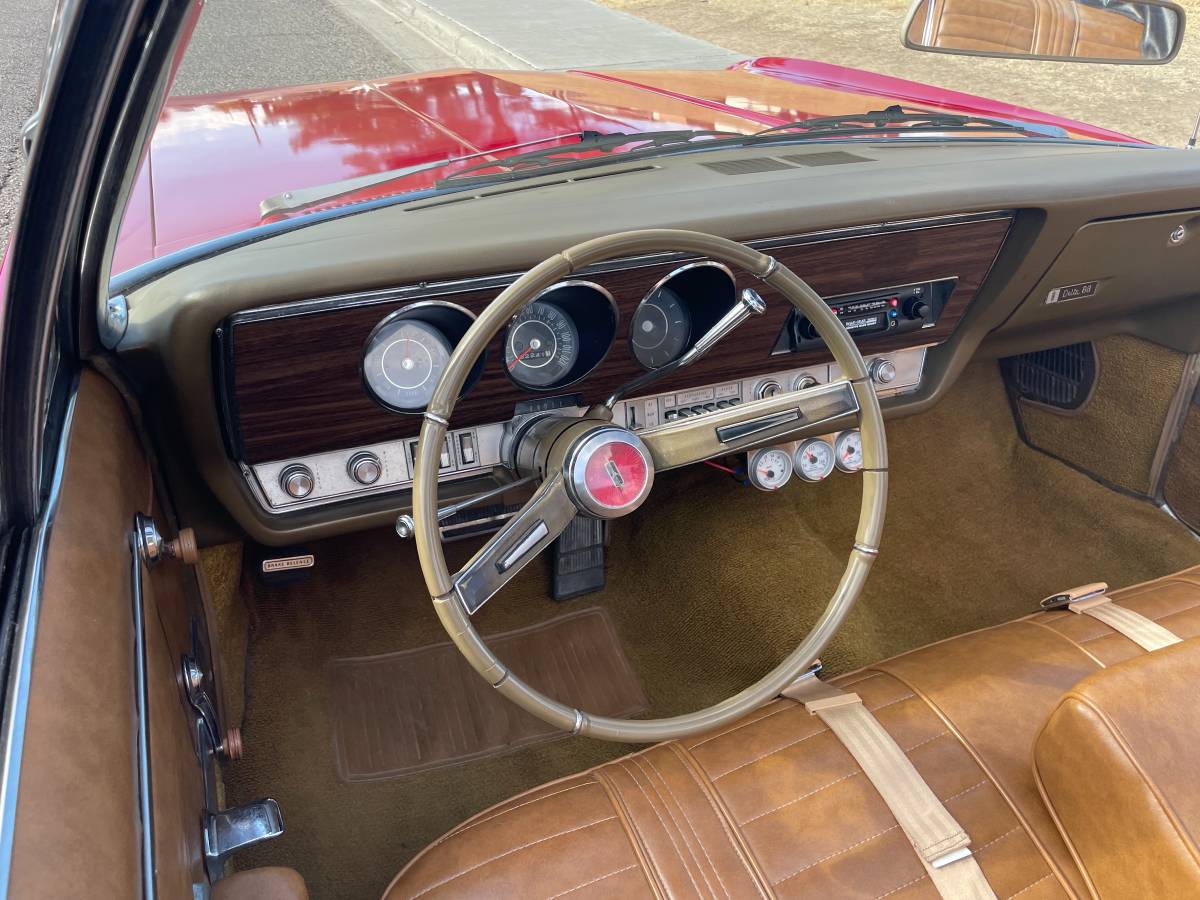 This example appears positively delicious; the bright non-metallic red paint looks great with the warm medium brown interior. And, do the math; how is it that this 54 year-old car wears just 32k miles – an average of around 600 miles per year! The large selection of clear sharp photos shows a well-preserved car that’s likely a combination of preservation and some restoration, but the overall vibe is highly original, and the seller states the car wears a new battery, belts, hoses, alternator and shocks. All of the original owner’s manuals and booklets are present. The seller further states that he’ll consider a partial trade, which may help make a deal easier to swing. This is a strikingly handsome big American hero that, given good care, will run forever, and also be a blast to own and drive. Especially with that black convertible top down! 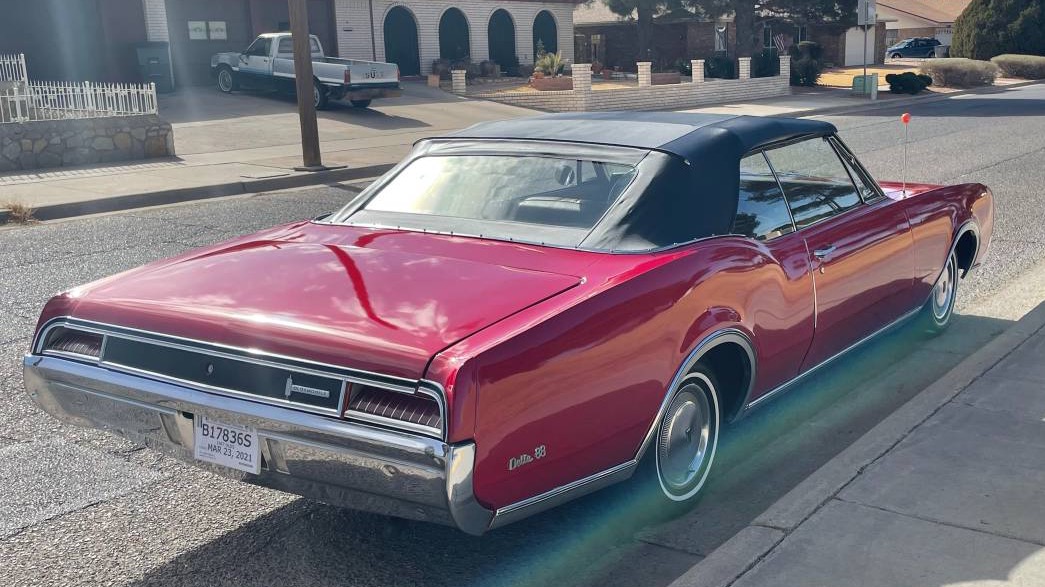 Hagerty rates a #1 concours condition car at $30,700, and an excellent #2 example at $21,600. This one gives solid evidence of being in very good to excellent condition, so the ask is certainly in the Fair Market window (bordering on Well Bought). Look high and low all you want, but it’ll be tough to find one as nice with just over 30k miles on the clock.