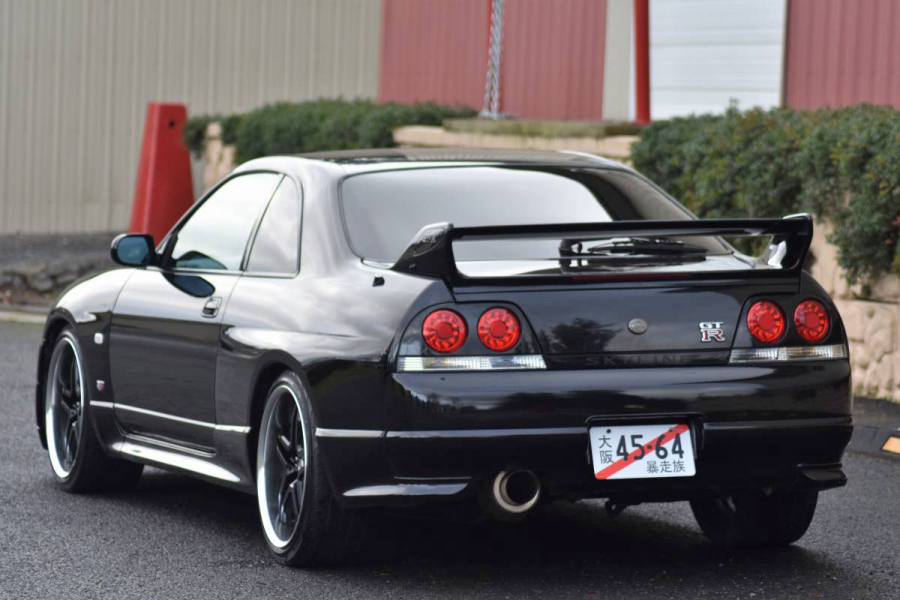 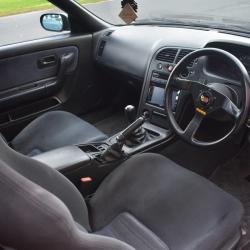 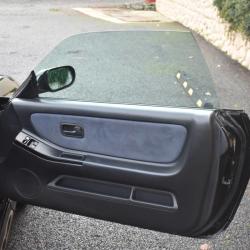 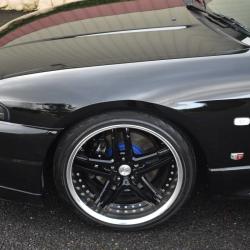 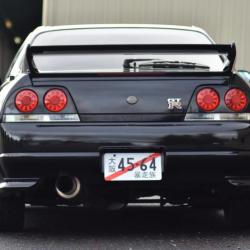 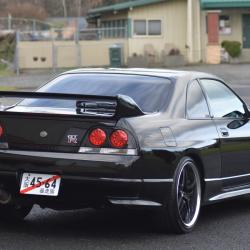 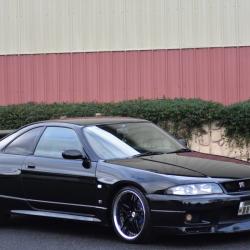 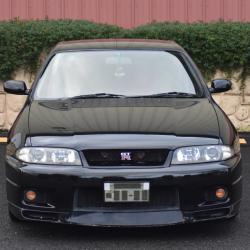 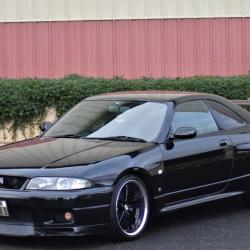 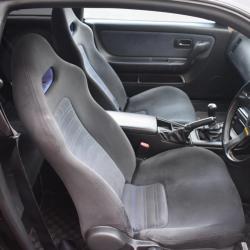 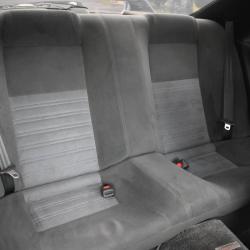 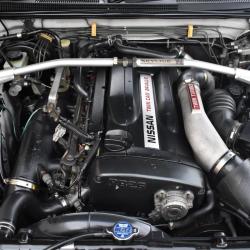 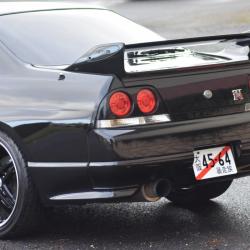 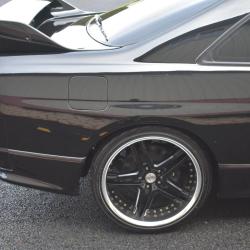 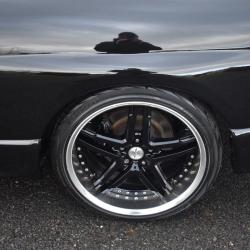 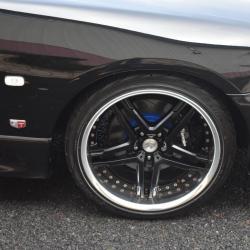 Following the startling racing success of Nissan’s original Skyline GT-R of 1969-1973, buyers, racers, and enthusiasts were forced to wait 16 years for its eventual successor, the R32-generation GT-R. Utterly dominant in Japanese Touring Car competition with four straight championships, the R32 Skyline GT-R also won back-to-back Australian Touring Car Championships in ‘91 and ‘92, blunted only by rule changes acting against it in ‘93. Rightly, these cars earned the fierce nickname “Godzilla” by the motoring press for their crushing performance and flame-spitting exhaust outlets. Production of the legendary R32 spanned 1989 to the advent of its worthy R33 successor in January 1995, produced to November 1998. In 1995, an R32 GT-R driven by Motoharu Kurosawa became the fastest road-legal production car on the Nürburgring Nordschleife circuit, a record broken in 1996 by an R33 GT-R V-Spec, driven by Dirk Schoysman. 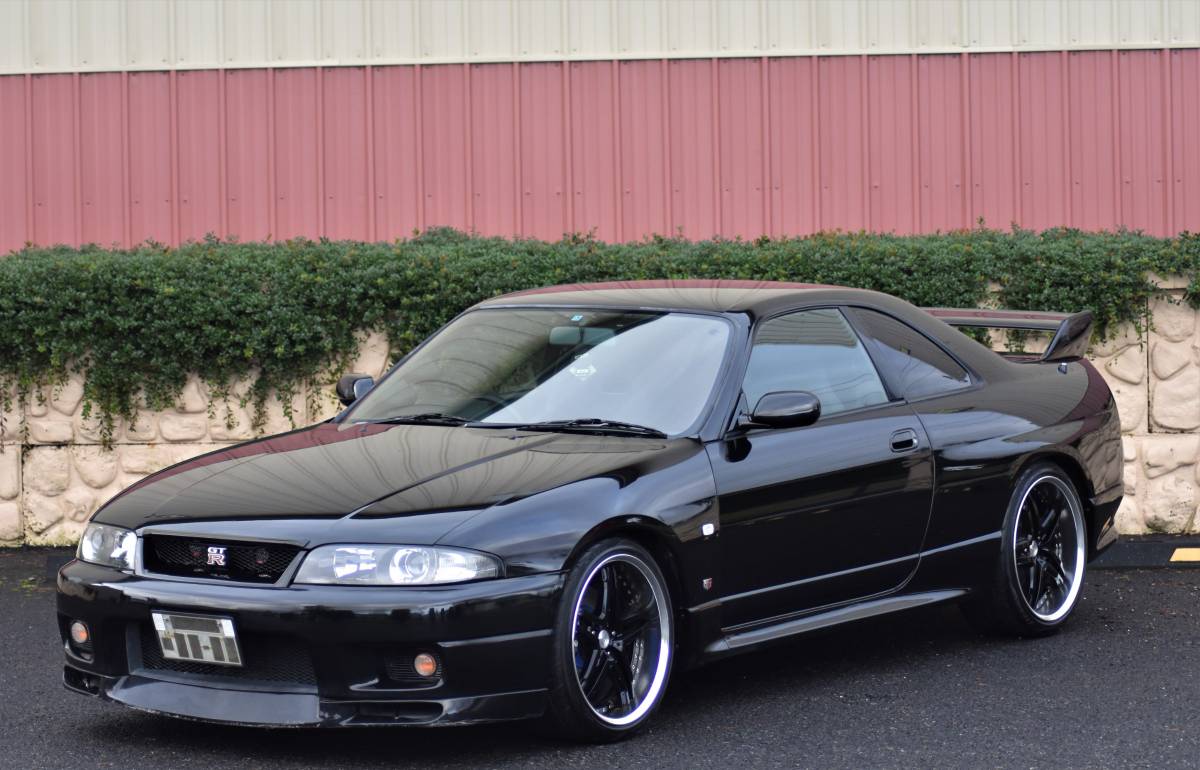 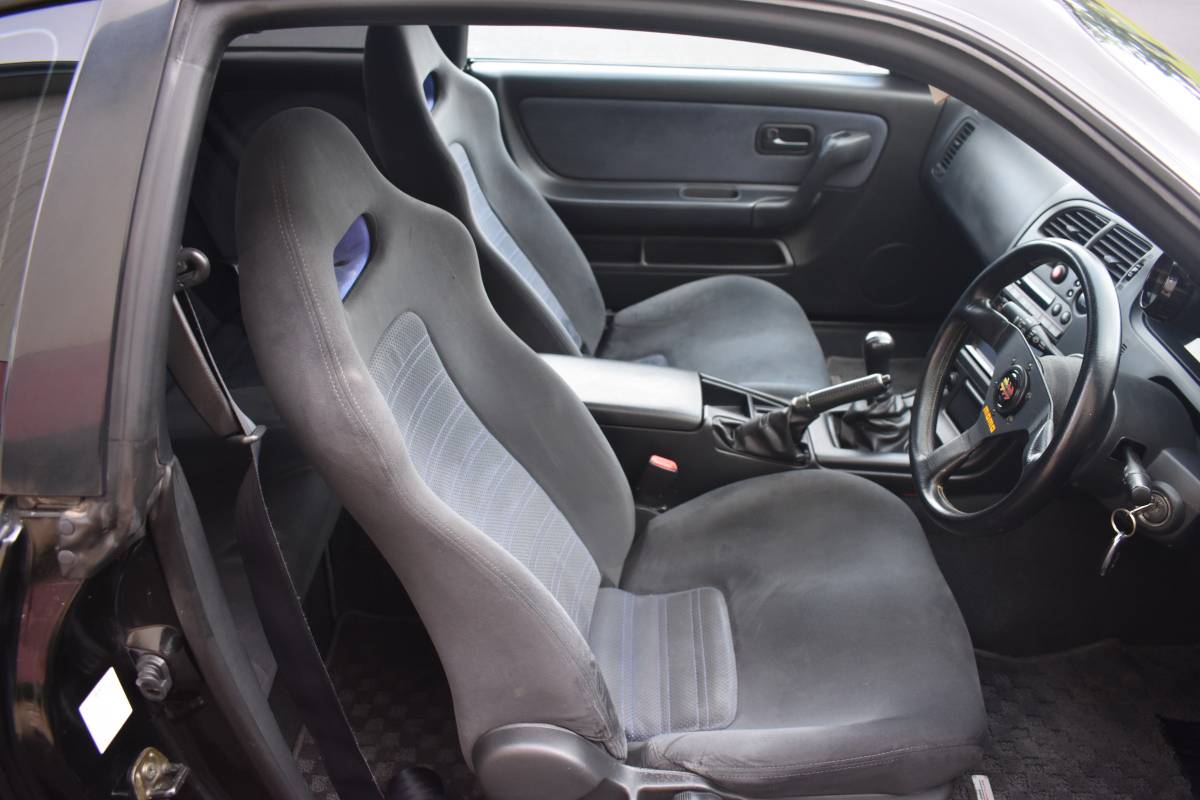 This R33-generation Nissan Skyline GT-R comes to market with 66,354 verified miles, featuring the fabled RB26DETT twin-turbocharged inline 6-cylinder engine mated to a manual transmission and harnessed by Nissan’s AWD system. Very potent with 276 rated horsepower, this example includes such minor mods as a set of Work custom wheels, aftermarket gauges, and an always welcome Momo steering wheel. According to the seller, “This R33 GTR is sure to break necks no matter where you take it.” And we believe it!

Featuring updated and improved bodies and interiors, the R33 edition of the famed Skyline GT-R is a very desirable iteration of these fabled and thrilling performers. It’s an unqualified street and racing legend with attractive yet restrained “Clark Kent” looks and flame-spitting ferocity. This Zero260 contributor had only heard of such cars in hushed whispers and tantalizing spy photos in the buff magazines of the era. This original JDM (Japanese Domestic Market) car marks a compelling find for driving and racing enthusiasts and looks to be a very fine example, notwithstanding the stated mileage. These cars and their renowned engines are quite durable and capable of far higher mileage with the usual care and maintenance that any high-performance car should receive on a regular basis. The seller’s asking price might seem stiff, but even a casual observer realizes these amazing driver’s cars are not getting any cheaper, spurring us to consider our subject worth the premium.