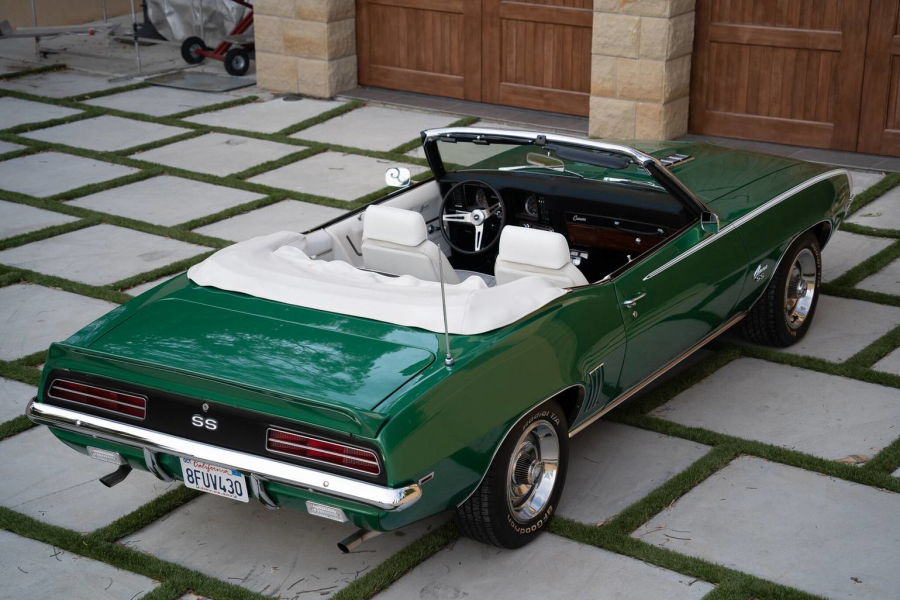 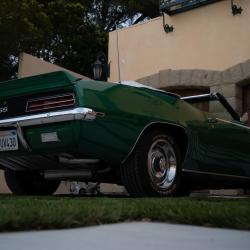 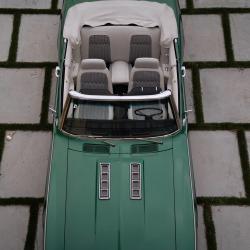 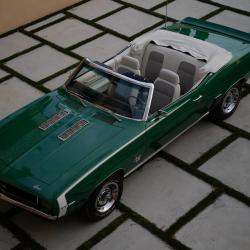 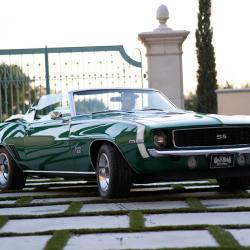 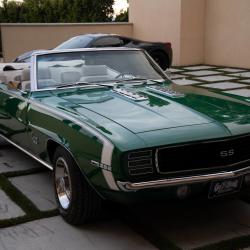 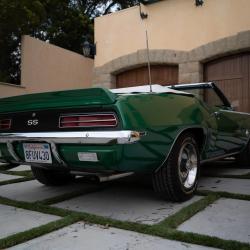 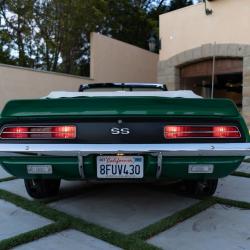 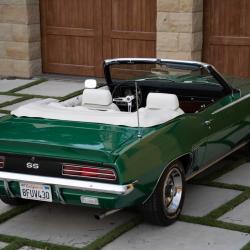 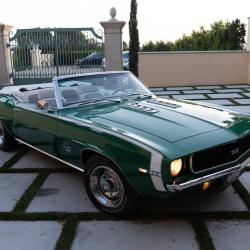 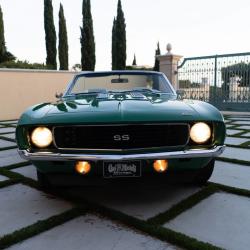 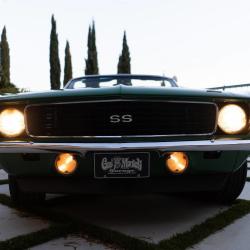 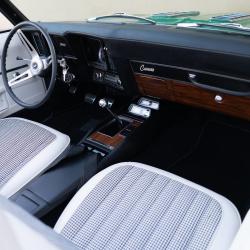 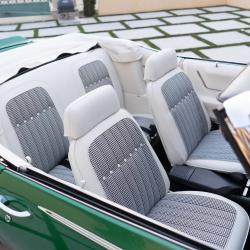 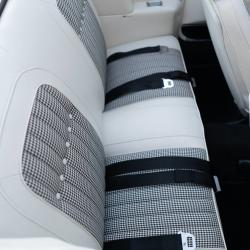 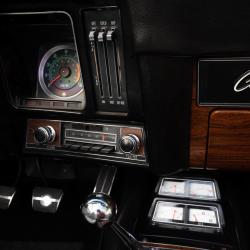 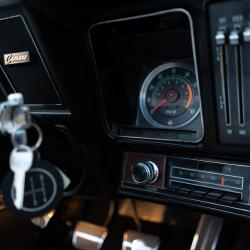 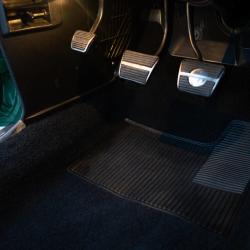 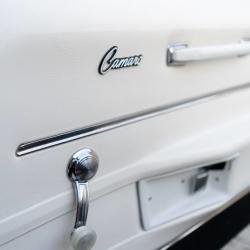 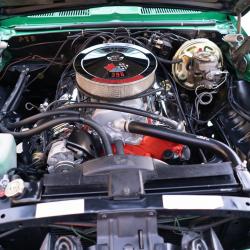 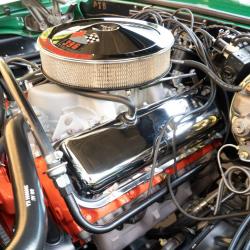 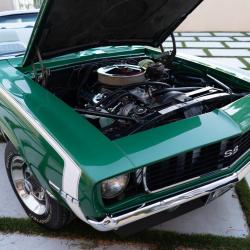 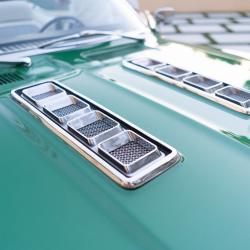 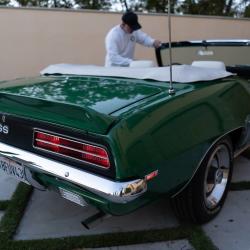 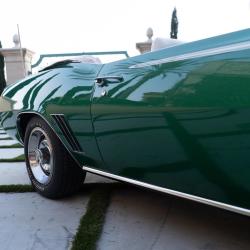 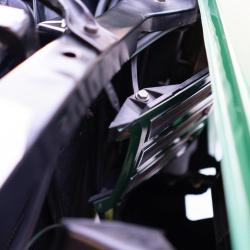 An extremely successful gamble for Chevrolet, the sporty Camaro created an instant legend with its late-1966 launch for 1967, and it went on to become one of the GM division’s longest running model lines. Not a “me too” reply to Ford’s Mustang, the Camaro was in fact developed as a more conventional replacement for the innovative but not-so-popular Corvair. A large part of the Camaro’s successful formula was its long list of standard features and low base pricing, supplemented by a huge selection of desirable factory available options and powertrain combinations. The 1969 model year marked the end of the line for the first-generation Camaro, likely the most popular of all. Mildly restyled bodies for 1969 maintained the Camaro’s winning looks and as before, the RPO Z22 ‘RS’ Rally Sport option package was available on all Camaro model lines, including the SCCA Trans-Am inspired Z/28 and aggressive Super Sport. Numerous ‘RS’ trim and appearance upgrades include special brightwork, concealed headlamps, under bumper backup lights, special taillights, and bold ‘RS’ emblems inside and out, endowing the Z22 RS-equipped Camaro with added sophistication to go with its winning style and performance. 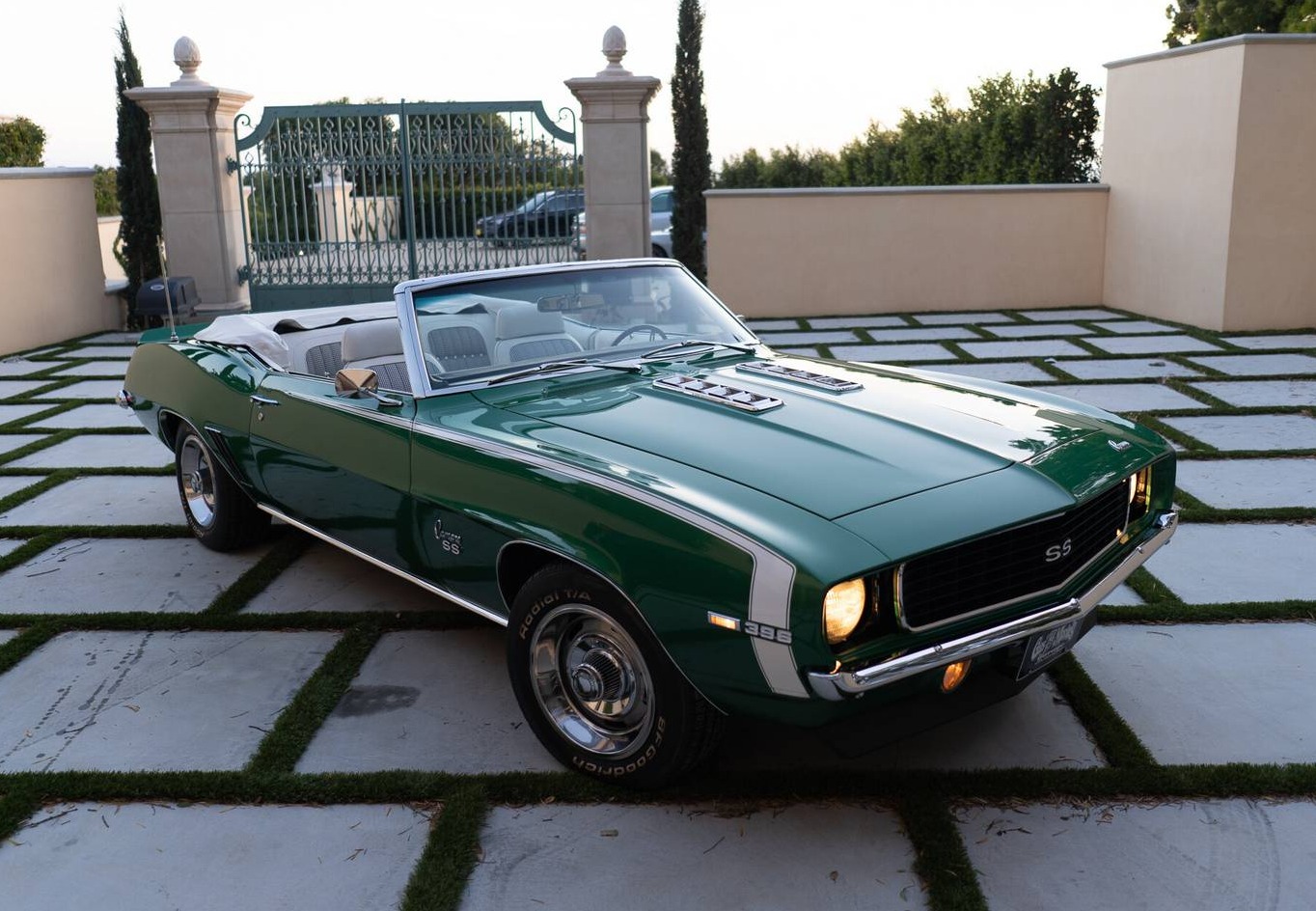 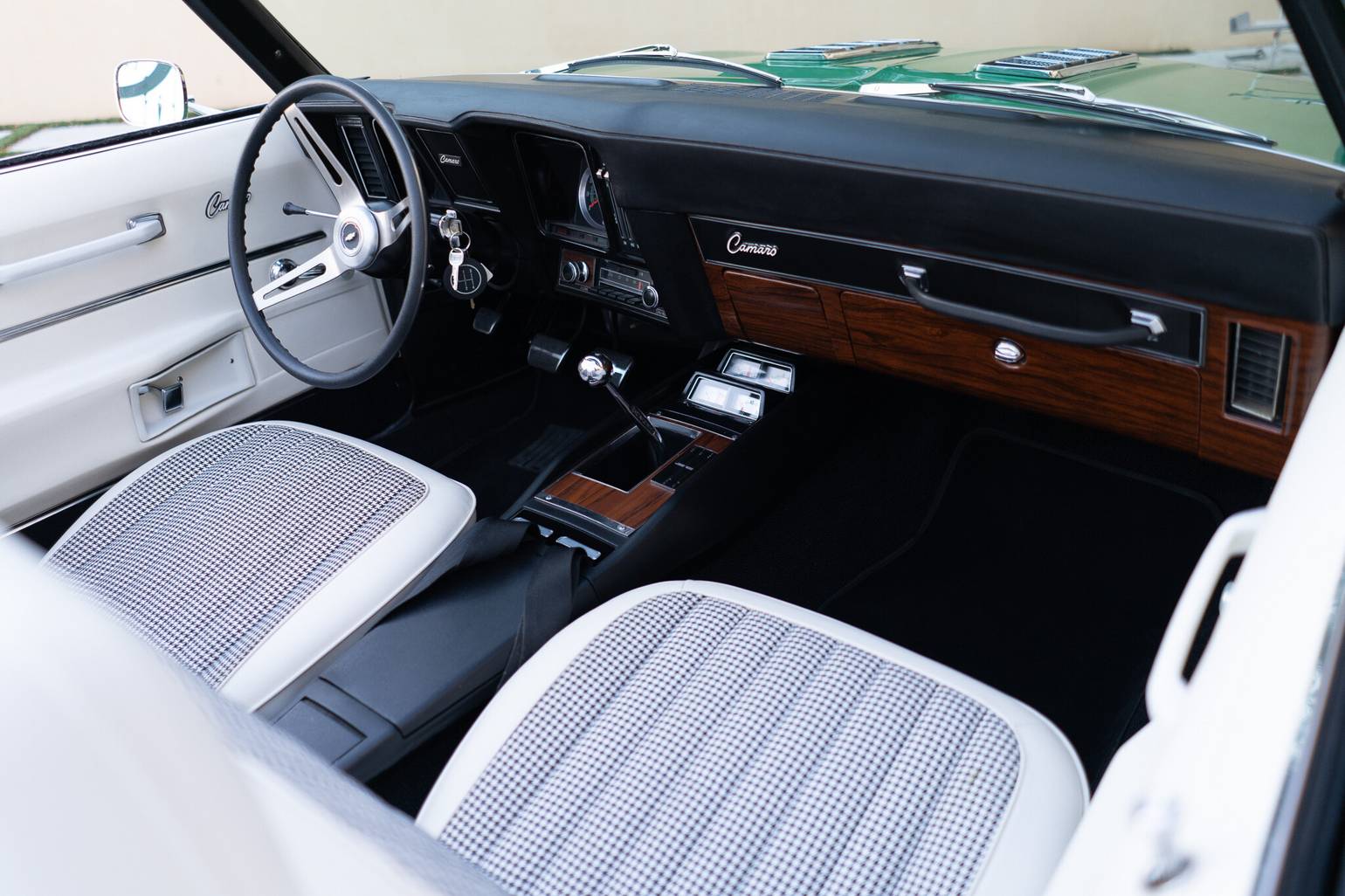 Looking great in Rally Green paint over handsome optional white houndstooth upholstery, this 1969 Chevrolet Camaro RS/SS Convertible features power via the 375hp, RPO L78 396ci “big-block” V8 engine and 4-speed manual transmission. The seller’s online photos depict the car’s beautiful condition very nicely and according to them, the Camaro was once driven by “Fast and Loud” personality and Gas Monkey Garage co-founder Richard Rawlings, who gave it his stamp of approval as the nicest driving Camaro he’s ever driven. 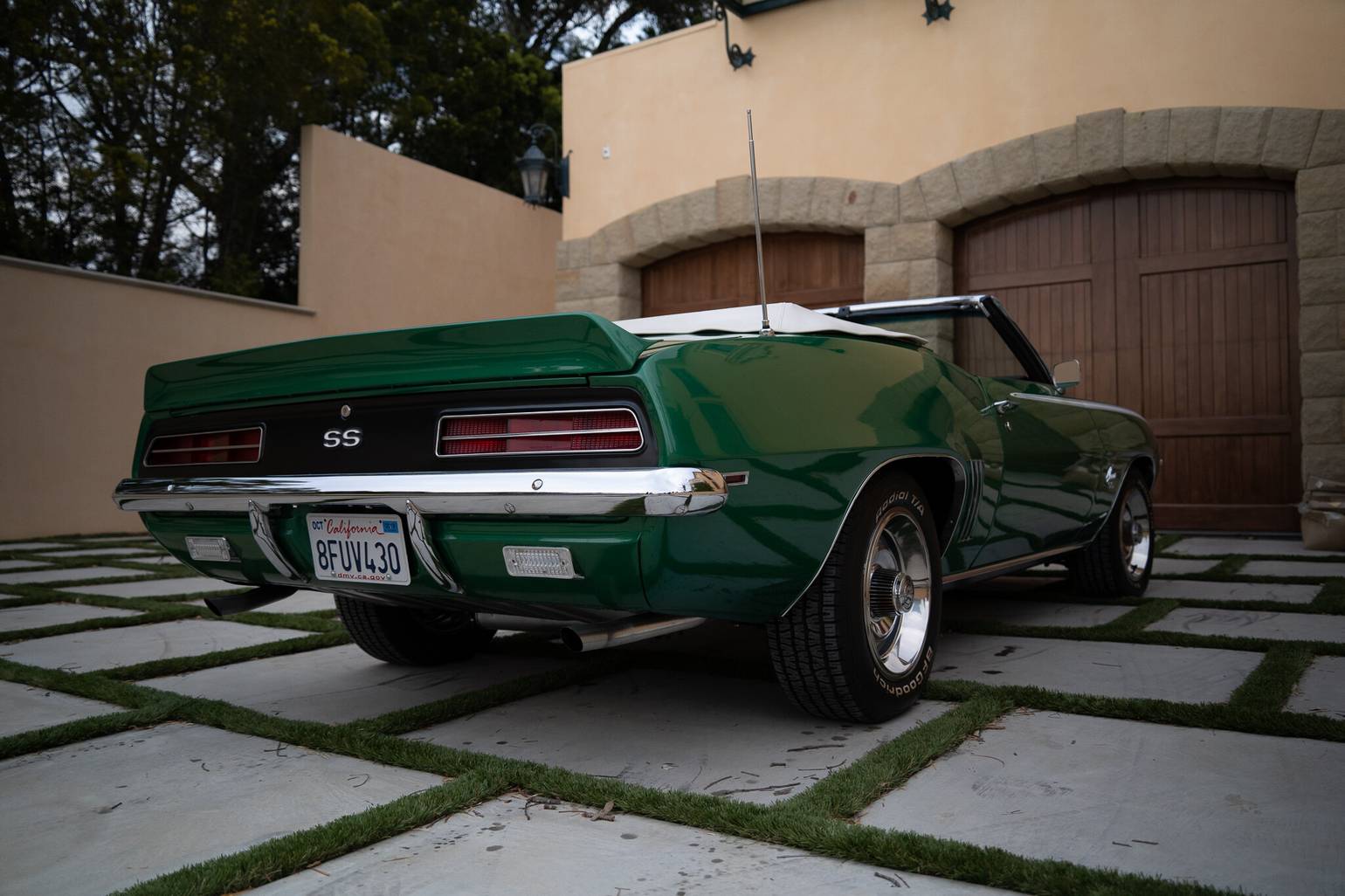 With its convertible body style and RS/SS option combination, plus its rip-roaring RPO L78 396ci V8 engine and 4-speed power combo, this 1969 Camaro features many of the most sought-after factory options, and it’s a prime muscle car that will always enjoy a healthy market. Reliable sources place RPO L78 SS production at just 4,889 Camaros of both body styles for 1969, and according to Hagerty’s price guide, they should bring $68,700 in #2 excellent form and $86,700 in concours-quality #1 condition, BEFORE the insurer’s 25% premium with the RS package on an SS car, as well as another 20% for the factory 4-speed manual transmission, although we think that’s getting a little optimistic. In any event, we believe our subject car represents ‘Fair Market’ pricing, and anything less could feel fairly ‘Well Bought’.