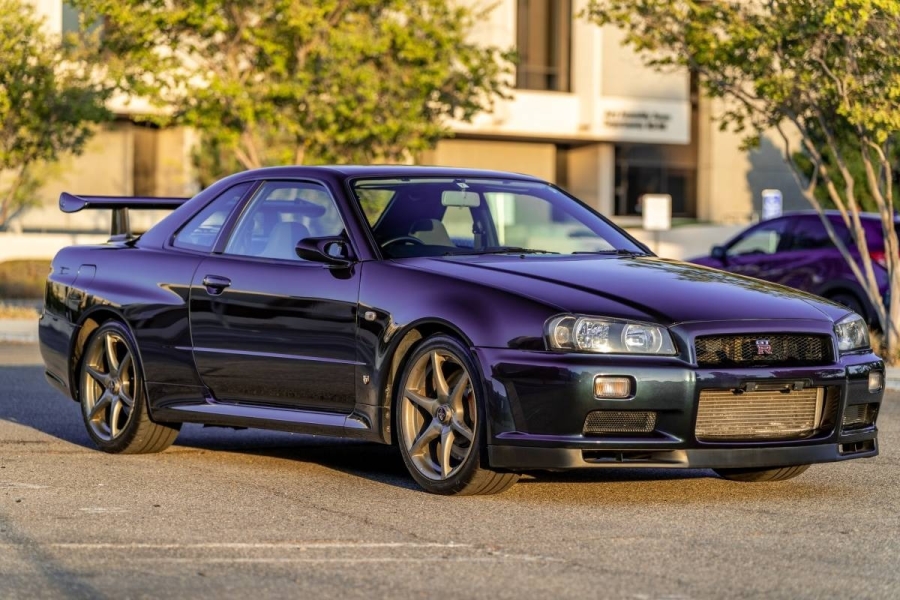 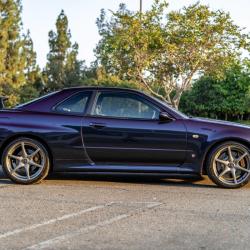 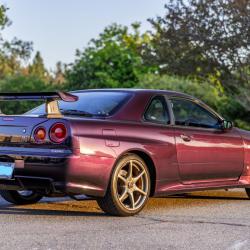 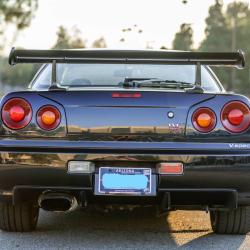 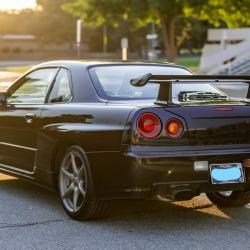 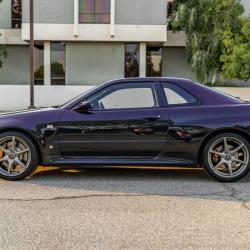 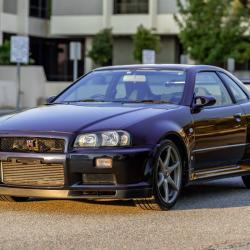 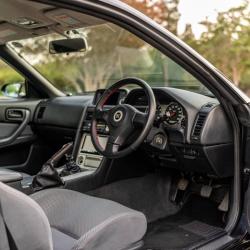 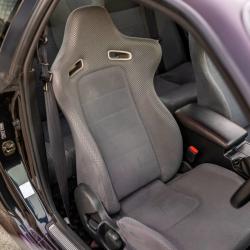 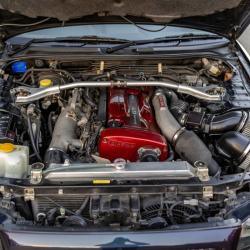 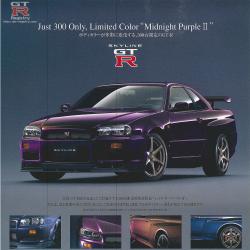 One of the world’s most victorious automotive nameplates on the track since inception, Nissan’s Skyline GT-R was once relatively obscure. However, thanks to intense interest from owners and enthusiasts, many of them fueled by the cult classic Initial D anime franchise, the Skyline is likely best known today as “Godzilla” by virtue of its all-out performance and outrageous fire-spitting exhaust. 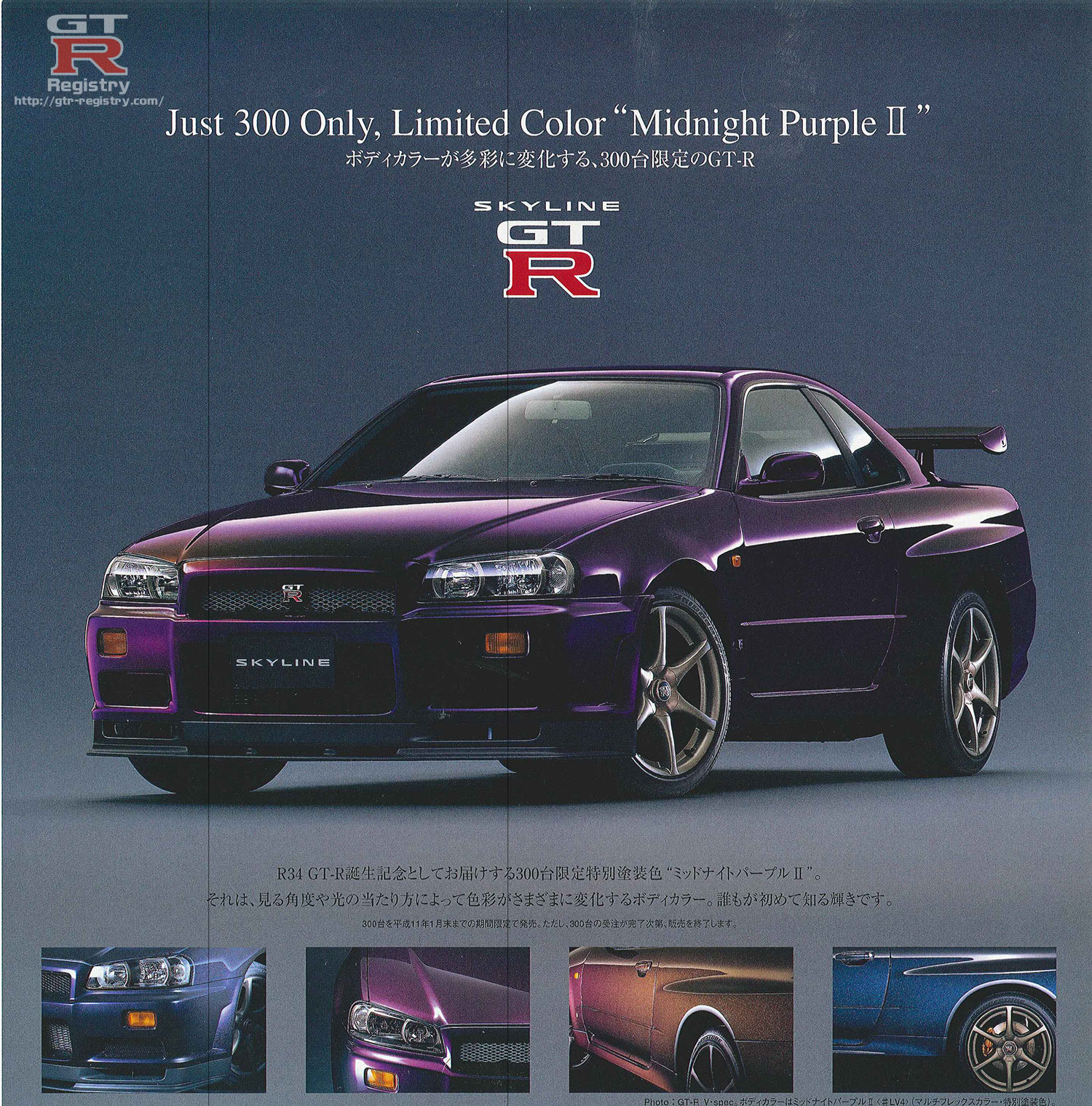 The R32 Skyline GT-R generation of the 1990s struck an especially strong chord, with its purposeful looks and wild, cutting-edge technical package, heightened with its successor, the R34. Among those functional features were the twin-turbocharged 2.6-liter RB26DETT inline six-cylinder powerplant, mated to a six-speed manual transmission and an ATTESA all-wheel-drive system with a limited-slip rear differential. Despite the infamous “Gentlemen’s Agreement” among Japanese manufacturers limiting horsepower, the R32 GT-R flouted the rules with well over 300 horses in stock form. Other performance-maximizing features include Super HICAS rear steering, Brembo disc brakes, 18-inch wheels, and a factory aero package. 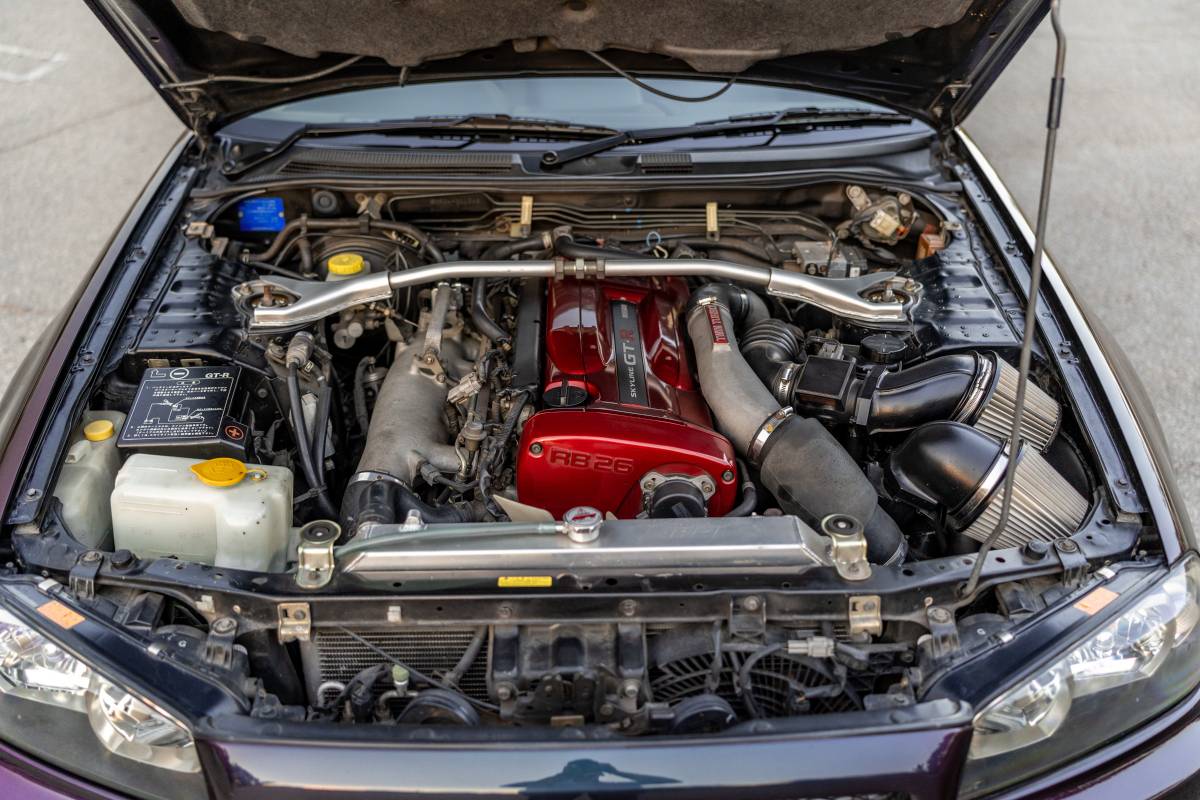 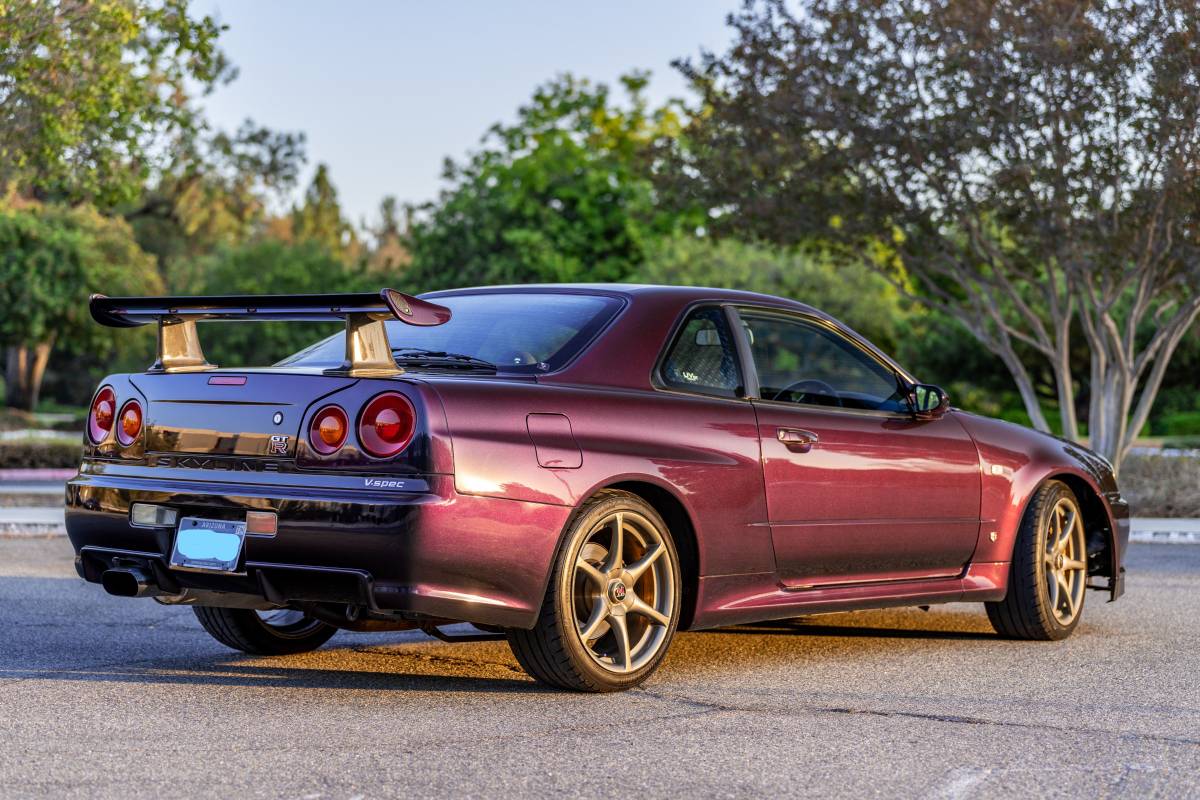 The V-Spec (Victory Specification) package celebrated Nissan’s successes in FIA ‘Group A’ and ‘Group N’ racing, initially with the R32 Skyline GT-R generation and continued with the R34. This R34 is one of 4,194 examples to receive V-Spec equipment and just 282 of them are reported to have been finished in captivating Midnight Purple II (LV4) paint. Some additional non-factory upgrades were added during the mighty Nissan’s lifetime to date. Most recently in early 2022, the GT-R was purchased and imported by the current owner.

A rock star among JDM (Japanese Domestic Market) racing-homologation legends, the R34 Nissan Skyline GT-R is a true icon today with legions of fans and a select roster of marque specialists in the United States to service them. Offered for auction by Bring a Trailer but thankfully withdrawn by them during August 2022 for apparent shill bidding by the seller or an associate, this V-Spec GT-R drew interest and technical questions and comments that would bring tears to the eyes of the equally demanding and detail-oriented classic VW crowd. But seriously, if you’re at all interested in this car, we suggest you delve into the expert comments to see what unanswered questions need to be resolved by the seller.

Currently advertised on at a $400k asking price, the car is accompanied by EPA “Show or Display” papers, but its road use is consequently limited to the extreme. However, there are more than a few hardcore aficionados with the necessary funds burning holes in their pockets to acquire something like this, although the seller’s asking price seems high in today’s market, compelling us to chalk this one up to ‘That’s Steep’ status with so few comparable sales for such an outrageously equipped factory supercar with more than a few unknowns.