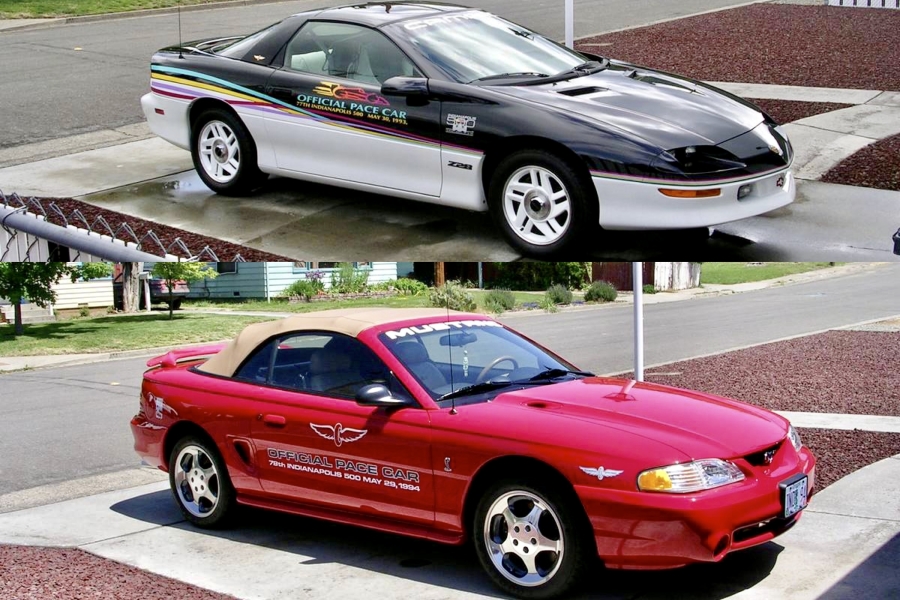 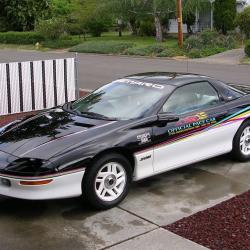 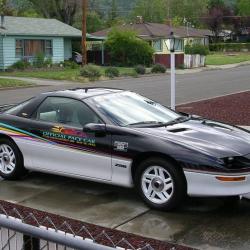 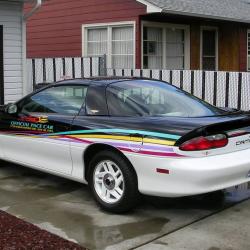 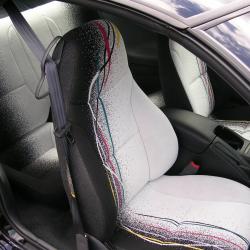 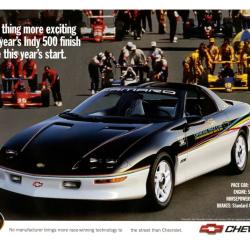 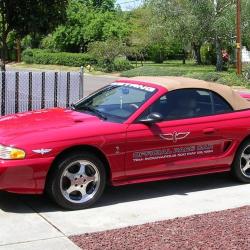 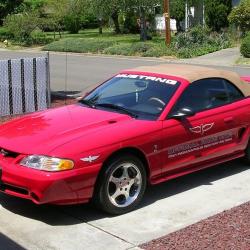 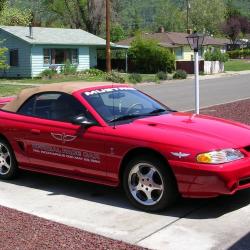 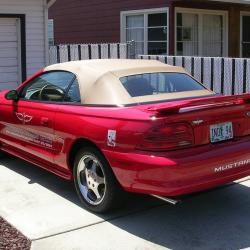 From launch, Ford’s ultra-successful Mustang and Chevrolet’s Camaro duked it out on the showroom floor and on the racetrack in a neck-and-neck battle that continues today. The late-1980s and early-1990s witnessed a war not seen since 1970 between the two pony cars and as the proud buyer of a brand-new and businesslike 1988 Ford Mustang 5.0 LX hatchback in late 1987, this Zereo260 contributor enjoyed the ‘Second Muscle Car Era’ directly, with many war stories to tell today. Continuous development yielded the 275hp LT1 Z/28 Camaro by 1993 and the engineering wizards at Ford’s SVT (Special Vehicle Team) unleashed the hot 1993-‘94 Mustang SVT Cobra, complete with ‘GT40’ cylinder heads nearly in lockstep with their crosstown archrivals. 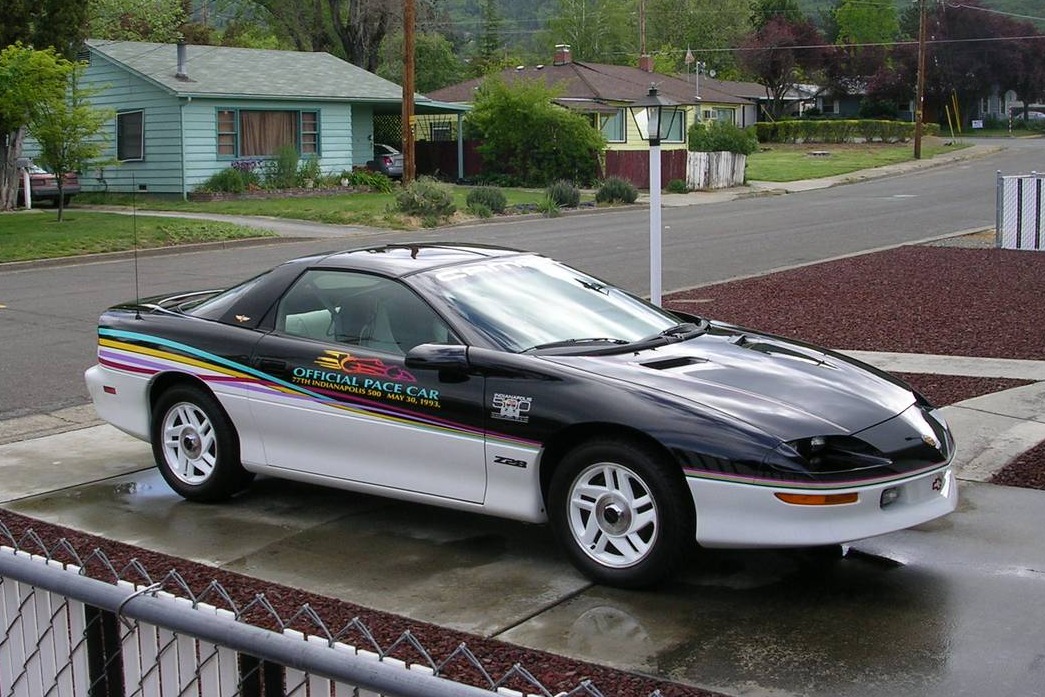 Sporting 240 factory-rated horses, the first SVT Cobra was a revelation with its 5.8L V8 engine and well-tuned suspension. The 275hp Z/28 offered somewhat higher performance numbers and upped the early-1990s horsepower race. While those power ratings might sound quaint and somewhat humble today, consider how few of today’s drivers have approached 150mph flat out in one of these cars, with serious power, response, and handling to match. Jim Perkins, Chevrolet General Manager, drove the 1993 Indy Pace Car Z/28 and former Indy 500 Champion Parnelli Jones piloted the Mustang at the Brickyard for 1994. Notably, neither car required modifications to handle Pace Car duties, other than the understandable safety equipment. 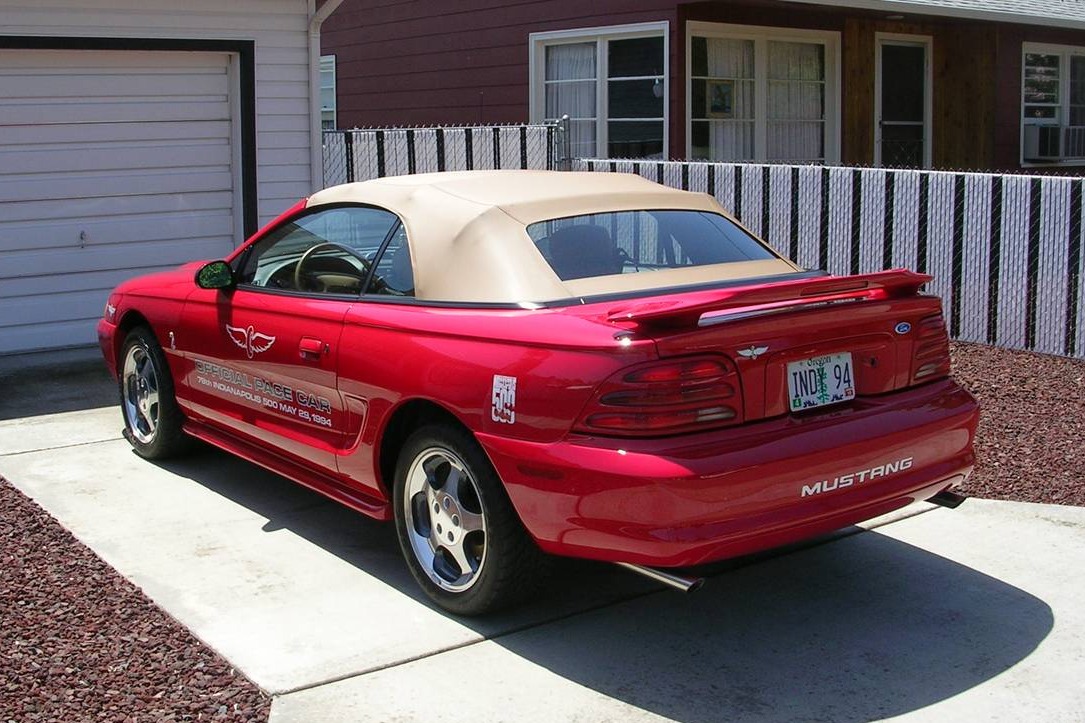 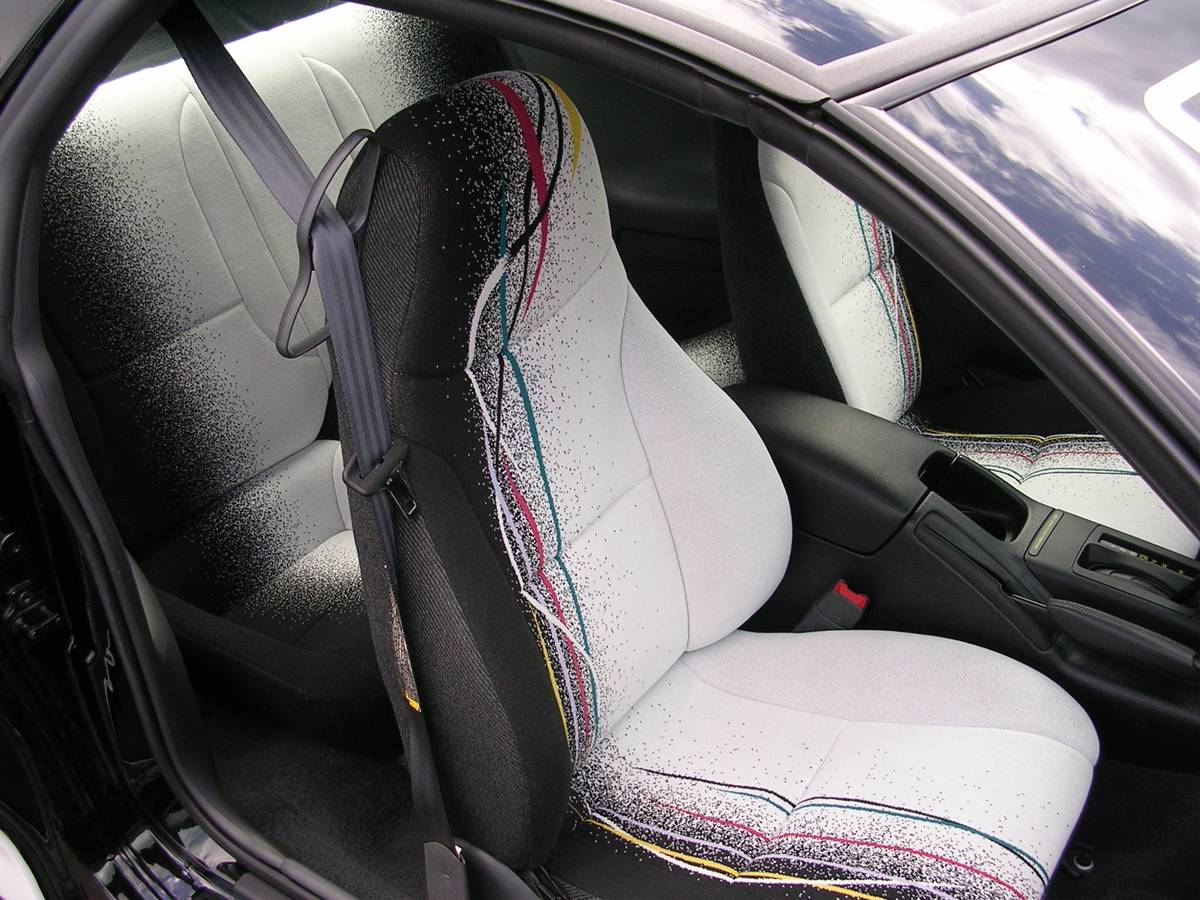 This unusual 1993/1994 Indianapolis 500 Pace Car Edition offering includes a “1 of 645” 1993 Chevrolet Camaro Z/28 (with quite possibly the best interior of any car ever) and “1 of 1,000” 1994 Ford Mustang SVT Cobra Convertible, fit for any collector today who owned or lusted after these very credible American performers when they were new. According to the Seller, the Camaro is Car #557 of the 645 made and has less than 5k miles. The Mustang is reportedly Car #755 of the 1,000 produced and shows less than 5k miles as well. Both look fabulous in the online photos posted, consistent with their low seller-stated mileage.