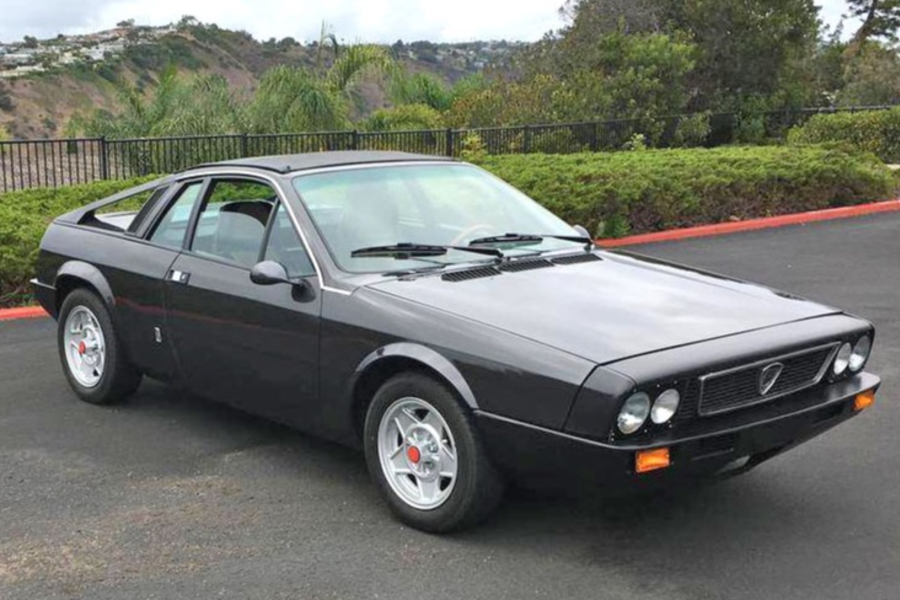 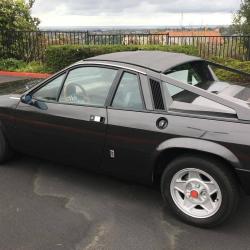 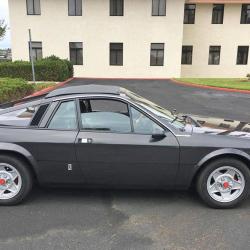 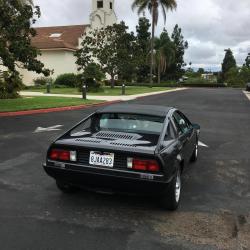 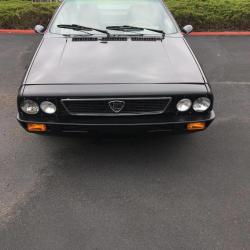 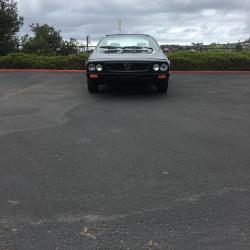 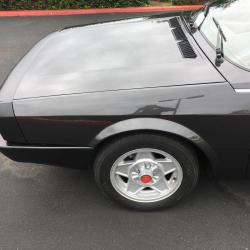 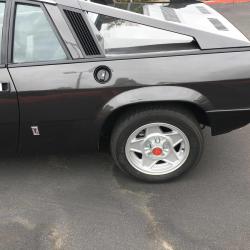 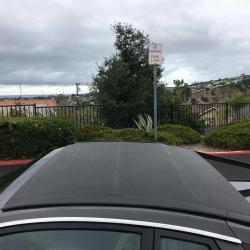 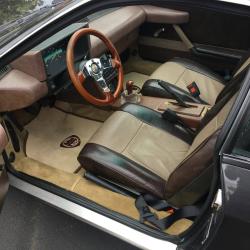 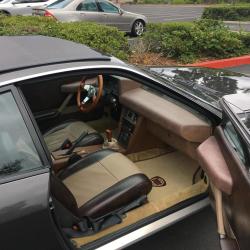 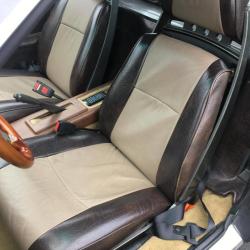 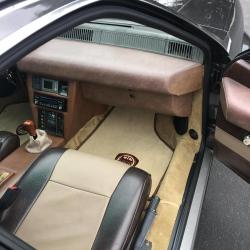 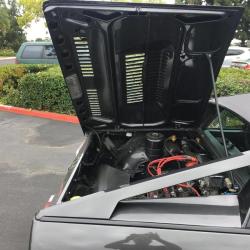 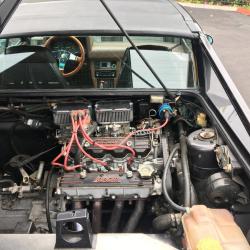 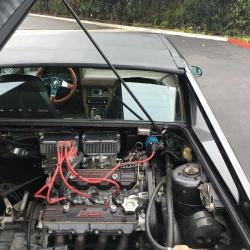 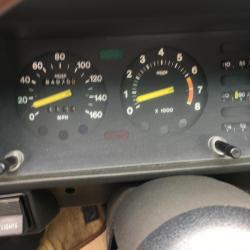 It was born the Lancia Montecarlo in 1974, a sporting, mid-engine, two-seat Italian car styled by Pininfarina, and by ‘76 and ’77, they were being imported to the USA as the Scorpion to avoid any intellectual property infringement conversations with Chevrolet and General Motors over the Monte Carlo name, even though Lancia spelled it as one word. The engine only produces 81hp, but it revs freely and produces a fair amount of torque, and the lightweight nature of the Scorpion allows it to move well, although some critics say they handle like a slot car. Only 1,396 were made in 1976 and this one seems to be well kept and all there. 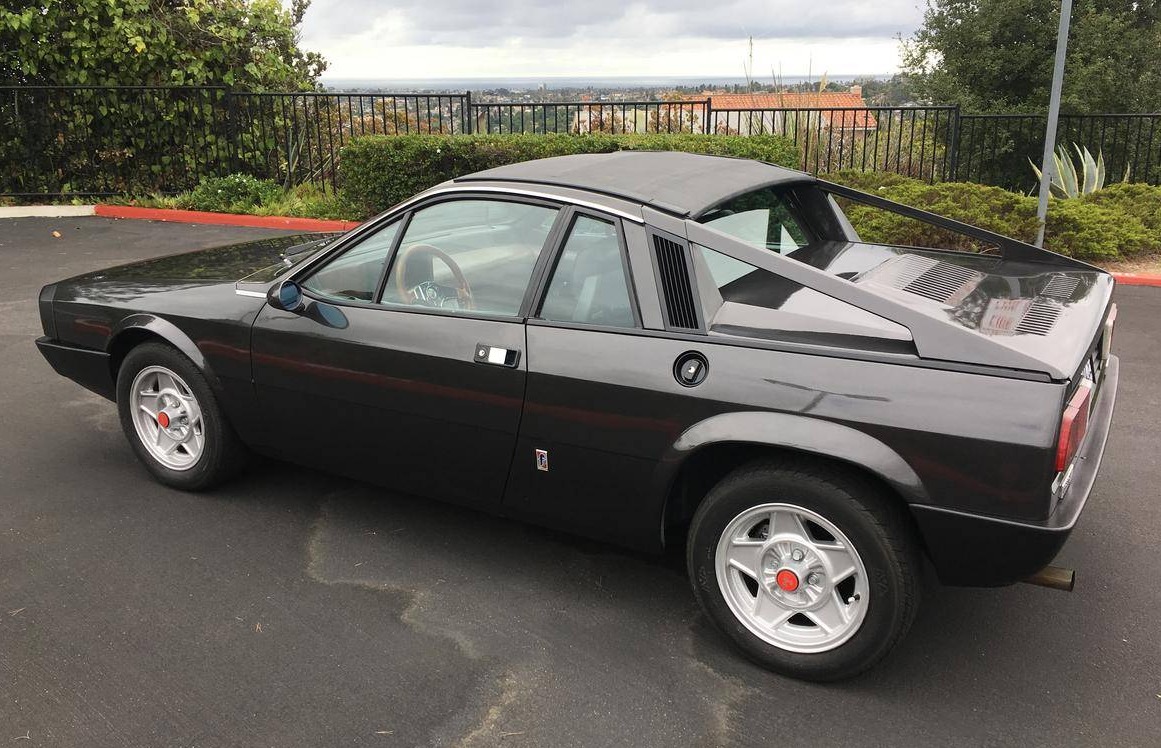 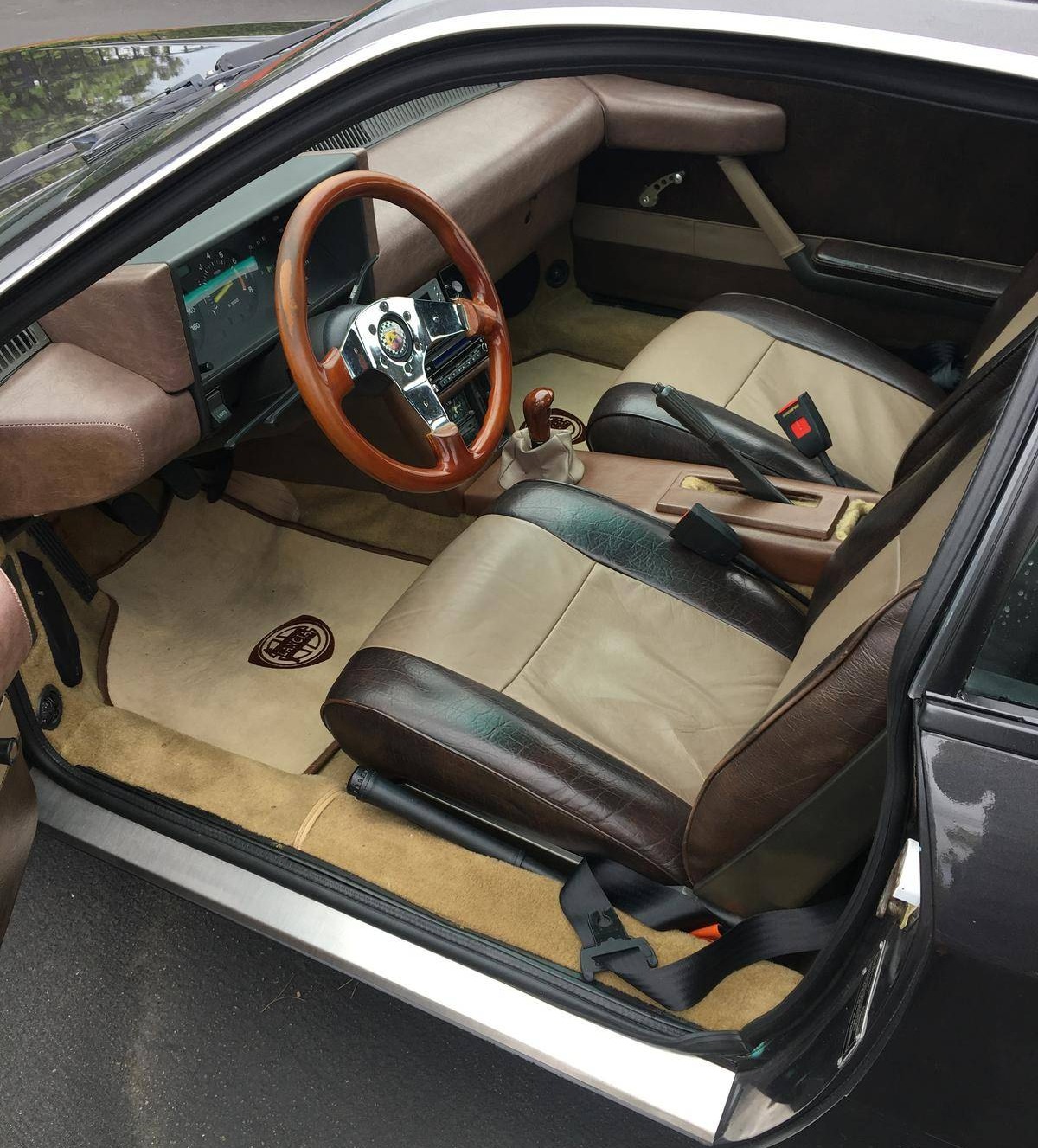 Repainted in the classic Aston Martin color of Titanium Silver with a two-stage DuPont paint, the glass was fortunately removed prior to refinishing. While the plastic front valance isn’t aligned with the hood and fenders, the seller states this is a common Scorpion problem – could it be corrected with some time and engineering? Probably. It rolls on sporty 5-spoke Cromodora wheels and the seller has opened up the rear buttresses to mimic the 1977 design specification, which we think looks great. By the looks of it, this one appears to be well kept and loved – the dash looks fabulous, the gauges are nice, the upholstery looks new, the paint is sharp, the body looks well-tended. Plus, it’s a Spider, meaning it’s got a manual soft Targa-style top that rolls back, lending itself to open-top motoring. Like so many Italian cars of this era, Lancia Scorpions loved to rust early, so it’s always good to have a look at them on a rack to see how the chassis and undercarriage are doing. But they’re a hoot to drive, with the 1800cc 4-cylinder engine being known for robustness and a nice, linear rev. We’d love to open the top and zip through a canyon on the way to the beach in this little car! 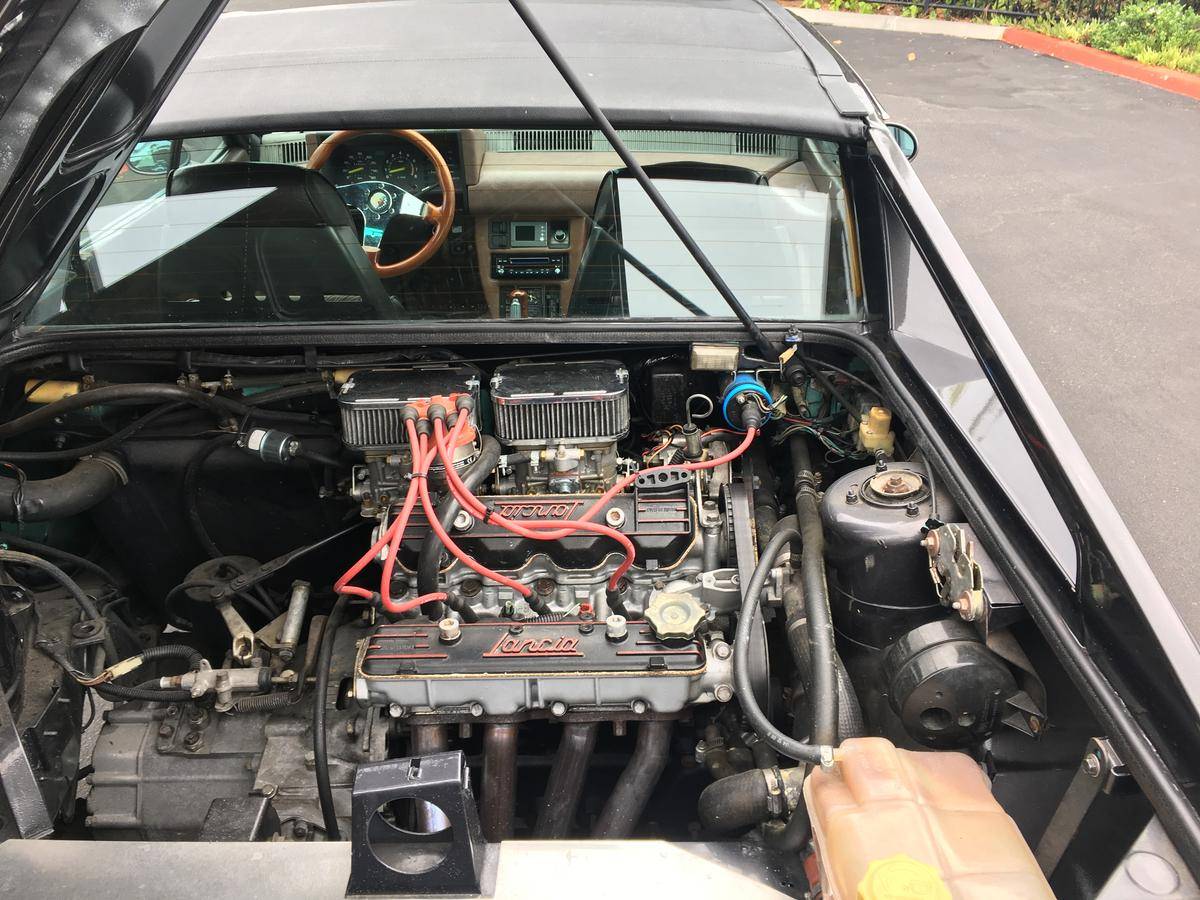 While it’s easy to simply say “Fair Market” and call it a day, it’s hard to evaluate any Scorpion. First off, there aren’t many to compare to, but second off, those that are out there are often heavily modified. So, it’s hard to examine what’s important and what’s not and say it’s worth it or not, or expensive or a deal, but Hagerty pins a #3 Scorpion at $12k and a #2 at $17,700. Using basic car instinct – this one seems to be at a sweet price point for the overall stated condition by the pictures and the post. It presents nicely, seems to have been well cared for, and based on all this, we feel good calling it fair market.

darkleaf999
That 160 mph speedo is very optimistic. Cool car though. Looks like a lot of fun, until you have to get it smogged...
9 days