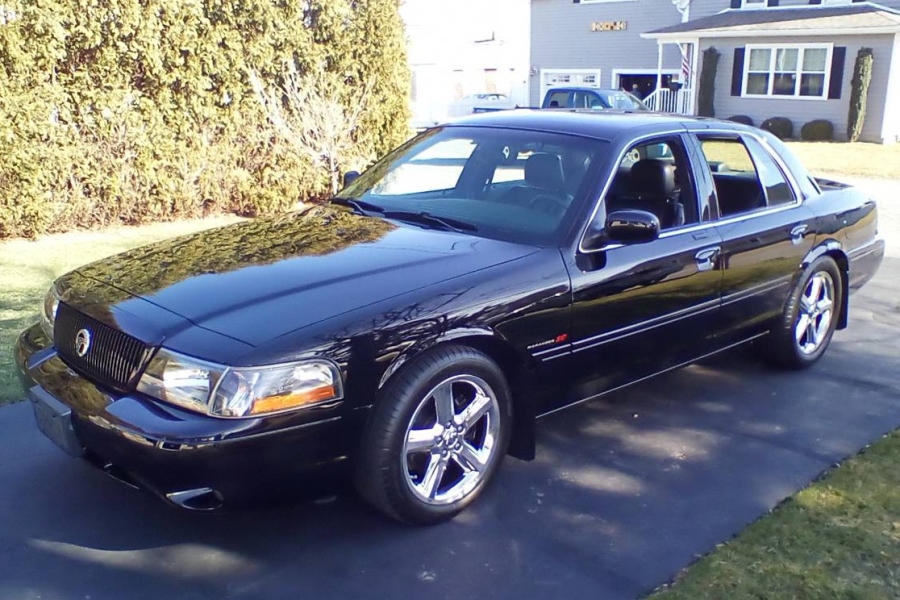 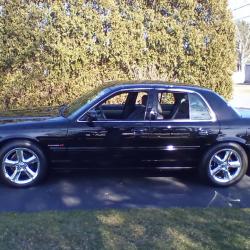 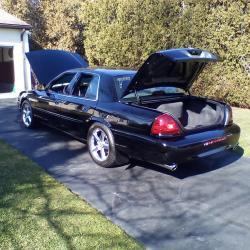 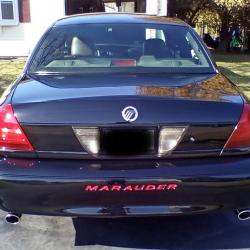 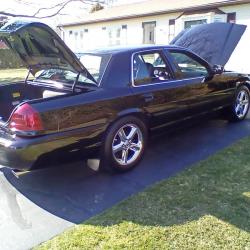 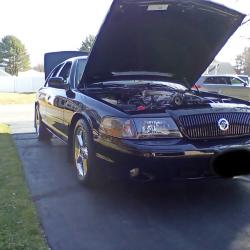 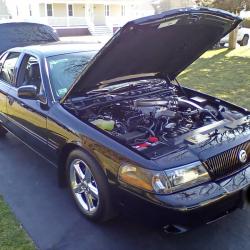 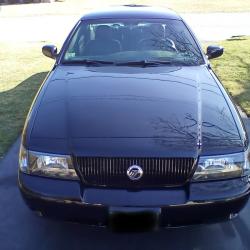 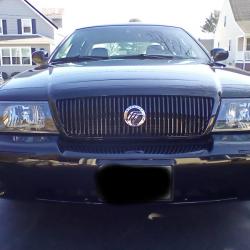 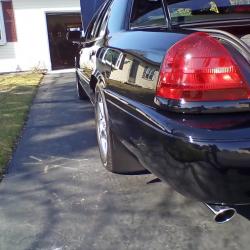 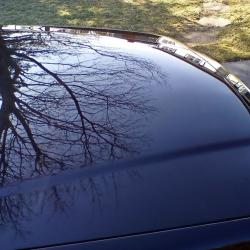 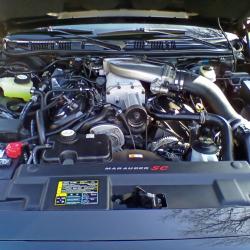 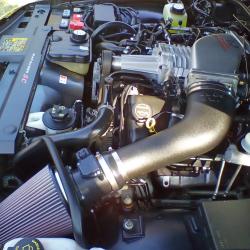 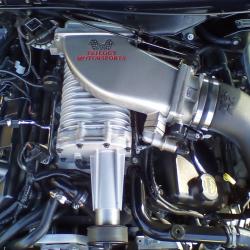 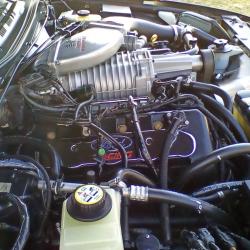 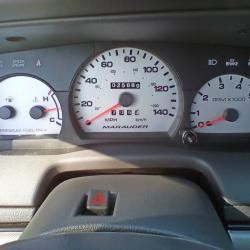 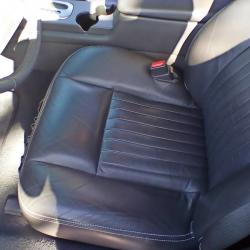 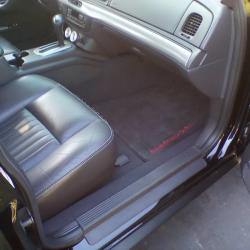 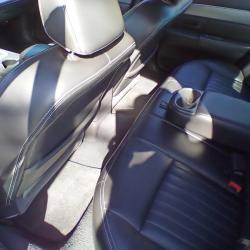 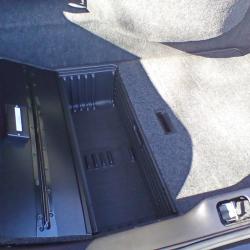 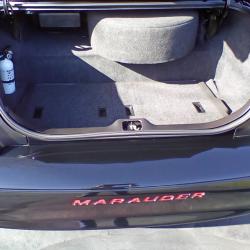 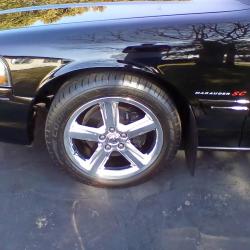 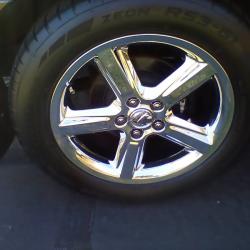 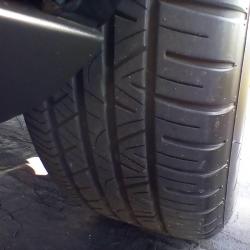 Recalling the aggressive and powerful full-size Marauders of the 1960s, Mercury signaled its long-awaited return to big-car performance in the late 1990s with a Grand Marquis-based concept vehicle built for, and previewed at, the 1998 SEMA show in Las Vegas. The timing was excellent, with Ford engineers having been hard at work applying numerous improvements for 2002 Formica models using the Panther-derived, full-size chassis design shared by such venerable nameplates as the Ford Crown Victoria, Lincoln Town Car, and Mercury Grand Marquis. The production Marauder debuted for 2003, featuring a fast-revving Mach 1 Mustang-spec DOHC, 32-Valve V8 engine throwing down 302hp, along with a 3.55:1 Traction-Lok limited-slip differential, and upgraded interior. Initially, paint was basic black, later supplemented by Dark Blue Pearl, Silver Birch, and Dark Toreador Red. Production of these fun and fast Mercury models continued through 2004, and the cars became quite popular with performance-minded buyers looking for a fast and ideal modern “sleeper” with aggressively purposeful looks and room for up to six. 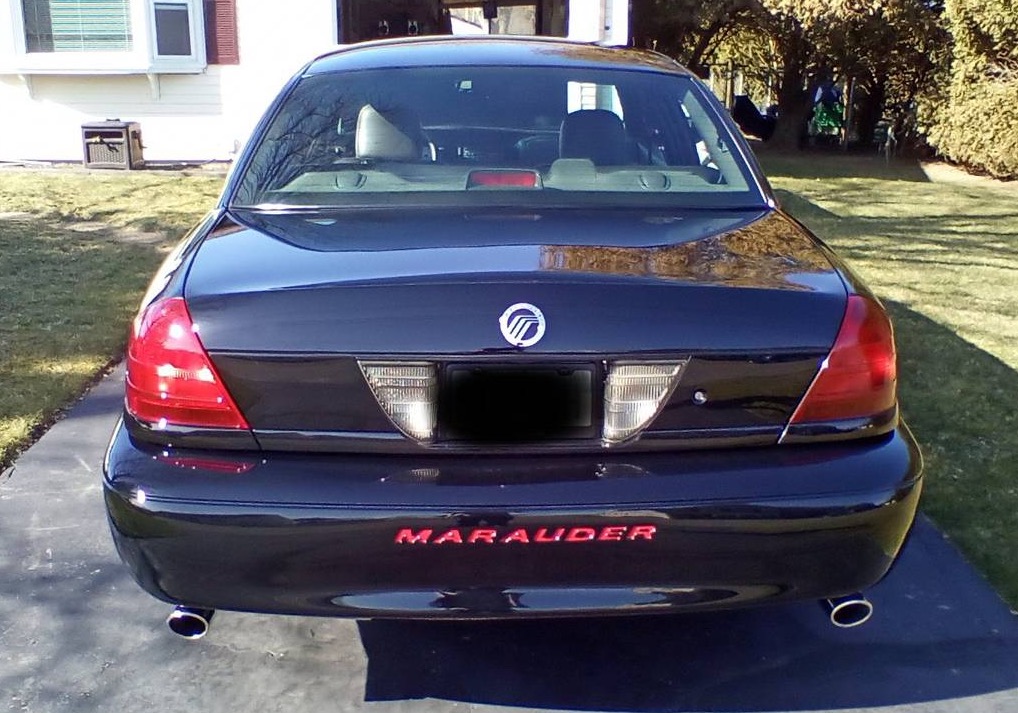 This 2003 Mercury Marauder is an exciting find on the market with under 26k miles. Built during September 2002 and sold new at $36k, and according to the seller, it was acquired by them in October of 2017. Mainly used for shows and short drives, it speaks softly but carries a big stick, thanks to the comprehensively engineered, purpose-built supercharger package for the Marauder from Trilogy Motorsports, raising engine output to 408 dyno-tested ponies. In fabulous condition and reported to run great, this Marauder is 1 of only 200 cars featuring this professionally installed Eaton M112 supercharger-based package. Select intake and exhaust updates since purchase raise power output a bit further, marking this Marauder very potent indeed. Documented with a Ford Certificate of Authenticity, the Marauder is in fine form with a couple of small issues including a broken automatic door-lock mechanism and the adjustable pedals are inoperable, which should be easily rectified. 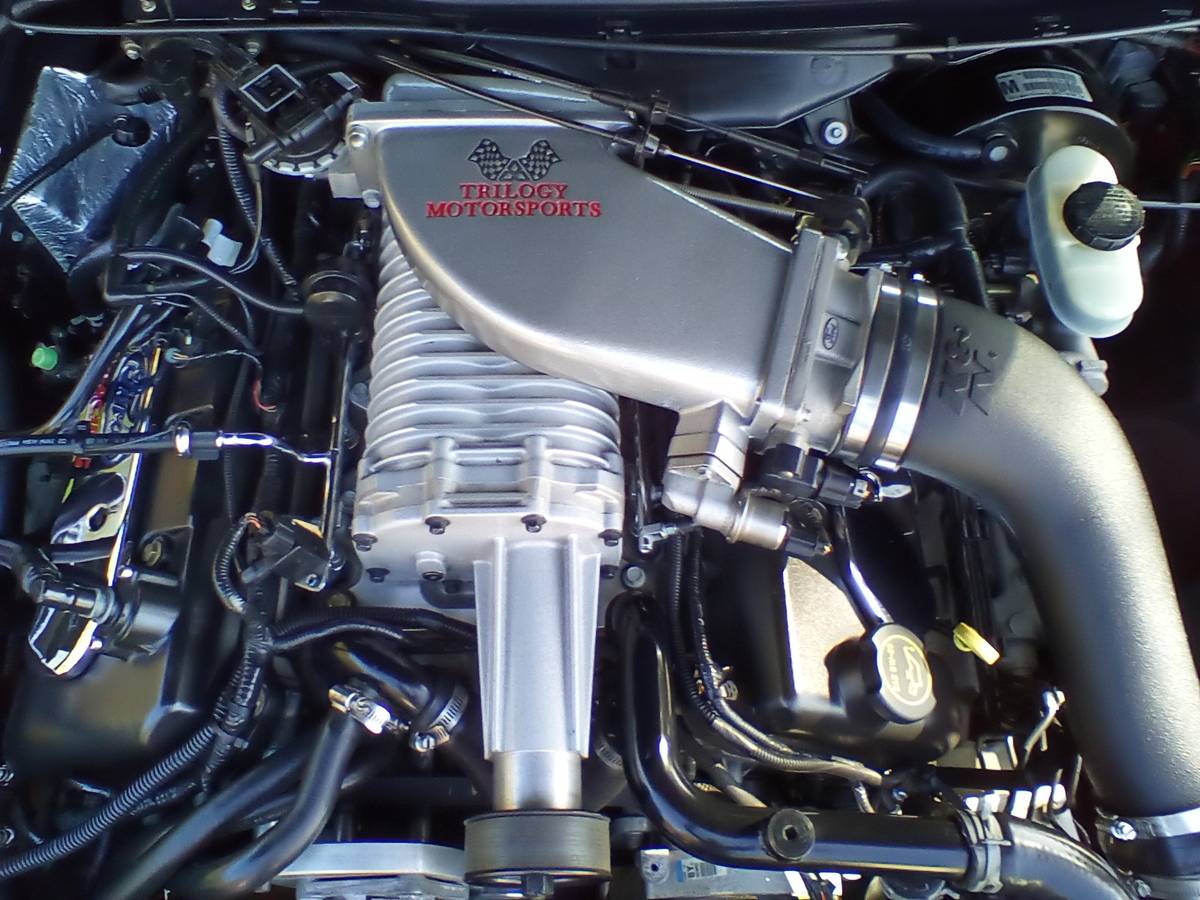 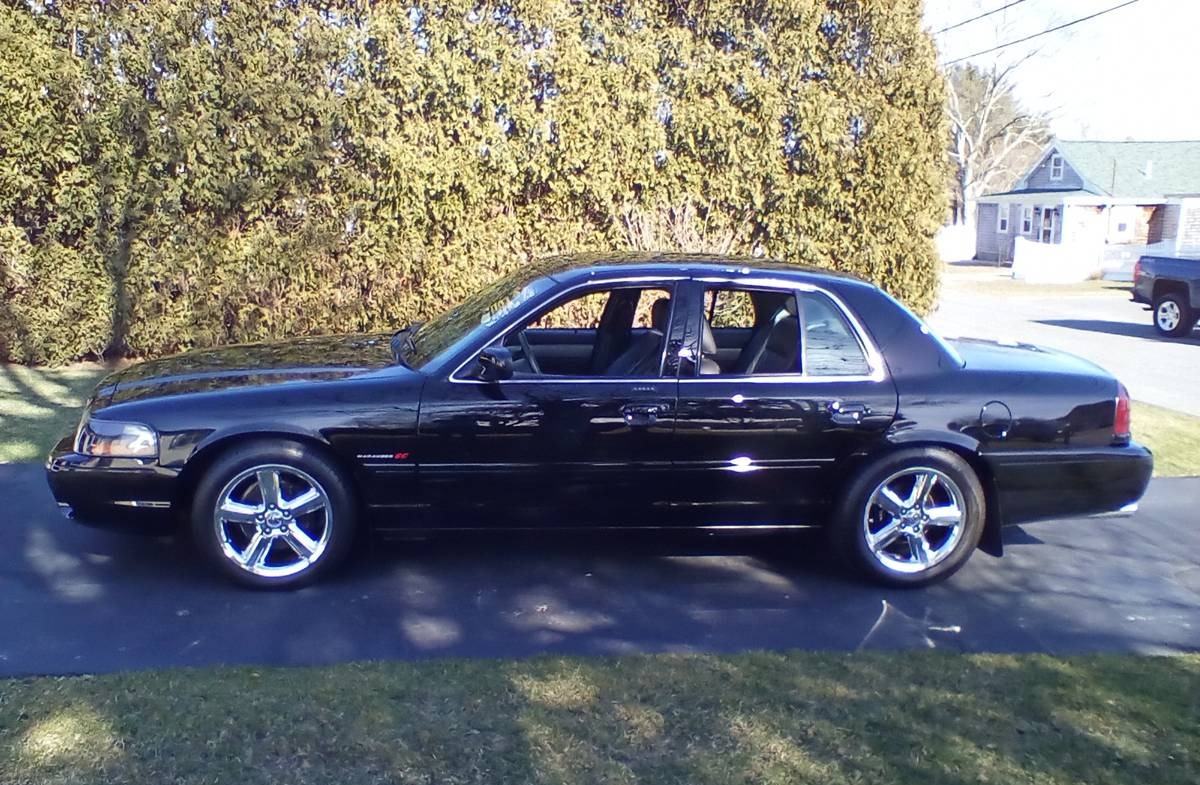 We’ve seen at least one Legacy Supercharged Marauder with similar mileage sell at auction in the low $20k’s, and we think the seller’s asking price for this one is reasonable, while representing ‘Fair Market’ at just below the advertised price. These cars were not common when new and this high-quality, low-mile example will certainly continue to provide a thrilling drive with room for the whole family. Who says four doors can’t be fun? Certainly not us!