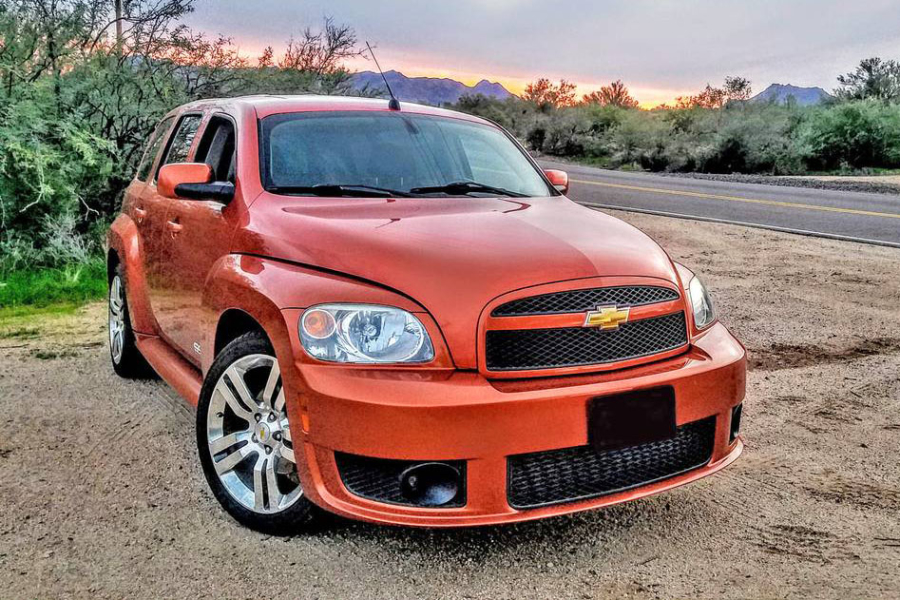 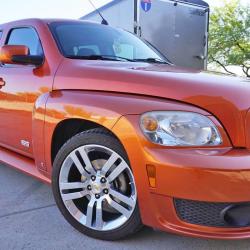 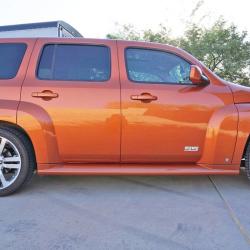 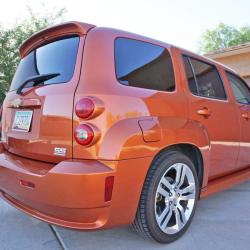 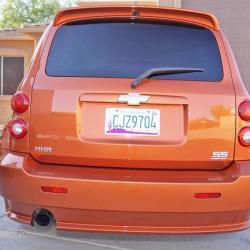 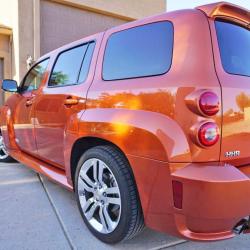 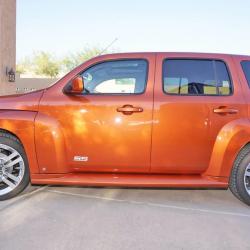 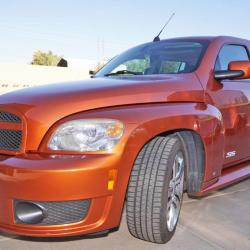 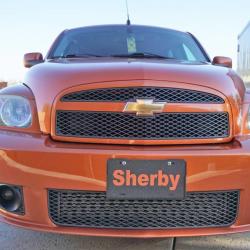 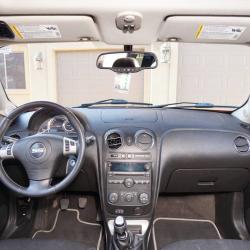 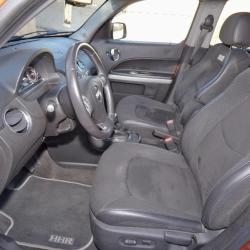 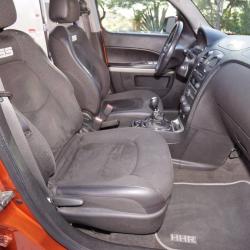 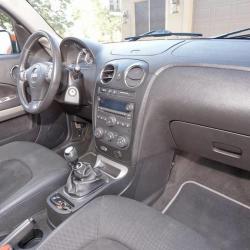 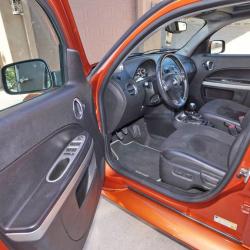 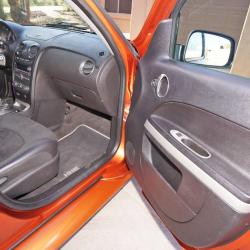 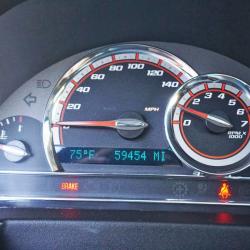 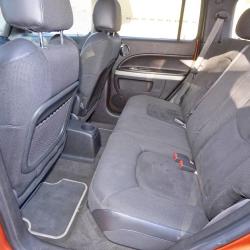 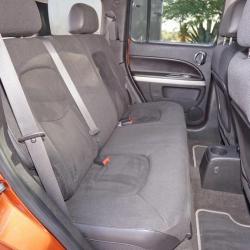 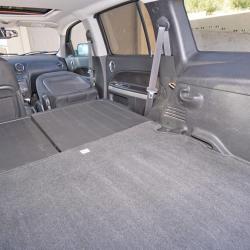 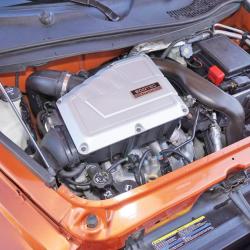 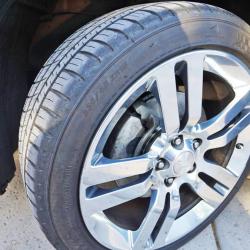 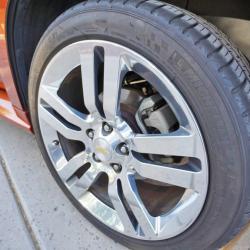 The Heritage High Roof Chevrolet was a fantastic idea – small package, retro styling, fabulously sized, wonderfully styled, reasonably powerful, efficient, comfortable, easy to drive… what more could you want? More power, of course! So, Chevrolet waved the SS magic wand over the HHR and produced the mystical HHR SS, with stiffer suspension, tighter steering and brakes, a styling makeover, revised interior, and a whopping 260hp from a 2.0L turbocharged inline 4-cylinder engine, resulting in a zippy, stylish fun little commuter car. Sadly, the SS badge only graced the HHR from 2008-2010, with an HHR SS Panel Wagon being offered just for 2009. The SS HHR can scoot from 0-60 mph in just over 6-seconds and (with the manual transmission) top out somewhere in the 150-mph neighborhood. It’s a serious performer in its class, and they’re getting more difficult to find as time goes on. 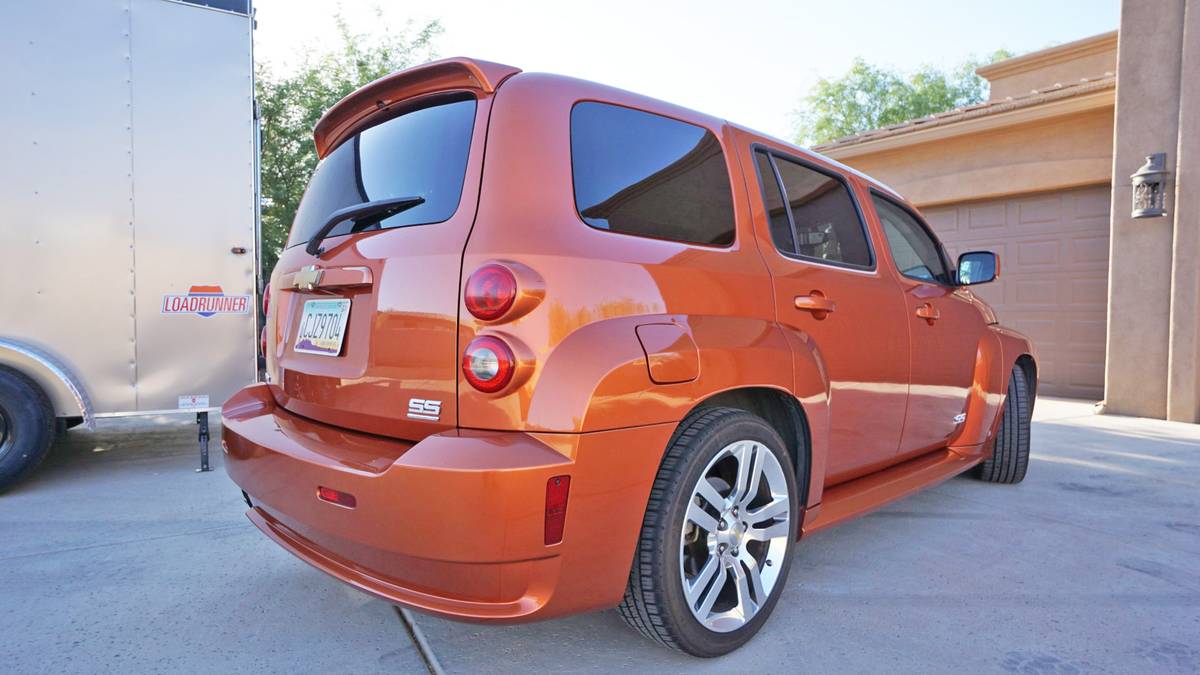 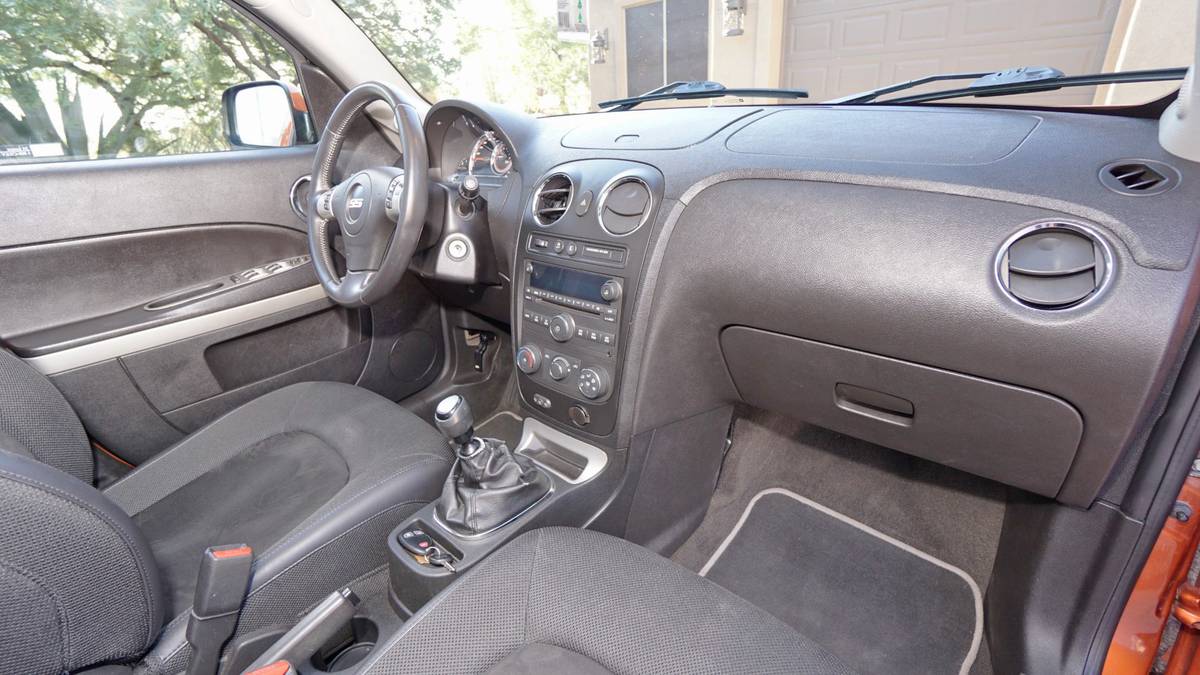 That’s kind of what makes this one so special. Finished in the rare and desirable Sunburst Orange color, the body and paint look to be in fantastic condition, and the mileage is lower than most HHR SSs we’ve seen on the market. It’s rolling on newer looking Michelin rubber and the polished aluminum wheels show no obvious curb rash. By all outward accounts, the SS seems to be in fabulously well-kept shape, and according to the seller, it was originally bought by an 80-year-old lady in California and now resides in Scottsdale, Arizona. The interior is upholstered in the black cloth-microsuede with the requisite SS monikers, and all appears to be in great condition. Equipped with the 5-speed manual transmission, this is the fastest SS of the HHR family, although a weak point for the model is the timing belt tensioner, which was finally perfected for the 2010 model year, thanks to a full redesign by a German company. This SS has thankfully had the new tensioner installed, and a host of other maintenance items have been dealt with, as well. It all adds up to one great specimen of an often forgotten performance car. 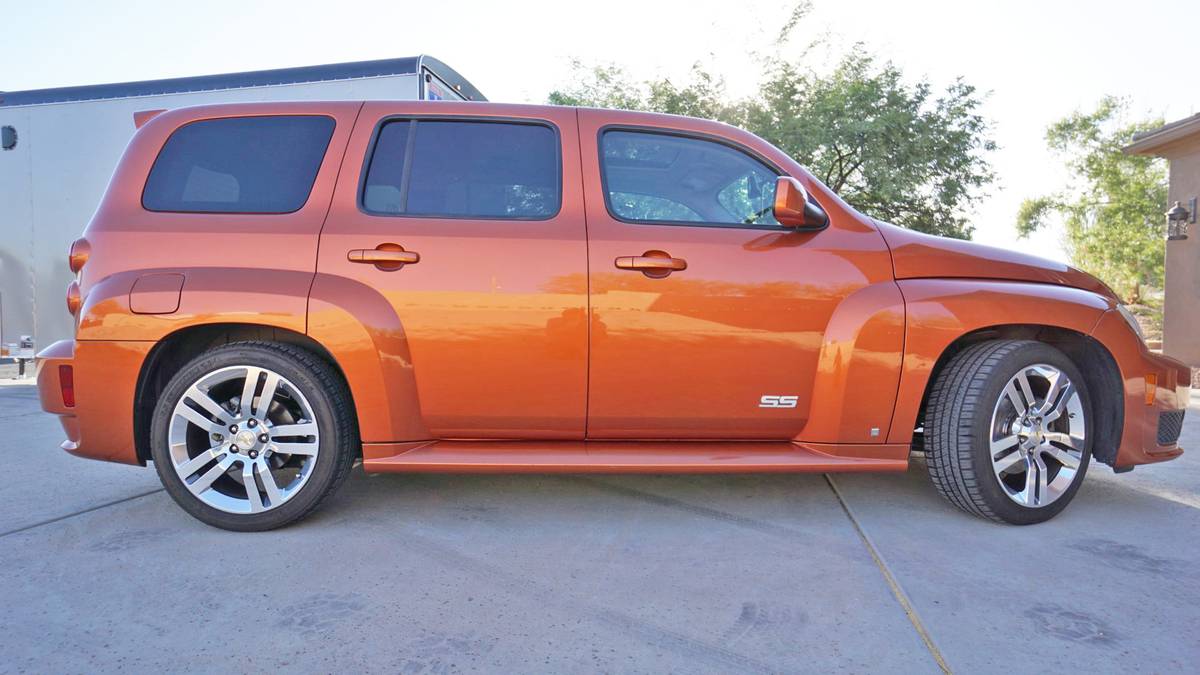 Check out the seller's highly informative review of his HHR SS:

Just about 8,000 HHR SSs were built between 2008 and 2010 (216 of which were panels) and finding one in close to or all-out mint condition is a bit difficult. Not impossible, but difficult. And when they’re found, they are still commanding a fair coin to trade hands, and we can’t see a reason to argue against it. This one, having a few miles on it, a little use, a bit of wear, still shows fabulously well. The color pops, the interior looks terrific, and with the maintenance that’s said to have been bestowed over the SS, we feel it’s ‘Well Bought’.