Most of these are Real Diamonds: 48k-Mile 1990 Ford Bronco Eddie Bauer 4x4 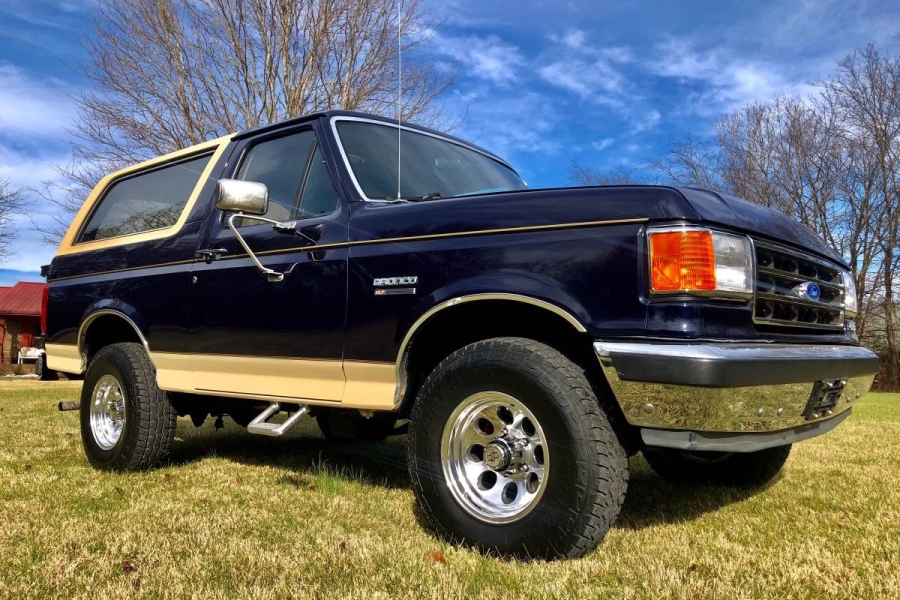 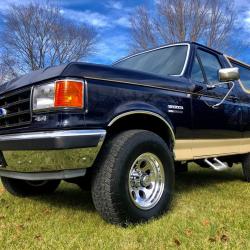 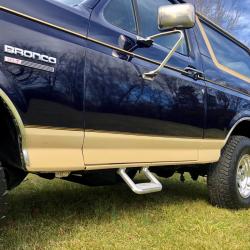 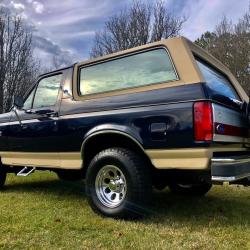 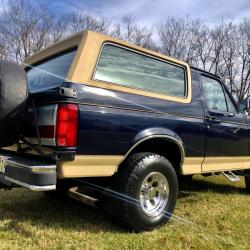 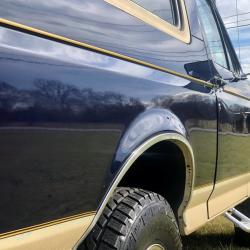 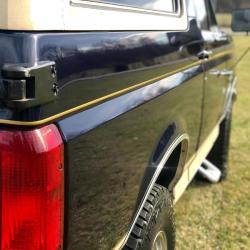 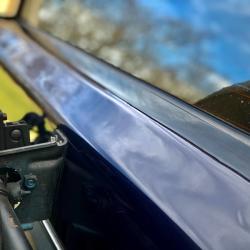 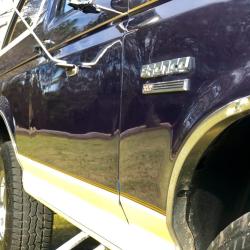 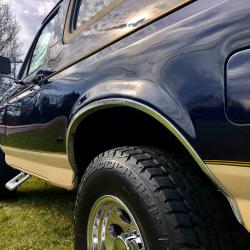 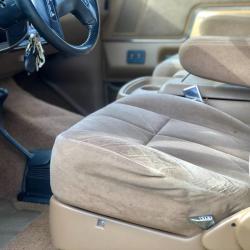 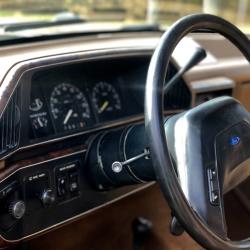 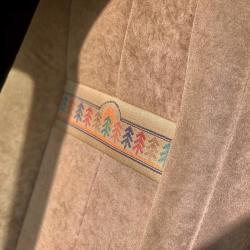 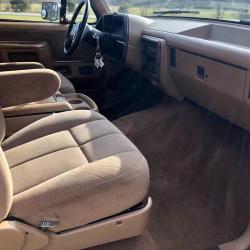 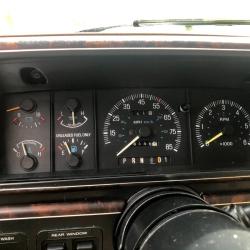 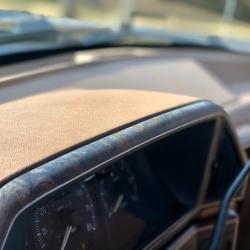 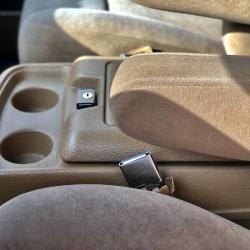 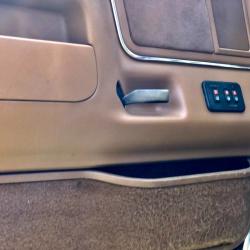 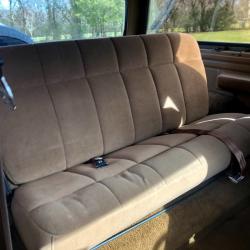 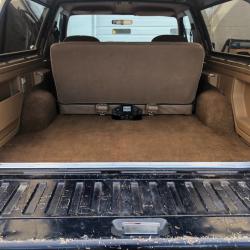 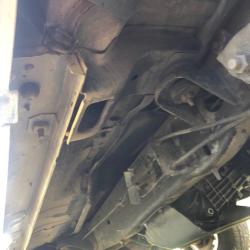 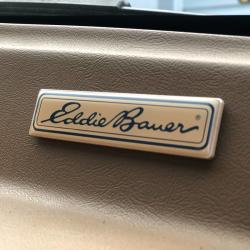 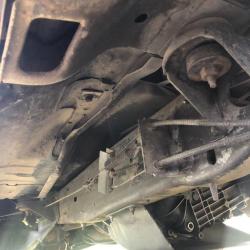 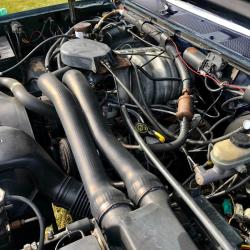 Especially since the announcement of the new Ford Bronco, older versions of the model have seen a surge in selling prices, which is both encouraging and discouraging: if you have one, you’re golden – if not, well, it’s unfavorable. Which is why examples like this one seem so interesting. It looks to be in great condition, with top-notch exterior and interior, and we’d be all over it, given the price, especially with only 48k miles – but is it? 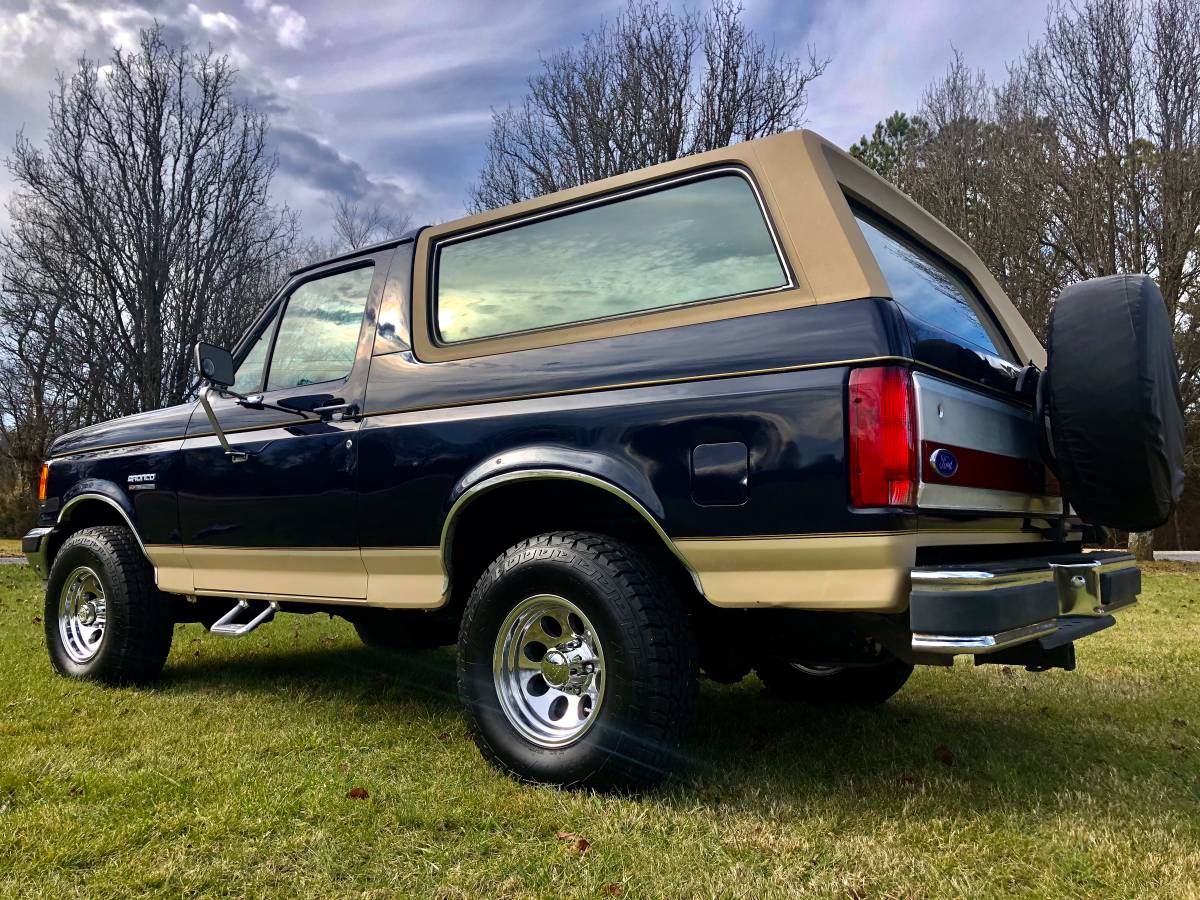 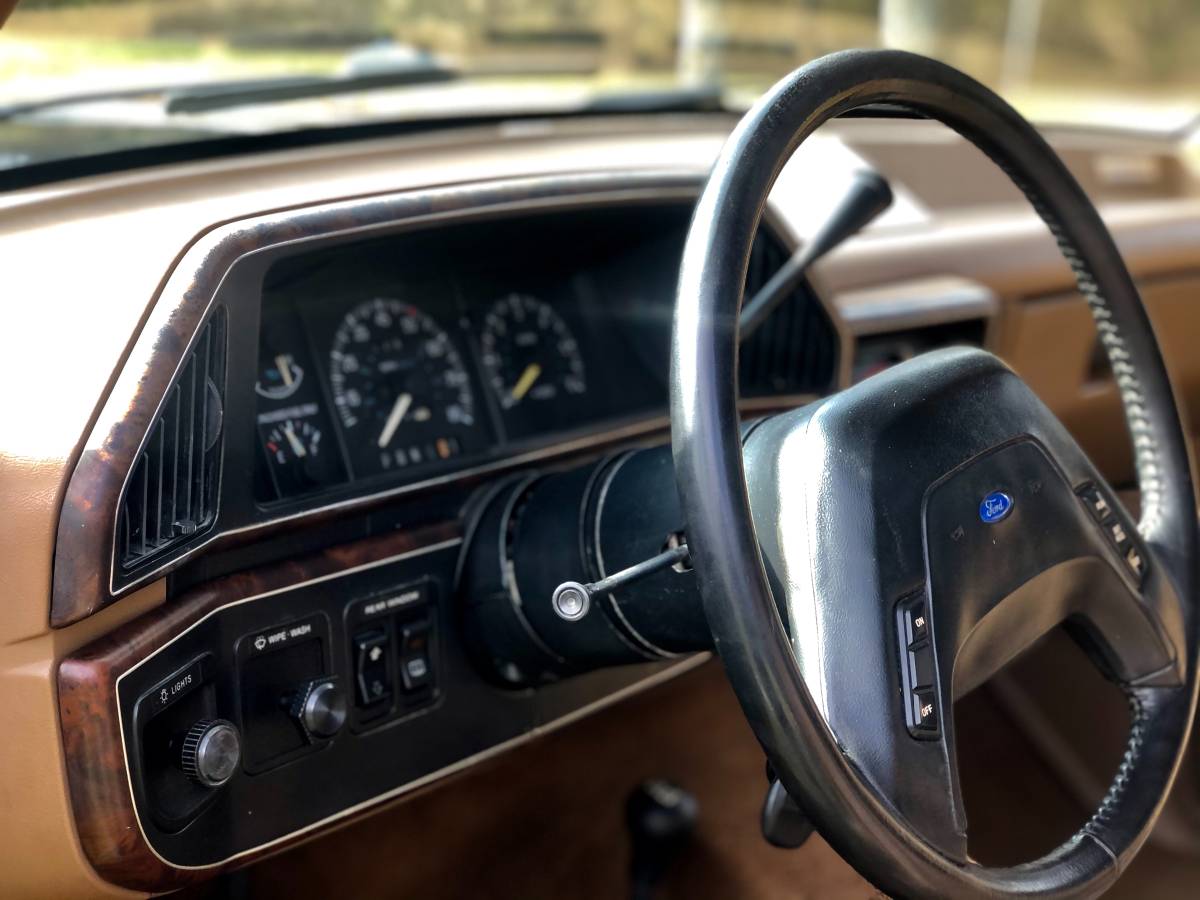 By the pictures, this Eddie Bauer edition Ford Bronco shows extremely well. The two-tone black and tan paint is deep and rich, the aluminum wheels shine like silver dollars, the interior looks like it’s been garaged its whole life, right down to the Eddie Bauer exclusive tree-lined seat covers. We always thought the inside of Bronco tailgates had matching plastic interior panels covering them, but this one features a well-used, highly scratched paint finish. Questionable, but. But the biggest question we have of the Bronco is the post itself, which is short and sweet, but the line, “…showing 48k miles, could pass for original miles!” So, is it original or are we looking at a 148k mile Bronco? The post doesn’t get any more specific. It’s like the guy in Corvette Summer trying to pedal an elaborate diamond necklace saying, “Most of these are real diamonds,” while he picks the other guy’s pocket. Are they real, not real, which ones are real…? We may never know the answer to that question, although one look at the pedals should tell you whether it’s been driven 50k or 150k miles. Given the condition, it could have simply been well cared for and garage kept, and we’d like to believe it actually has low miles, although we’ve seen similar examples with over 150k miles sell at auction for more than this one’s listed price. Then there’s the ’91 5-Speed with 25k miles that sold for $90k on Bring a Trailer!!

Equipped with the tried-and-true 5.0L V8 and 4-speed automatic transmission with overdrive, this 4-wheel drive, non-smoker SUV has a CD player, power windows, power locks, power brakes, power steering, and cruise control. It’s also an Eddie Bauer edition, with eye catching two-tone paint, special badging and trim, special cloth interior with sweet tree graphics, and imitation wood trim here and there. Complete with a removable hard top, the Bronco rolls on knobby tires with polished aluminum wheels and appears all-in-all as one terrific example. Judging by the price, maybe it actually is a 148k mile example – judging by the images and the post though, we can’t fault it even if it is higher miles, and well cared for Broncos have been known to achieve 400k miles before they begin exhibiting major problems. 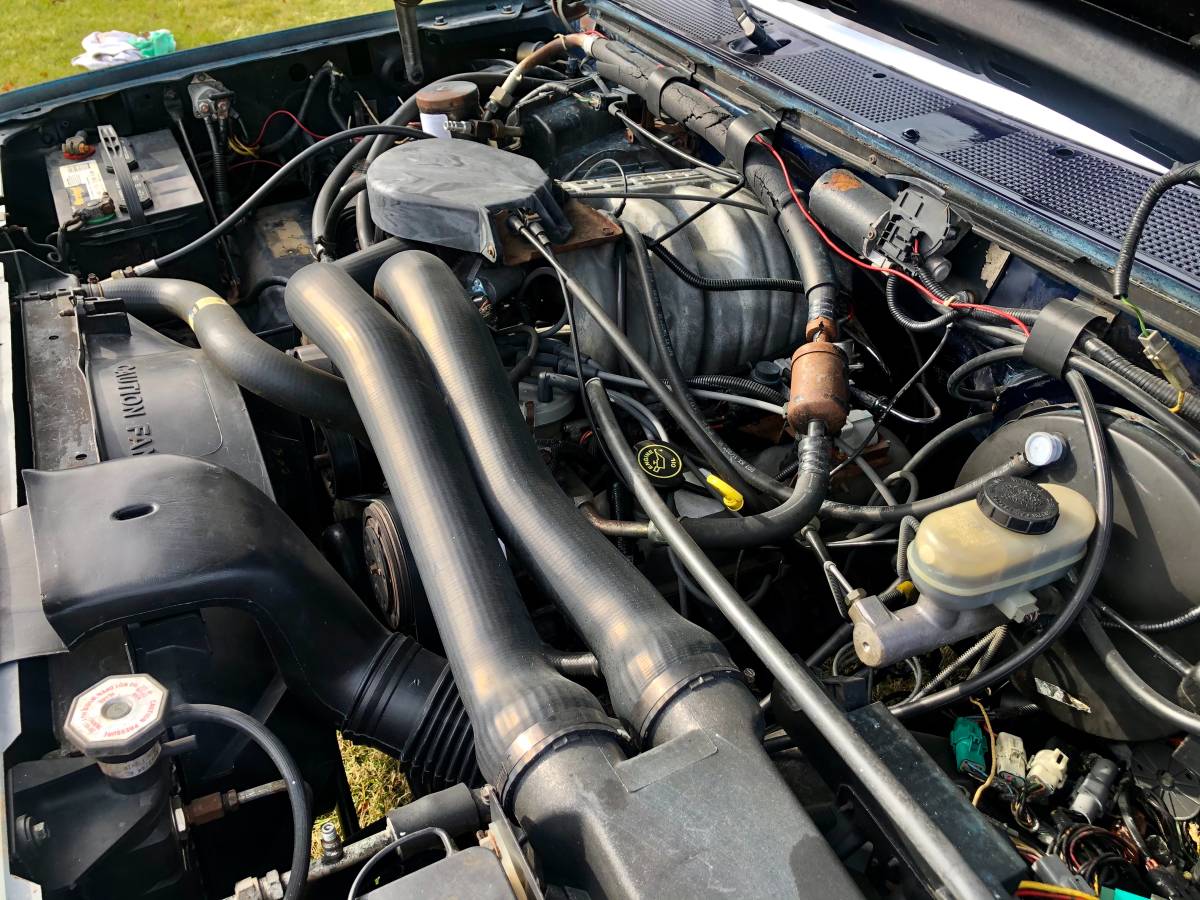 While the new Bronco has reignited interest in the brand, it has also split the market – some people preferring the old, others preferring the new, but all examples like this continue to climb in value, and Broncos have become a major topic of automotive searches in the past year. While the new Bronco is cool, there’s something the y can’t match – a gentle ruggedness that has a natural swagger to it, an attitude that says, “The Tetons ain’t no big deal, I can handle ’em,” and for that, we still love these earlier ones. Heck, maybe we can find some diamonds in the Tetons. Either way, if the miles are high, it’s a pretty good deal, but if they’re low, then it’s smokin’ steal!! 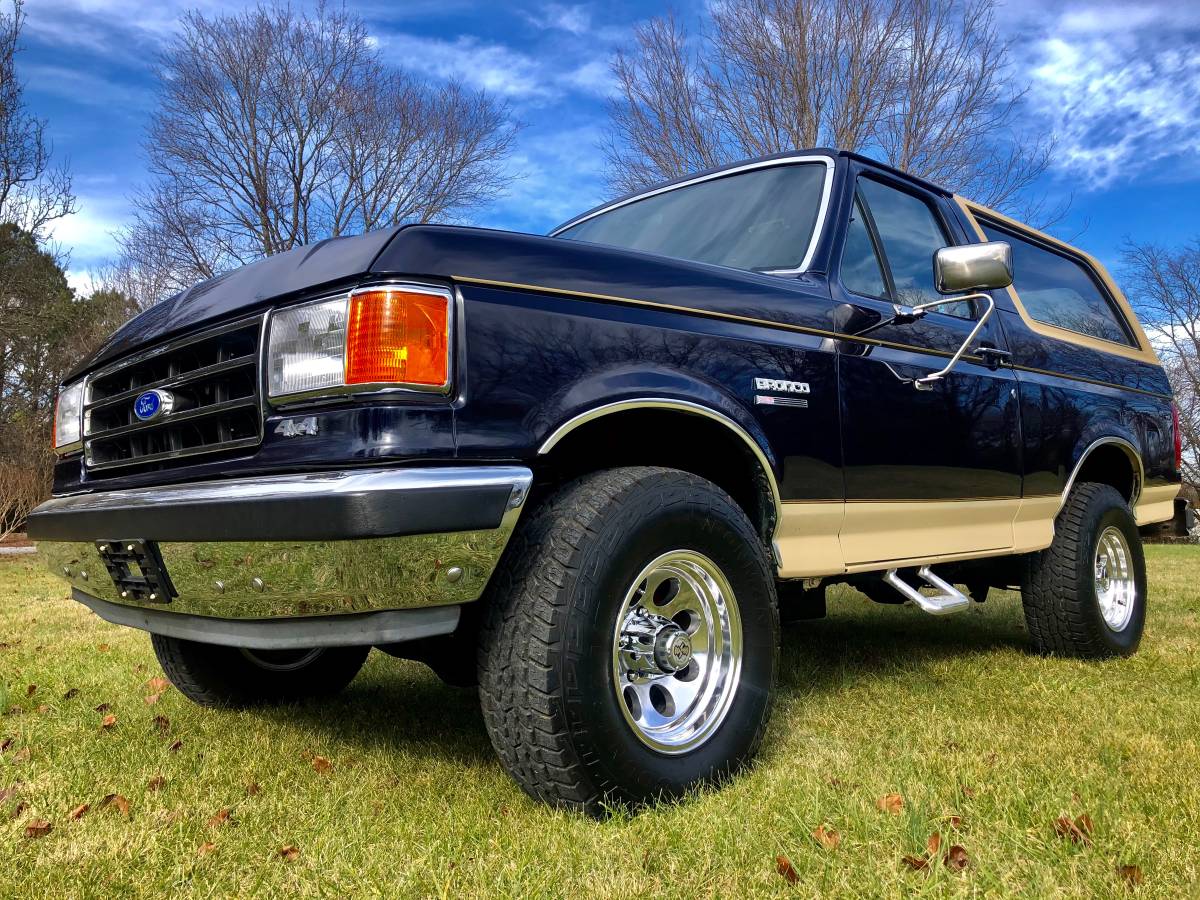