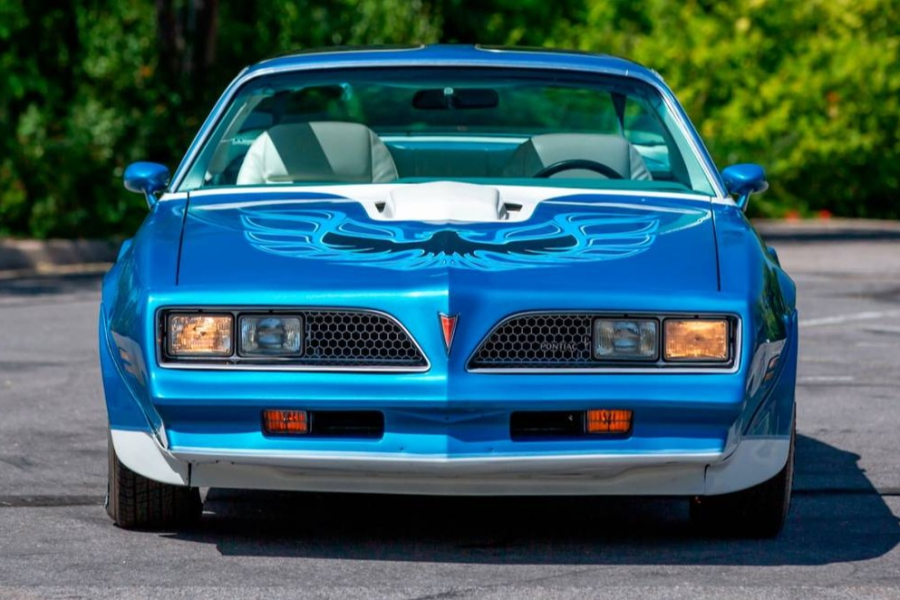 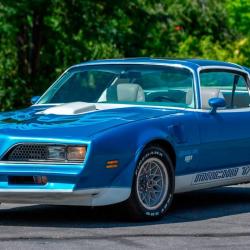 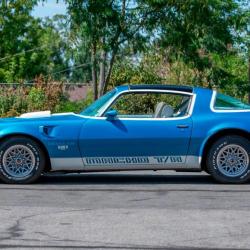 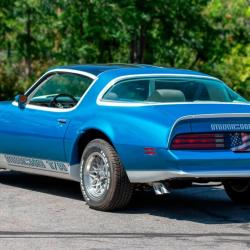 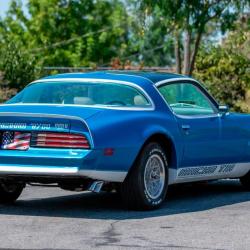 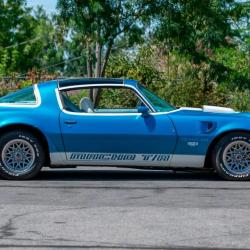 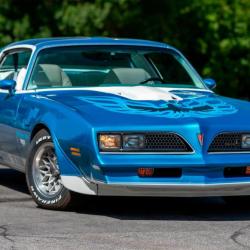 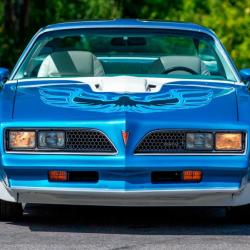 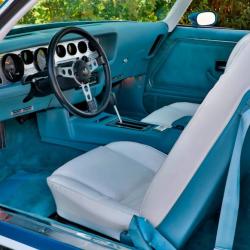 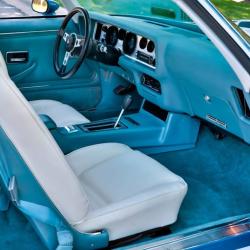 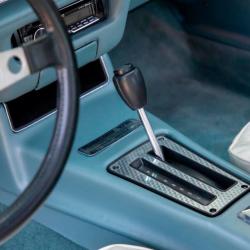 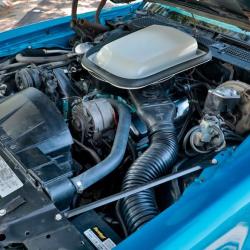 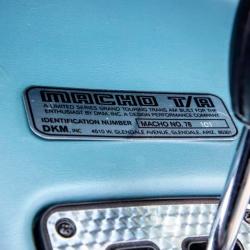 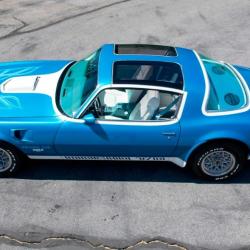 While many American high-performance cars were neutered during the 1970s, Pontiac held the line with the exciting Firebird-based Trans Am. The fabled SD-455 cars of 1973-‘74 may have faded from existence, but Colorado Pontiac dealers Dennis and Kyle Mecham took the excellent W72- 400-powered T/A foundation and built it up to Macho T/A form with aggressive looks and performance in the tradition of Carroll Shelby and the new-car dealers who produced small batches of higher-spec performance cars in the 1960s. 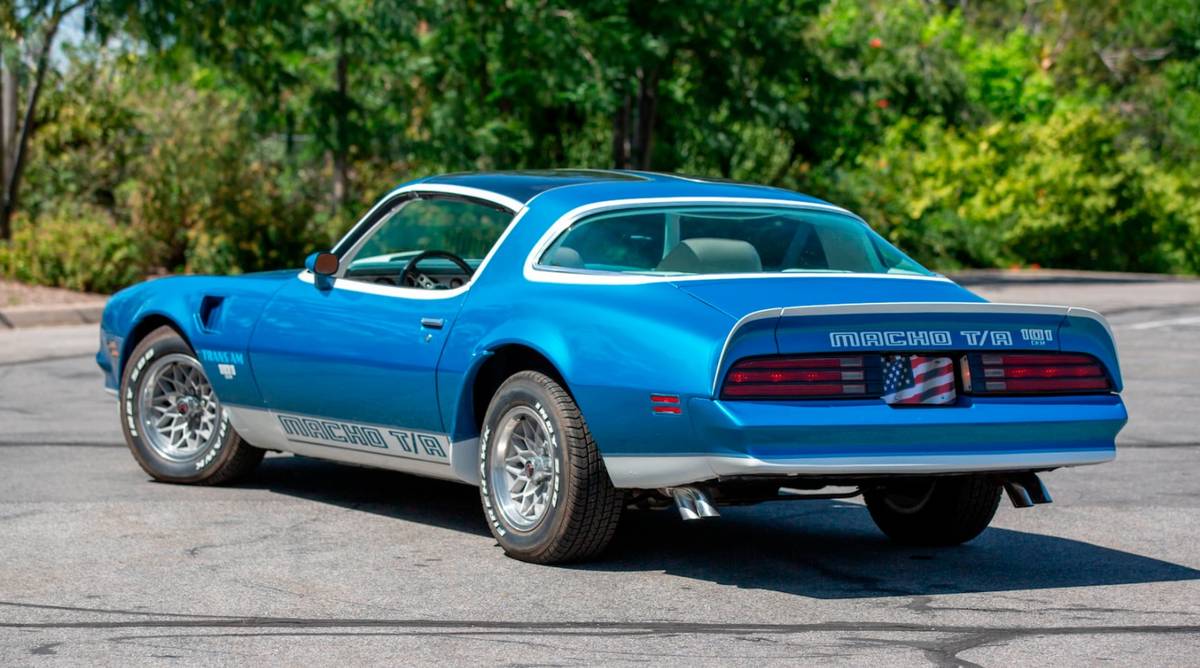 Far more than the usual “tape and stripe” performance cars of the era, the Macho T/A was a potent blend of factory and aftermarket features, including a W72 400ci Pontiac mill tweaked with a re-jetted Quadrajet carburetor, re-curved distributor, and free-breathing Hooker Headers feeding a 2.5-inch exhaust system equipped with a crossover tube and twin catalytic converters for emissions compliance in most states. Maximizing the Macho T/A’s extra power, the Mecham brothers improved the already formidable capabilities of Pontiac’s WS6 option with lower-profile 60-series tires, adjustable Koni shocks, and lowered underpinnings. 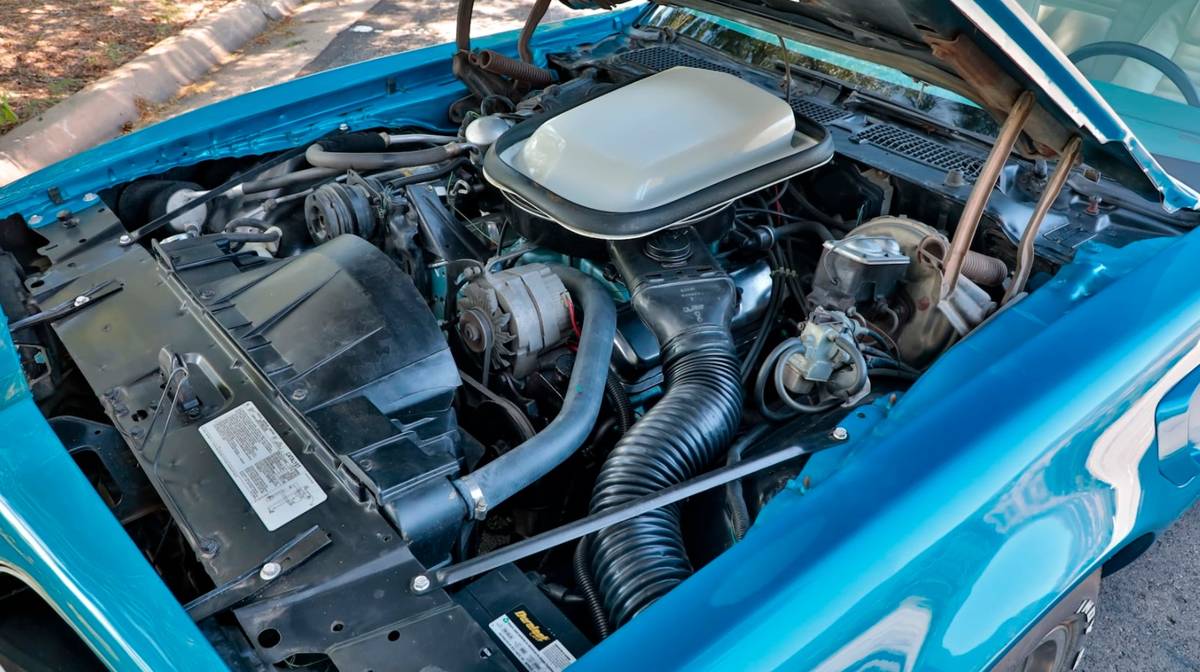 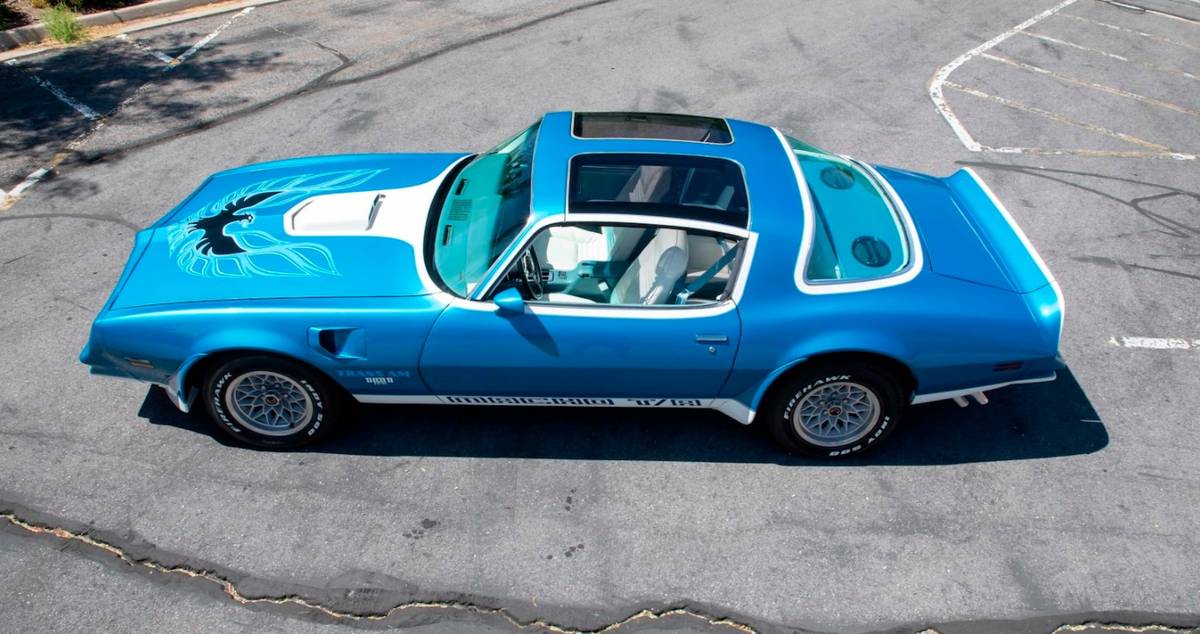 A star of the silver screen, the street, and the track, Pontiac’s Firebird Trans Am remains a collector car icon, one that almost singlehandedly kept performance at the forefront of the otherwise weakened auto industry throughout its run. The Mecham/DKM Macho T/A turned the factory cars’ concept “up to 11” in a comprehensive and distinctive package.

Given their low production numbers, reported at 325 in all from 1977 through 1979, sales of these dealer-tuned stormers are few and far between today. Five came to market with Mecum Auctions in 2017 – all sold in a range from $32k-$49k. Sporting highly attractive livery reminiscent of Pontiac’s infamous Royal Pontiac-tweaked 1969 Ram Air V GTO prototype, this 1978 Macho T/A is now offered with a reported 90k miles and is stated to retain its original engine and transmission while appearing in immaculate condition. Accompanied by its corresponding DKM, Inc. production sheet, it looks like a very good example of its rare breed and more than worth the asking price, leading us to consider that it will be very ‘Well-Bought’ when it surely finds a new home.