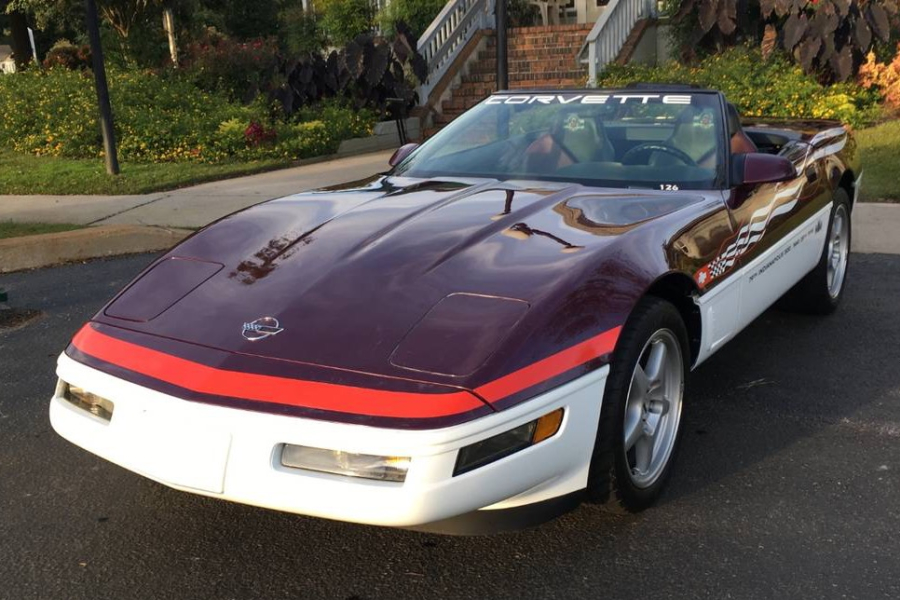 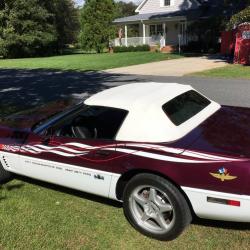 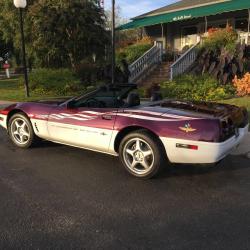 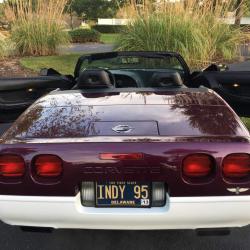 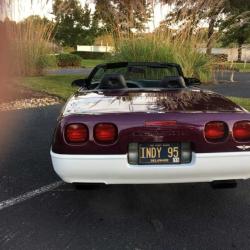 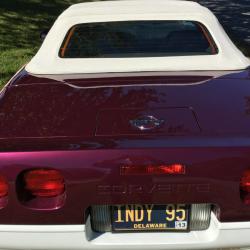 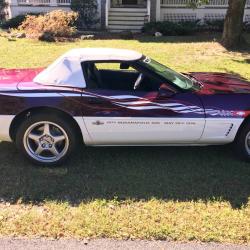 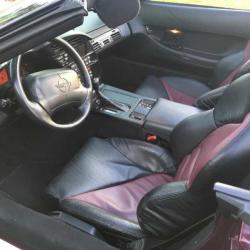 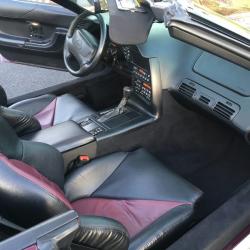 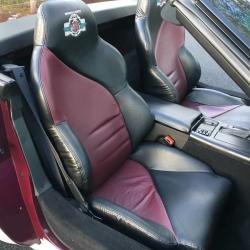 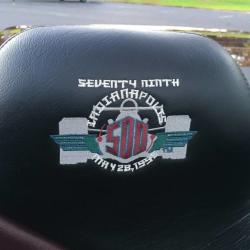 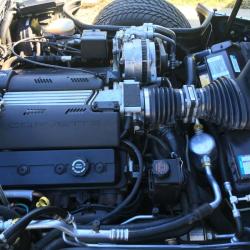 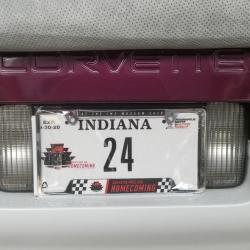 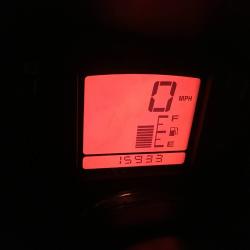 Although the 4th generation Corvette was nearing the end of its remarkable run by 1995, it still strutted its stuff as the Official Pace Car for that year’s running of the Indianapolis 500. While most Pace Cars throughout Speedway history required extensive modifications to run the parade and pace laps of the race reliably at the speeds required, the 1995 Corvette Pace Car required no modifications and performed its duties with yeoman-like efficiency, powered by Chevy’s living legend - the 300hp, 350ci LT1 EFI V8 engine, which would be phased out in ‘96. Directly descended from a long and proud line of small-block V8 engines from Chevrolet since 1955, the LT1 had all the right stuff to get the job done on the street and track alike. Just 527 special Indianapolis 500 Commemorative Edition Corvettes were produced for ‘95, with dark purple upper and white lower surfaces, distinctive graphics, black with purple-accented interiors, 5-spoke alloy wheels, and a boatload of top-of-the line features and amenities. 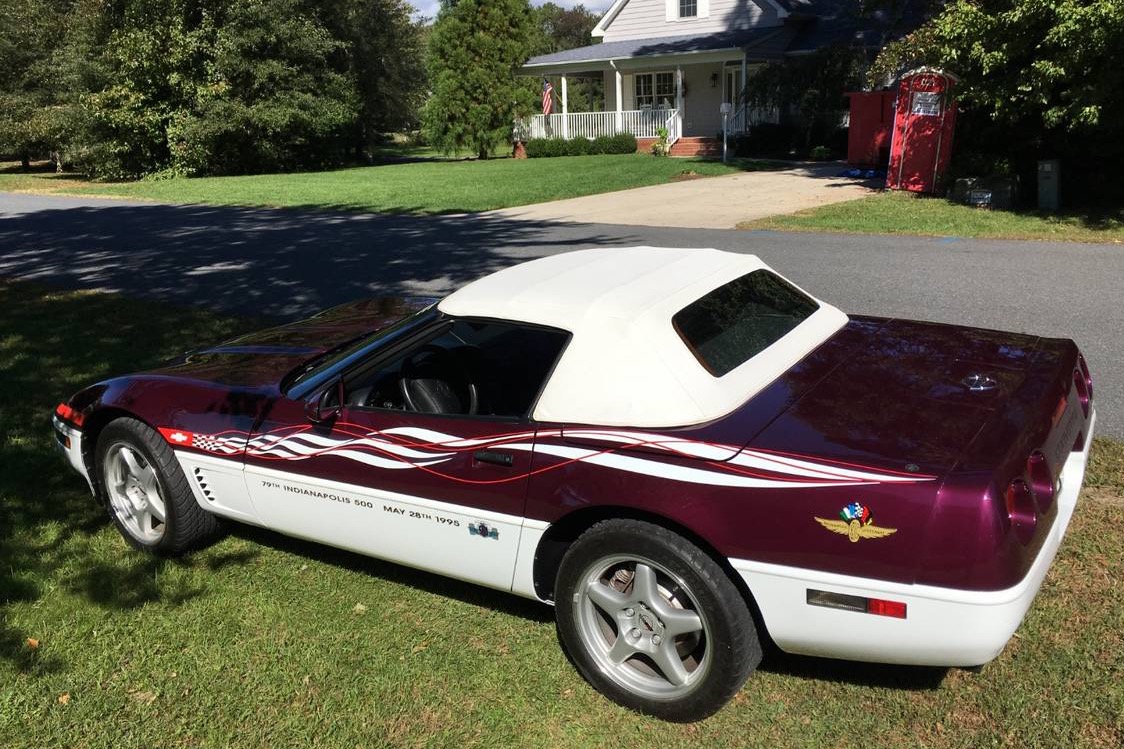 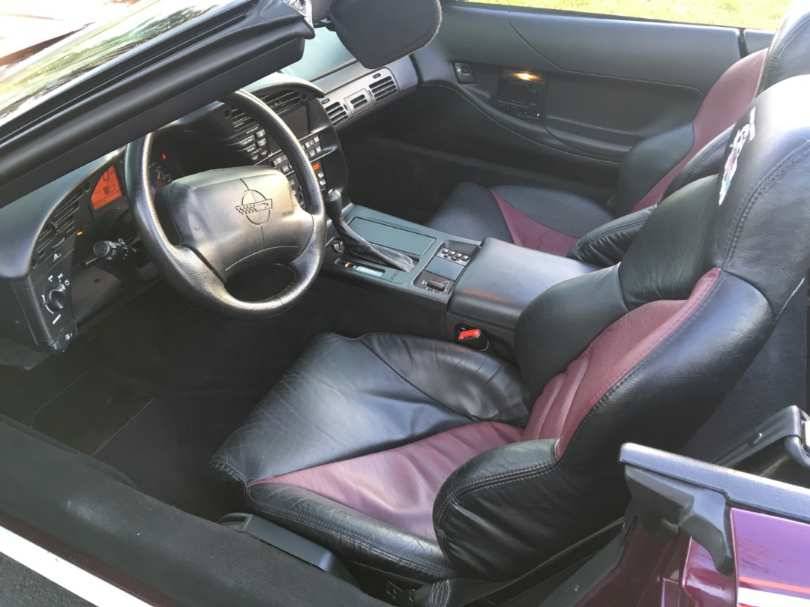 With just 16k miles on the odometer, our subject car is a particularly high-quality example throughout. According to the seller, it comes with a clean Carfax report and maintains a high-grade appearance and very good Pace Car decals. Accompanying items include the original books and owner’s manual, window sticker, maintenance records, rear license plate frame, and a commemorative plate from the Corvette Pace Car Registry 2020 event. The seller also states the car has documented use at the Speedway, which will be fabulous for any Corvette and Indy fan.

While collectors and enthusiasts may have become jaded by special Indy 500 pace car replicas, they are often quite rare, with the 1995 Corvettes especially so. These automobiles are modern enough as to not baffle your local Chevrolet dealer’s technicians and their performance remains exceptional by any era’s standards. According to Hagerty’s current price guides, these fully equipped, late-production C4 Corvettes range from just $11k for a #4 driver with some noted flaws, all the way up to $35,600 for a concours-worthy, as-new #1 specimen. Our subject car reads like a high #2 or near-#1 example and it is priced consistently, making it fair market in our opinion. 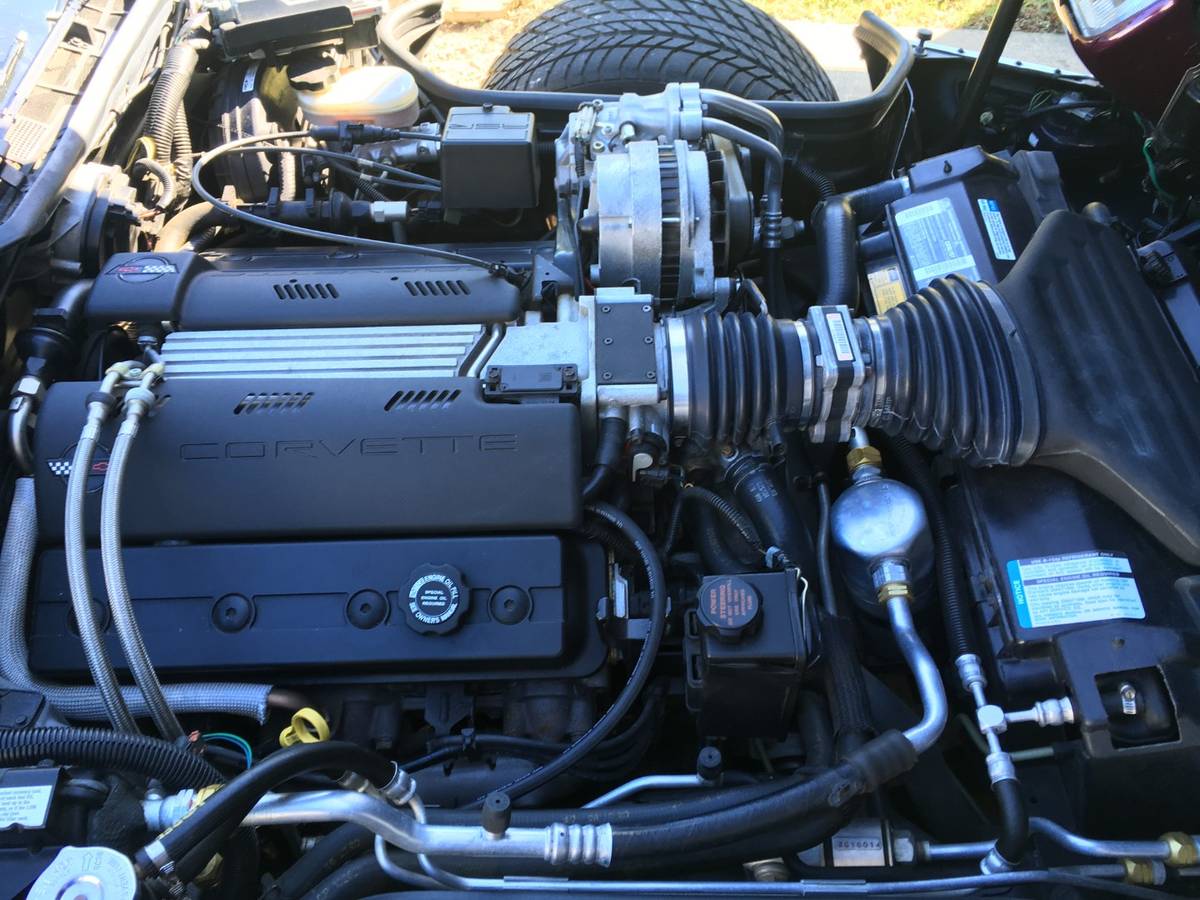 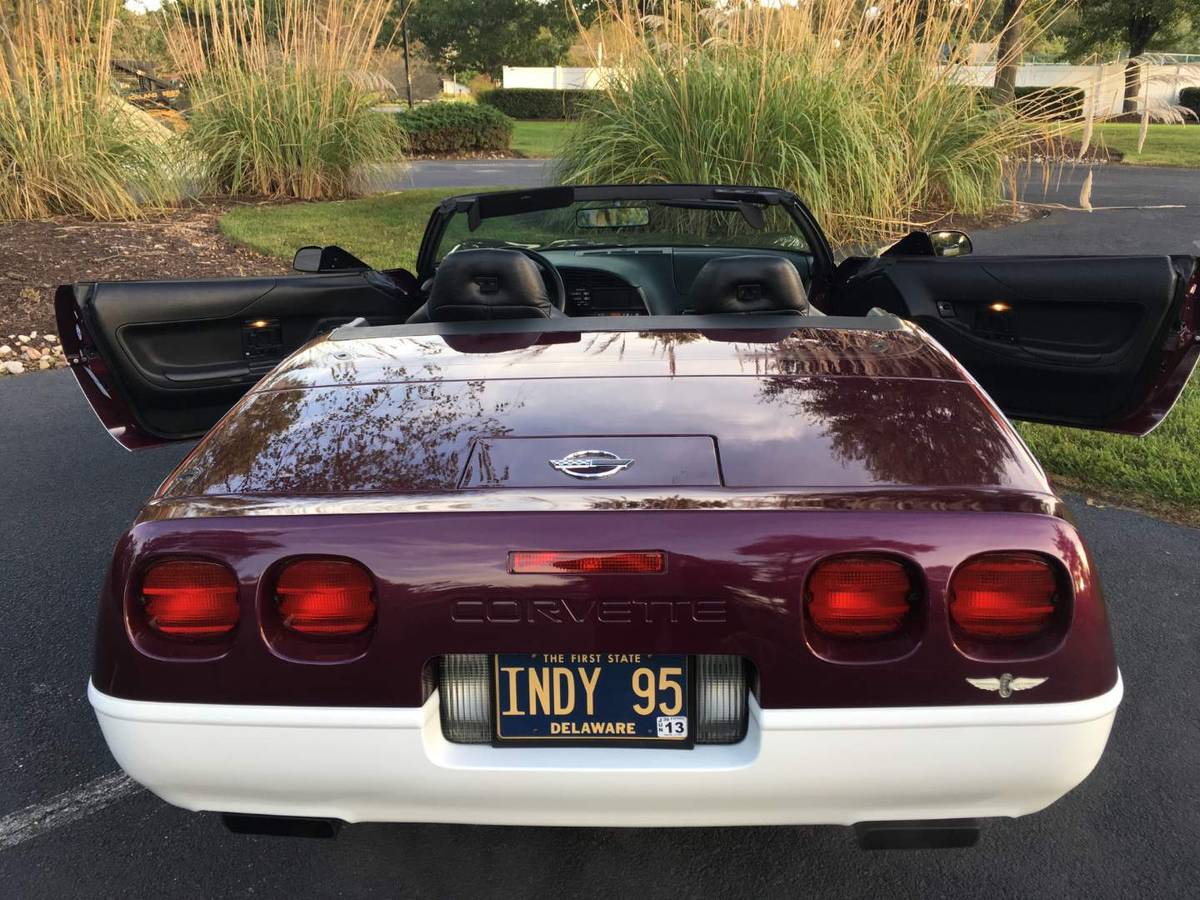