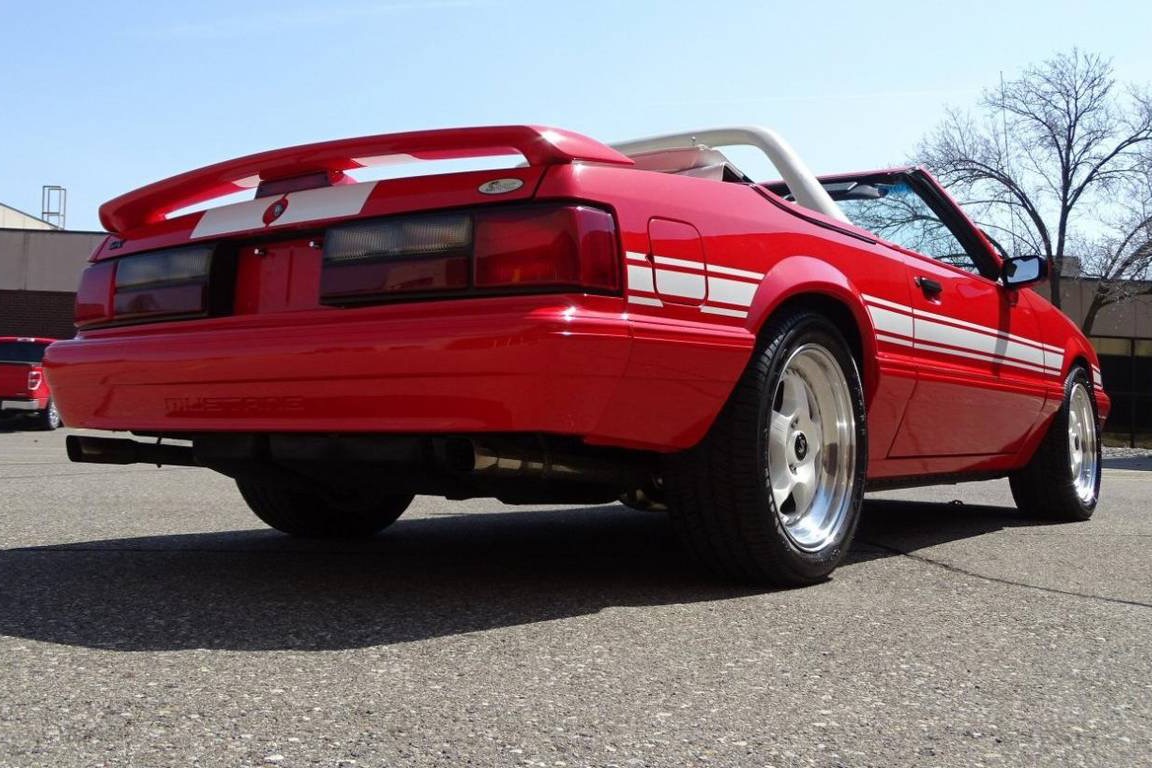 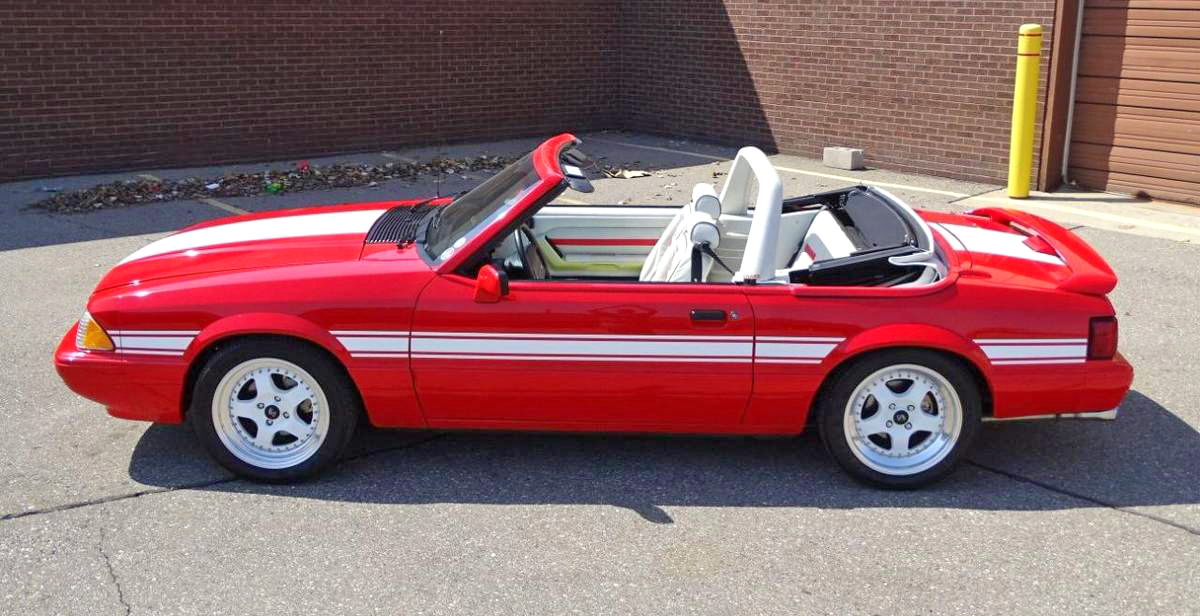 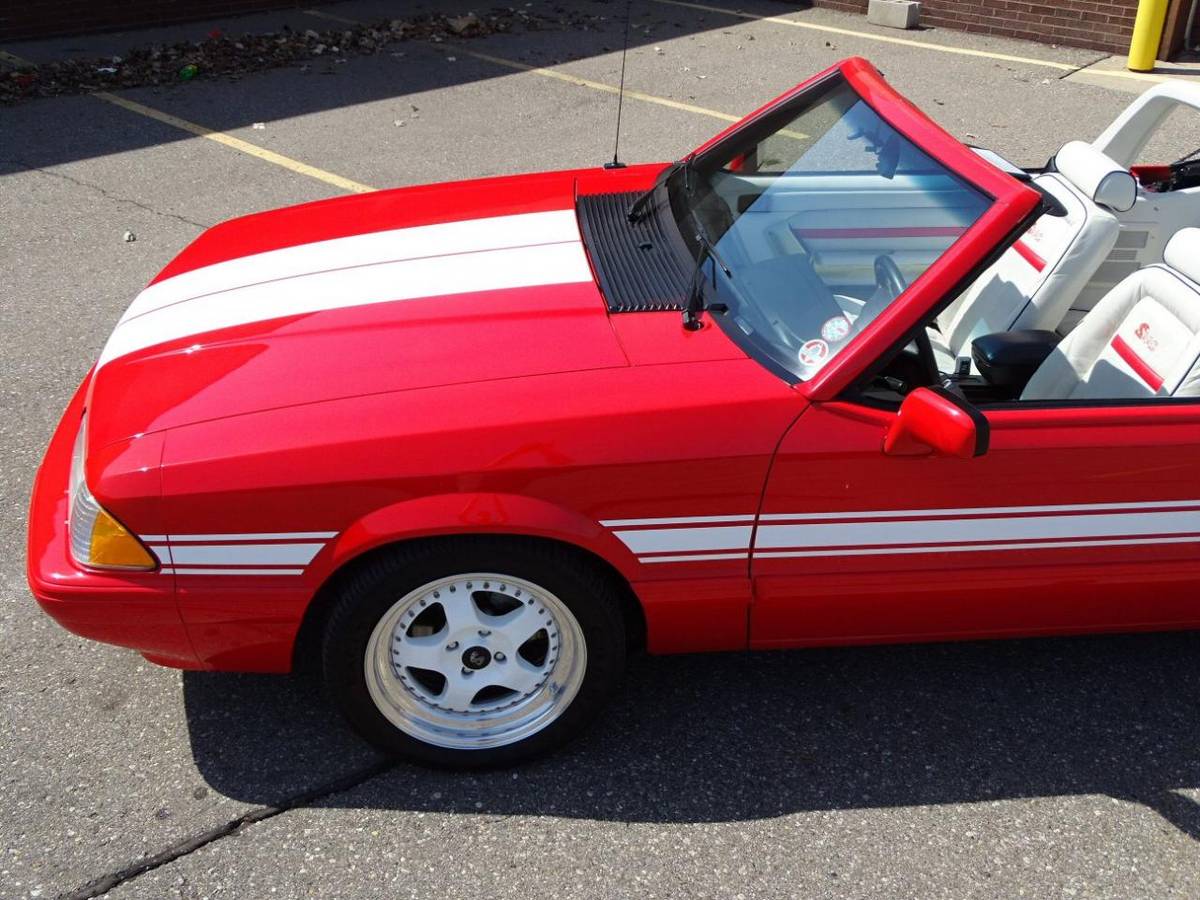 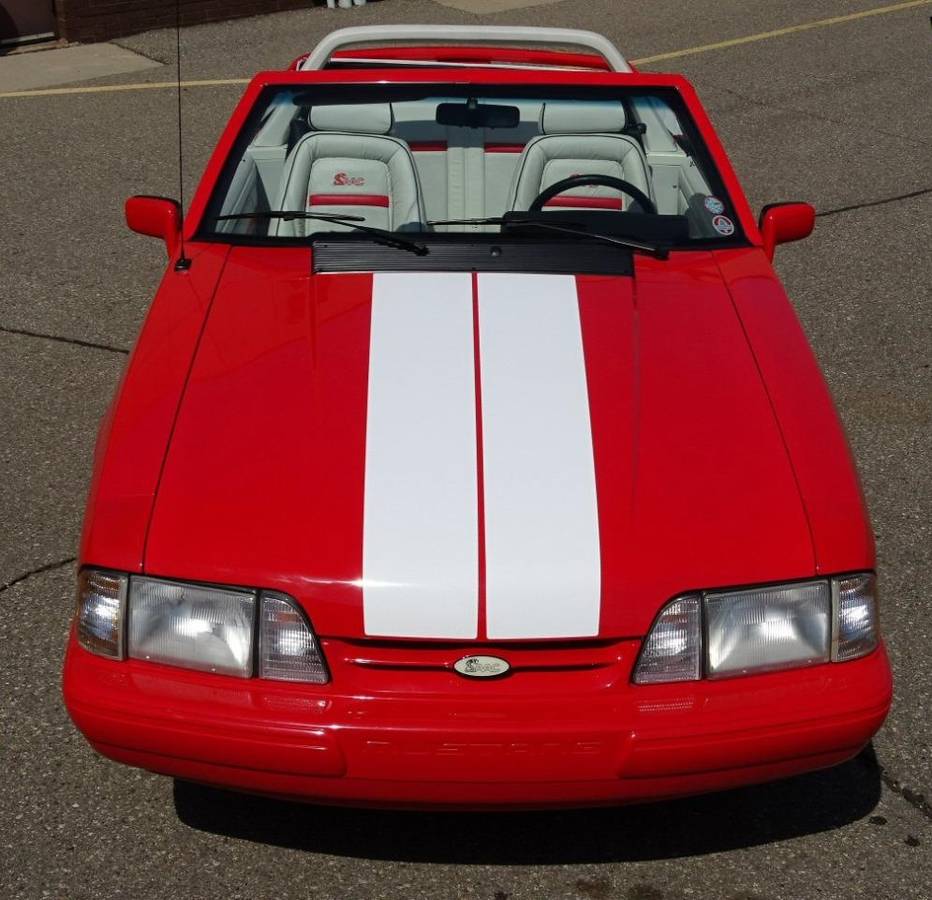 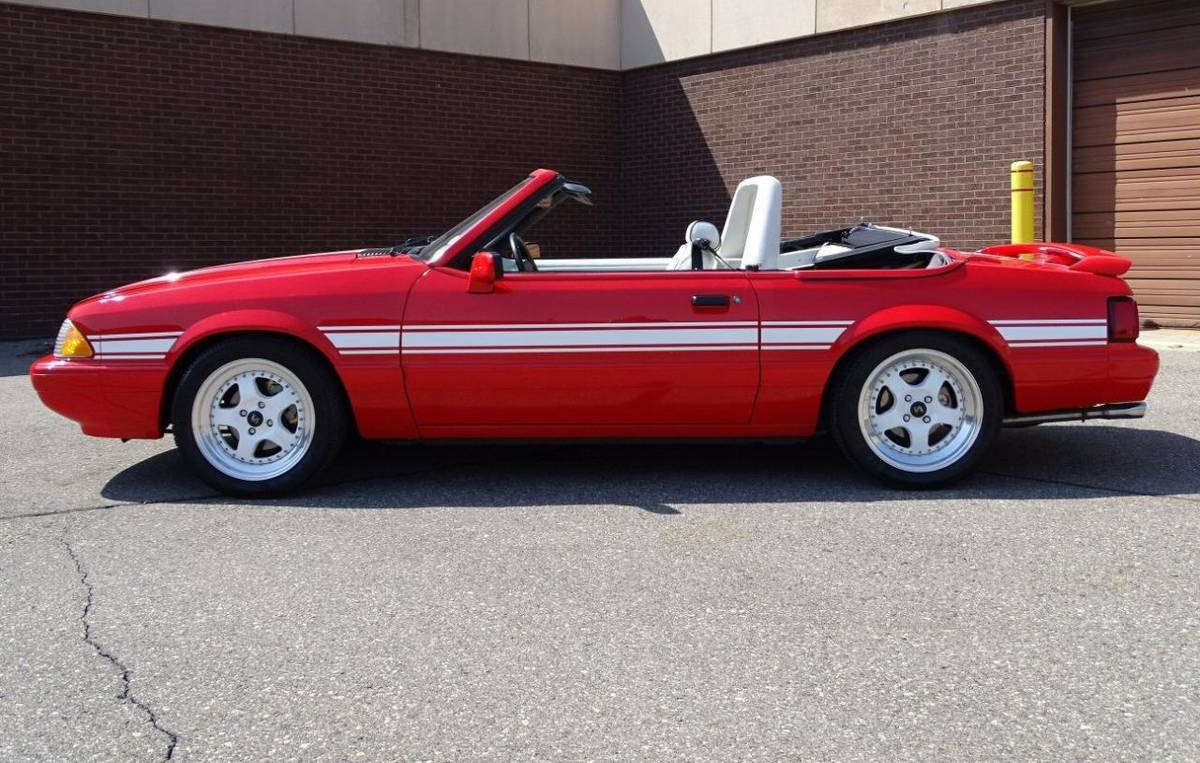 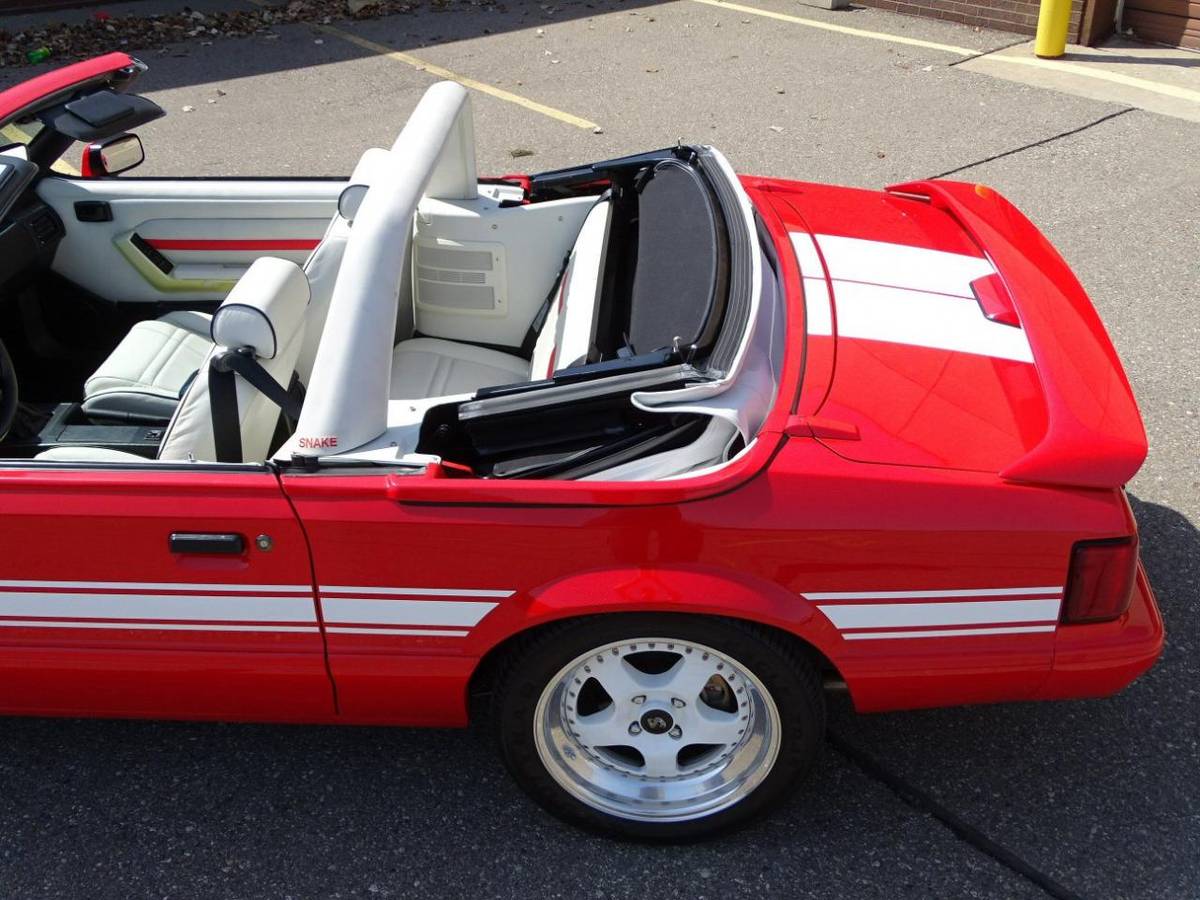 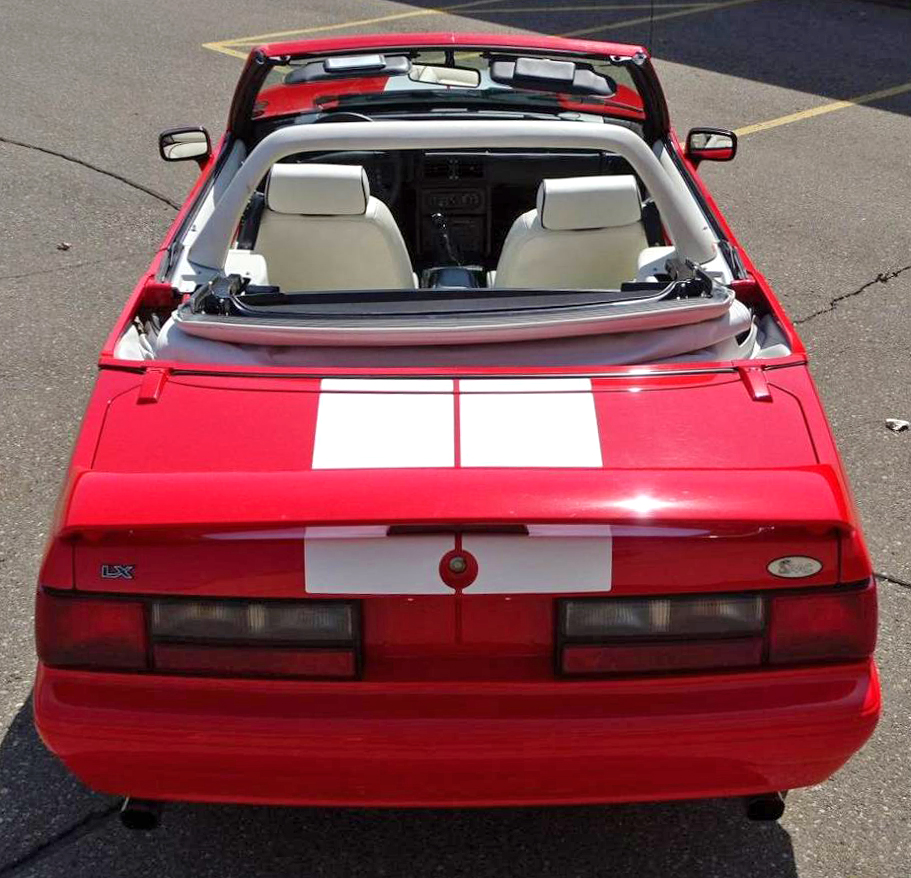 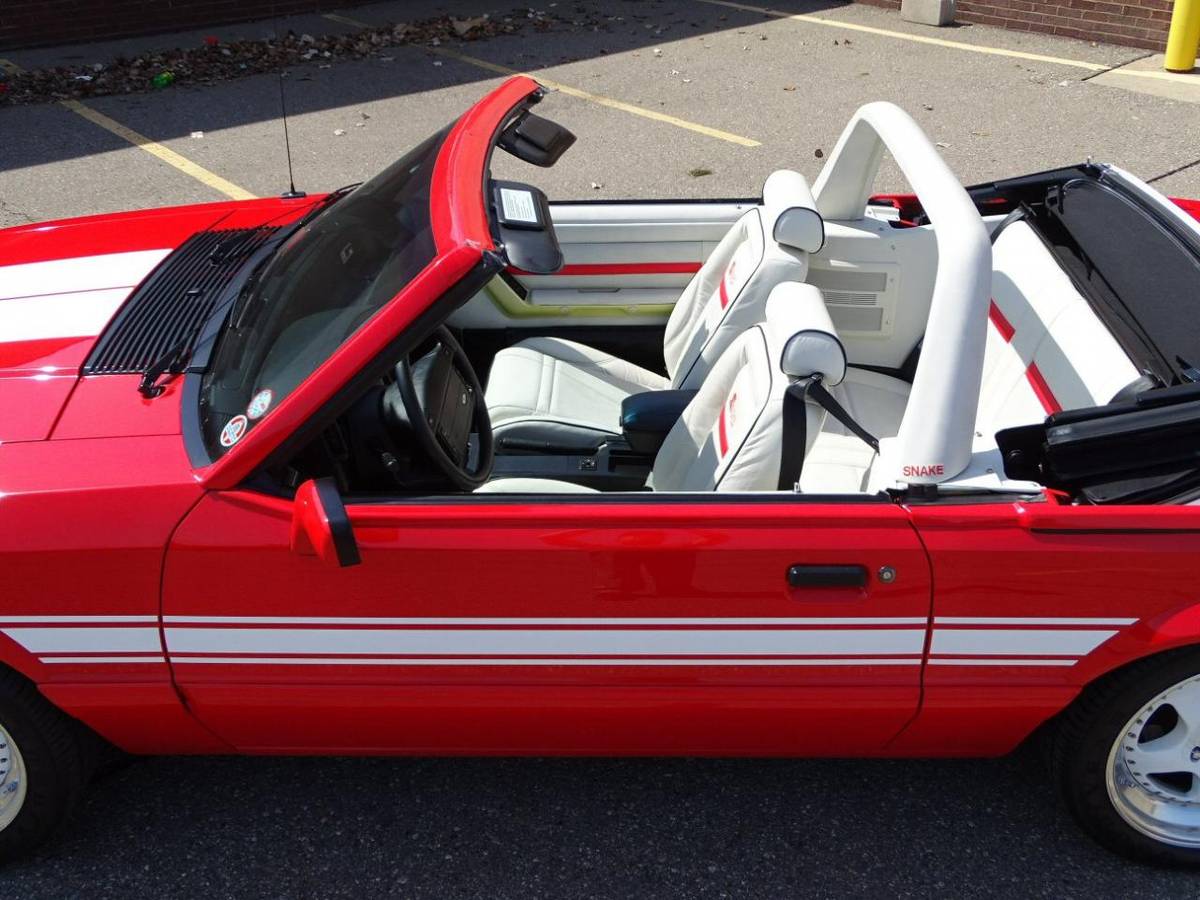 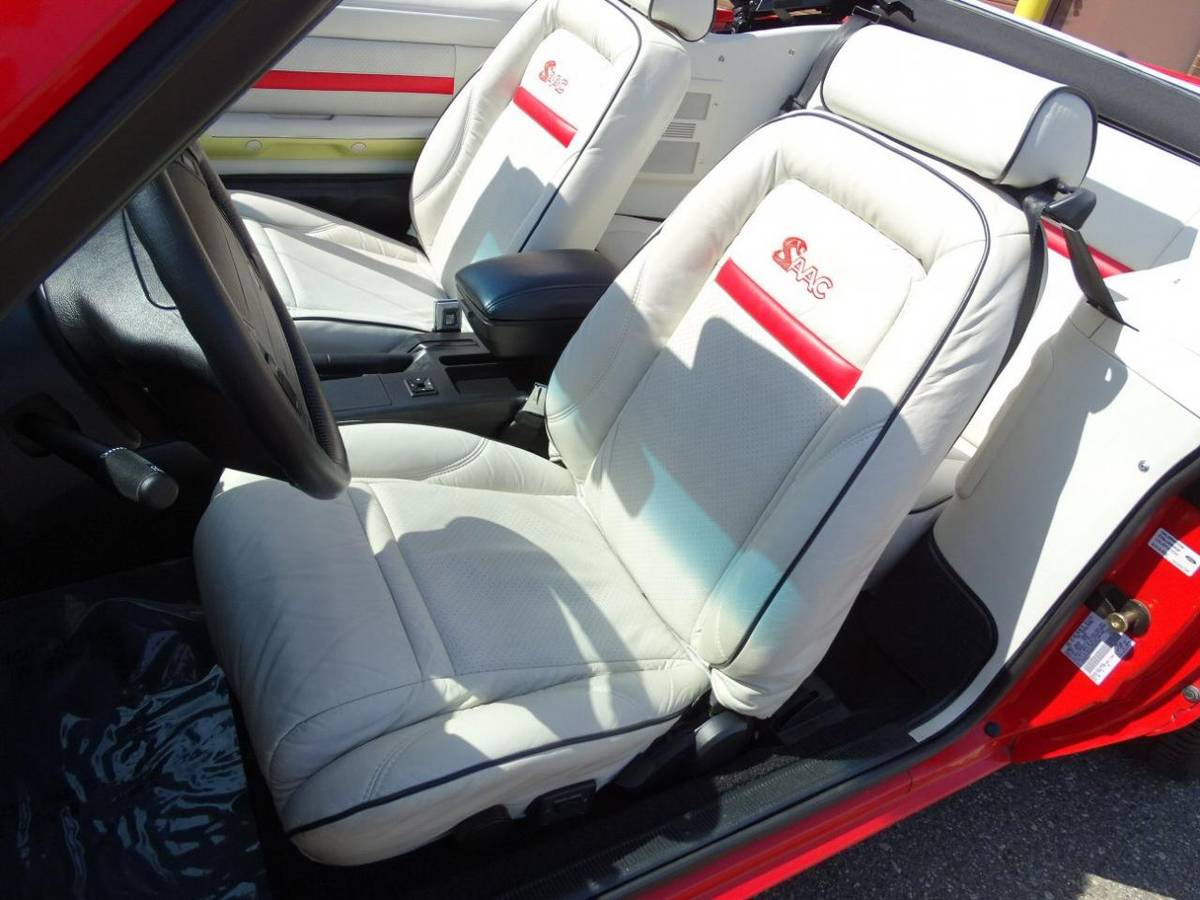 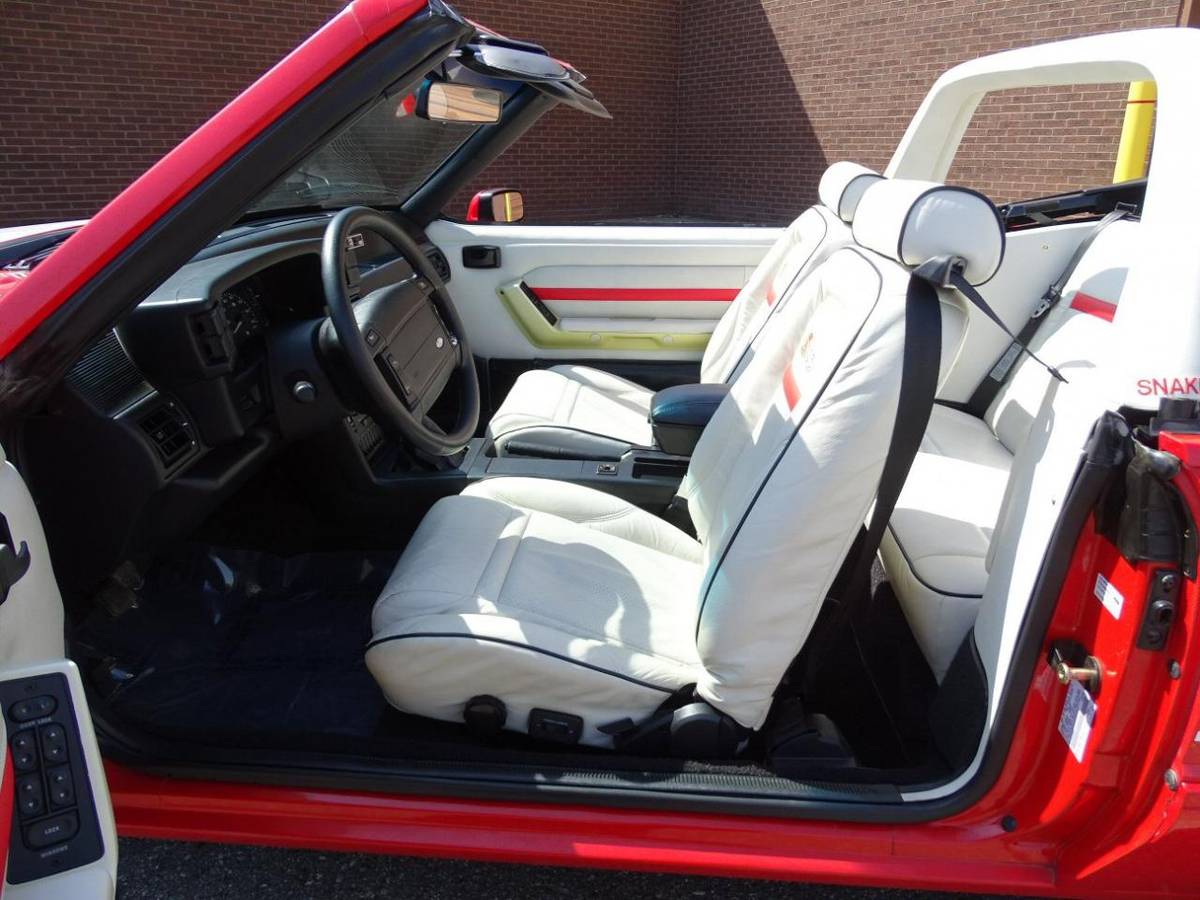 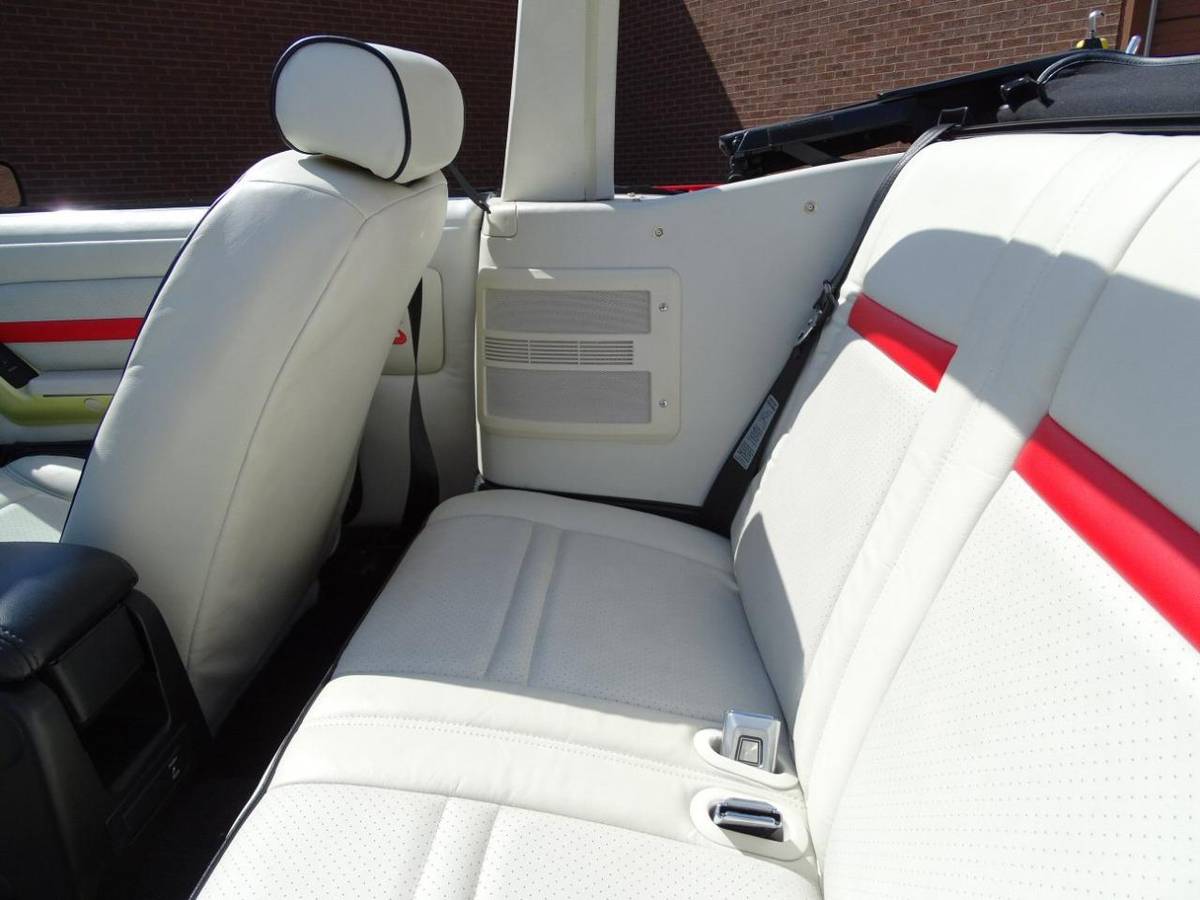 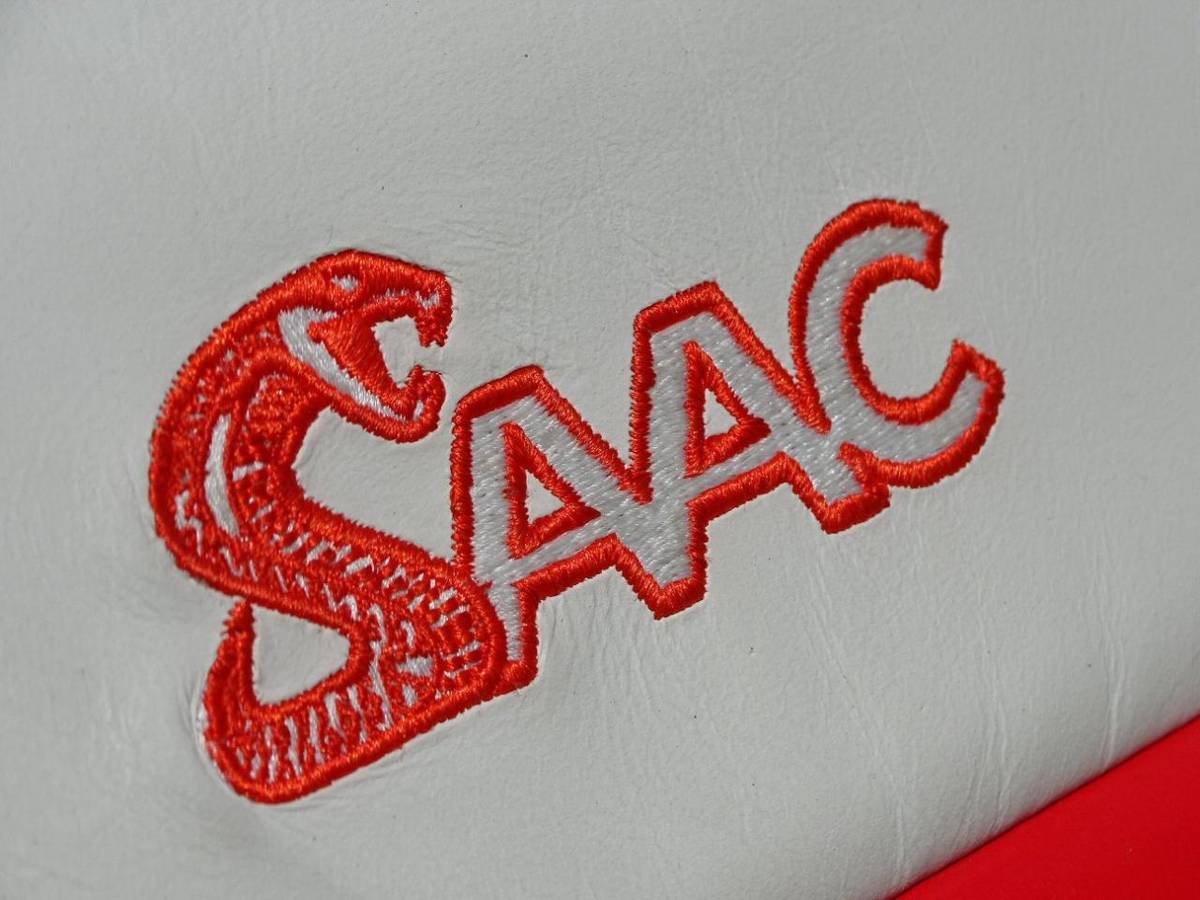 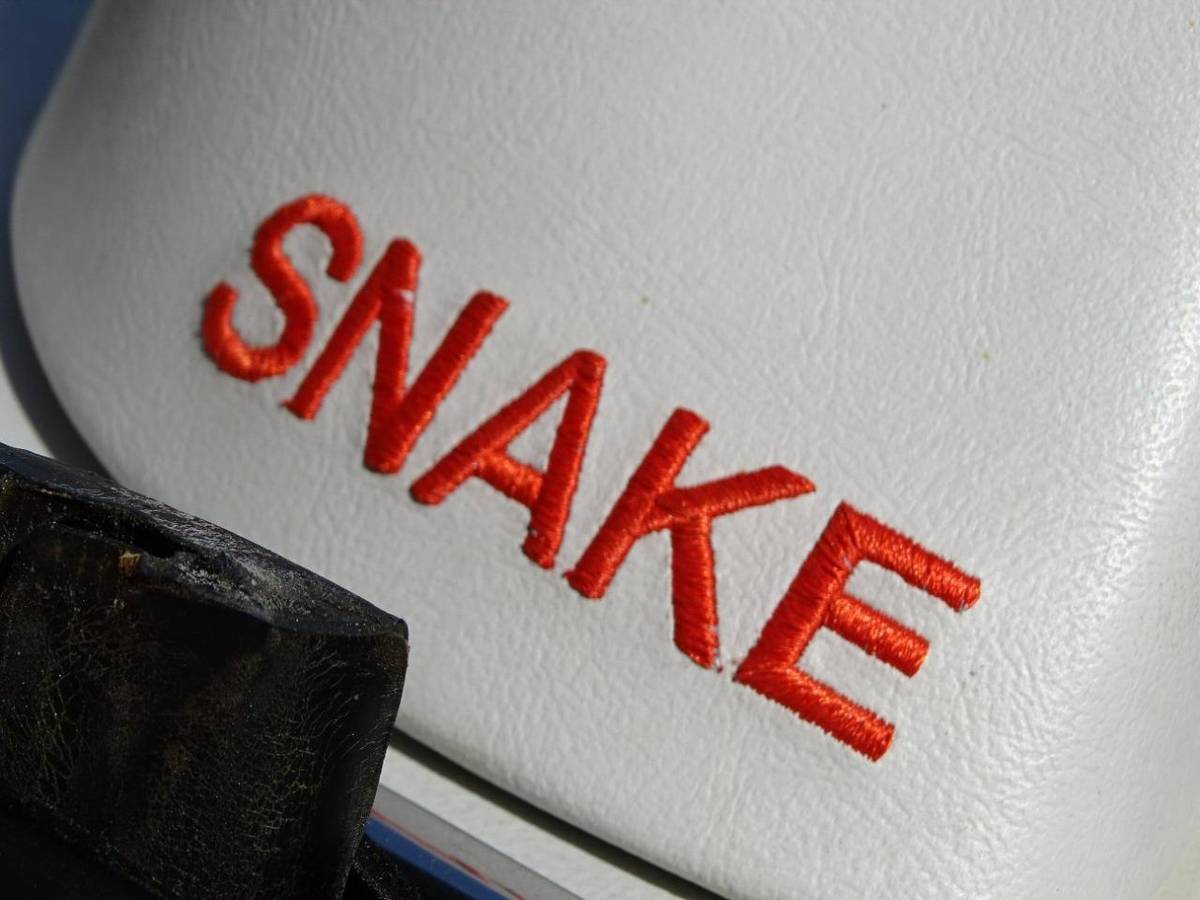 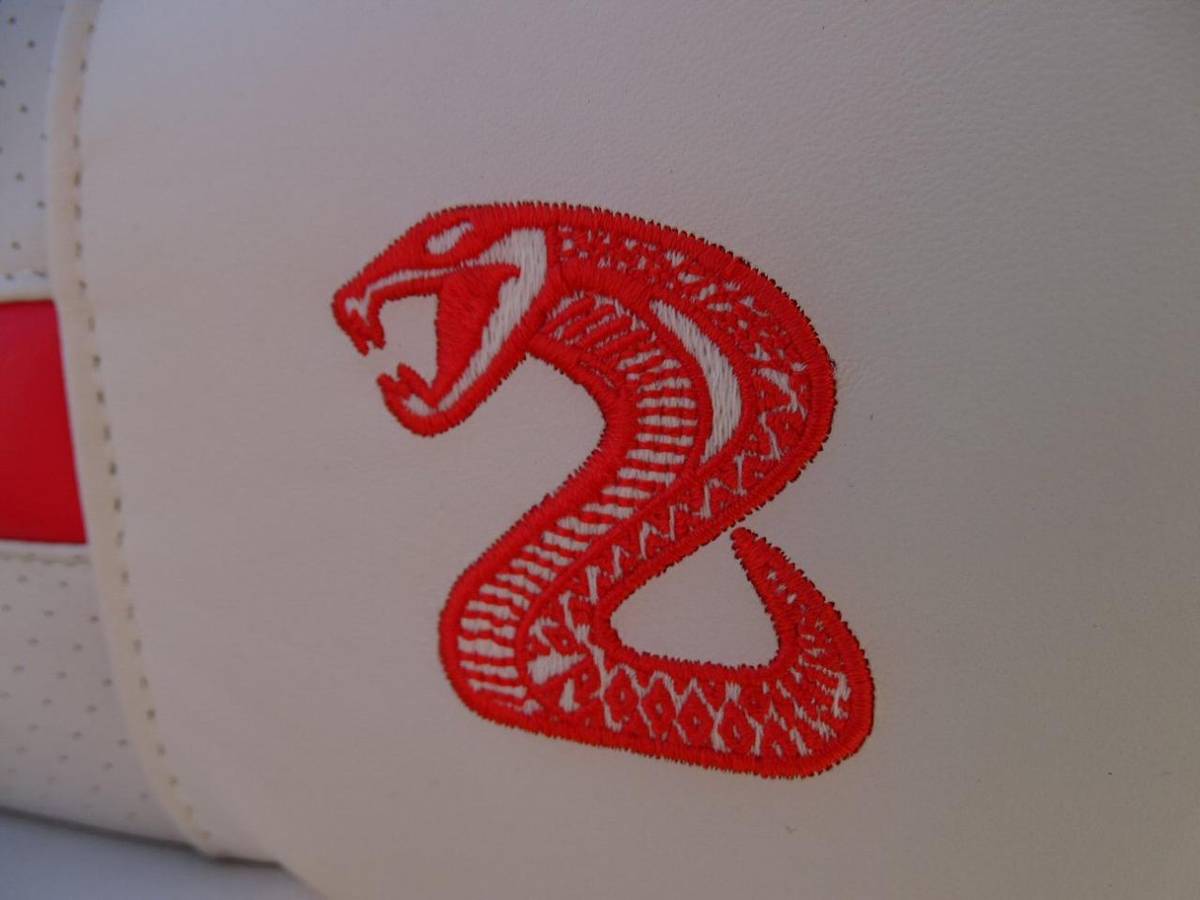 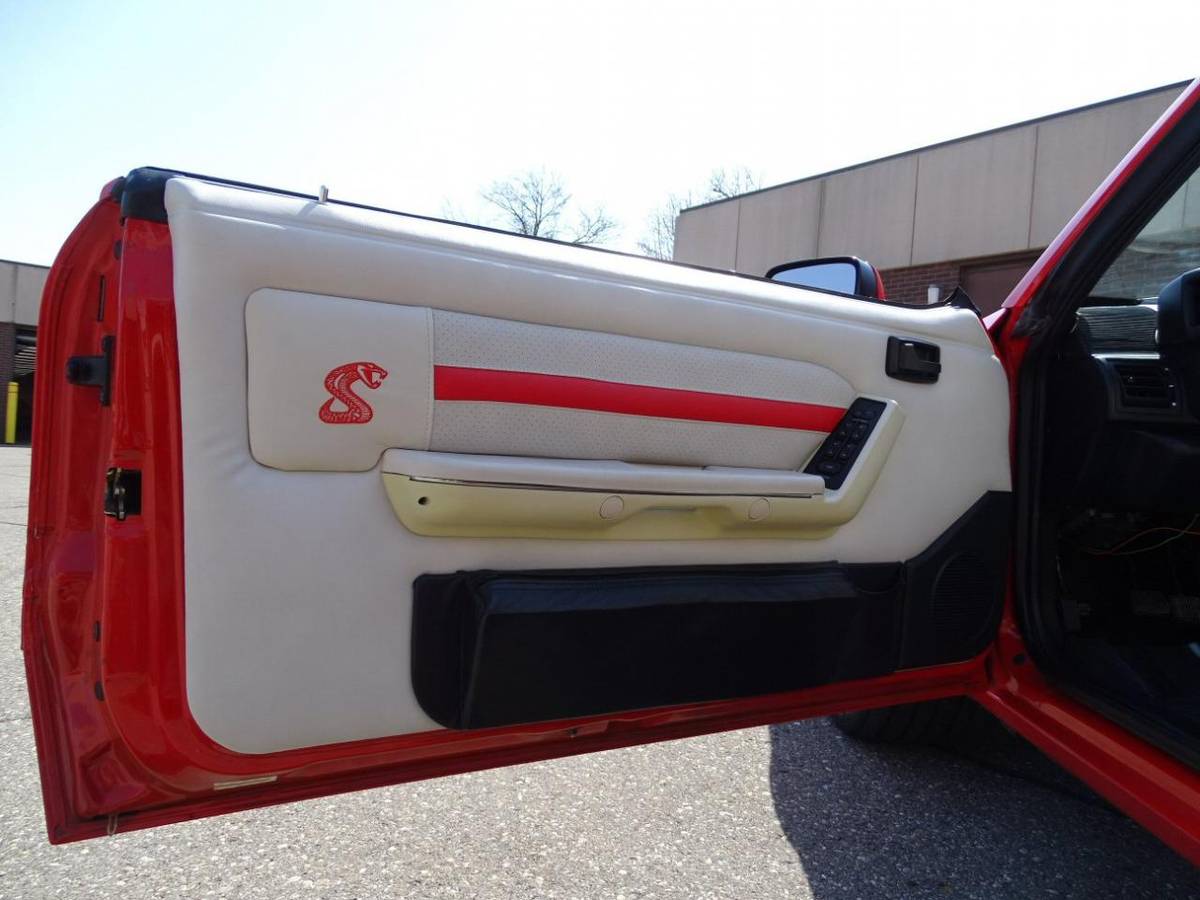 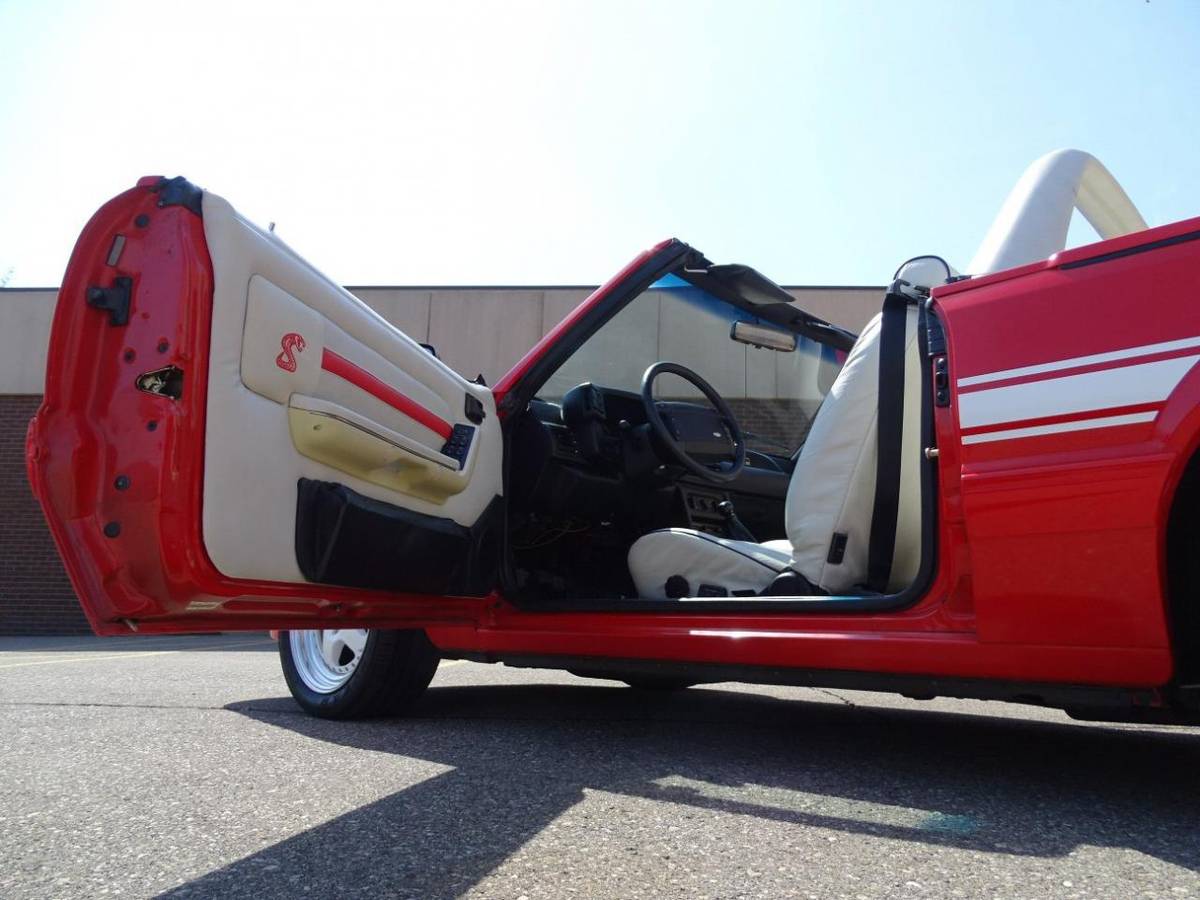 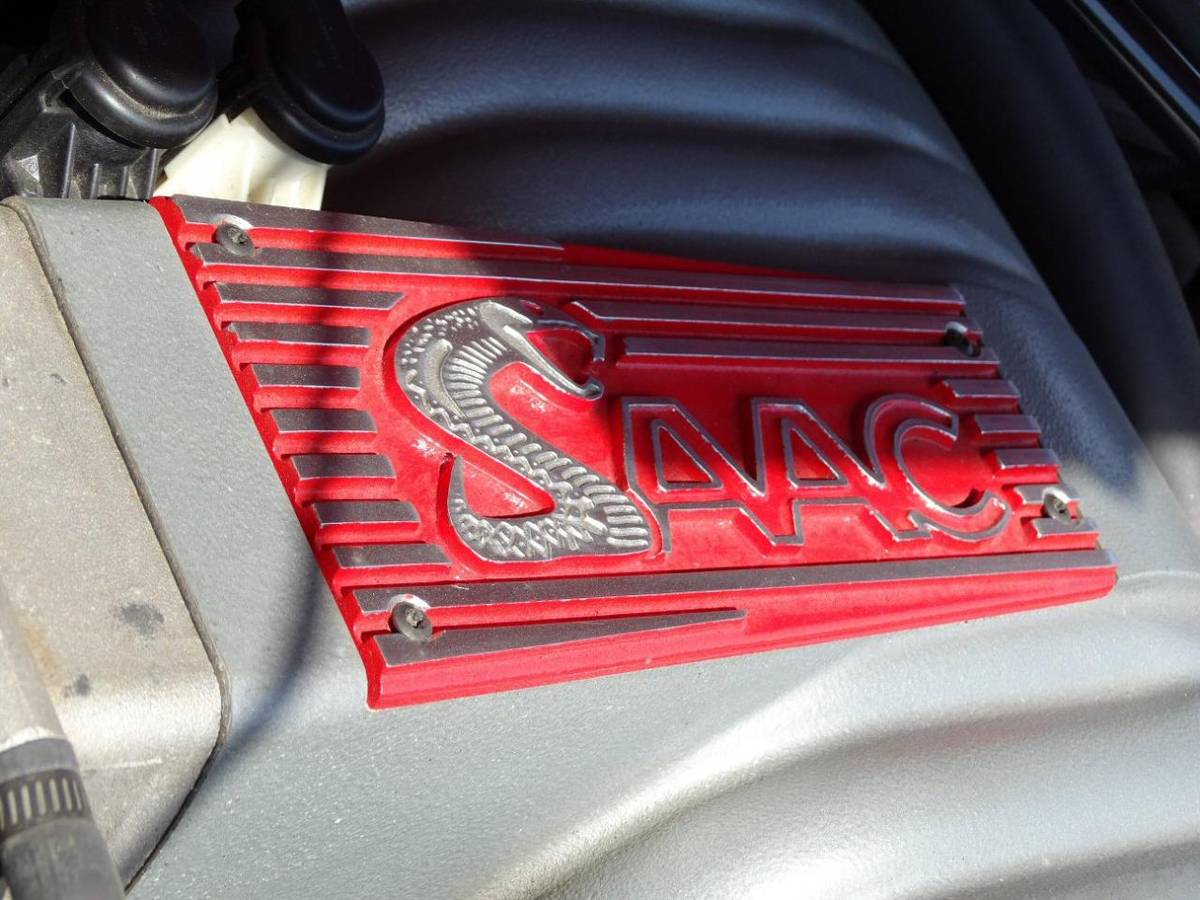 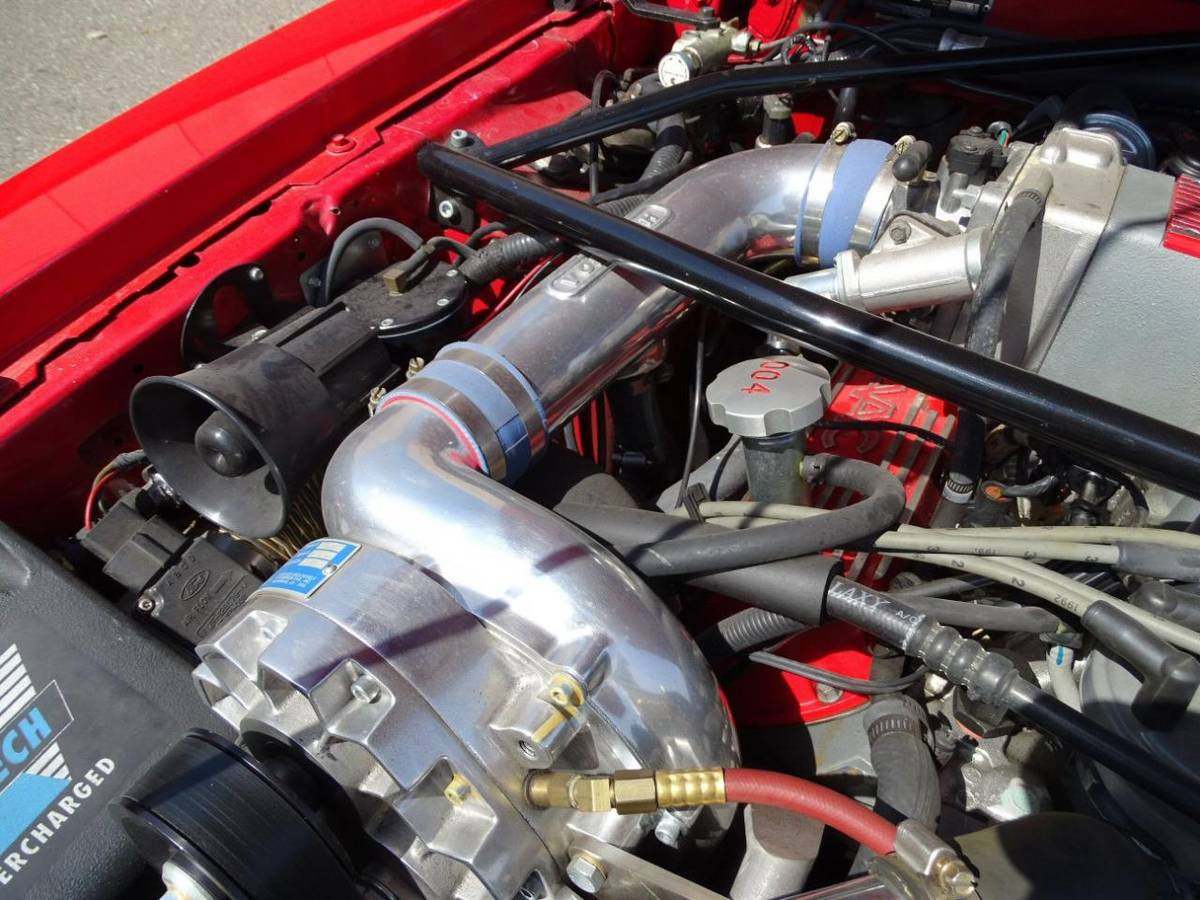 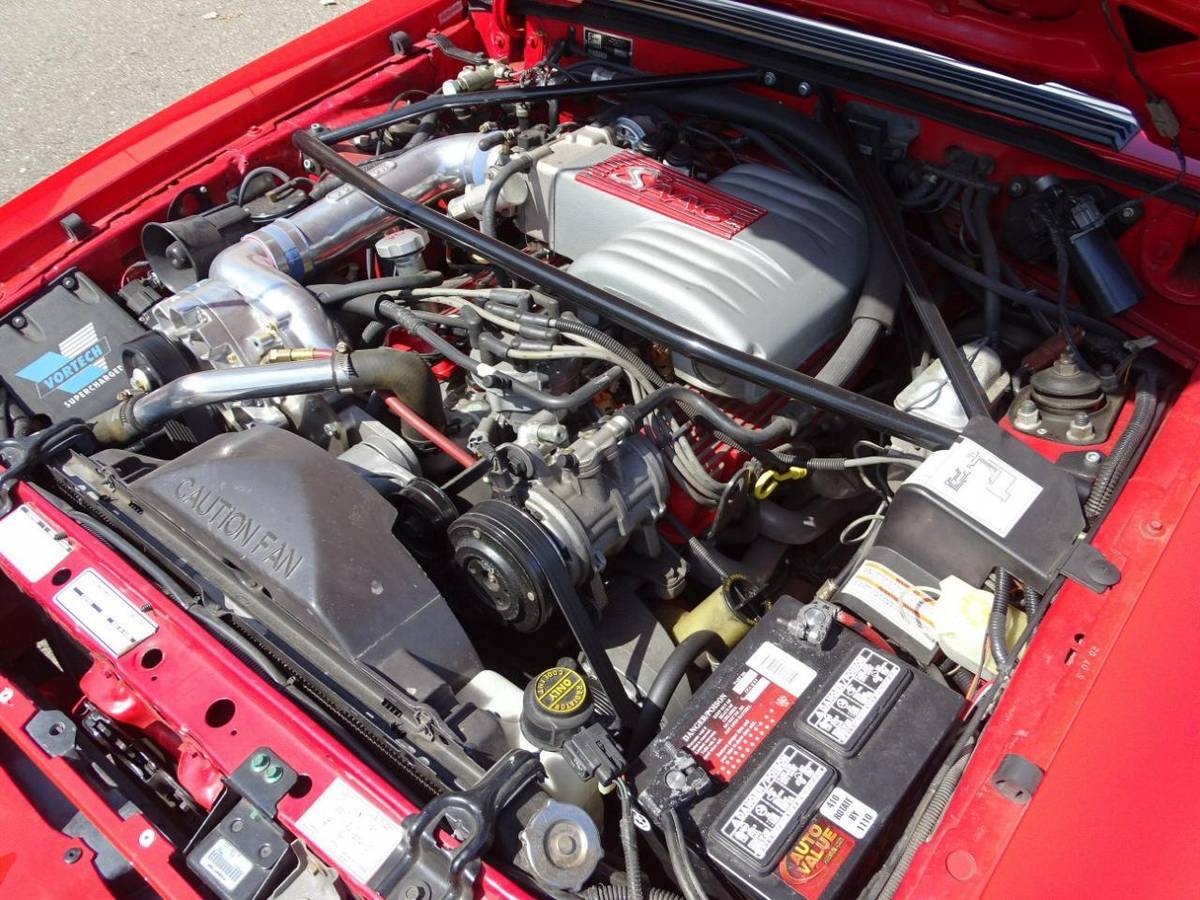 In 1991 SAAC Car Company – a commercial enterprise of Shelby American Automobile Club – produced serialized conversions of the Mustang LX for the 1992 and 1993 model years, and they are arguably some of the most sought-after Mustangs ever built. 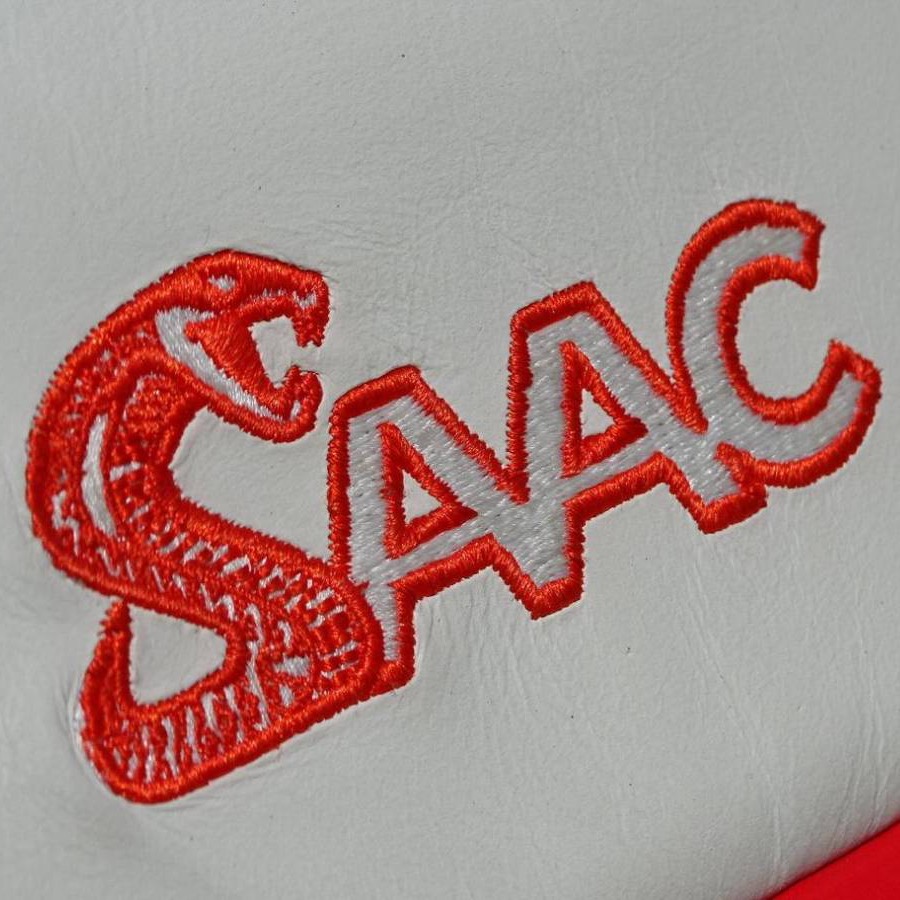 SAAC planned on building 250 units, however because they were expensively hand-built with a buyer-alienating price tag, only 65 ended up being produced. This example is just one of eleven Mk2’s built to ‘Super Snake’ specs, and eight were hatchbacks while just three were convertibles. Of those three convertibles, only ONE was painted ‘Performance Red’. Ordered with no expense spared, this car was also one of the lucky recipients of a full custom SAAC interior. None of the SAAC touches are particularly understated, so it’s easy to picture the original buyer sitting down with a SAAC sales rep and checking all the boxes on this one-of-a-kind beast.

Putting a value on this is enigma is somewhat impossible, but we have seen higher mileage convertible Fox Body ‘Stangs approach the $20k mark, and considering the rise in certain ‘90s cars due to Gen-Xers and Millenials with RadWood fever, we don’t see any reason why this baby shouldn’t skyrocket in value in the near future. All things considered, this car’s list price seems like a steal to us.