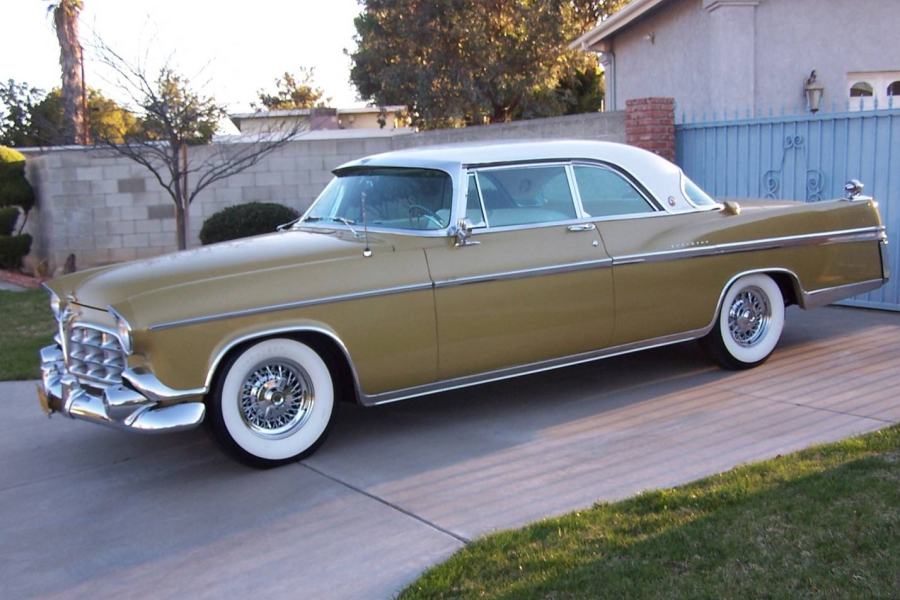 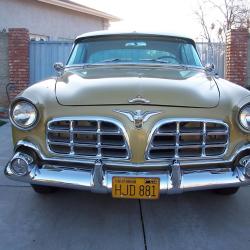 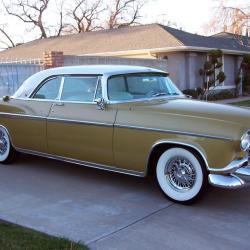 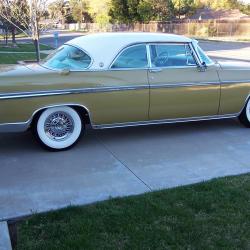 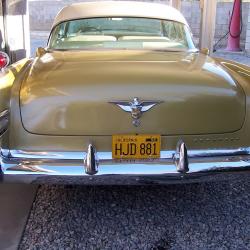 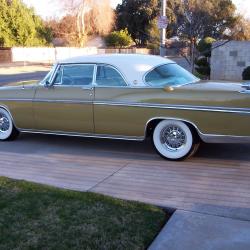 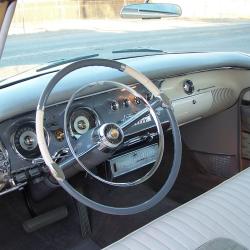 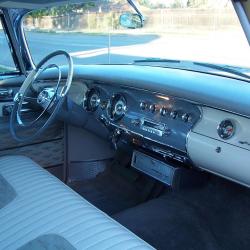 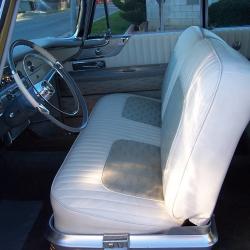 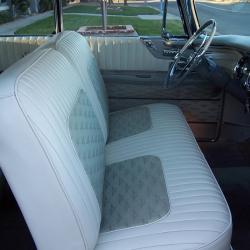 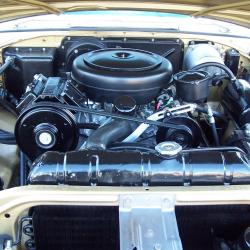 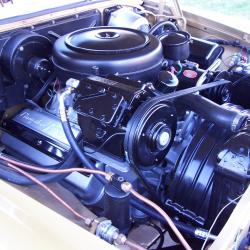 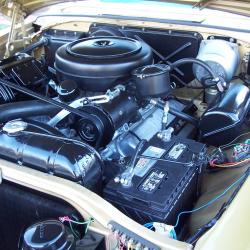 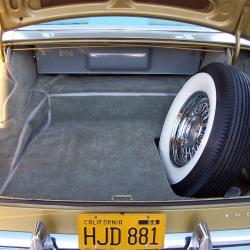 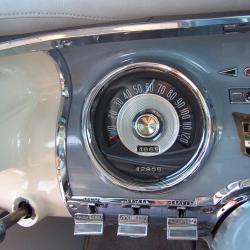 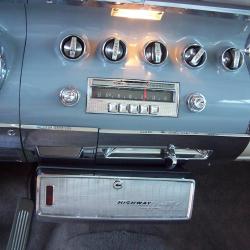 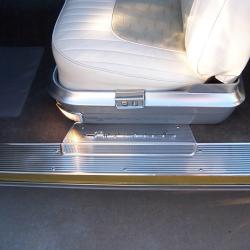 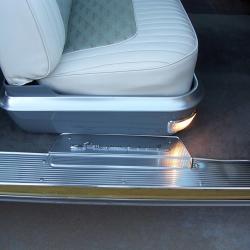 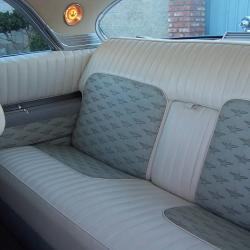 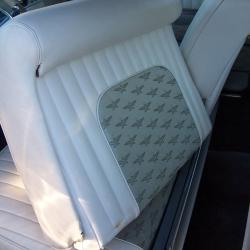 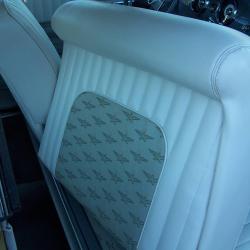 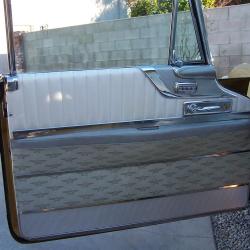 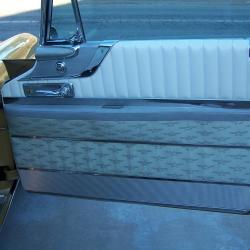 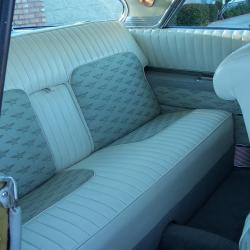 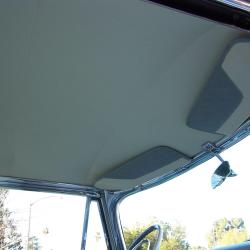 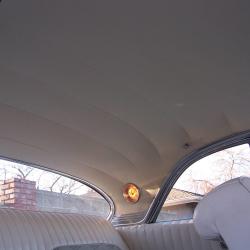 Styled by renowned automobile designer Virgil Exner, Chrysler’s 1955-‘56 Imperial models stand among the best of all American cars of the era. Chrysler’s engineering prowess delivered strong ‘Hemi’ V8 power and newly available automatic transmissions to match the Imperial’s fine looks. The Imperial marque’s unique status within the Chrysler model lines heightened prestige and competed directly with Lincoln, Continental, and Cadillac, while Packard was swallowed by Studebaker, soon to be no more. For 1956, the Imperial line included the Southampton Hardtop models in 2- and 4-door body styles. 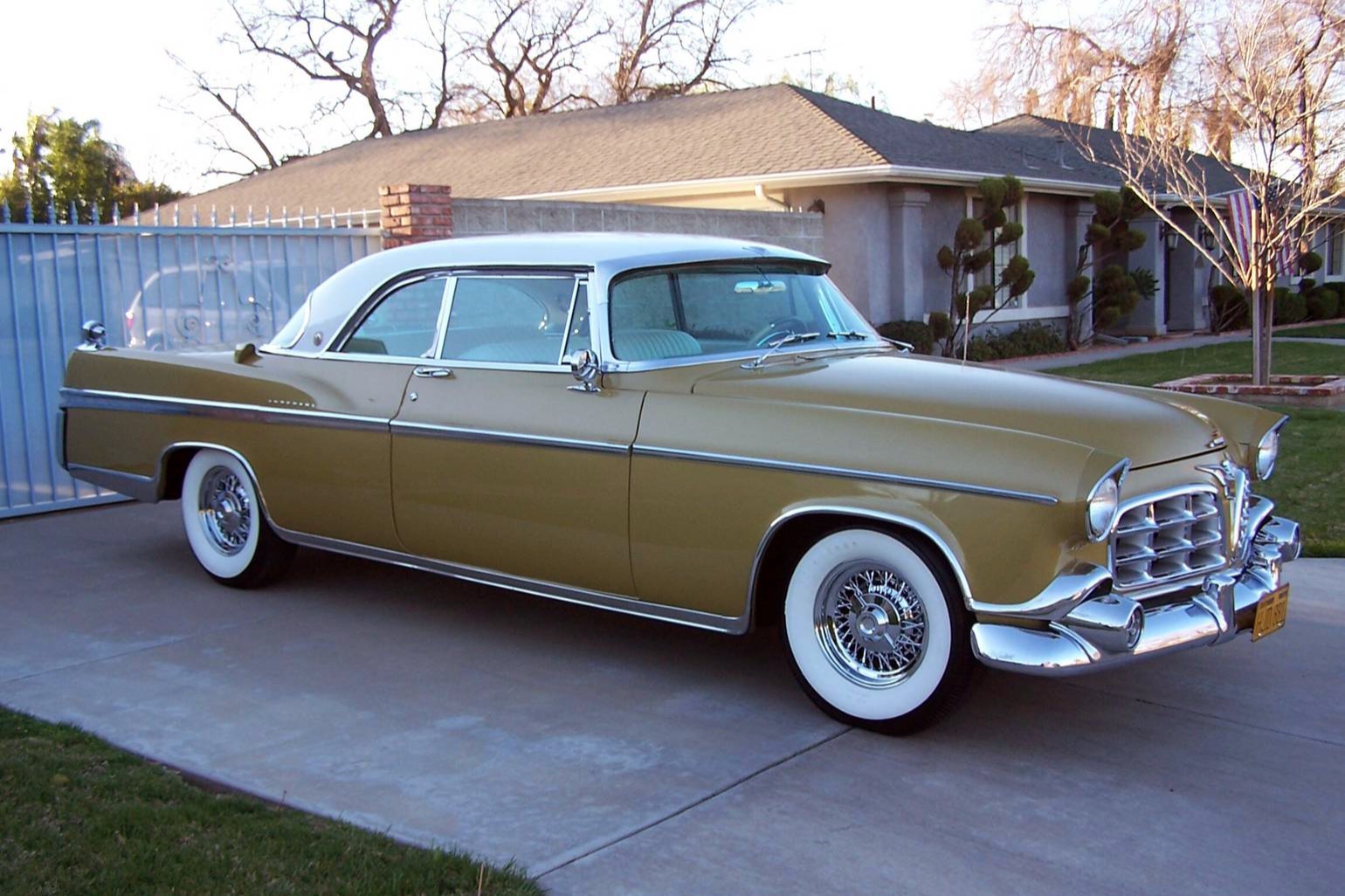 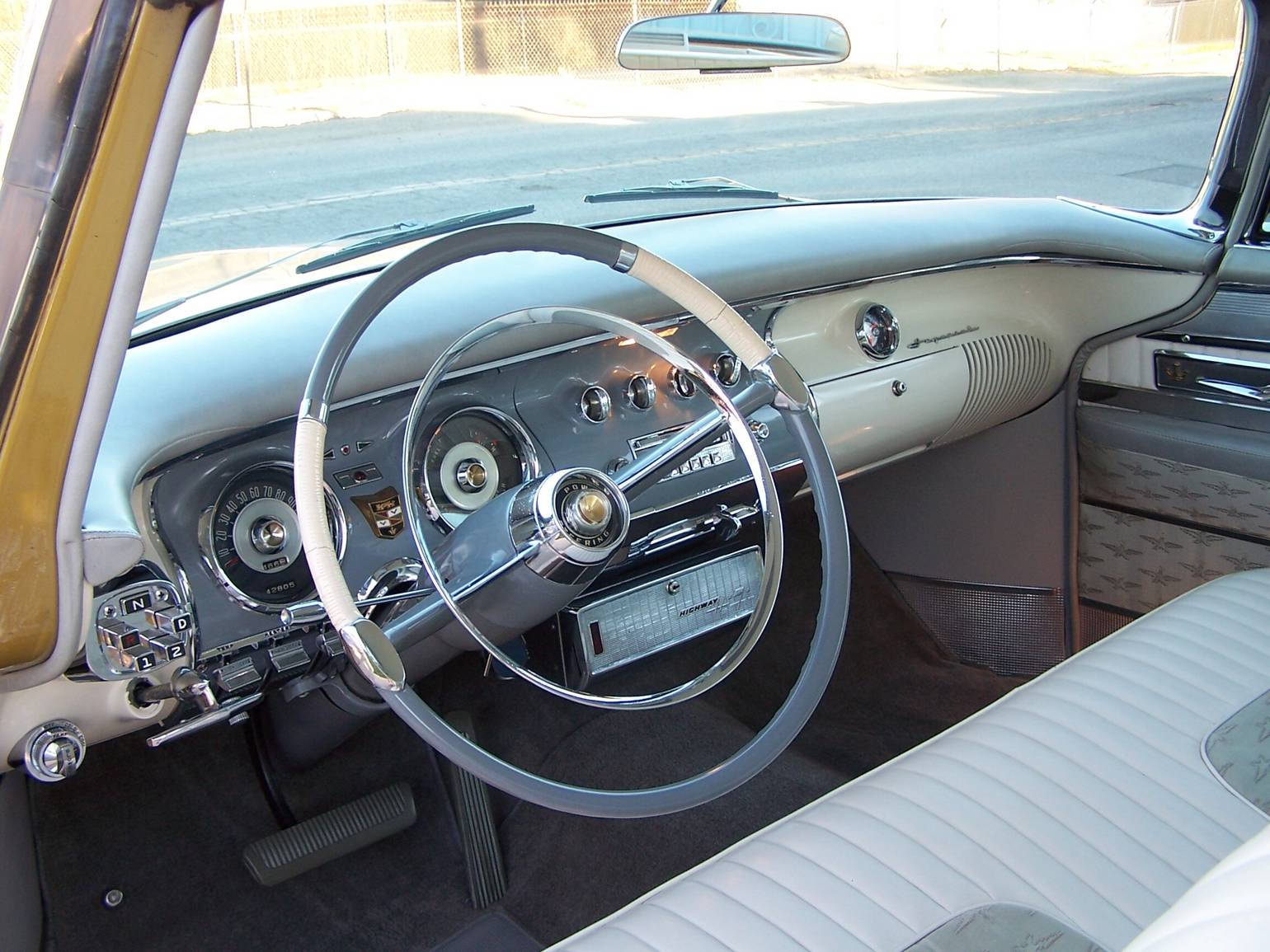 Just 2,094 Imperial Southampton 2-Door Hardtops were built for 1956, arguably one of the finest model years under Virgil Exner’s watch at Chrysler Corporation’s design studios. This wonderful example continues to benefit handsomely from an older restoration and looks great in its Nugget Gold/White 2-tone paint and Gray Eagle cloth/White vinyl interior. The 280hp 354ci ‘Hemi’ V8 engine was rebuilt and the original Powerflite automatic transmission was swapped out in favor of Chrysler’s celebrated TorqueFlite 3-speed automatic. Options are many, including factory A/C plus power-assisted brakes, steering, front seat, windows, a rebuilt radio and clock, as well as a cool “Highway Hi-Fi” under-dash record player, but it’s unfortunately not working. Chrome wire wheels and wide whitewalls finish it off nicely, and according to the seller, this handsome and rare Imperial runs and drives great, to boot. 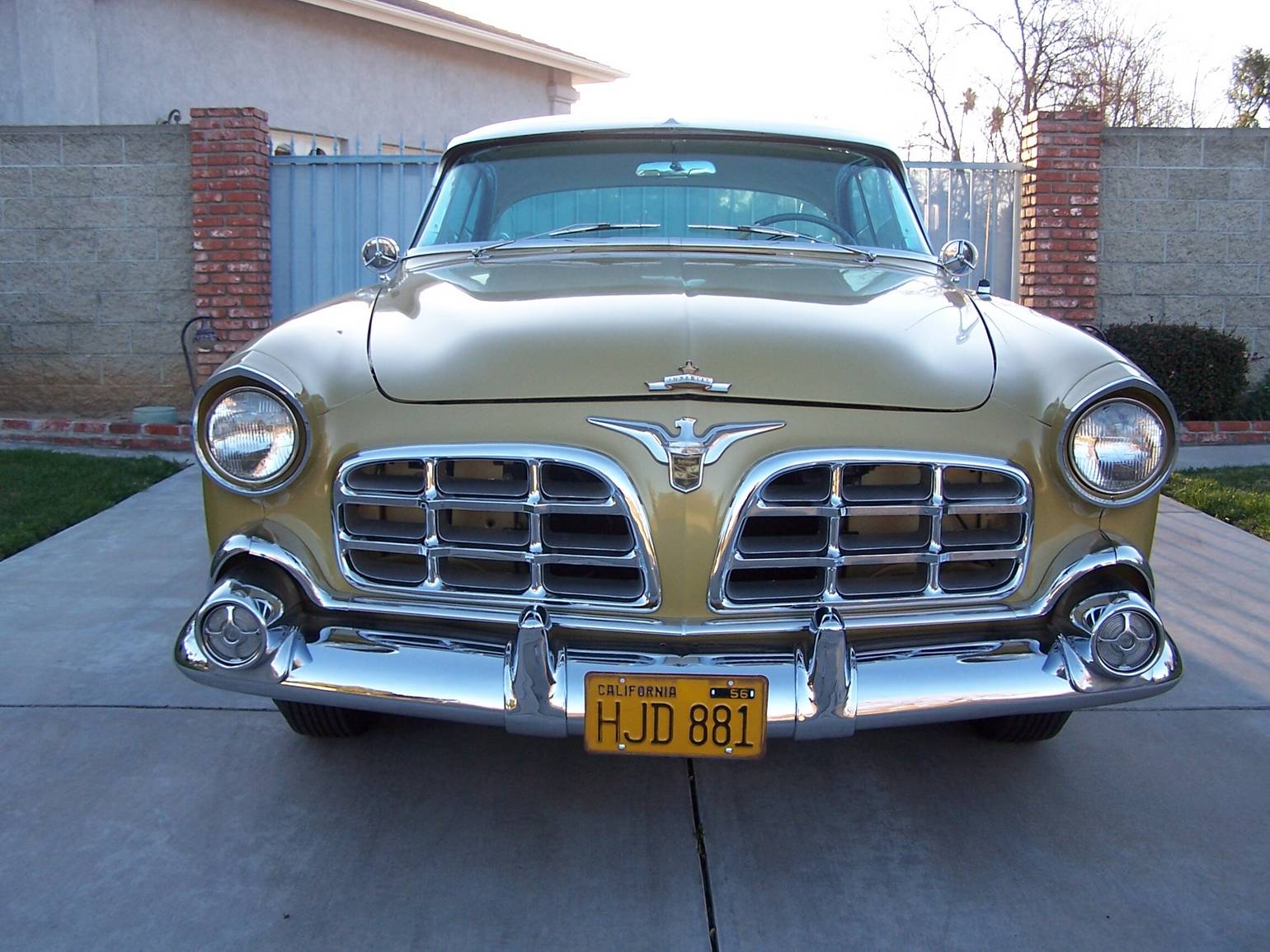 This very rare 1956 Imperial Southampton 2-Door Hardtop looks great and its updated TorqueFlite automatic transmission is a definite plus that should only improve the driving experience while keeping the car true to its roots. It’s quite capable of enjoyable driving and ride and handling, while not akin to small sports cars, is certainly a cut or two above the rest of the American luxury car field of the 1950s. The ‘Hemi’ V8 engine is a desirable performance icon and the car will likely be a treat to drive and tour. It should certainly be considered Fair Market at or near the seller’s asking price.