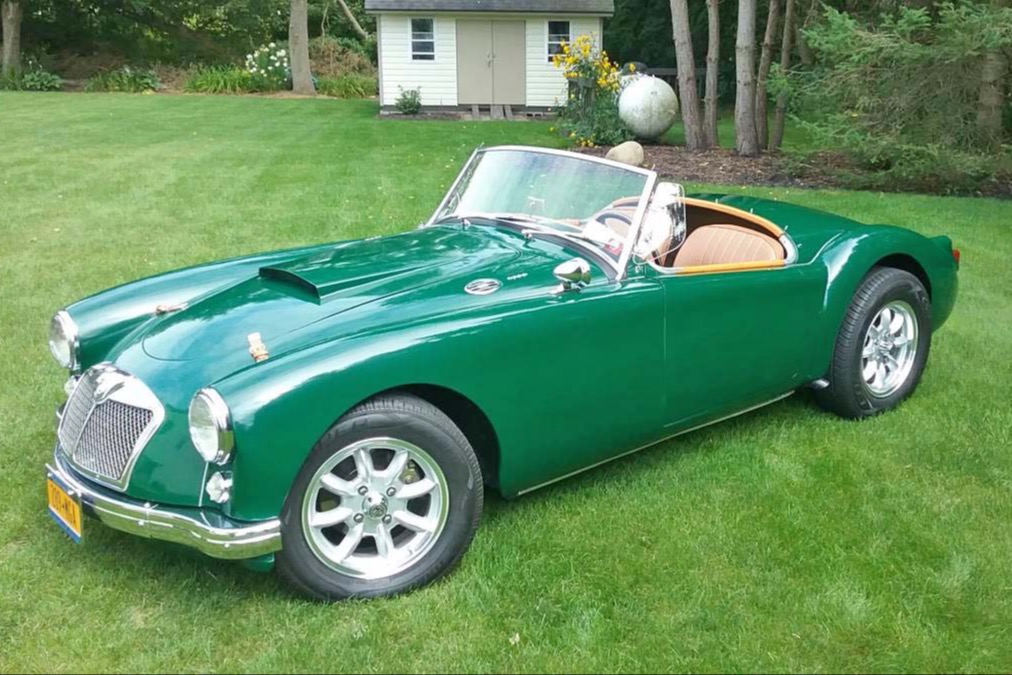 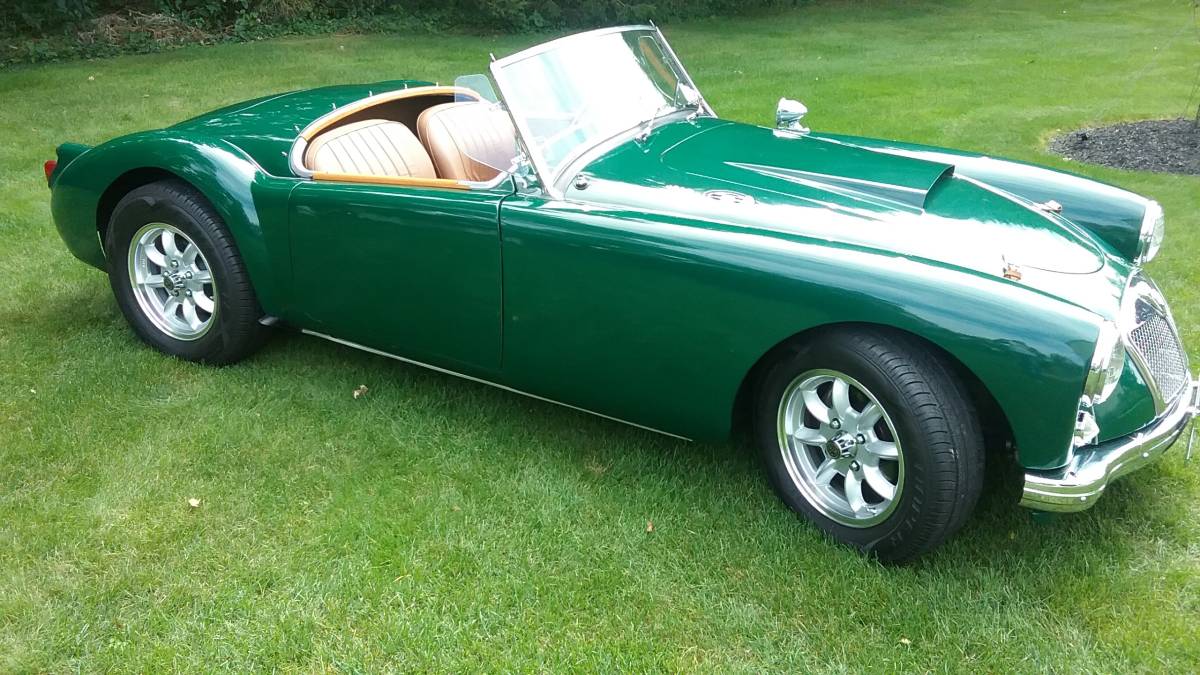 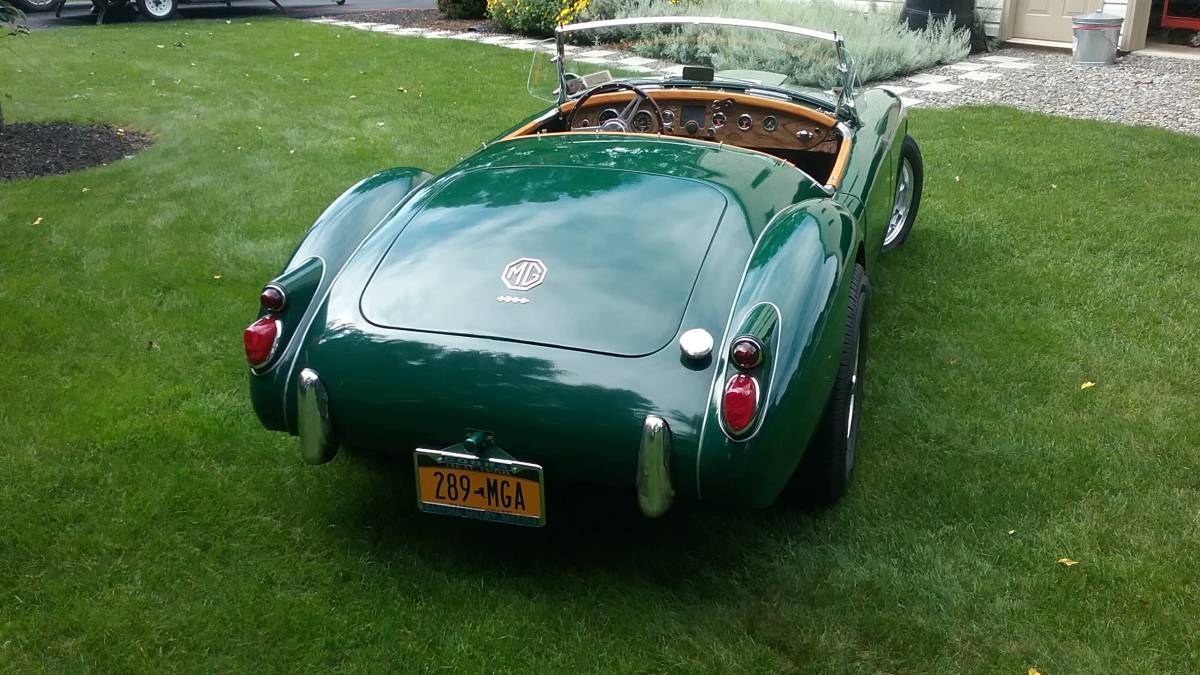 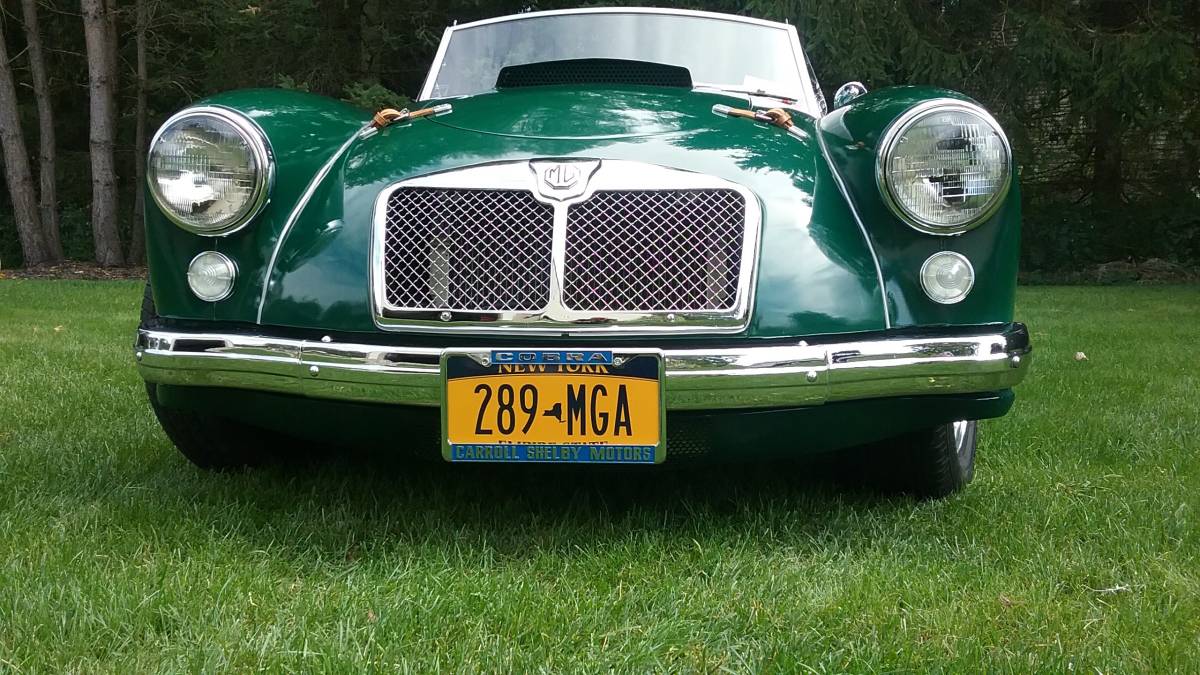 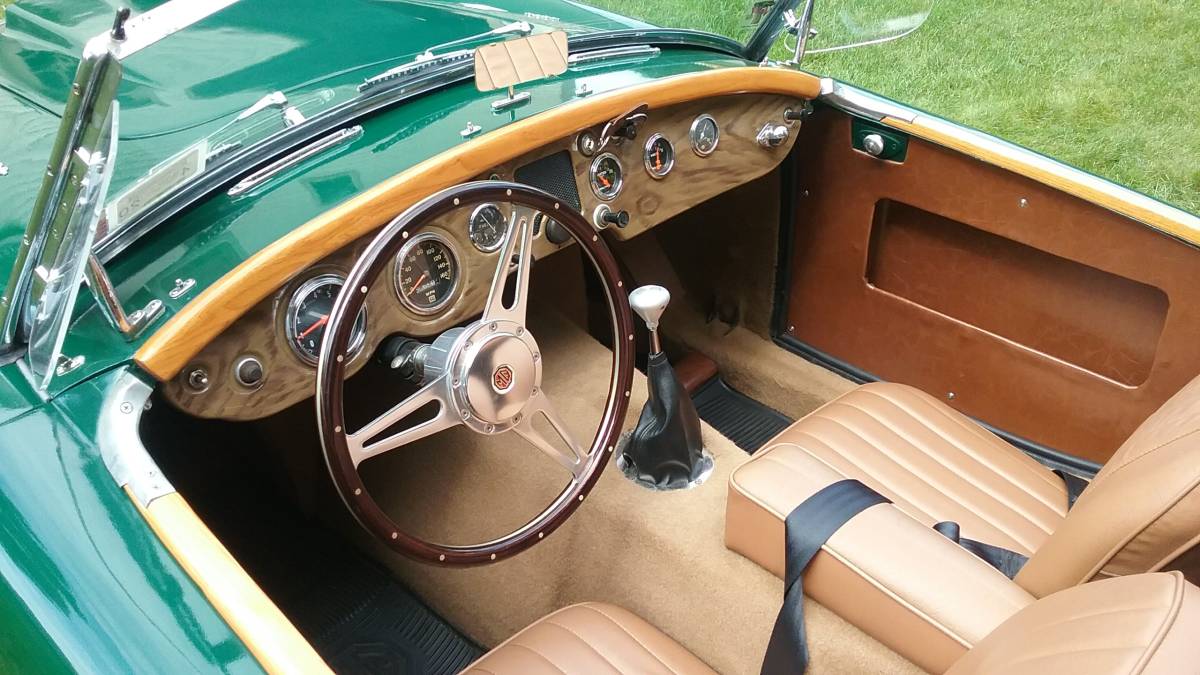 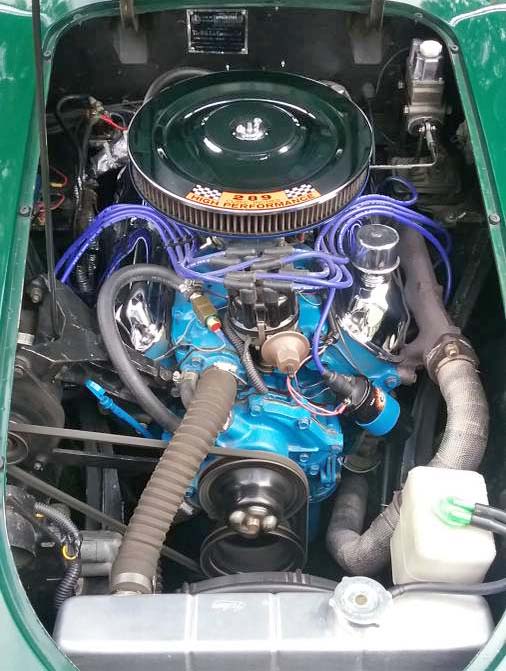 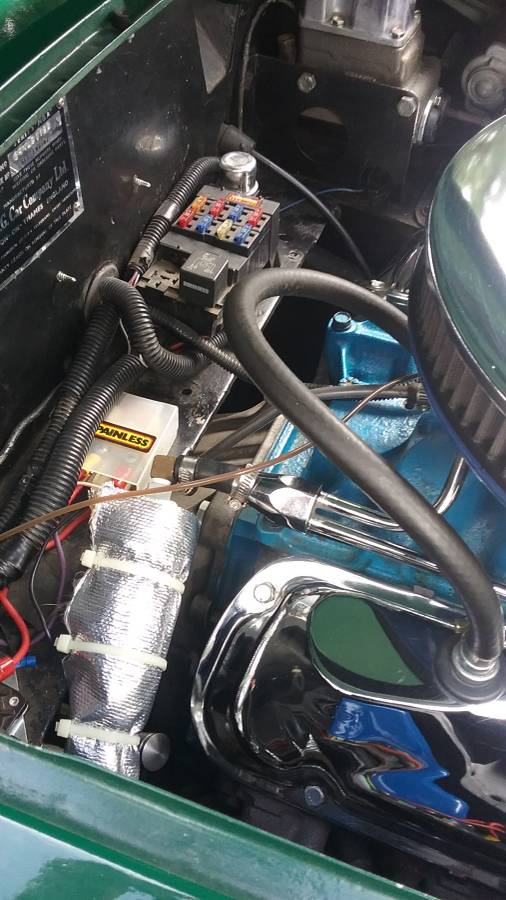 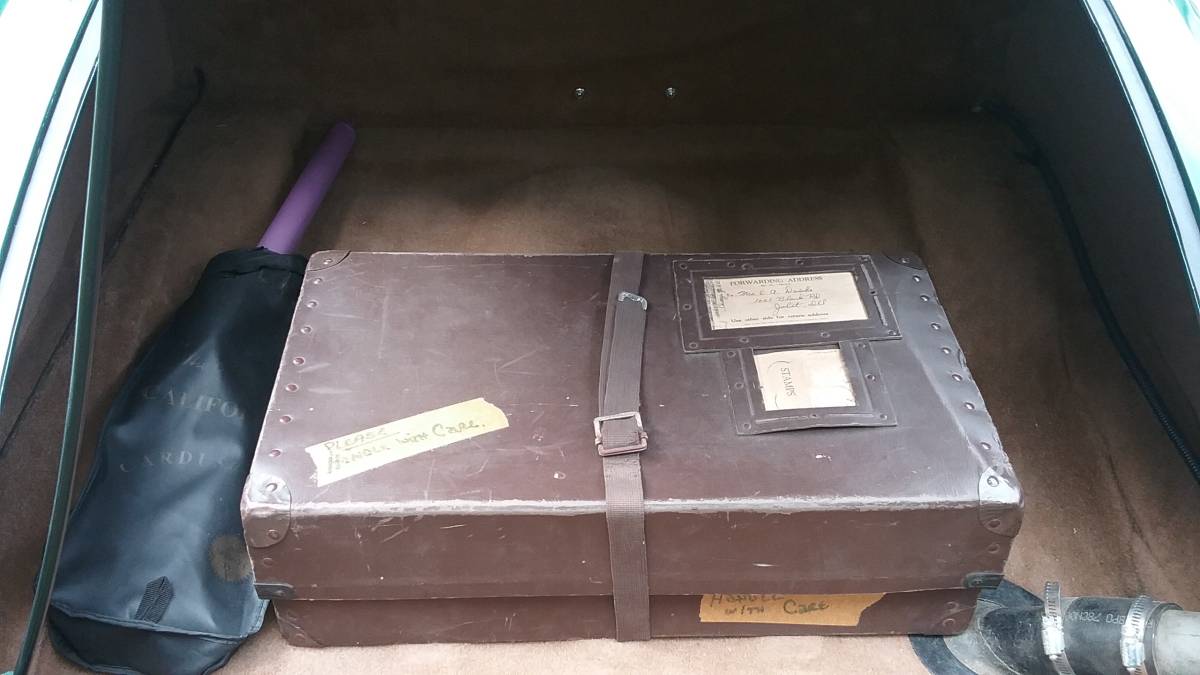 We love it when cars have a cool backstory or some kind of interesting period history, so when this V8 swapped MGA crossed our path online, we were delighted to say the least. This car was featured in British V8 Magazine in July 2012, where the seller gave his account of how the car came to be.

It was owned in Colorado before being purchased in 1968 by a Navy pilot stationed in San Diego, who then proceeded to drive it in stock form before being deployed to Vietnam on the USS Enterprise. While on the Enterprise, he made a deal with a fellow pilot to purchase a 260ci Ford V8. When he returned to San Diego in 1969, he found out that another serviceman on the base was going to install a 289ci V8 into his Mustang and figured it would be a good time to swap the 260ci V8 into the MGA. They went to a nearby junkyard together, and the owner of this car acquired an automatic transmission, rear end, and drive shaft from a Mustang while the other serviceman got the 289ci V8.

The swap was competed in November 1970 a day before the pilot was discharged, and being that there was no time for a road test, he drove it home all the way to Ithaca, New York. He reportedly said in an email to the current owner, “Damned if I was going to put the top up, plenty of heat from the engine. I had my peacoat and watch cap on and I drove all the way with no problems.” Awesome!

The pilot is said to have driven the car for the rest of the winter before trading it to a friend of the seller’s. It was eventually bought and sold by several others throughout the 70’s before becoming a lost car that they reminisced about at cars and coffee. Many years later in 2009, the seller saw a TR-4 with a 5.0L Ford fuelie swap at the Syracuse Nationals and decided to find the old MGA V8.

After consulting many car club members, the seller found out the car was in Spencer, New York, and a Craigslist ad placed by his son allowed them to gather more info about its history, but no location. A trip to the local NAPA auto parts store in Spencer proved fruitful, and they scored the location of the car.

The body was taken off the frame and refinished in British Racing Green, with the inside of the fenders, structure, and frame being coated with POR-15. The tan interior looks great and was fitted with a selection of vintage Stewart Warner gauges, the original Smiths fuel gauge, and a few AutoMeter gauges. Lastly, VTO 8-spoke wheels were added.

The seller claims that he enjoyed the car with his family for several summer driving seasons but notes that he doesn’t drive the car as much as he’d like to anymore. He’s realized it’s time to find it a new home and has put it up for sale with a respectable asking price. We certainly hope this car will find a new owner soon and accumulate some more time on twisty mountain roads. If it were any closer, we’d definitely take a look.