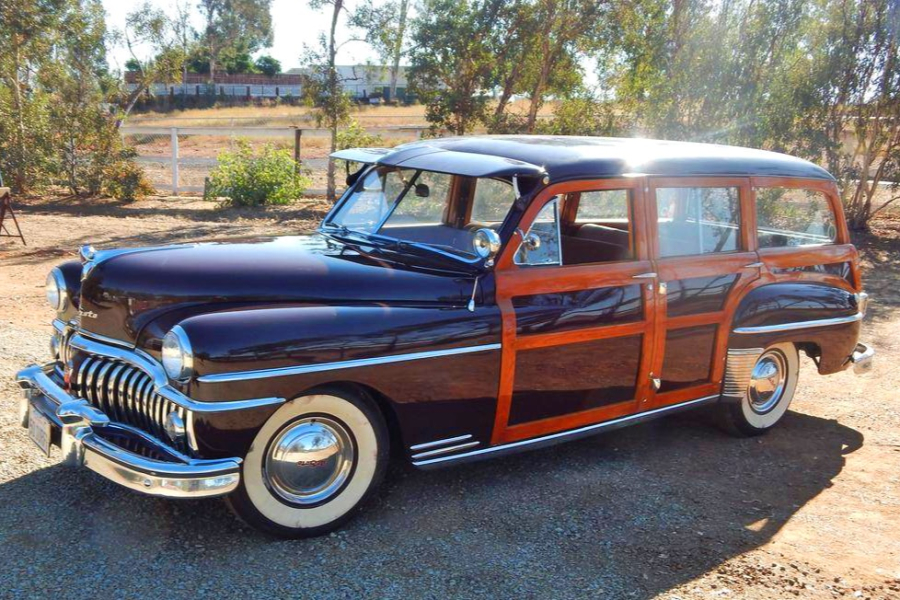 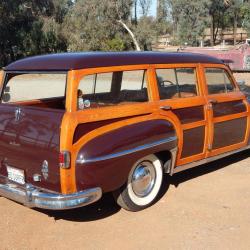 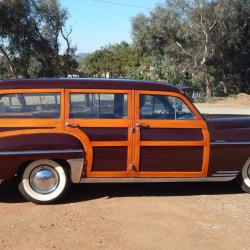 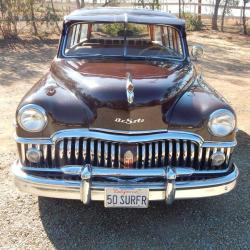 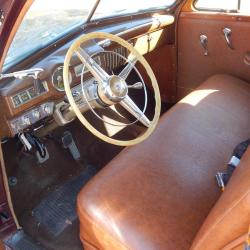 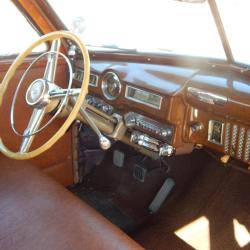 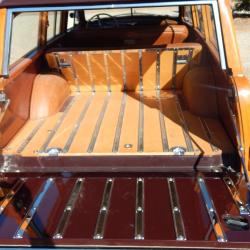 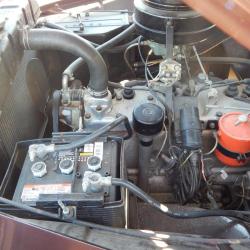 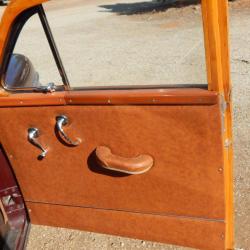 Established by Walter P. Chrysler in 1928 as a companion marque to attack the growing mid-price market occupied by such marques as Buick, Pontiac, Studebaker, and Willys-Knight, DeSoto represented a winning combination of features, power, style, and great value until the unpopular late 1960 decision was made to eliminate the brand after the 1961 model year. As with all American automakers, huge demand in the postwar seller’s market dictated that cars sold just prior to full-scale involvement in WW II continued to be produced during the late 1940s, but with some refinements, while all-new designs were quickly evolving on Detroit’s drawing tables. As part of Chrysler Corporation’s automobile brands, DeSoto styling of the late-‘40s / early-‘50s continued to be influenced by company president K.T. Keller’s dictum that cars must have roofs tall enough to accommodate hat-wearing passengers. Nonetheless, changes slowly appeared at this time while the automotive world awaited the arrival of stylist Virgil Exner, who would revolutionize Chrysler Corporation’s design language with the Ghia-built dream cars he designed predating his massively successful “Forward Look” of the 1950s. 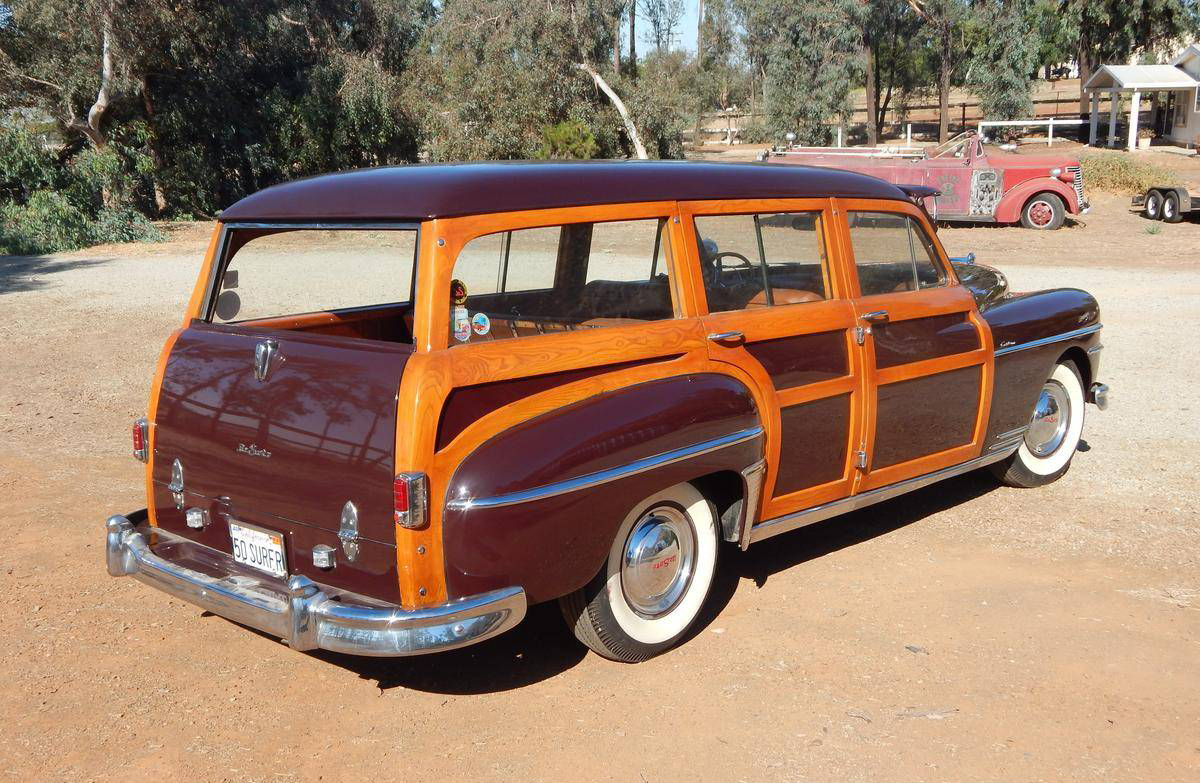 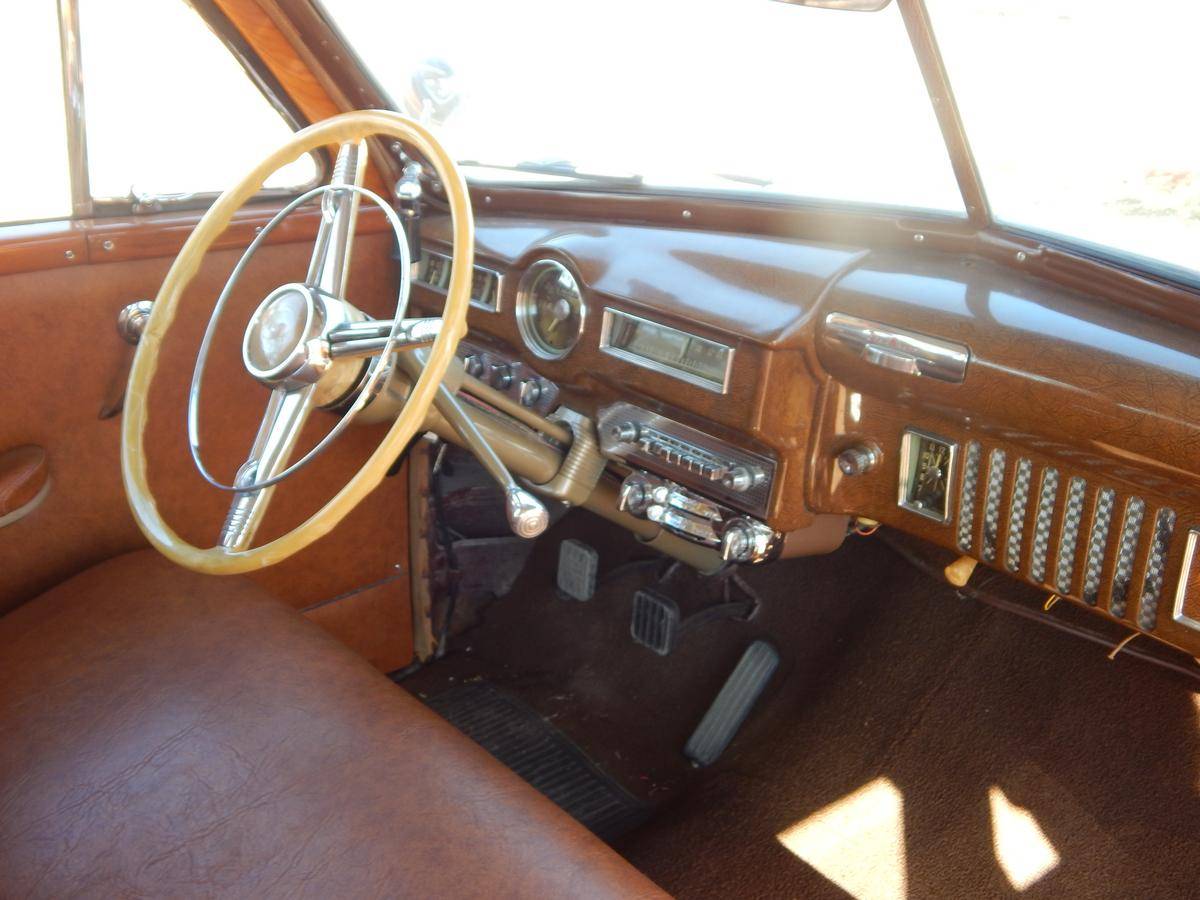 One of the vehicles designed to cast a glamorous shadow on the rest of the pre-Exner Chrysler lines was the 1950 De Soto Custom Station Wagon – the last true “Woodie” from the marque to utilize structural wood framing. Just 600 of these luxurious and capable haulers were produced and according to the seller and an article on this very car published in the February 2017 edition of Collectible Automobile magazine, as few as two or three restored examples remain in existence today. It looks simply fabulous and we understand that it won the San Diego Museum Director's Choice Award at the La Jolla, California Concours d'Elegance. Powered by a torquey 236.6ci L-head inline 6-cylinder engine renowned for strong hill climbing capability, this DeSoto features a semiautomatic Tip-Toe hydraulic shift transmission, DeSoto’s verbiage for Chrysler’s Fluid-Drive setup, an early evolutionary step toward a full-automatic transmission. According to the seller’s online description, “the engine idles so smoothly, you don't even know it's running,” a desirable trait when smoothness, quietness, and durability were paramount virtues of a quality automobile. They also stated that this wonderful classic Woodie is available for inspection and test drives on any weekend.

Beautiful regardless of the era, but a wonderful touchstone to one that’s sadly gone by, this 1950 DeSoto Custom Station Wagon is indisputably impressive and fairly reeks of luxury and the sporting life. As one of the last cars of its kind from DeSoto, let alone one of the last in existence, it is an obvious collectible worthy of continued preservation and sparing enjoyment. Navigating Hagerty’s price guide listings for the 1950 DeSoto Custom models, it appears that an excellent #2 should attract $90.9k and a concours-quality example should be worth $126k. Since so few exist, we’ll leave the value discussion here, with this example seemingly a #1 quality specimen, priced to sell in a reasonable timeframe for #2 money. We hope to see it again soon on the show field! 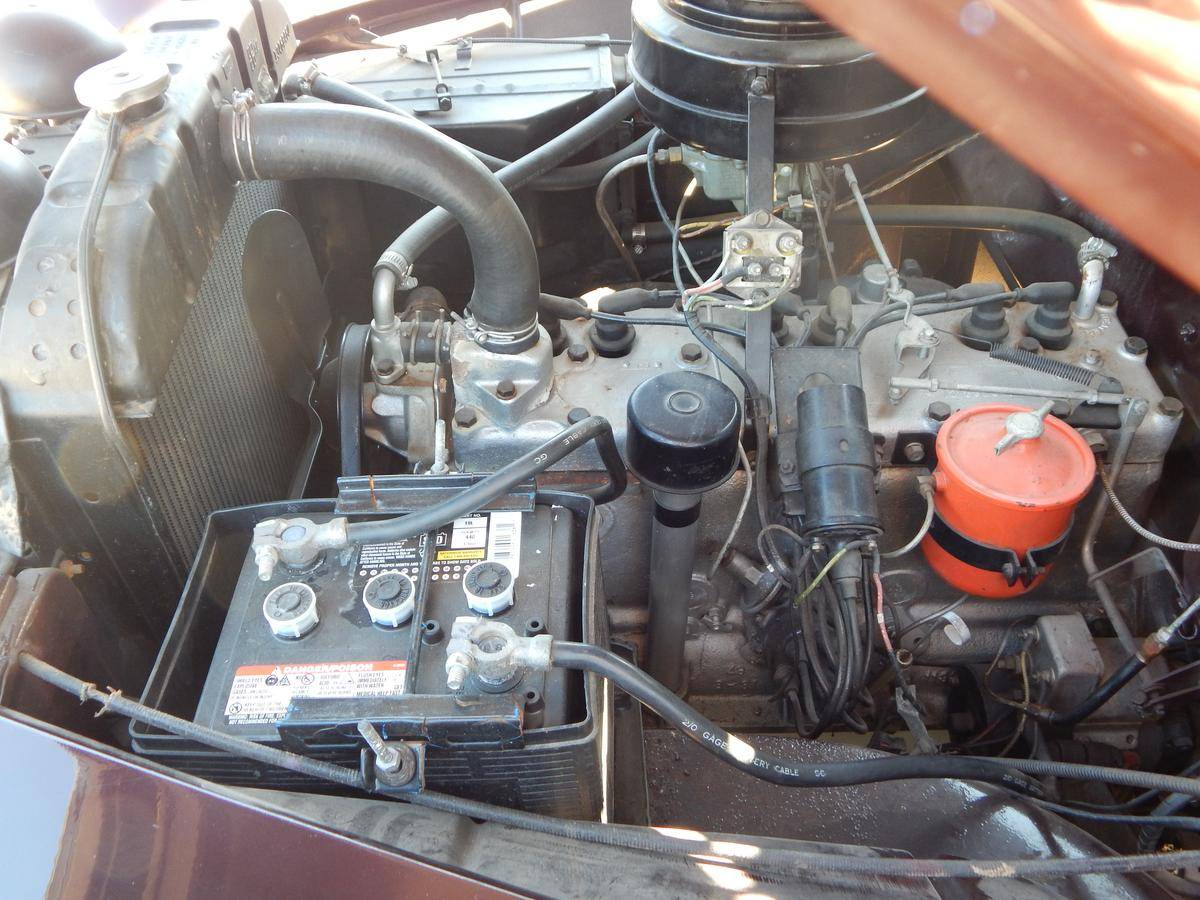 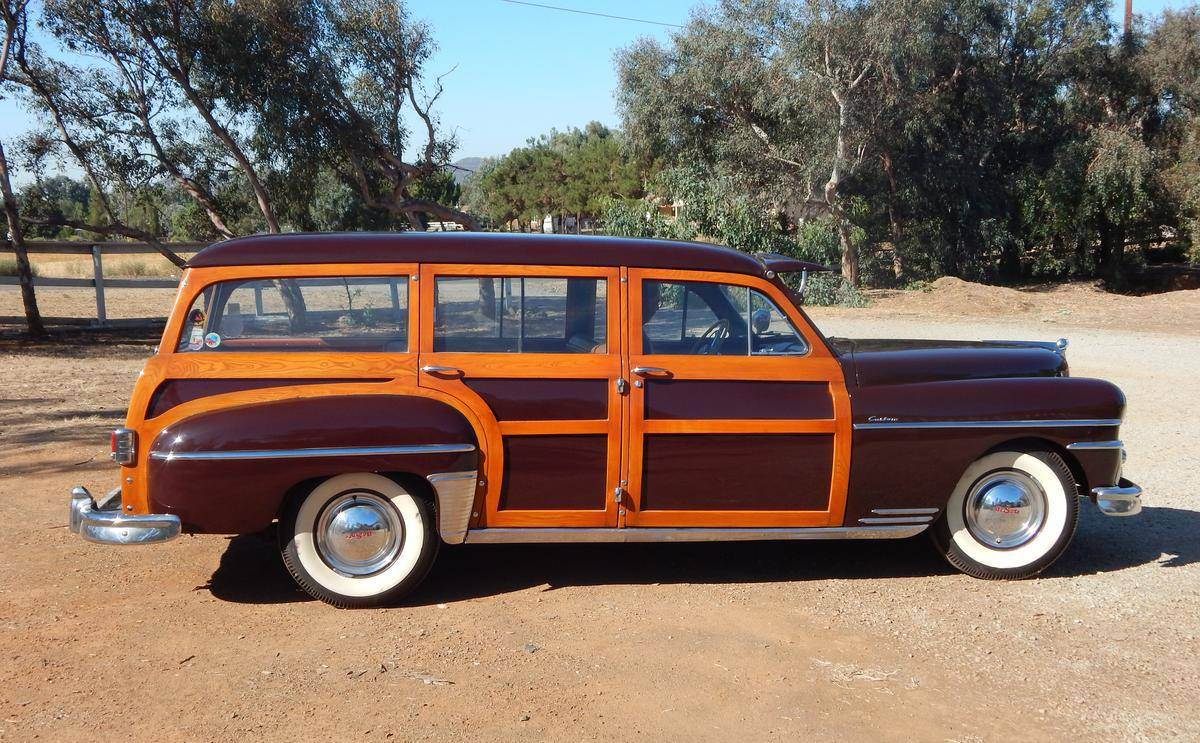