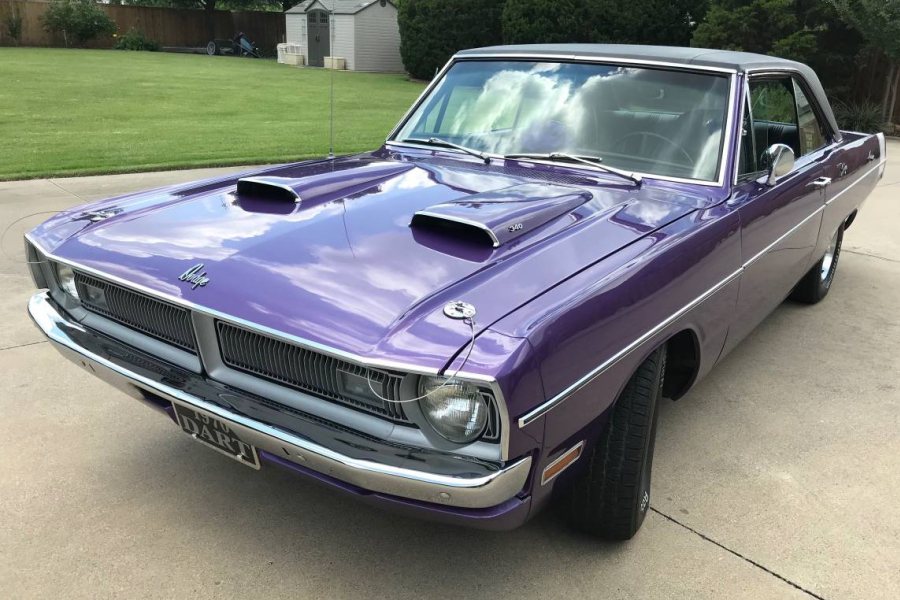 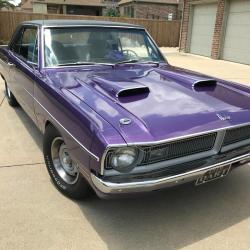 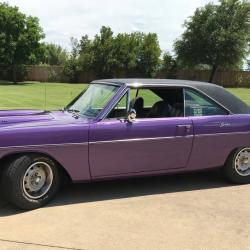 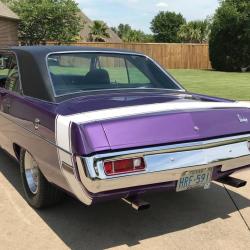 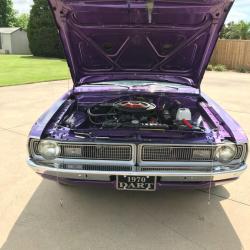 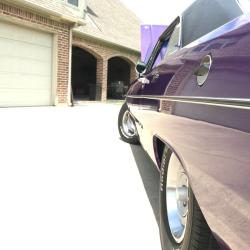 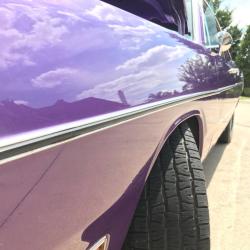 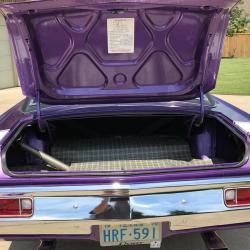 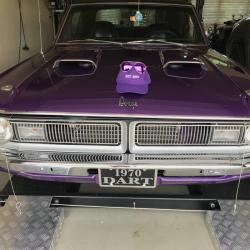 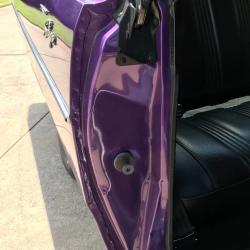 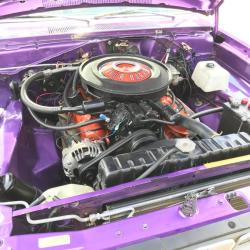 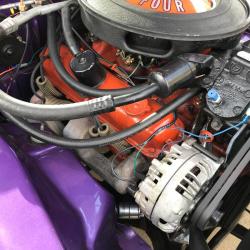 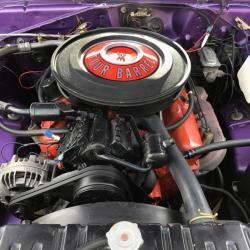 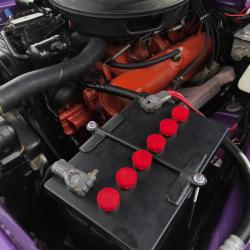 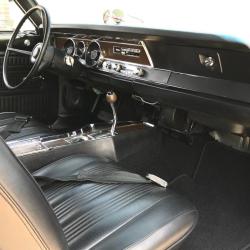 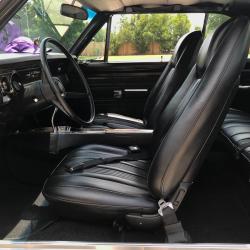 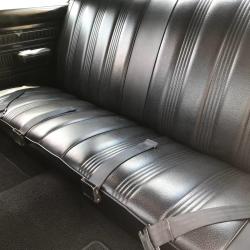 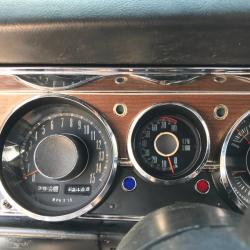 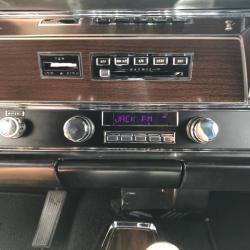 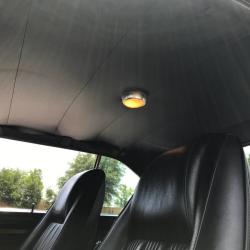 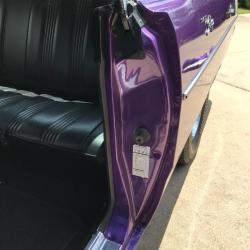 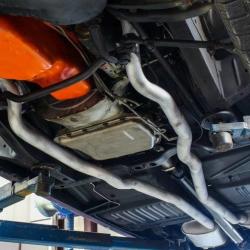 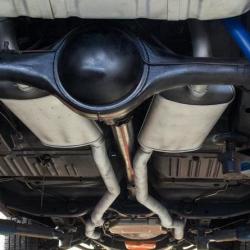 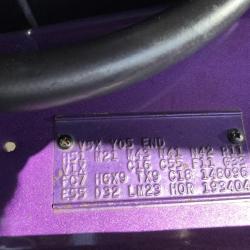 We need to start with some simple facts. The democratization of power is a wondrous thing. Cars in colors make the world go round. V8 engines sound good. Beauty rings are bad ass. We could go on like this for a while, even demonstrating the Dodge Dart Swinger 340’s deficits and pitching them as positives. For example, factory hood pins look real racy, but double as a functional safety feature! Also, dual non-functional hood scoops are factory spec for this model, prioritizing the “show” just as much as the “go”! Bumble bee stripes were a custom option, as was the vinyl roof on this example – both jazzy additions that fall under the catch all category “bells and whistles”. As far as the cosmetics and the mechanicals, there’s a lot to like here. The underside is fresh as a daisy and bone dry. The bare metal respray was probably done to a fairly high standard, considering how fastidious the owner has maintained the vehicle over the years. The fender tag lists all the factory option codes that can be cross referenced to the part stampings, and like the seller states, few of these have so many options. 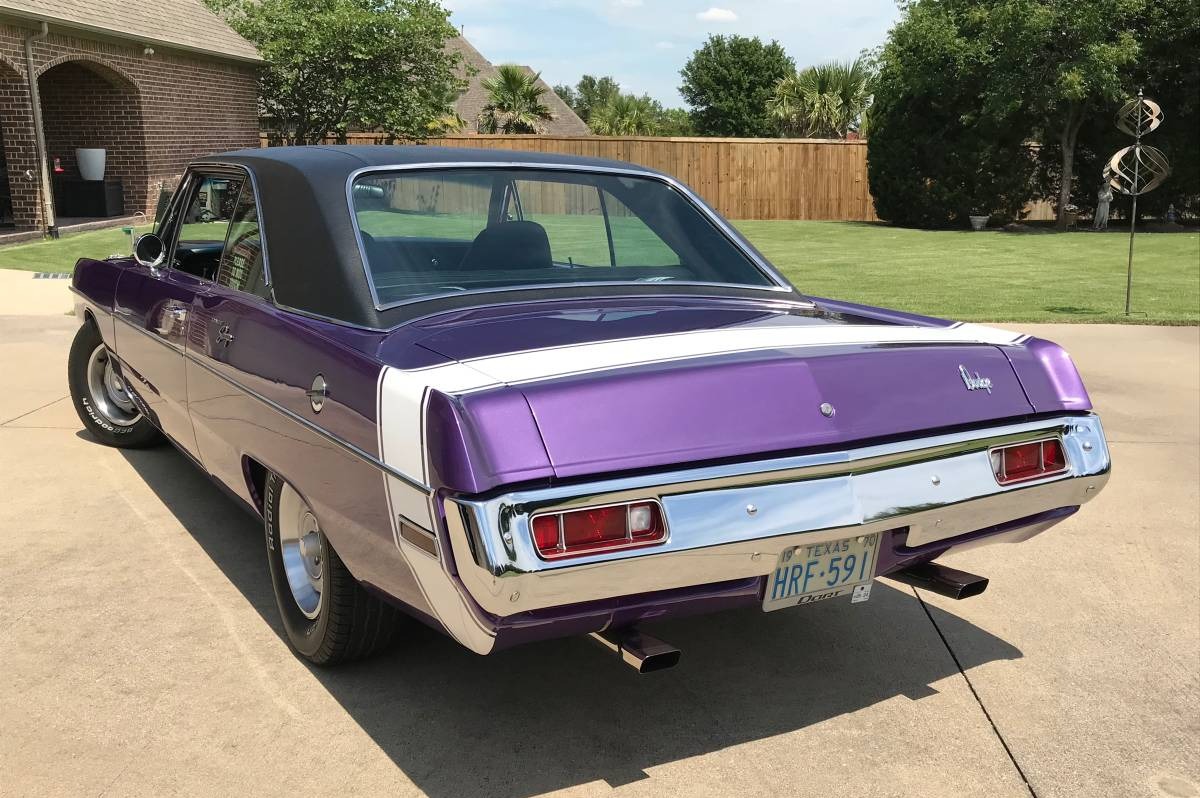 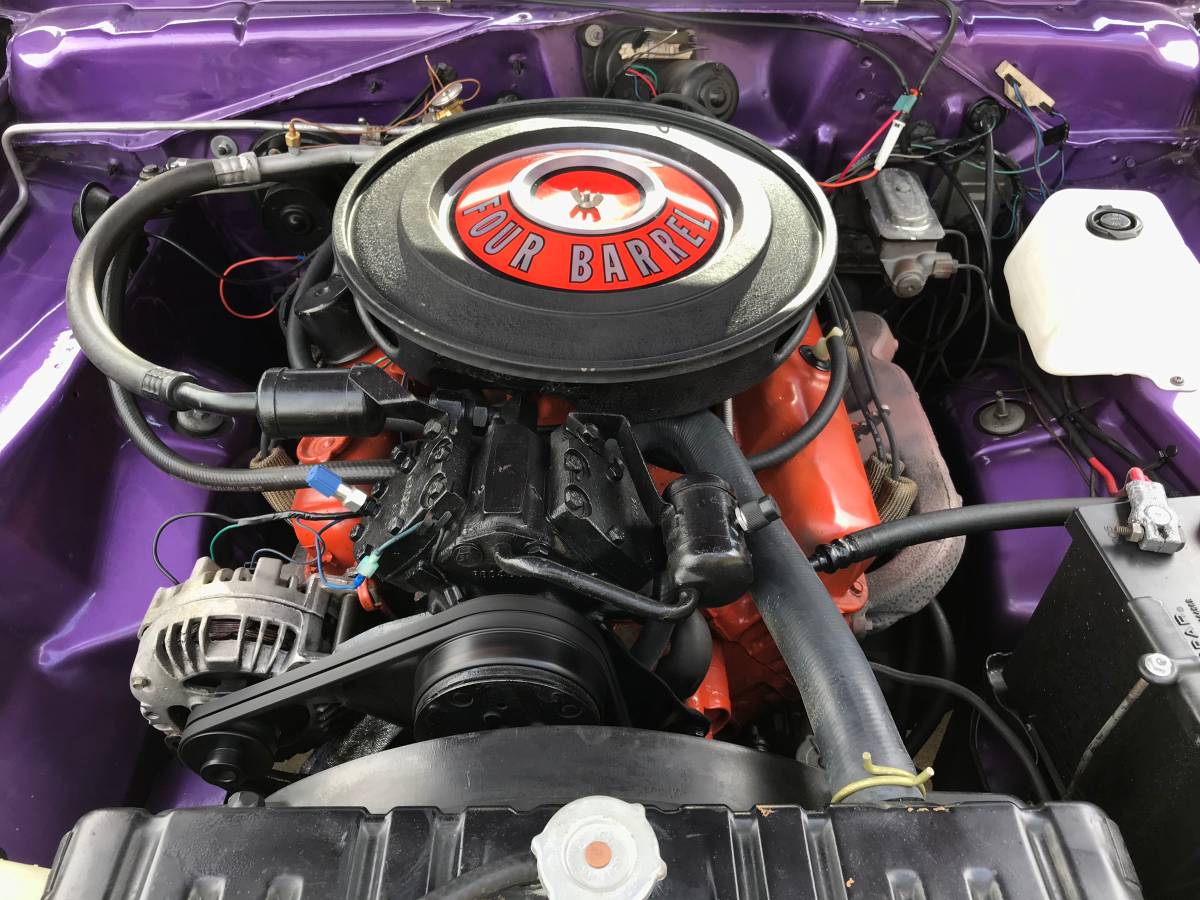 A lot of detail is provided in the ad regarding restoration choices, including which parts are original and which are aftermarket reproductions. It’s clear there was an attempt to retain stock form and function, and the matching numbers 340ci V8 engine paired with the TorqueFlite 4-speed automatic transmission is a bombproof combination, plus modern Pertronix ignition and Edelbrock fuel delivery as the maraschino cherry on top of that performance sundae. A couple of welcome features assist in the drivability department too. Firstly, A/C. If the car is staying in Texas, this is a big deal for those weekend cruises. The vinyl seats probably aren’t as sticky as leather, but it’s nice not to have to be a guinea pig in this scenario. Second, the RetroSound aftermarket stereo with Bluetooth is a bonus, that is, if you prefer to select your tracks rather than listen to advertisements. We love the purple illumination that matches the plum paint, heck, it matches the peace symbol on the Craigslist browser tab too, groovy! Speaking of matching, did you spot the ball cap and shades?! These are the details that really win us over, an indicator of the enthusiasm for the car. It isn’t a mere commodity, more like a member of the family. To drive this car, you really do have to be a little plumb crazy. 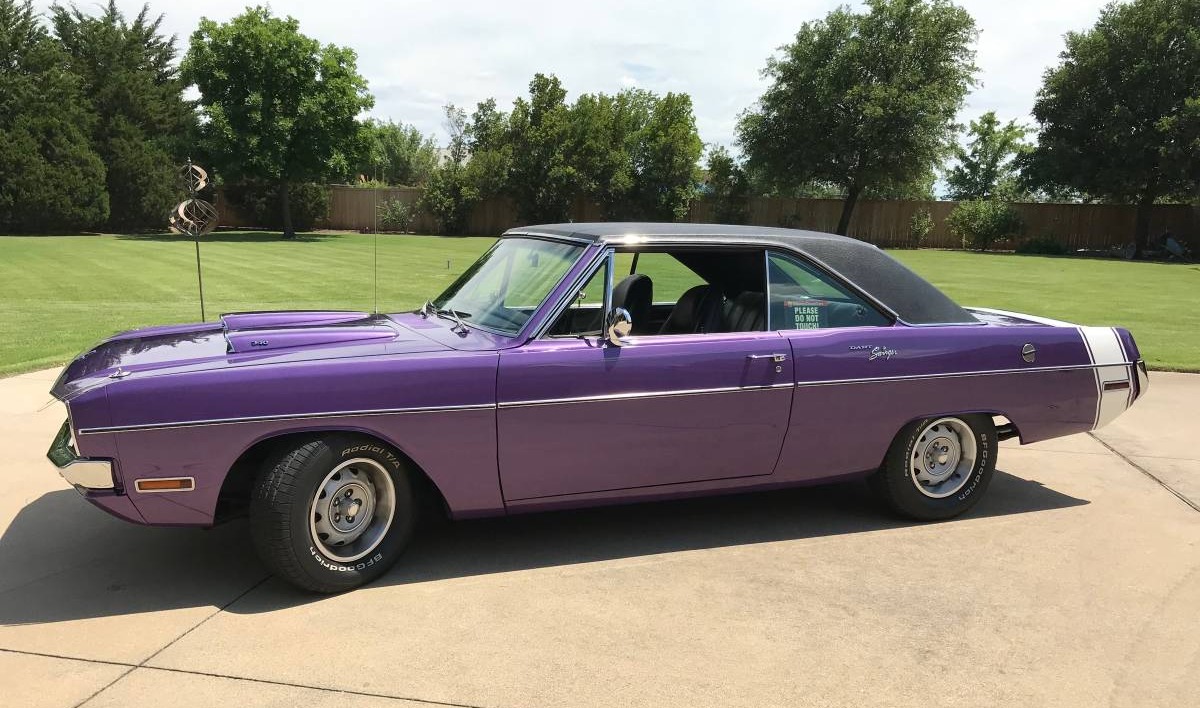 As one of the more accessible Mopar muscle machines, historically, Dart Swinger 340s have always been a good value proposition. Sometimes it doesn’t pay to fly first class...The trend continues, and being able to get some authentic A-body action in this level of condition in the mid-$30k price range is a nice sweet spot, while Hagerty’s price guide shows #2 “excellent” cars at $33,700. Based on the data at our disposal, there aren’t any reasons to mark it down any lower. A very comparable car, this time in delicious “Banana”, is currently for a little less moola. If it were our money, that poppin’ plum paint alone would be worth the premium!