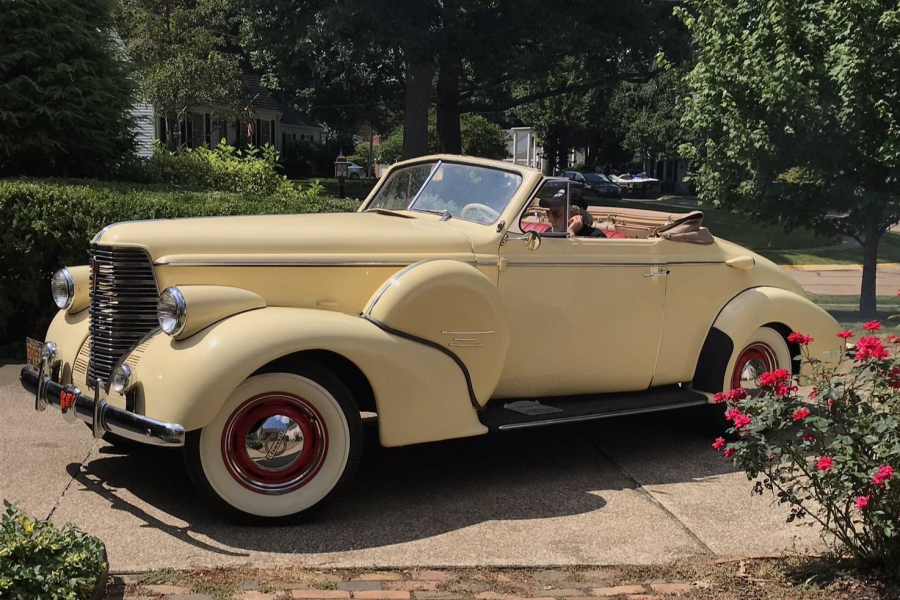 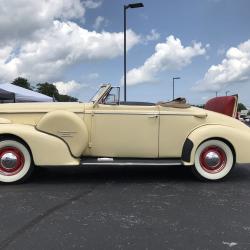 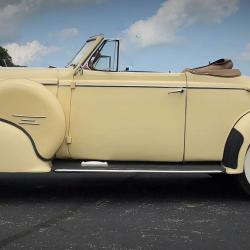 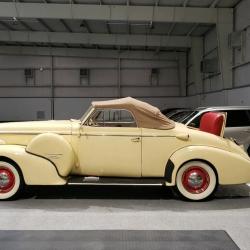 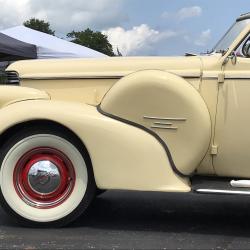 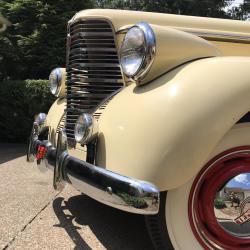 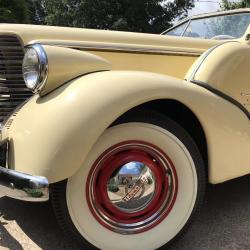 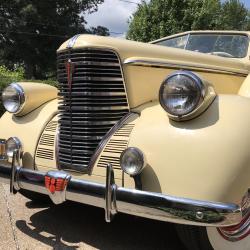 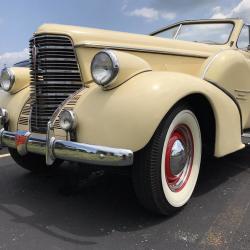 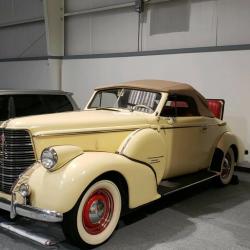 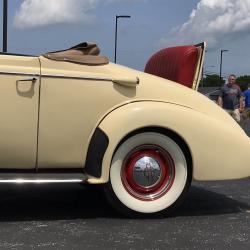 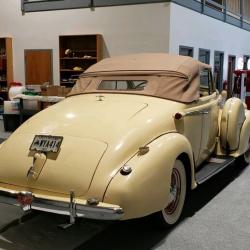 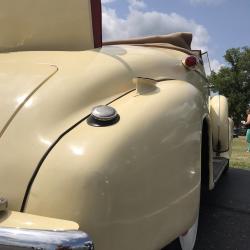 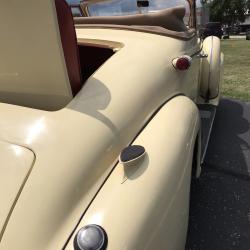 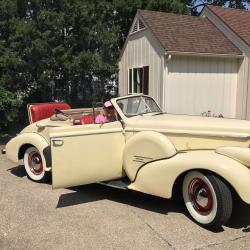 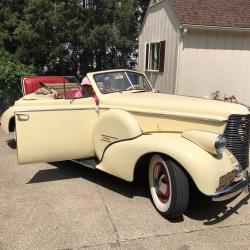 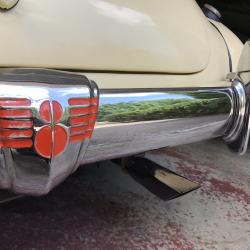 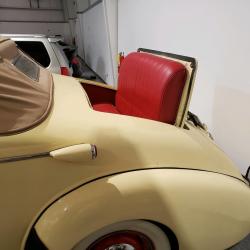 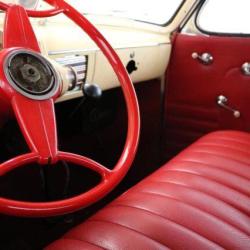 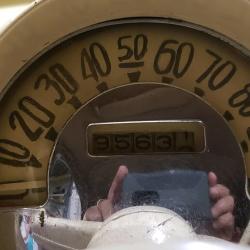 Aimed straight for upwardly mobile buyers seeking equal measures of style and sensible value, Oldsmobile enjoyed enviable status during the 1930s with available 8-cylinder powertrains (since 1932), and a wide and versatile range of body styles that looked quite unique in comparison to their stable mates from the other GM divisions. Oldsmobile was known informally to industry insiders and marque enthusiasts as the “engineering division” of GM, and by 1937, a semi-automatic “Automatic Safety Transmission” was available, along with the usual 3-speed manual unit. Further engineering advances would characterize the Oldsmobile experience during both the immediate pre and postwar era, and that momentum would make Oldsmobile one of the most desirable automotive brands through the 1980s, followed by a long, slow decline to oblivion after 2002. 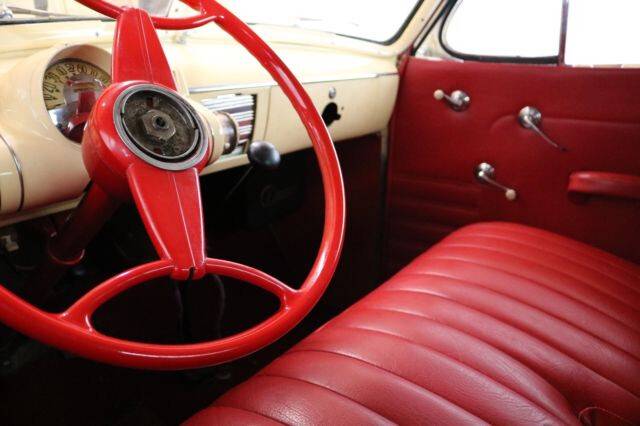 Only 475 examples of Oldsmobile’s top-of-the-line Series L 8-cylinder Convertible were produced for 1938. Our subject provides an even rarer find in today’s market, with few survivors remaining in existence, and it looks very nice sporting a partial restoration in cream exterior finish contrasted by newer-appearing red upholstery. The car’s dual side mounted spares, new-for-1938 frontal styling, and interesting taillights mounted to the rear flanks of the car, make it a standout. The seller states the canvas convertible top is new, but there are some noticeable fitment issues and close inspection of the interior reveals a missing steering-wheel hub cover and a handmade speedometer display. However, those last two items should not draw excessive focus as they’re likely “unobtainium” today, and they would likely require great time, effort, and expense to replace. Otherwise, this is an extremely rare and attractive late-1930s convertible with lots of style and grace that is also understood to drive great. It even comes with a 1938 Georgia license plate! 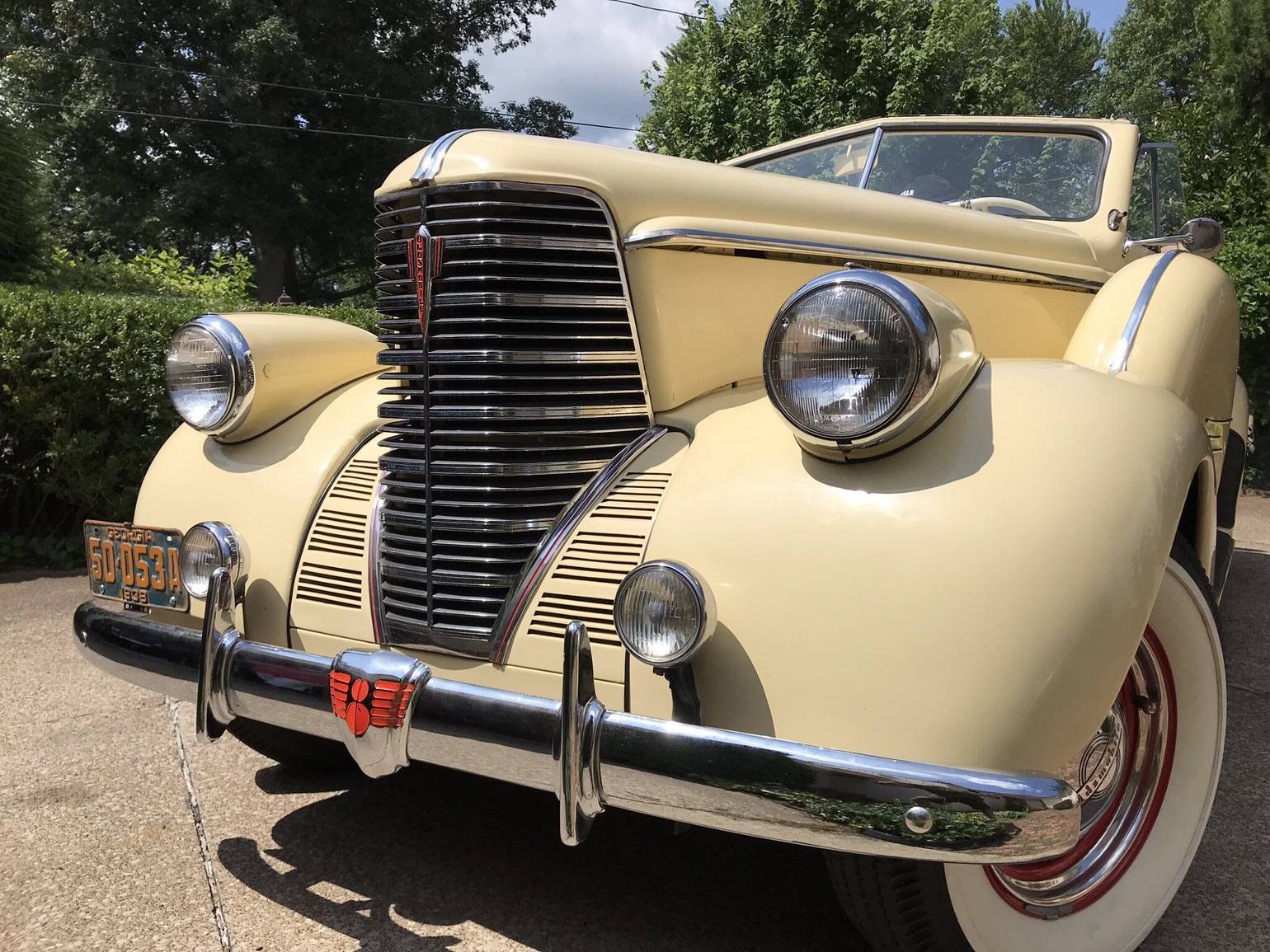 With their low production numbers, Oldsmobile’s late-1930s convertibles are rare finds in today’s collector car market, regardless of venue. Finding suitable examples for comparison purposes can be quite difficult and only one 1938 Oldsmobile Convertible (without its spare wheels) was offered in 2017 by Bring a Trailer, which passed unsold with a high bid near $30k. Our partially restored subject car appears to be in nice, albeit driver quality condition, and it’s priced accordingly, leading us to call it fair market at or near the seller’s asking price. We hope the next owner will drive and enjoy it!