Radical Fiberglass With the Heart of a Beetle: 1973 Sterling Sports Car 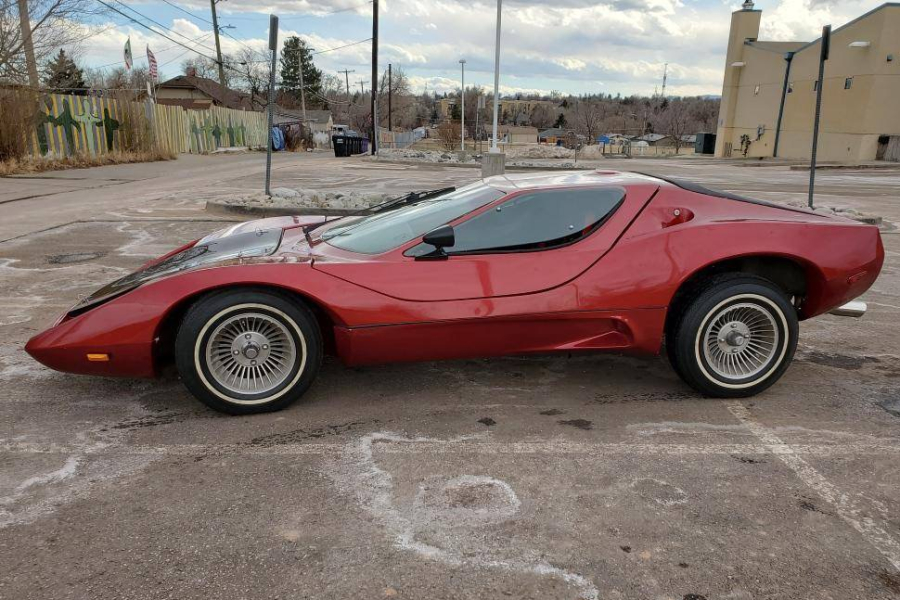 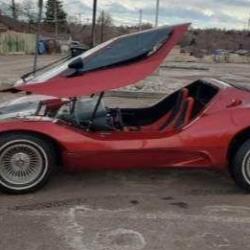 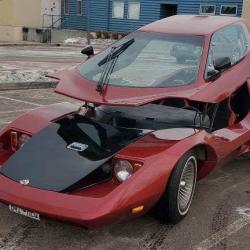 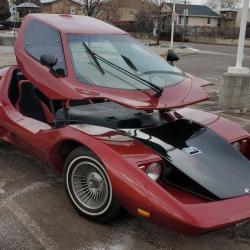 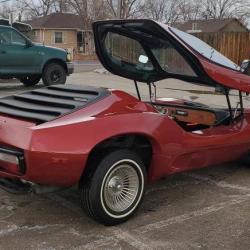 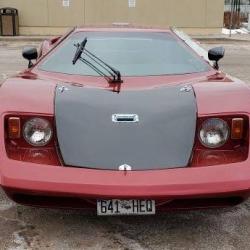 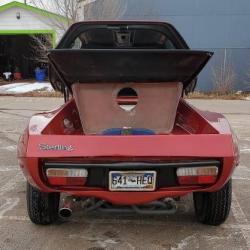 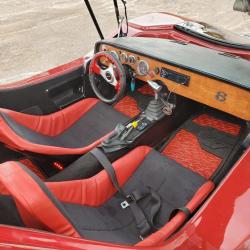 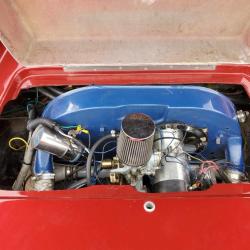 The post-war popularity of custom culture and sports car racing led enterprising individuals like Bill Devin, Bruce Meyers, and a host of others to pioneer the “kit car” industry of the 1950s and beyond. Volkswagen’s humble but excellent Type 1 “Beetle” offered the perfect base material for a huge array of aftermarket body styles, given its platform-type chassis or “pan” and simple, yet rigid, central backbone structure. A myriad of body kits was available by the 1960s and 1970s, ranging from Meyers’ iconic Manx Dune Buggies, to George Barris’ whimsical 1940 Ford and Rolls-Royce tribute body kits. The Fiberfab company of California even offered bodies and front clips for Mustangs and Corvettes, while others chose a more futuristic design theme, including the Lola sports-racer styled Bradley GT and Manta, the latter of which was the vehicular star of TV’s Hardcastle and McCormick series of the mid-‘80s. Somebody even came up with a pretty good-looking Porsche 917-styled body for the Beetle chassis during the early ‘70s! 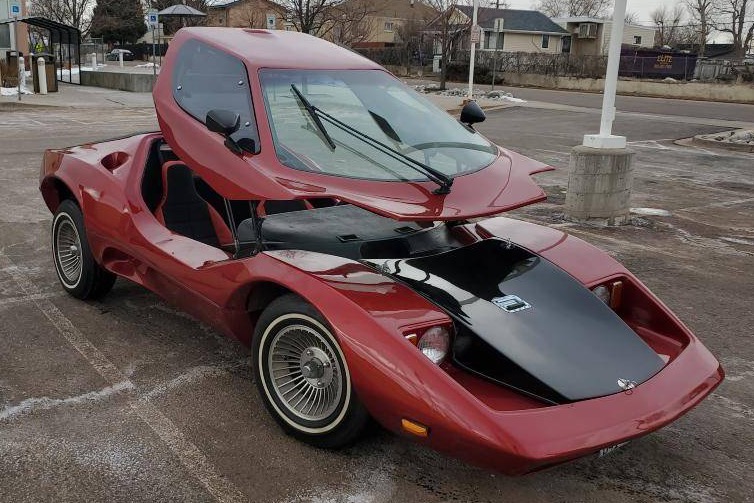 For its part, Sterling Sports Cars was particularly innovative, with its component kits endowing the robust and adaptable Beetle chassis with sleek coupe bodies and a radical pop-up roof design, similar in concept to canopies of Cold War military jets, as well as frontal treatments that could have inspired those of McLaren’s F1 of the 1990s. Established in the UK, the Sterling Sports Car Company still exists under private ownership and focuses on supporting current owners with body parts and associated components, along with the Sterling Sports Car Owners Association. 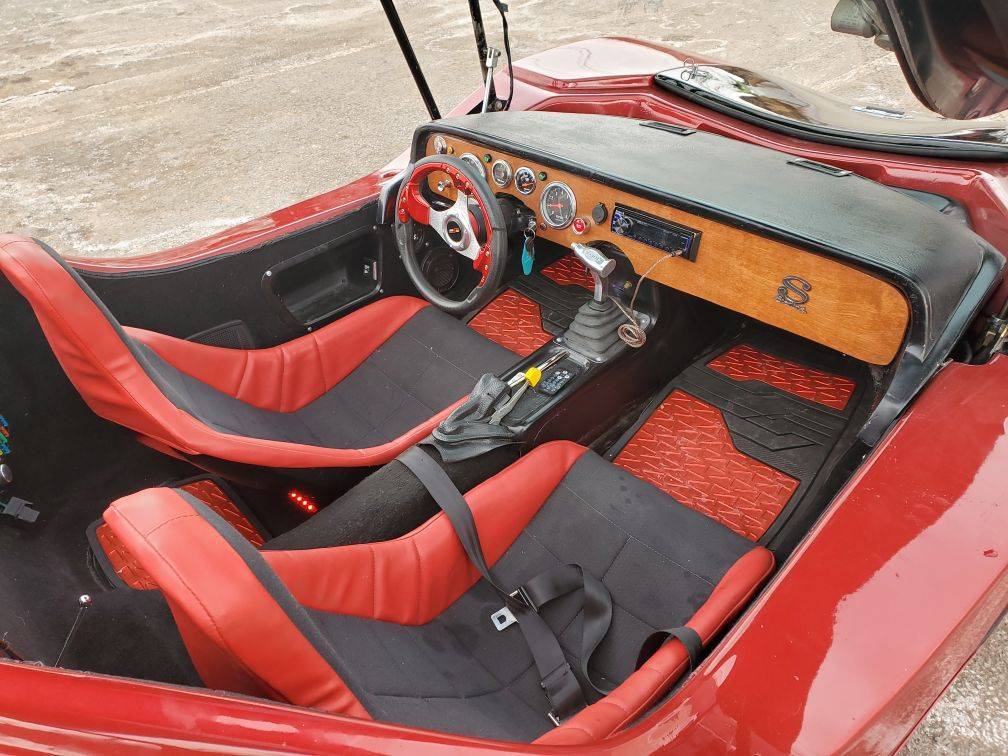 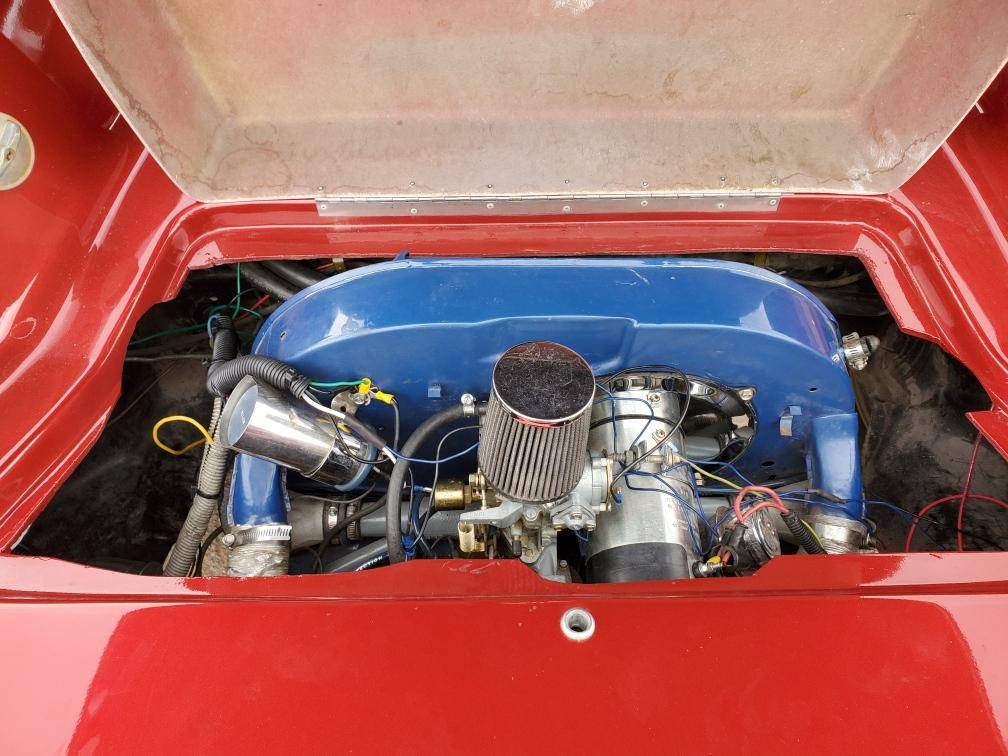 Our subject 1973 Sterling kit car is a rare and interesting find with its canopy top. Based on a VW Beetle and obviously equipped with a manual transaxle and air-cooled Volkswagen ‘flat-4’ engine, it looks great and should captivate any grown-up child of the 1970s. As the seller relates, the Sterling is equipped with new electrics, plus a stereo and USB device charger. Offered with build pictures, this rare Sterling offers a fun trip back in time a few decades to a time when ingenuity, innovation, and some elbow grease allowed enthusiasts to put together a fun and affordable car with futuristic looks and relatively low cost. 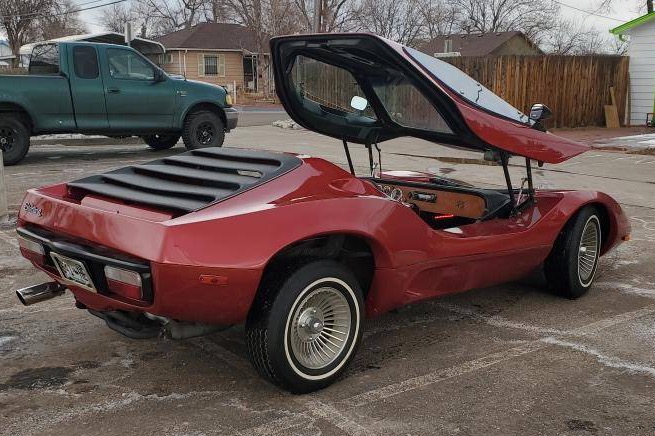 So many great kit cars, component cars, and custom bodies were offered to the public since the 1950s. They’re the heart of a fascinating subset of car culture, with specific body styles and manufacturers enjoying enthusiastic followings of their own today. Rising values for top-notch, properly finished and detailed examples of the seminal Meyers Manx have been noted at higher-end live auctions over the past few years. This rare Sterling looks very nice and seems to be a fine representative of the genre. In addition to a bargain-basement project car with needs, Bring a Trailer did sell a nice California factory-built Sterling with documentation brought just $5,400. We dig our subject car and hope it finds an enthusiastic new owner. It seems like a better example than most kits and could establish a new trend as worth the premium at or around the seller’s asking price.