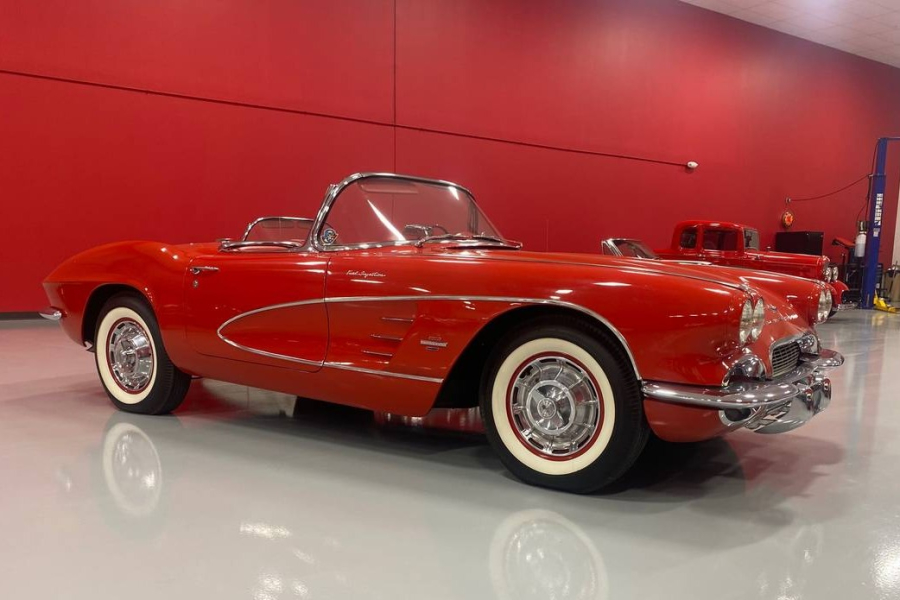 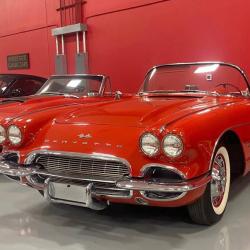 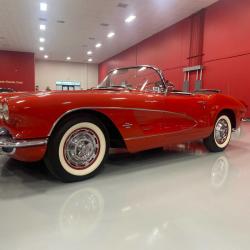 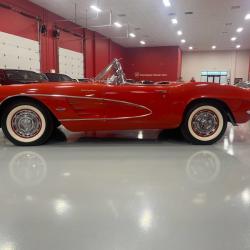 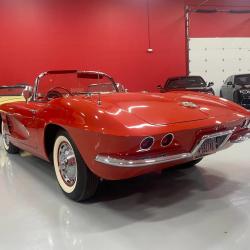 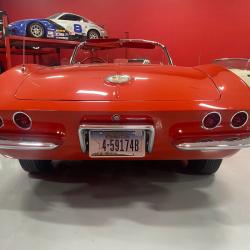 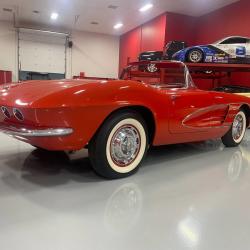 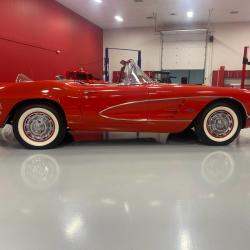 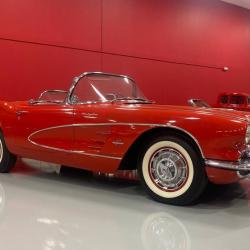 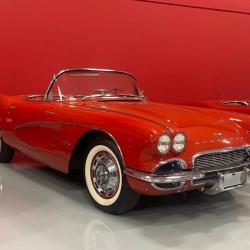 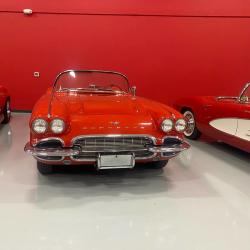 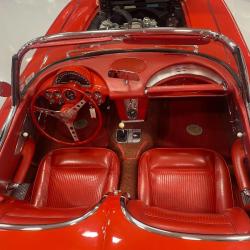 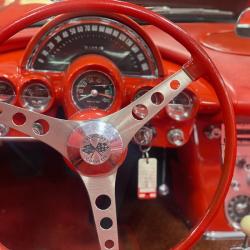 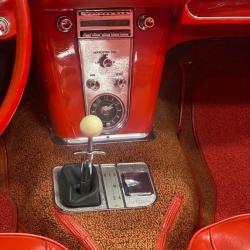 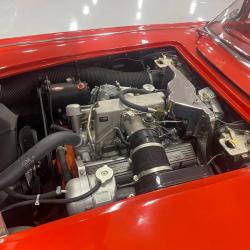 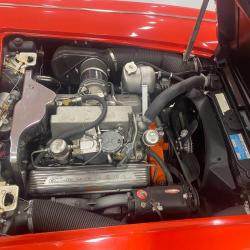 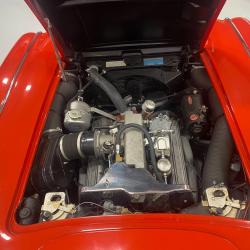 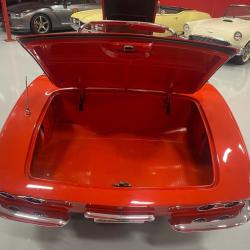 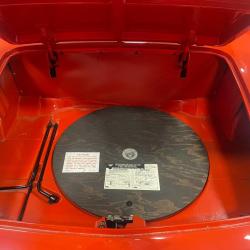 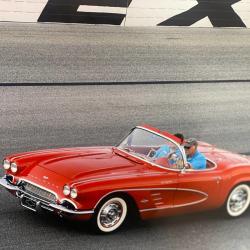 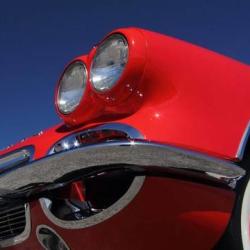 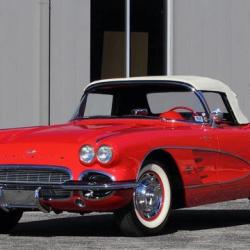 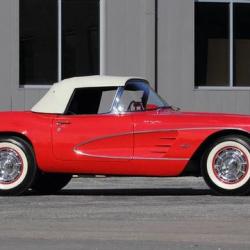 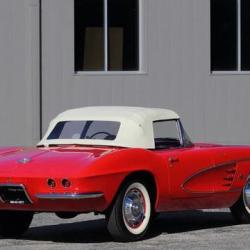 The 1961 Corvette was the first to show some of the things to come for future ‘Vettes. Four round taillights appeared and that were now at a negative angle to the trunk lid, the rear wheel wells feature design lines leading to the rear, and the coves were often colored to match the rest of the body, bringing a monochromatic scheme to the look. The 283ci V8 was the only engine available, and 1961 would be its last year between the fenders of a Corvette, and at the top of the performance charts are those equipped with the multiple-carb engines or those fed by fuel injection. Interestingly, the FI cars cost considerably more than the multi-carb cars but offered only nominally higher performance. Because of these factors, not many were built, making them some of the rarest and most desirable of the Corvette family. This one is thankfully equipped with the most powerful of the two FI engines with 315hp. 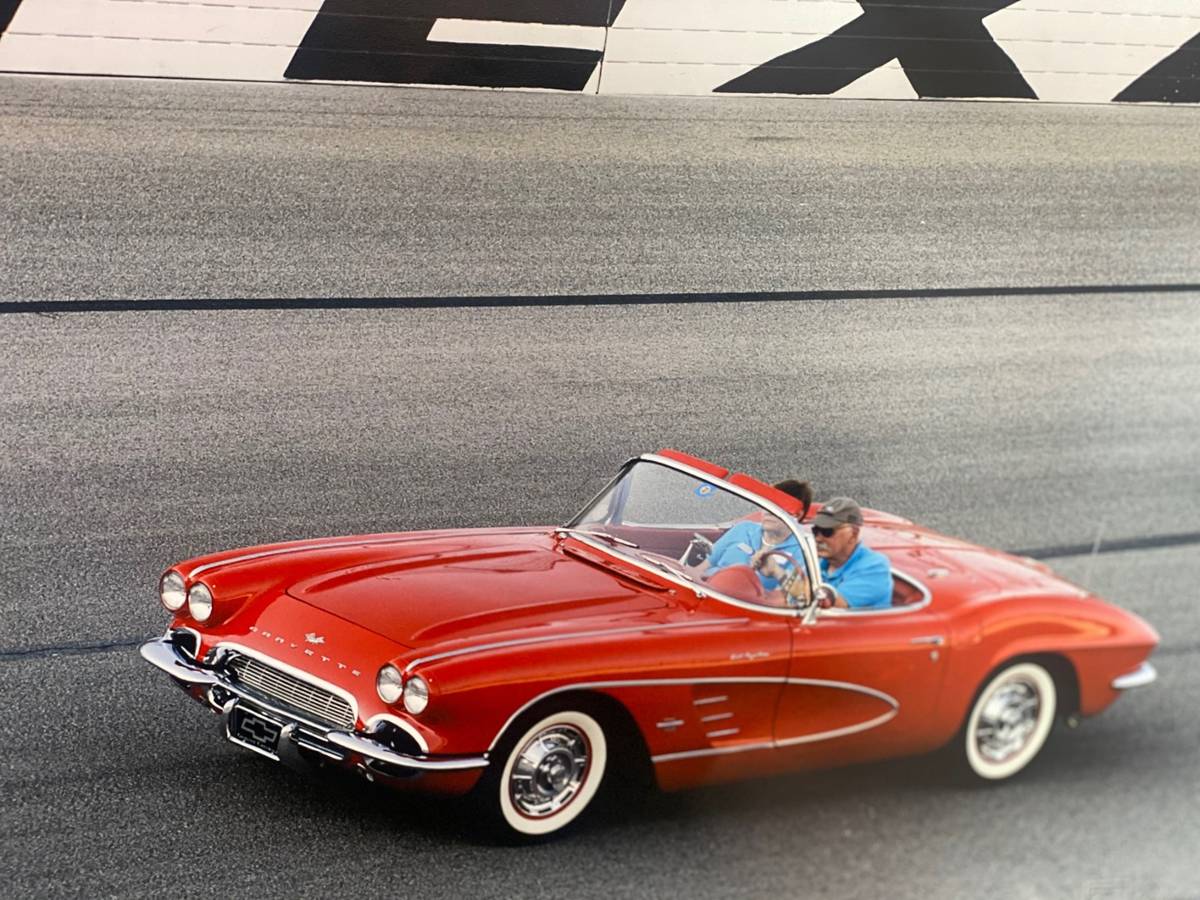 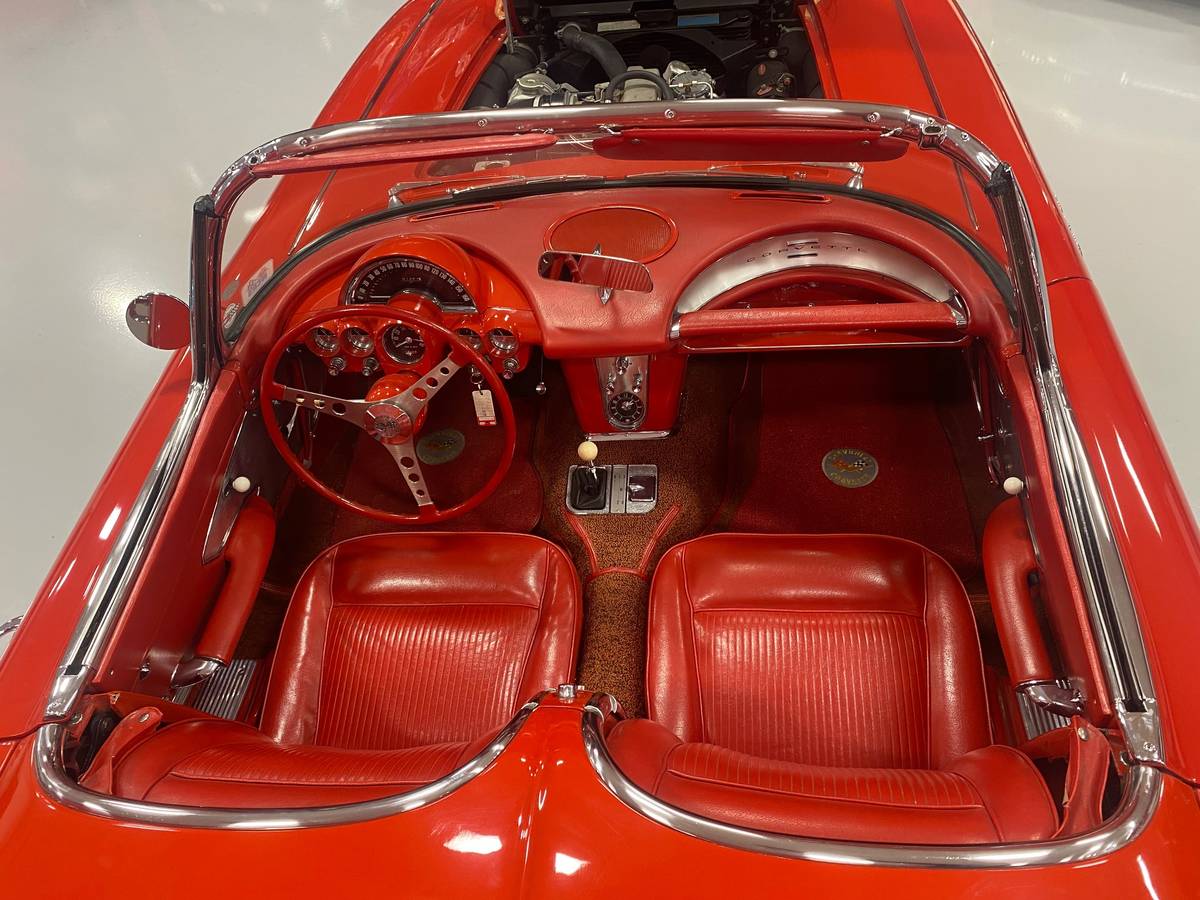 Presented in red all over, this 1961 Corvette Fuelie has been given a full restoration, has earned a ribbon from the National Corvette Restorers Society (NCRS) along with papers, rolls on wide whitewall tires, and uses a 4-speed manual transmission. All things told, the car seems to present exquisitely – the paint and body look fabulous, the brightwork and trim seem to be beautiful, and the engine and compartment look showroom ready. Optioned with the Wonderbar AM radio, the upholstery seems nicely fitted and kept, along with the rest of the car. Even the trunk looks perfect. We wonder if it might be a well-kept but older restoration, not that there are too many signs of aging or patina. 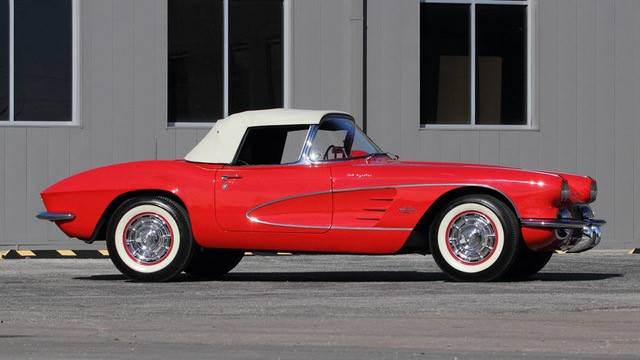 We do wonder what’s up with the price – not too long ago, a high-horse fuelie Corvette in this condition would sell for over $100k, but this one is priced well below that. The post says “motivated,” and we suppose that must be true. We’re tempted to snap this one up ourselves! At just over $80k, it could likely be flipped for a bit of profit if it’s as nice as it looks – or an easier way to step into an ultra-desirable Fuelie Corvette from the early days. We still see far lesser examples sell in the $80k-$90k, and either way, this one seems cheap for what it is, but not so cheap that we think it’s a scam. If it’s all on the up and up, it’s a bargain we call well bought.