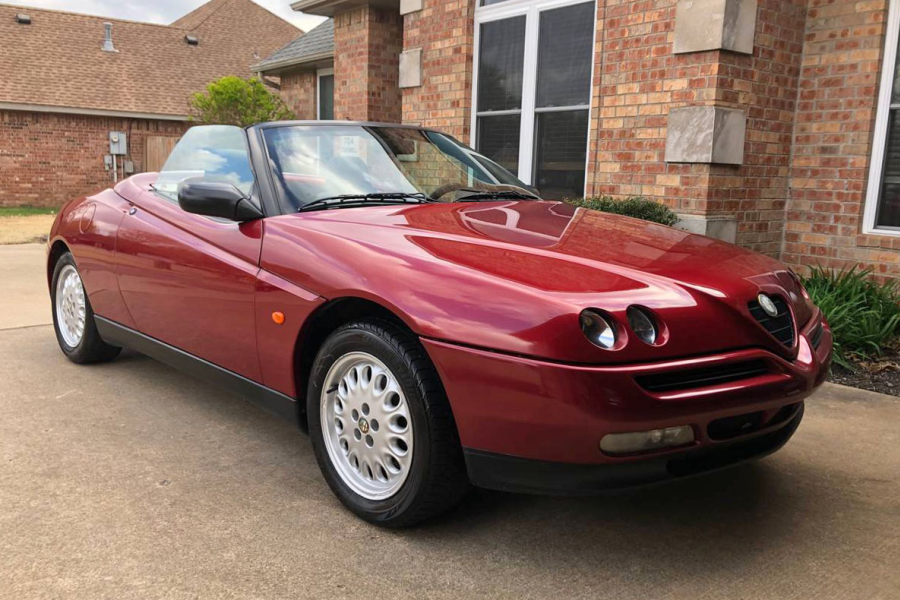 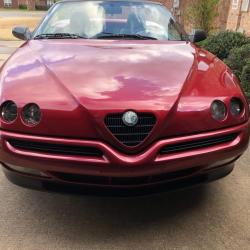 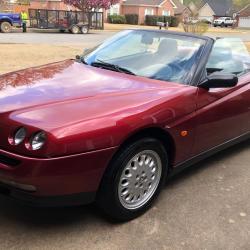 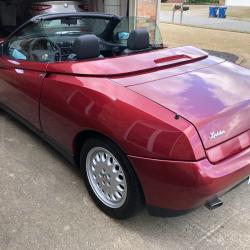 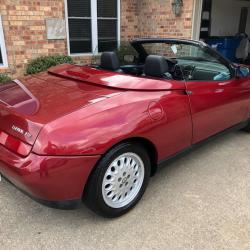 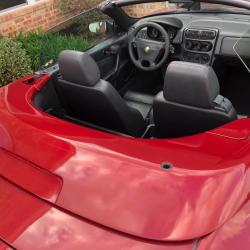 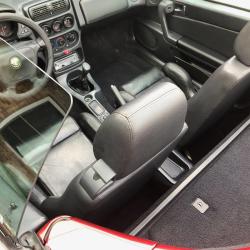 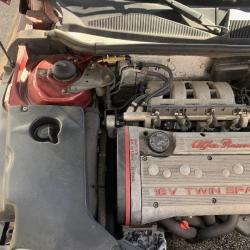 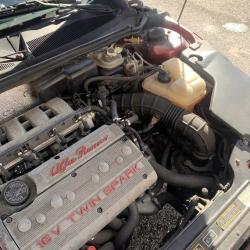 Following an exceptionally long production run spanning nearly 30 years and four distinct series, the Alfa Romeo Spider 2000 was replaced in 1993 by the new Type 916 Spider, based on the 2+2 GTV Coupe. While production lasted more than a decade through 2004, only 39,000 Spiders were built. Pininfarina’s Enrico Fumia designed both the GTV and Spider, with initial renderings penned in September 1987. Both new Alfas were based on heavily modified versions of Fiat’s “Tipo Due” (Type 2) platform, complete with an all-new multilink rear suspension, while the front suspension and drivetrain were based on those of the 1992 Alfa Romero 155 sedan, with engineering overseen by Bruno Cena. Sleek, aero-efficient bodywork features a forward sloping, high-haunch motif lending an aggressive raptor-like presence that’s suggestive of speed. Both the GTV and Spider are fabulous to drive, offered with a variety of normally aspirated and turbocharged 4-cylinder and V6 front-wheel drive power teams delivering from 142 to 237hp and top-speed potential ranging from 130 mph to nearly 160 mph, depending on specification. Fully independent suspension, 4-wheel disc brakes, and quick steering yield an outstanding driving experience, resulting in a long succession of awards and accolades. 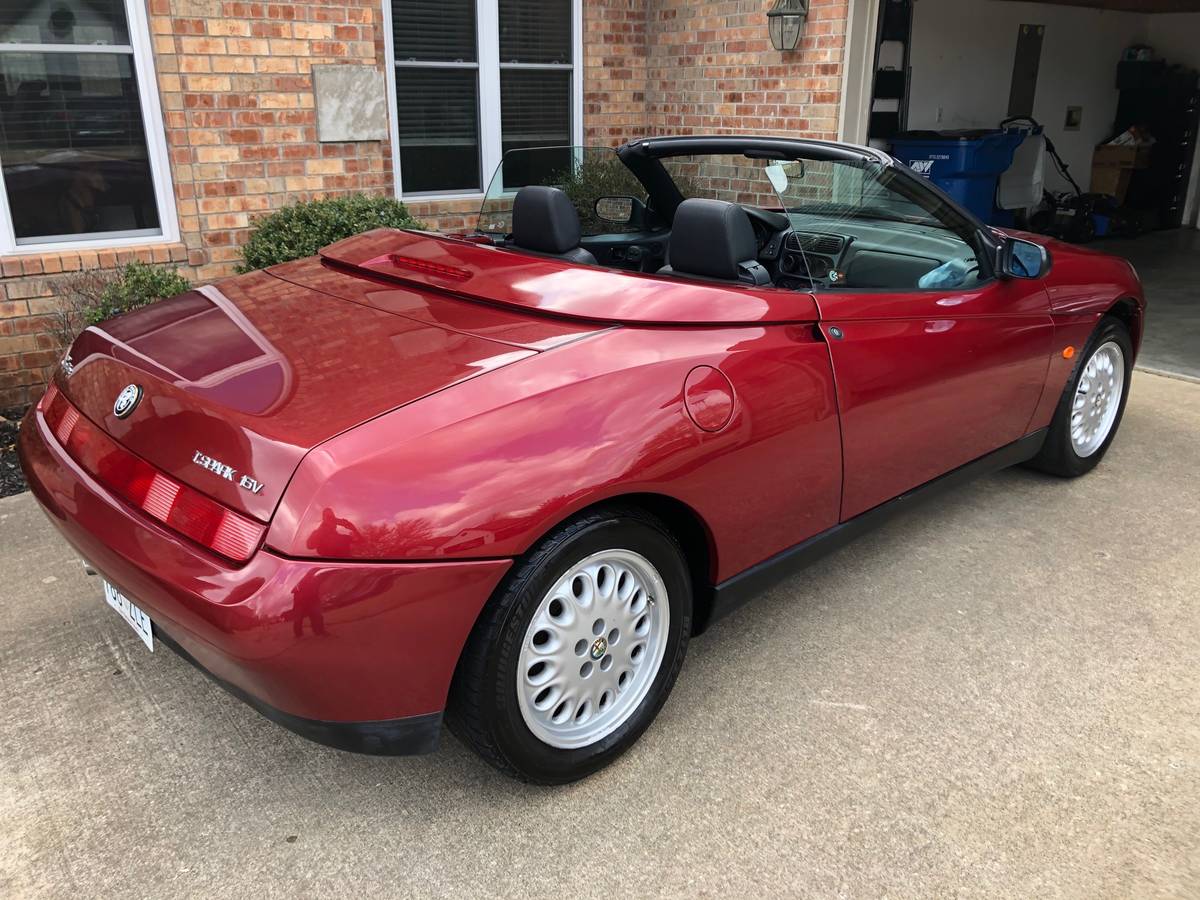 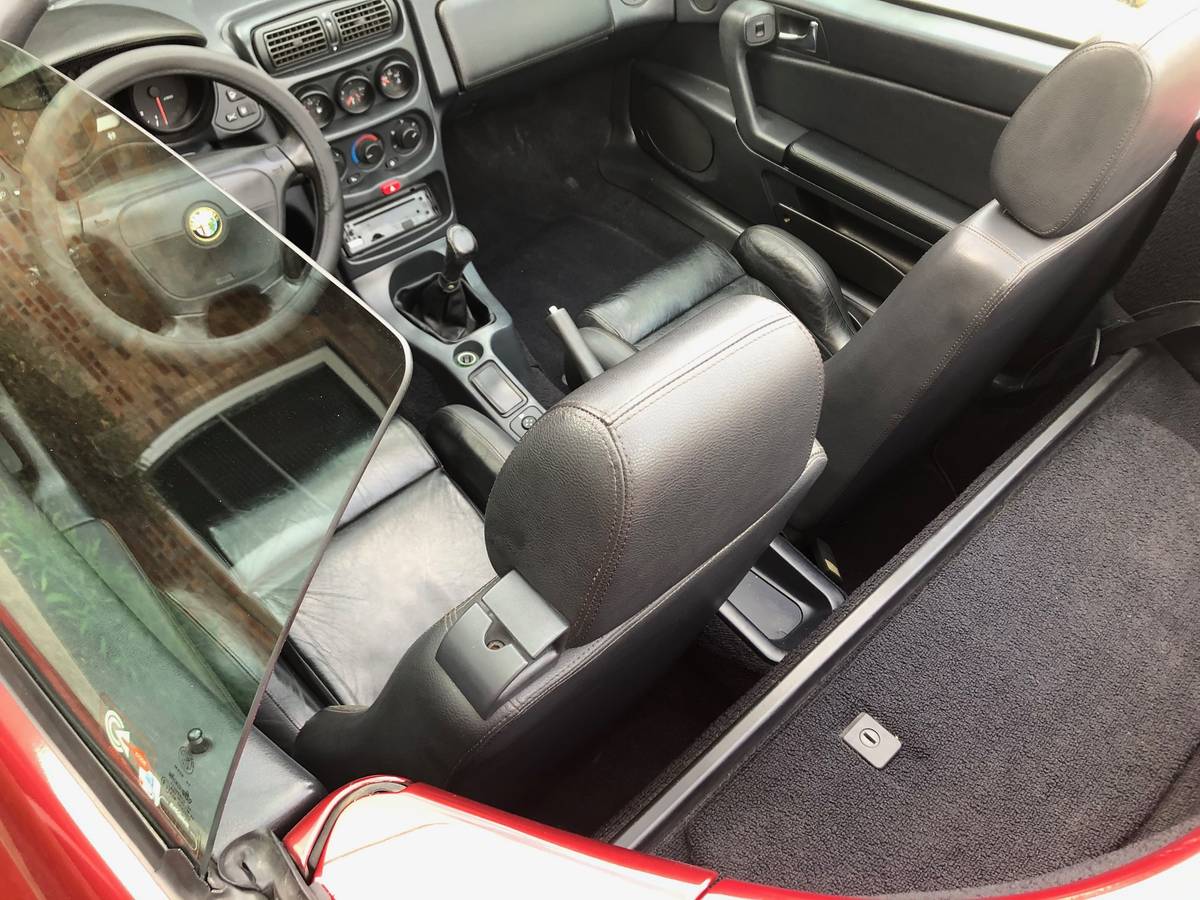 Following Alfa Romeo’s sad retreat from North America in 1995, the Spider was never sent here when new; however, this handsome example was privately imported by the seller during 2020, and it’s one of just a handful on this side of the Atlantic. The Spider looks fabulous and sports excellent livery, while the seller reports that after selecting, purchasing, and importing it, the Spider’s various mechanical issues have been resolved and extensive service work has been performed over the past six months under their watch, resulting in a fine modern Italian sports car that is offered in ready-to-enjoy condition. 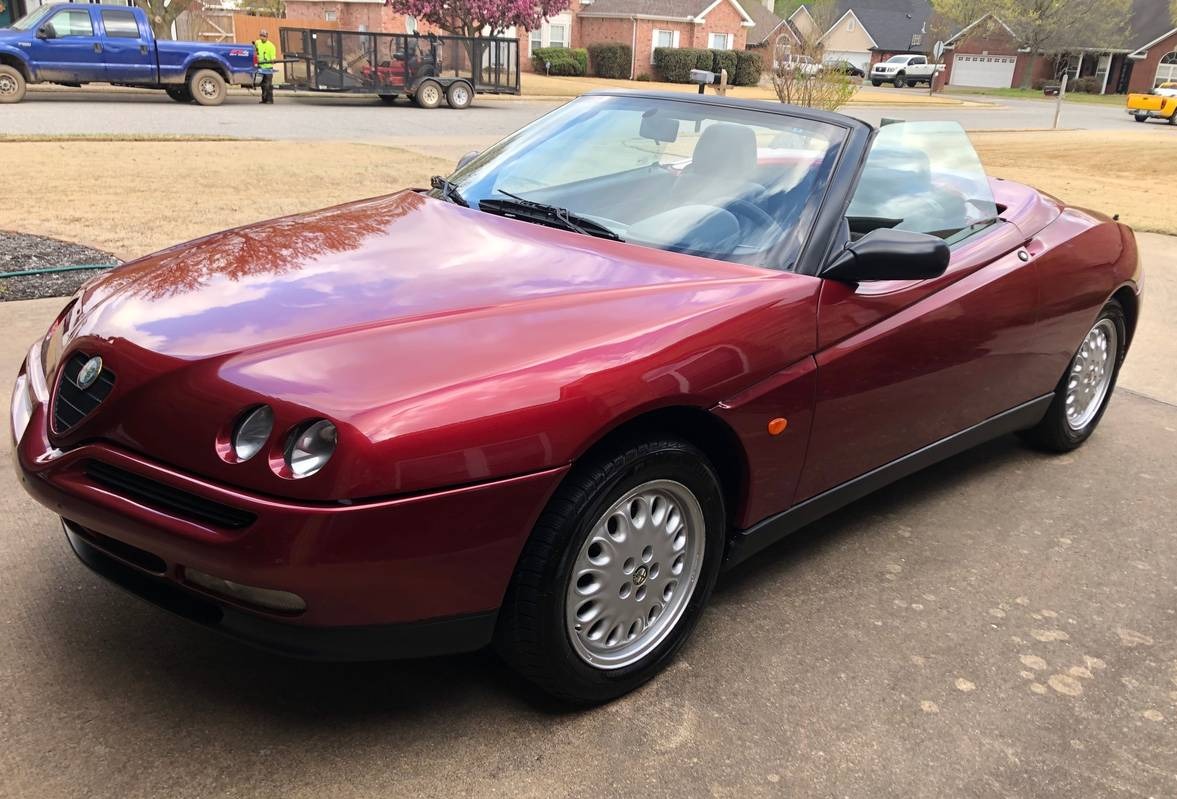 These very fine and highly respected modern Alfas are extremely rare in North America today, but as more of them hit the 25-year import threshold (just 15 years in Canada), more will hopefully migrate to North America, where they’ll most likely enjoy a hungry and enthusiastic market. Hagerty does list the 916-series Spider in its benchmark price guide, with a 1995 Spider valued from $15,100 for a good #3 car, to $19,600 for an excellent #2, and $28,100 for an as-new, concours-level #1 specimen. Our subject car looks great in superb colors, benefits from comprehensive recent service under a choosy owner/importer and is priced just under #3 value. We suspect it will be a very enjoyable open sports car for an appreciative new owner, representing ‘Fair Market’ pricing and quite possibly ‘Well Bought’ status with the slightest of negotiations.