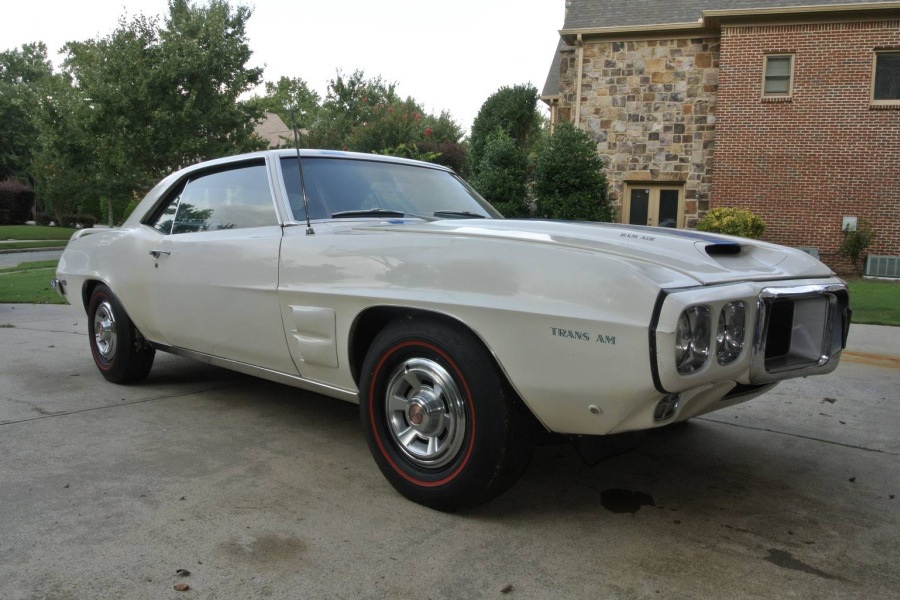 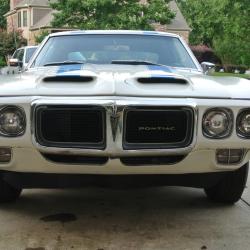 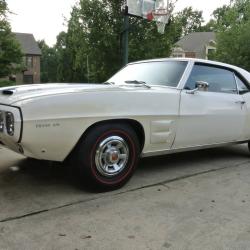 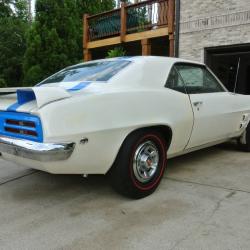 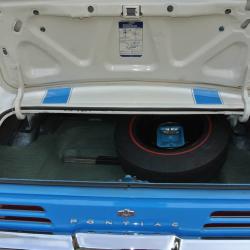 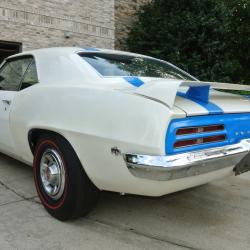 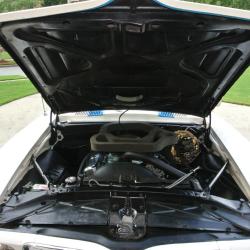 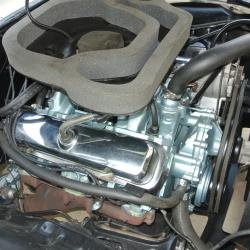 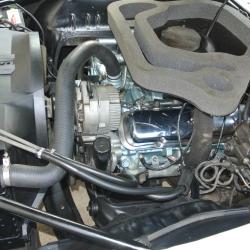 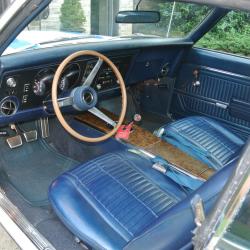 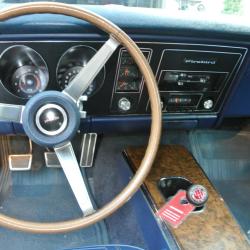 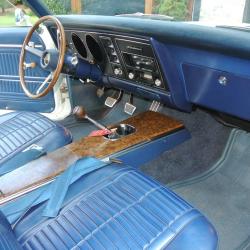 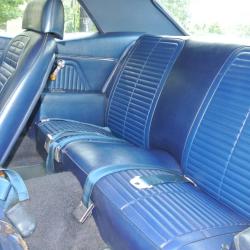 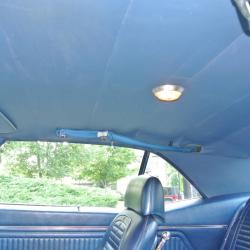 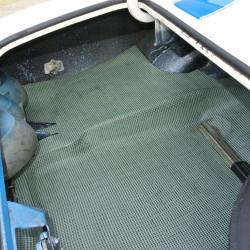 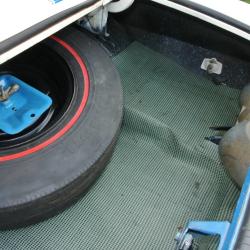 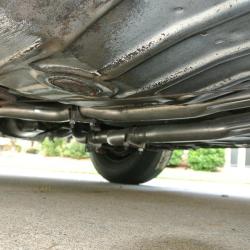 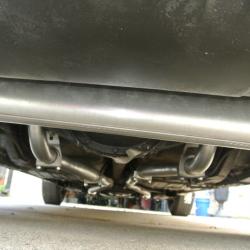 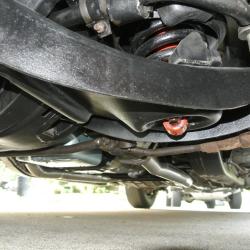 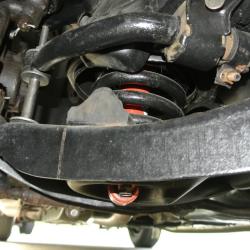 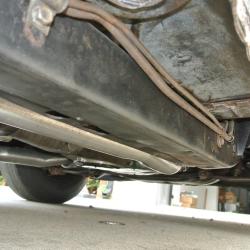 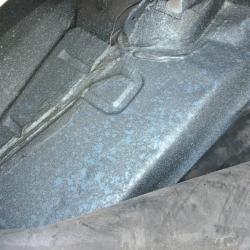 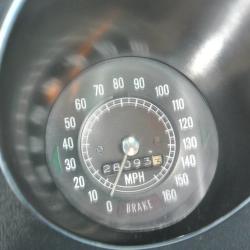 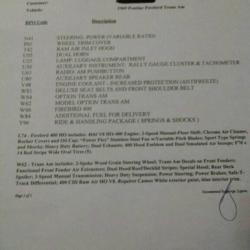 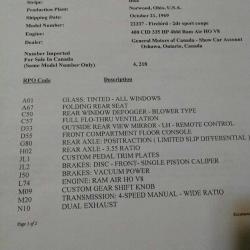 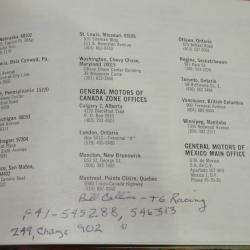 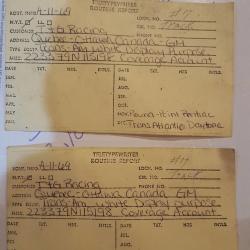 The Pontiac Tran Am was introduced in February at the Chicago Auto Show as a $725 option that includes, among other things, the Ram-Air 400ci V8 engine, heavy-duty suspension, power front disc brakes, and variable-ratio power steering. This one is finished in distinctive Polar White paint with blue racing stripes and Trans Am lettering, and the one-year-only body style has a special hood, fender scoops and a rear wing as part of the unique Trans Am package. Performance is excellent, as this was essentially GTO hardware in a 500-pound lighter package. Only 689 coupes and eight convertibles were produced, making this a highly desirable and rare muscle car. 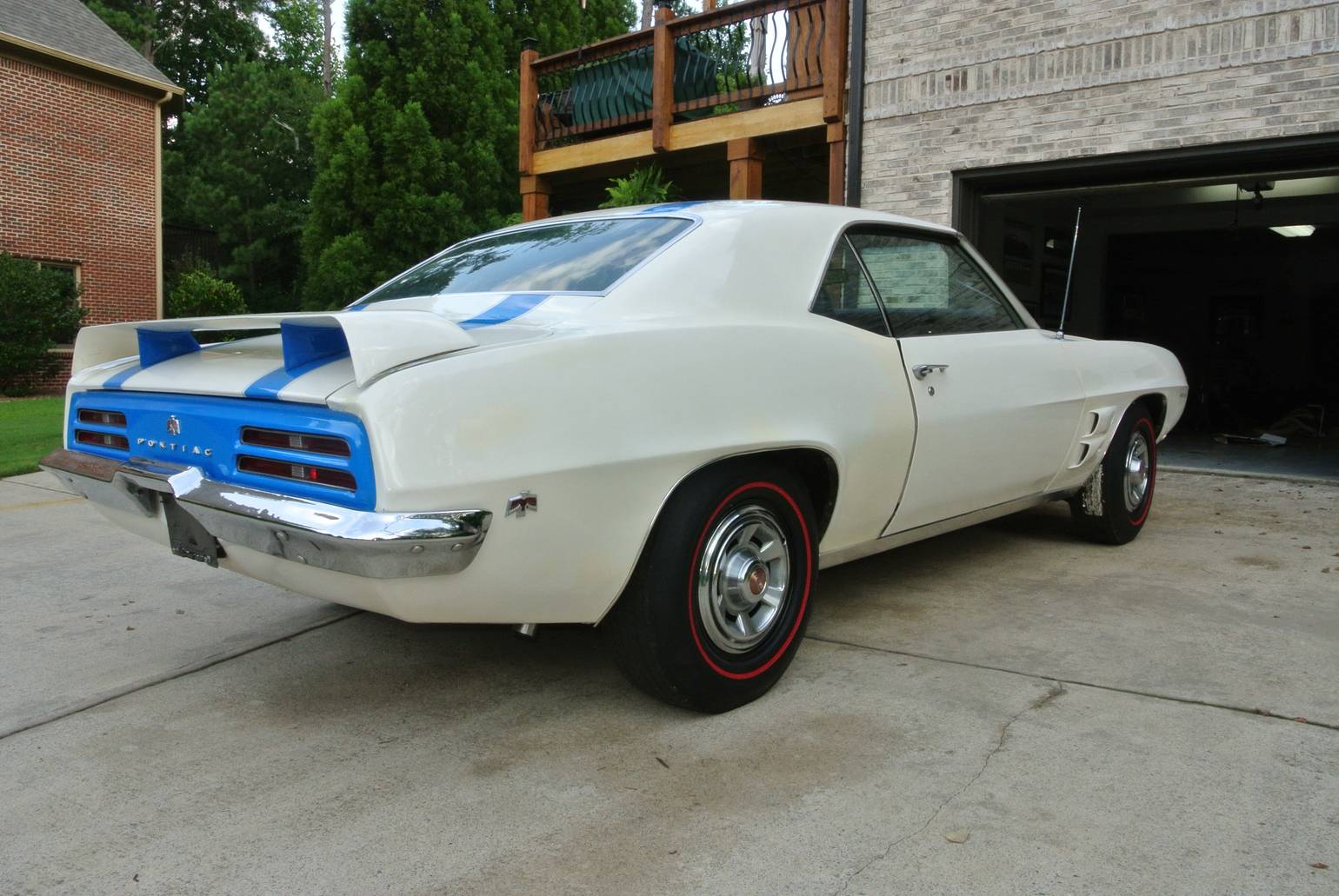 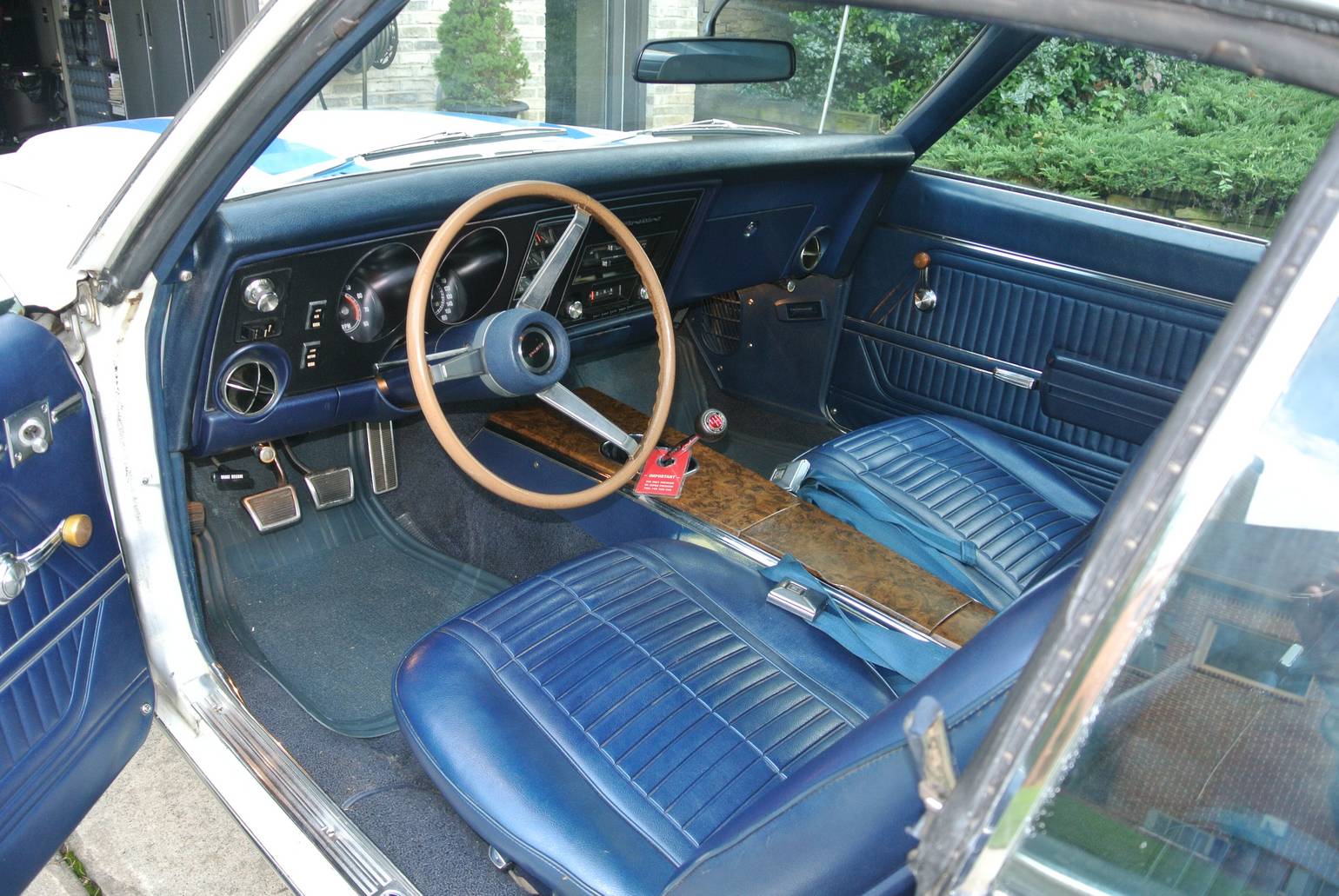 This Trans Am has an interesting early history, and according to documentation, it was assembled at GM’s Norwood plant before it was delivered to the original dealer listed in the paperwork as “General Motors Canada – Show Car Account, Oshawa, Ontario, Canada”. Subsequently, it was featured as a 'Mobil Oil' ad promo show car before going to 'TG Racing' to be a race track, display-only car in Canada. Today, according to the seller, it survives as an unrestored, matching numbers original car with only 28k documented miles on the odometer. PHS (Pontiac Historical Services) docs show it was originally equipped with a Muncie wide-ratio 4-speed manual transmission, gauge package, posi-traction rear differential and wood grain steering wheel, as it’s presented today. Interestingly, it runs on steel rims with wheel covers instead of the commonly seen Pontiac Rally ll wheels. Additionally, the owner states it is the only one out there with track suspension (Koni shocks and rear sway bar), and that it has been “museum kept” until 2016, plus the original tank sticker is still in place. 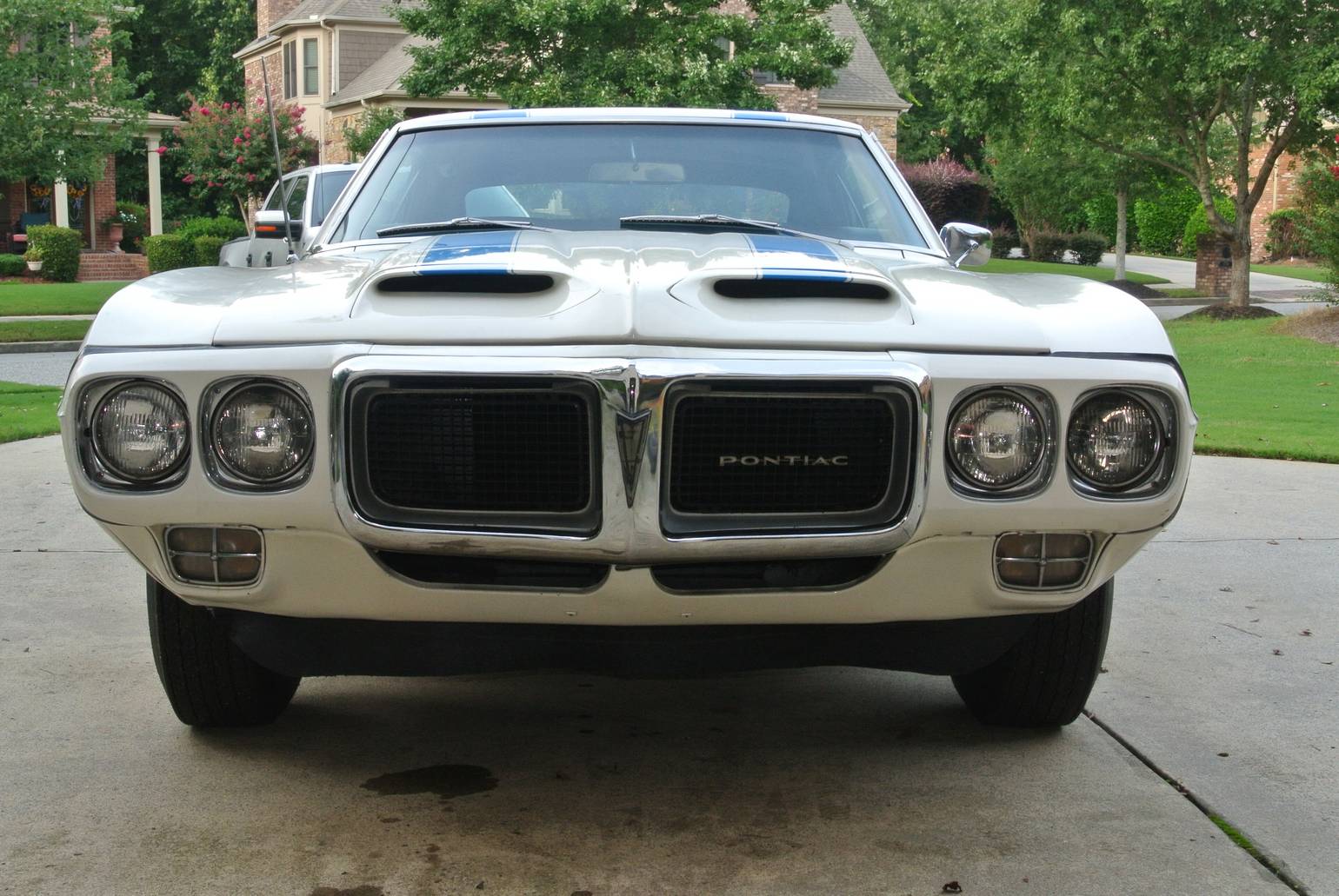 The 1969 Trans Am is at the top of the wish list for any Pontiac collector and they’re highly sought after by most muscle car collectors. Hagerty lists a #2 car at $119k and a #1 $159k, and a survey of auctions sales reveals a couple still trading in the $100k range, however this car is not average by any means. There are possibly more Ram Air III 1969 Trans Ams on the road now than Pontiac ever produced due to their popularity and easy accesses to reproduction parts available to create a replica of the original. This car not only benefits from a comprehensive set of documents attesting to its authenticity, but its low mileage originality places it in a different stratosphere of value than your average ‘69 Trans Am, and we think this one is well-worth the premium for all its incomparable goodness.