If it's still available, you'll find itHEREinWatford, ON, Canadafor$110,000 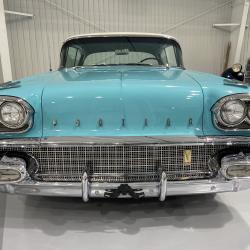 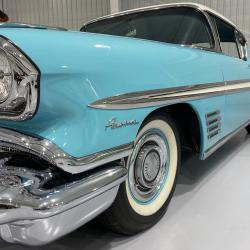 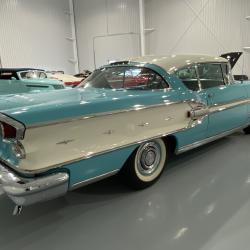 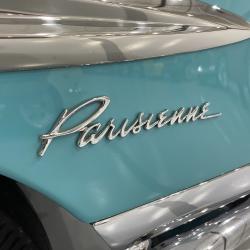 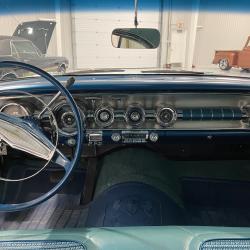 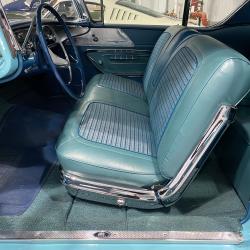 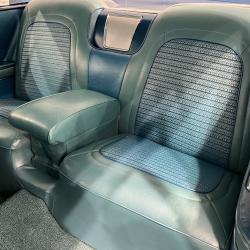 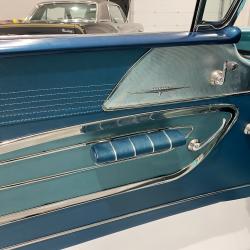 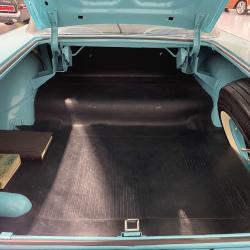 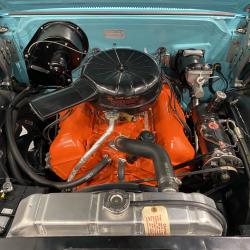 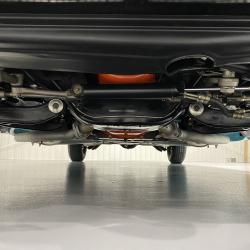 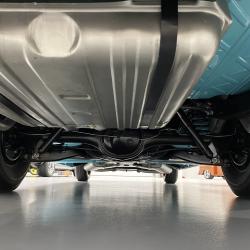 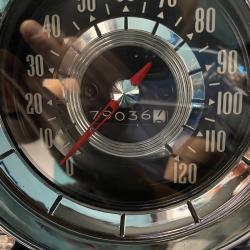 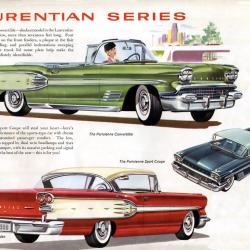 Automotive styling and engineering took quantum leaps forward during the 1950s and General Motors wowed the North American public by displaying the latest advancements at the corporation’s lavish Motorama roadshows. Powerful new V8 engines and glamorous styling transformed GM’s once-staid Chevrolet and Pontiac divisions into exciting and youthful marques by 1955 and sales took off to levels never seen before.

Quite possibly, Canadian new-car buyers benefited most from the exciting developments taking place at Chevrolet and Pontiac in the late 1950s, thanks to an unlikely source – stiff tariffs on new cars imported from the United States, intended to protect Canadian automakers and production workers. To avoid those constraints, Canadian-market versions of American cars were built with different model names and interesting combinations of bodies, chassis, engines, and other fine details. Pontiac models had been built in Canada by Canadians since 1926 and by the mid-1950s, they were assembled using Chevrolet frames, engines, and drivetrains, while special bodywork featured unique Pontiac-styled bodies resized to fit the shorter-wheelbase Chevy chassis. The formula worked like magic, giving value seeking Canadian buyers upscale Pontiac looks, features, and prestige at a somewhat lower, Chevrolet-like price. 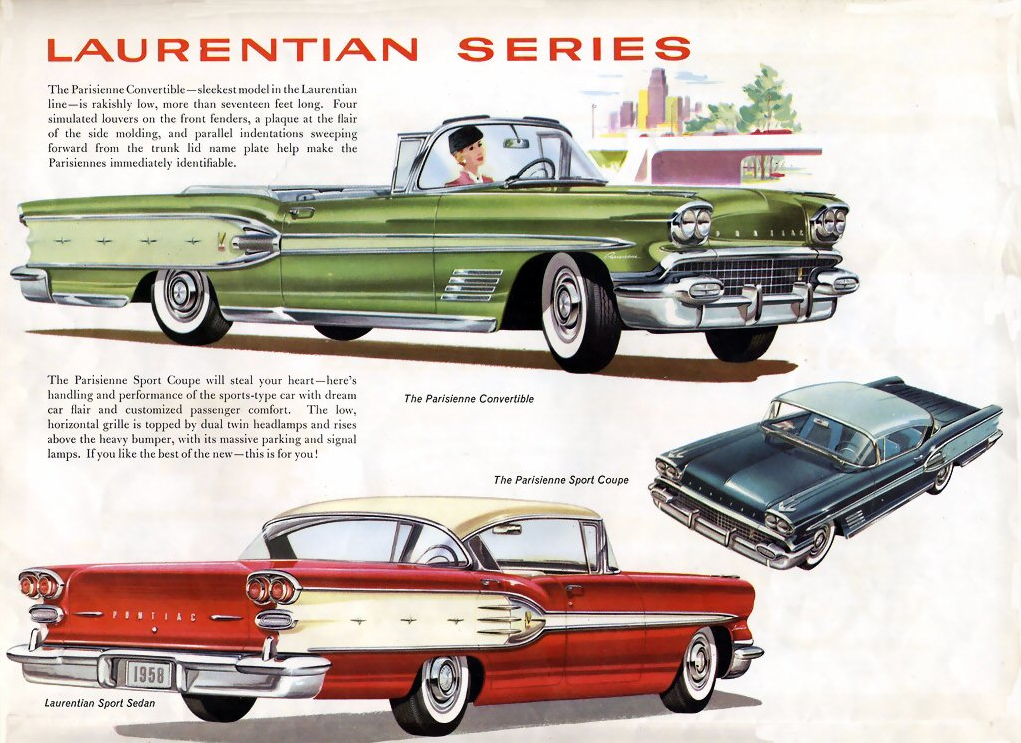 For 1958, Chevrolets and Pontiacs featured all new, one-year-only “New Direction” body styling with a long, low, and wide theme, on a brand-new X-member chassis frame. The new Bel Air Impala was the top Chevy passenger car model line for 1958, while the ‘Parisienne’ debuted that year in Canada as a high-end subseries of Pontiac’s Laurentian model line. Both the Impala and Parisienne were two-model lines including a 2-door Sport Coupe and Convertible. As with the Impala, the Parisienne features bold styling, including quad headlamps up front that were previewed just a few years before at the GM Motorama shows. Powertrains for both the Impala and Parisienne include the full range of Chevrolet 283ci small-block V8 engines plus the new-for-1958 348ci “W head” engine. Compared to American-market Pontiac models, the Parisienne was a close counterpart to the Bonneville in terms of styling cues, features, and market position.

According to General Motors of Canada documentation on file, this 1958 Pontiac Parisienne Sport Coupe is one of just 1,226 examples built at GM’s Oshawa, Ontario assembly plant. Finished in Dover White over Dark & Medium Turquoise upholstery, this Parisienne was completed on June 12, 1958, equipped with a 250hp, 348ci “Astro Flame” V8 engine and 2-speed Powerglide automatic transmission. Features and options include power brakes and steering, plus a clock and Deluxe AM radio with rear speaker. The day after it rolled off the Oshawa production line, the Parisienne was shipped to Winnipeg Motor Products in Manitoba for eventual sale.

While subsequent history is unknown at this time, the prior owner purchased the Parisienne in 2002. According to photographs on file, the vehicle was quite sound and complete as purchased – an ideal basis for show-quality restoration. A long-term, total body-off restoration to concours standard soon commenced, with the work completed in 2009 with cost virtually no object.

As offered, this very rare Parisienne Sport Coupe offers a virtual trip back to 1958 and remains in concours-worthy condition throughout with exceptional quality fully evident upon close inspection. Along with GM of Canada paperwork documenting this Parisienne’s factory-original details, this beautifully presented 1950s classic comes with two photo albums filled with images of the body restoration, plus a thick file containing restoration invoices, parts receipts, an original ’58 Pontiac sales brochure, and other literature including an original 1958 Pontiac Service Manual. At the time of listing, the Parisienne shows 76,036 miles and a freshly completed appraisal values this glamorous and extremely well restored 1958 Pontiac Parisienne Sport Coupe at $175k. As offered, it is surely one of the finest vehicles of its kind available anywhere today, and it will certainly provide an ideal and welcome entry for its new owner into a wide array of worthy shows and concours events. Precious few of these gorgeous 1950s cars remain today and arguably, none remain in the concours-ready condition of this one. Comparable sales are equally rare. Given the quality of its restoration and wonderful condition throughout, we’re calling this one ‘Fair Market’.