Rare Racer for the Road: 1 of 43 1966 Morgan Plus Four Competition Roadster 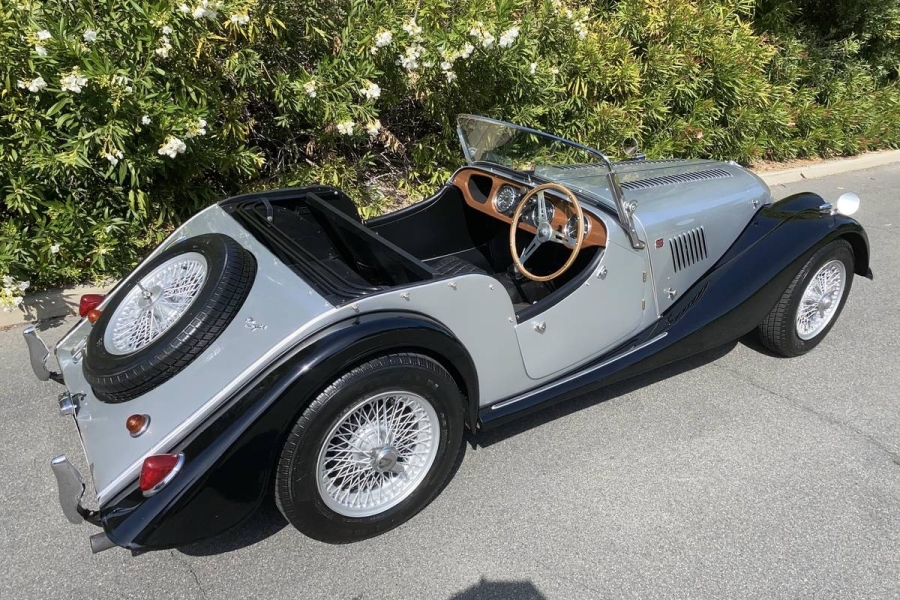 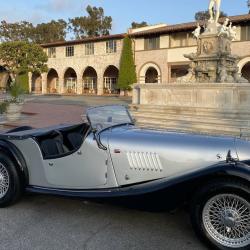 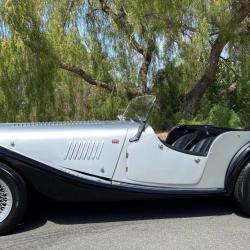 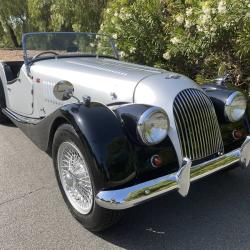 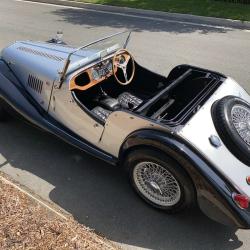 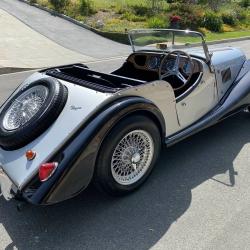 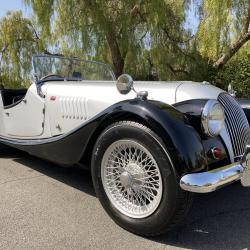 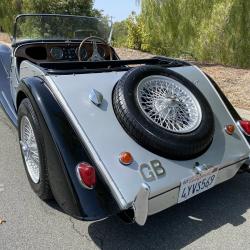 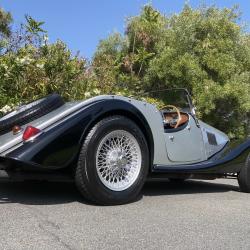 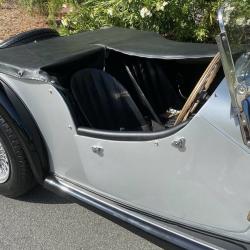 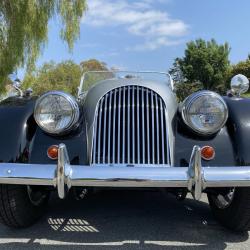 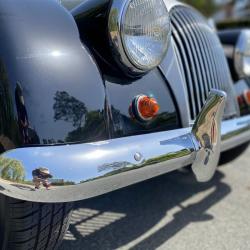 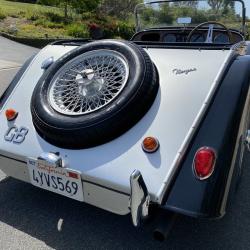 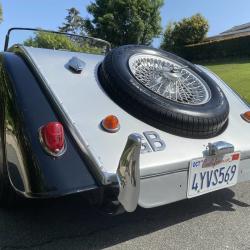 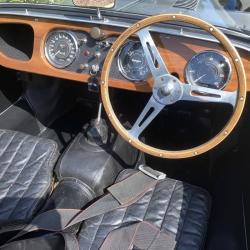 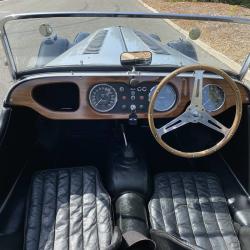 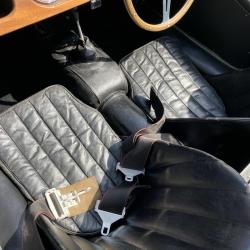 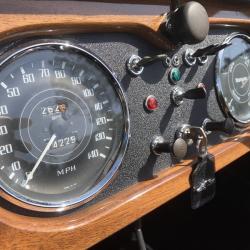 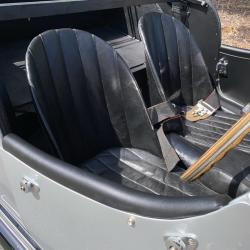 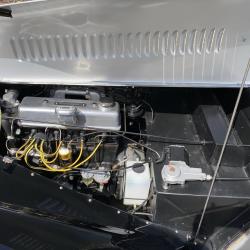 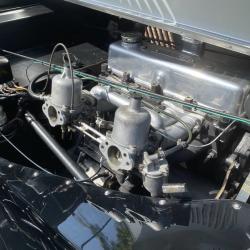 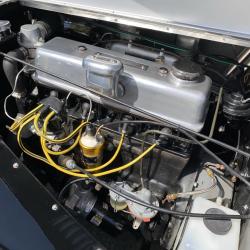 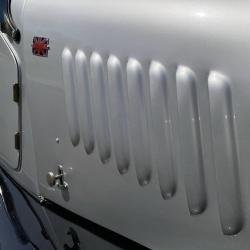 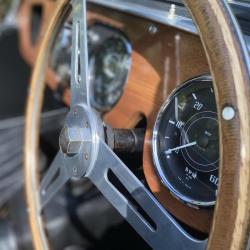 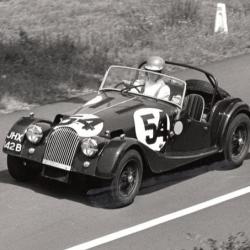 Established in 1909 with its first tax-friendly 3-wheeler, Morgan introduced the 4/4, its first four-wheel model by 1936. Initially powered by side-valve Ford engines and soon the 1.1L Coventry Climax, the 4/4 was a fierce competitor, racing at the 1938 edition of the 24 Hours of Le Mans and qualifying for the Biennial Cup. Next, John (later Sir John) Black of Standard Motors made an engine supply deal with company founder H.F.S. Morgan, leading to Morgan’s renowned 2.0L cars yet to come, which shared their powerplant with Standard’s Triumph TR2. As with Morgan’s 3-wheelers, the 4/4 dominated post-war trials competition and circuit racing. In 1950, the Plus 4 succeeded the 4/4, but in 1955 the 4/4 was reintroduced with production in Series II through Series V specification and went on to become 4/4 Morgan’s most popular model through 1968. While Morgan was most successful in club racing and trials events, the company enjoyed one of its finest moments in 1962 by winning the 2.0L class in startlingly road-ready form at the 24 Hours of Le Mans. 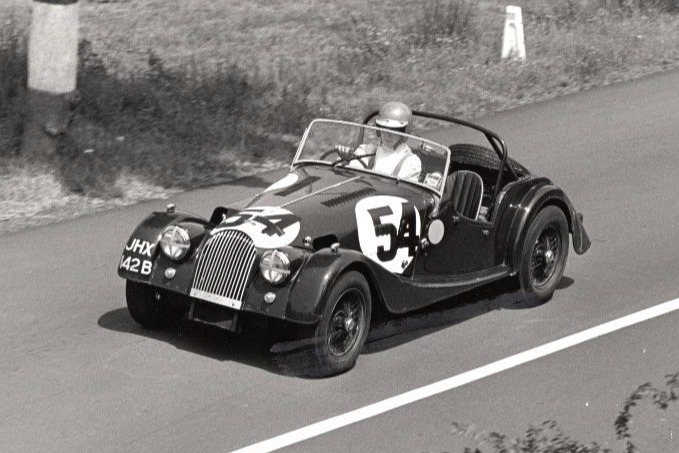 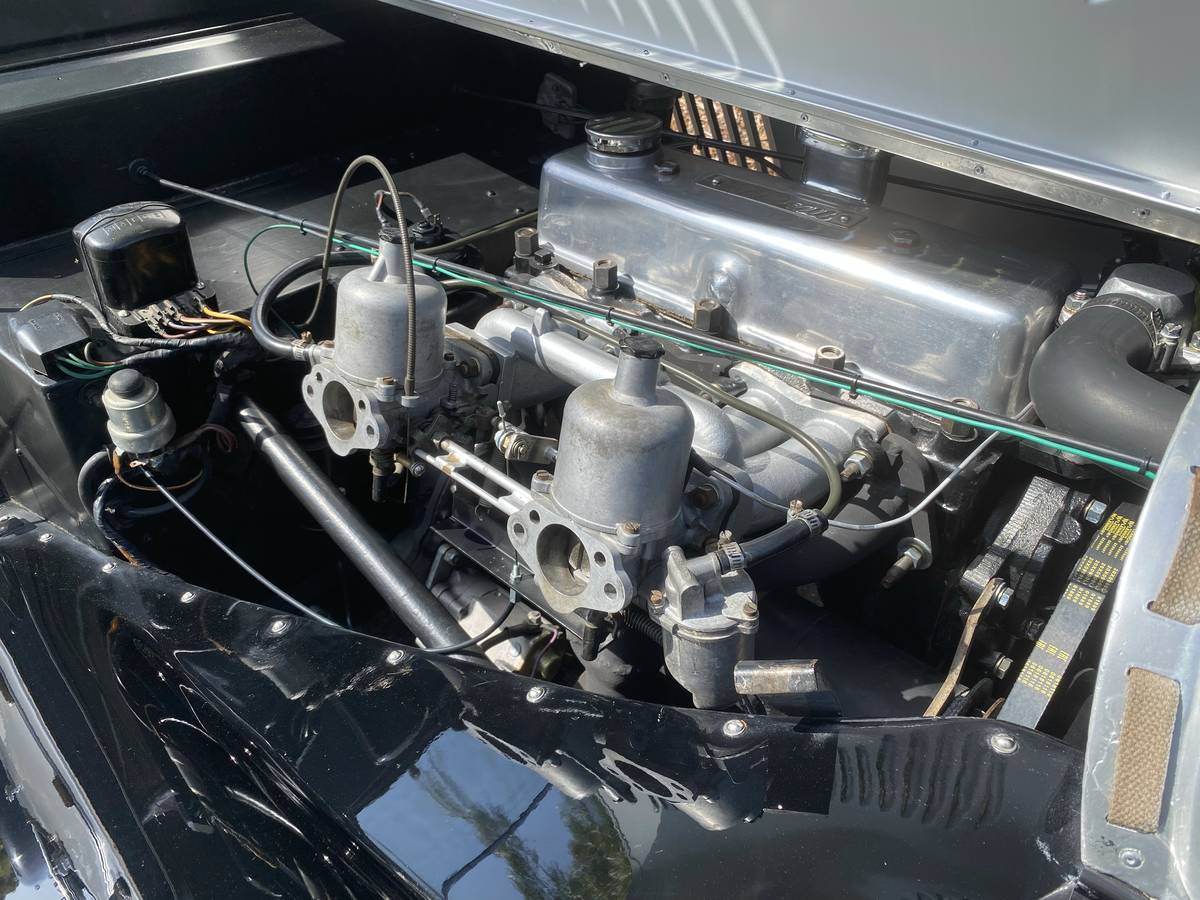 Despite the anachronistic appearance of Morgan’s 4/4 and Plus 4, these cars are highly responsive to modification, a point not unnoticed by the works, where a limited run of Competition Roadsters were produced. Just 42 were believed by marque experts to have been built – until this example was rediscovered in 2020 in Southern California and recommissioned in 2021 by Morgan expert Derek Willburn. It retains the original matching numbers, “ME” (original Morgan engine) 2,138cc Triumph TR4 powerplant. According to the seller, the Plus 4 Competition roadster was offered by special order starting in October 1965 and the last example was made in April 1967. 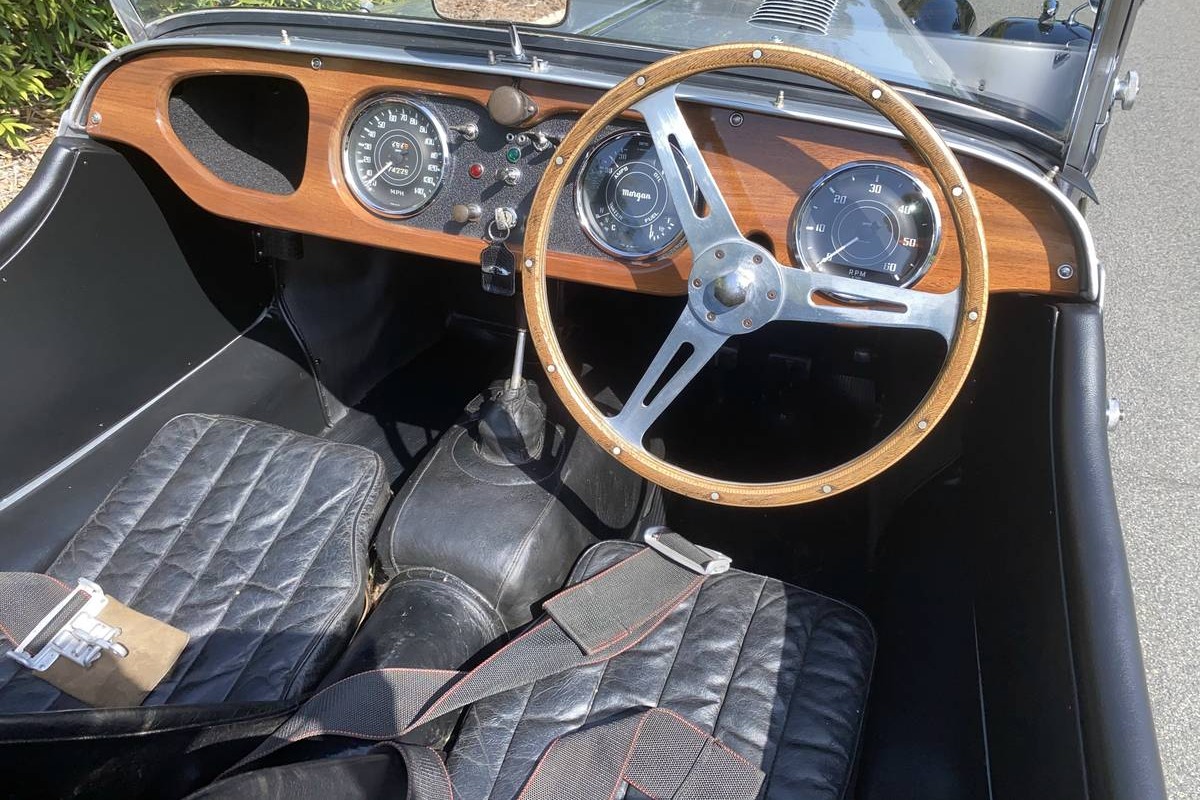 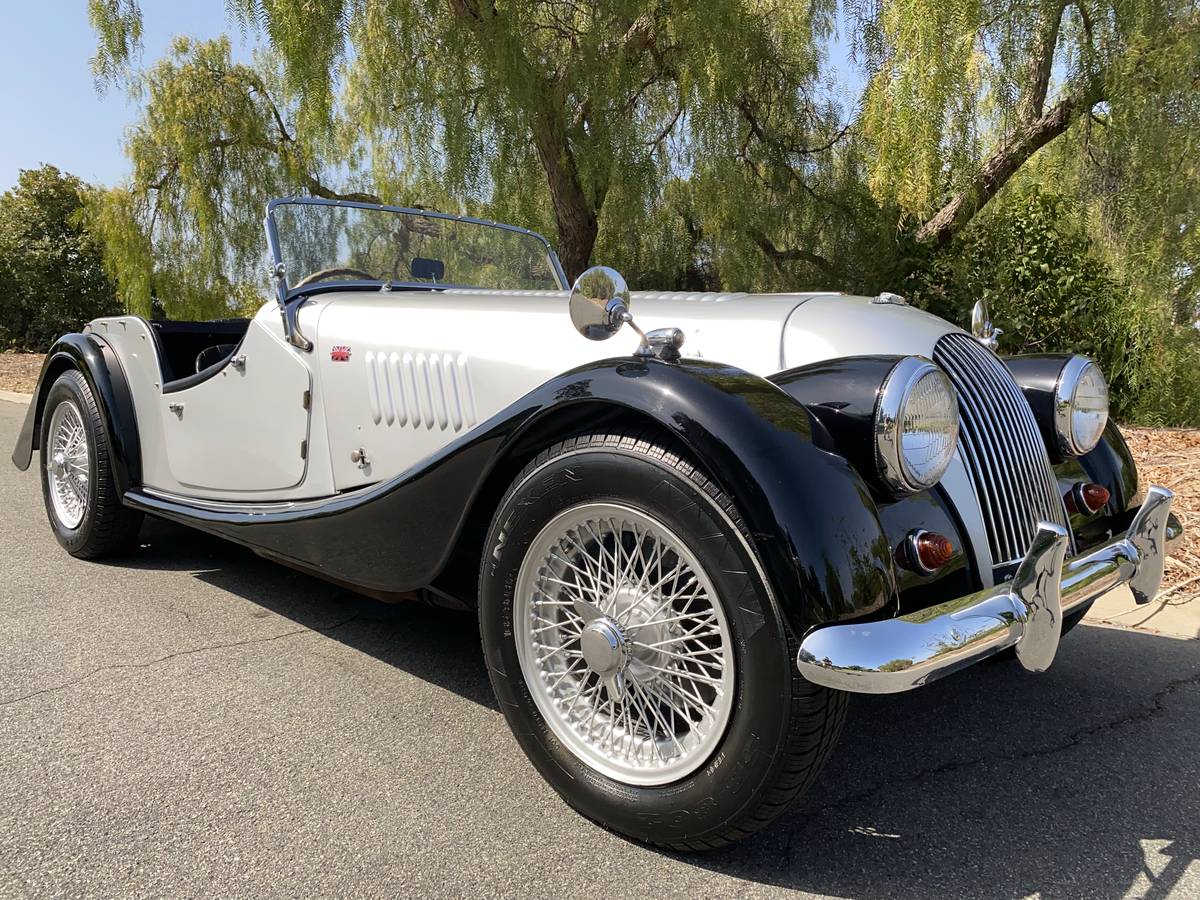 Many more details are found in the seller’s detailed advertisement, but suffice it to say, we are thankful this very rare and interesting Morgan survives in such fine order and is now available for purchase. To legions of enthusiasts, Morgan represents true “wind in your hair” motoring and a certain independence from the fickleness and rigid dictates of automotive fashion. The Competition Roadster is not listed in Hagerty’s price guides and the Super Sport is likely its closest comparable, commanding prices from $68,900 in #3 'Driver' quality. This extremely rare Competition model looks great and belies its “survivor” status. Ready to drive, enjoy, and show, with a great back story and matching numbers engine, our subject vehicle represents 'Fair Market' value, in our opinion.