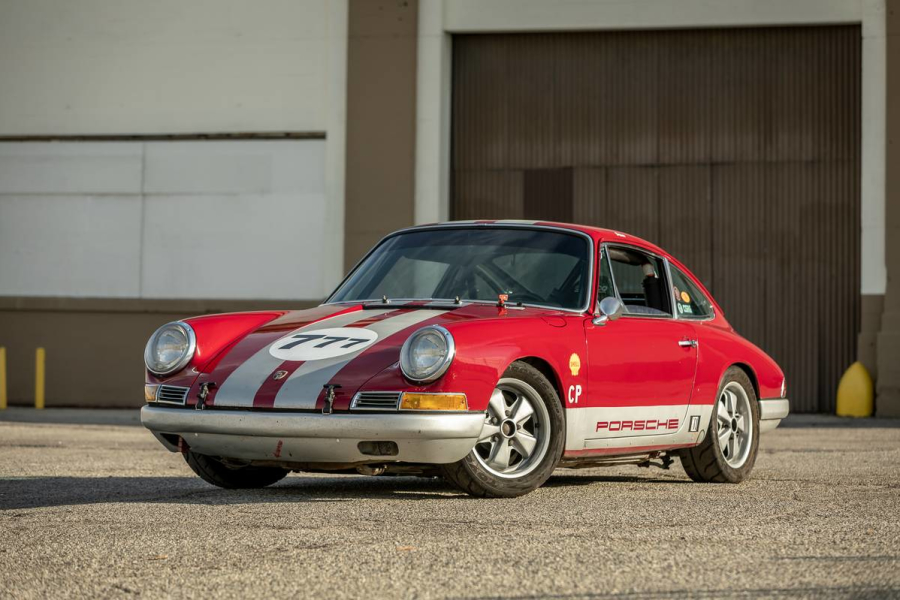 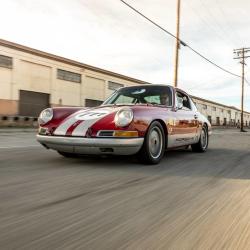 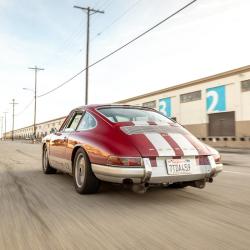 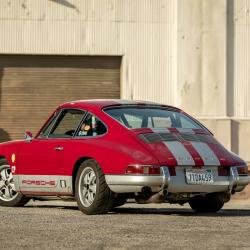 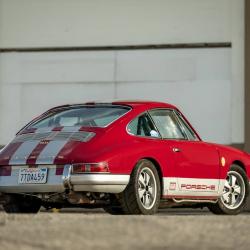 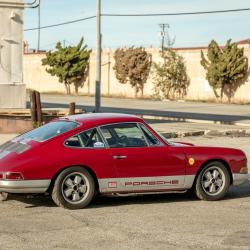 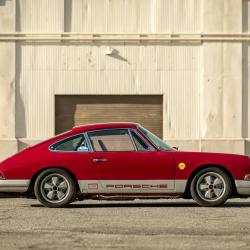 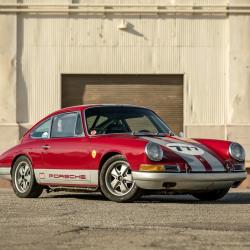 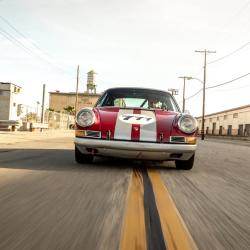 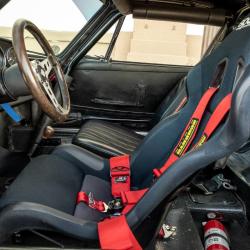 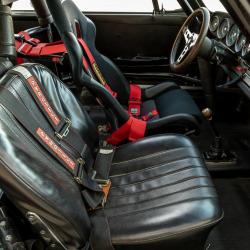 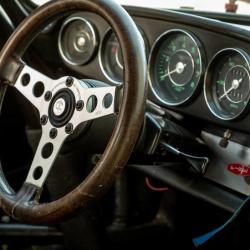 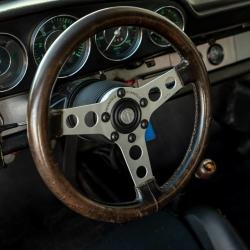 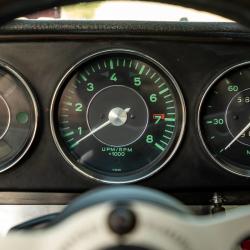 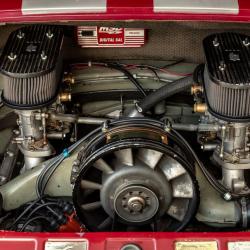 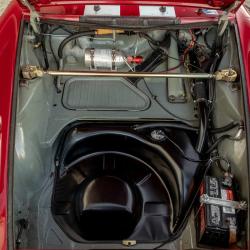 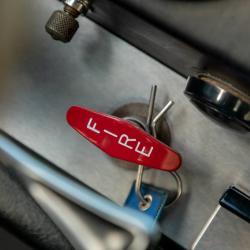 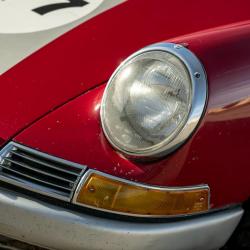 First shown as the ‘901’ at the 1963 Frankfurt Motor Show, Porsche’s 6-cylinder successor to the beloved and long running 356 series was conceived as a road car from the outset without overt racing pretensions. However, it was predictably only a matter of time until the new Porsche (renamed ‘911’ in time for sale in 1964) would enter competition. Fast-rising British driver “Quick” Vic Elford would be the first to take victory behind the wheel of a 911, in Rallycross competition, no less, and he convinced Hushcke von Hanstein (Porsche’s racing boss) to initiate limited factory support. Stateside, the 911 took the under 2.0L class three years straight (1967, 1968, 1969) in the wildly popular SCCA Trans-Am racing series, confirming its European success was no fluke. The rest is history, as they say, and the first-generation 911 carried the Porsche banner with growing confidence and growing strength, eventually forming the basis for Porsche’s racing program by the mid-1970s. 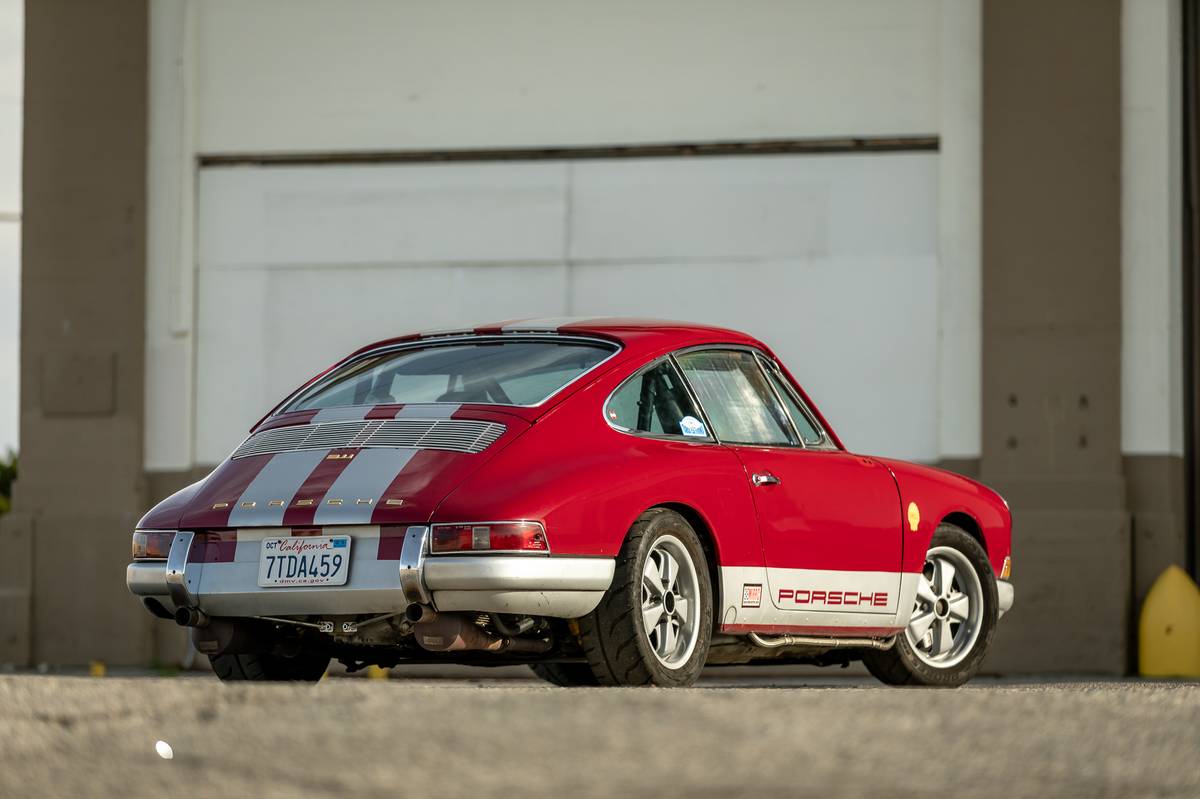 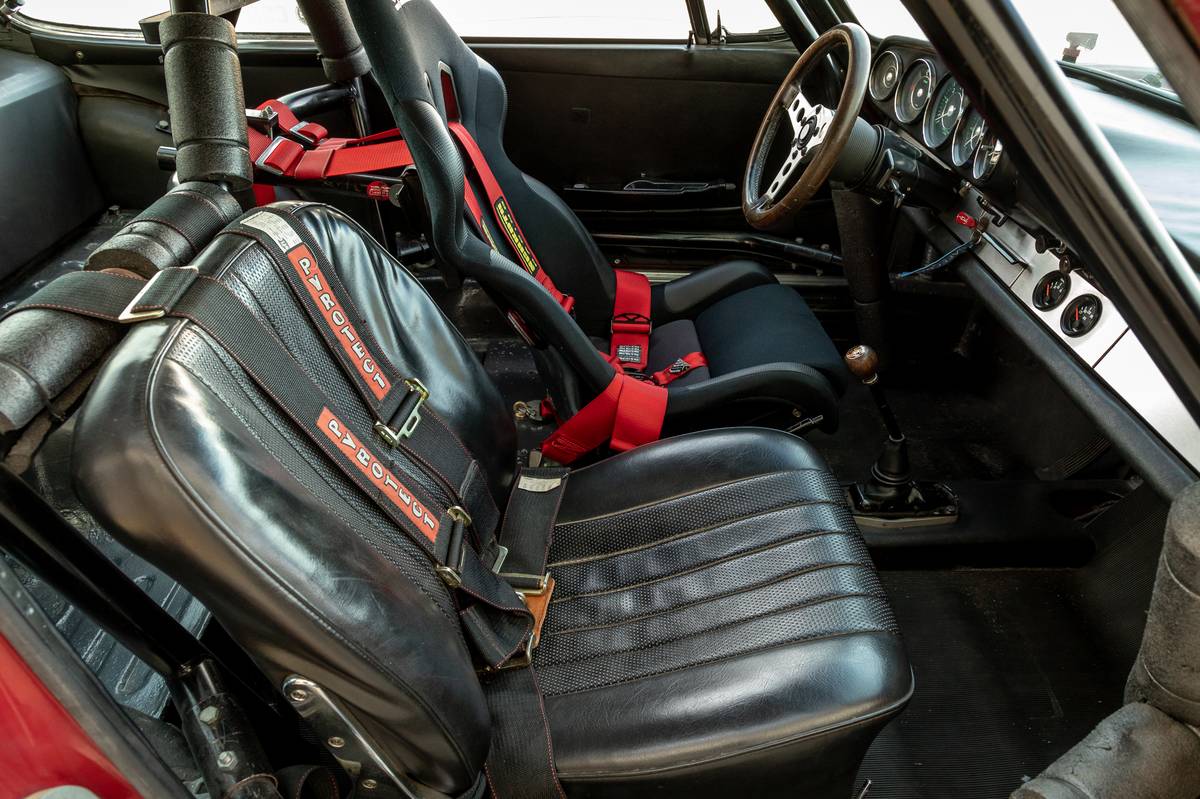 Our subject 1967 Porsche 911 Coupe is a fitting case in point of the raw excellence of the early road-spec 911 and its uncanny adaptability to dual road/track use. Accompanied by a Porsche Certificate of Authenticity confirming its factory data, the car carries known history from new, having been purchased new in Denver, Colorado and later migrated to California, where it was eventually repainted from its original Polo Red to a darker Cranberry hue. A noted San Francisco Bay-area auto journalist and SCCA racer bought the 911 in 2001 and transformed it into a vintage racer with a roll bar, racing seat and harness, lightweight plastic side windows, fire system, and fuel cell, plus silver racing stripes and rocker trim. Sacramento’s Steve Kupperman bought the 911 in 2005 and had the original engine overhauled by a nearby independent Porsche specialist, resulting in 208 rear-wheel horsepower. The suspension was sorted as well and the car was raced, including two PCA Rennsport Reunions at Laguna Seca. The current owner acquired it circa 2014 and has driven it only sparingly and not on the track. Retaining undamaged all original body panels and the matching numbers engine and transmission, it benefits from extensive service and maintenance work over the past year and comes with HMSA racing logbooks, plus the original bill of sale, factory-issued books/manuals, an engine-dyno sheet, and miscellaneous extra parts for a great offering. 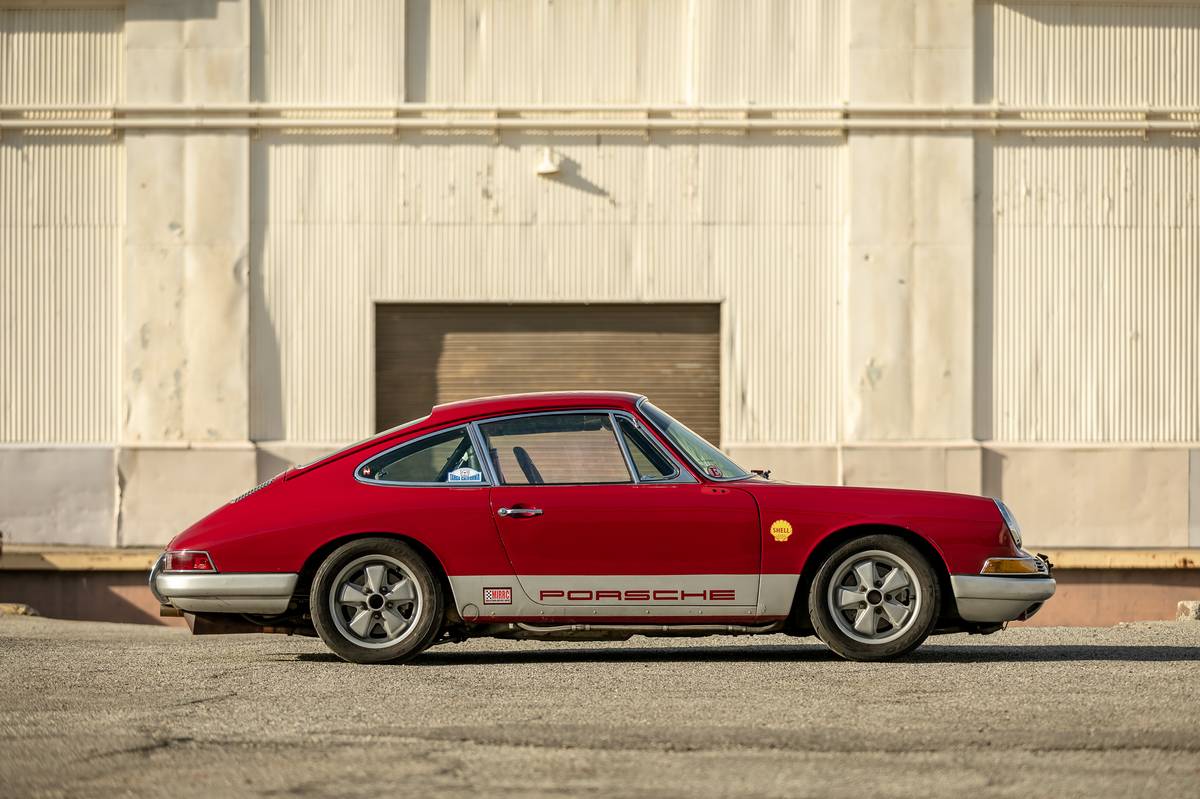 Combining the best of both possible worlds, this road and track-capable rocket has always been registered for street use, according to the seller’s online details for the car. While it’s offered at a healthy premium to Hagerty’s $142k valuation for a #1 concours-worthy specimen, our subject car carries an awful lot of trackside presence yet maintains its important original details and integrity. It offers a myriad of possibilities for its next owner and it should rock the next Monterey Car Week at many choice events. Therefore, we’re entering it into the ‘Worth-the-Premium’ column of our fast-growing valuation ledger.