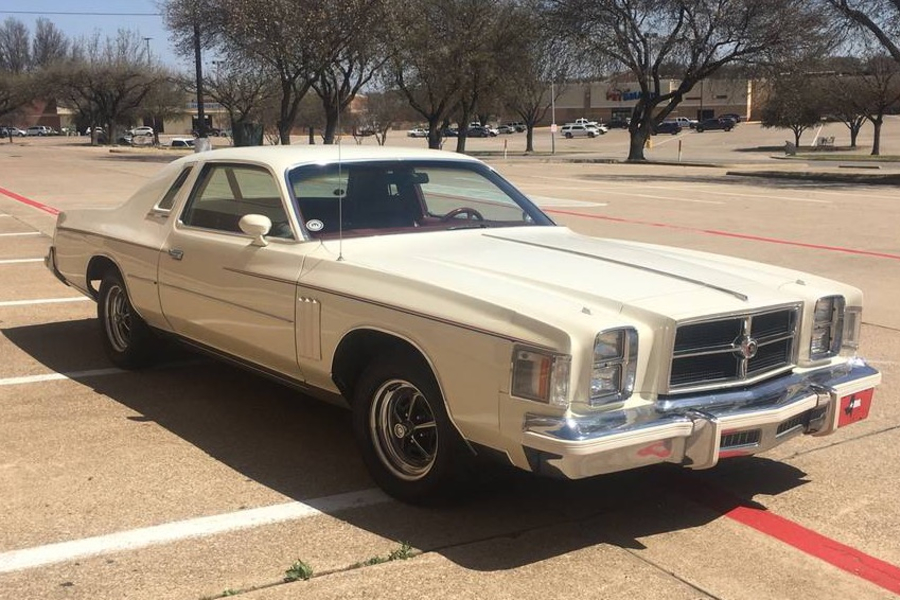 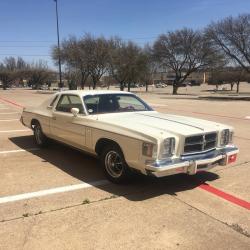 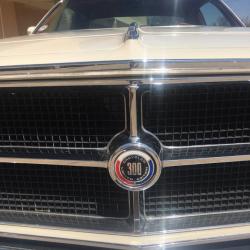 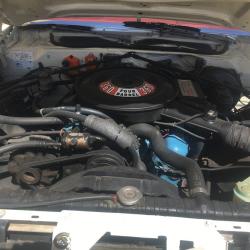 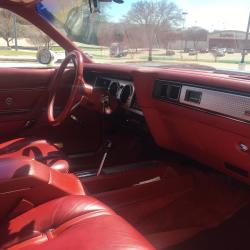 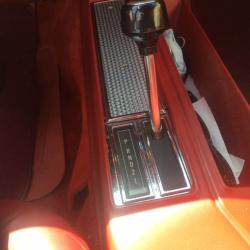 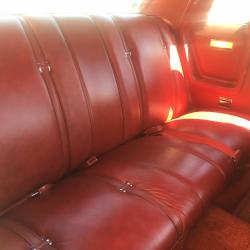 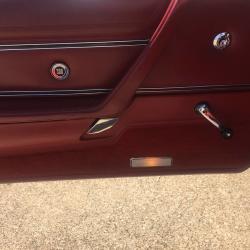 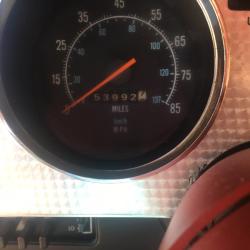 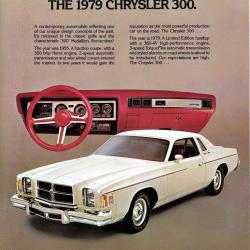 The Chrysler 300 has indicated high style, high luxury, and high performance since it debuted in 1955 as the C-300. It was one of the most expensive cars of the 1950s and ’60s and denoted superiority on every level. The model faded into the background with the end of the 1970 model year but made a one-year encore in ‘79 to revive Chrysler’s dedication to performance, style, and luxury. Using the Cordoba as the starting point, Chrysler plugged in a specially prepped 360ci V8 engine with a 4-barrel carburetor, high-performance crankshaft, and dual exhaust system, all conspiring to produce a malaise-era-whopping 195hp. Don’t laugh too hard – it was in the same ballpark as the Chevrolet Corvette, Porsche 911SC, and Pontiac Trans Am. Each was backed by the venerable 727 TorqueFlite automatic transmission, 3.23 rear end, and suspended on a heavy-duty torsion bar suspension system with sporty styled aluminum road wheels. 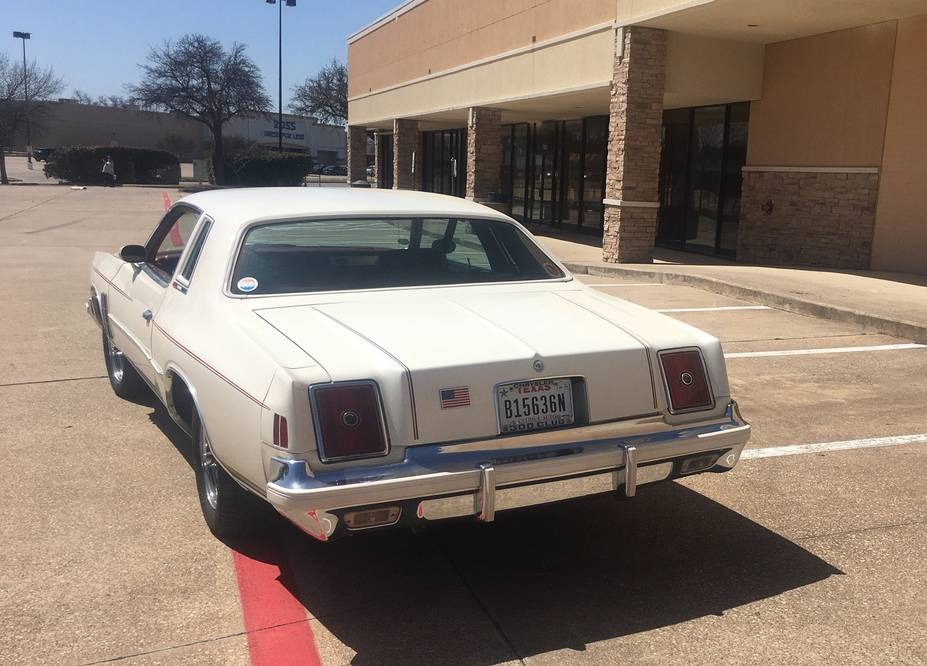 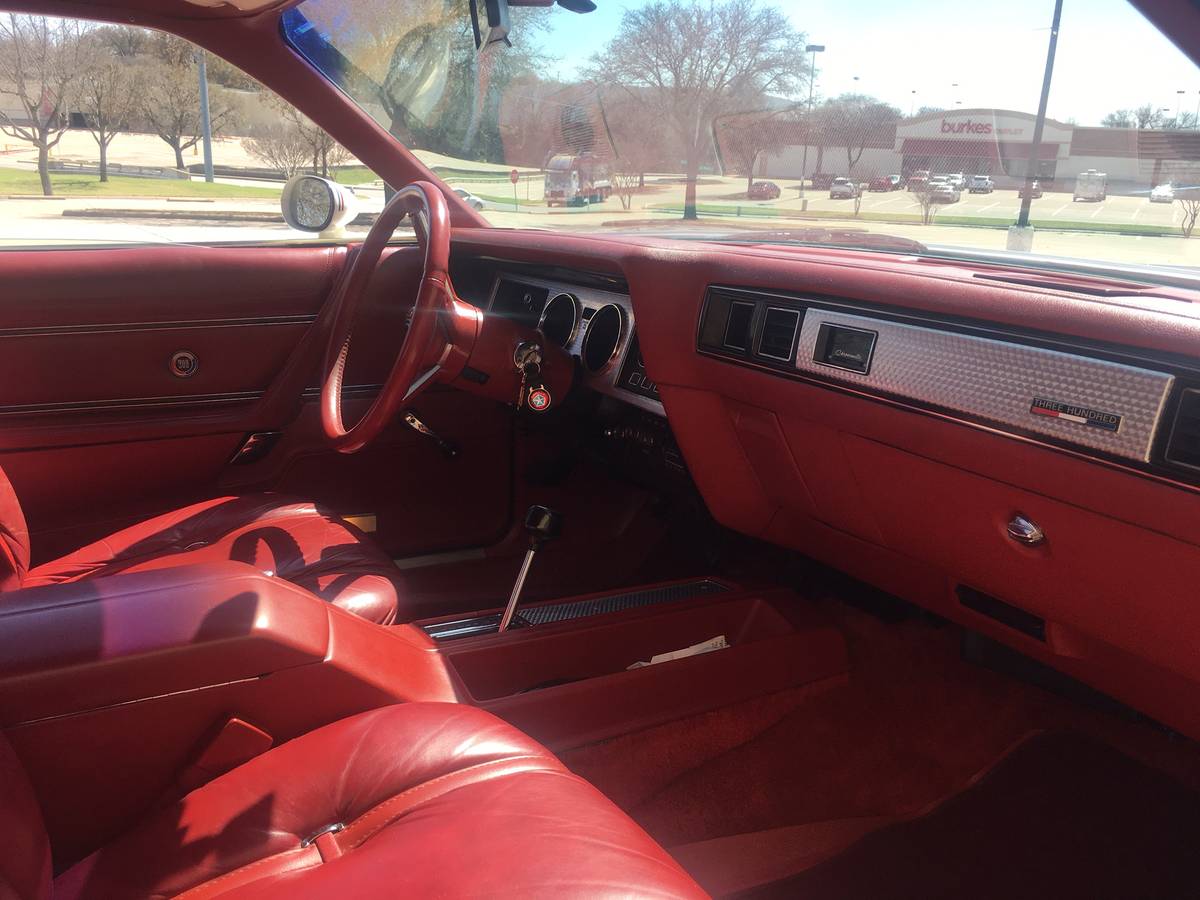 The interior was slathered in red Corinthian Leather with bucket seats, a center console with shifter, and stylish engine-turned aluminum details. The majority of them were offered in Spinnaker White with a red and blue pinstripe, but Canadian customers could opt for Rallye Red. The grille features the signature ‘300’ crossbar, while the ¼-vinyl top seen on the Cordoba was deleted in favor of an all-steel top, and the opera windows have a red, white, and blue bar beneath them. While Chrysler always intended for the 1979 300 to be a limited edition special, production figures are murky at best – some sources state as many as 5,500 being built, while others say 4,292, or 3,815, and still others say 2,900. The formula of the original Chrysler C-300 was there – exclusivity, luxury, performance, and high style. Sadly, the ’79 300 wasn’t quite the performance car people had hoped for – 0-60 times take a leisurely 9-seconds and the ¼-mile about 17-seconds. While the 360ci engine was well prepped, it was taxed by scads of power robbing emissions equipment and a nearly 4,000-pound body. But it was the malaise era, and even Ferrari performance was bleak. Regardless, the 300 is rare, comfortable, and, for the time, a good performance car. 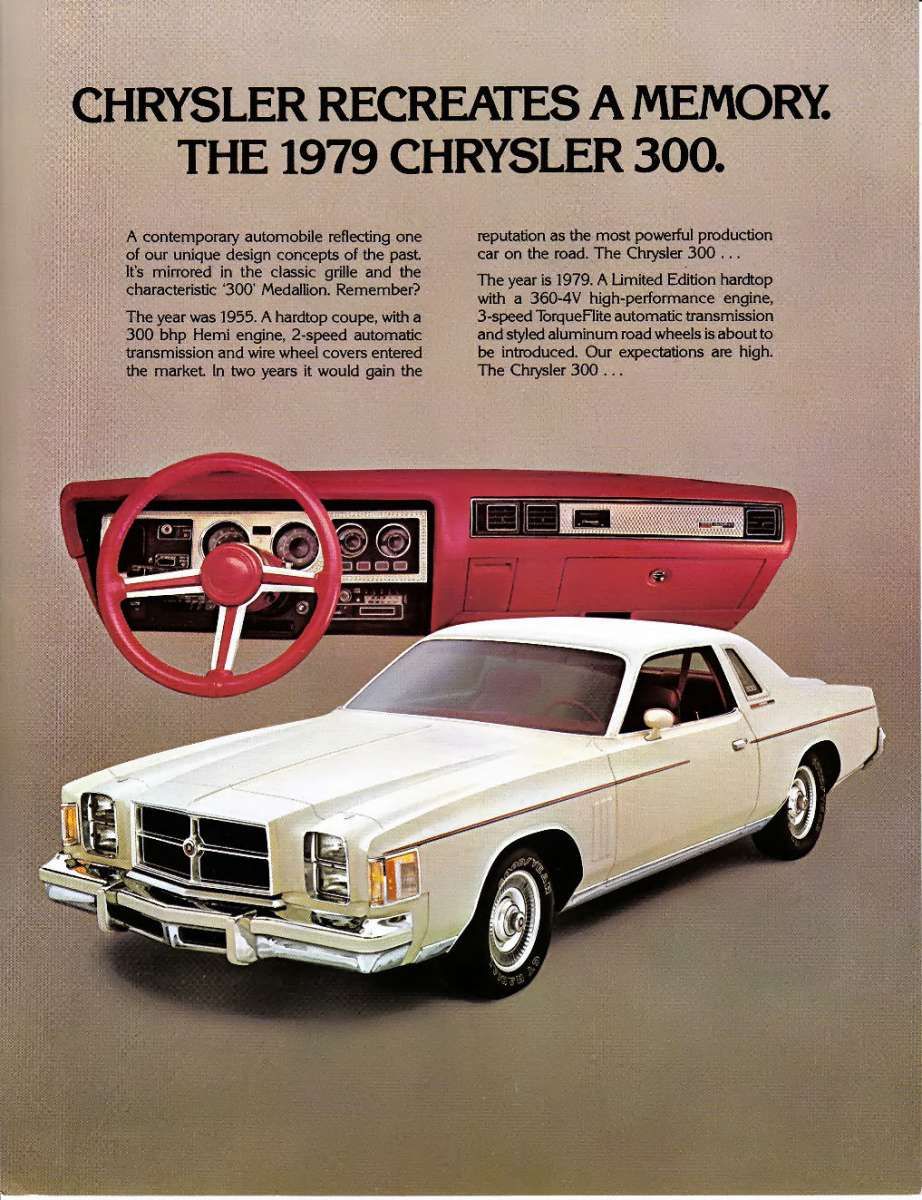 Finding one of these ’79 Chrysler 300s is difficult enough, let alone one that’s been well cared for and hasn’t passed the 100k mile mark yet. A fun and very rare cruiser, the downside might be all those unknowing souls confusing it for a Magnum or Cordoba, but it makes sense. This one shows just 54k miles on the clock, and by the pictures, we tend to believe it’s true. Nicely, the Lean Burn spark management computer has been replaced, and anyone who knows the Lean Burn will likely attest, replacing it is a good idea. That said, the paint, interior, and engine are all said to be original, and they look it – a light amount of wear and dusting, but nothing worth complaining about. The interior looks to be in great condition, with no obvious cracks or tears in the red Corinthian Leather, the dash looks fine, and all that engine-turned aluminum is a refreshing break from the dark wood applique. The listing says all the lights and gauges work, as well as the heater and defroster, and that the air was converted to R134a, but suffers a leak.

Despite few people knowing what the 1979 Chrysler 300 is, they’re steadily creeping up in value. In 2020, Mecum Auctions sold one with 70k miles for $13,200, and in 2016 Barrett Jackson sold a 53-mile example for a whopping $27,500! We think this one is ‘Fair Market’ at or below the asking price and hope whoever snaps it up continues to give it the care it deserves.