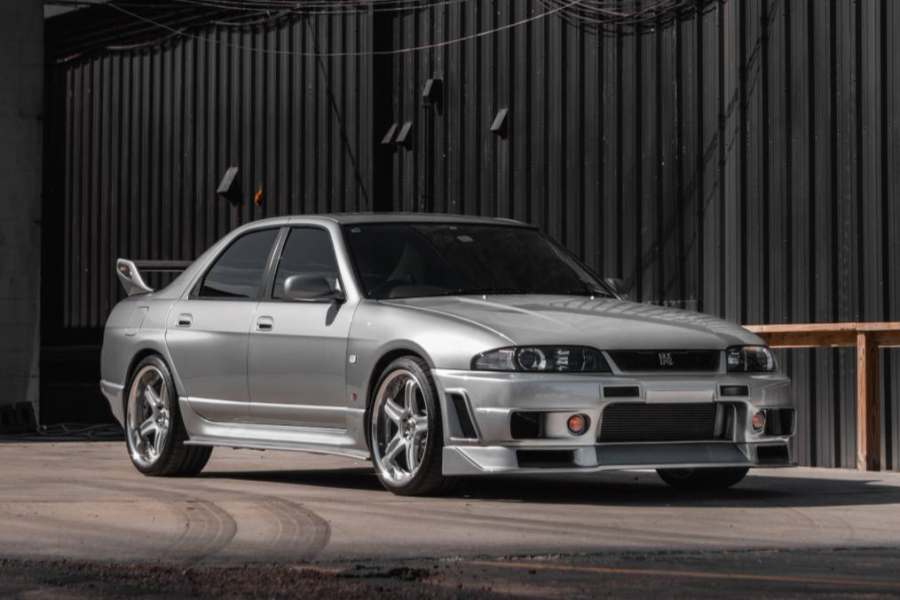 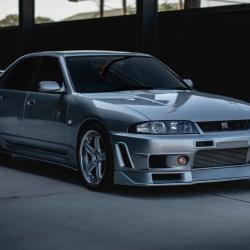 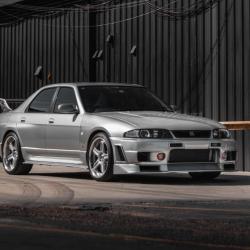 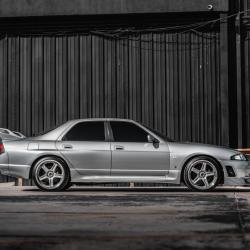 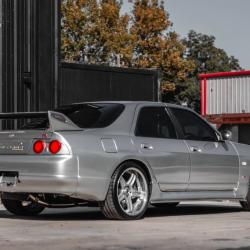 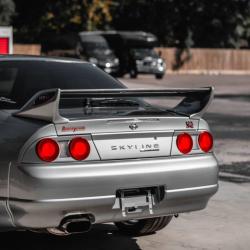 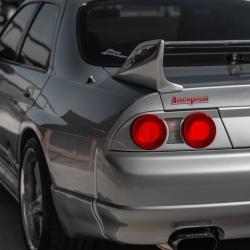 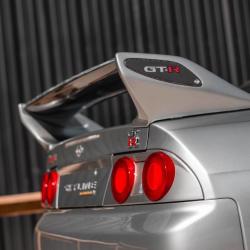 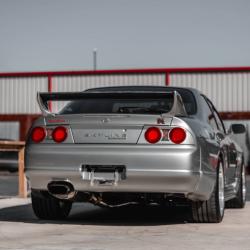 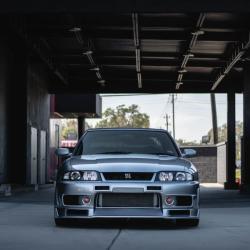 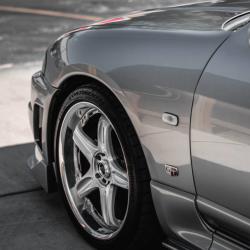 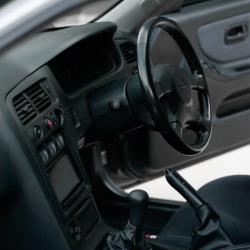 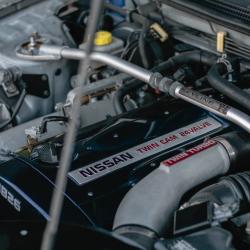 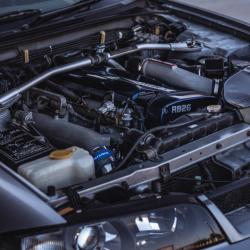 Nissan’s halo car, the Skyline GT-R, needs no introduction. It should also come as no surprise that the company that coined the acronym “4DSC” (4 Door Sports Car) in the ‘80s would later offer a monster of this caliber. Nissan had made Skylines in sedan bodies ever since the model’s debut back in 1969, but once 1989’s R32 generation cars came around, the “GranTurismo-Racing” trim hadn’t been extended to the saloon. Released through their subsidiary tuning house Autech, Nissan ported over the choice bits from their top dog model and limited production to 416 total examples. The differences from step down Skyline models included the RB26DETT twin-turbo 2.6L twin cam inline 6-cylinder engine, an advanced performance oriented AWD system called ATTESSA, the electronic HICAS four wheel steering setup, and some beefy Brembo brakes to reign it all in. These days, one could take a GTS level Skyline sedan and modify it to the same specification, but it wouldn’t be the limited factory skunkworks car this one is. 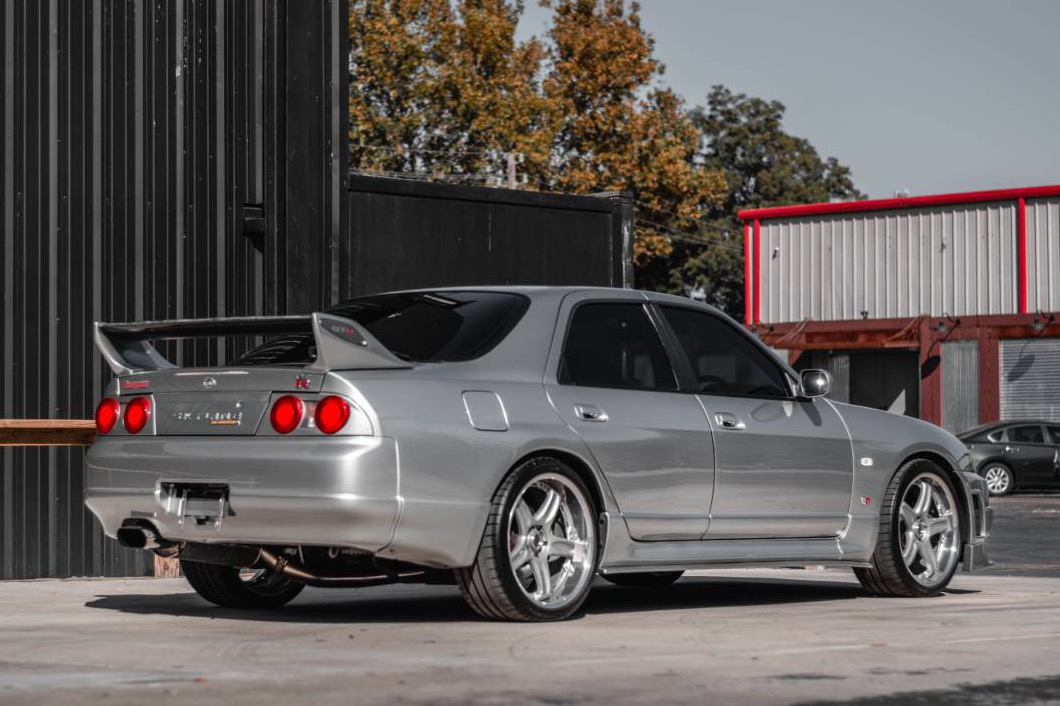 One of the most compelling aspects of Skylines in any form is that they never came to North America - the Right-Hand Drive (RHD) forbidden fruit fantasy looms large. In addition to being extremely limited in numbers, this car has been massaged with choice aftermarket upgrades, while retaining all of its charm combined with an updated appearance for modern enthusiasts. The Nismo front bumper and East Bear rear wing look like they would have come from the factory, and the 19” wheels and custom side skirts ensure that the wheel wells are properly filled with a correct stance. While the body appears lankier than most mid-sized sedans of the era, an E39 5 series BMW is actually 3 inches longer. R33 GT-Rs are a slightly heavier and more refined R32, capable of lapping the Nordschleife 20 seconds quicker than their older siblings. Being able to do this in a 4-door sedan is icing on the proverbial cake. 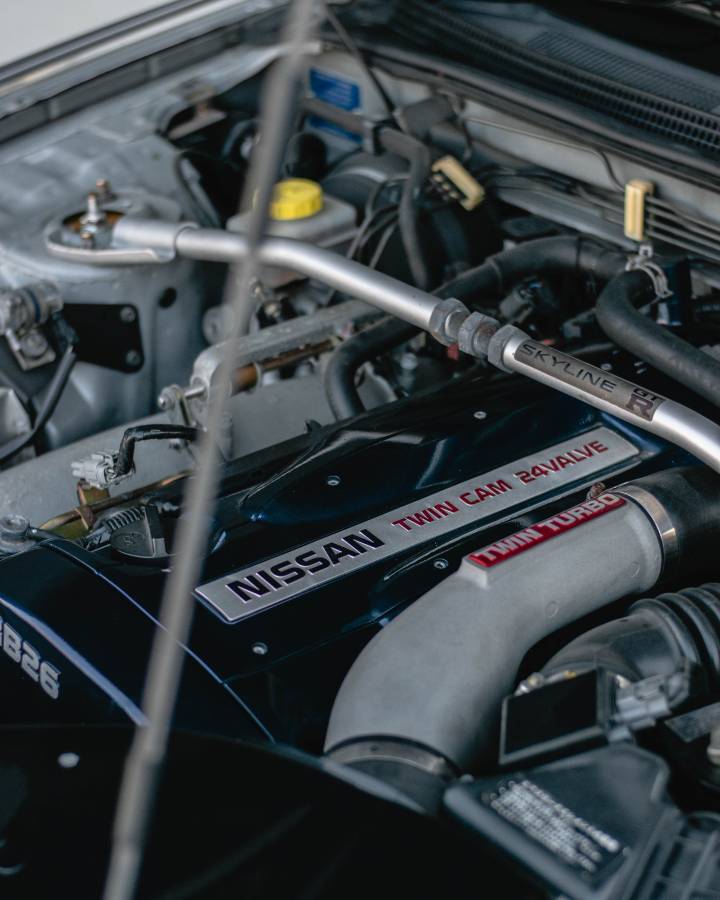 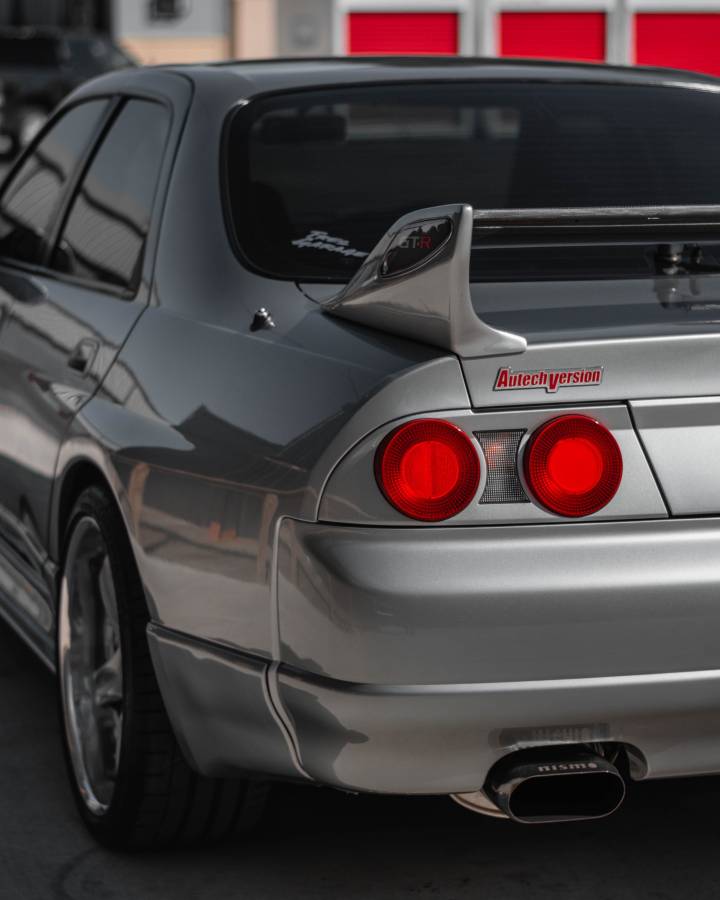 With Nissan’s new factory Skyline refurbishment program, one can now purchase a bolt by bolt rebuild from the engineers who offered these special cars originally. However, at $433k, that’s unobtanium for us mere mortals. Cream-of-the-crop Skyline GT-Rs are still trading around 10-20% of that crazy figure, but the ultra-rare cars are fetching more. For example, a similarly limited (1 of 560) 1990 GT-R Nismo sold on Bring a Trailer in April of last year for $85k. The sheer production numbers make this 40th Anniversary Autech a bonafide Unicorn and probably Worth the Premium on its own. However, the sedan body gives it something extra, it reaches back to the model’s roots and honors that distinct lineage. In the modern era, it didn’t happen before or since, and buying into a unique chapter of Skyline history is damn near priceless. 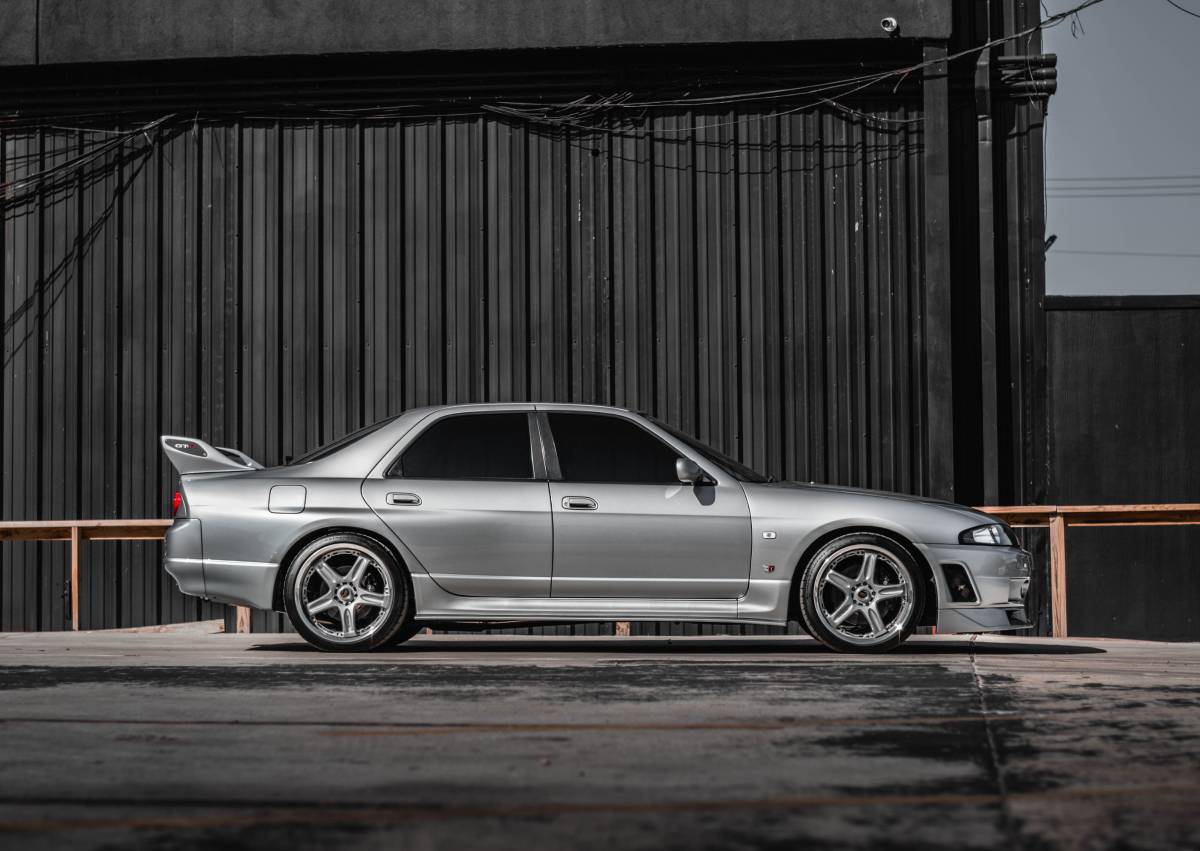