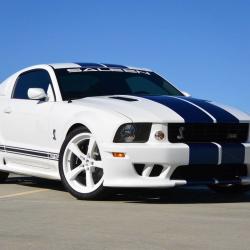 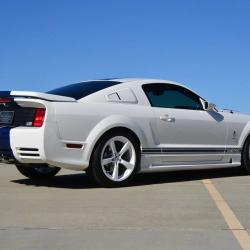 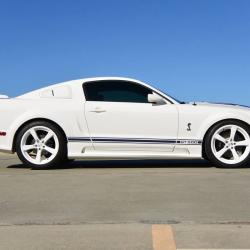 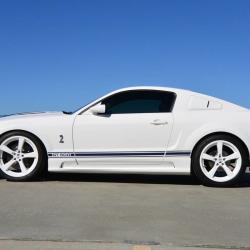 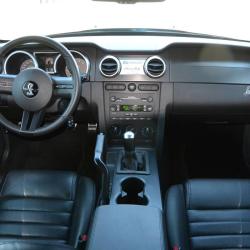 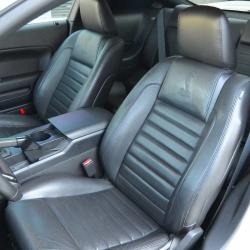 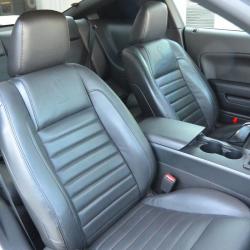 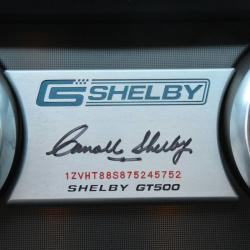 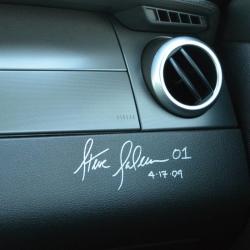 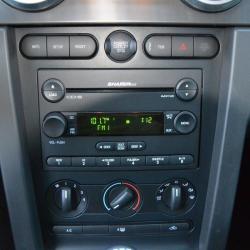 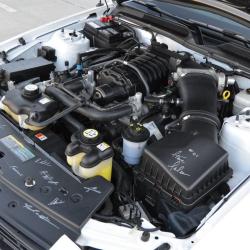 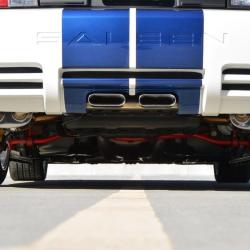 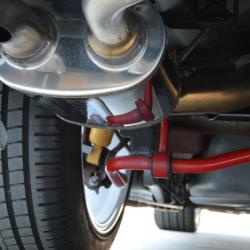 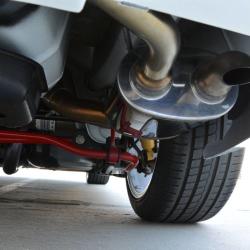 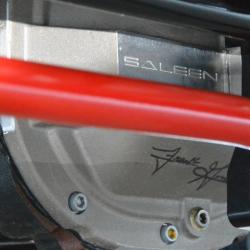 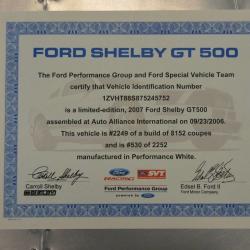 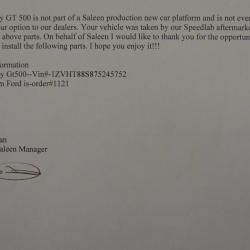 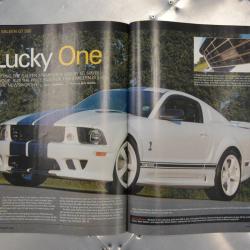 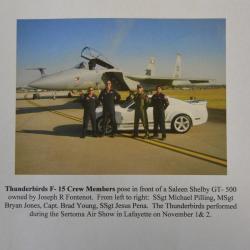 With 500hp on tap from a supercharged 5.4L V8 engine and a bold, bawdy presence worthy of a mean, top-ranked MMA fighter, Shelby’s GT500 returned in 2007 as a more than worthy successor to the legendary Shelby Mustangs of the late 1960s. As soon as word got out about the wicked new Shelby-fied Mustang yet to come, hopeful buyers vied for production slots with deposit checks thrust forward to anyone with a Ford nametag. 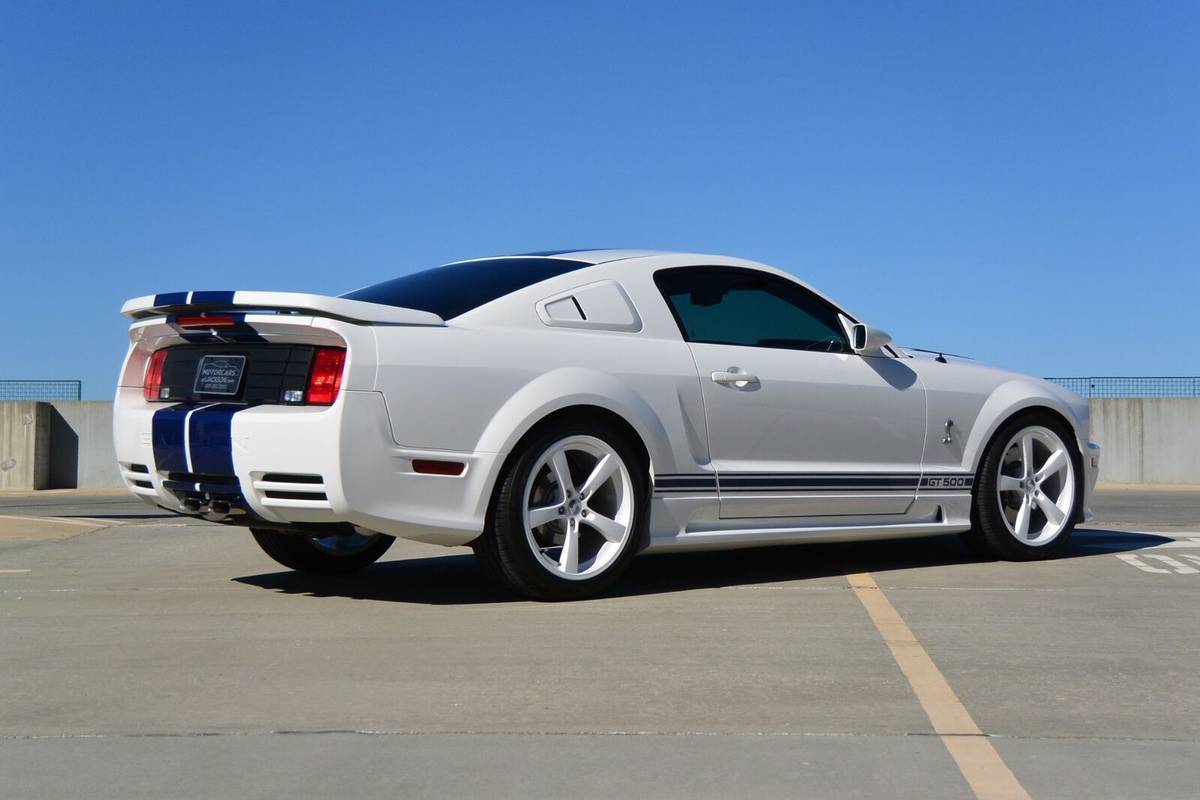 While nearly 11,000 examples of the GT500 Coupe and Convertible were produced for 2007, only one of them – this GT500 Coupe – received further tweaking by the wizards at Saleen SpeedLab. Known as "The Lucky One," it was signed by Steve Saleen and all of the Saleen mechanics who worked on it. According to the seller, it’s essentially as new with just 2,900 miles of use. Corresponding to known history, it was ordered by the original buyer over two years before production even began on the much-anticipated 2007 Shelby GT500. Immediately after delivery, it was sent to Saleen SpeedLab and given further upgrades. 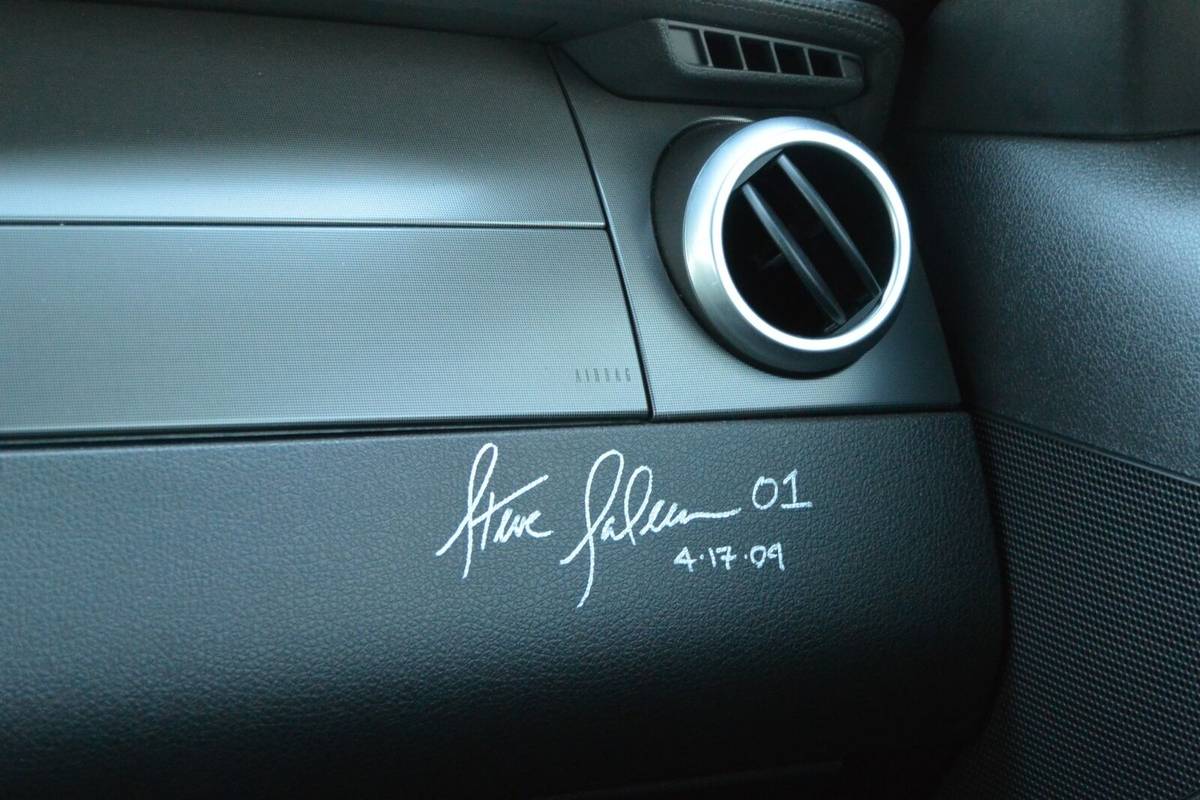 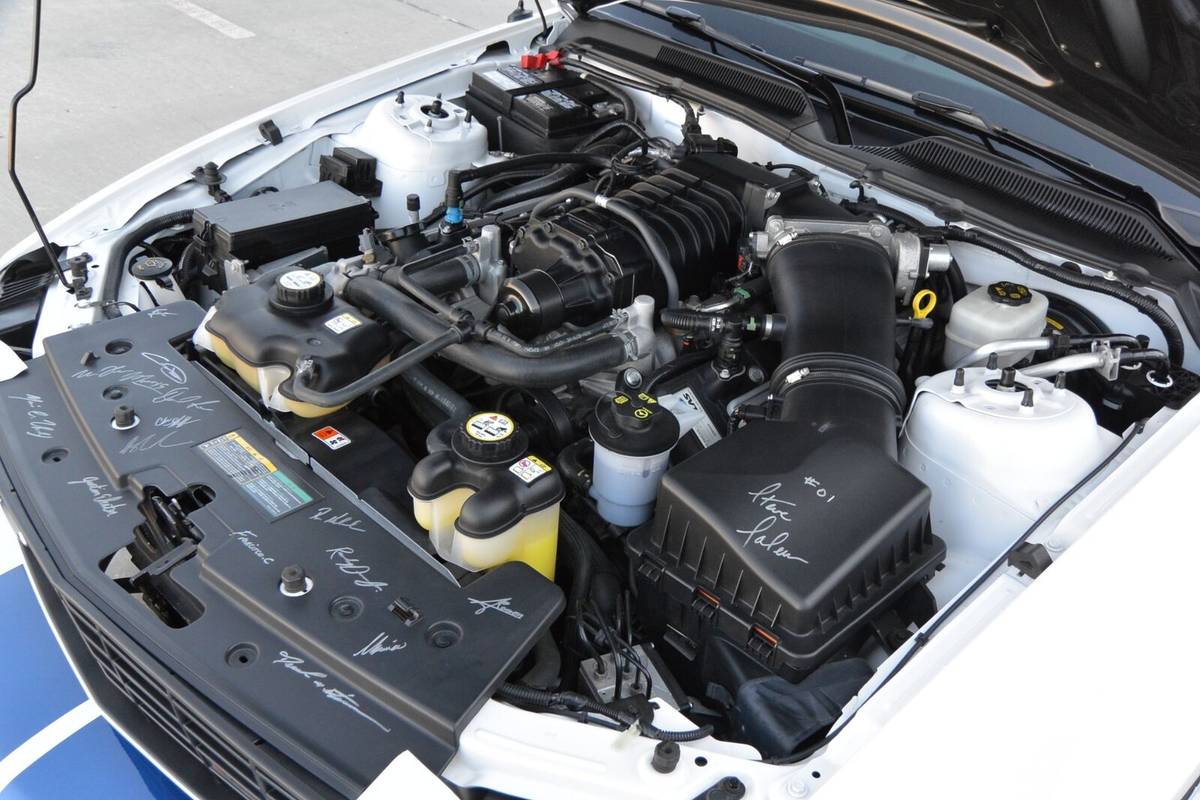 Highlights are many, including the Ford SVT 5.4L supercharged V8 engine pushing over 500 factory-rated horsepower via a Tremec 6-speed manual transmission with short-throw shift lever. Saleen SpeedLab equipment was added and while further research should yield all the upgrades including a tuned power programmer, suffice it to say the GT500 likely delivers monstrous performance over and above that of the already ludicrously potent GT500 spec. 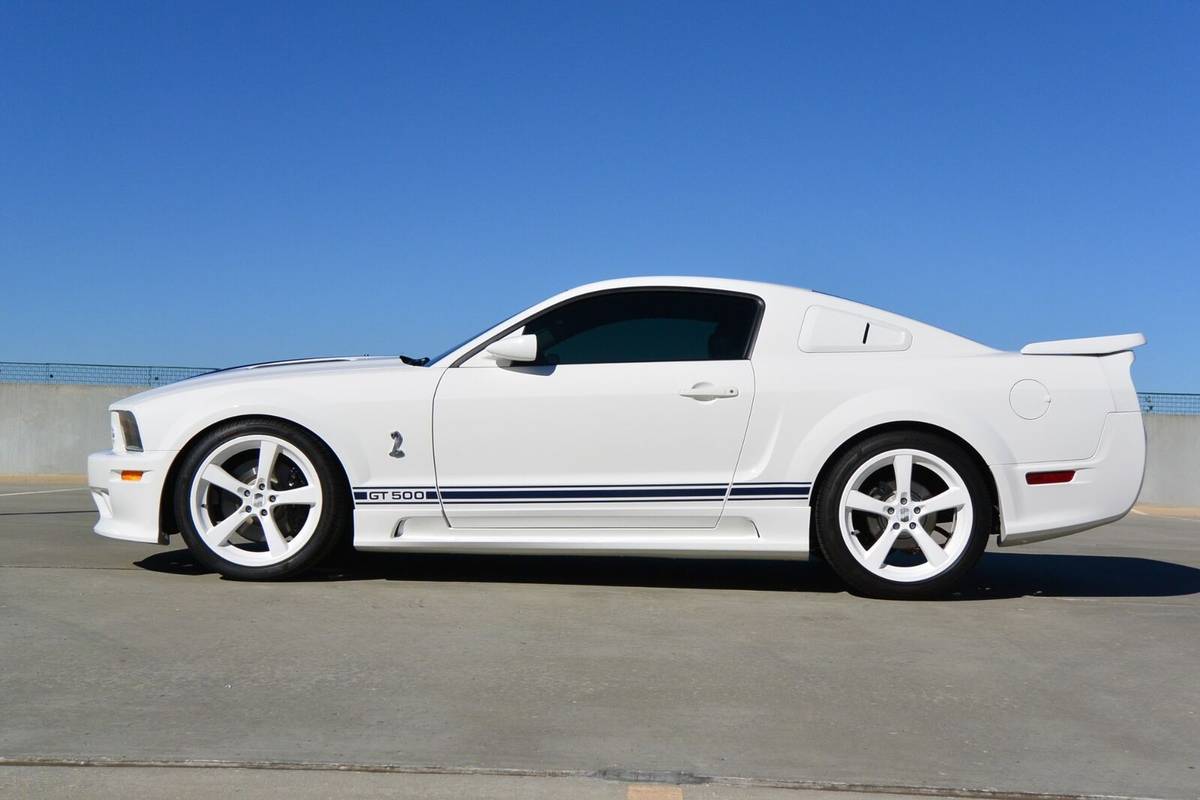 Other accoutrements include the GT500 leather interior, 35% custom window film, the Shaker 1000 sound system including subwoofer, the SVT Performance Package, custom rear-view mirrors, special-order Cobra floor mats, and 20-inch Saleen wheels and tires for awesome grip. According to the seller, this singular pony comes with all books, manuals, two keys, and documentation from Saleen SpeedLab, plus a copy of Mustang 5.0 magazine in which this car was a featured subject. In addition to its awesome specifications and performance, this GT500 is a true piece of automotive history, with the dash plaque signed by Carroll Shelby and the signatures of Steve Saleen and every crew member from Saleen SpeedLab who contributed to the build of this amazing GT500.

With its Shelby and Saleen heritage, this singular first-year example of the modern Shelby GT500 is an excellent find in all respects with incomparable heritage, while ultra-low mileage is the icing on the cake. Full stop. However, market values for the great modern Shelby- and Saleen-massaged Mustang models is a bit soft. And that’s a shame, considering their performance, looks, handling, and luxury that put the old war horses of the ’60s to shame. While far more of the modern cars have been built than even Ol’ Shel could have possibly imagined, our subject car is a true “1-of-1” and perhaps the benefit of 20/20 hindsight will prove in short order that this car is actually a bargain at the seller’s asking price, driving us to declare it well ‘Worth-the-Premium’.