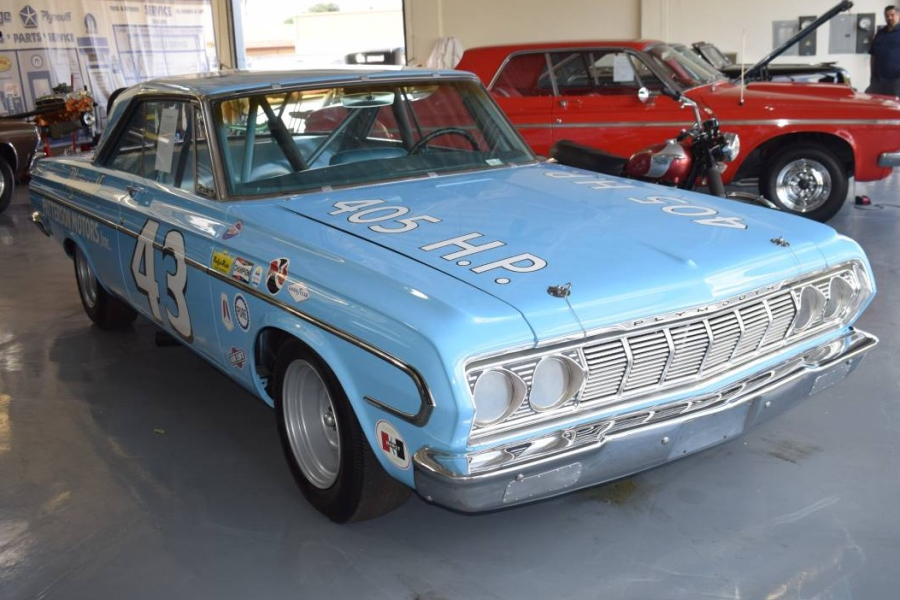 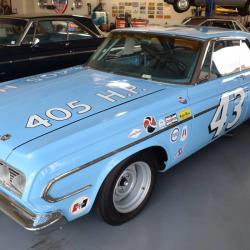 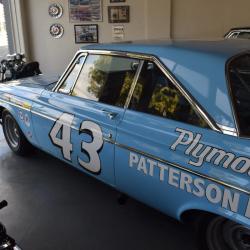 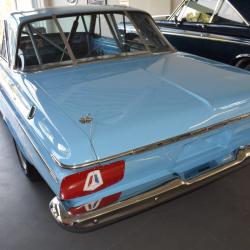 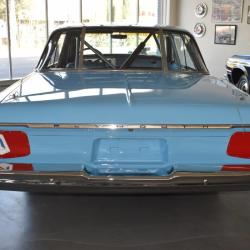 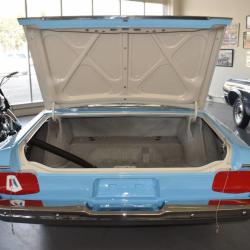 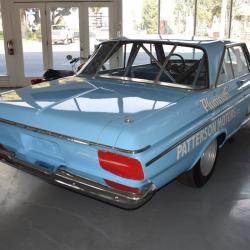 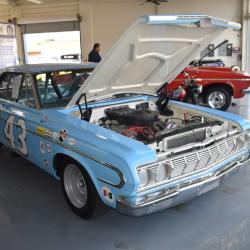 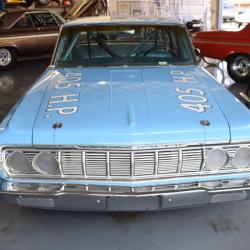 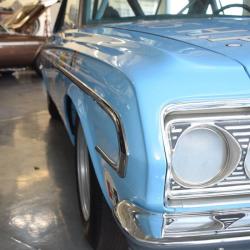 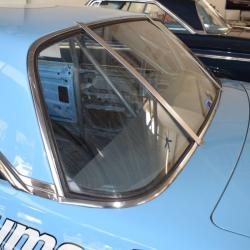 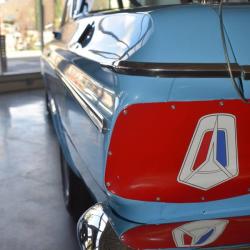 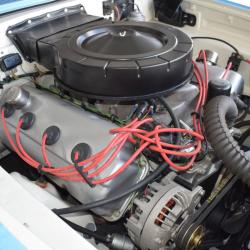 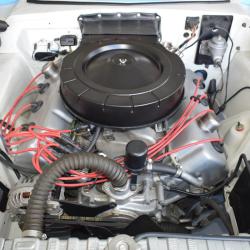 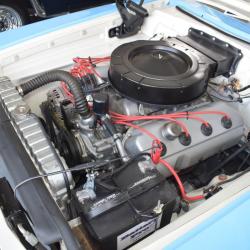 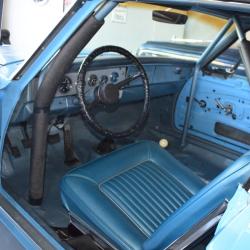 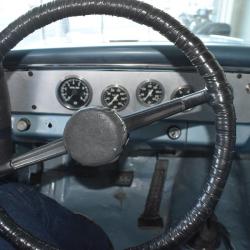 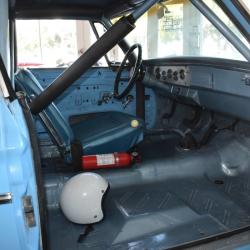 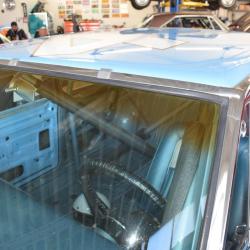 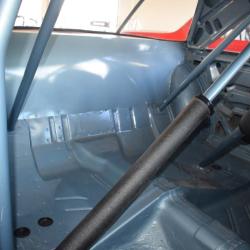 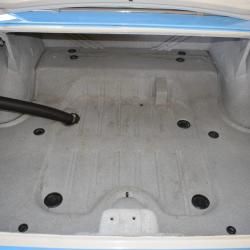 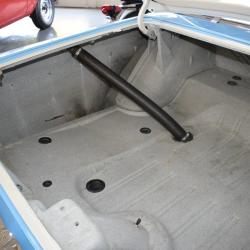 Closely following the hot 413 and 426 “Wedge” engines that kept Dodge and Plymouth entries at the forefront of American motorsports during the early 1960s, Chrysler’s Highland Park, Michigan-based engineers designed and developed the all-new 426ci “Hemi” V8 engine. Blocks were cast, tested to failure, redesigned, and recast just in time for the February 1964 NASCAR Daytona ‘500’, proving utterly dominant with Richard Petty emerging victorious and going on to secure the 1964 NASCAR Grand National championship. Following Petty’s Daytona triumph in a Plymouth, prospective buyers flooded dealerships hoping to purchase a hot new Hemi car; however, “street” versions were unavailable until 1966. Factory unavailability didn’t stop serious enthusiasts, though, and the legend of Petty’s #43 1964 Hemi Plymouth remains stronger than ever today. 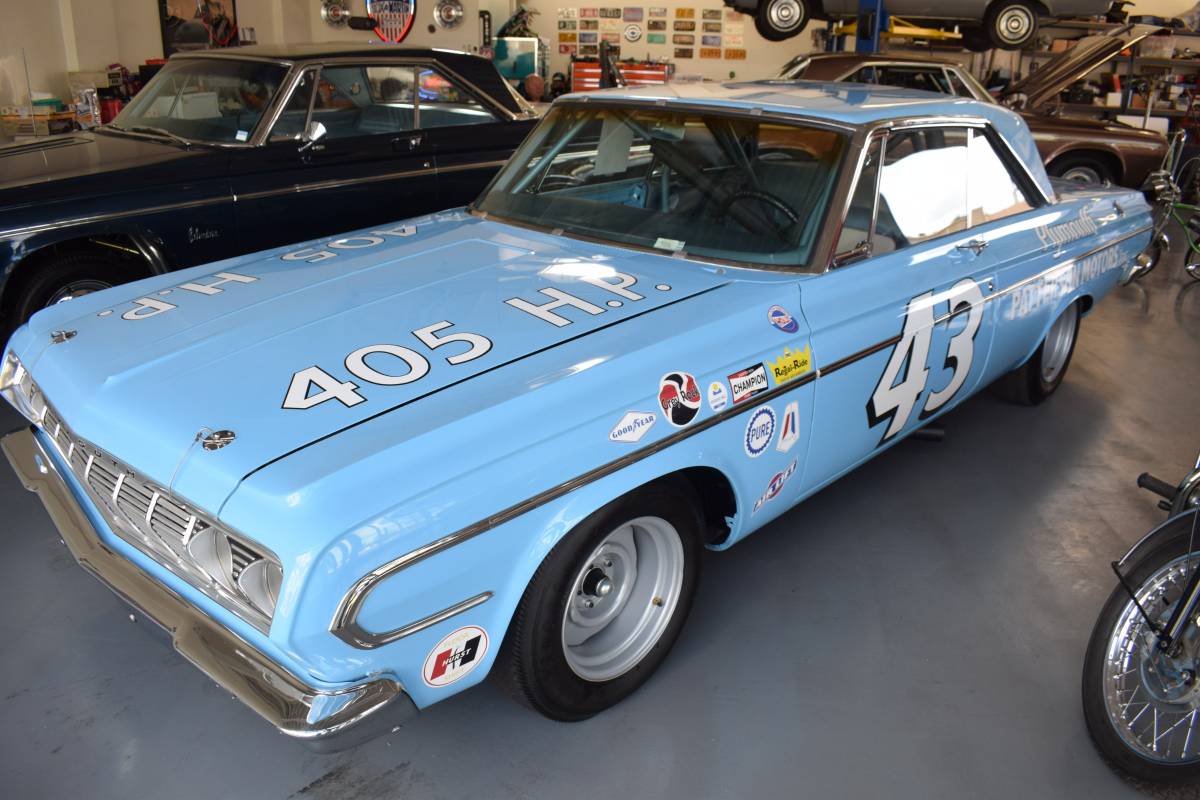 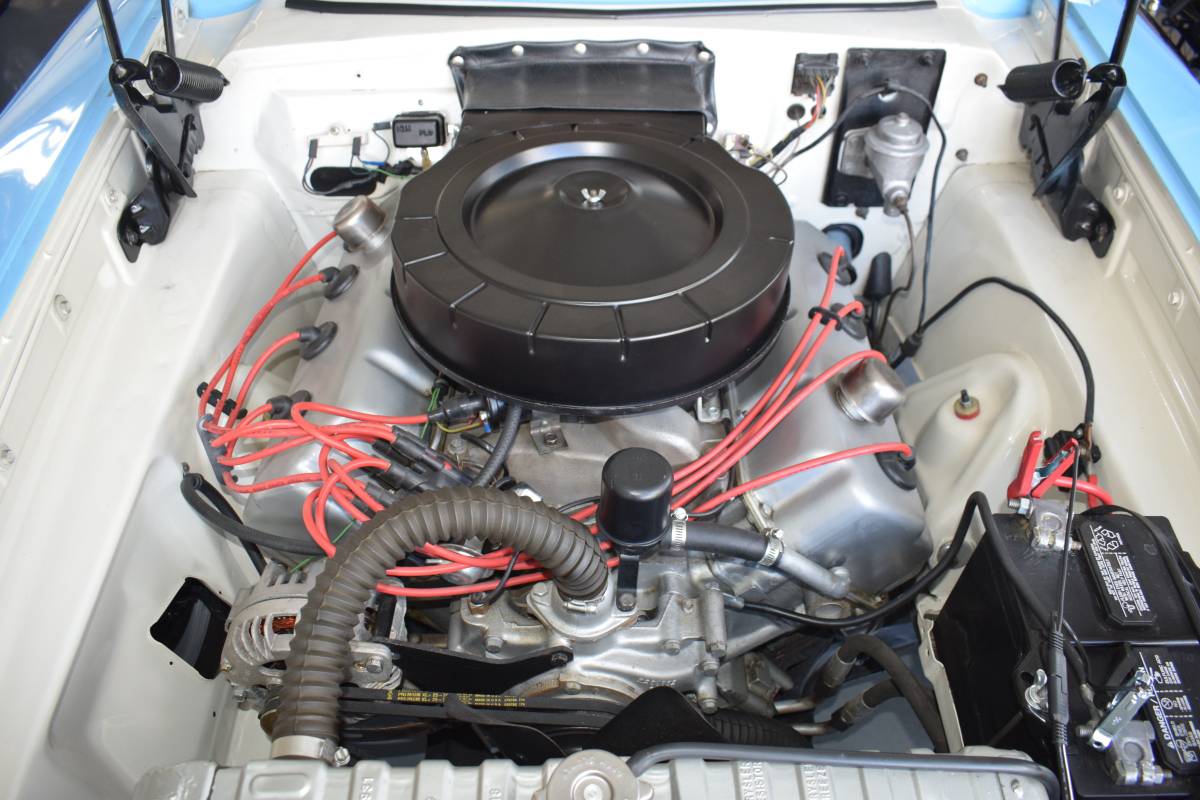 This fabulous 1964 Plymouth Belvedere is an exacting replica of Richard Petty’s all-conquering #43 car of 1964 fame. As related by the seller, it’s powered by a correct 426ci “Hemi” engine featuring a stock-car intake manifold and carburetor setup matched to an A833 4-speed manual transmission and 8 ¾-inch rear end with 3.08:1 gears. Great details include a period correct, stick-welded roll cage, and the paint/decals/wheels look just like the original items, and predictably, the Belvedere is aid to run, sound, and drive excellently. Marking a great find for confirmed Mopar and NASCAR fans, it provides a remarkable opportunity to share in the Petty legacy at an attractive entry point. The seller states the car comes with a clean California title, to boot.

Racing cars were never intended to go on to a second life as valuable collectibles long after their frontline careers concluded. Engines were blown and changed, cars were updated to stay competitive, and the cars themselves were often wrecked, abandoned, and forgotten, spurring tributes or recreations that are often far better than the original articles. Competition cars, and especially tributes or recreations, often do not realize sale prices in line with their excellent history or accuracy, but having said that, they do offer a great way to enjoy 90% or more of the legendary original article at a pretty attractive price point. Our subject 1964 Plymouth Belvedere looks, and likely runs, quite similarly to Petty’s dominant original car, while replicating it would surely be more than the price of admission. These cars are not for daily use, and not intended for the faint of heart and short of change. This one looks awesome, and it’ll be interesting to learn what it sells for. Price is in the eye of the beholders, that is the seller, and a willing and properly funder bidder. Until a deal is made, we have to consider this one fair market.