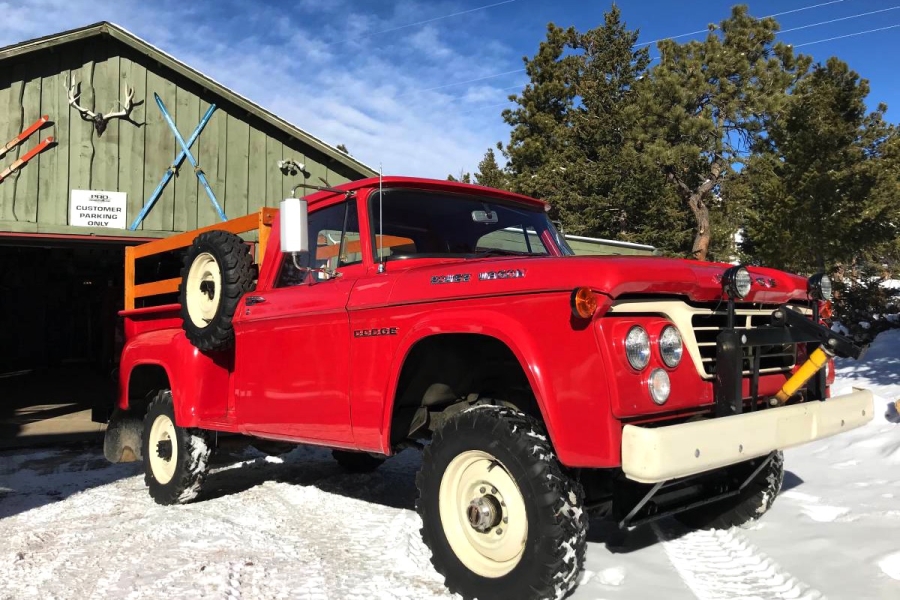 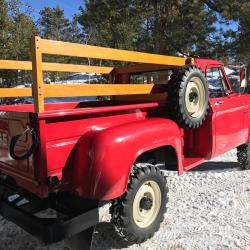 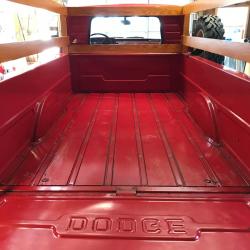 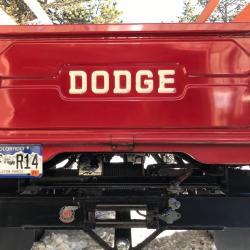 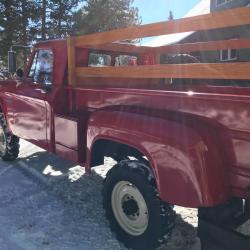 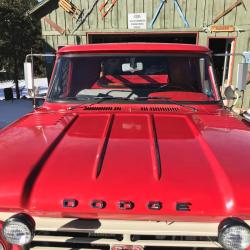 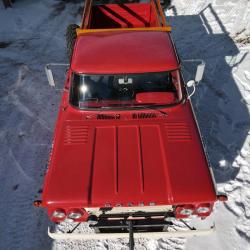 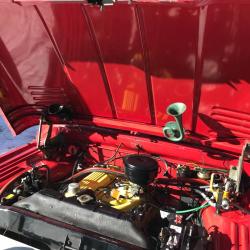 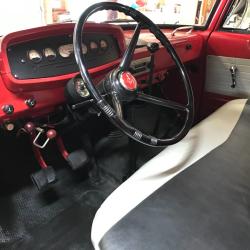 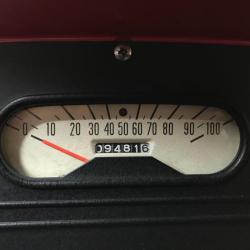 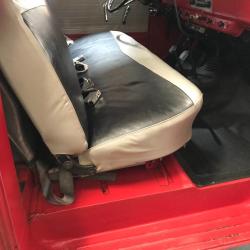 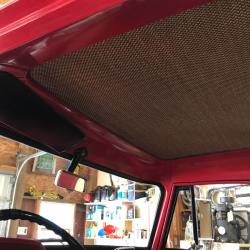 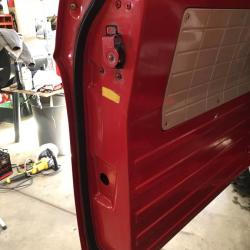 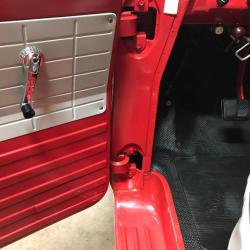 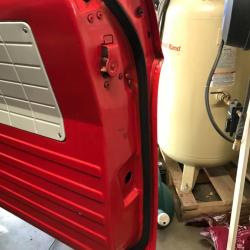 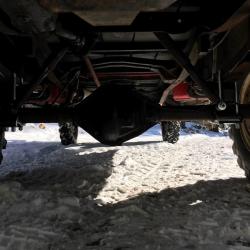 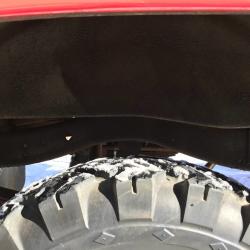 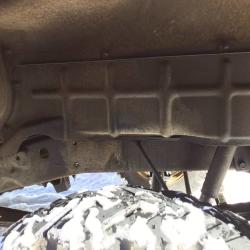 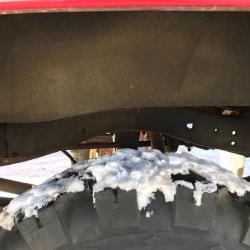 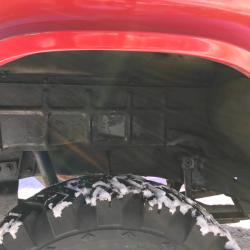 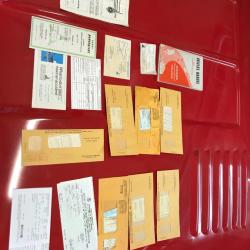 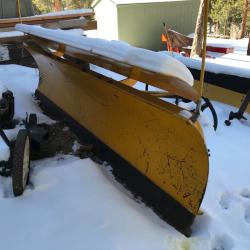 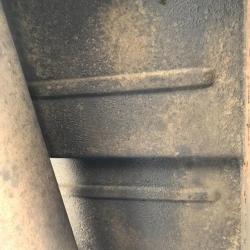 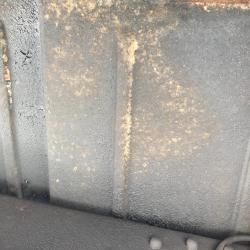 While today’s enthusiasts often see legions of original, restored, and customized Jeeps, FJ40 Land Cruisers, and several generations of Broncos and Blazers, survivor grade examples of the mighty Dodge Power Wagon are quite rare in today’s collector vehicle marketplace. Built for extreme duty with proven military grade hardware from 1945 to 1968 after prewar development and an illustrious wartime career, many Power Wagons were simply used as intended, treated roughly, and parked or parted out after retirement from service. Relatively low production is another primary reason for their rarity, with only some 95k sold in the United States from ‘46 to ‘68 – an average of 4,200 per year. Built with extremely rugged 4x4 drivetrains, these workhorses and their go anywhere durability (even in the most forbidding conditions) became the stuff of legends, and they earned their stripes the hard way in civilian and military service, while changes during production were mainly detail oriented, methodical, and mechanical in nature. However, expansion of Dodge’s successful truck lines brought a change in designation from ‘WDX’ to “WM-300’ for the “old school” Power Wagon, and adoption of that bold nameplate also applied with the advent of the new “Sweptline” body style in the late 1950s, to the new line of 4-wheel drive W-model pickup trucks, and this naming convention would continue through several generations of Dodge 4x4 pickups to follow. 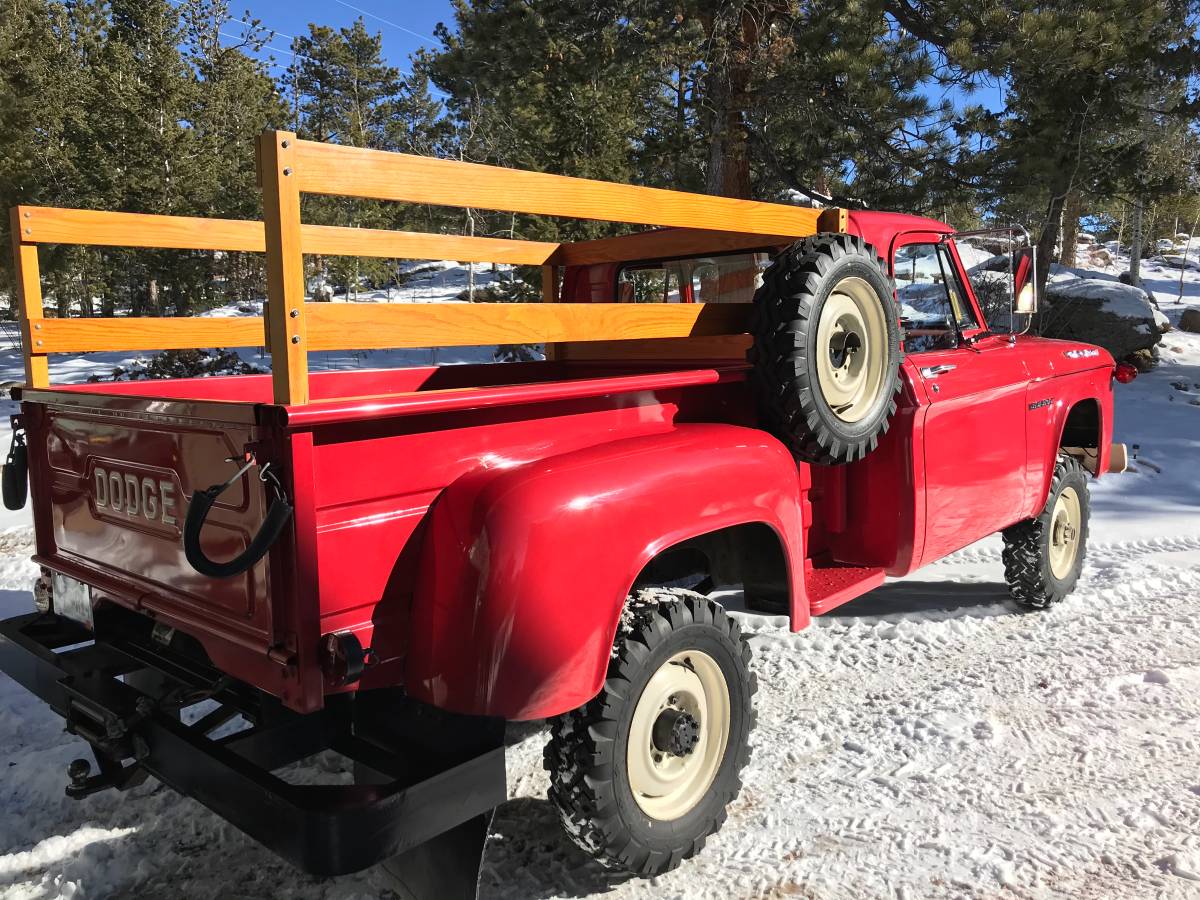 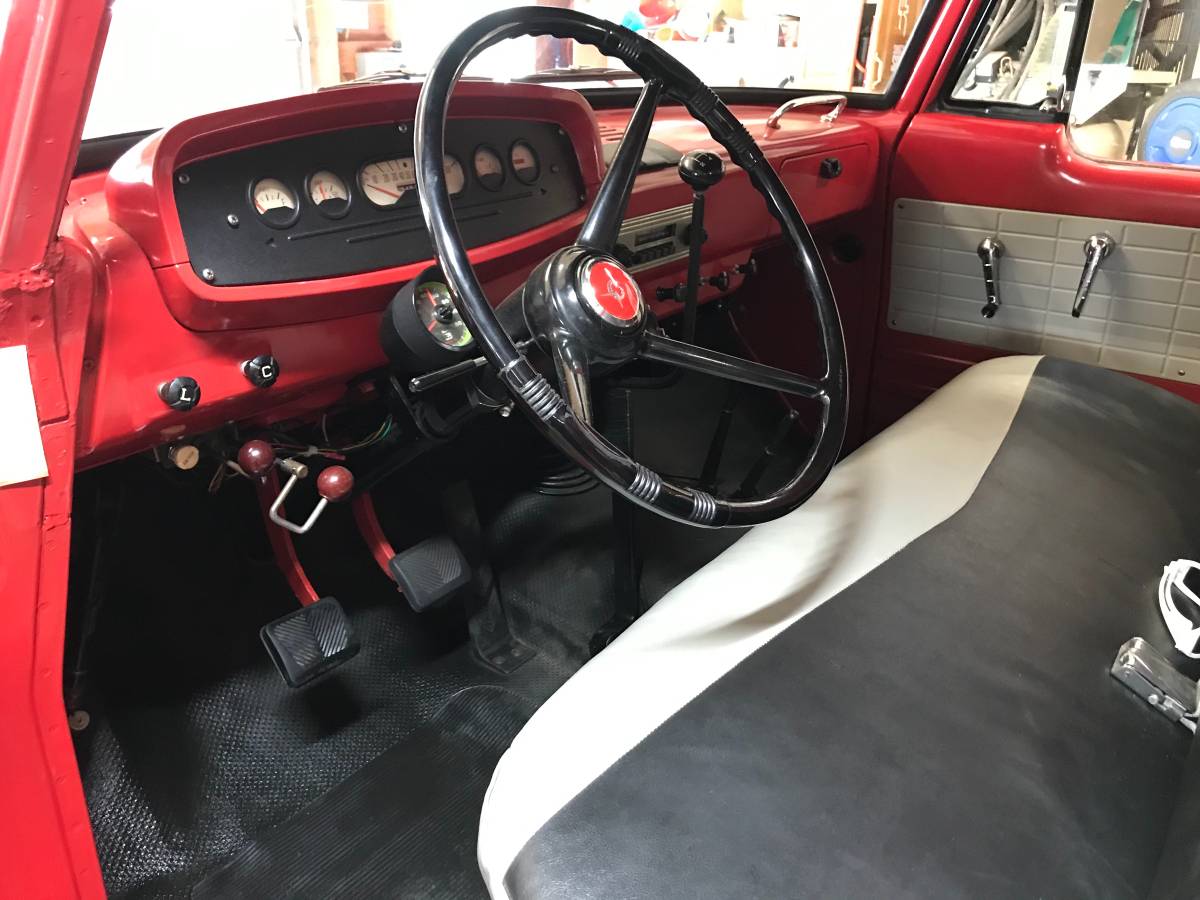 This 1962 Dodge Power Wagon is a wonderful survivor of the latter models, with just 9,481 original miles and full documentation included, and the seller is only the 2nd owner. It was clearly the original owner’s pride and joy who thankfully kept it stored indoors, and it retains the original paint (except for the driver’s door). The vehicle retains the outstandingly powerful factory 225ci “Slant 6” engine, 4-speed transmission, and stump-pulling 4.88:1 gears. According to the seller’s comments, the truck still runs and drives like new and is solid with no rattles, while the doors, hood and tailgate smoothly open as they should. It also has a rear PTO (Power Take Off) winch and even comes with a snow blade for amazing utility. Until recently, the seat had a plastic cover preserving it nicely, and the bed floor was also covered from day 1, so it’s in like-new condition, as well. He has owned Power Wagons for over 25 years, and we agree with his claim that you won't find another Sweptline Era Power Wagon in this original condition. It comes to market with a clean Colorado title in the name of the seller, a true enthusiast of these iconic trucks, who states they also have a ‘62 Dodge M37 for sale that could also become yours.

That’s all well and good, but you’re likely asking, “so what is it worth?” Power Wagons like this example from 1962 are quite rare to say the least, with Bring a Trailer only offering a handful of similar ones over the past few years. Hagerty’s online valuation tool assigns values from just $13,600 for one in #3 good condition, up to $38,500 for a concours-worthy #1 specimen. While the seller’s asking price is a tad above the insurer’s #1 value, and well above several comparable sale results, our subject vehicle’s amazingly low mileage, 2-owner roster, and incredibly good preservation makes it a prime example that’s most certainly worth the premium, in our opinion. 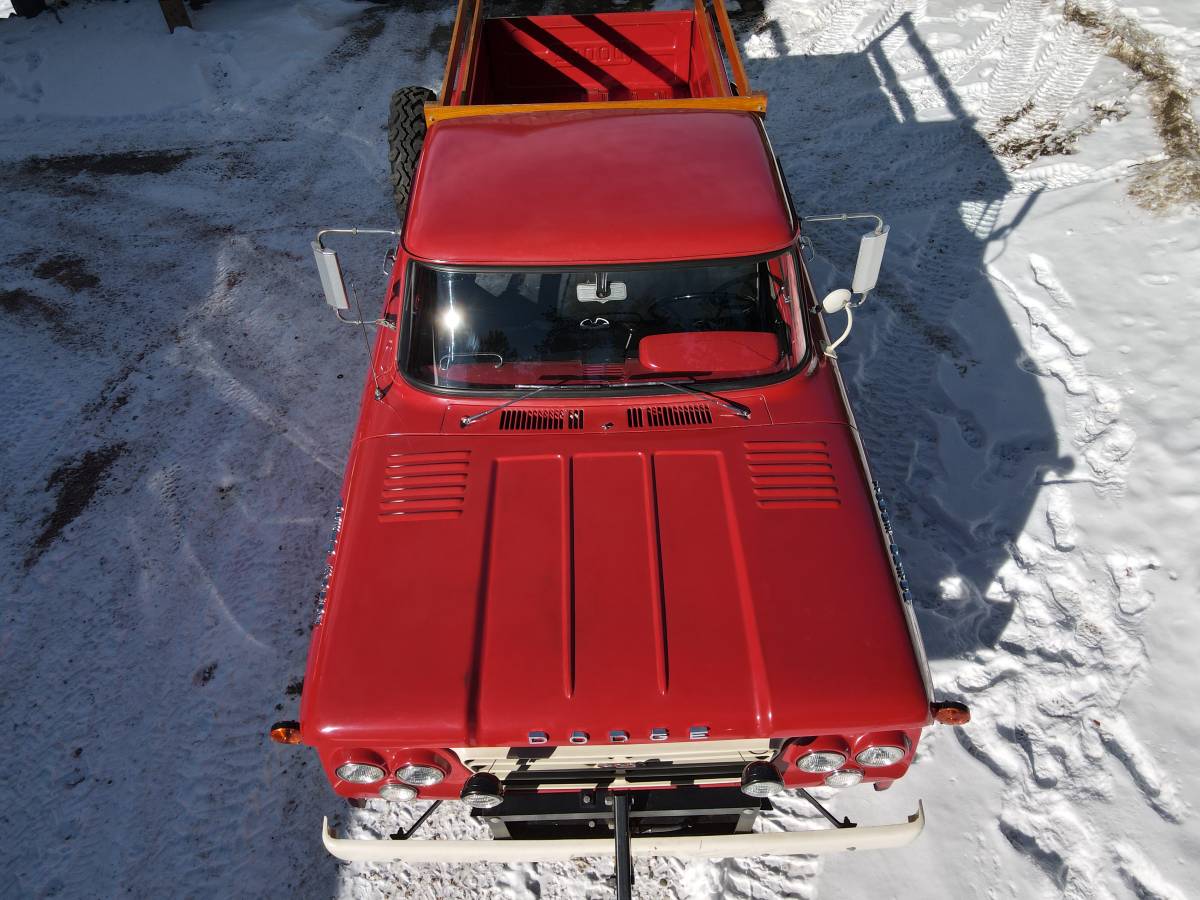 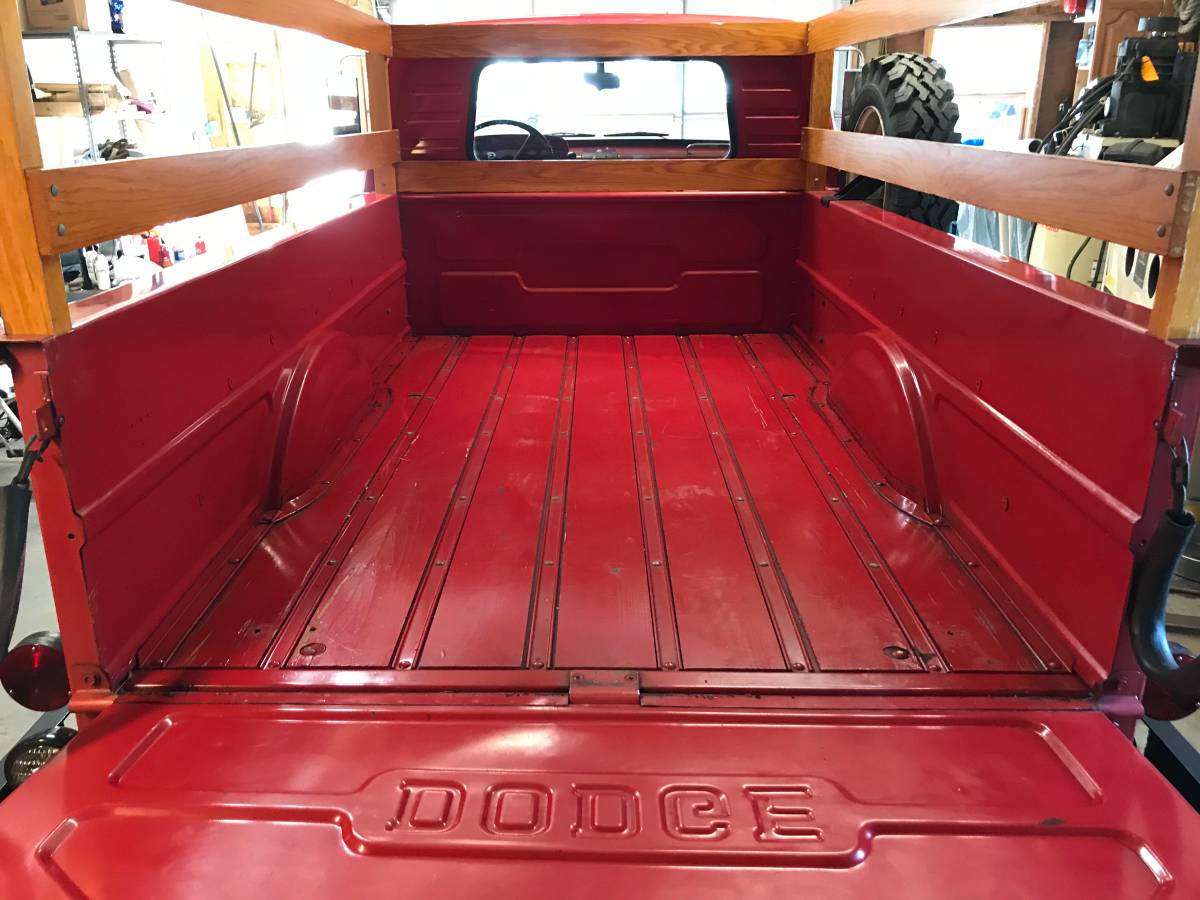