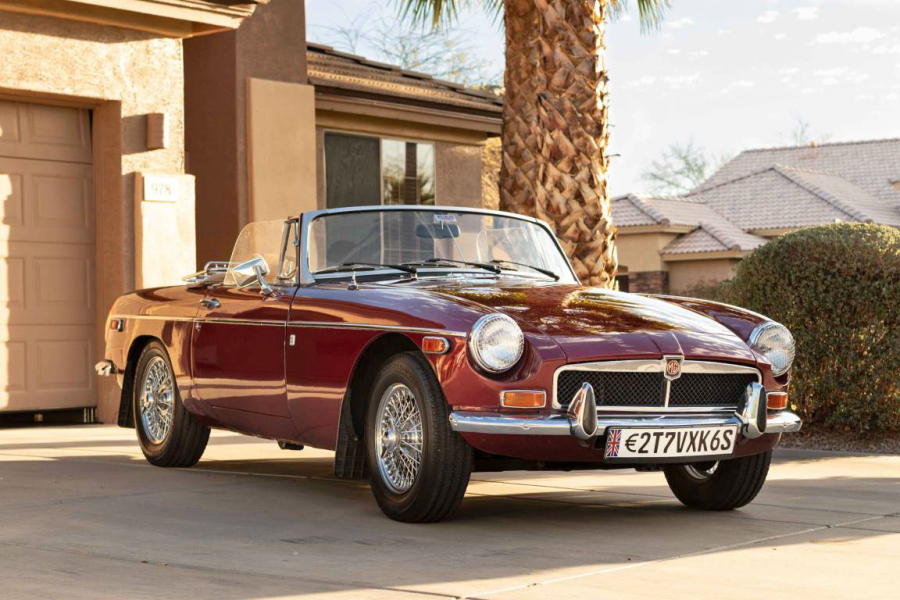 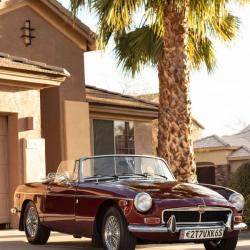 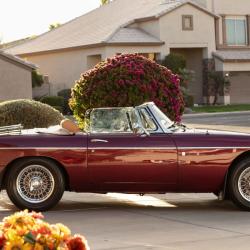 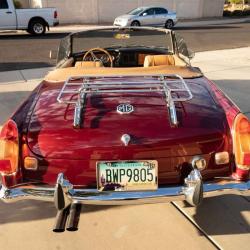 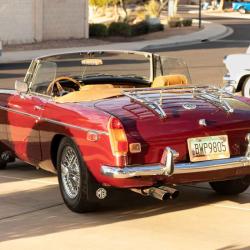 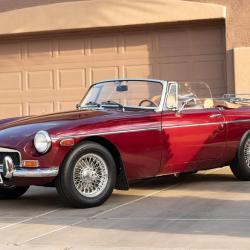 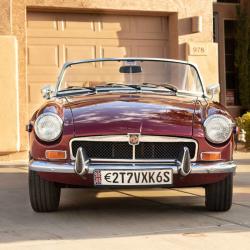 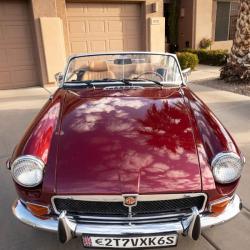 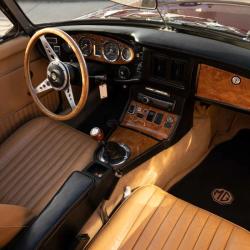 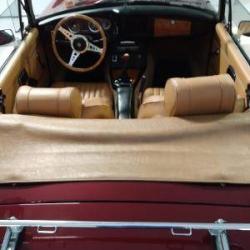 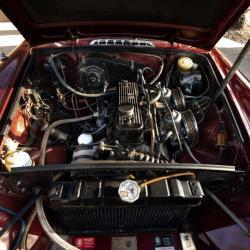 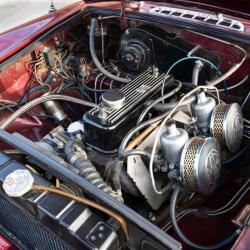 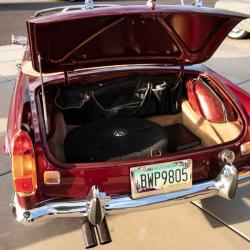 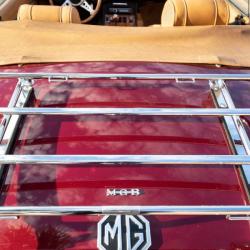 Debuted in October of 1962 at the London Motor Show, MG’s new MGB (which succeeded the MGA) is considered Abingdon’s first “modern” sports car. Featuring race derived monocoque construction and modern, uncluttered styling, the MGB includes roll-up windows and a useful trunk, with power supplied by the company’s tried-and-true OHV inline 4-cylinder engine routed through a 4-speed manual gearbox. Competition success was strong, with MG’s works drivers scoring wins in top international events from the start. The MGB remained in production for the next 18-years and went on to become the most successful British sports car ever produced. Beloved by legions of British sporting automobile fanatics, the MGBs most favored are those produced with slim chrome bumpers and lower ride height through ’74, before the adoption of heavier rubber-covered bumpers and raised suspensions in compliance with stricter safety standards in MG’s crucial North American export market. 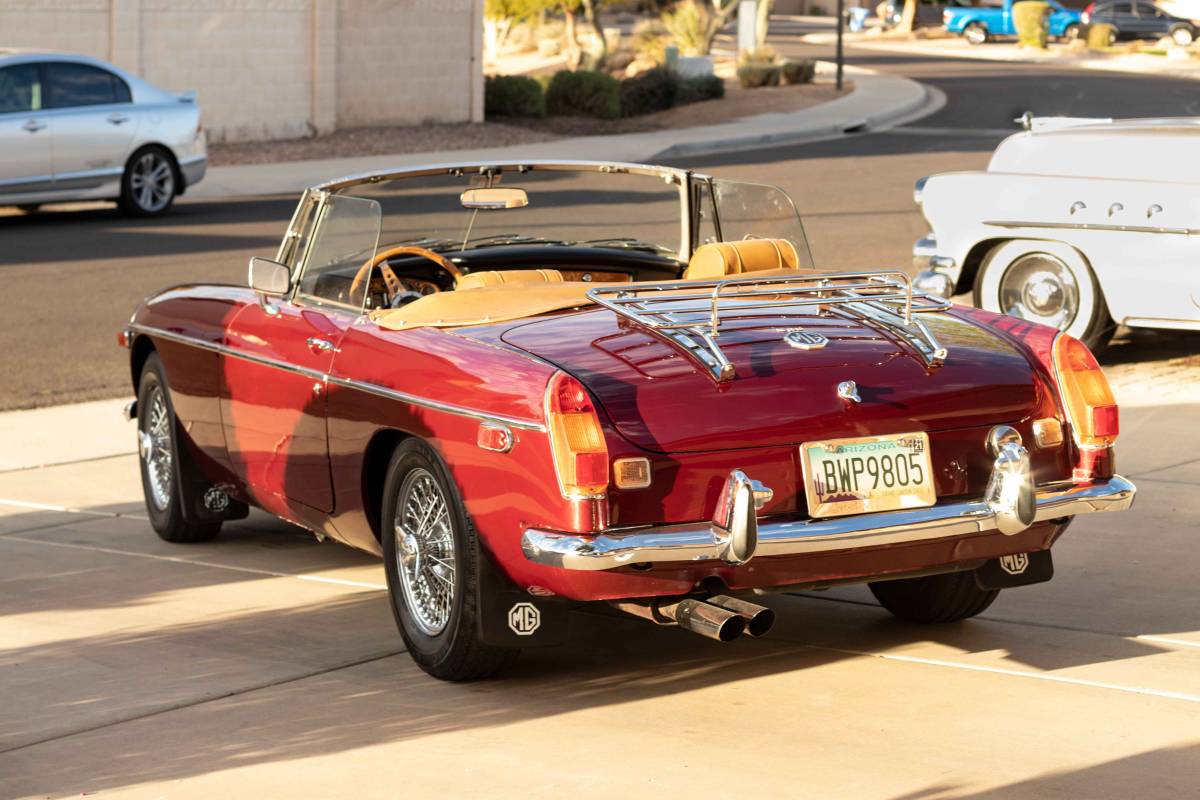 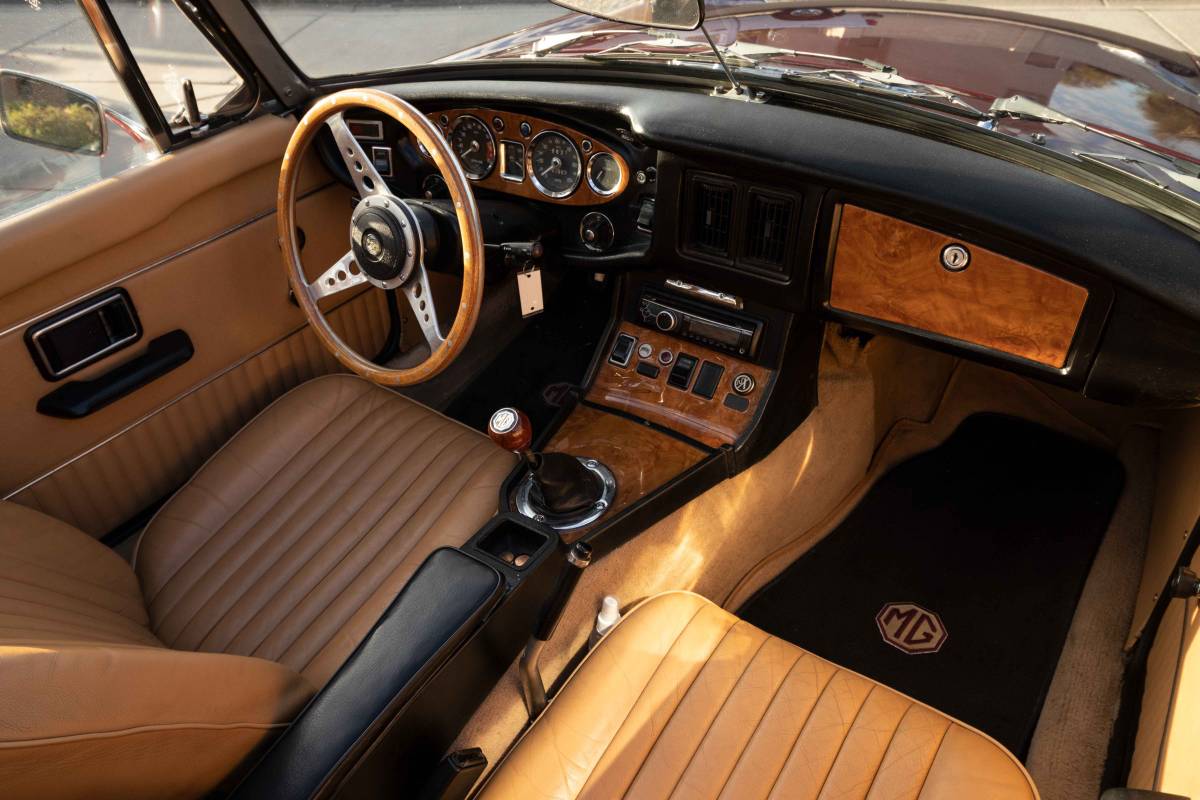 Offered in great restored condition with excellent colors including a black soft top and tan cockpit, this very desirable “chrome bumper” 1973 MG MGB comes to market with 61k seller-stated miles. Predictably fun to drive, it’s declared by the seller to run, drive, and sound great. True to its roots with a twin-carb 1.8L engine and 4-speed manual transmission, the car also sports a luggage rack, wood grain steering wheel and dash, wire wheels, and an oil cooler. According to the seller’s description, it was refurbished to be a daily driver or classic show car. They report the restoration is older, albeit well preserved with proper garage storage. During the photo-documented restoration, the car was given a bare-metal repaint and it looks very nice as now offered for purchase. 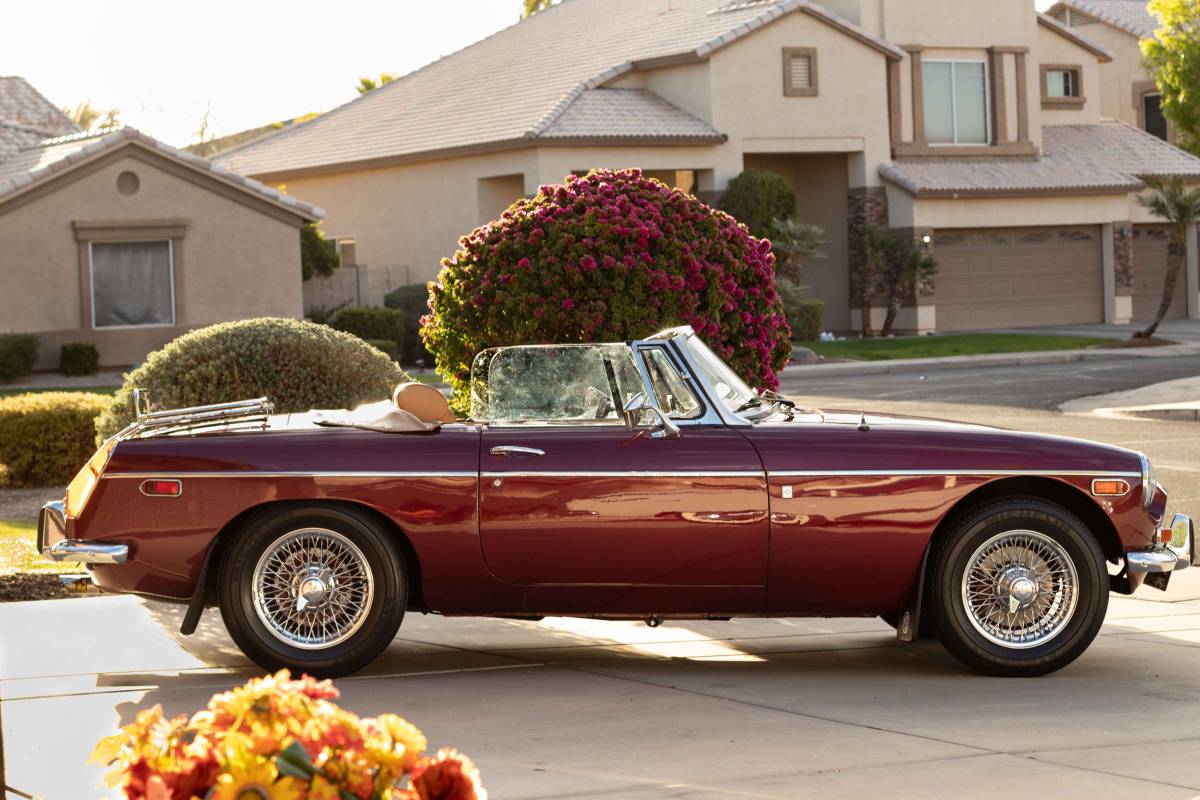 Since so many MGBs were produced, valuations are predictably range-bound. However, the 1974 and earlier “chrome bumper” cars are highest on the food chain. Sparing you a detailed value discussion, our subject car is far better than most and comes to market in great restored condition with striking colors and presentation. It’s priced like a 3+ or 2- car, yet looks far better than that, at least judging from the online photos. No doubt about it, it’s a great price for a great looking car.

darkleaf999
This is actually a really nice looking MGB and I think the price is totally reasonable. It's clearly been restored, but done well. I don't see any major issues with it. Damask red is a lovely color, and the tan interior works very well with it. It could use an overdrive gearbox but other than that I think this would be a fantastic MGB for anyone who is looking for one.
2 minutes